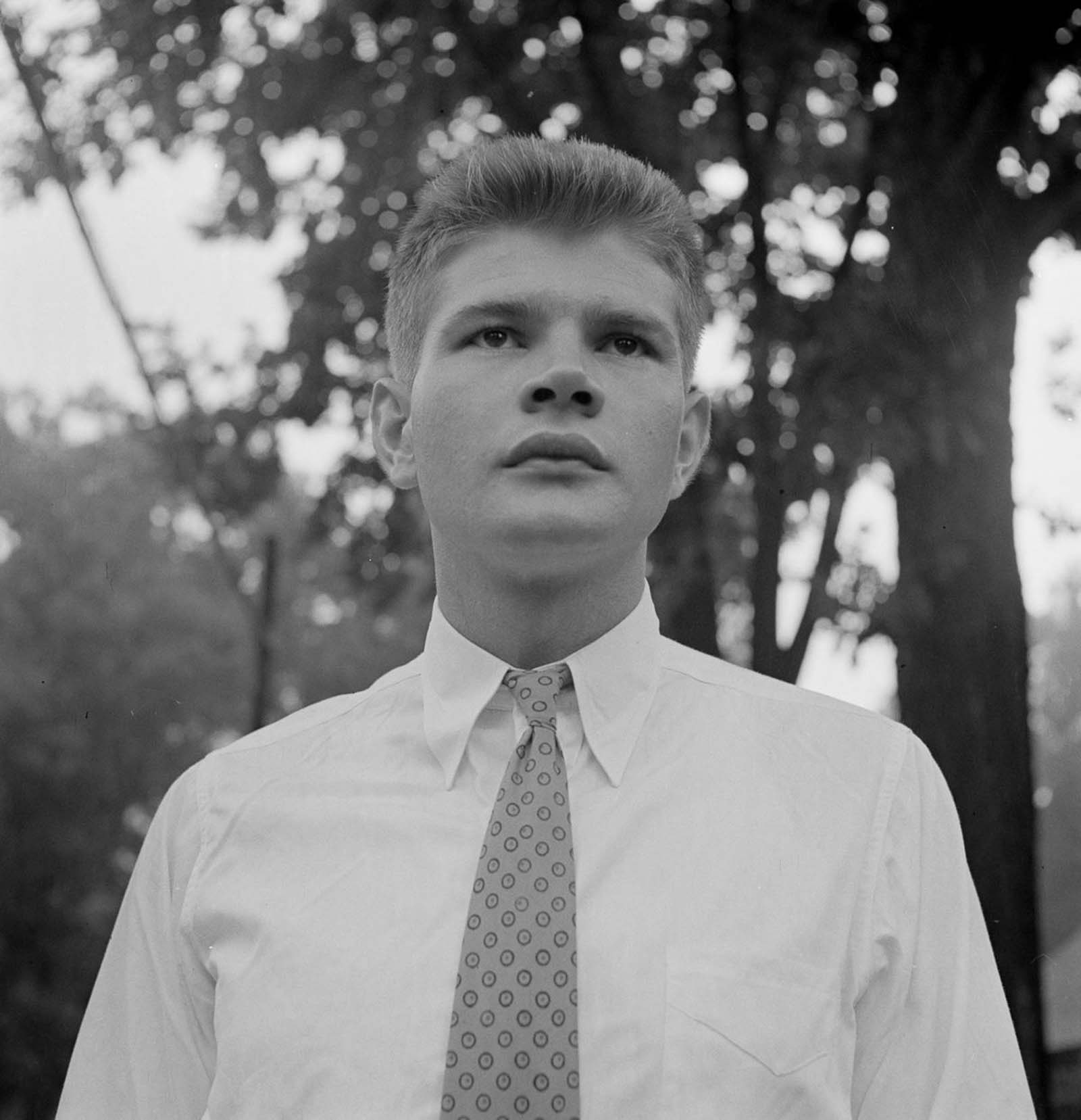 During the early years of World War II, various initiatives were undertaken by the US government in order to increase the public’s support for the American war effort.

In 1942, photographer Jack Delano was tasked with capturing a young American man, George Camblair, transforming from a regular US citizen into a battle-ready soldier. These photos depict his striking transformation and document his journey of an average young man into a skilled and disciplined soldier.

Each branch of the US military service required different skills, but all new recruits went through a few weeks of basic training, often called “boot camp.” The goal was to turn the wide variety of individuals who entered the service into teams of fighters who could work seamlessly with one another to achieve their objectives.

A typical inductee into the Army arrived at the induction center via train or bus, and was immediately hurried into a line. Over the first days, the recruit’s hair was cut very short, he was issued several duffle bags worth of equipment, and sent through seemingly unending medical examinations. 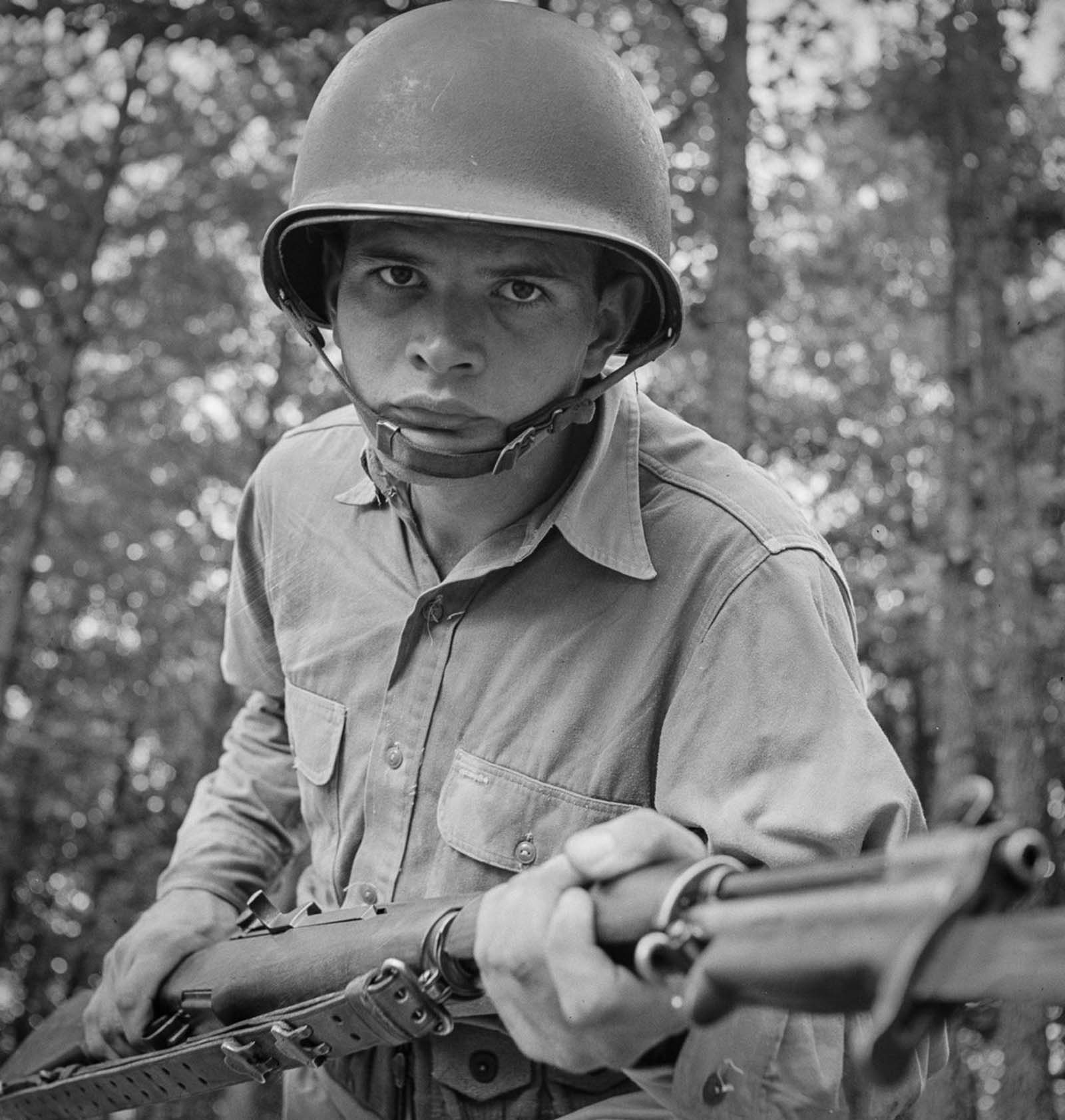 Finally, the soldier was able to retire to the barracks, his new home for the coming weeks. The barracks were the center of the new soldier’s life. A soldier had almost no personal space: only a bunk, a footlocker, and maybe a shelf for a few photographs.

The arrangement was not only to save space; it was also a tactic used by the Army to train the soldier. By crowding the troopers into close quarters with their fellows, the Army forced the men to form the tight bonds essential to the effectiveness of a combat unit.

Basic training taught a new recruit to think of himself less as an individual and more as an integral part of his unit. As soon as they arrived, new recruits turned in their civilian clothes and belongings and received standard-issue uniforms and equipment.

Camp personnel shaved the heads of the recruits and assigned them serial numbers. Platoons of recruits slept, ate, and learned together, and even did hours upon hours of physical fitness training as a unit.

Following commands, they practiced the same basic skills over and over— marching, loading, unloading, and cleaning their weapons. 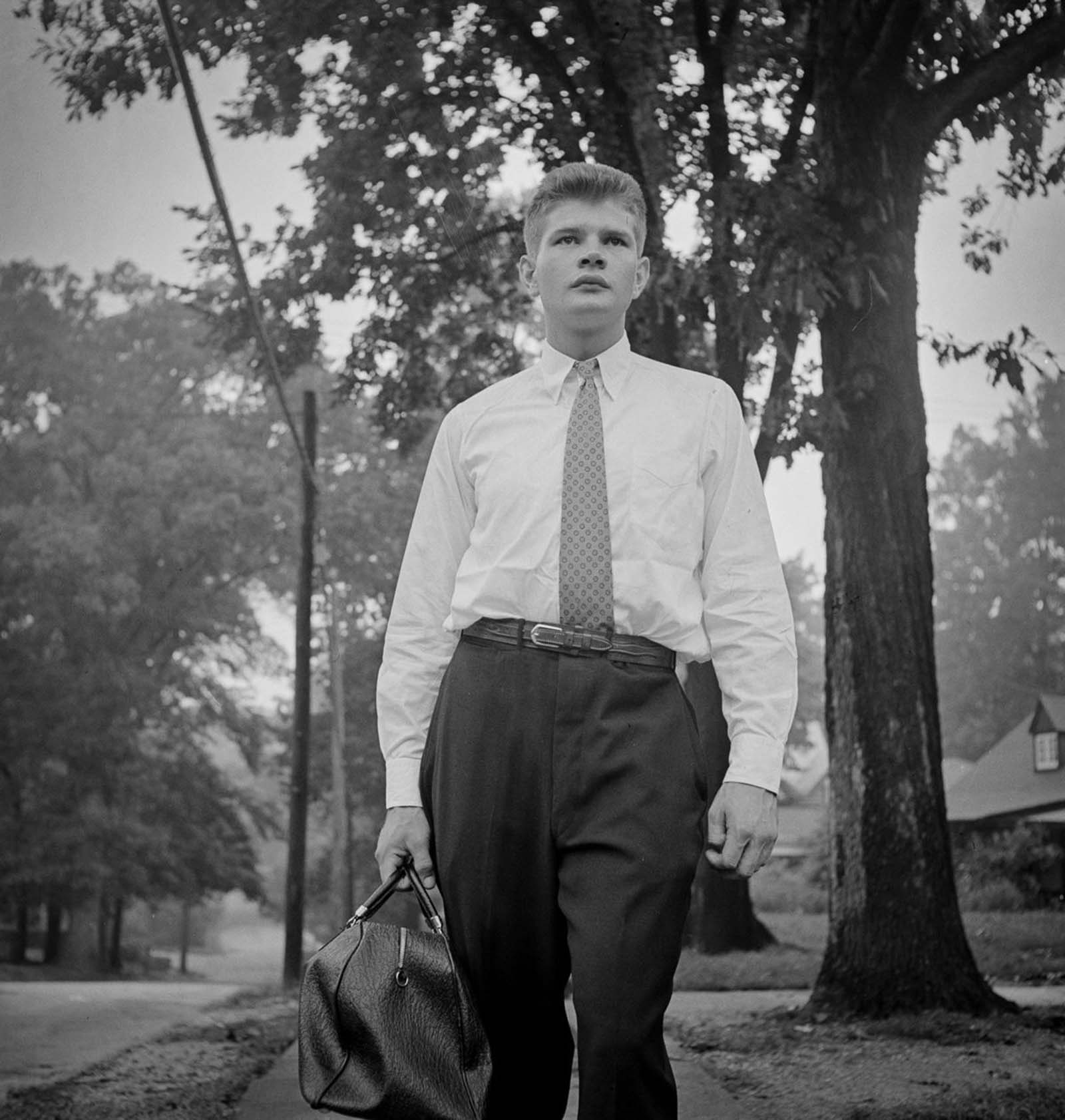 Camblair leaves home on his way to the Selective Service Board.

Drill instructors used tough methods to force the newcomers to become attentive to detail and protocol. Even the smallest mistakes could result in extra kitchen duty or a challenging physical punishment—sometimes for the entire group.

At the end of the day, the Soldier could stretch out on his bunk and write a letter home, shine his boots, or play a game of cards. In the morning, however, he found himself standing ram-rod straight at attention, waiting for the drill sergeant to inspect his gear. Any “gig” in his gear might earn him an assignment to “K.P.” duty.

“K.P.” or Kitchen Patrol was one of the most loathed parts of being a new recruit. Unlike the contracted mess halls of current 21st-century military operations, soldiers specially trained as cooks prepared the meals for the new recruits.

Unfortunately for the inductees, there were never enough cooks for all of the work needed to feed thousands of troopers a day. At one time or another, every soldier found himself on K.P. peeling onions and potatoes, scouring greasy pots and pans, or guarding the garbage cans to make sure his fellow recruits ate all of their food. 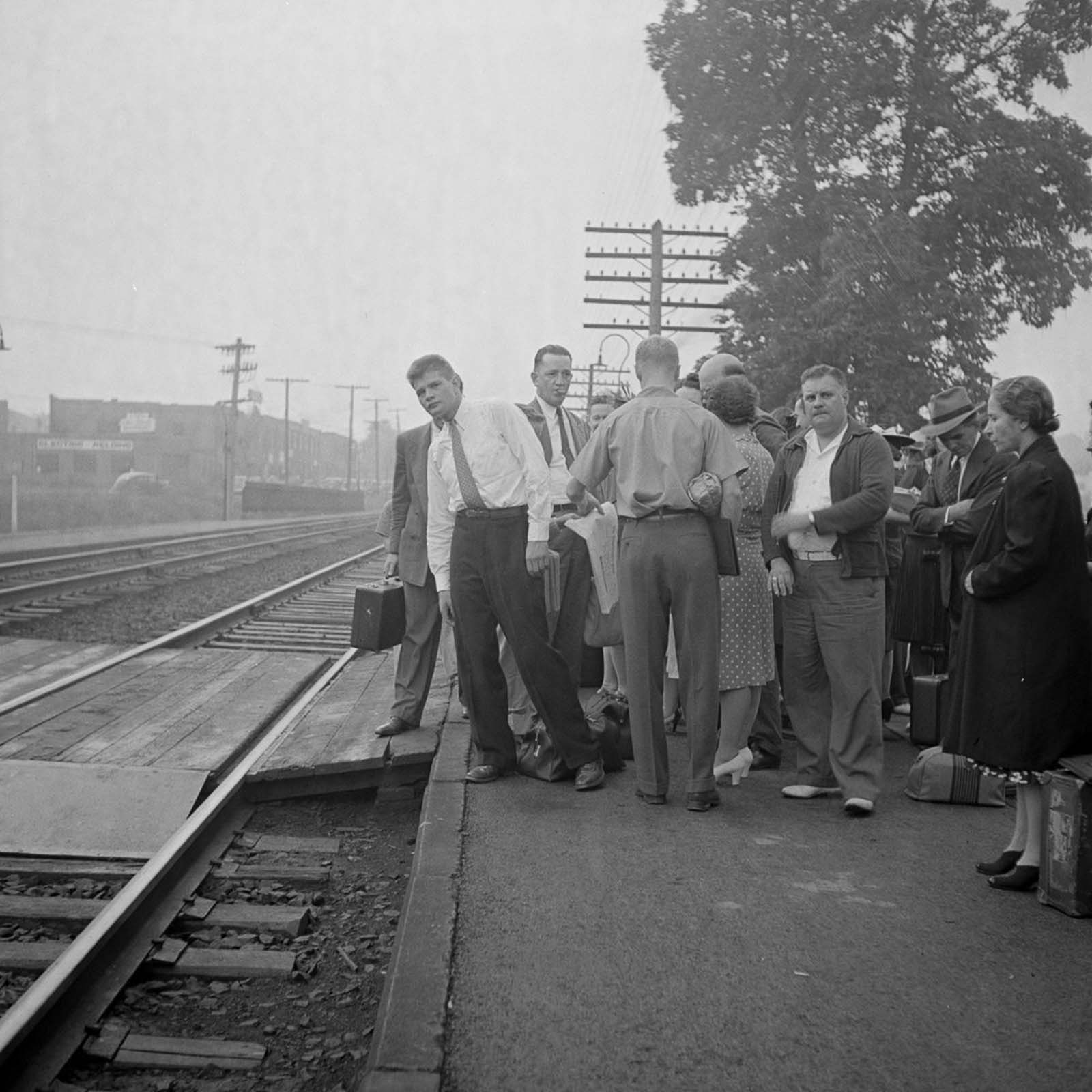 Camblair waits for the train to the induction station.

Not all soldiering was learned on the training fields and weapons ranges. Many of the skills the troopers relied on in Europe and the Pacific had to be taught in theory before they could be taught in practice.

The new recruits learned everything from how to disassemble, clean, and reassemble their new rifles to how to react to ambushes and booby traps.

The new troops quickly found themselves integrated into the United State’s rapidly growing armed forces. The induction center was only the first step in their training, however.

Soldiers who needed training to perform specialized jobs, such as mechanics or radio operators, were shipped off to special schools to learn their new trade.

Soldiers serving as infantry, paratroopers, or artillery went to basic training to learn to be a soldier in their specific branch. No matter where the recruits ended up, they always remembered the shock of their first days at the induction center. 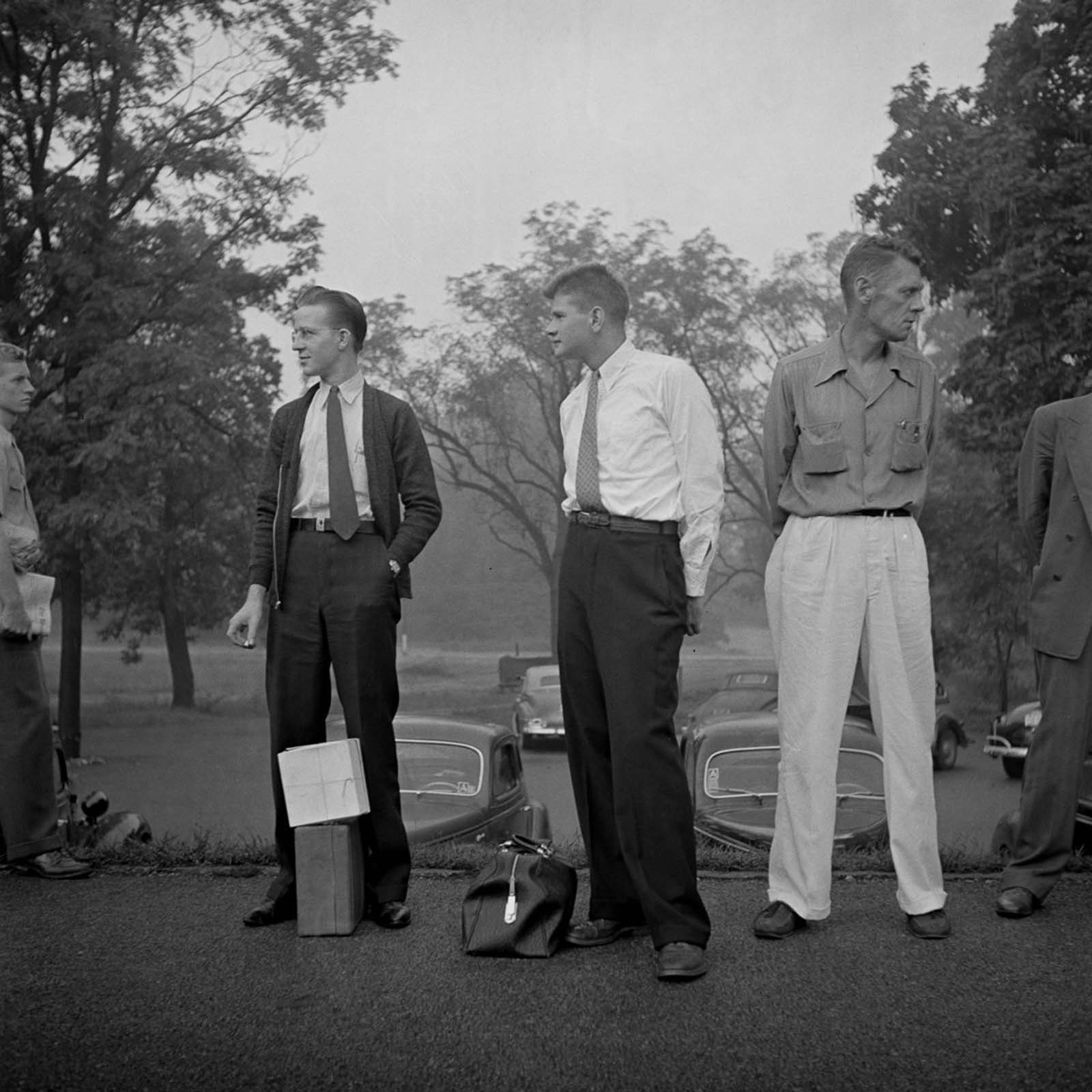 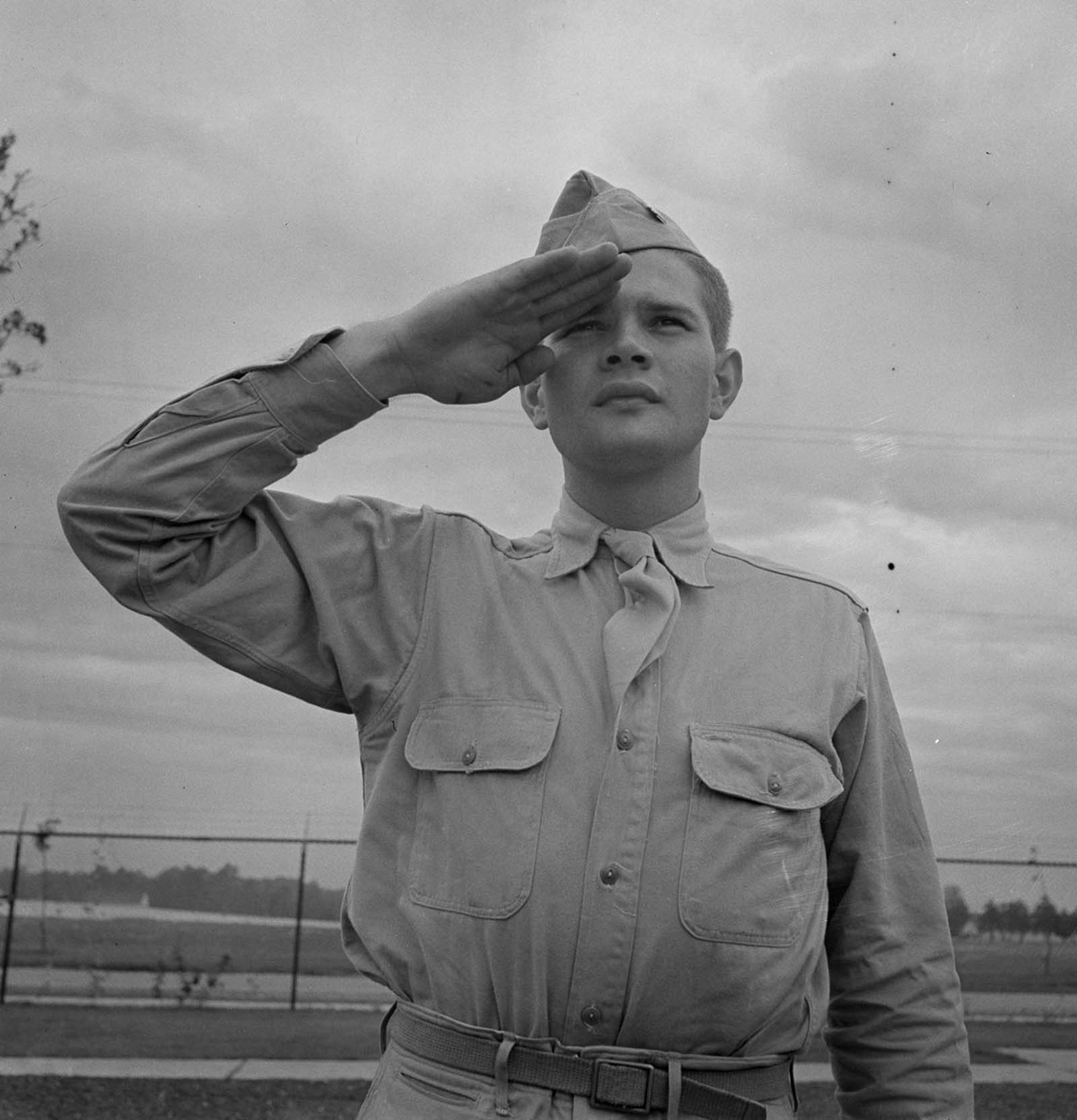 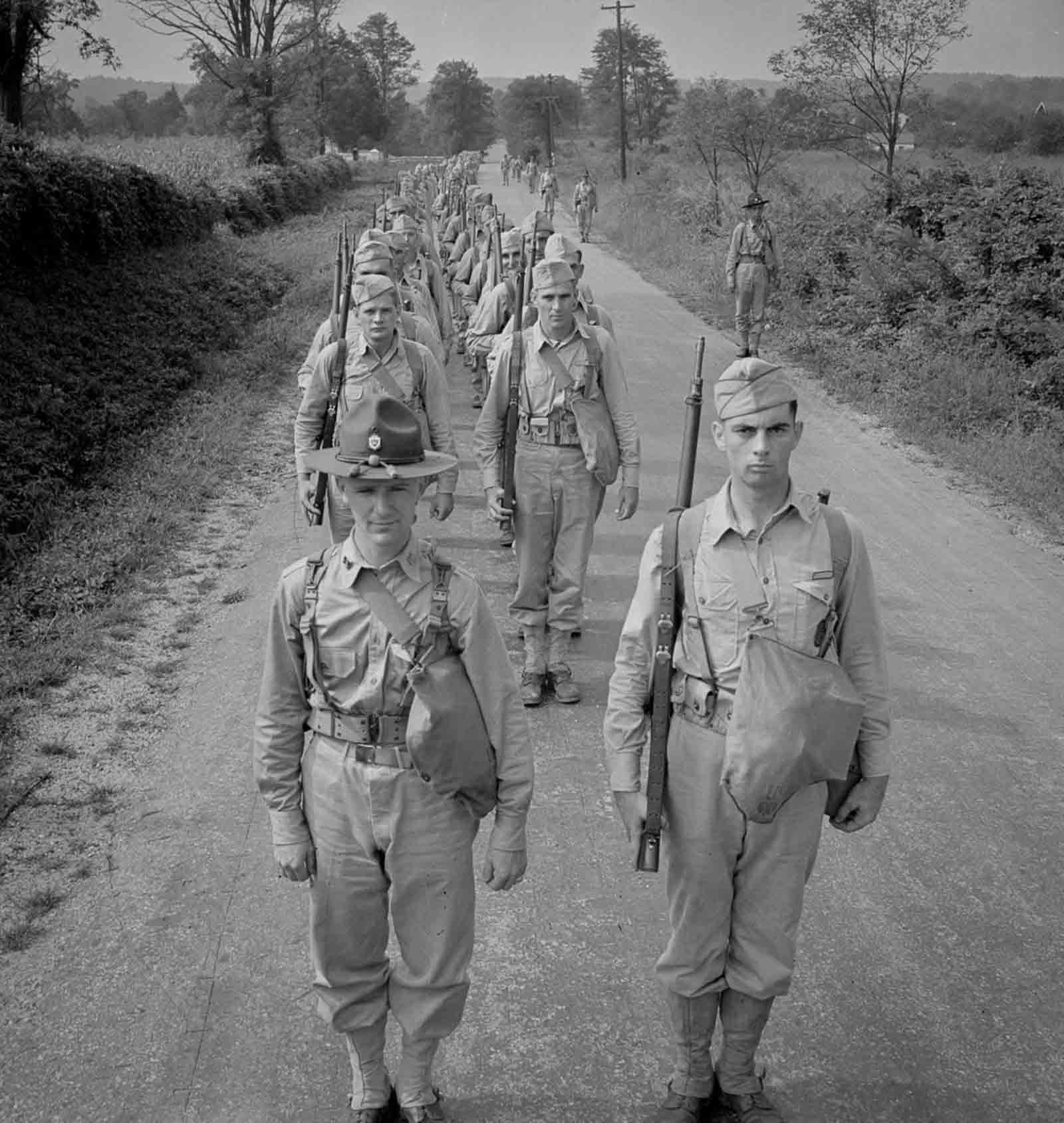 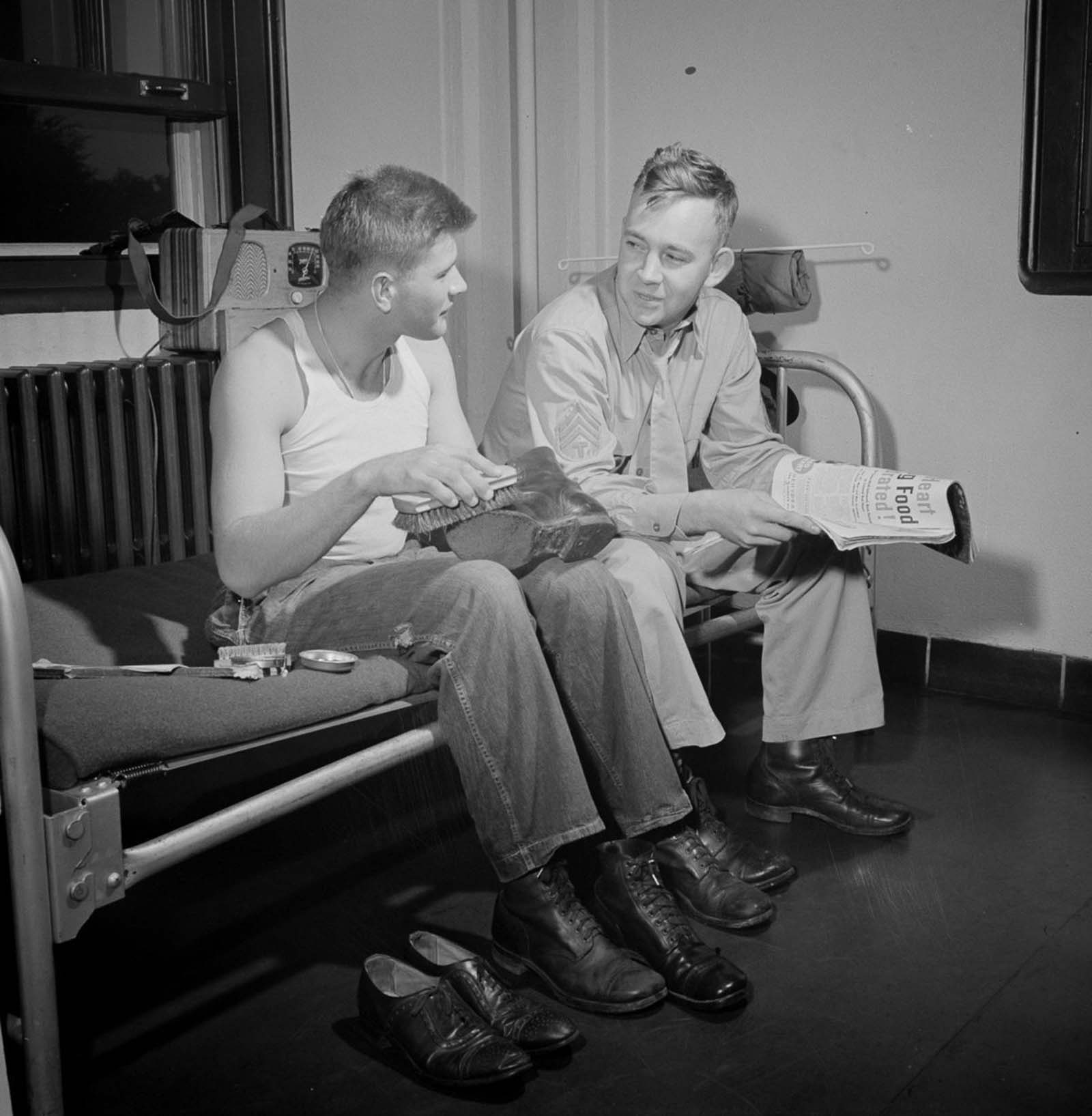 Camblair shines his boots in his downtime. 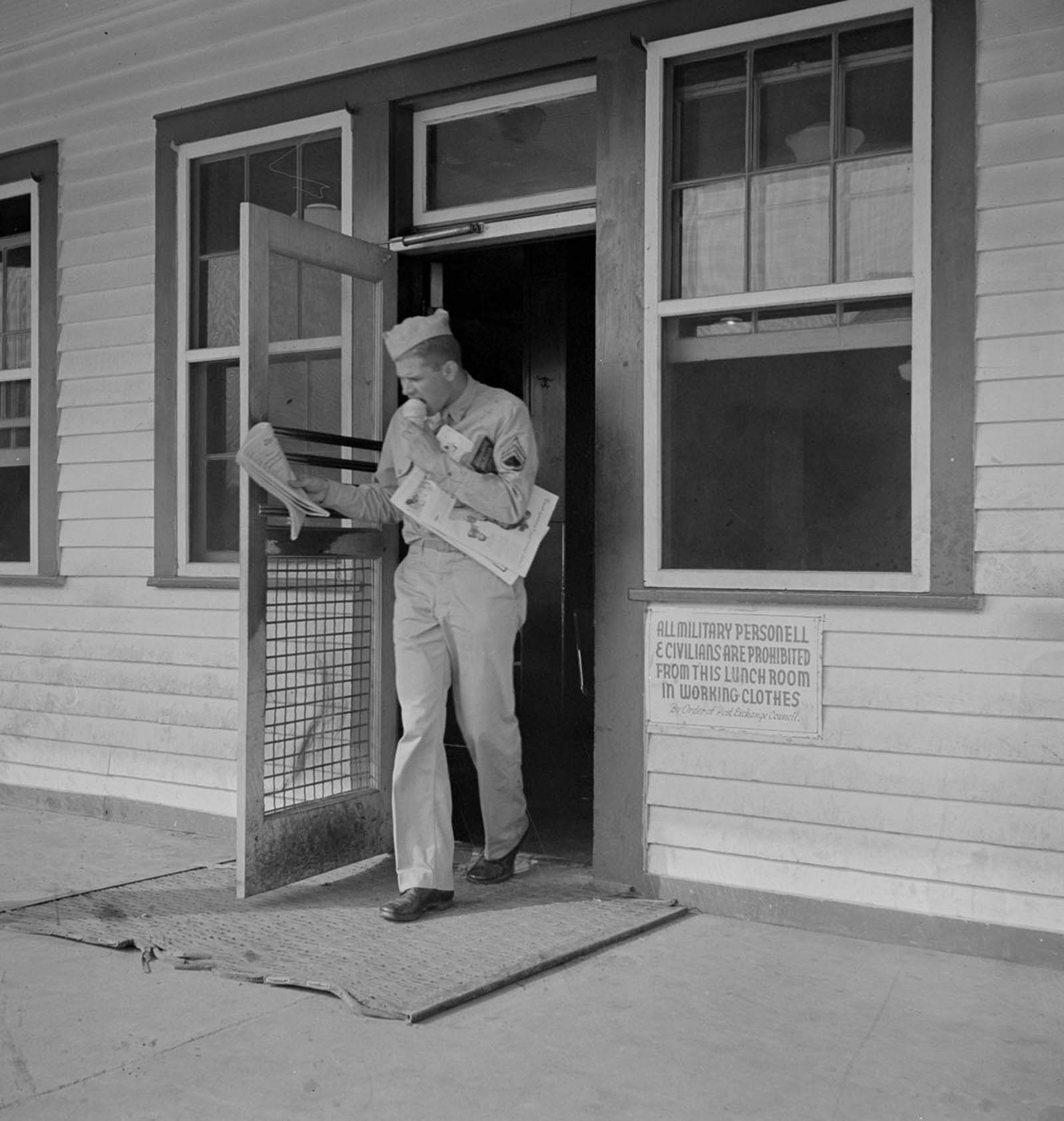 Camblair picks up ice cream and newspapers from the post exchange. 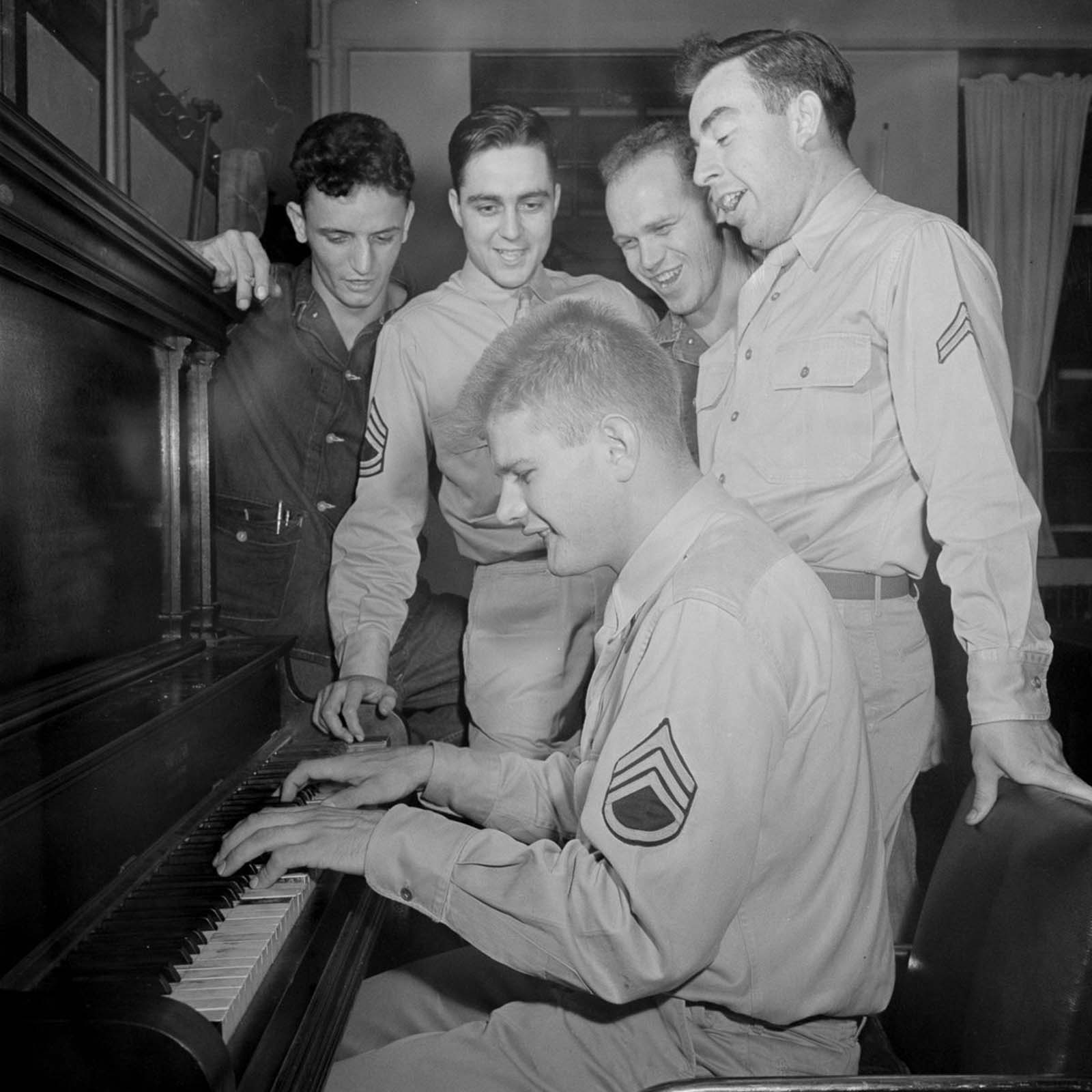 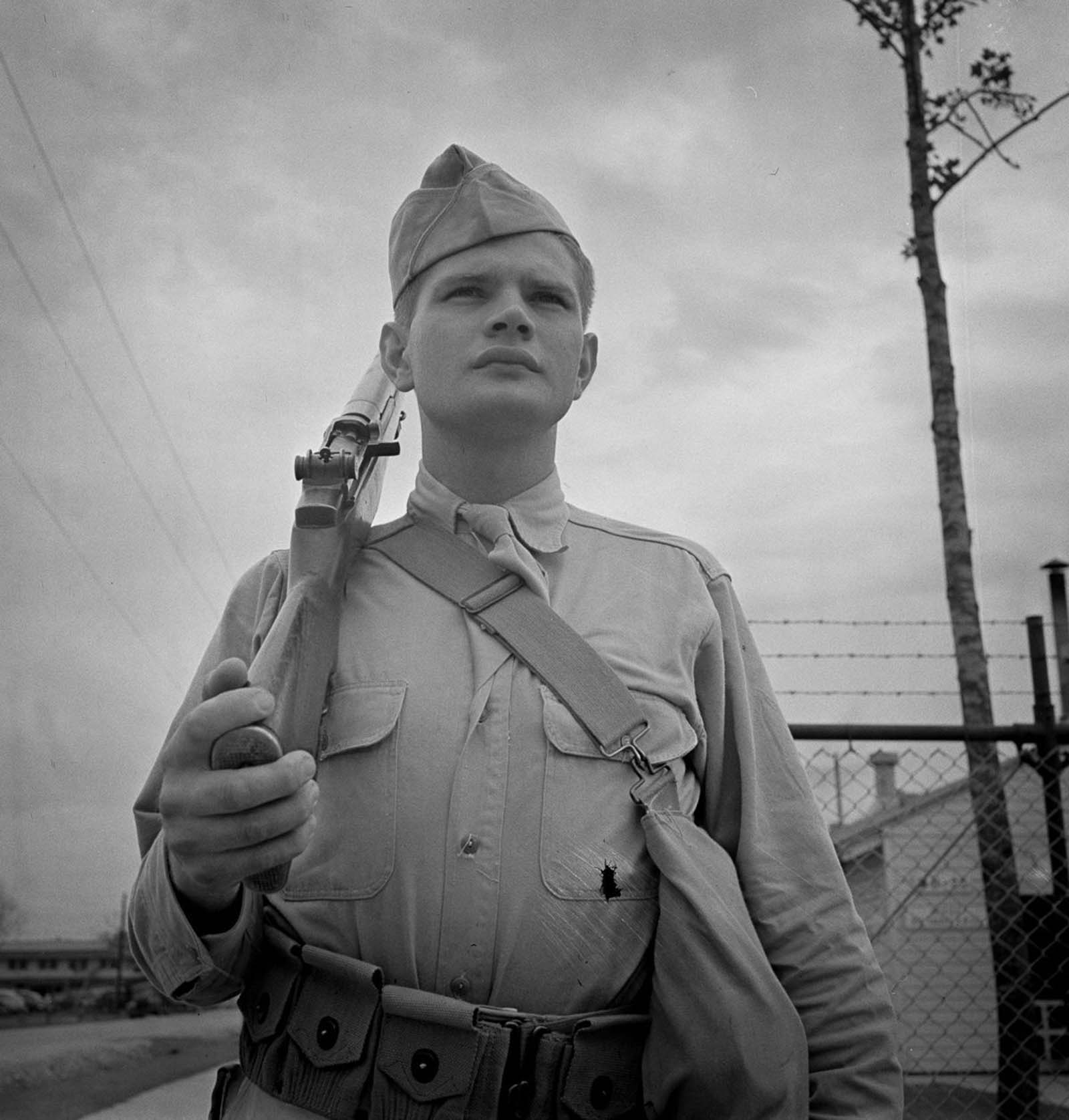 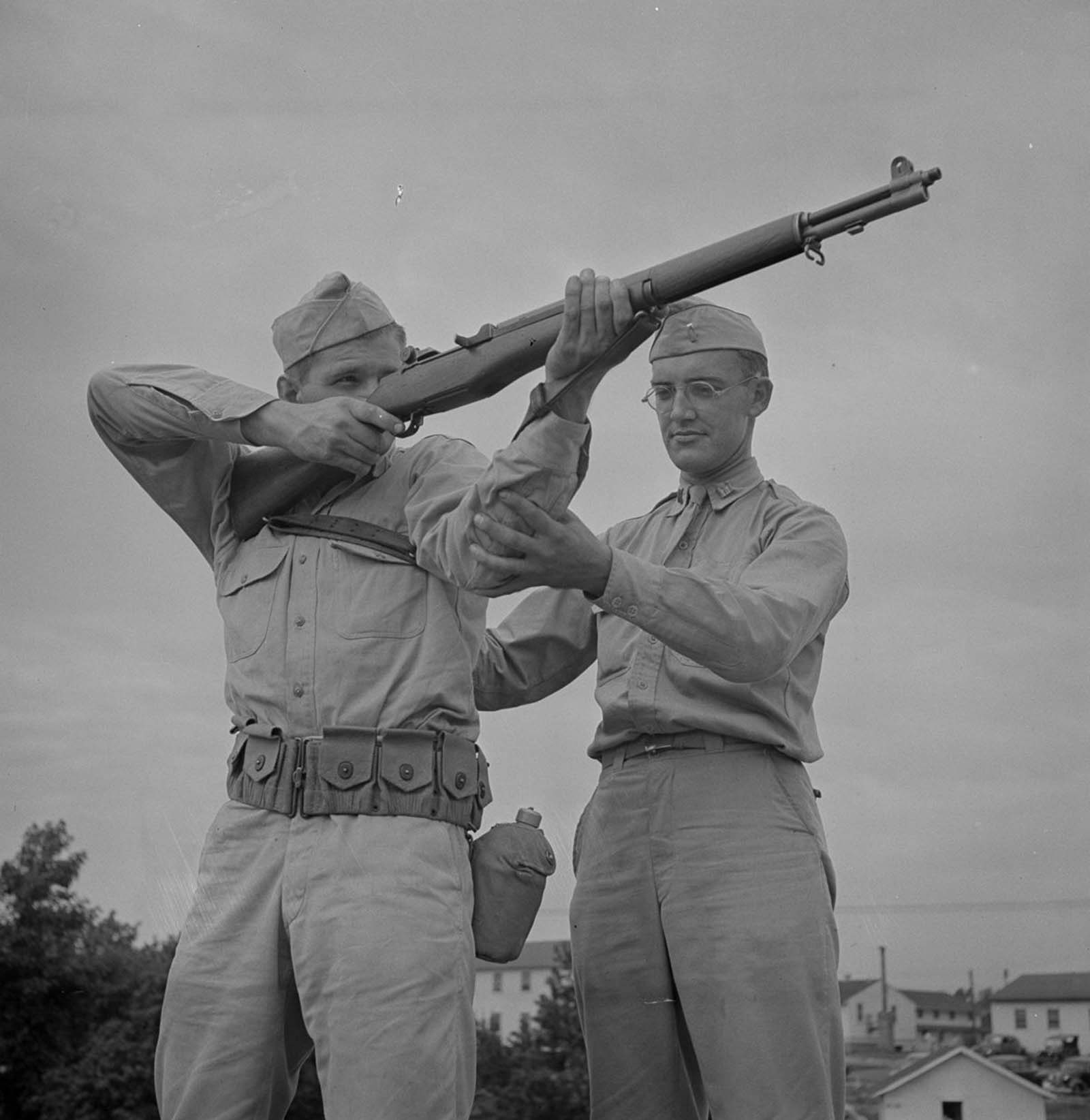 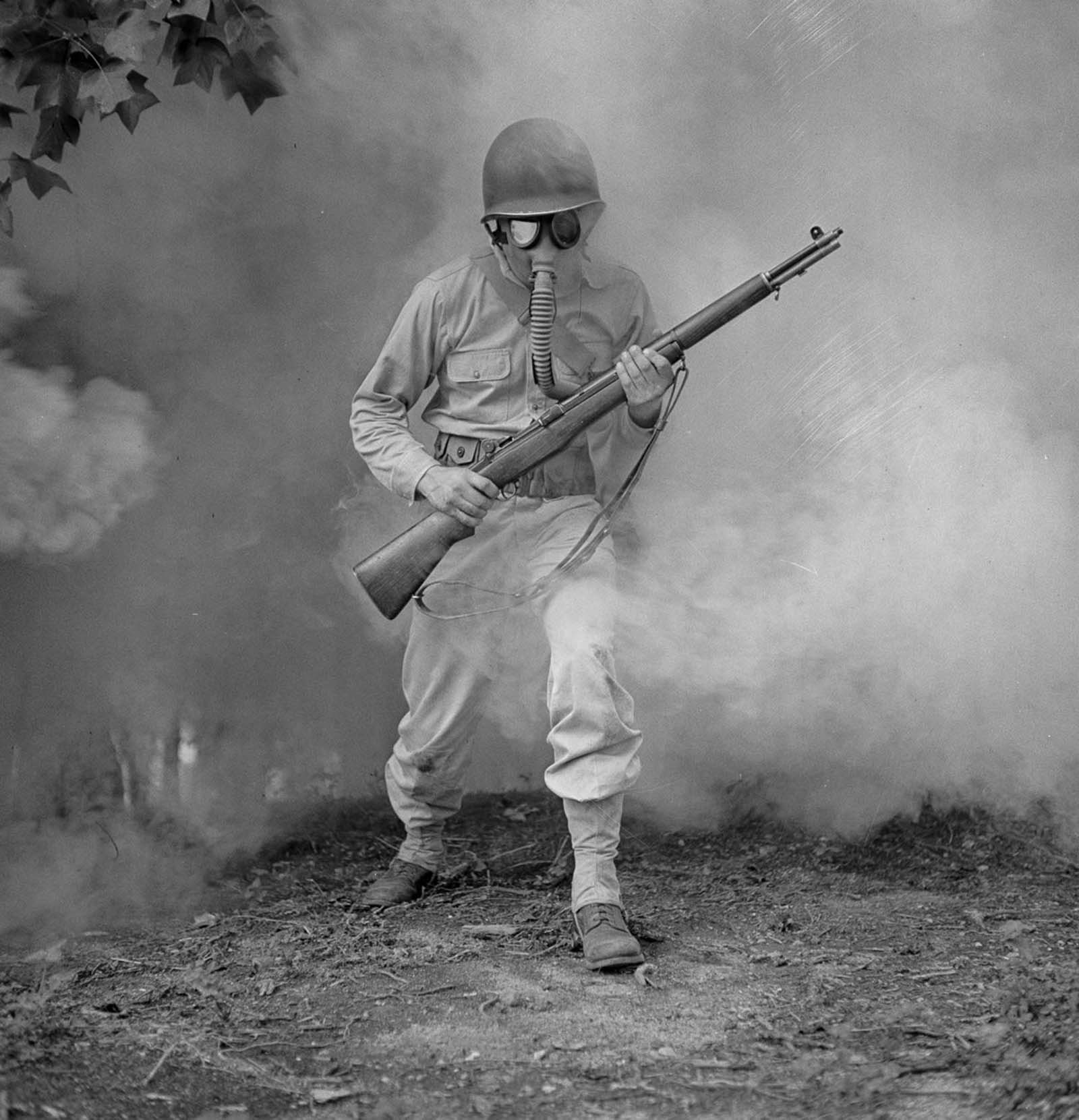 Camblair practices the use of a gas mask in a smokescreen. 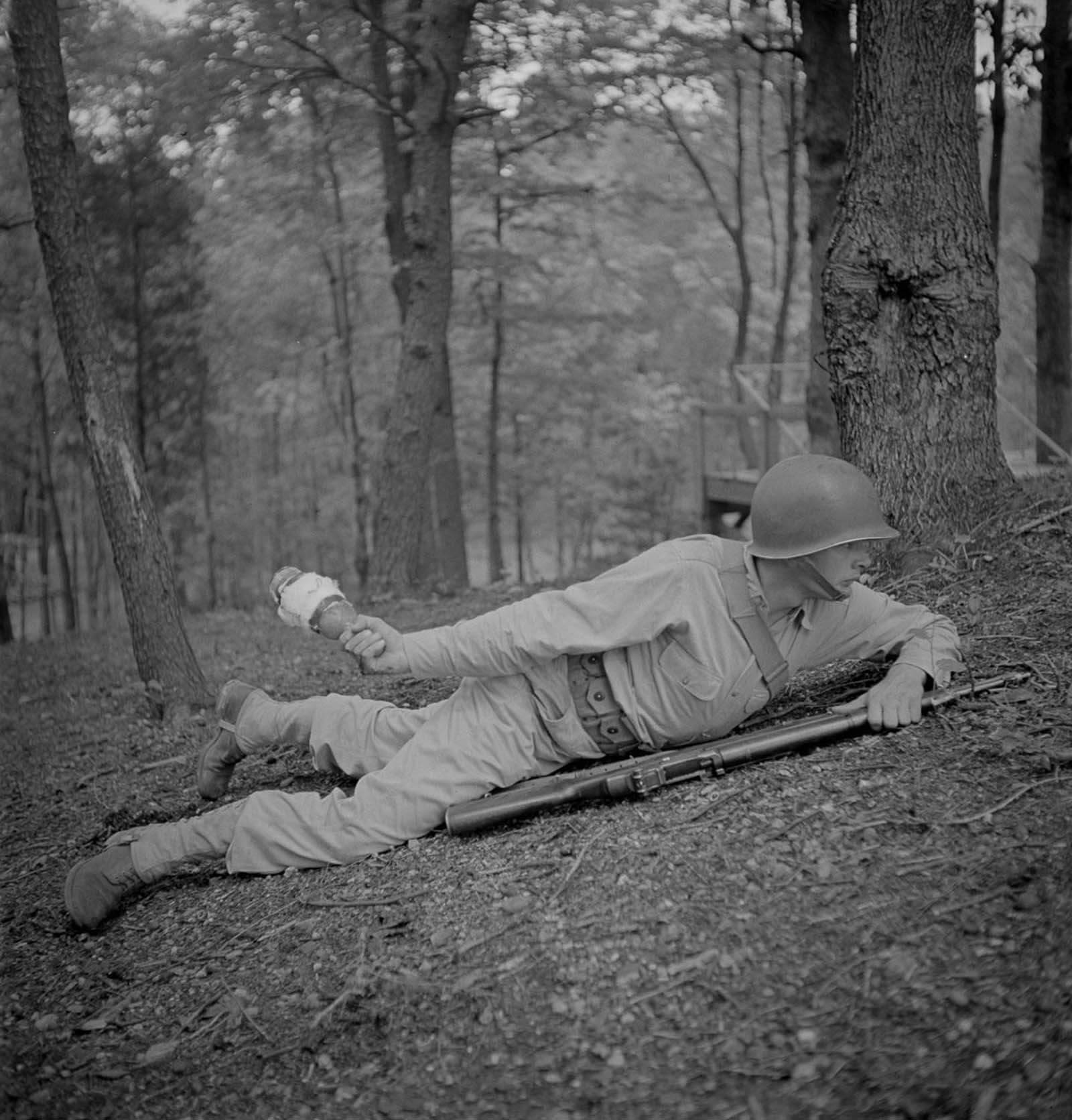 Learning to throw a Molotov cocktail. 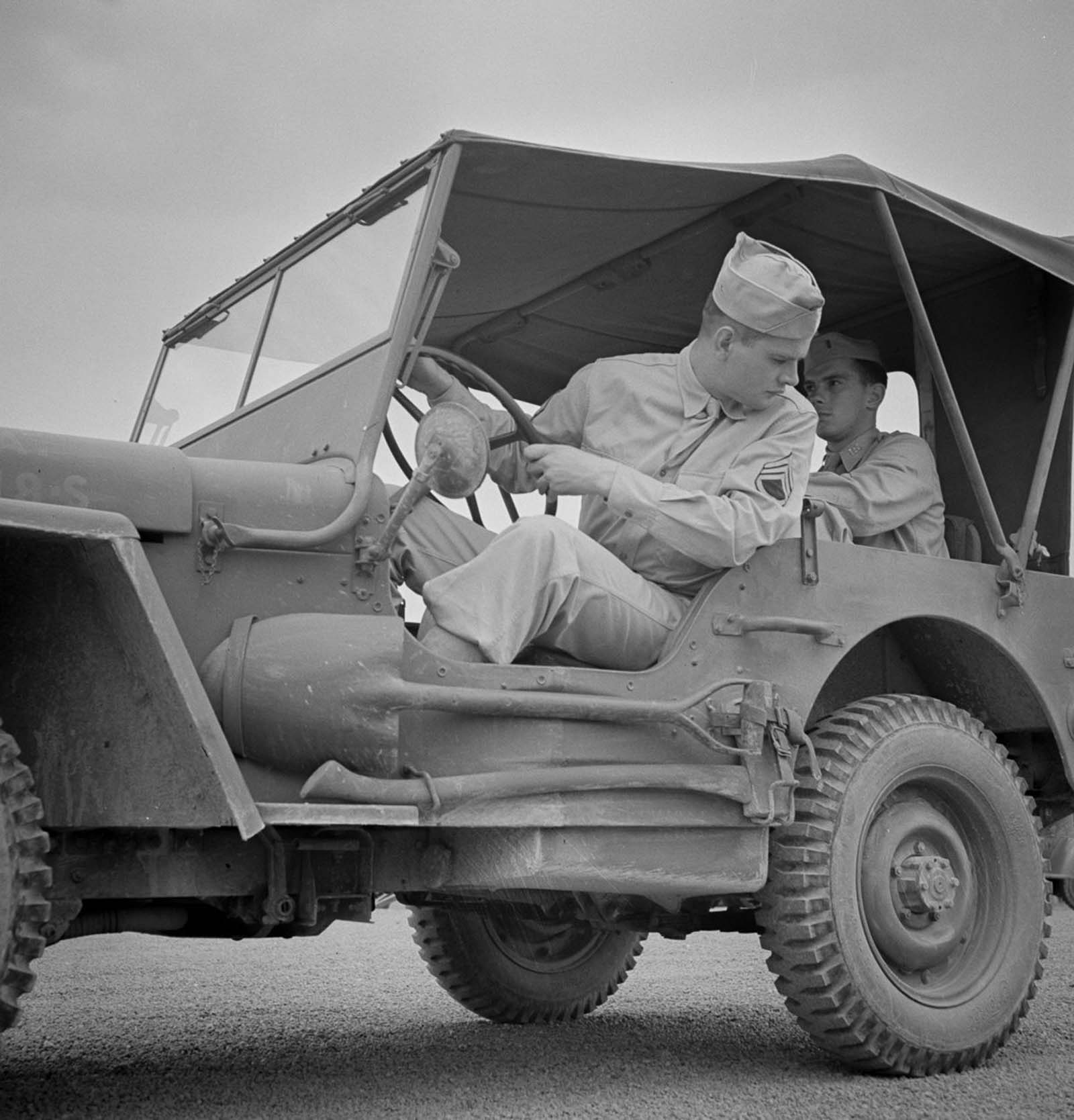 Camblair learns how to drive a jeep. 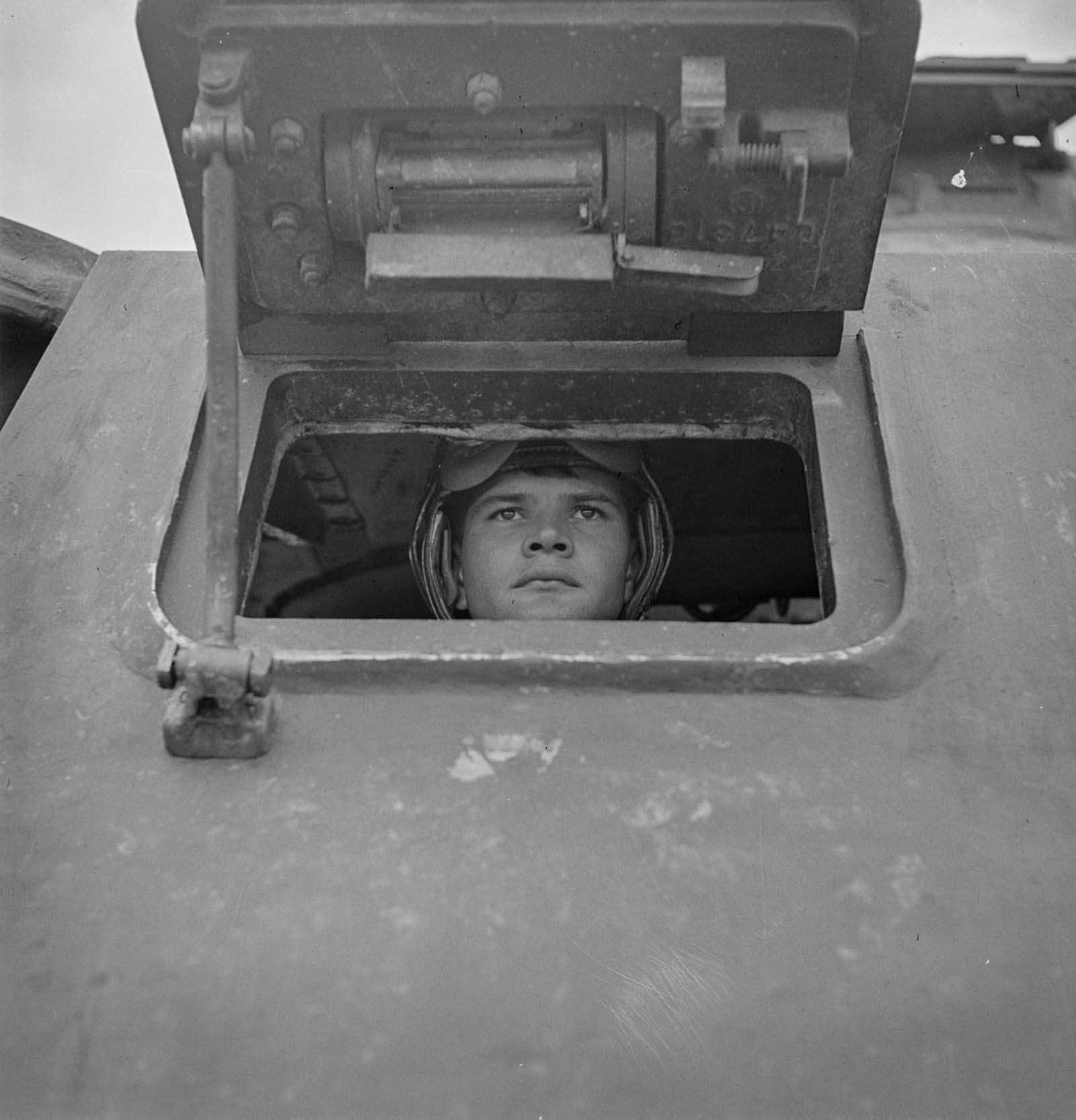 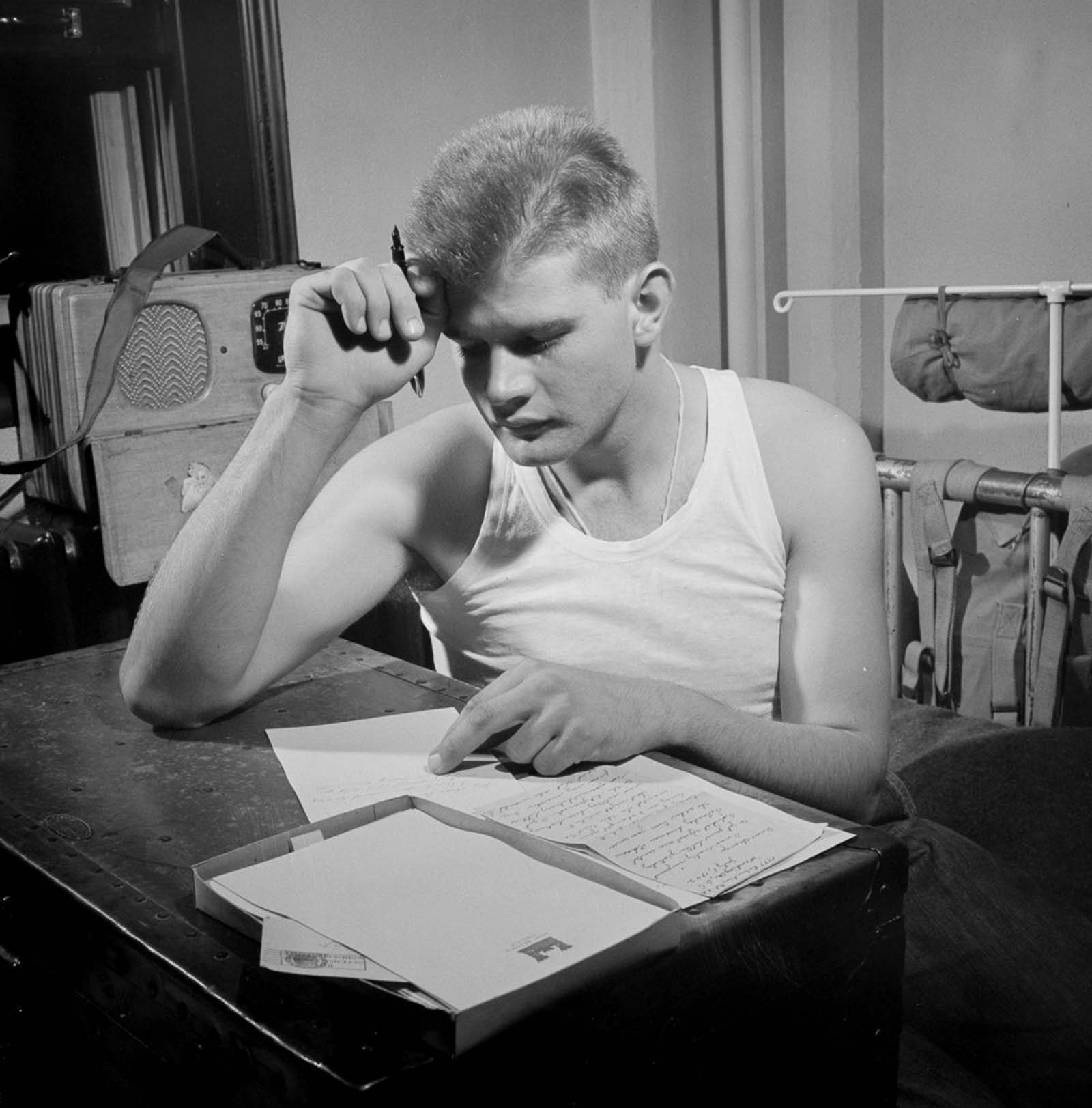 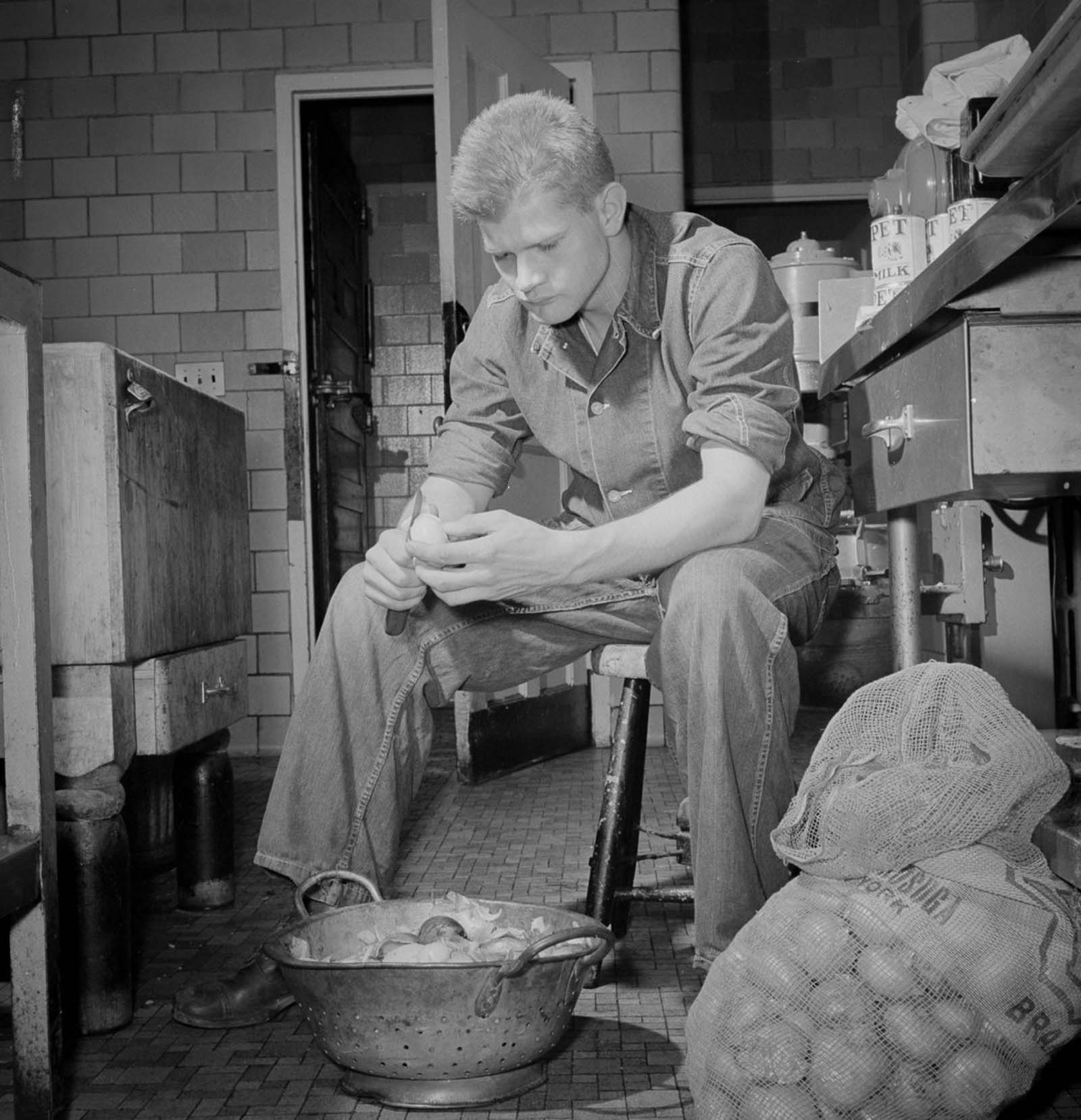 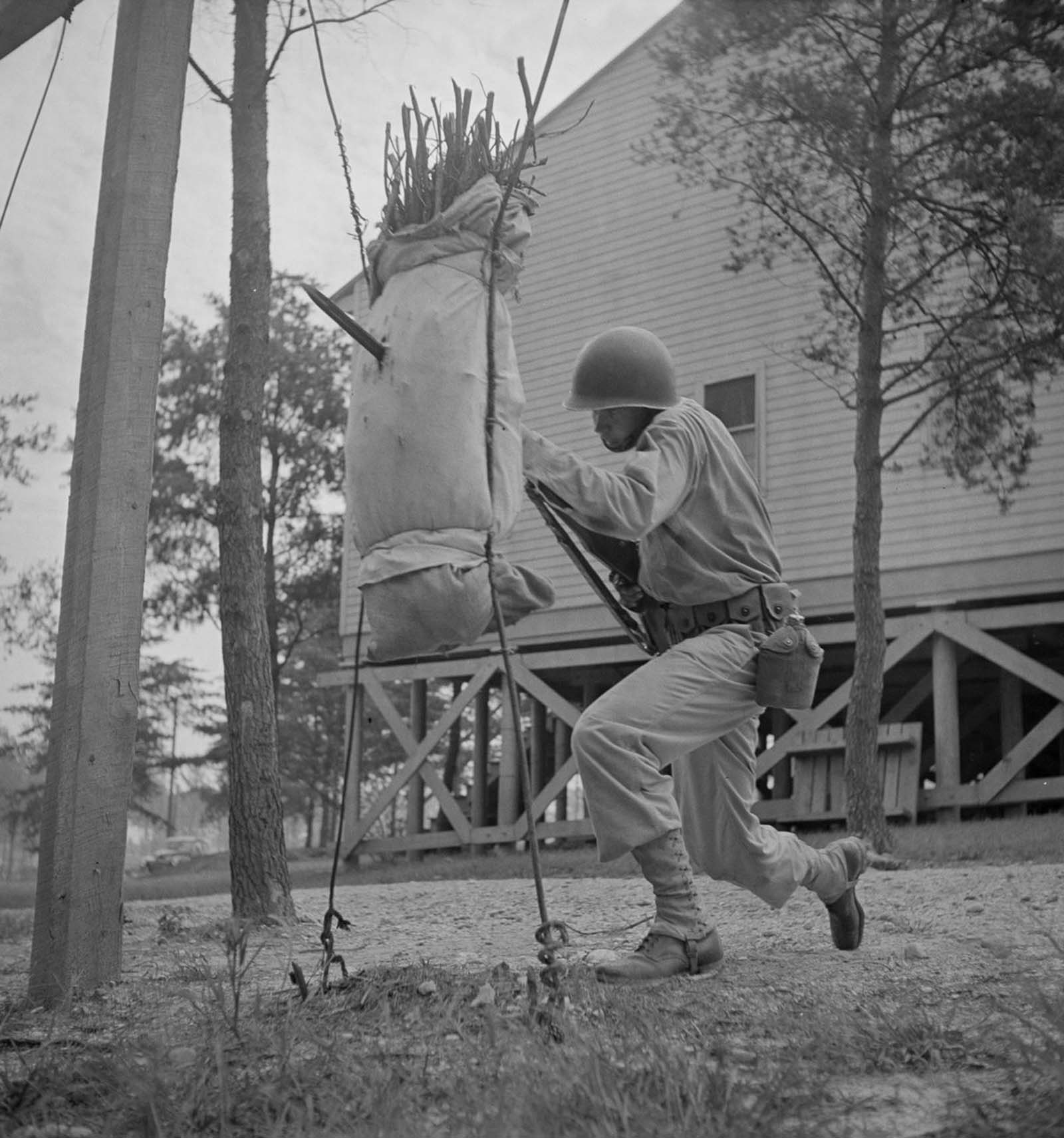 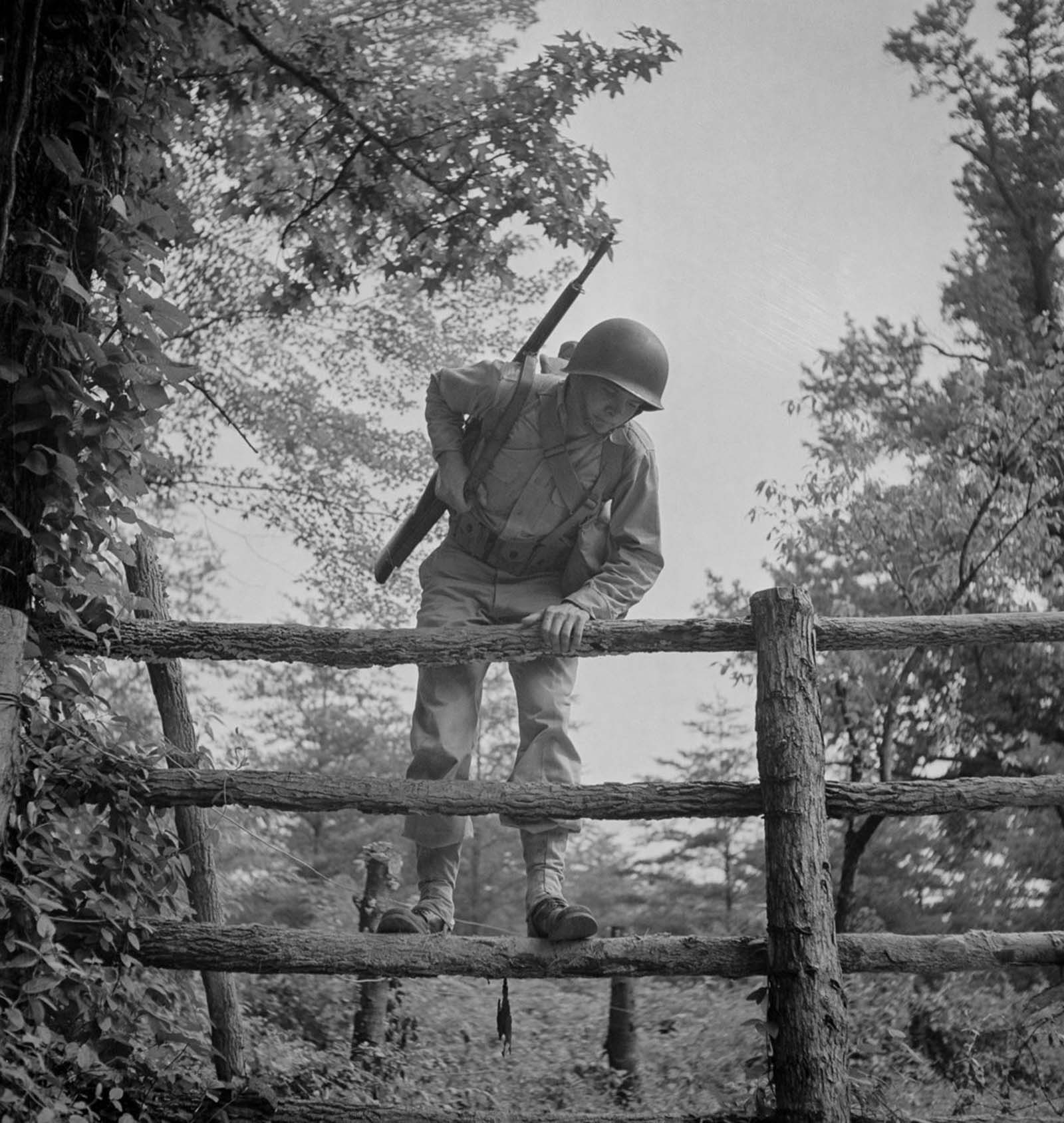 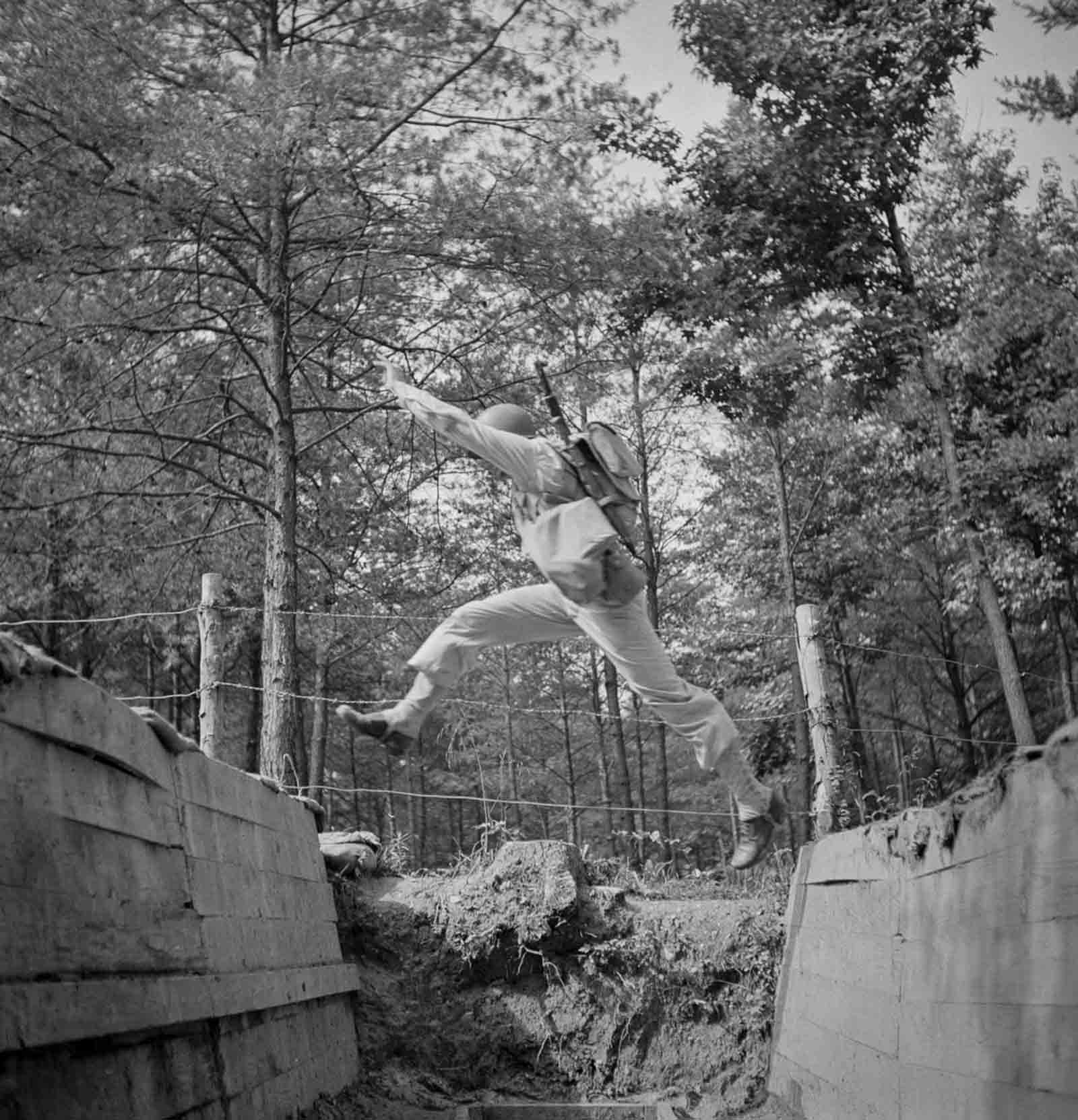 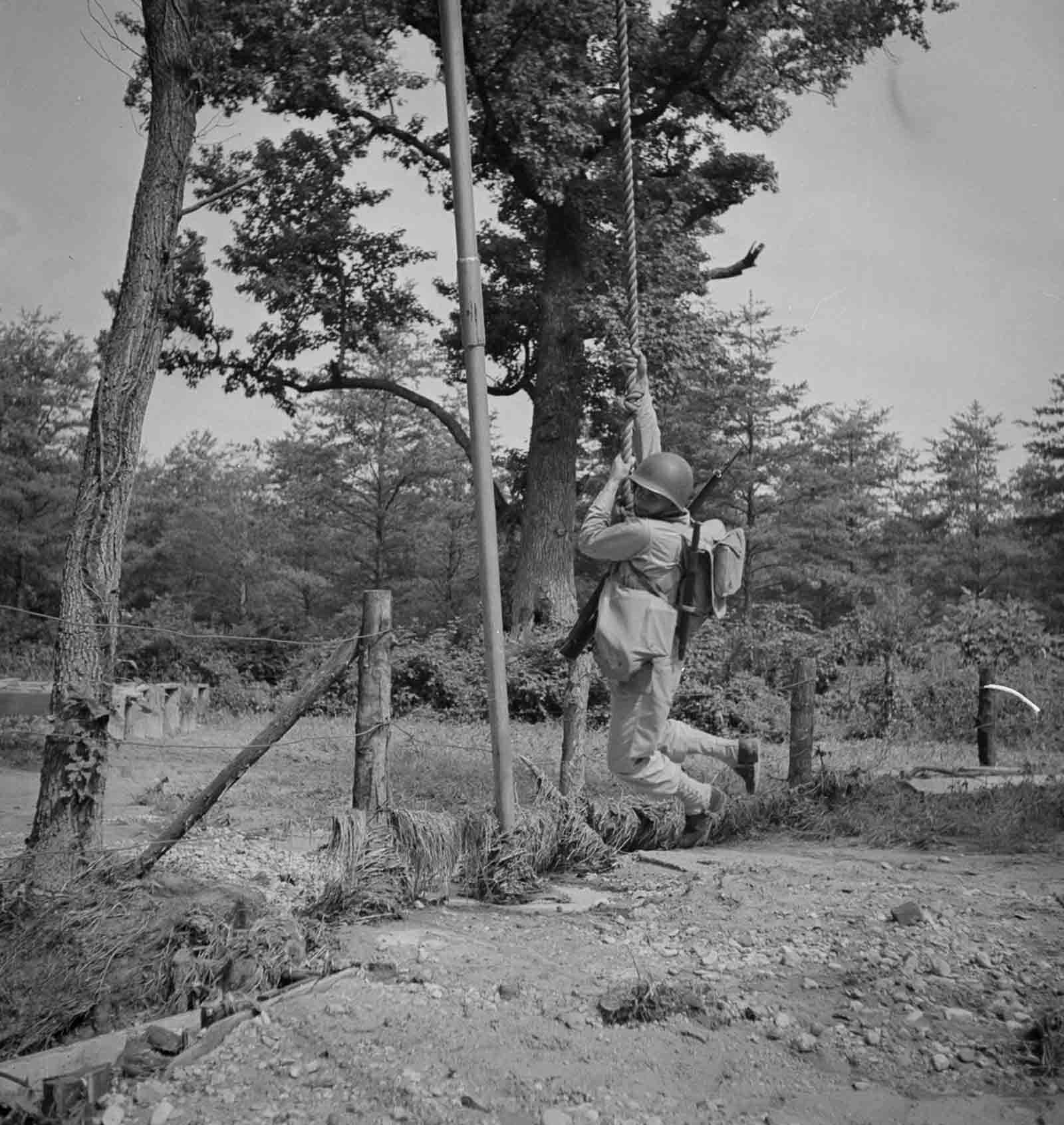 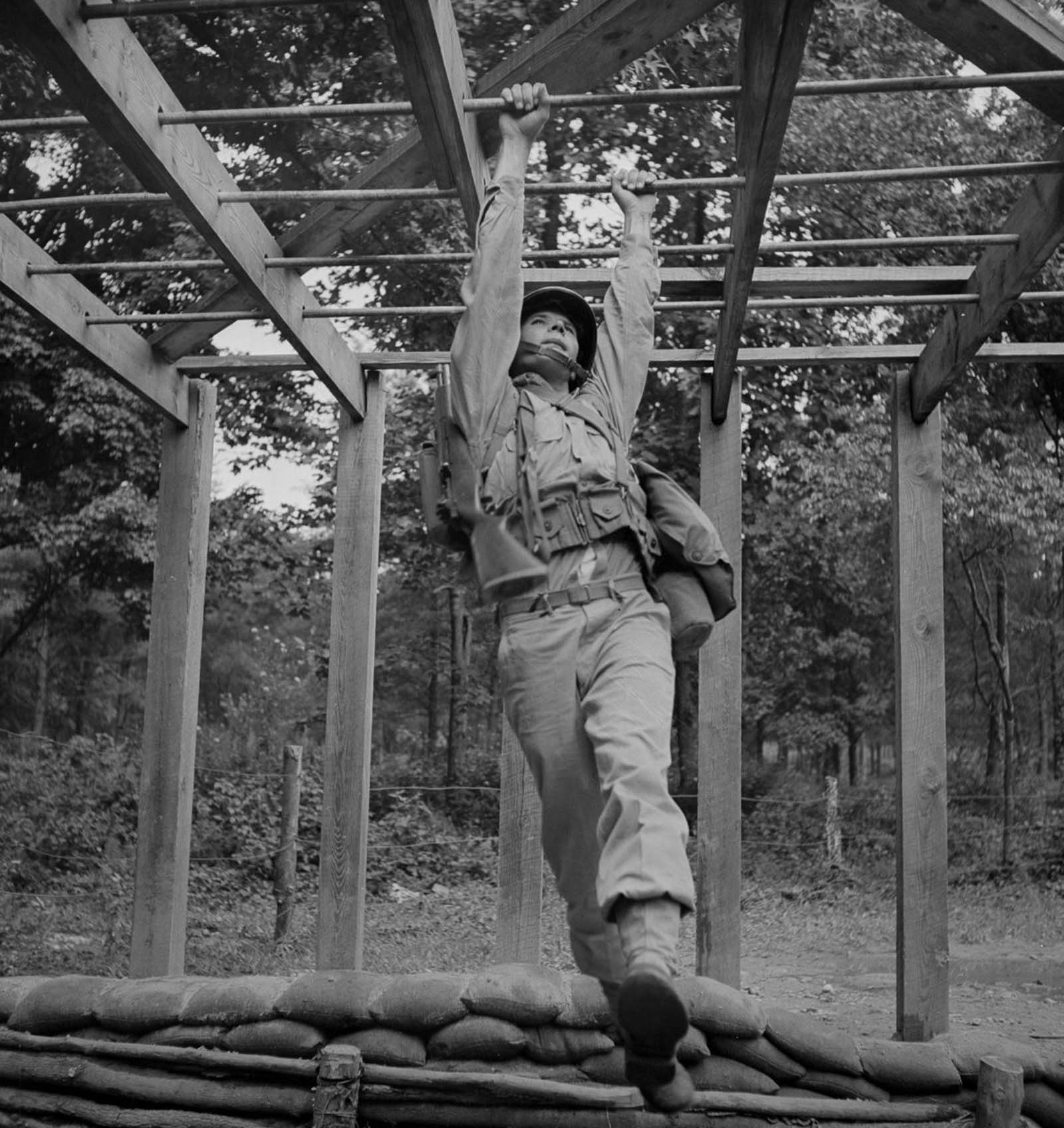 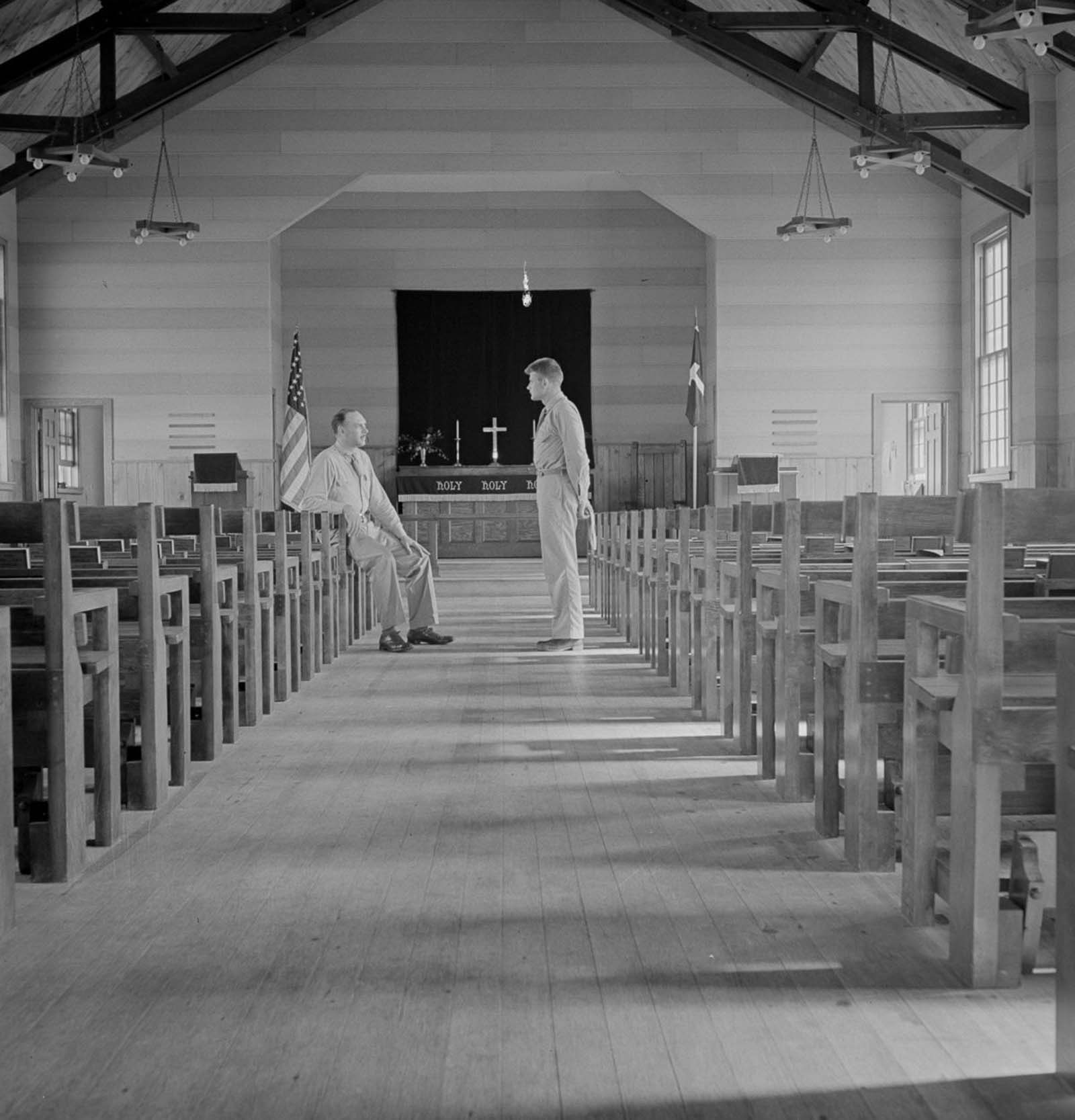 Camblair visits the base chaplain. 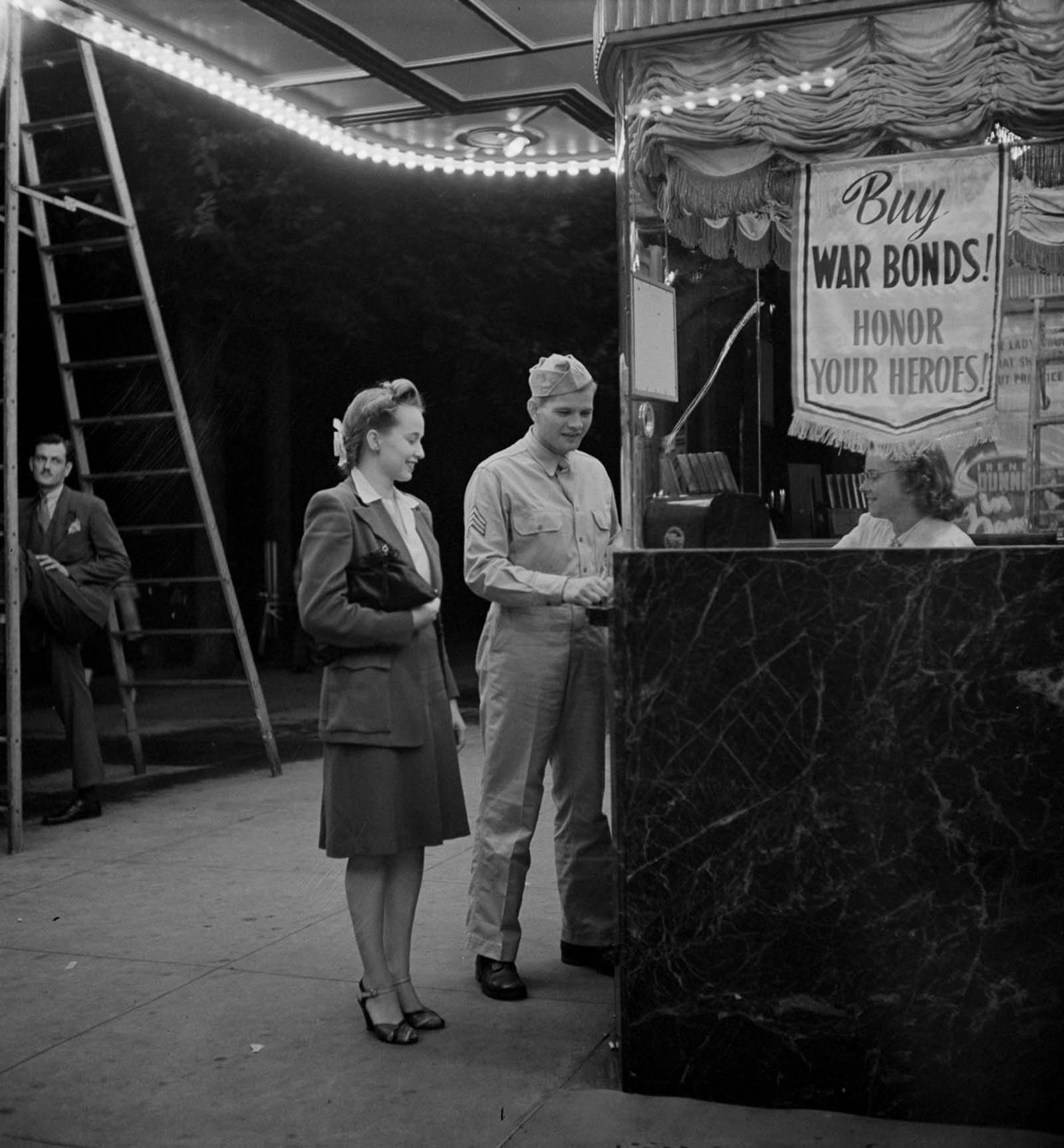 Camblair takes his girlfriend to the movies on a weekend furlough. 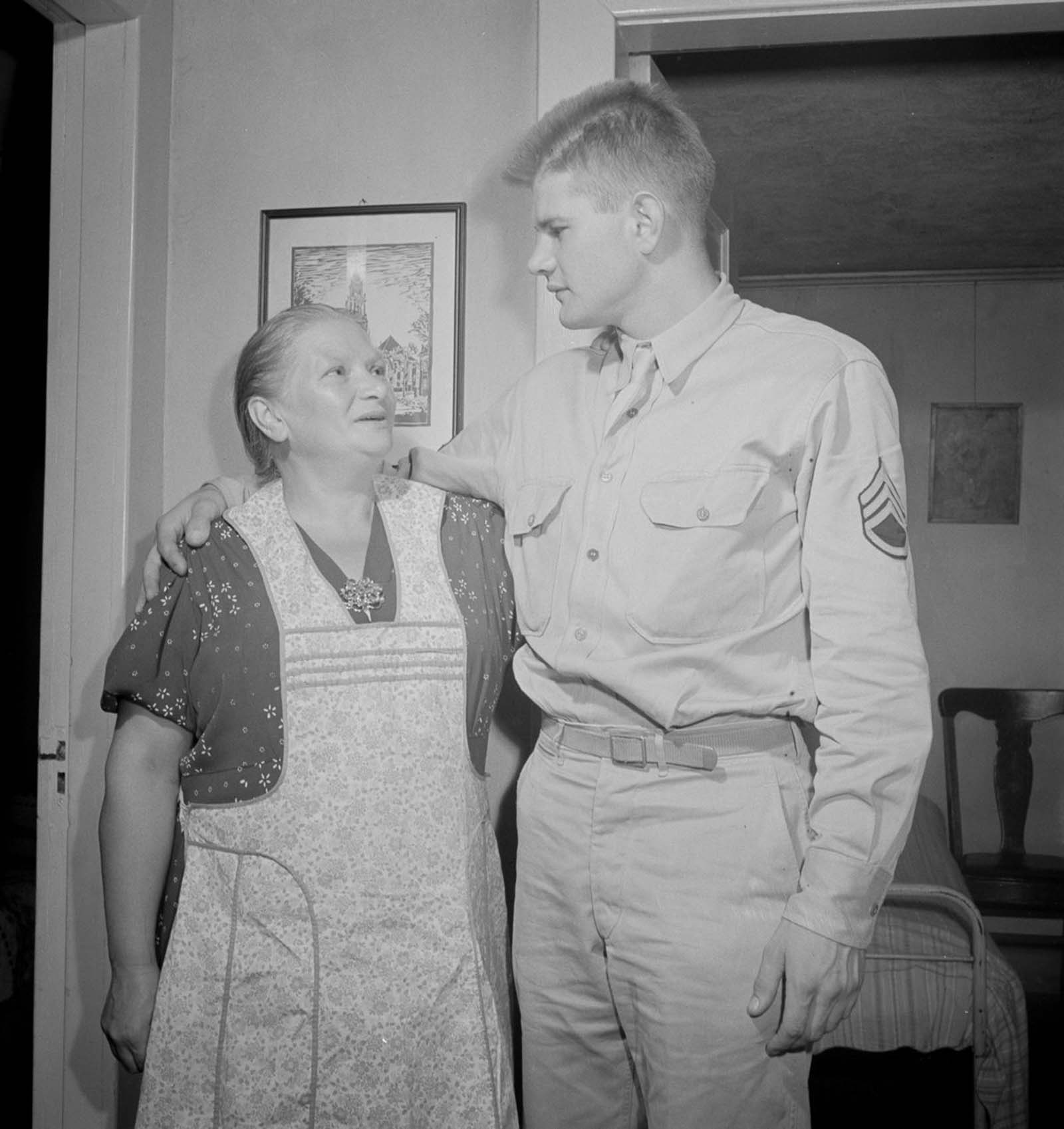 Camblair visits his mother on a weekend furlough. 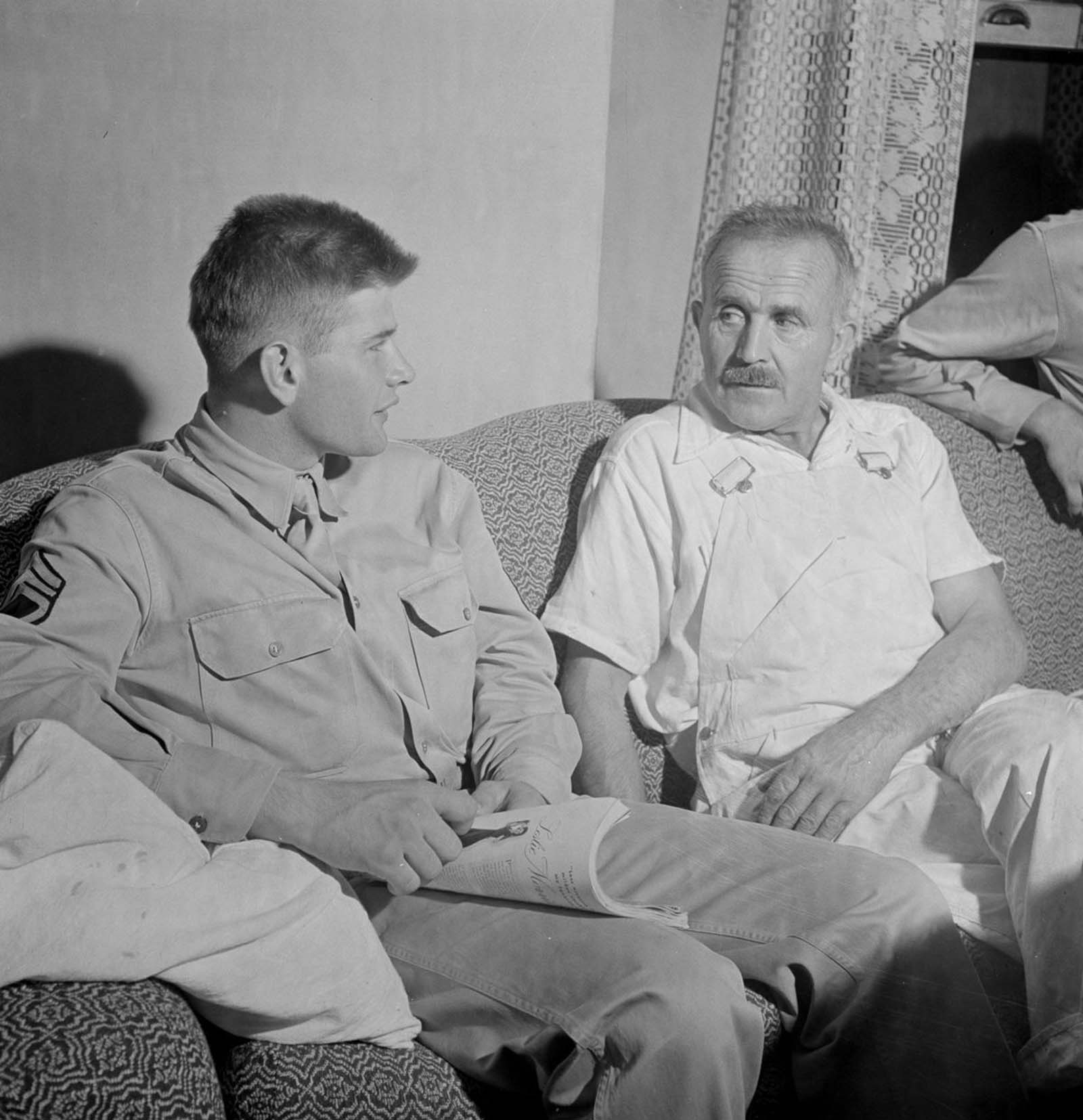 Camblair at home with his father. 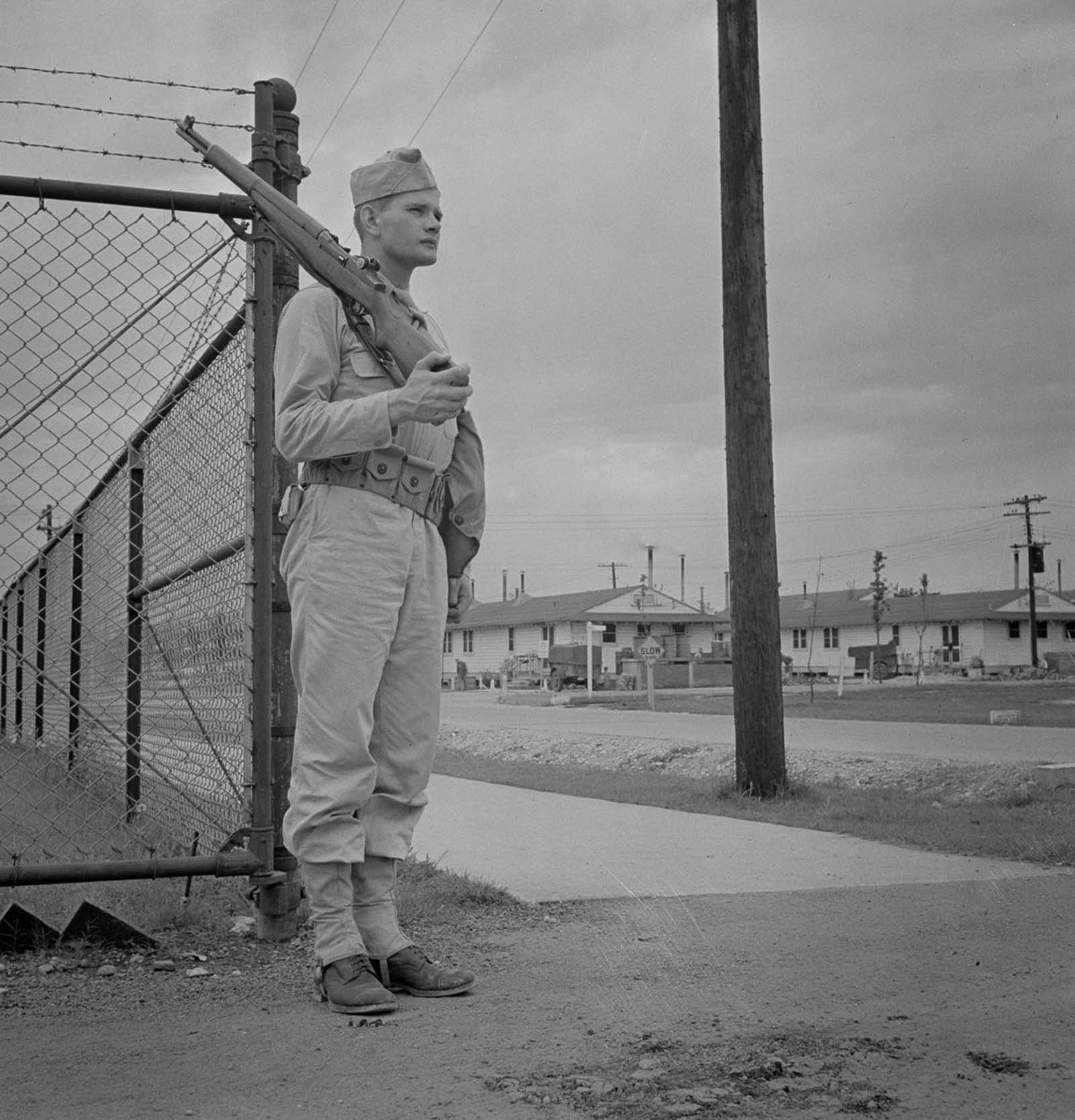