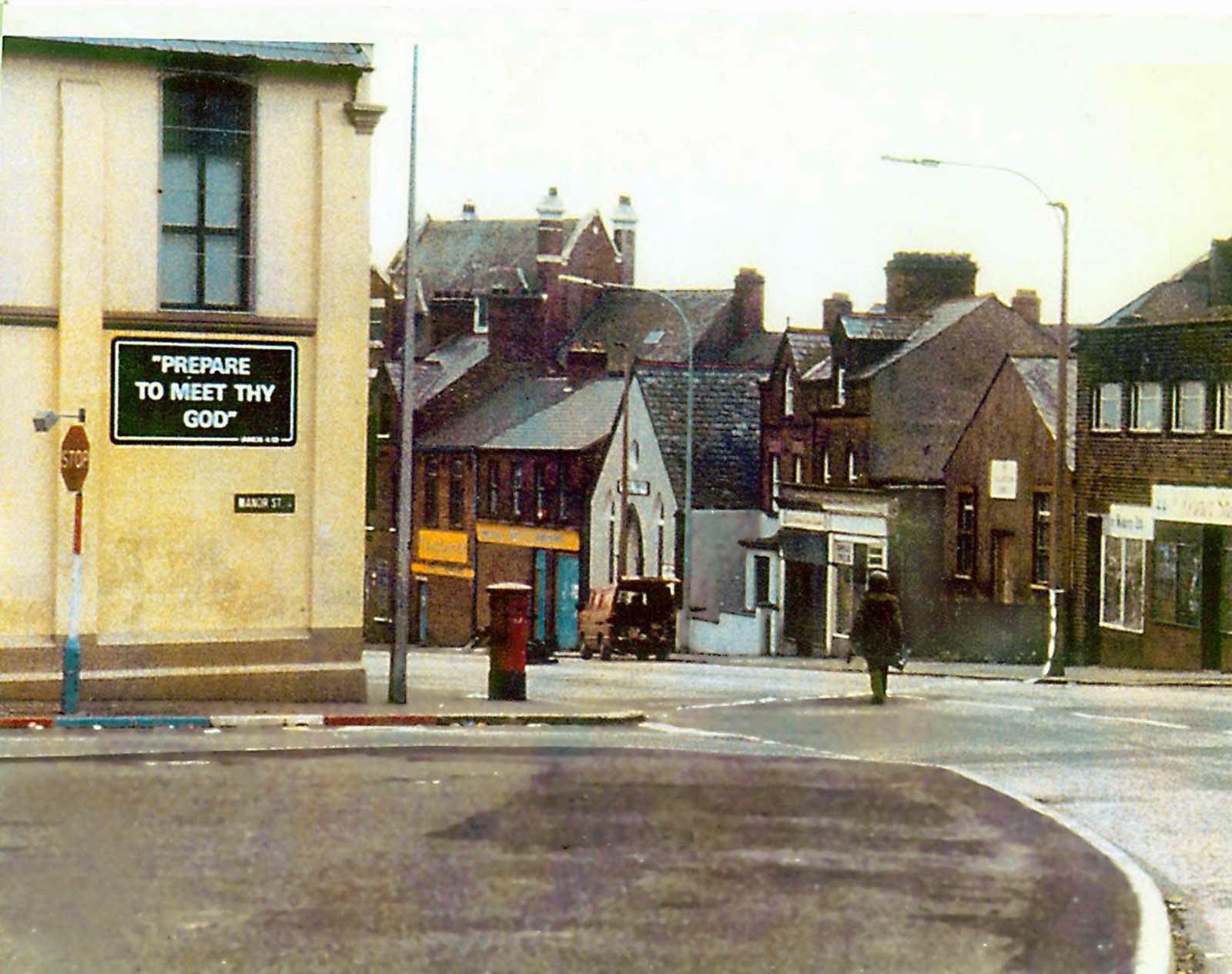 The quotation on the sign on the building to the left is from the Old Testament (Amos 4:12) and it reads: “Prepare to meet your God“. Probably the most discouraging thing to possibly read before approaching something that may or may not blow you to pieces.

What is even more morbid, is that the technician pictured is already within the “kill” radius for an explosive of that size. Fortunately, the technician in this photo did not lose his life, the bomb did not explode.

The Ammunition Technicians of the Royal Logistic Corps became highly experienced in bomb disposal, after many years of dealing with bombs planted by the Provisional Irish Republican Army (PIRA) and other groups.

The bombs employed by the PIRA ranged from simple pipe bombs to sophisticated victim-triggered devices and infra-red switches. The roadside bomb was in use by PIRA from the early 1970s onwards, evolving over time with different types of explosives and triggers.

Improvised mortars were also developed by the IRA, usually placed in static vehicles, with self-destruct mechanisms. During the 38-year campaign in Northern Ireland, 23 British ATO bomb disposal specialists were killed in action.

The EOD squad who served in Northern Ireland pioneered gears and tactics. For example, the first EOD robot was made from a wheelchair stolen from a hospital and various pulleys and some bits of wood.

Also, they were first to use the protective suit. The EOD suit only protects from the shrapnel that is ejected by an explosive device, it does not prevent the technician from being killed by the pressure wave produced by a large explosion.