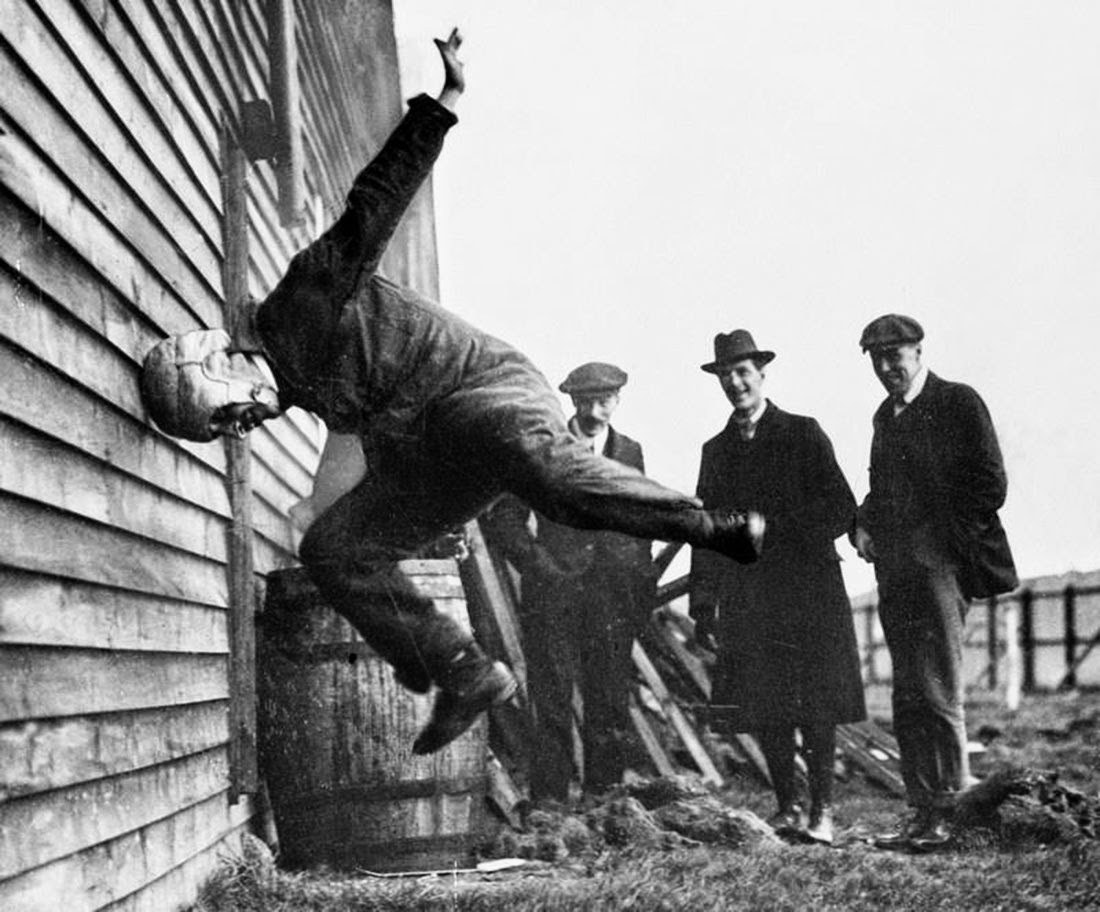 This was a way for testing helmets back in 1912.

In professional football, the only line of defense against head injury is the helmet. But the earliest football helmet looked more like a padded aviator cap than the high-tech crash-tested helmet used by today’s players.

It is not certain who invented the football helmet. In 1896 Lafayette College halfback George “Rose” Barclay began to use straps and earpieces to protect his ears. His headgear soon became known as a “head harness”.

It had three thick leather straps forming a close fit around his head, made by a harness maker. Some other sources say that helmets come to life when an Annapolis shoemaker created the first helmet for Admiral Joseph Mason Reeves, who had been advised by a Navy doctor that he would be risking death or “instant insanity” if he took another kick to the head.

One innovation from the early 1900s period was hardened leather. 1917 marked the first time helmets were raised above the head in an attempt to direct blows away from the top of the head.

Earflaps also had their downfall during this period as they had little ventilation and made it difficult for players to hear. The 1920s marked the first time that helmets were widely used in the sport of football.

These helmets were made of leather and had some padding on the inside, but the padding was insufficient and provided little protection. In addition, they lacked face masks. As a result, injuries were very common. Early helmets also absorbed a lot of heat, making them very uncomfortable to wear.

By the 1950s, the introduction of polymers ended the leather helmet era. The NFL also recommended face masks for players in 1955, reducing the number of broken noses and teeth, but also necessitating new rules prohibiting opposing players from grabbing the face mask.