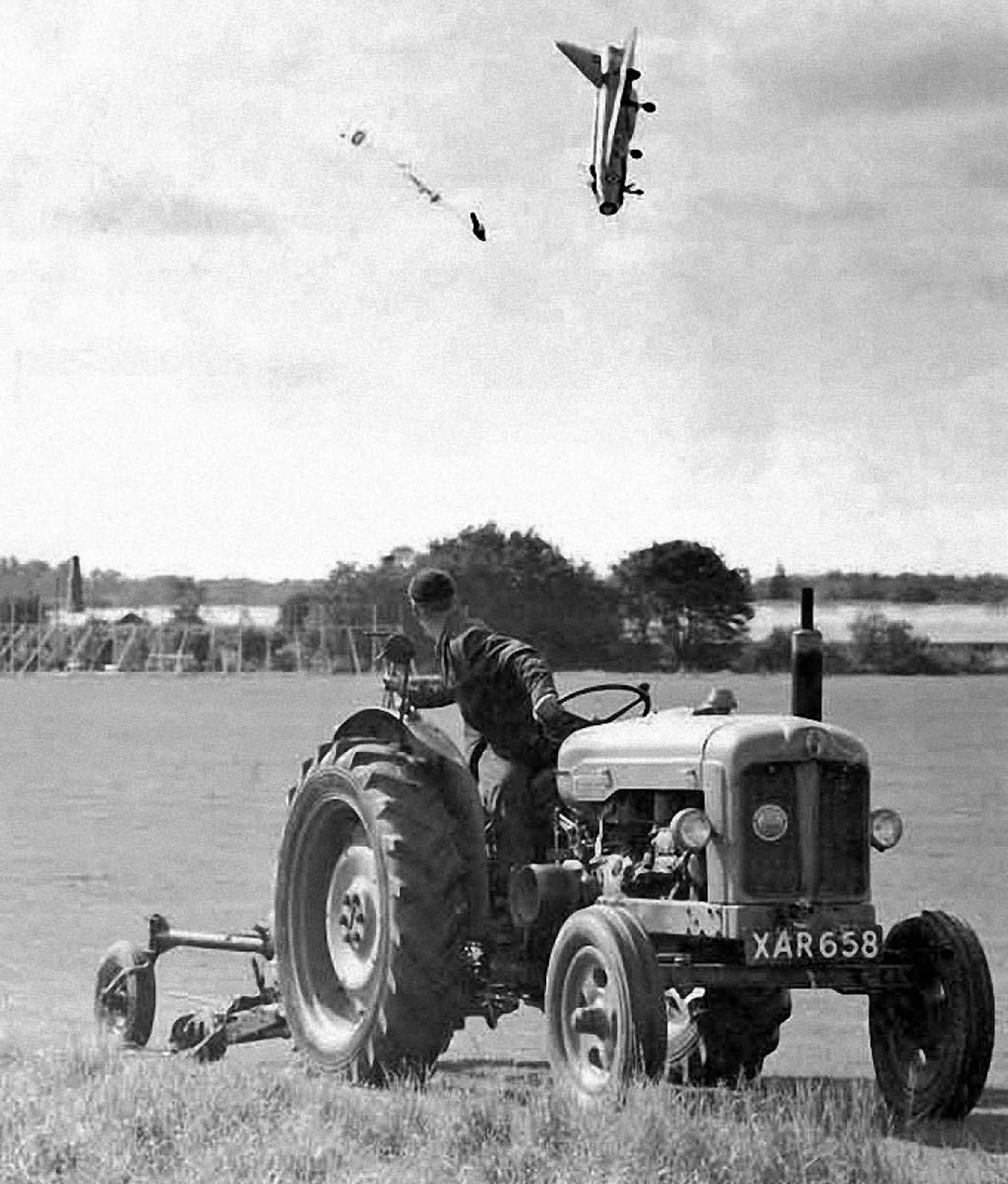 This is the story behind the famous picture of the test pilot George Aird ejected from his Lightning F1 fighter plane. The picture was taken by Jim Meads on September 13, 1962.

It was published in newspapers all around the world at the time and many people thought it was fake until the Ministry of Defence tried to put a “D Notice” on the photograph banning its publication, which confirmed that it was indeed real and not a fake.

The aircraft in the photograph was XG332. It was built in 1959, one of 20 pre-production Lightnings. The Lightning was the only British designed and built fighter capable of speeds in excess of Mach 2 to serve with the Royal Air Force. A unique feature of Lightning’s design is the vertical, staggered configuration of its two Rolls-Royce Avon turbojet engines within the fuselage.

The Lightning was initially designed and developed as an interceptor to defend the V bomber airfields from attack by anticipated future nuclear-armed supersonic Soviet bombers.

What’s the story behind this unbelievable photograph?

Jim Meads, the man who took the picture, was a professional photographer who lived near the Hatfield airfield, next door to De Havilland test pilot Bob Sowray. On this day both of their wives had gone shopping in London and Bob had mentioned to his neighbor that he was due to fly a Lightning that day.

When Meads took his kids to watch the flight, he took his camera along, hoping to get a shot of the plane. His plan was to take a photograph of the children with the airfield in the background as the Lightning came into land. They found a good view of the final approach path and waited for the Lightning to return.

As it happened, Bob Sowray didn’t fly the Lightning that day. The pilot was George Aird, another test pilot working for De Havilland. George Aird was involved in the Red Top Air-to-Air Missile programme and seems to have been a well-respected test pilot. 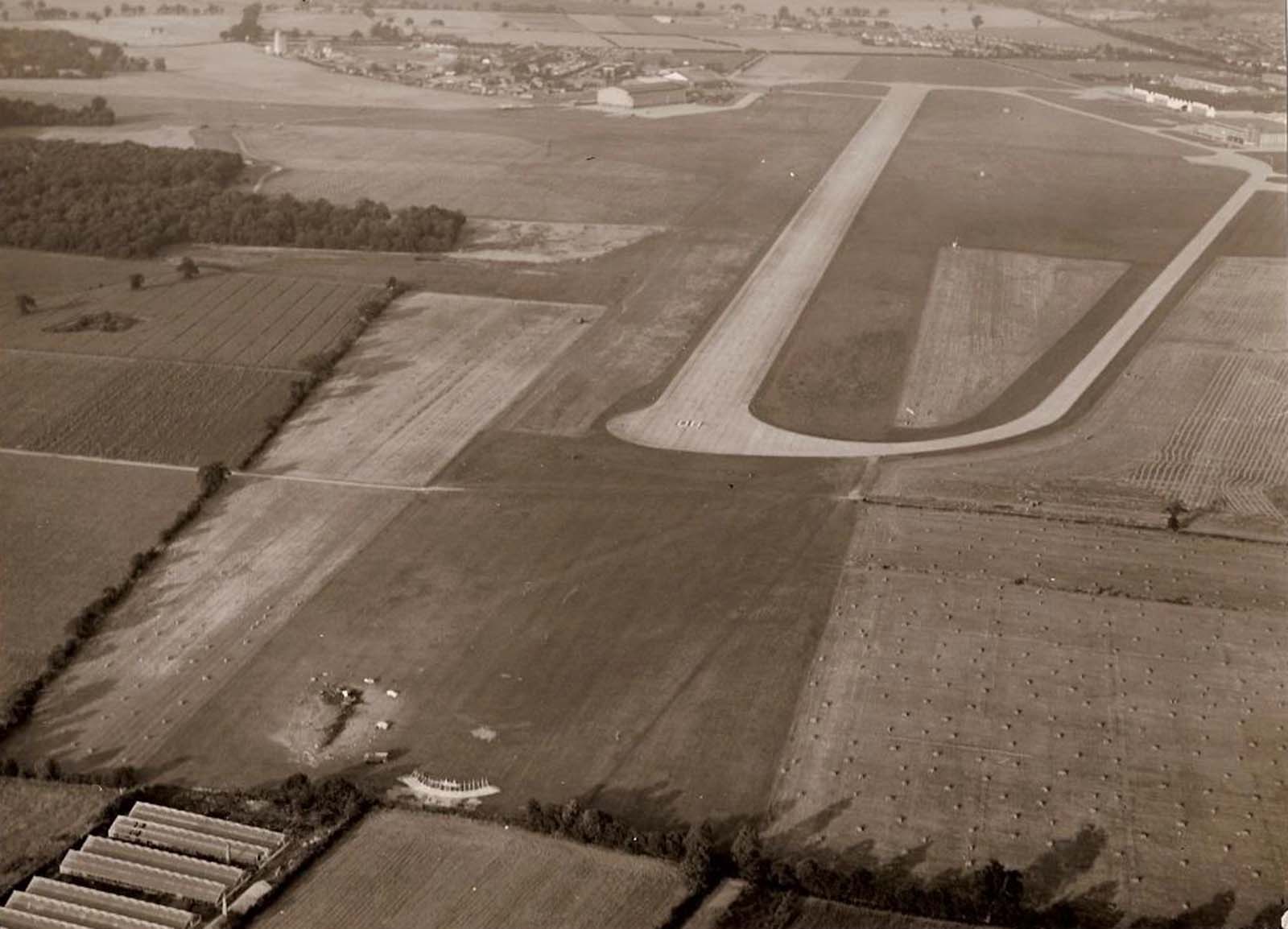 The wreckage of the Lightning can be seen above just on the airfield short of the runway and just beyond the greenhouses in which George landed.

As XG332 Lightning F1 came in on final approach, at around 200ft high (61 meters) its nose pitched up and the pilot ejected. The Lightning had become uncontrollable after an engine fire had weakened a tailplane actuator. Jim Mead took one photo soon after the ejection, and as can be seen, caught the pilot inverted with his parachute still unopened and the Lightning plummeting earthwards close to him.

The tractor driver heard the bang of the ejection seat and is seen after quickly turning around to look at what was going on. The driver was 15-year-old Mick Sutterby, who spent that summer working on the airfield. He wasn’t posing for the camera. In fact, he was telling the photographer, Jim Mead, to move on, because he shouldn’t be there.

Fortunately, the pilot George Aird survived after coming down through a greenhouse roof, breaking both legs and right thigh. He was unconscious due to the impact of landing and was woken by jets of cold water from the greenhouse’s sprinkler system. He later recovered to resume his flying career.

The photographs taken that day first went to the Ministry of Aviation. Once they were released, Mead sold them to the Daily Mirror. The Daily Mirror paid Mead £1,000 for the rights to the photograph: £20,000 by today’s standards. 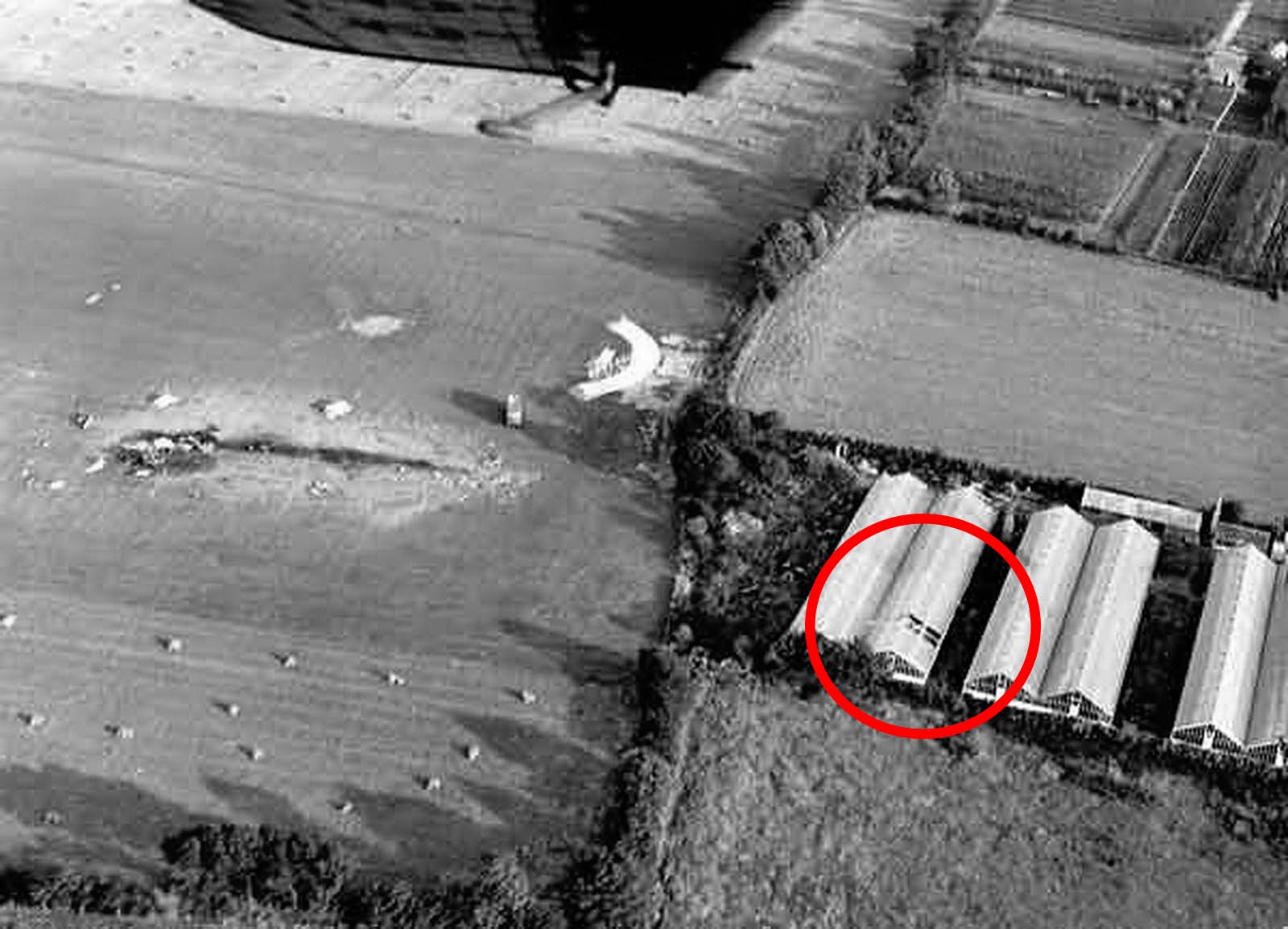 The hole where George and the ejection seat went through the glass roof can be seen in the above picture at the near end of the roof of the second greenhouse from the left.