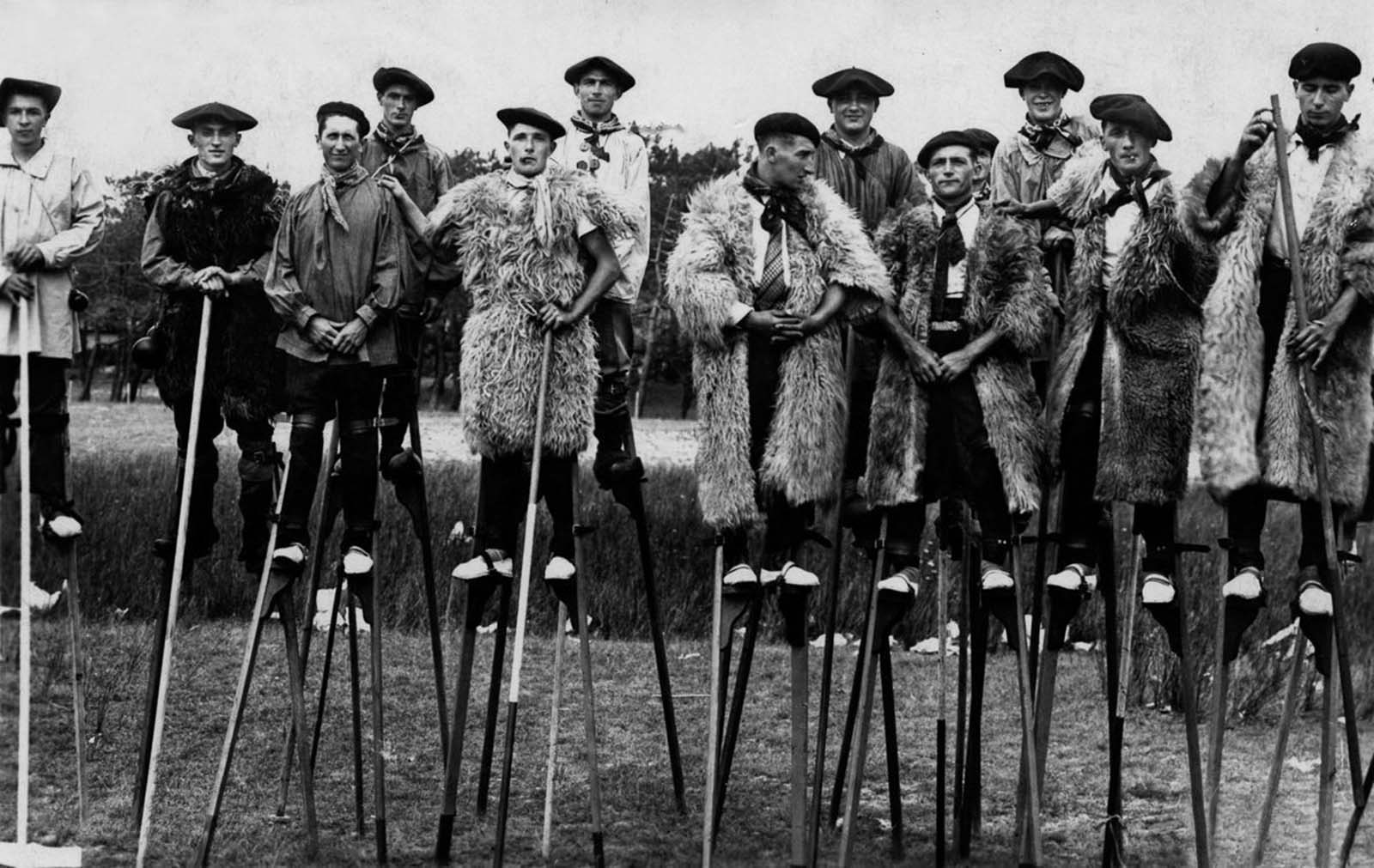 Until the beginning of the 20th century, stilts were actually used to make people’s lives easier and shepherds depended on them to follow their flocks with a bird’s eye view. 1936.

The once-impoverished region of Landes in southwestern France consisted of very flat and marshy terrain and barely even had any roads to speak of, which made moving around somewhat problematic. To navigate the soft and unsteady heathlands, shepherds developed a unique adaptation — they traveled on stilts.

Locally referred to as tchangues, or “big legs,” the five-foot wooden stilts were strapped to a person’s legs and supplemented with a long staff which a shepherd used to direct his flock and as a support for resting. Perched comfortably atop this tripod configuration, a shepherd was afforded an elevated view to keep track of his sheep and watch for wolves.

The people of Landes were trained in stilt walking from a young age, and were capable of astonishing dexterity and balance, easily running, hopping, and even bending down to pluck flowers.

When Empress Josephine visited the region in 1808, an escort of stilt walkers greeted her, their long strides allowing them to keep pace with Josephine’s trotting carriage horses.

The stilt shepherds of Landes were written about in the Scientific American Supplement, No. 821, Sep. 26, 1891: “The shepherds of Landes … acquire an extraordinary freedom and skill … knows very well how to preserve his equilibrium; he walks with great strides, stands upright, runs with agility, or executes a few feats of true acrobatism, such as picking up a pebble from the ground, plucking a flower, simulating a fall and quickly rising, running on one foot, etc”.

In the 19th century, as the marshes of Landres dried up and the shepherd’s need to move on stilts began to disappear, the practice became strangely fashionable among some of the more eccentric aristocrats of French society. In the early 20th century, stilt marathons were held in Paris, celebrating the French agricultural tradition. 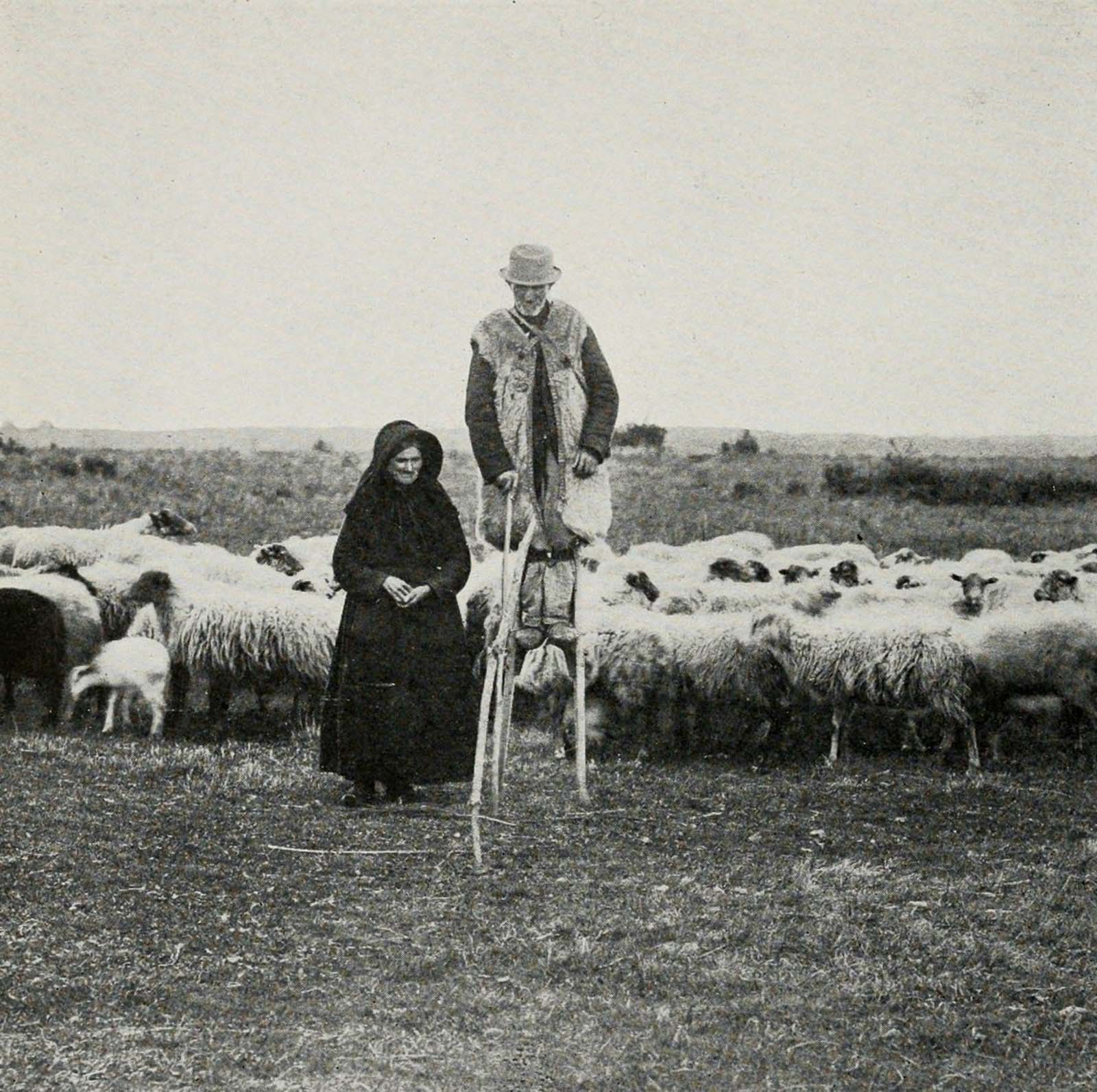 Not only were locals able to get around more easily, the stilts were allegedly an extremely speedy method of transport; as fast as a horse in full trot. 1908. 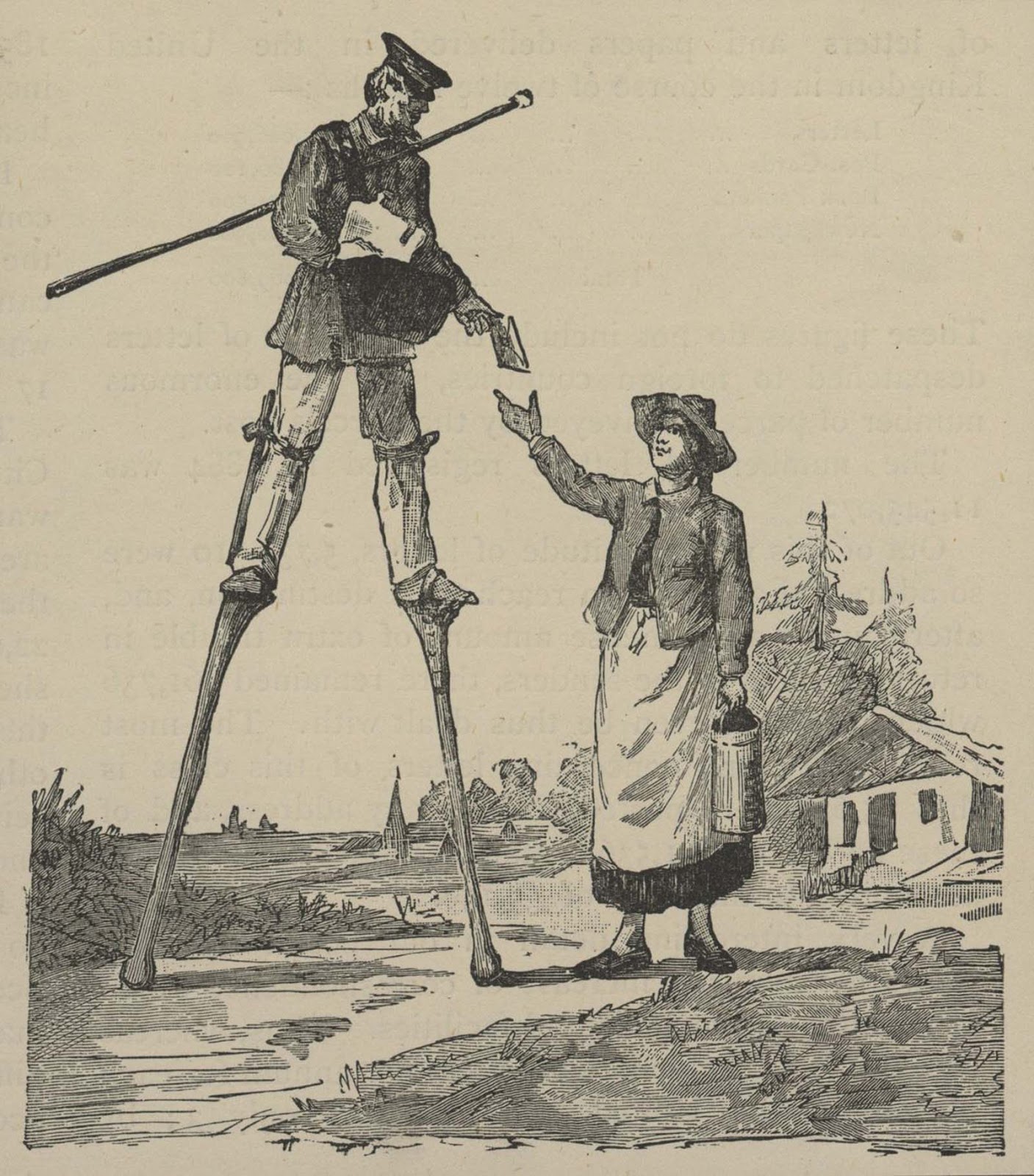 An illustration of a mid-19th century Landes postman. 1850. 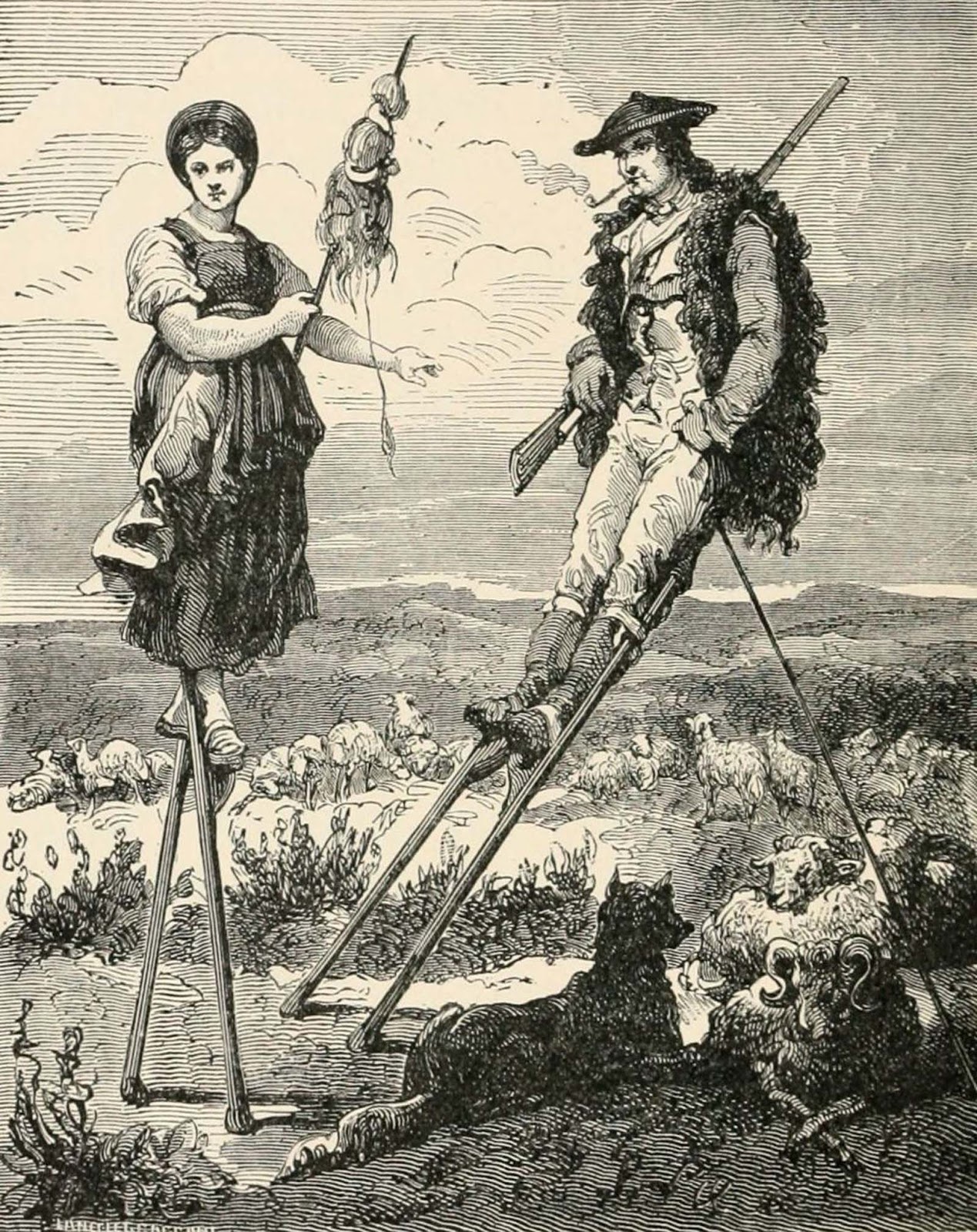 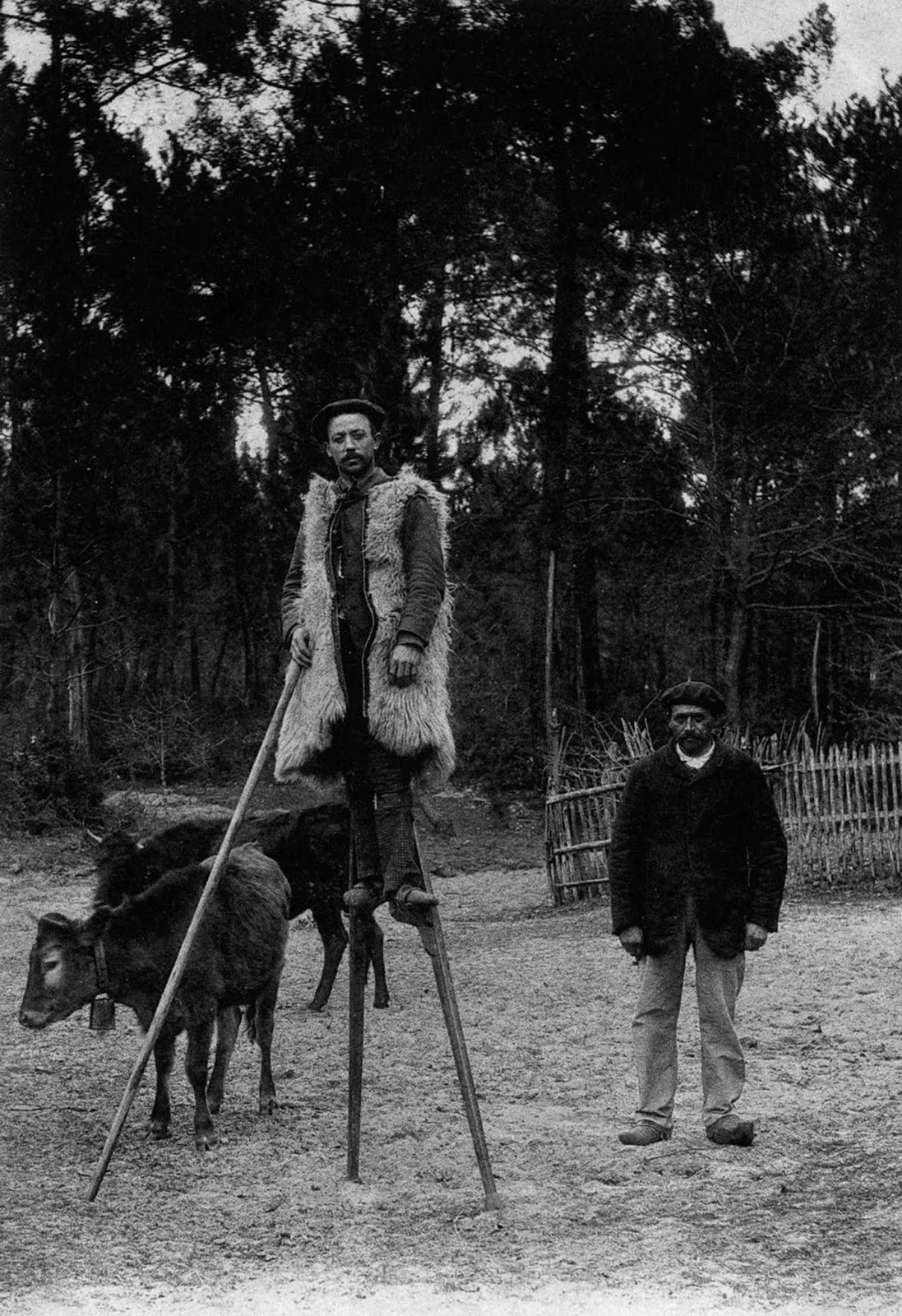 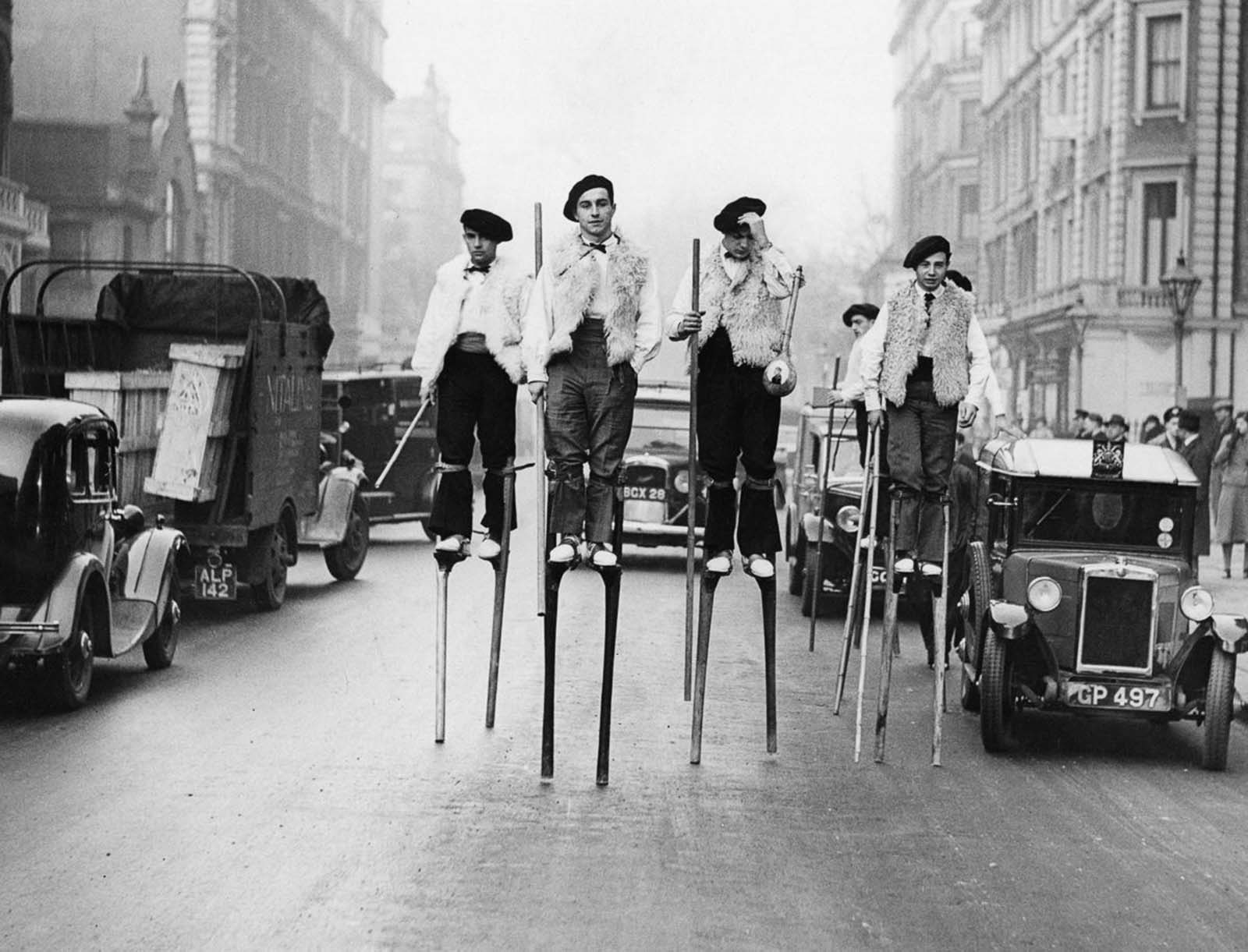 Stilt dancers from Landes walk through London on their way to a performance at the Albert Hall. 1937. 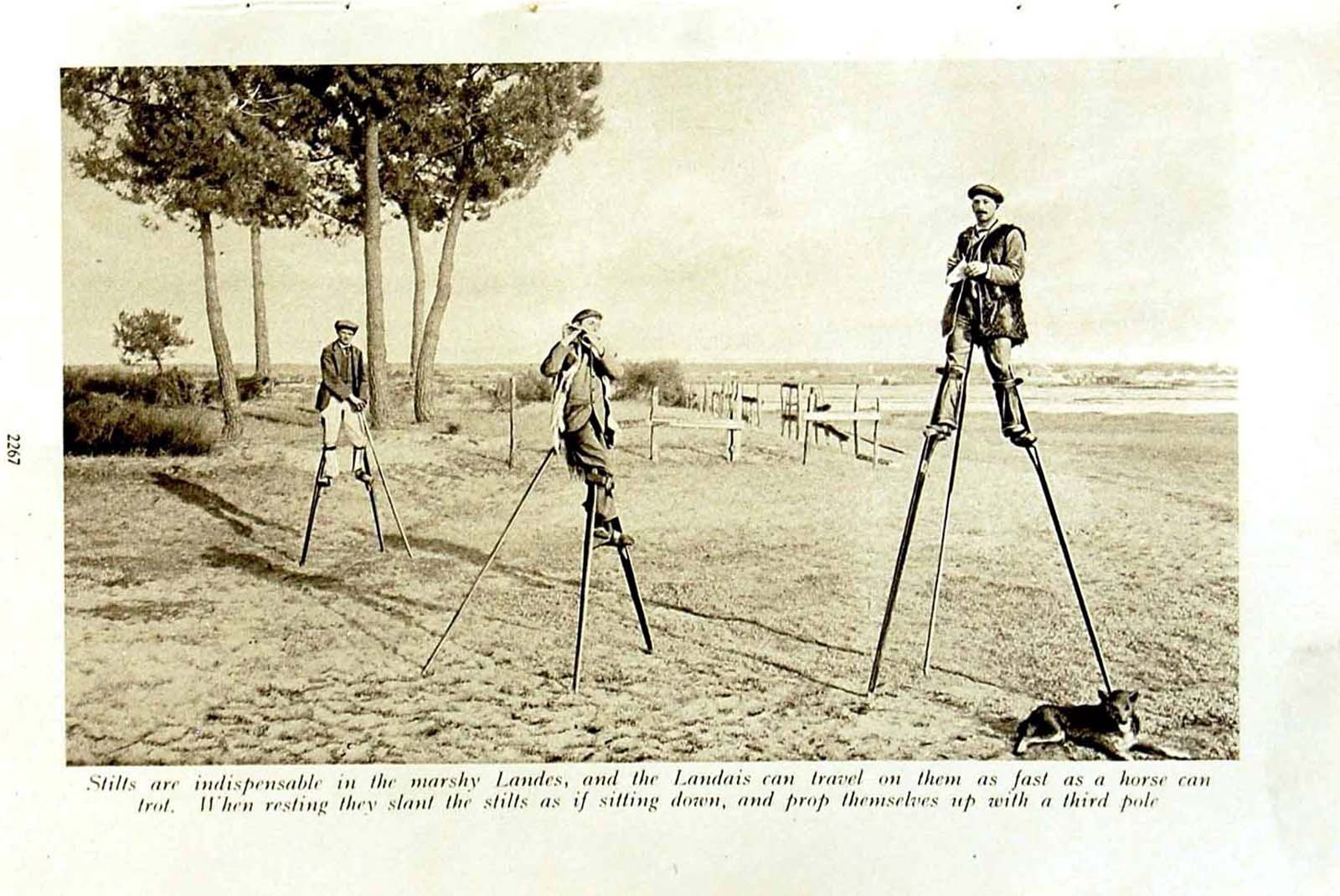 When Napoleon Bonaparte’s wife Josephine visited Landes in 1808, a convoy of stilt-walkers were sent to greet her and accompanied her carriage into town, moving with ease alongside her trotting horses. 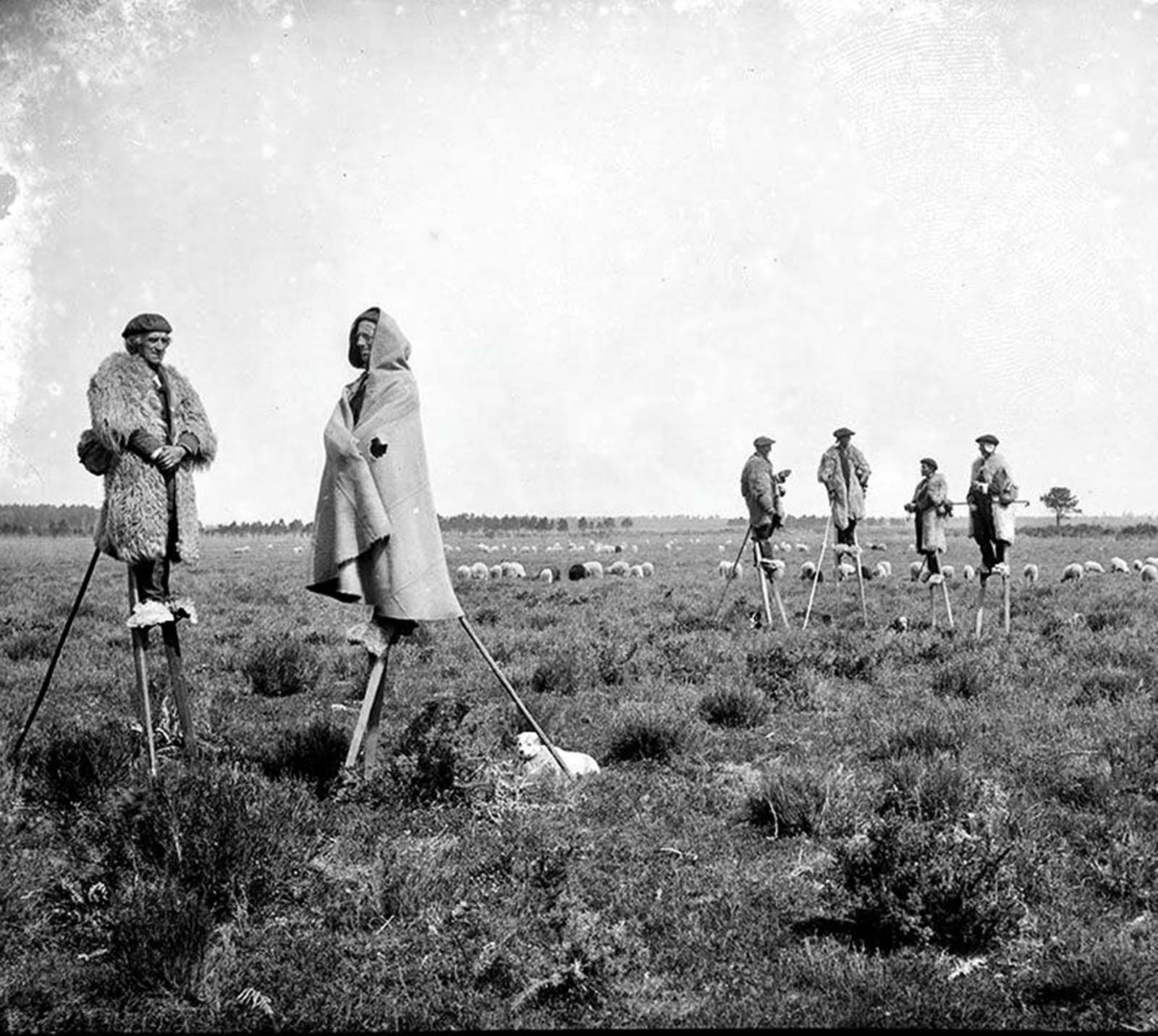 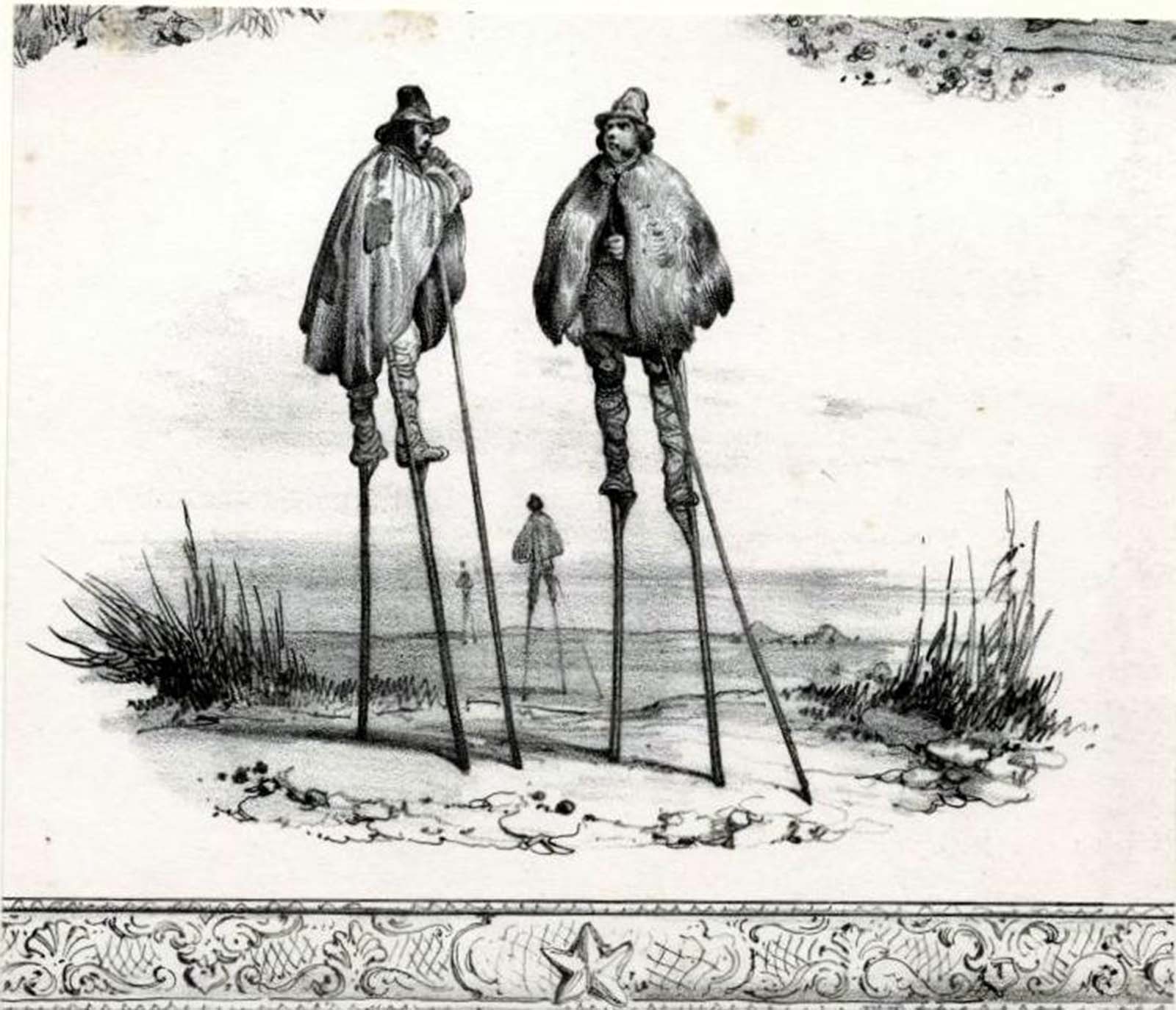 That’s one way to keep your feet dry.