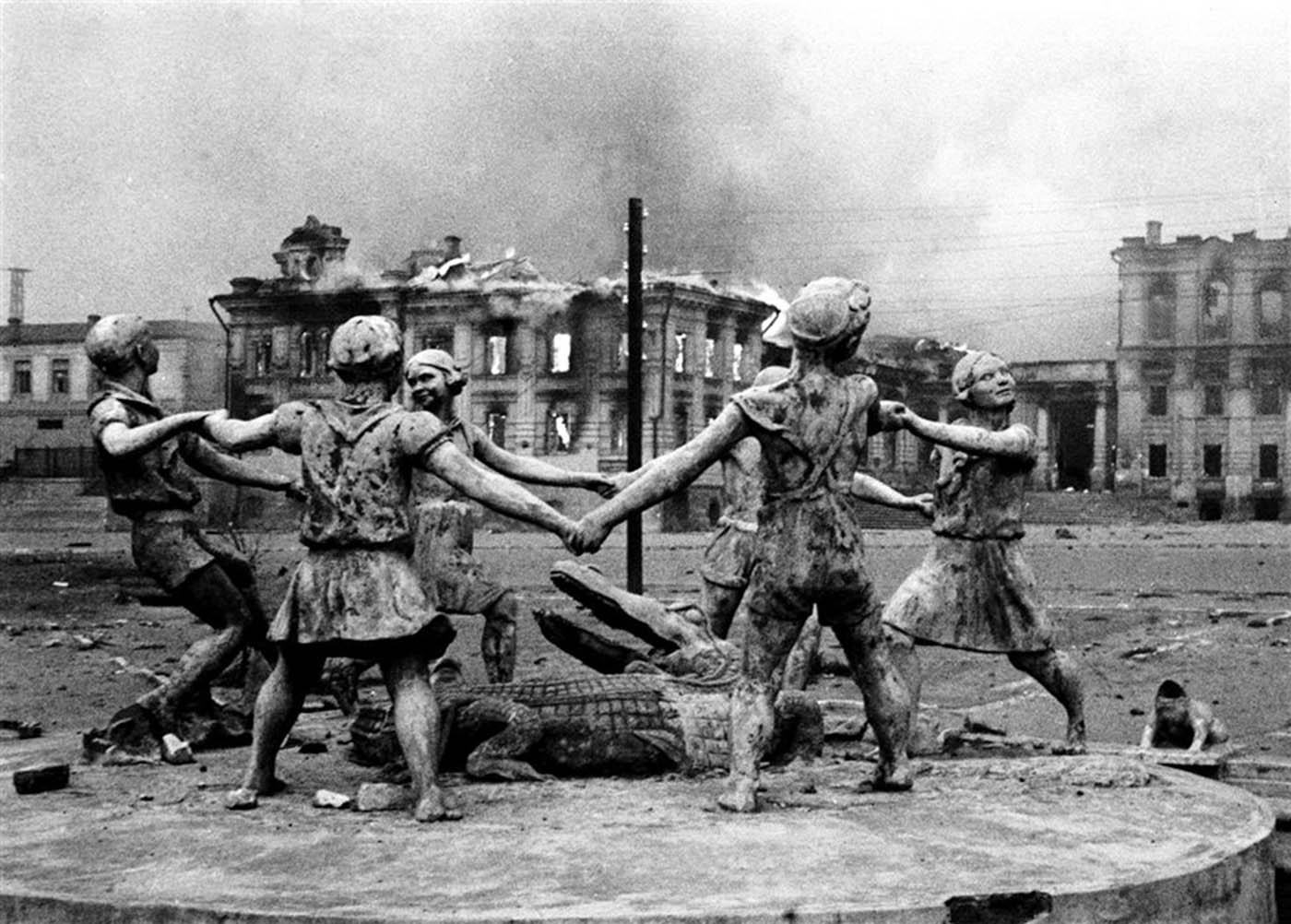 The statue of six children dancing around a crocodile became famous worldwide due to several pictures that a Soviet photographer took after the German army’s devastating bombings.

A picture of the fountain taken by Emmanuil Yevzerikhin on August 23, 1942, conveyed the devastation of the Battle of Stalingrad by juxtaposing a pastoral scene of children dancing around a playful crocodile and the city’s bombed-out, burning buildings in the background.

On the day the photograph was taken, about 40,000 civilians lost their lives to Nazi airstrikes, according to official statistics. The Battle of Stalingrad was one of the bloodiest battles in history, with combined military and civilian casualties of nearly 2 million.

The children’s fountain stood in the square just in front of Stalingrad’s main train station, greeting arriving visitors with its message of an exuberant future.

Evzerikhin’s photograph turned that image of innocence upside down and turned the fountain into a commentary on war. In the background is a city now in flames and littered with rubble, devastated by months of bombing.

The city square, once bustling with pedestrians, is empty. What dominates the center of the frame is “children” engaging in leisure time activity, but it seems that the only children who have survived the war are made of concrete and placed around a fountain. In Evzerinkhin’s apocalyptic vision, life as we know it has ended.

Officially named the Children’s Khorovod, literally “Children’s Round Dance”, the fountain was initially installed in 1939 and was based on a fairy-tale poem by Korney Chukovsky (1882-1969).

The fountain was restored after World War II and was removed in the 1950s. A replica has been installed at the original site, for the 23 August 2013, for the 71st anniversary of the Battle of Stalingrad.

Two replicas of the fountain were installed in 2013 at different locations in Volgograd, one of them nearby the very same railway station. A terrorist attack in December 2013 once more placed the fountain against the scene of destruction, reminiscent of the wartime photo.