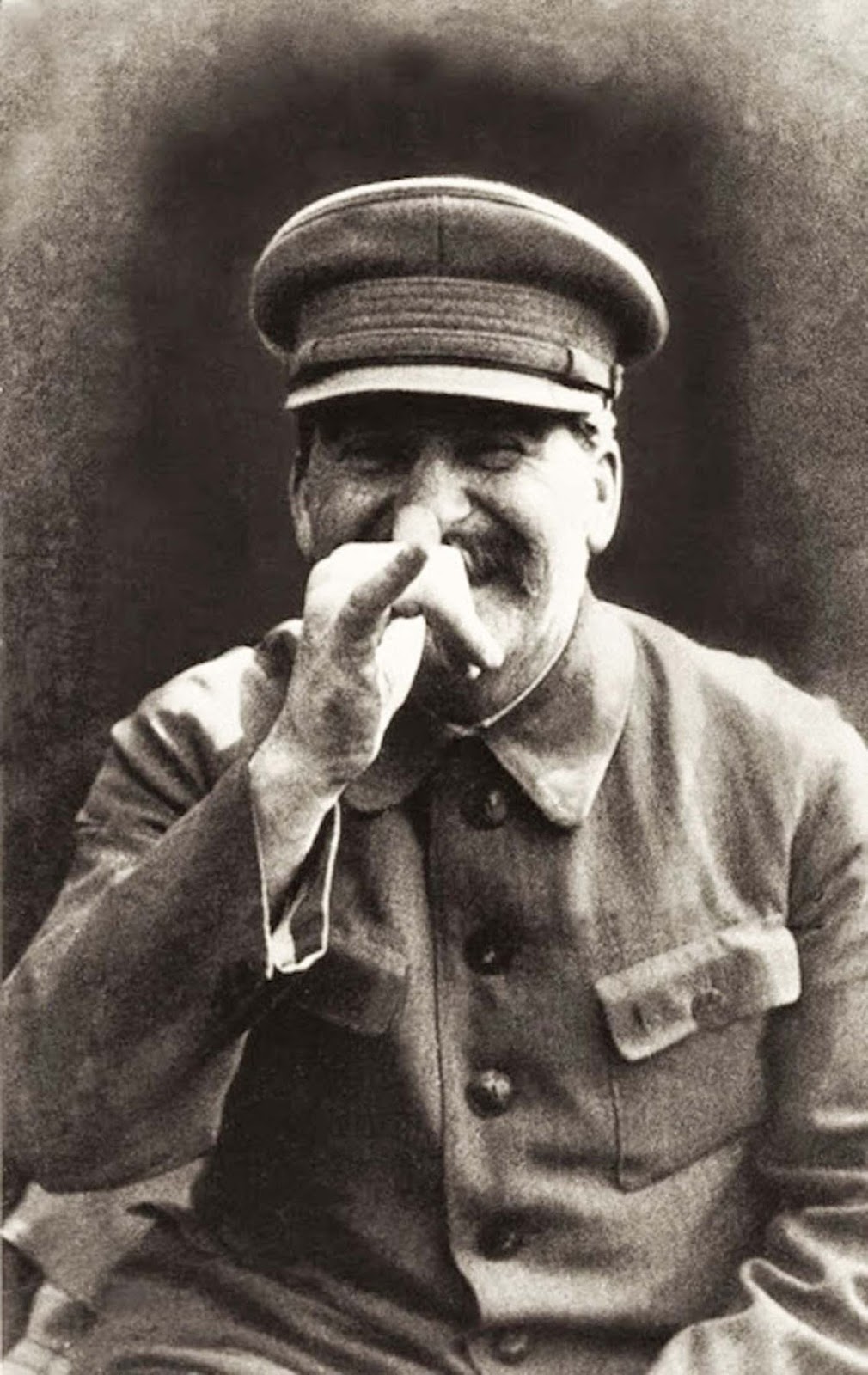 Stalin in an off-record photo captured by his bodyguard Vlasik. The year is unknown.

Vlasik’s off-the-record photos of Stalin caused a sensation in the early 1960s when an enterprising Soviet journalist spirited some out, selling them to newspapers and magazines worldwide. This photo shows how human this “monster” was, like Hitler with his German Shepherd or smiling with his maniac cohorts.

How was Stalin in private life? According to witnesses he enjoyed billiards, liked playing games with children, flirted with the wives of colleagues, drank too much, had a weakness for bananas.

He was an avid gardener, proud of his roses and lemons. He loved to screen John Ford westerns and especially the movie “It Happened One Night”. And when he wanted to charm, he charmed. When Stalin incorrectly pronounced a word, everyone who spoke after him took great care to make the same mistake.

Even his sense of humor smelt of tyranny. He transformed his colleagues into frightened toadies, then amused himself by ridiculing their eagerness to please. And he found it amusing, during the Great Terror of the later 1930s, that people often confessed, under torture, to crimes which they could not have committed.

Sebag Montefiore tells an anti-Stalin joke: The leader loses his trademark pipe, complains about missing it, then finds it under a sofa. Lavrentiy Beria, head of the police force and chief liquidator, says “This is impossible! Three people have already confessed to this crime!”. What makes the joke more than a joke is that Stalin loved to tell it.

Beginning in 1931, Vlasik was chief of Stalin’s personal protective service in Kremlin. He also became, in essence, a member of the family. But that not saved him from Stalin’s purge in connection with the Doctors’ plot of 1952. After Stalin died in 1953, he was released from a gulag.

In the memoirs of Stalin’s daughter, Svetlana Allilueva, she characterizes Vlasik as an “illiterate, silly, rough and extremely impudent despot”. As she said he was so corrupted with authority, that “he began to dictate to art workers and arts, tastes of comrade Stalin”, and “…figures listened and followed his councils. Any celebratory concert at the Big Theatre or Georgia’s Hall did not take place without the sanction of Vlasik”.

In his memoirs, Vlasik wrote: “I was severely offended by Stalin. For 25 years of doing an excellent job, receiving nothing but encouragement and awards, I was excluded from the Party and flung into prison. For my boundless fidelity, he gave me into the charge of my enemies. But never, for any minute of the condition I was in, to whatever mockeries I was exposed while in prison, had I in my soul any malice against Stalin”.