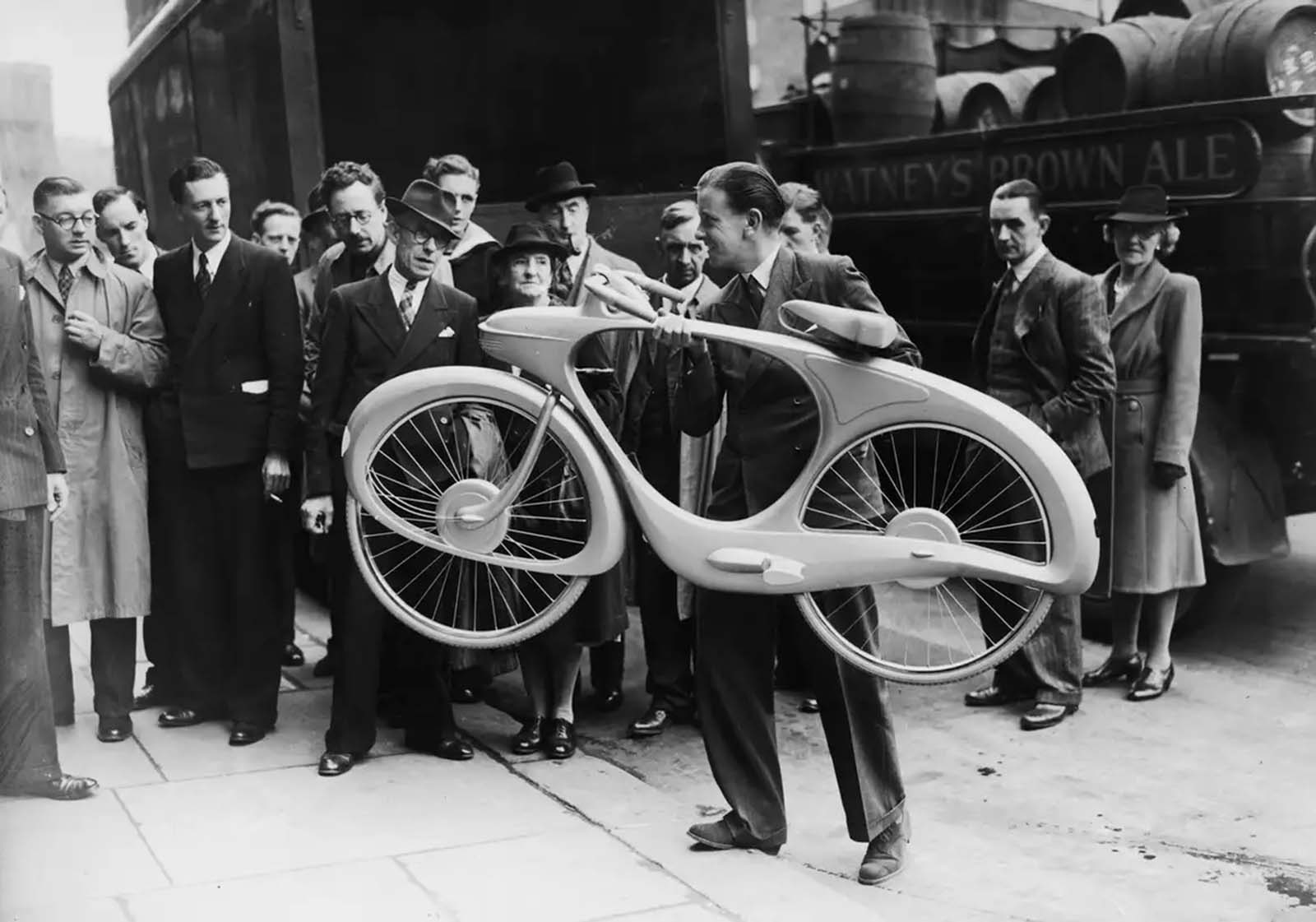 The Spacelander bicycle was designed by Benjamin Bowden for the 1946 exhibition Britain Can Make It. Originally known as the Classic, the streamlined design was said to represent what the bicycle of the future was supposed to look like.

Its curving lines and amoeba-like voids represent the mutation of the prewar streamlined style into a new expression based on organic, rather than machine-made, forms.

The frame was made from two steel clamshell halves pressed together into a monocoque and the front fork and mudguard were all one piece.

The prototype featured a driveshaft and a hub dynamo that stored energy when riding downhill and gave a boost when riding uphill. The batteries inside the frame powered lights, a horn, and a built-in radio.

Although the bicycle’s unusual appearance created substantial public interest initially, British bicycle makers were reluctant to invest in the high degree of re-tooling needed to manufacture the bicycle.

Bowden moved to the US to seek backing for the bike and over a decade later, in 1960, the production Spacelander was built in Michigan. The manufacturer suggested molding the bicycle in fiberglass instead of aluminum. 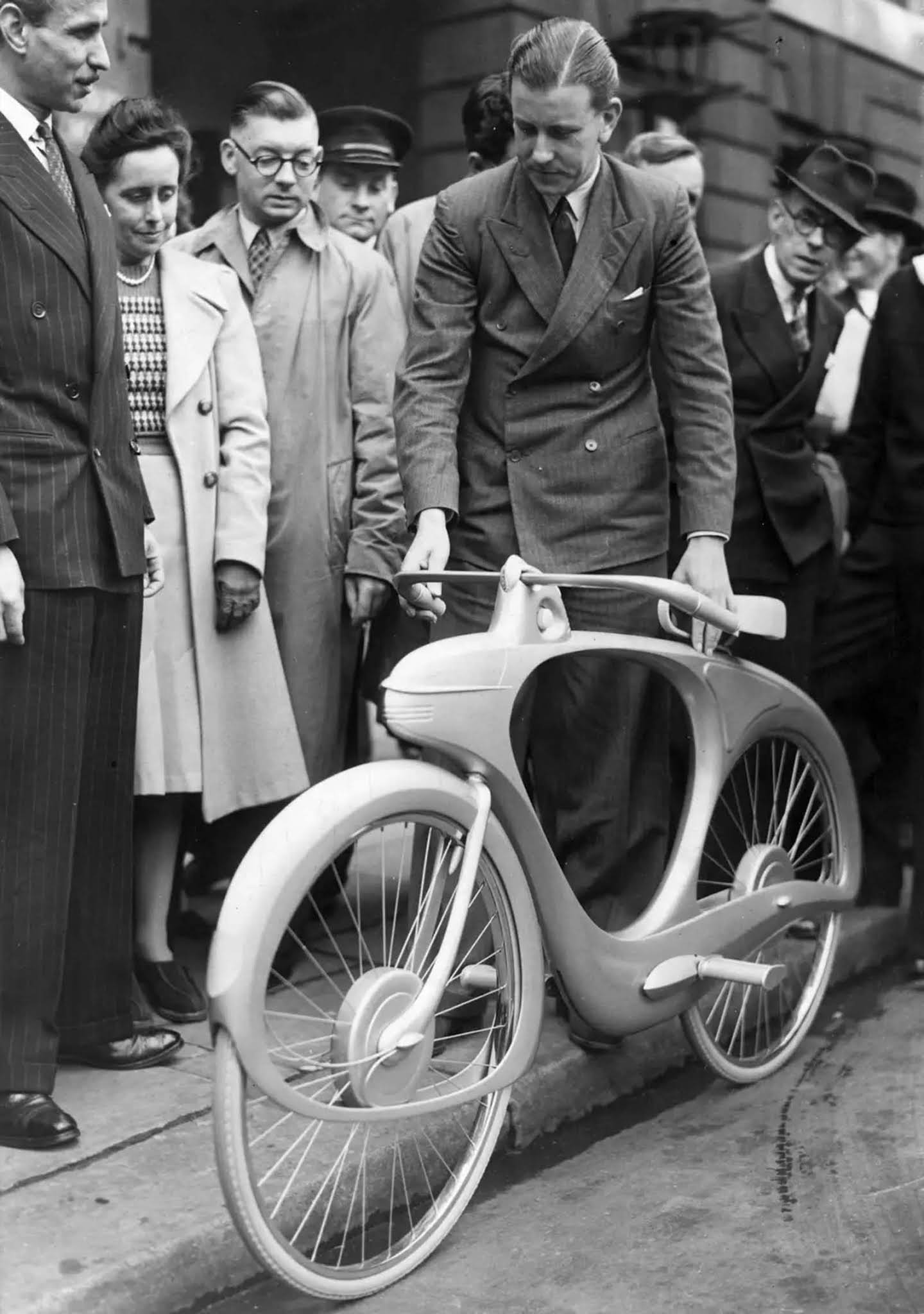 Although he retained the futuristic appearance of the Classic, Bowden abandoned the hub dynamo and replaced the drive-train with a more common sprocket-chain assembly. The new name, Spacelander, was chosen to capitalize on interest in the Space Race.

Financial troubles forced Bowden to rush the development of the Spacelander, which was released in 1960 in five colors: Charcoal Black, Cliffs of Dover White, Meadow Green, Outer Space Blue, and Stop Sign Red.

The bicycle was priced at $89.50, which made it one of the more expensive bicycles on the market. In addition, the fiberglass frame was relatively fragile, and its unusual nature made it difficult to market to established bicycle distributors.

Only 522 Spacelander bicycles were shipped before production was halted, although more complete sets of parts were manufactured.

Beginning in the 1980s, there was a resurgence of interest in the Spacelander as a collectors’ item. The Bicycle Museum in Pennsylvania owns 17 of the proposed 38 left Spacelanders in the world. 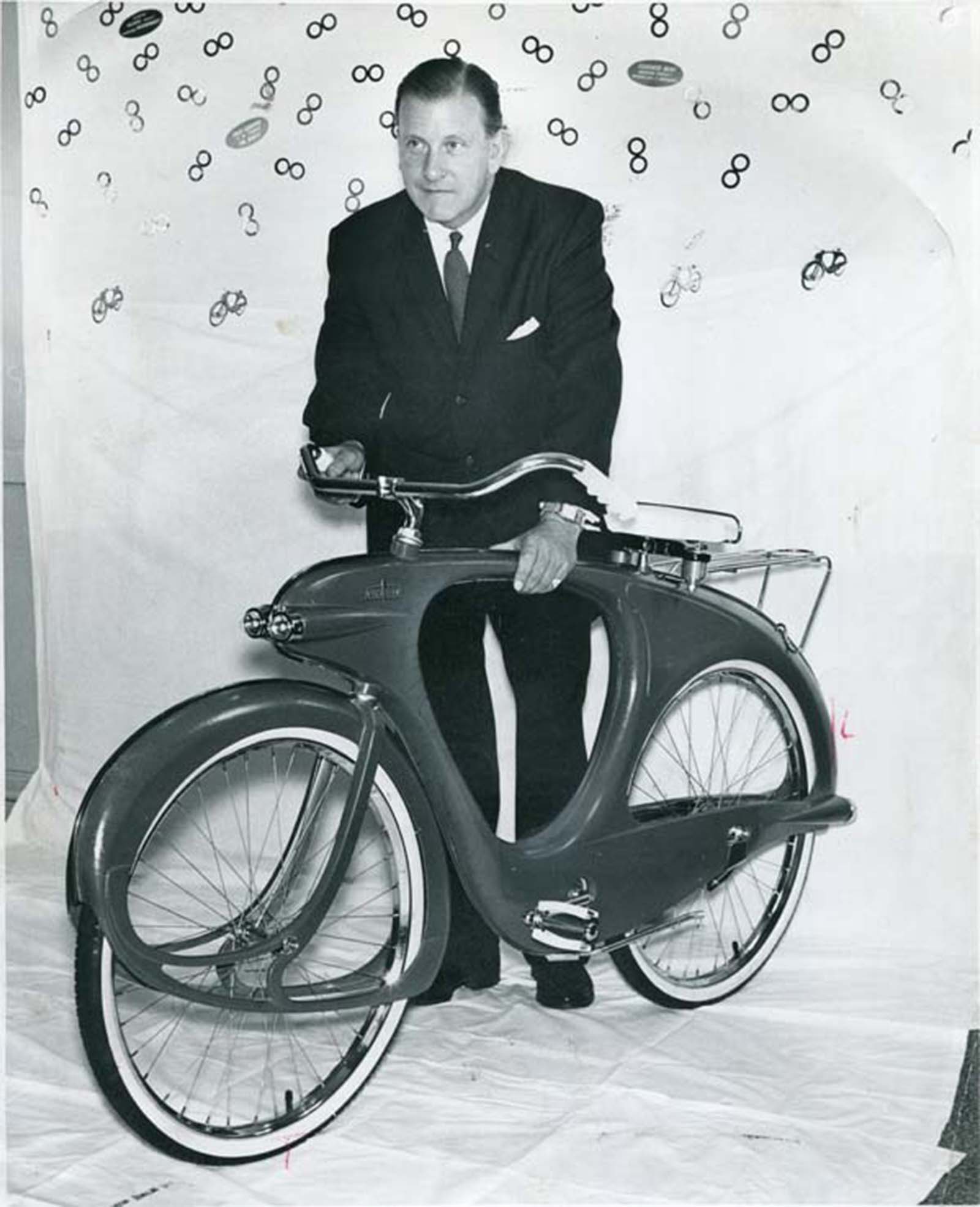 “An ordinary pedal bicycle has two wheels that are joined by steel tubes. So being a designer in the automobile industry, I decided that I should think of something different, but not too different in its function. You’d still have to pedal around.” 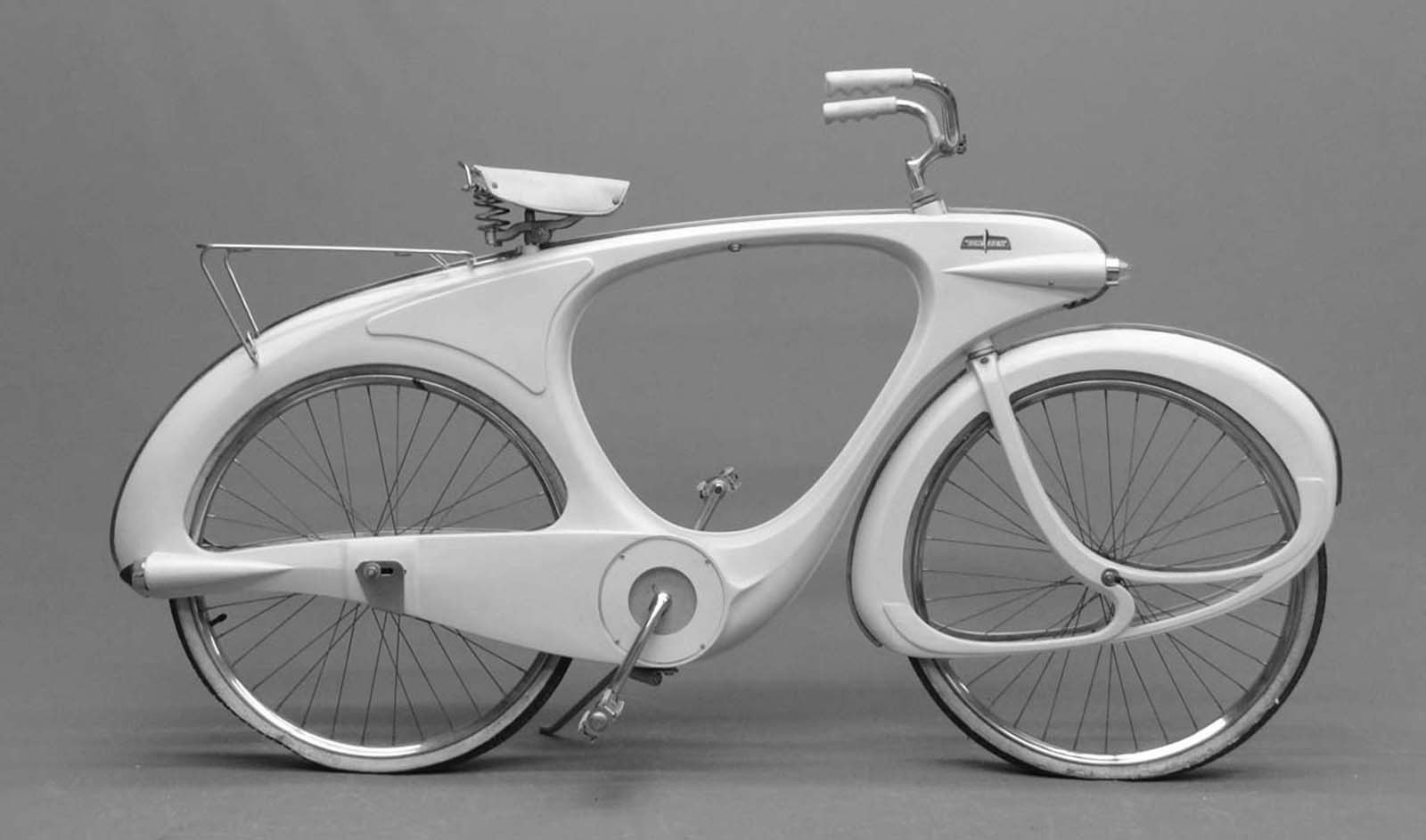 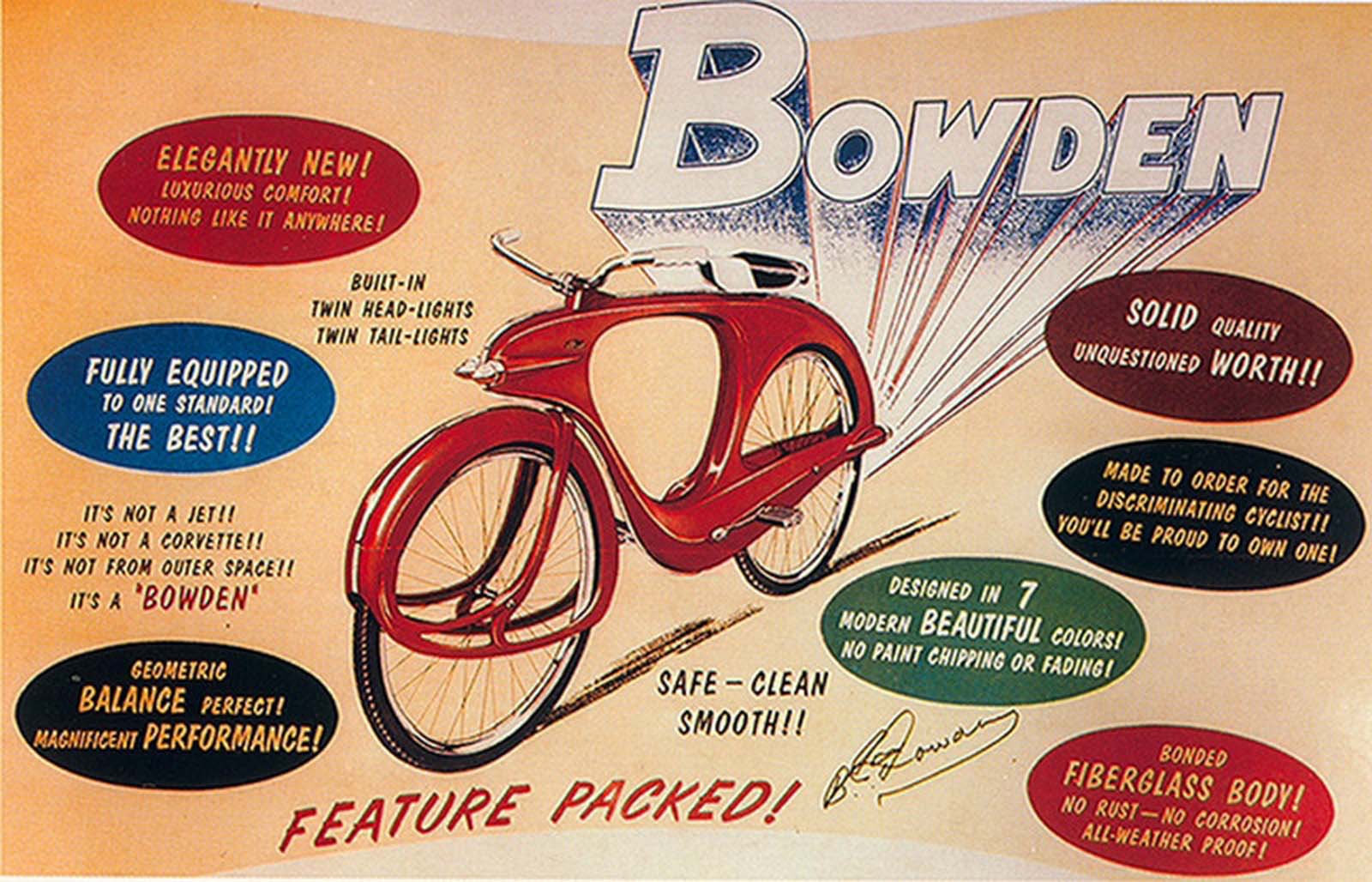 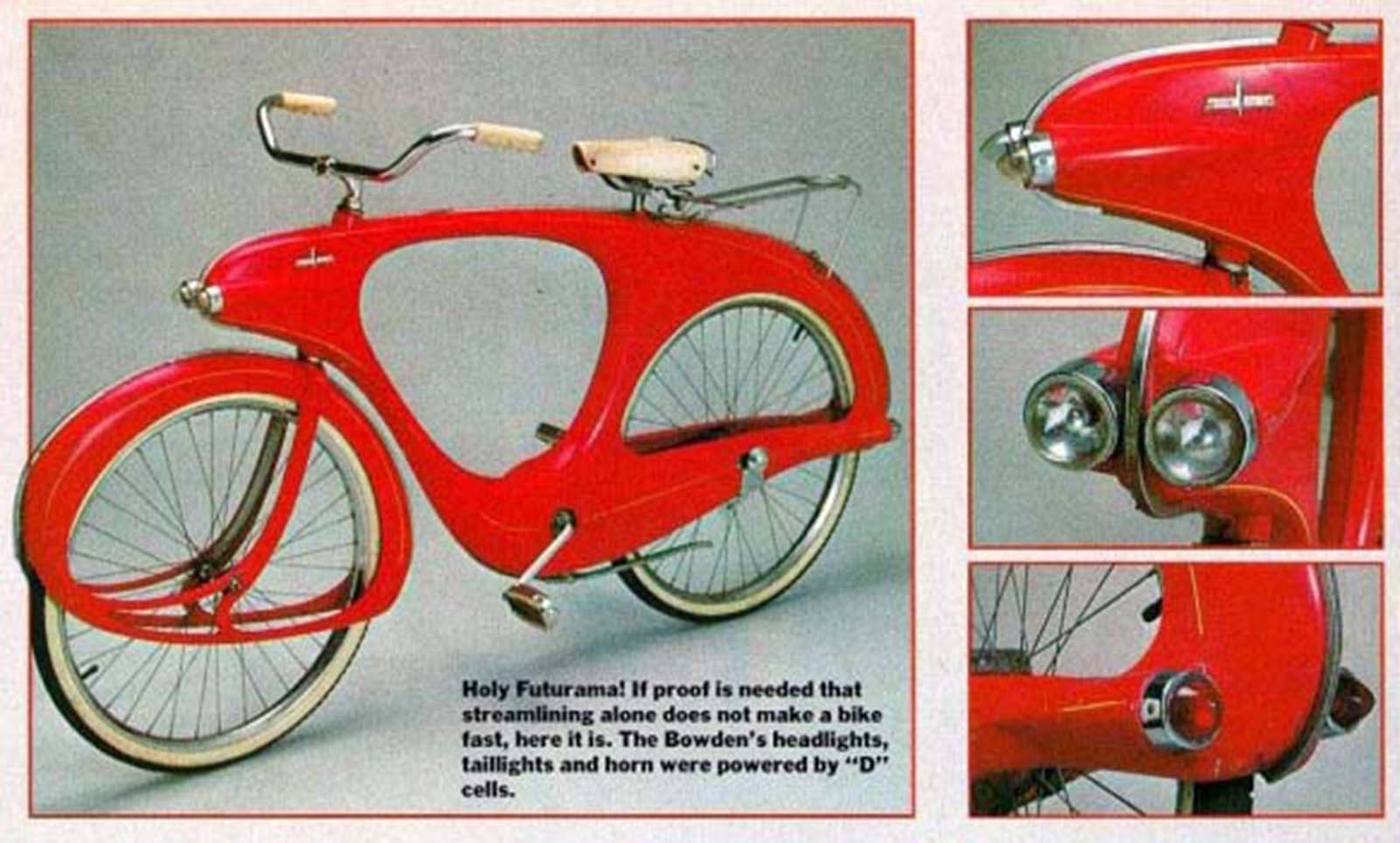 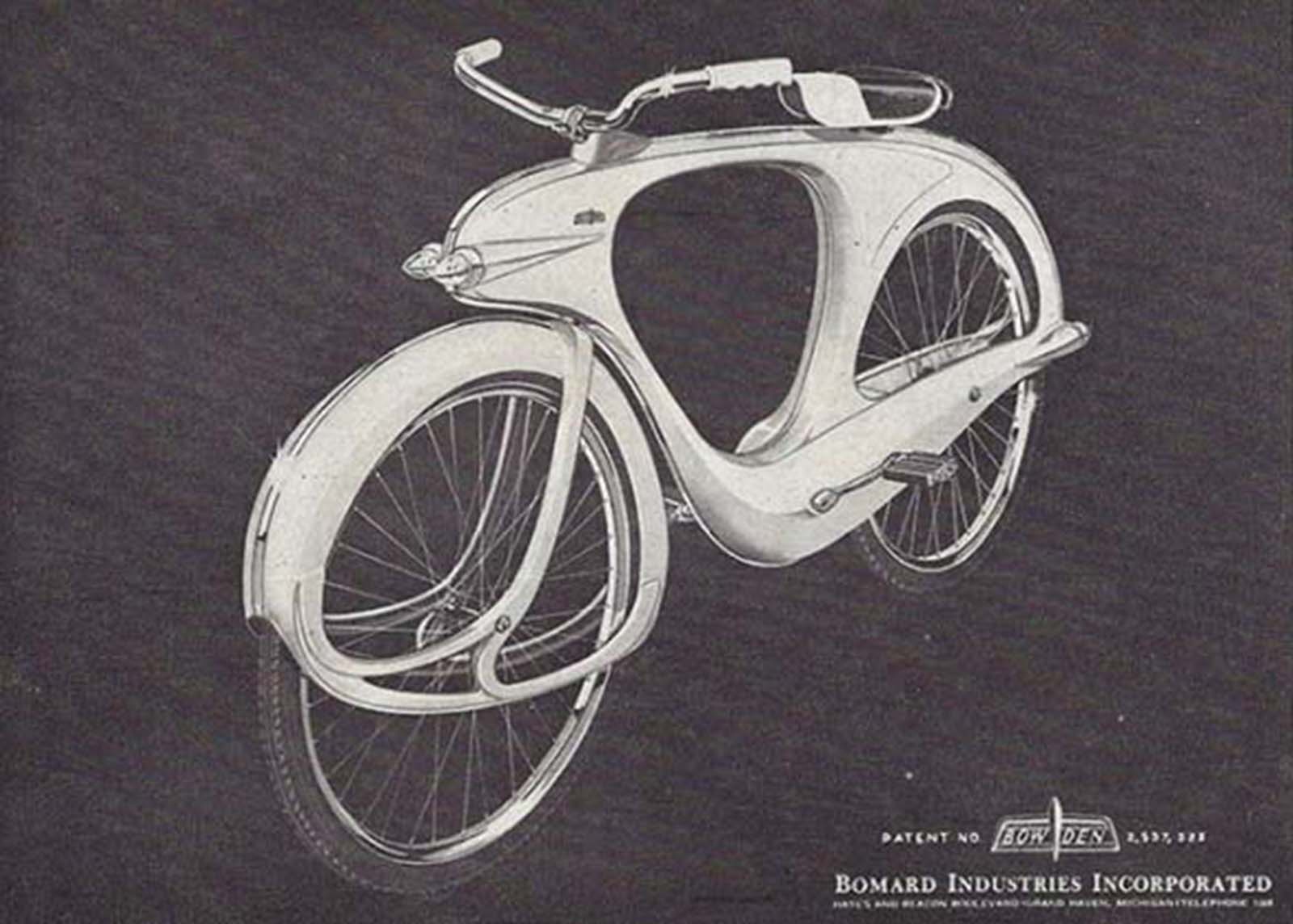 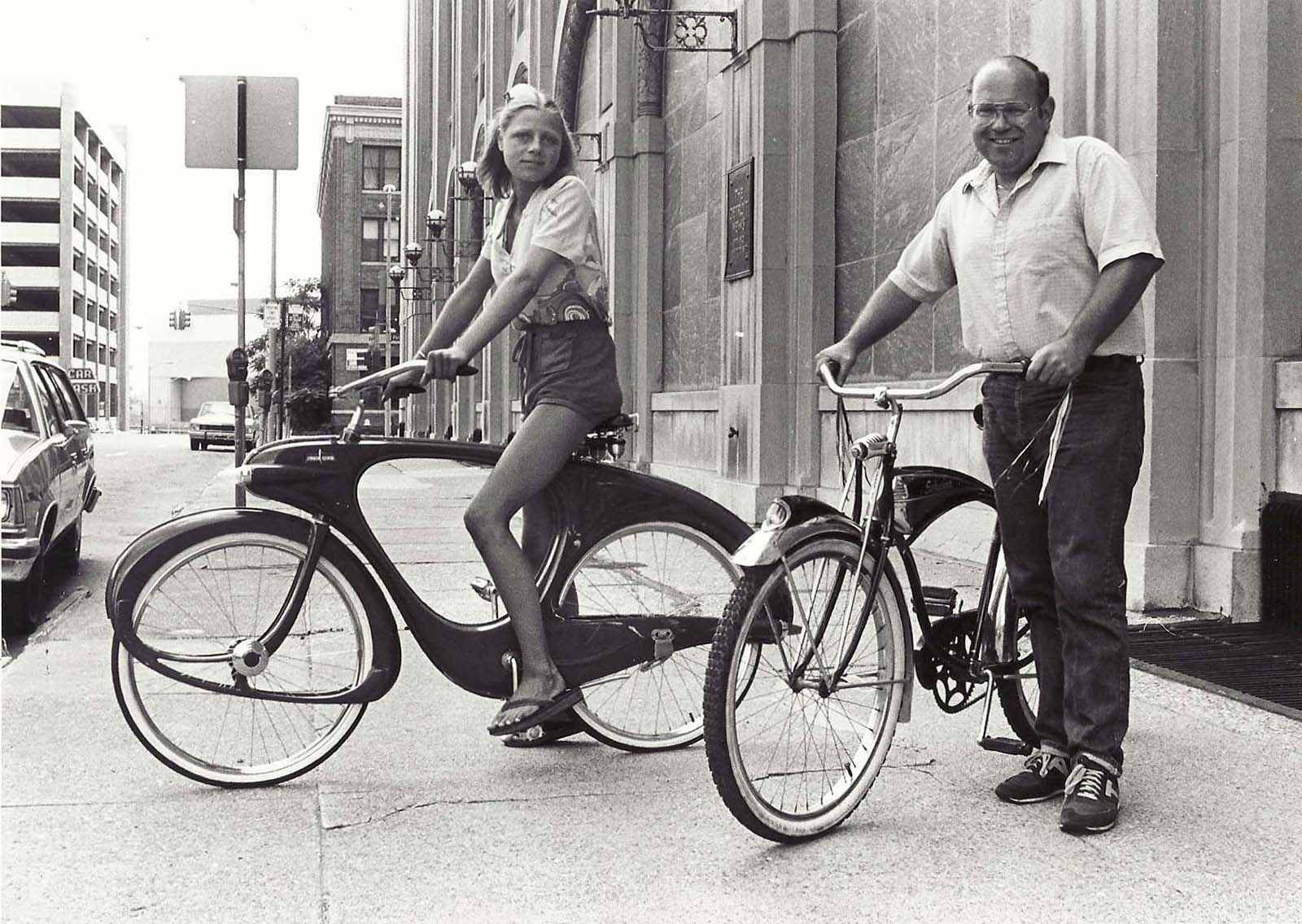 Only 522 Spacelander bicycles were shipped before production was halted. 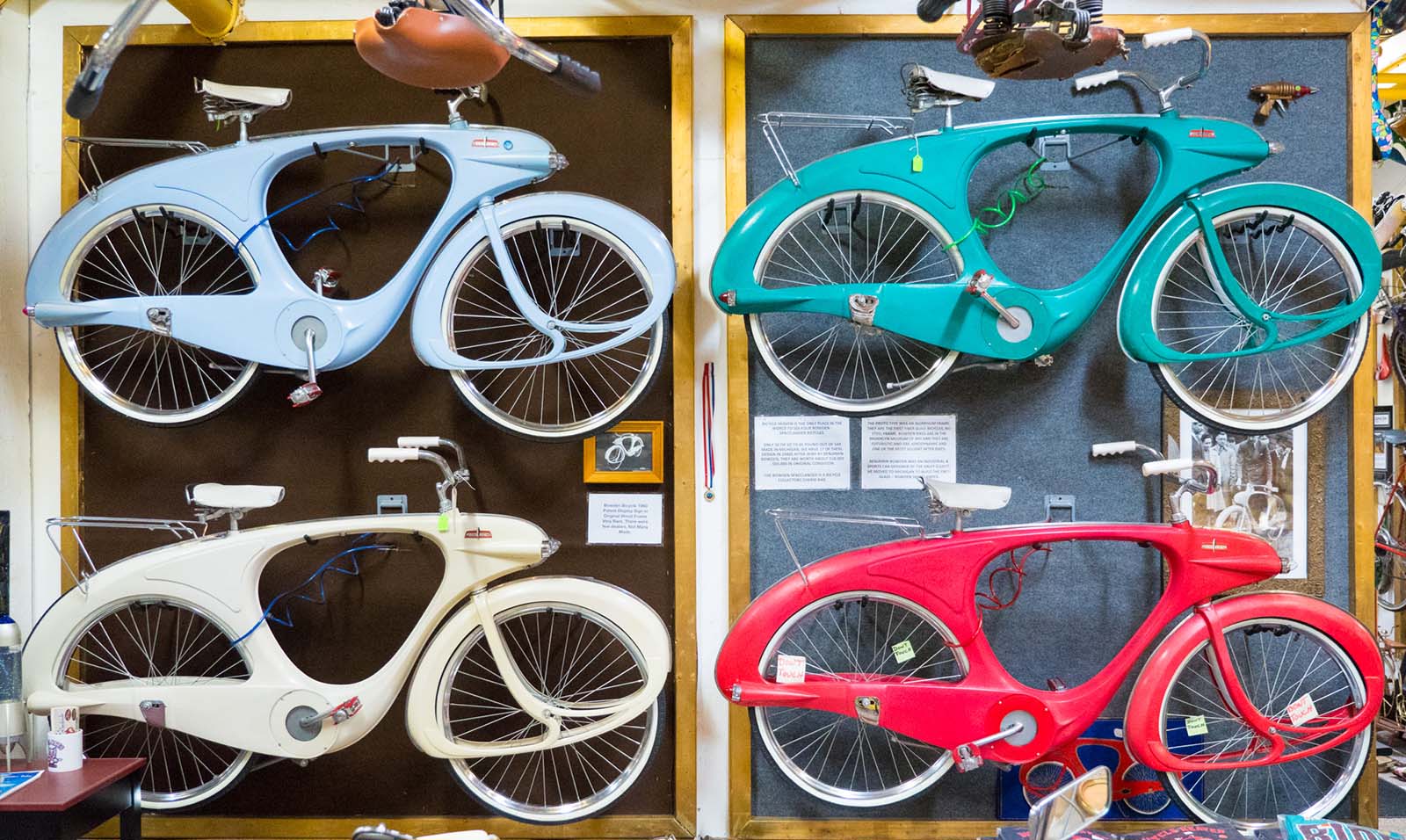