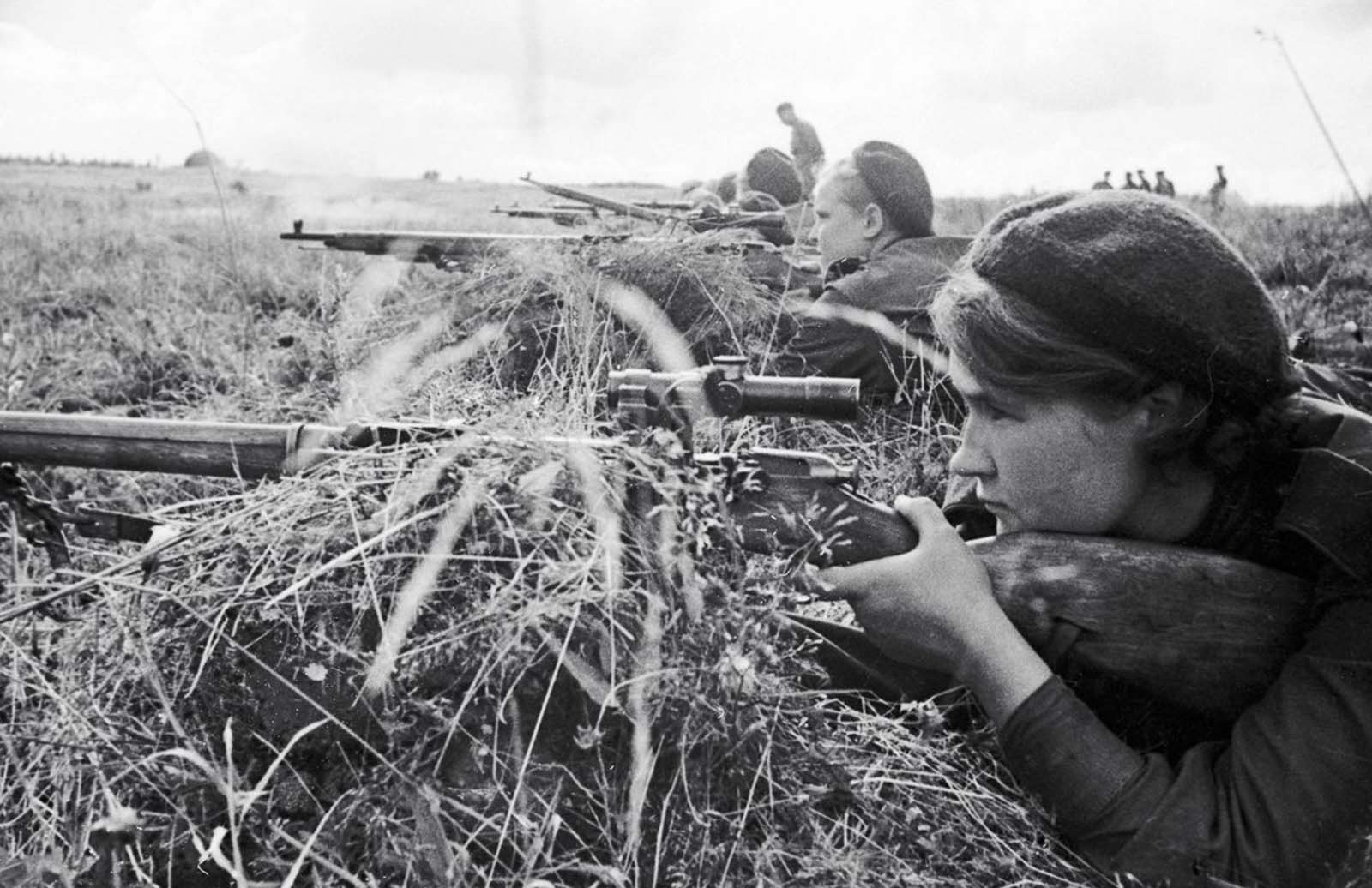 During the Second World War, the Soviet Union used more women in combat than any other country. Hundreds of thousands of Soviet women sprang to join the war effort, enlisting as nurses, clerks, cooks, manufacturing etc. Among them were hundreds of remarkable snipers.

Industrialized global warfare, as seen during the World Wars, called for the involvement of massive numbers of human beings. At the time, most societies were still starkly divided along gender lines, with certain jobs being seen as solely for men and others for women.

When they started running out of men to join the military, many nations began employing women in supporting roles, from producing ammunition to nursing to administering military bases.

The Soviets went further, calling upon their young women not just to support the soldiers but to join the fight. Around a million women fought in various branches of the Soviet military. 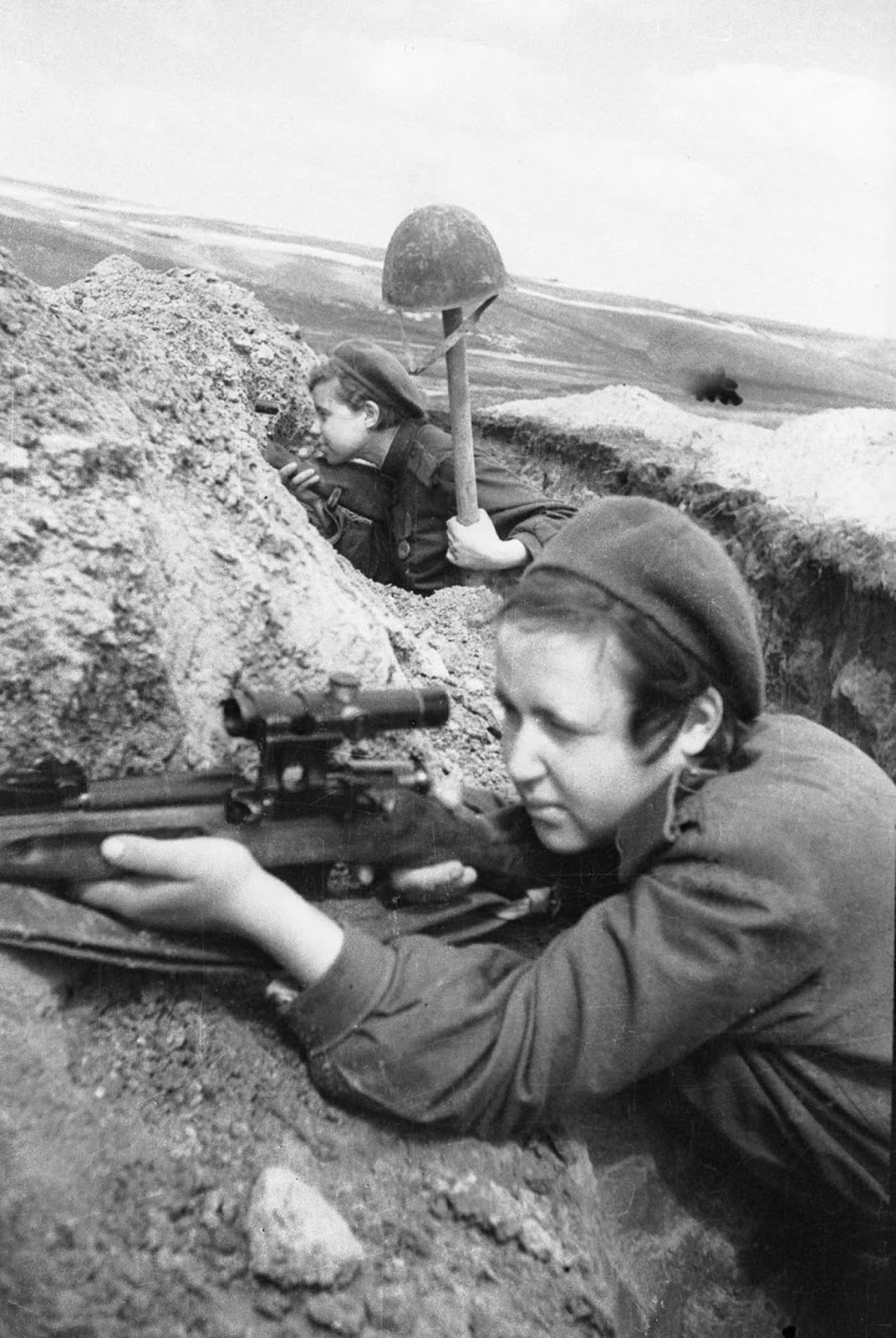 Some nursed and supported, as in other countries, but others drove tanks, operated machine guns, and flew fighter planes. 2,484 of them became snipers. Of those, only around 500 survived the war.

The main weapon of the Soviet snipers was the Mosin-Nagant rifle. Since its introduction in 1891, many variations on this bolt action rifle had been produced. Most snipers used a specialist version with an optical sight.

The rifles used by the snipers were hand-picked for their accuracy and quality. They were fitted with optical scopes, including a model adapted from a German design. This was a weapon specially selected to be both accurate and reliable.

Joining up as a sniper was a strange experience for many women. Though the Soviet army as an institution accepted them, some individuals did not. Families urged their daughters to stay safely at home rather than to fight.

Some officers looked down upon the women under their command, not believing that they could be effective combatants. But others were supportive, especially after they saw these women in action. 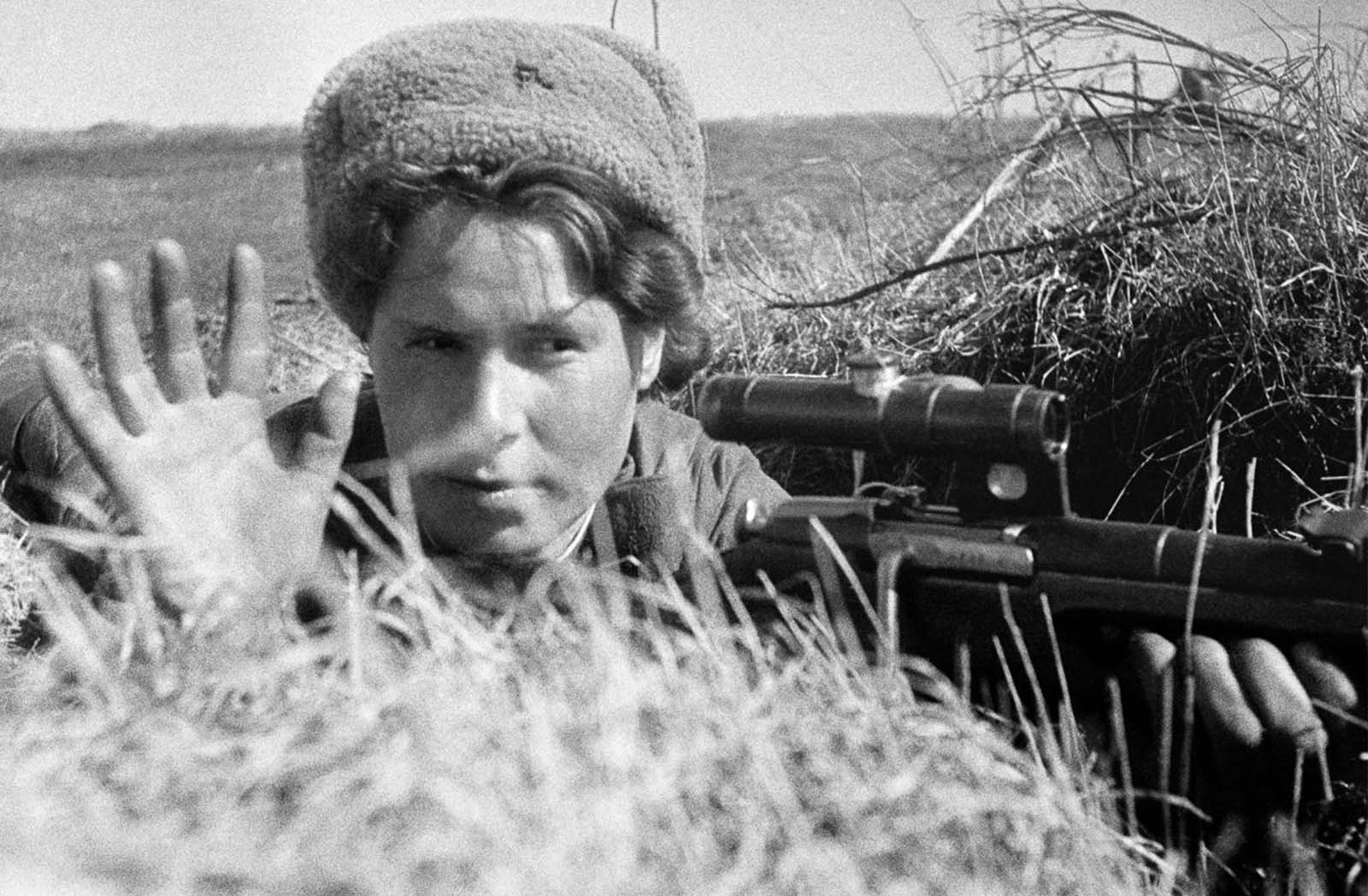 At recruiting offices, women had theirs braids cut off and were put into men’s uniforms, as there were none tailored to fit women. Then they were sent off to train. Some were specially selected for sniping because they demonstrated a skill. In other cases, this was simply the most convenient place to send them.

The training was intense but also hurried. The Soviet Union needed to get troops to the front to counter the German invasion. The women trained as snipers soon found themselves on the front, often hunting their prey amid cities ruined by siege.

Snipers usually worked in pairs. Together, they found a place to hide away from the main Soviet forces. There they lay concealed by scenery and camouflage, watching for an opportunity.

When an enemy presented himself, they would try to take him down with a single shot to the head. Then they would wait patiently again for their next target, silent and still, or move on if they believed they were in danger. 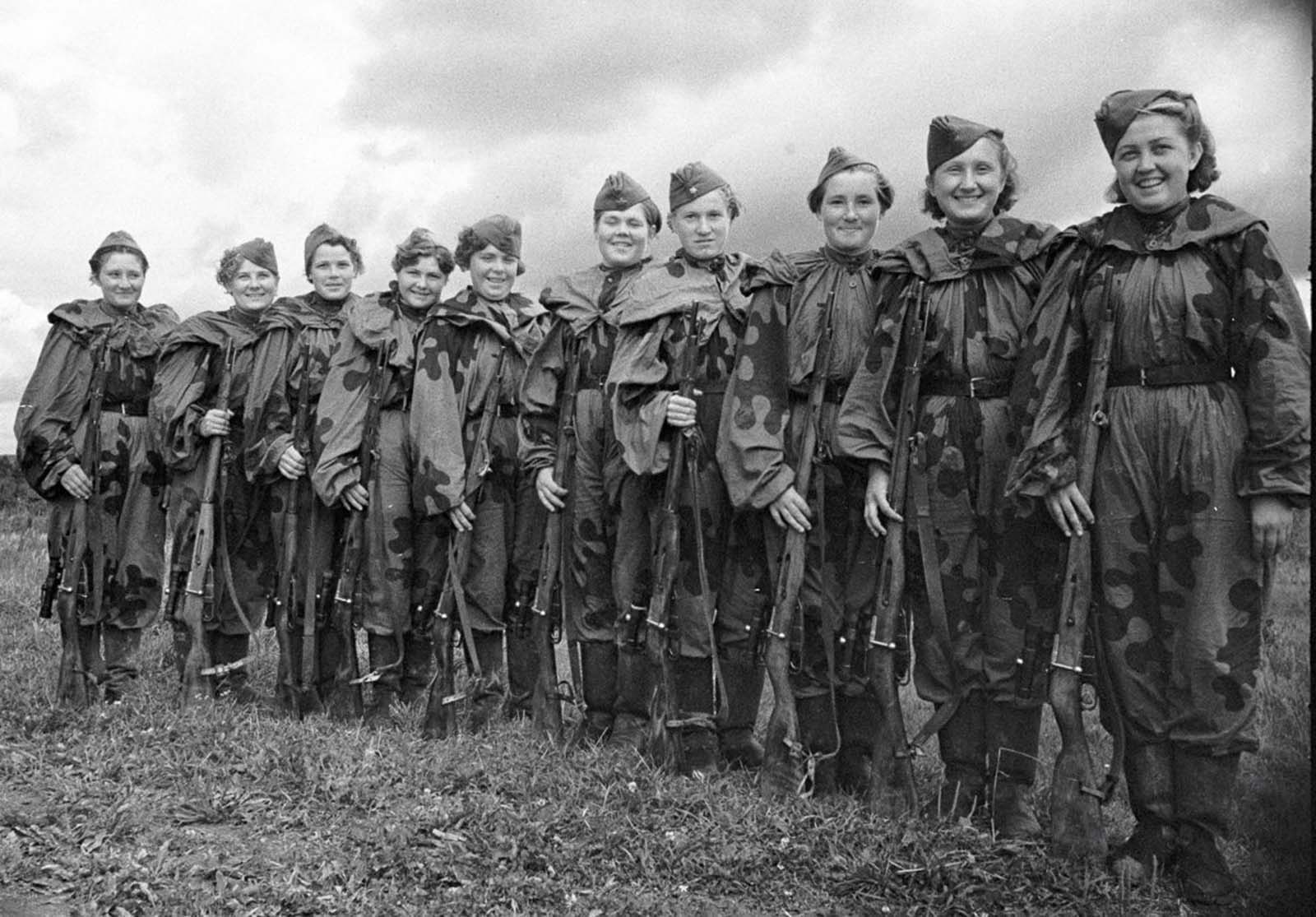 Red Army snipers assemble before heading to the front. 1943.

Perhaps the most remarkable of these women was Lyudmila Pavlichenko, one of the deadliest snipers in military history. Born in Ukraine, Pavlichenko moved to Kyiv in 1930 at the age of 14.

There she joined a local shooting club, learning the skills that would prove vital in the war. By the time the war started, she had married, had a child, divorced, and studied for a master’s degree in history.

When war came in 1941, Pavlichenko was among the first wave of volunteers to join the army. She was in the field as a sniper from August 1941 to June 1942, fighting in Odesa and Sevastopol. During those 11 months, she racked up a remarkable 309 confirmed kills, including 36 enemy snipers.

Pavlichenko came to earn the nickname “Lady Death.” After being wounded by mortar fire, Pavlichenko was withdrawn from combat. She had become famous through news stories around the world, and so was sent abroad to raise funds for the Soviet Army.

She was promoted to the rank of major. On her return to the USSR, she was employed training other snipers, passing on her skills and experience. 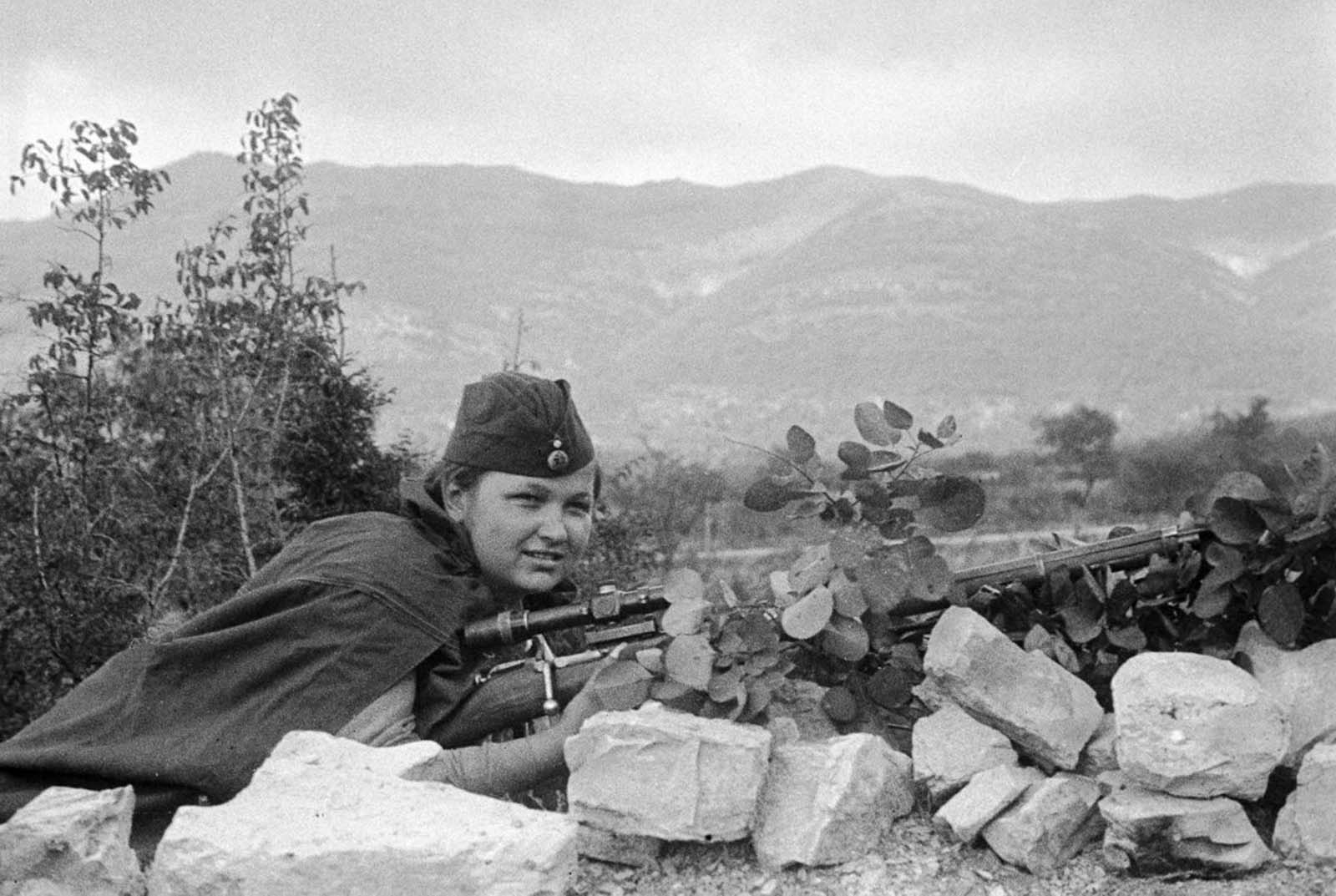 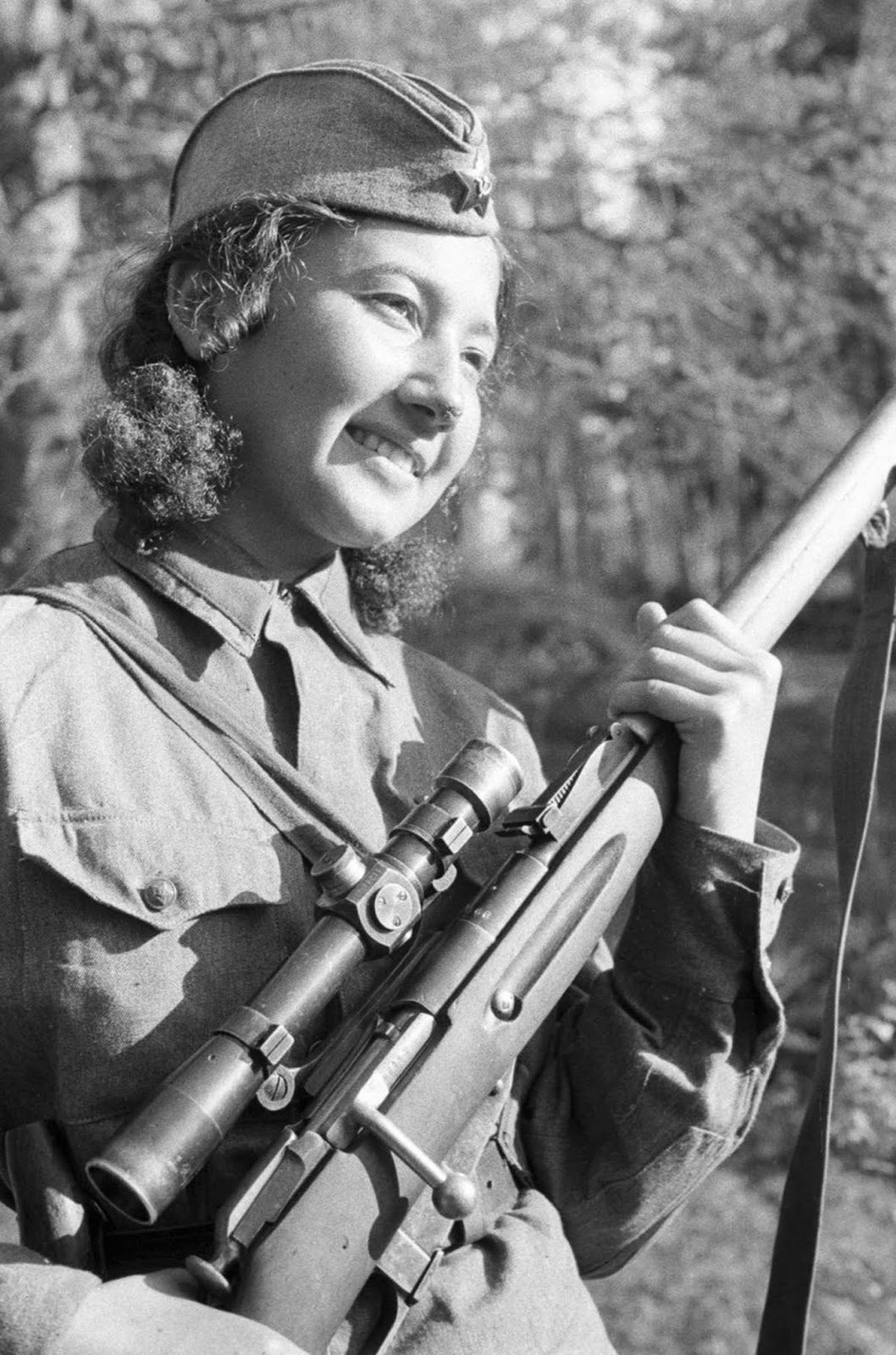 Sniper Anastasya Stepanov during the battle of Stalingrad. 1942. 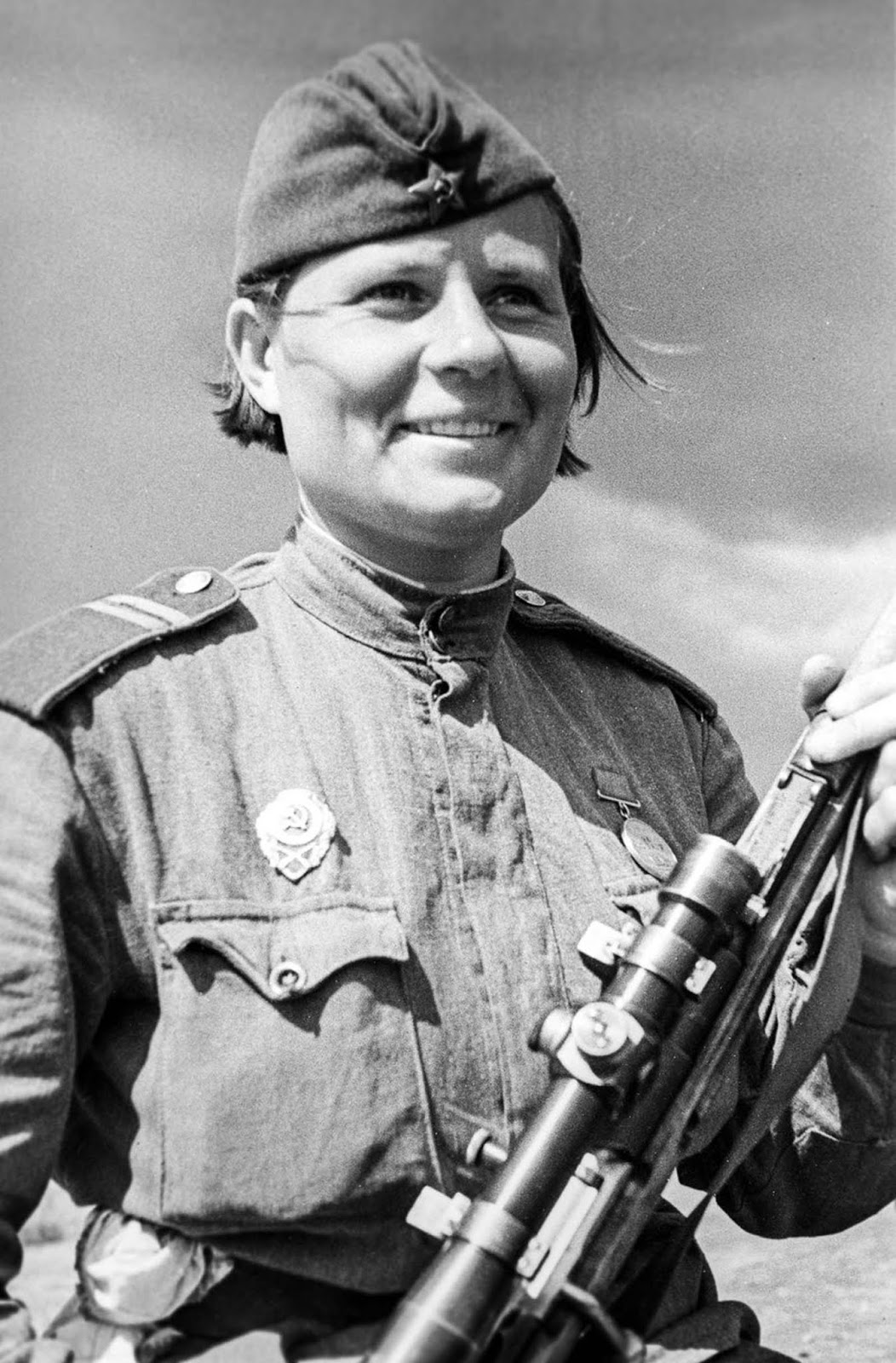 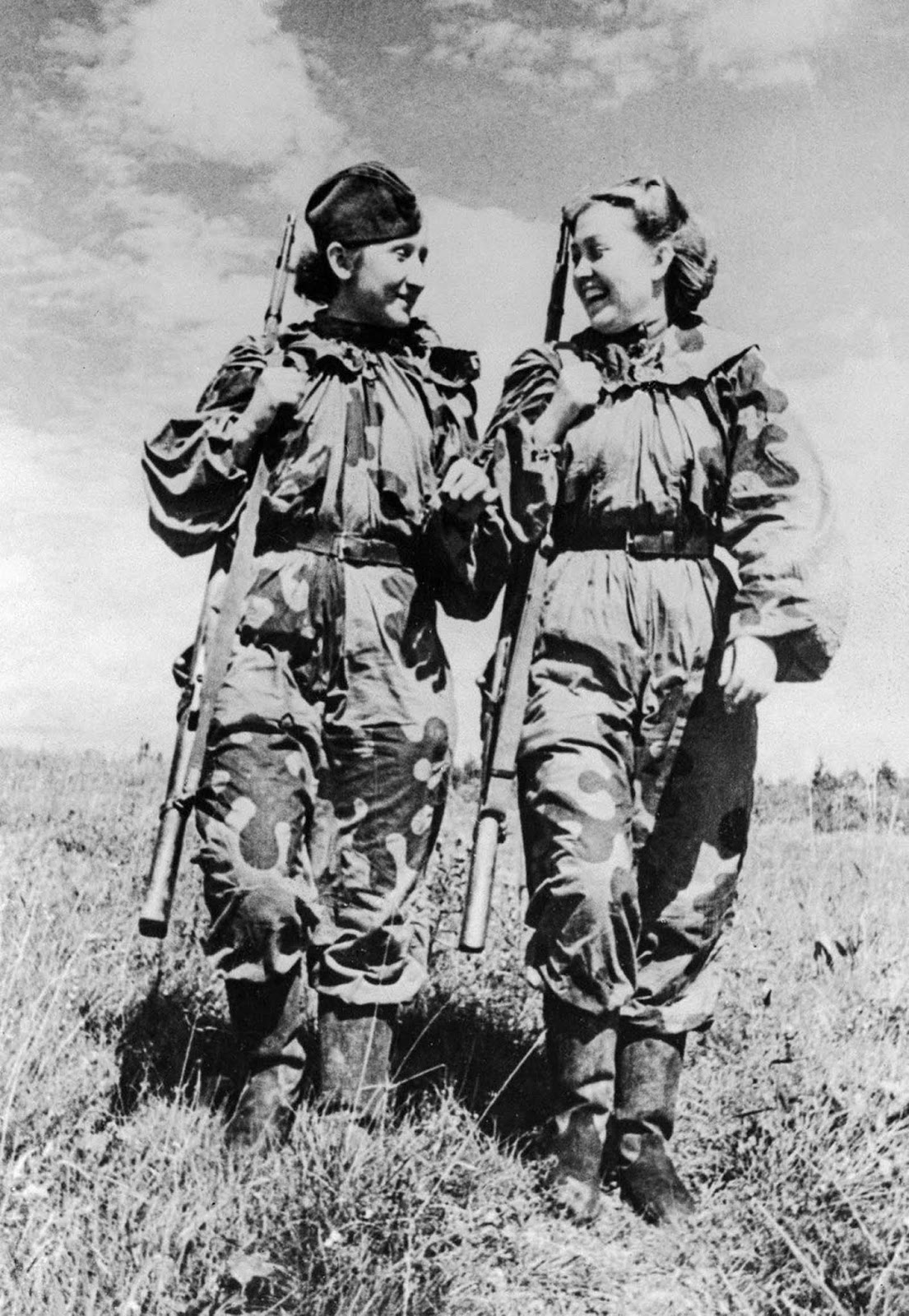 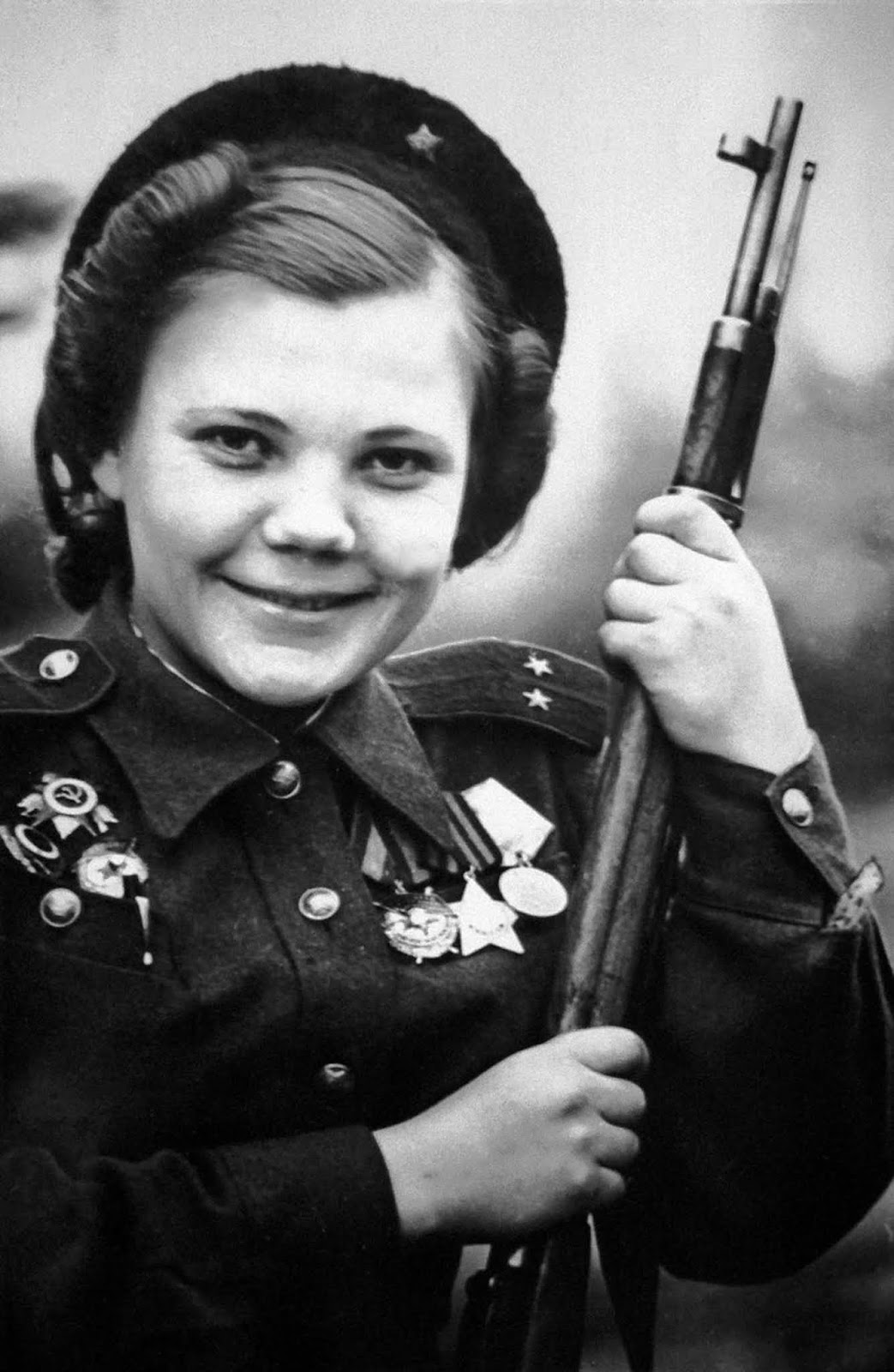 Nina Lobovskaya, commander of a company of female snipers who fought in the battle for Berlin. 1944. 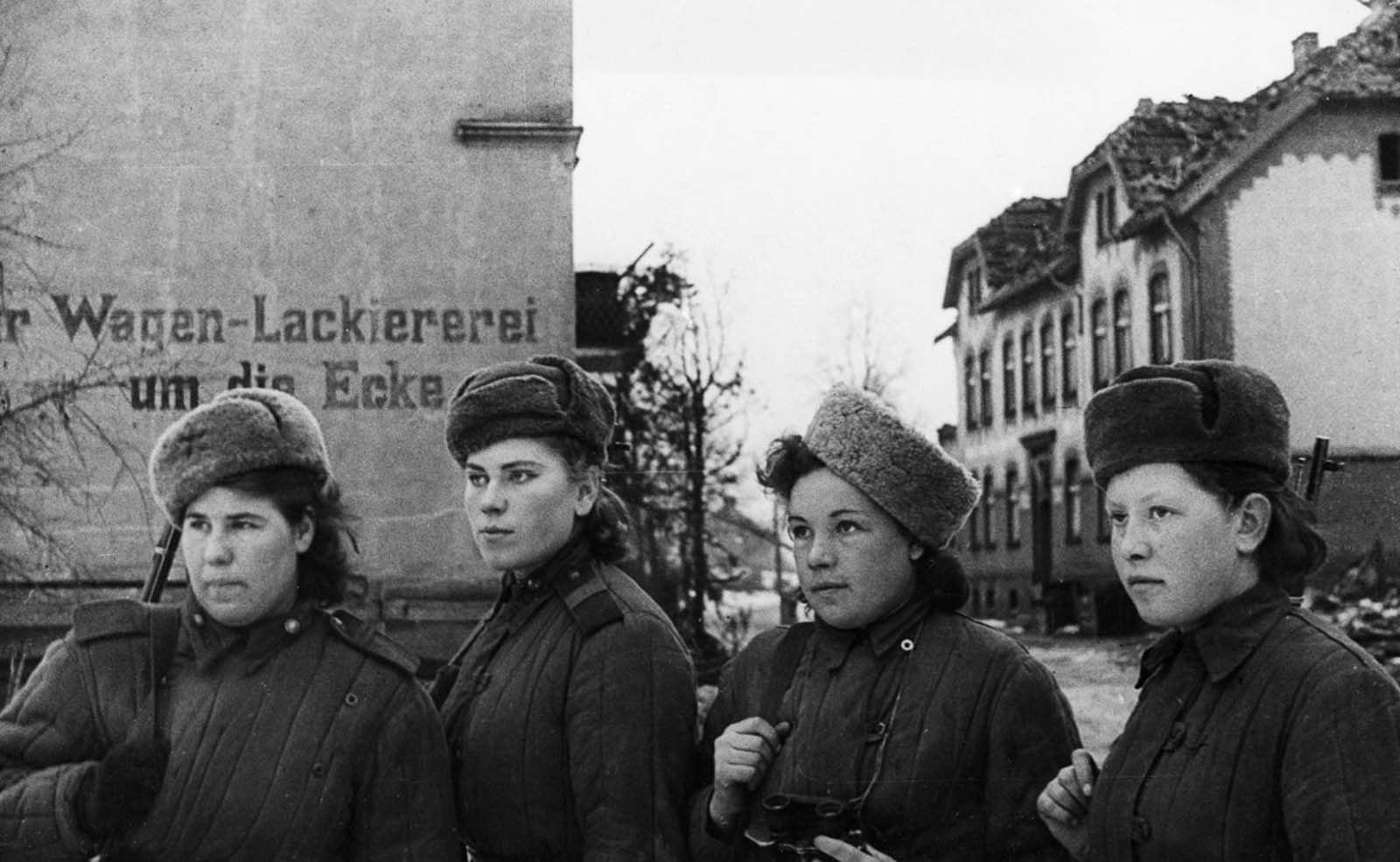 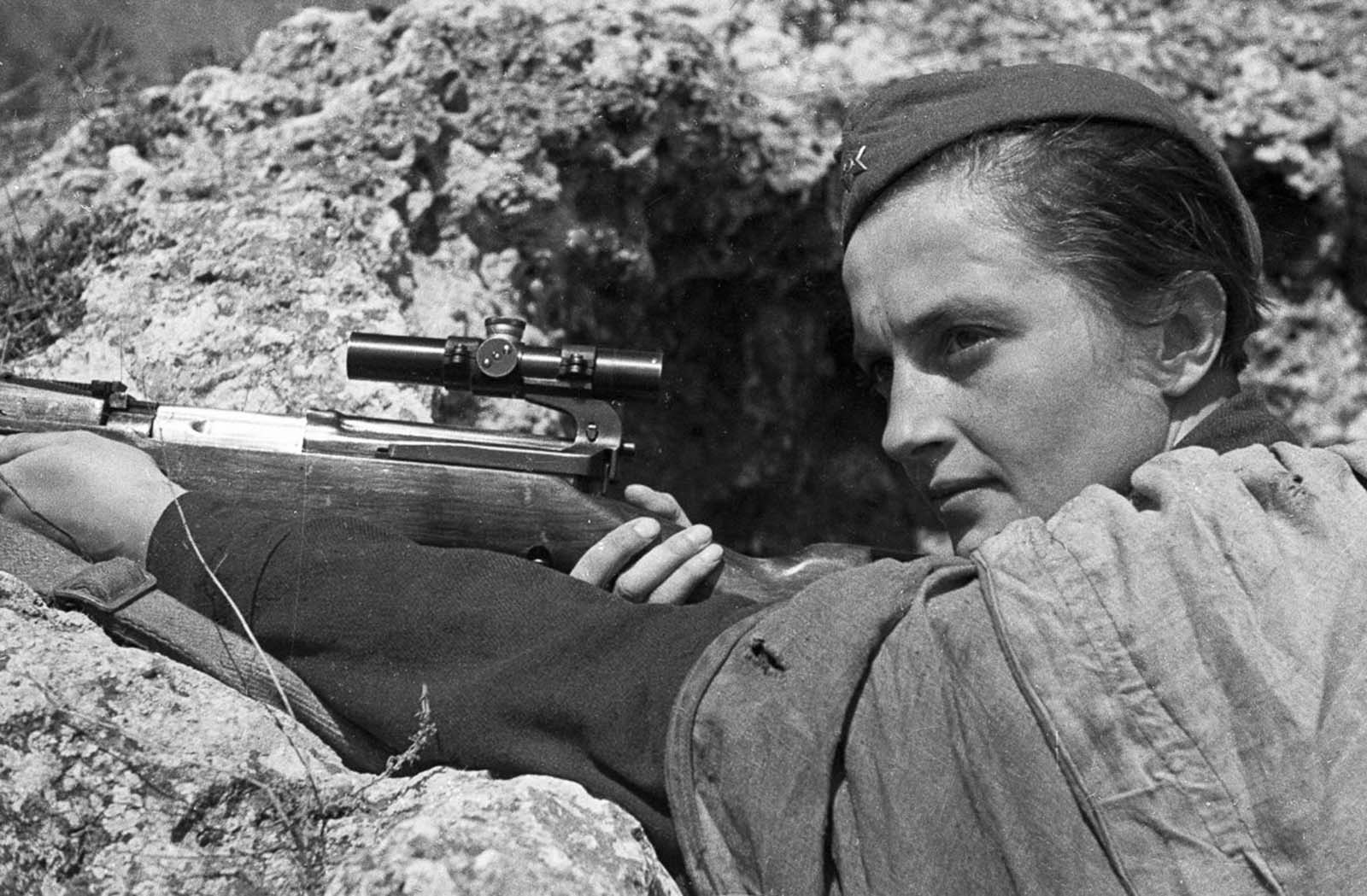 Lyudmila Pavlichenko in combat at Sevastopol. With 309 confirmed kills, she is one the deadliest snipers in history. June, 1942. 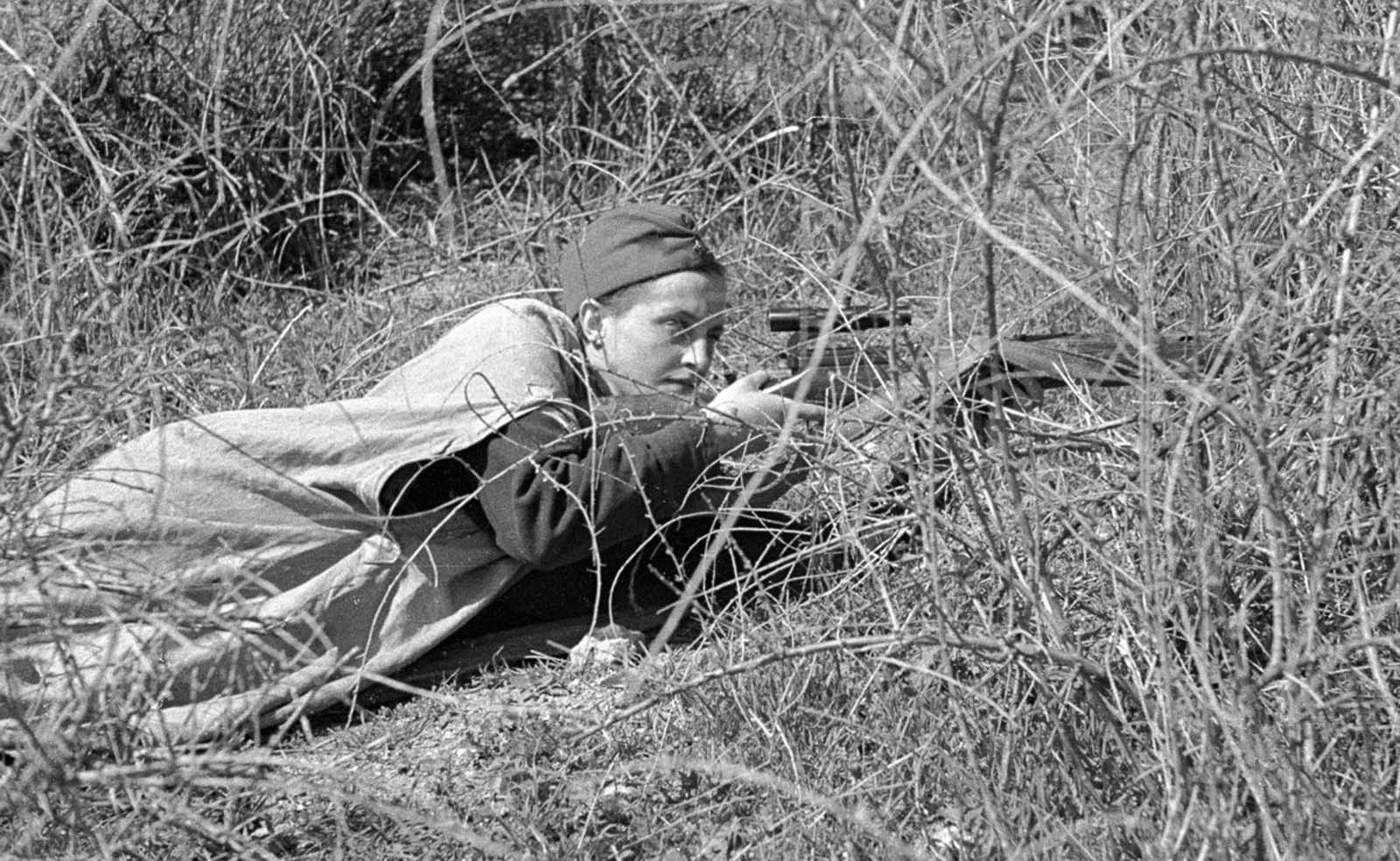 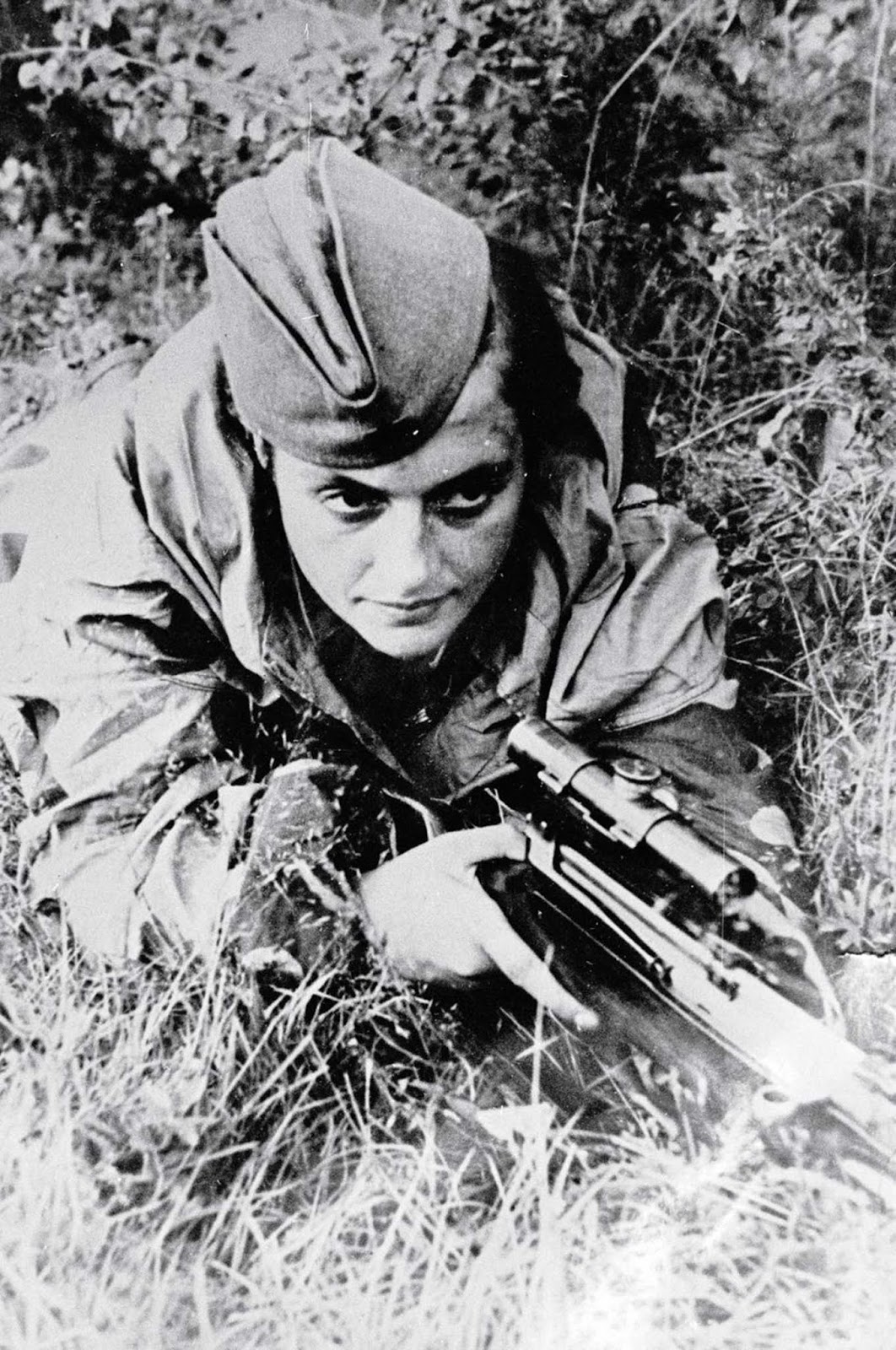 Pavlichenko during the battle for Sevastopol. June, 1942. 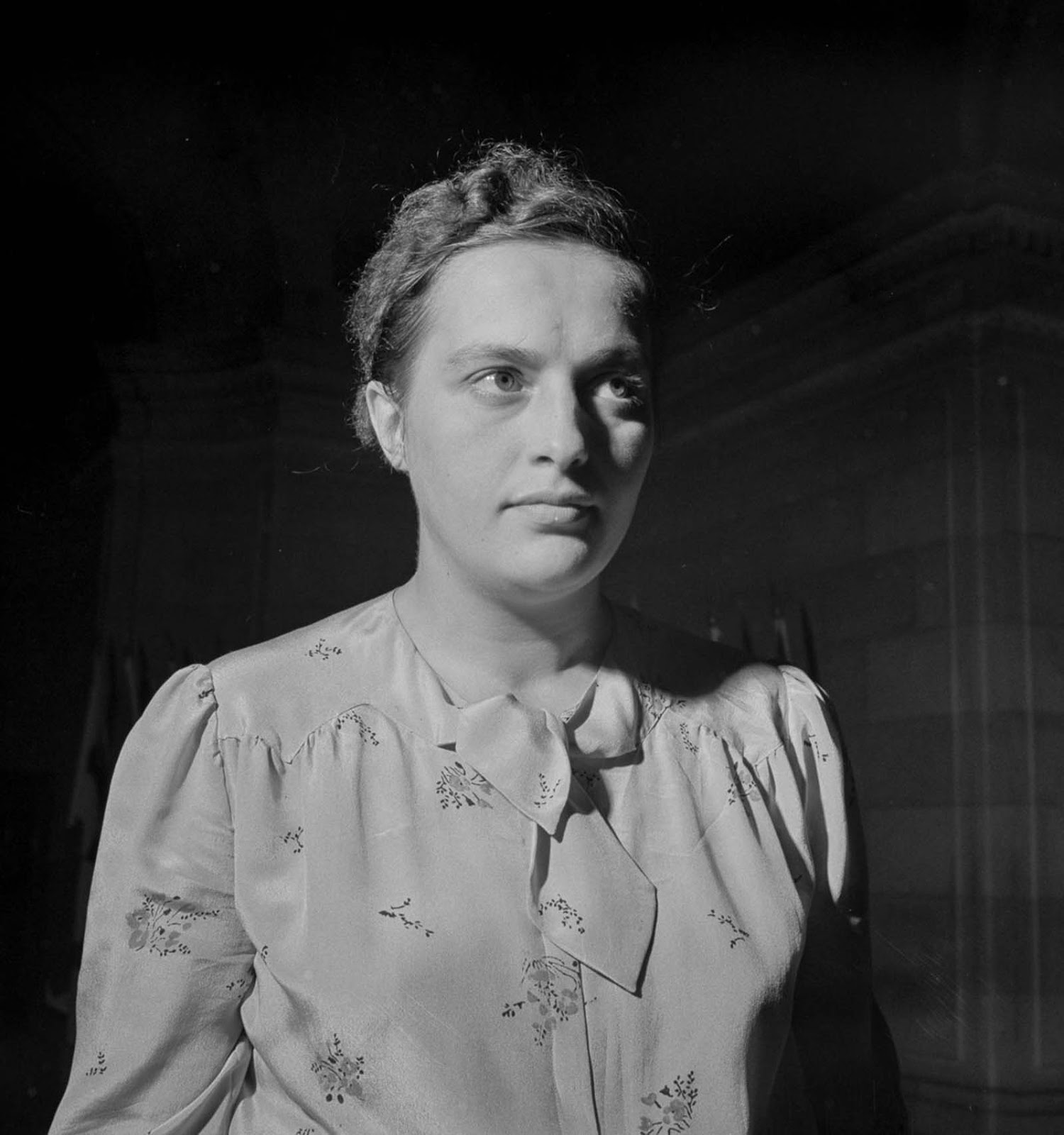 Pavlichenko during her visit to Washington, D.C. 1942. 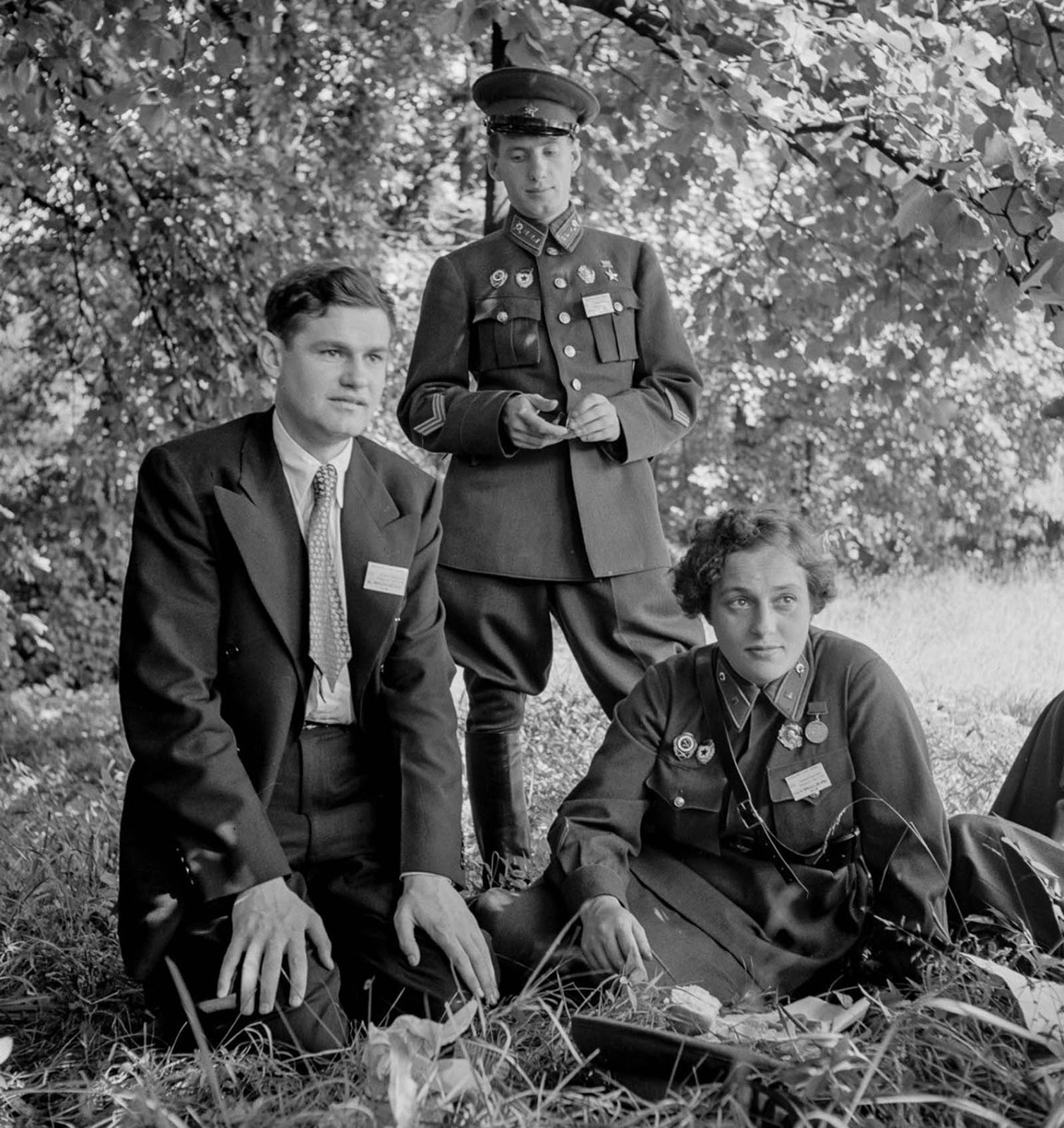 Pavlichenko in Washington, D.C. with other Soviet delegates. 1942. 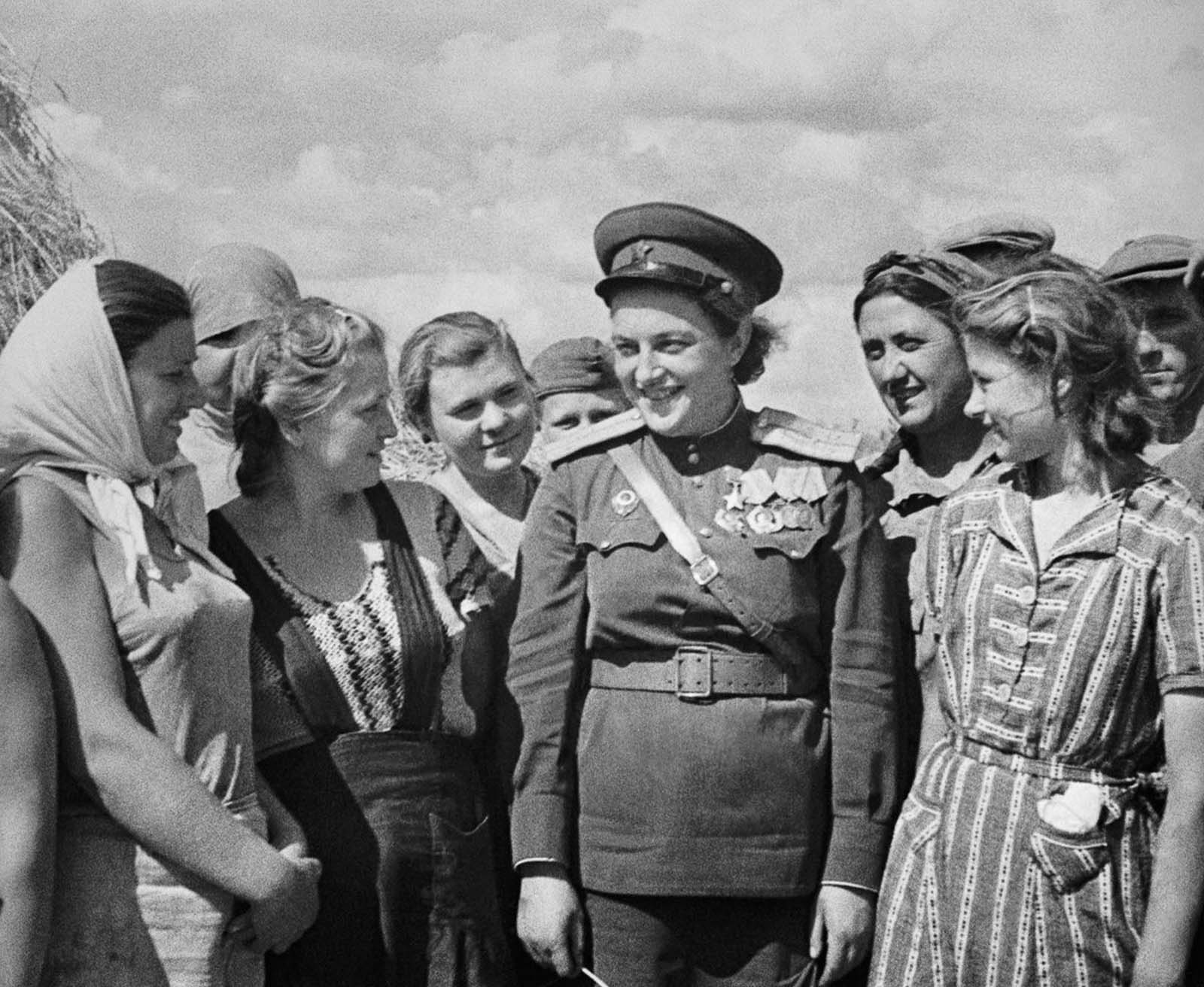