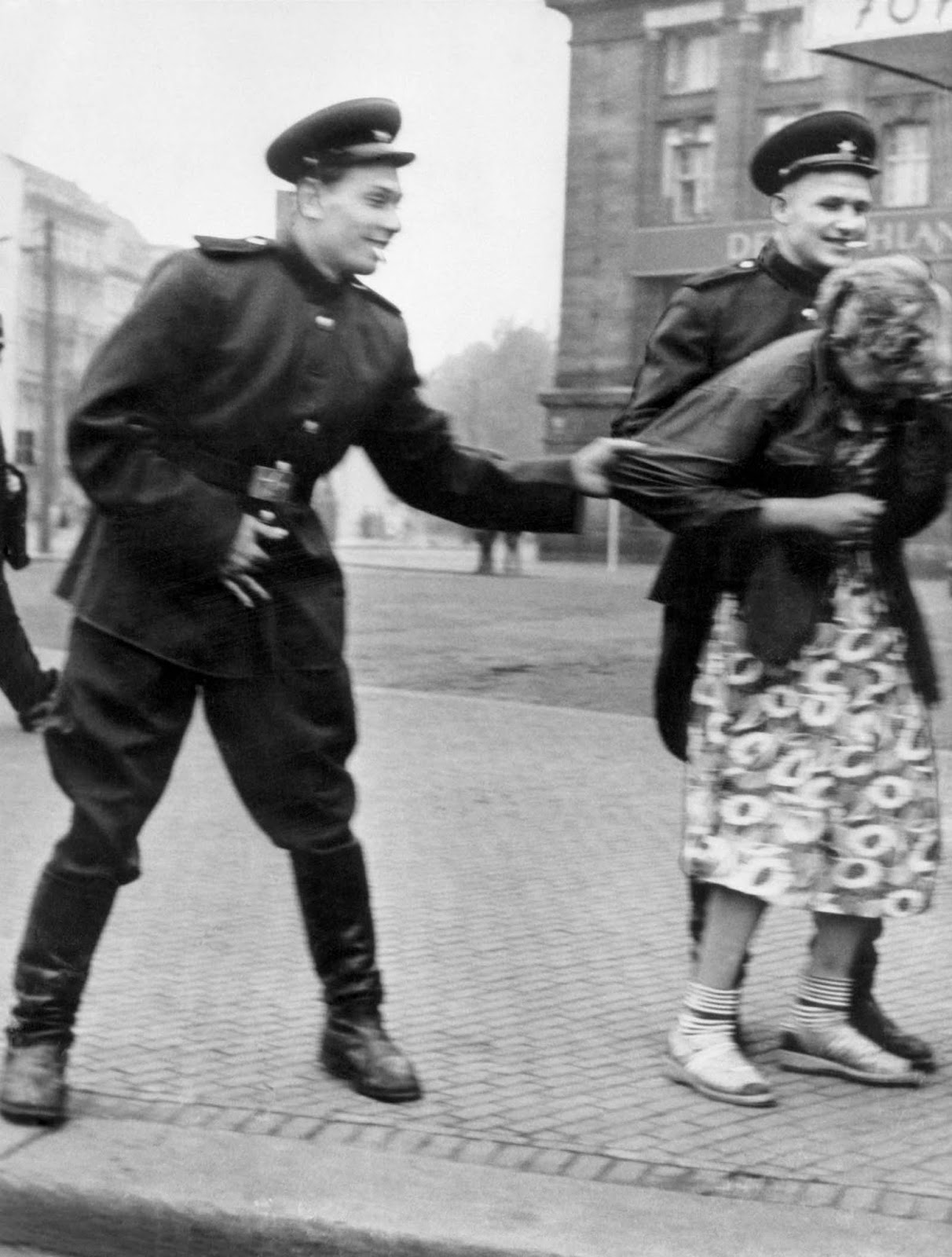 Soviet soldiers openly sexually harass a passing German woman near the West Hall section of the Leipzig Hauptbahnhof central railway terminus. As Allied troops entered and occupied German territory during the later stages of the war, mass rapes took place both in connection with combat operations and during the subsequent occupation.

The victims not only bore the brunt of revenge for Wehrmacht crimes, but they also represented an atavistic target as old as war itself. Rape is the act of a conqueror, the historian Susan Brownmiller observed, aimed at the “bodies of the defeated enemy’s women” to emphasize his victory.

Most historians agree although the issue is contentious, that the majority of the sexual assaults on German female civilians were committed in the Soviet occupation zone; estimates of the numbers of German women raped by Soviet soldiers have ranged up to 2 million. In many cases, women were the victims of repeated rapes, some as many as 60 to 70 times.

At least 100,000 women are believed to have been raped in Berlin, based on surging abortion rates in the following months and contemporary hospital reports, with an estimated 10,000 women dying in the aftermath.

Female deaths in connection with sexual assaults in Germany, overall, are estimated at 240,000. War historians have described it as the “greatest phenomenon of mass rape in history”, and have concluded that at least 1.4 million women were raped in East Prussia, Pomerania, and Silesia alone.

The novelist Vasily Grossman, a war correspondent attached to the invading Red Army, soon discovered that rape victims were not just Germans. Polish women also suffered. So did young Russian, Belorussian and Ukrainian women who had been sent back to Germany by the Wehrmacht for slave labor. “Liberated Soviet girls quite often complain that our soldiers rape them”, he noted. “One girl said to me in tears: He was an old man, older than my father”.