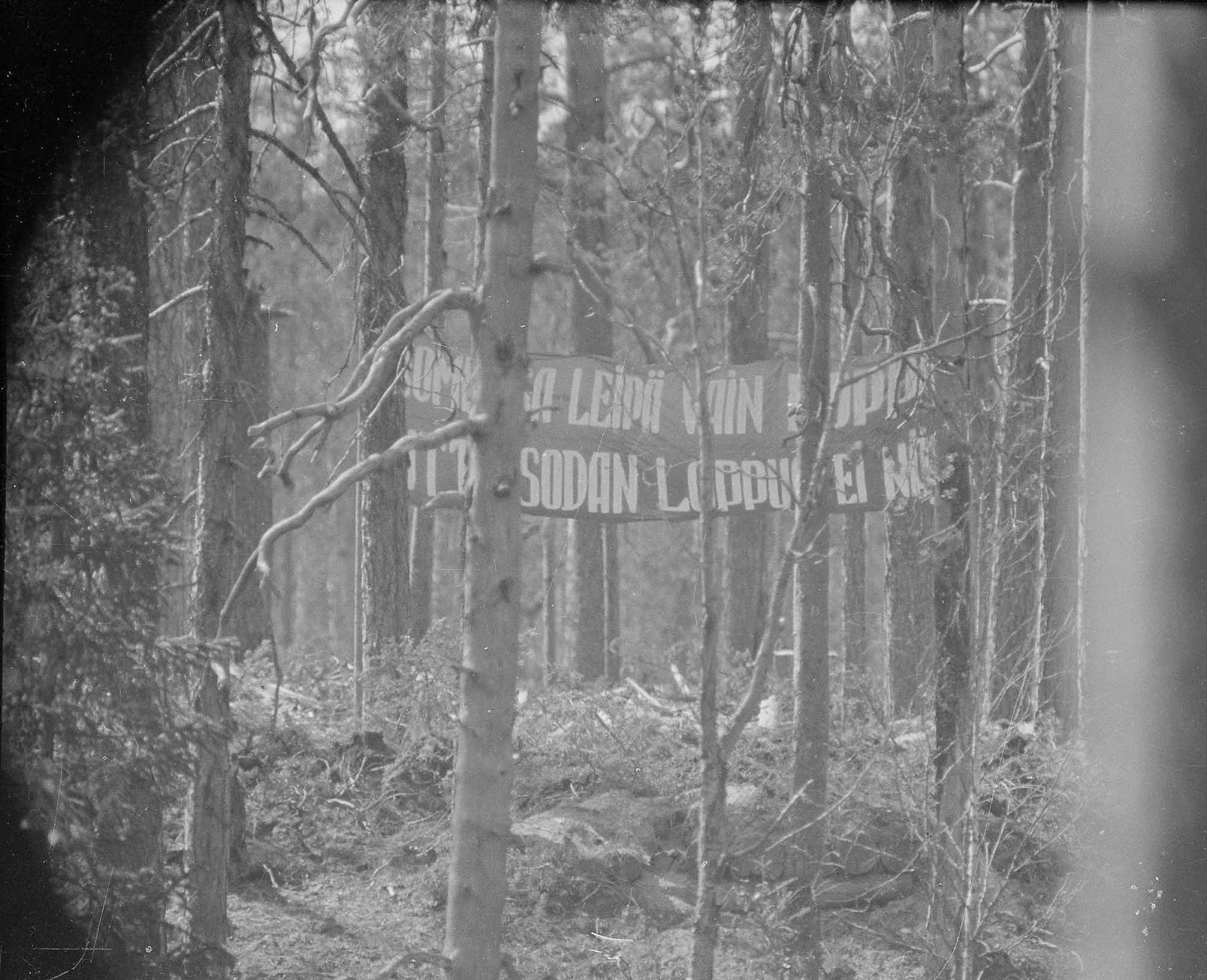 This is a Soviet propaganda banner on the frontline in Uhtua, Northern Karelia. It reads: “Finland is out of bread, but the war is not over yet”. The long-distance photo was taken on June when the Finnish-Soviet front had stabilized for the most part into trench warfare.

During the Continuation War Finns were invaders in the leash of Hitler. Propaganda became more aggressive, taunting and defamatory. Soviet propaganda didn’t try to convince Finns of communist ideals and liberty, but rather that Finnish soldiers should desert while they can before the Red Army inevitably destroys them.

Open warfare began with a Soviet air offensive on 25 June. Subsequent Finnish operations undid its post-Winter War concessions to the Soviet Union on the Karelian Isthmus and Ladoga Karelia, and captured East Karelia by September 1941. 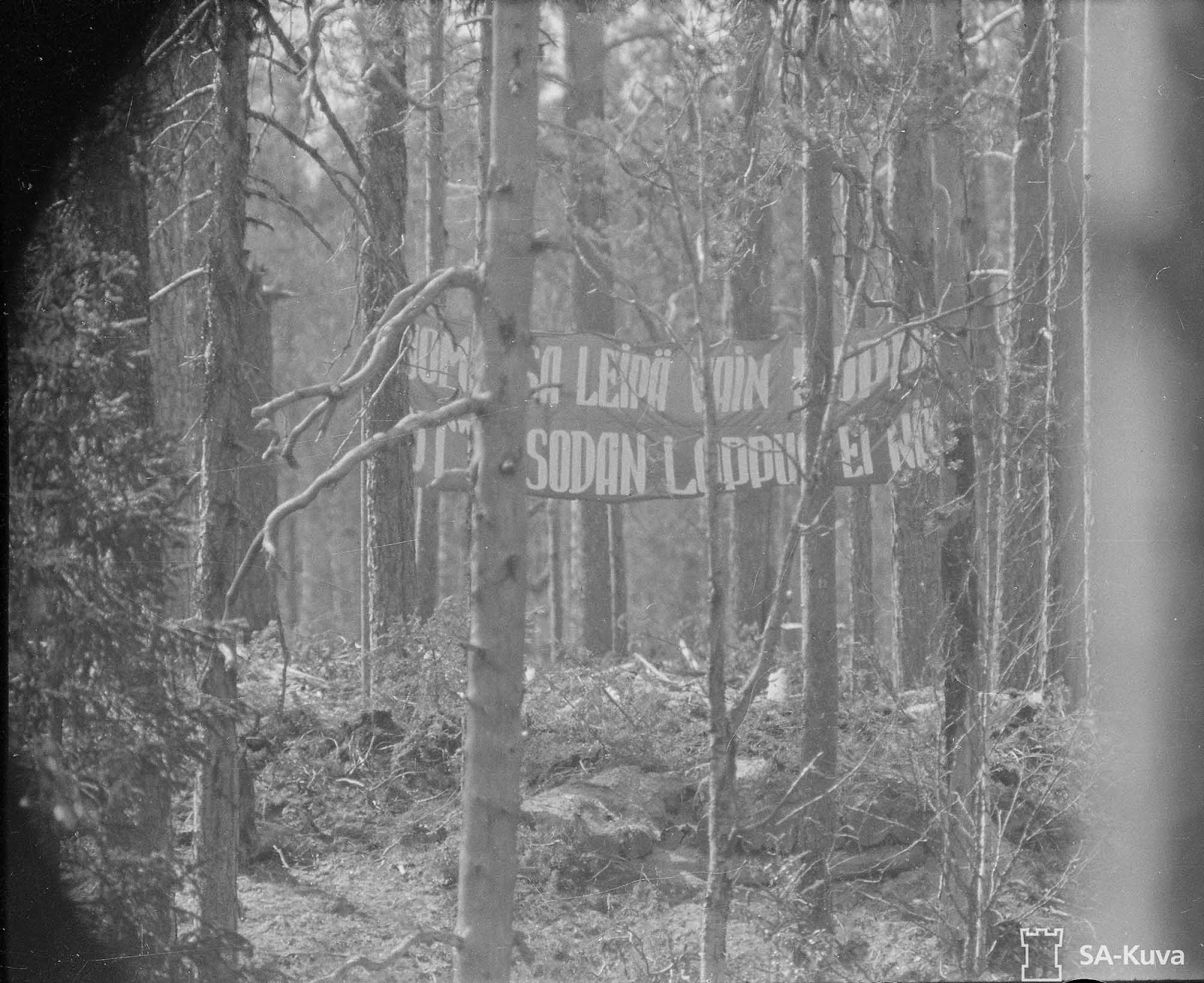 “Finland is out of bread, but the war is not over yet”.

In 1944, Soviet air forces conducted air raids on Helsinki and other major Finnish cities. Eventually, in mid-1944, the Soviet strategic offensive drove the Finns from most of the territories they had gained during the war, but the Finnish Army later brought the offensive to a standstill in July 1944. A ceasefire ended hostilities on 5 September and was followed by the Moscow Armistice on 19 September.