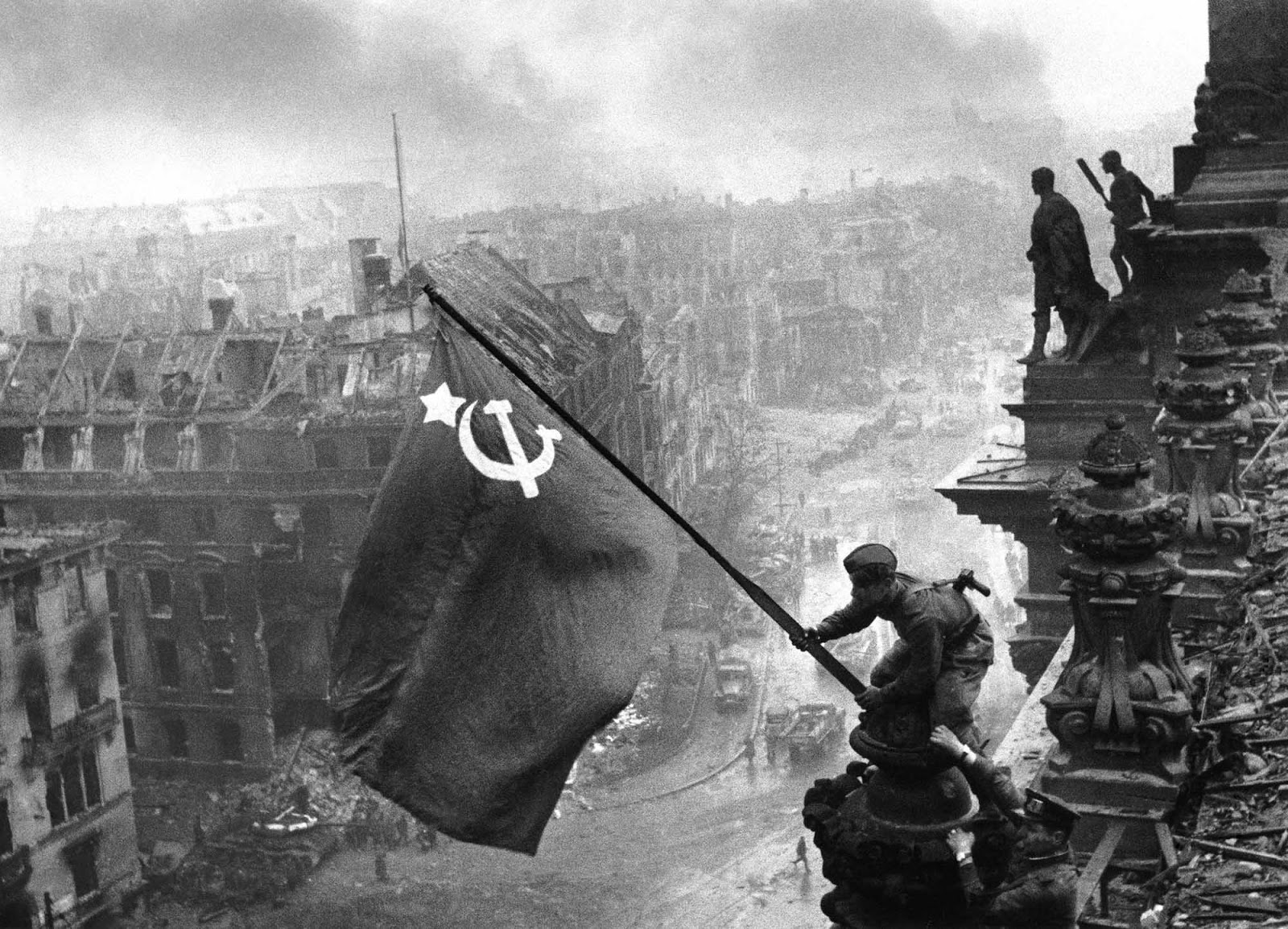 The “Soviet flag over Reichstag” photograph is full of symbolism and represents a historic moment. Erected in 1894, the Reichstag’s architecture was magnificent for its time.

The building contributed much to German history and was considered by the Red Army the symbol of their enemy. Soviets finally captured the Reichstag on 2 May 1945. 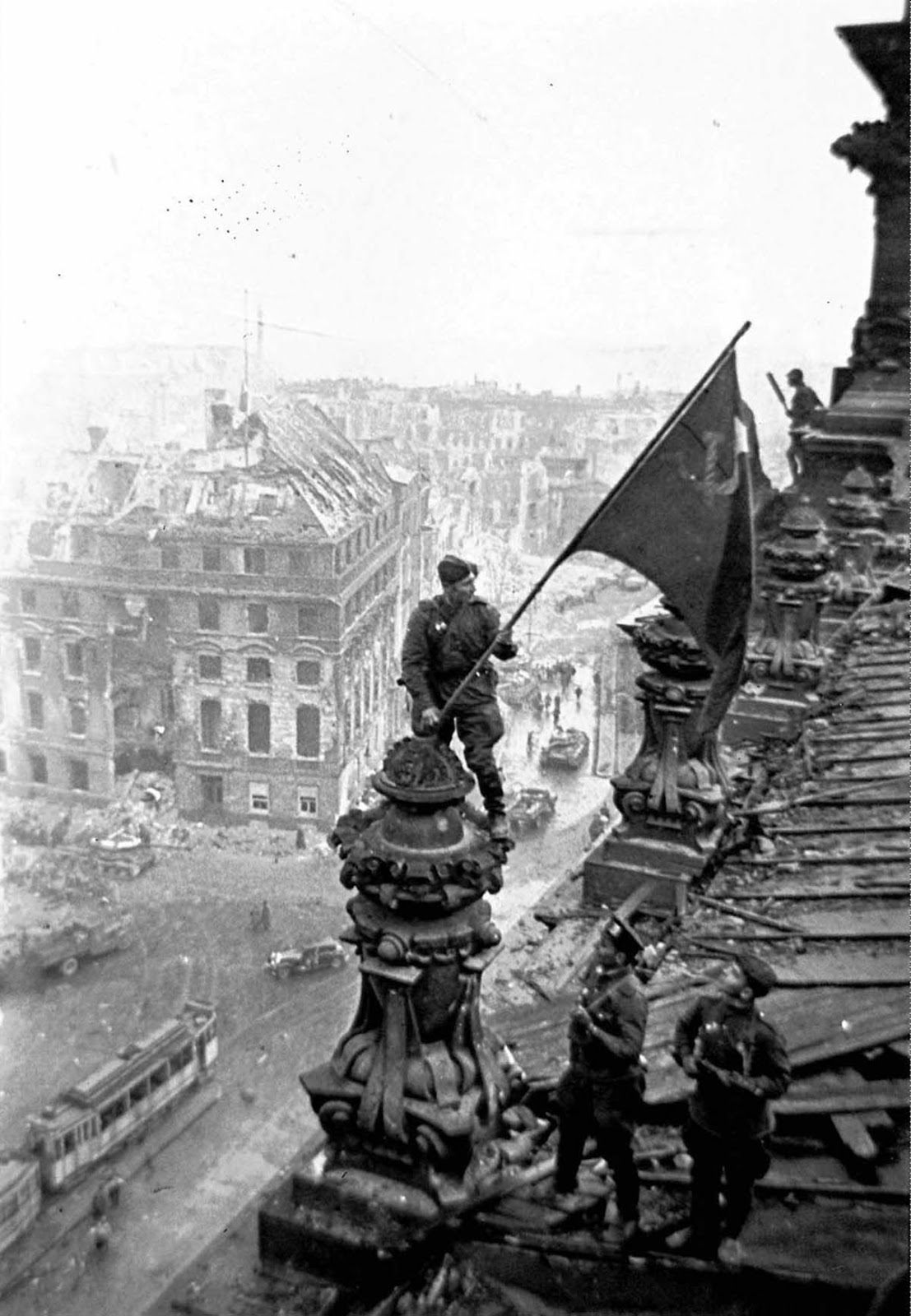 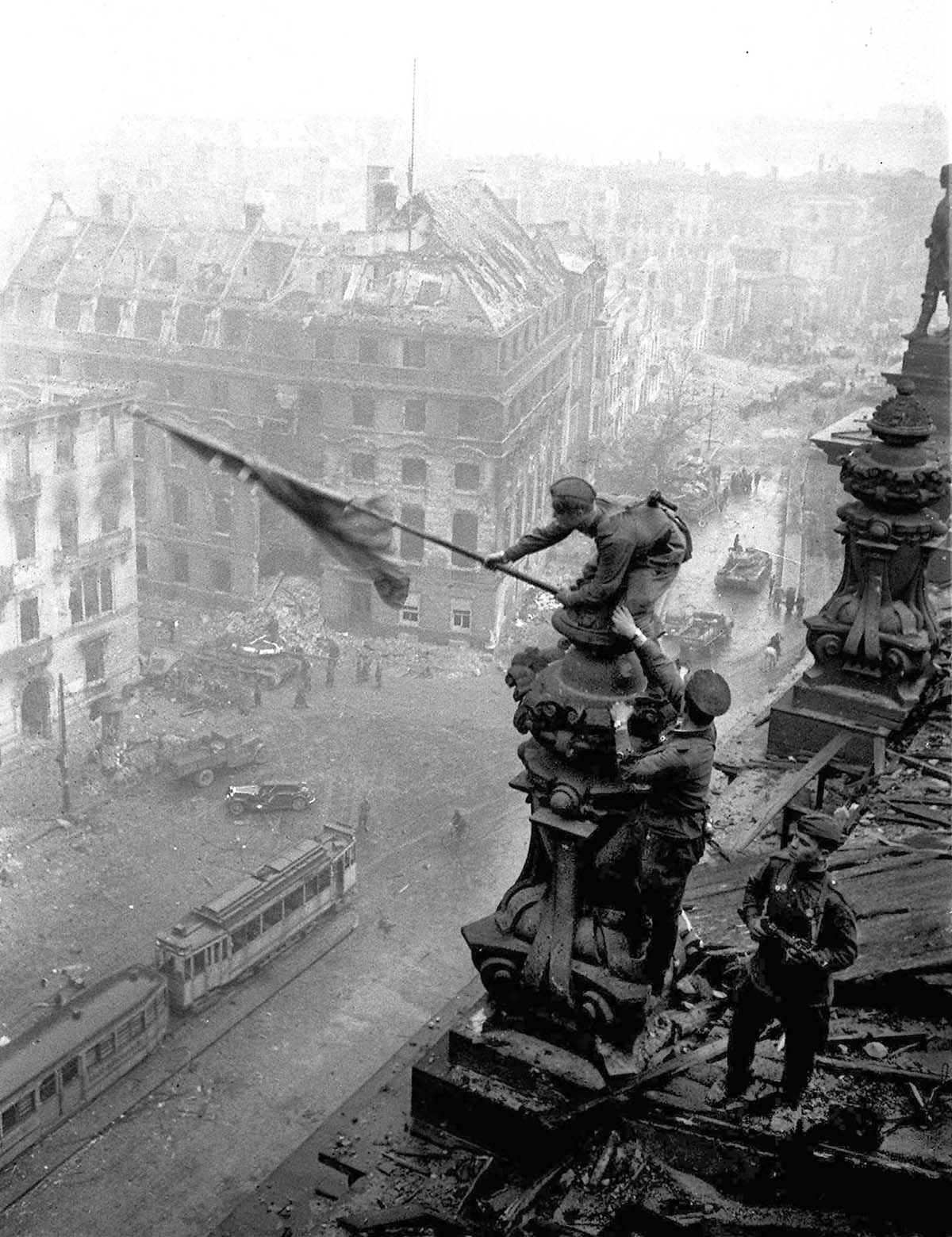 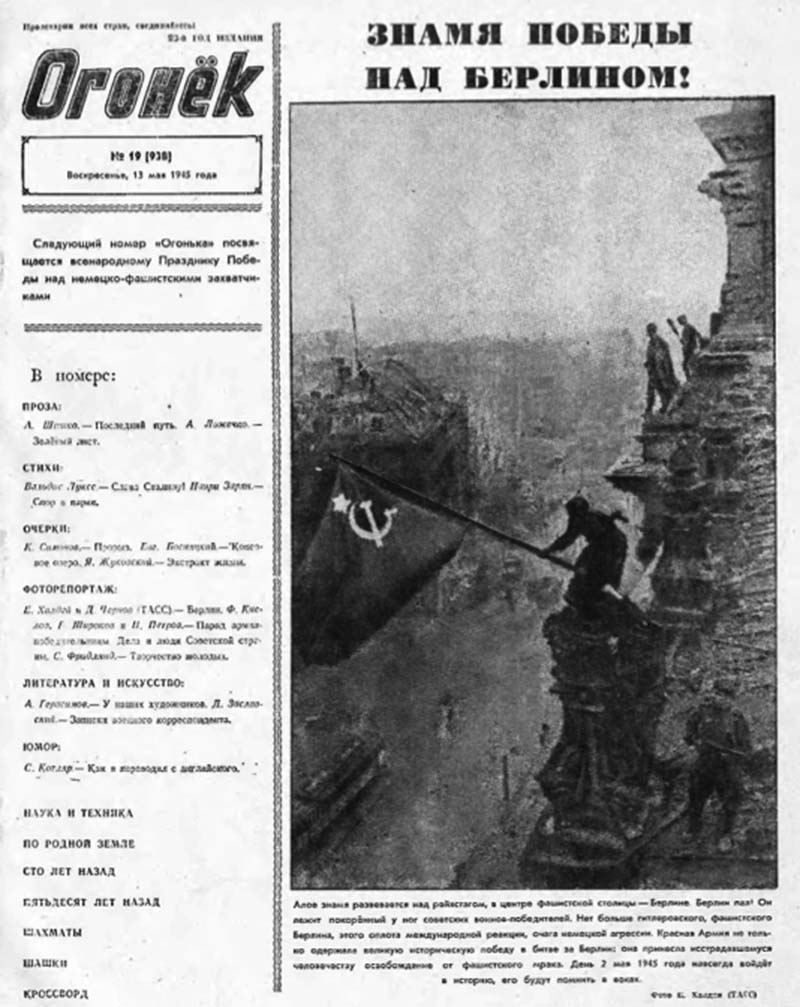 The original picture published on Ogonjok.

Subsequently, the photo continued to be altered. The flag was made to appear to be billowing more dramatically in the wind. The photo was also colorized.

Throughout his life, Khaldei remained unrepentant about having manipulated his most famous photograph. Whenever asked about it, he responded: “It is a good photograph and historically significant. Next question please”.

German magazine Der Spiegel wrote: “Khaldei saw himself as a propagandist for a just cause, the war against Hitler and the German invaders of his homeland.

In the years before his death in October 1997, he liked to say: ‘I forgive the Germans, but I cannot forget’. His father and three of his four sisters were murdered by the Germans”.