These vintage photographs of Snow King chairlifts taken between the 1950s and 1970s show people riding in a very unsafe way without deploying any safety bars or other protections.

While these chairlifts were actually dangerous, there’s also a forced perspective component that makes the lift look much higher than it actually was.

Snow King Mountain winter resort is located in Downtown Jackson, Wyoming and the original 1936 ski hill was on the southeast edge of the city. It was the first ski area in Wyoming. 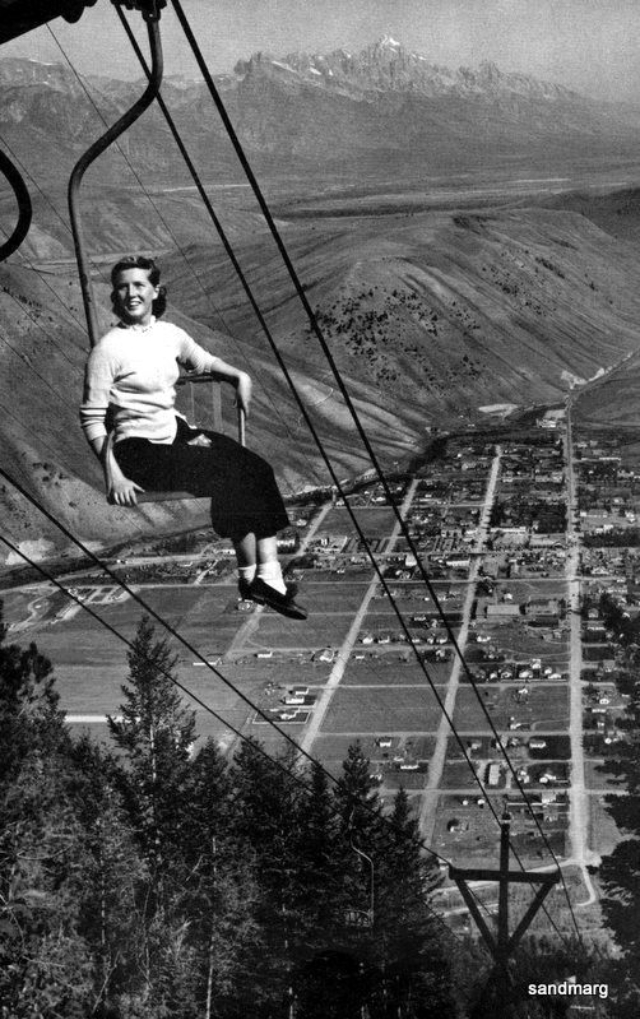 The first chairlift was installed in 1946, a converted ore tram from Colorado. It had four stations, with the first starting where 1 town hill apartments are located.

Stations 2 and 3, which were up the hill, were for beginners and intermediate skiers and snowboarders. In 1951, the old single-person lift was given an improved upper and lower terminal, new stronger cables, and 2-person chairs.

In 1978, The Rafferty double was constructed on the east slopes of the resort near the Snow King Hotel. When completed, it brought a mini golf course and alpine slide.

In the summer of 2014, after almost 35 years of service, the Rafferty Double chair was removed to make way for a new and improved base area.

In 1981, The resort replaced the now 40-year-old “Snow king Chairlift” with a new Doppelmayr/Garaventa CTEC Double chair, Which started about 200 ft to the east of the old lift. This new lift ran a lift line that crossed the old about 3/4 of the way up the mountain. 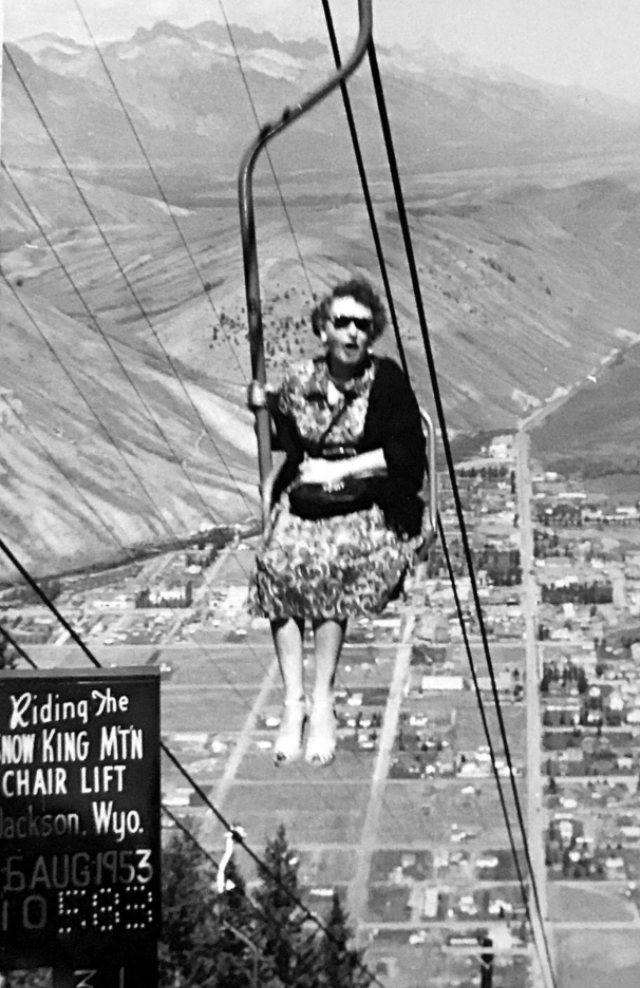 The world’s first three ski chair lifts were created for the ski resort in Sun Valley, Idaho in 1936 and 1937, then owned by the Union Pacific Railroad.

The first chairlift, since removed, was installed on Proctor Mountain, two miles (3 km) east of the more famous Bald Mountain, the primary ski mountain of Sun Valley resort since 1939. One of the chairlifts still remains on Ruud Mountain, named for Thomas Ruud, a famous Norwegian ski racer.

The chairlift has been preserved with its ski jump and original single chairs as it was during WWII. The chairlift was developed by James Curran of Union Pacific’s engineering department in Omaha during the summer of 1936.

Curran re-engineered the banana hooks with chairs and created a machine with greater capacity than the up-ski toboggan (cable car) and better comfort than the J-bar, the two most common skier transports at the time—apart from mountain climbing. His basic design is still used for chairlifts today. 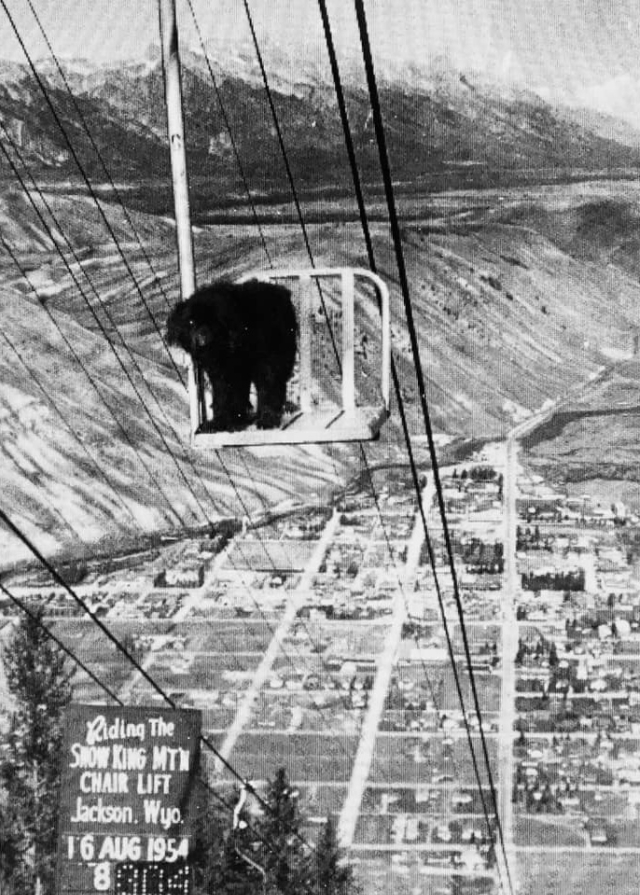 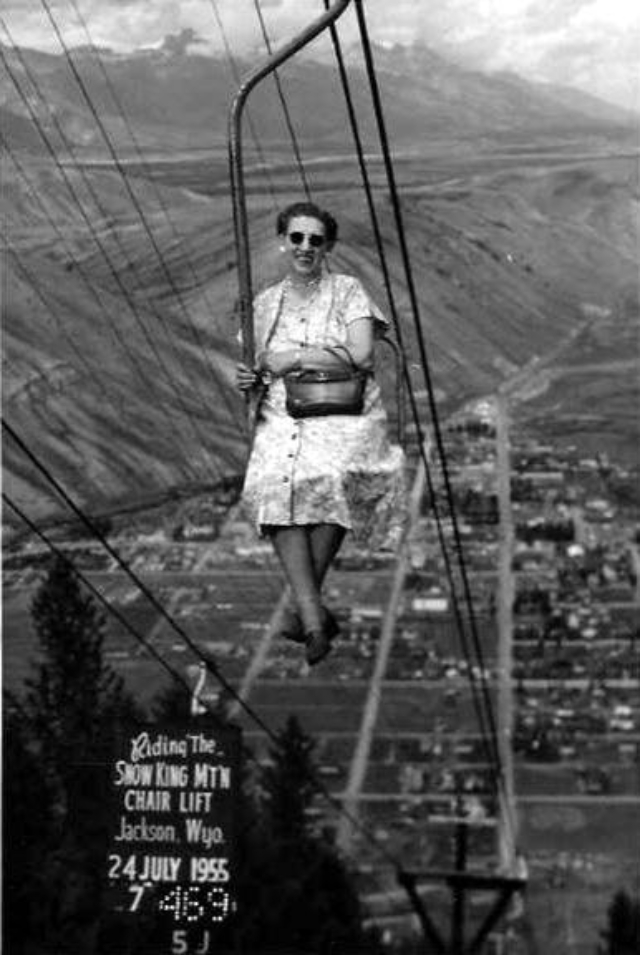 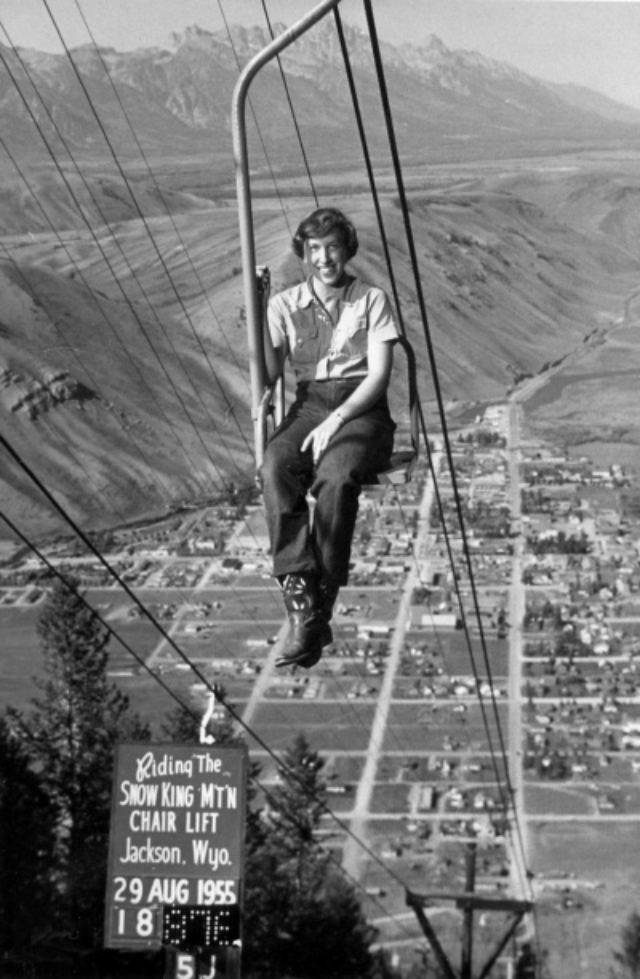 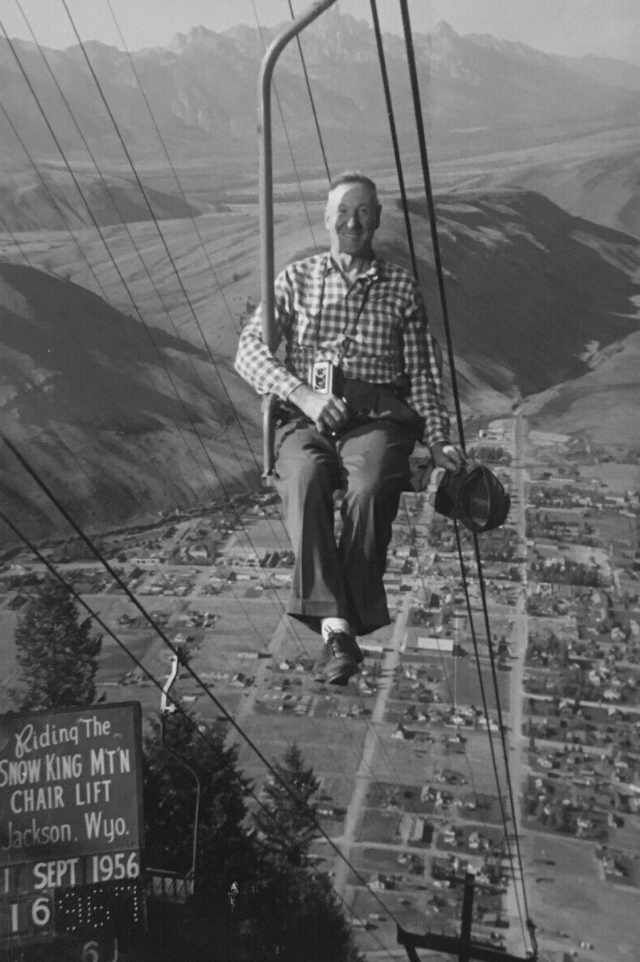 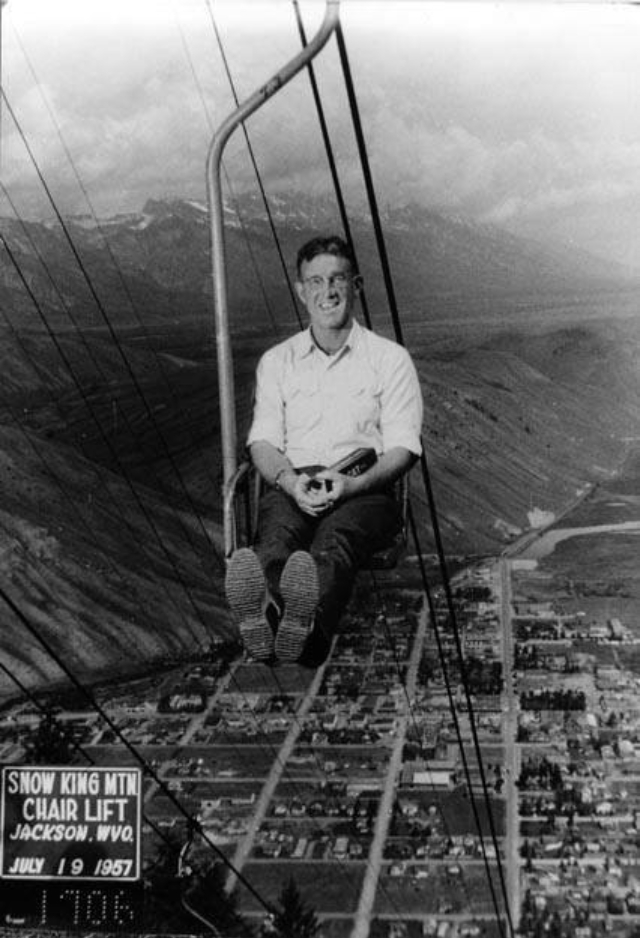 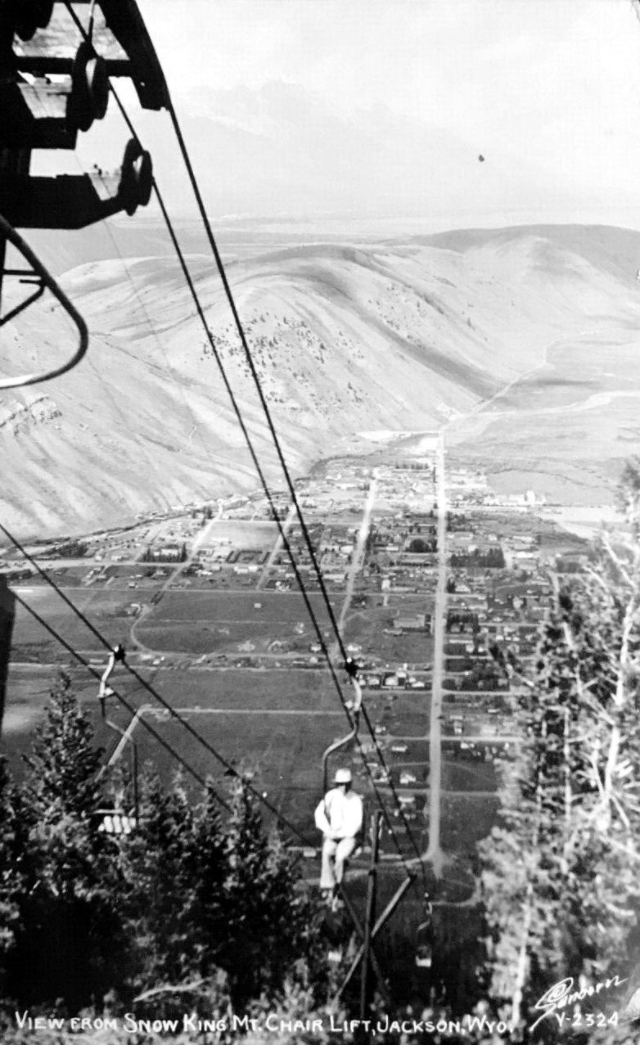 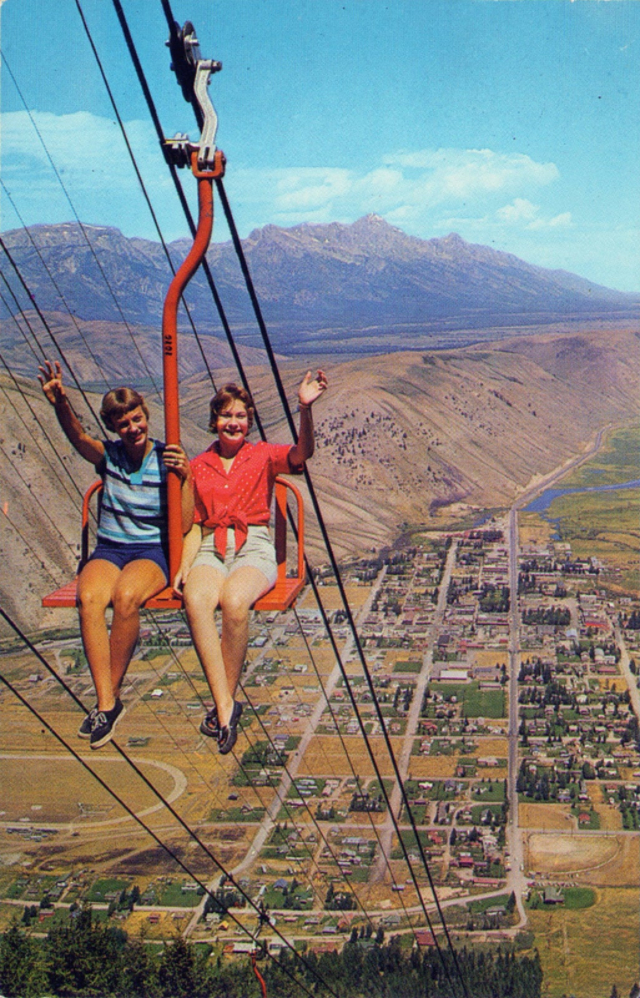 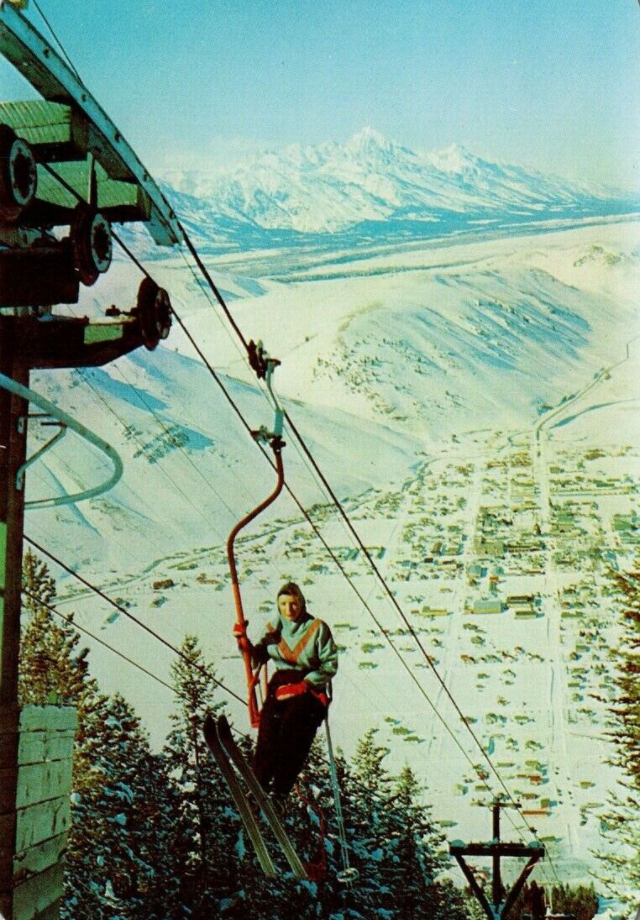 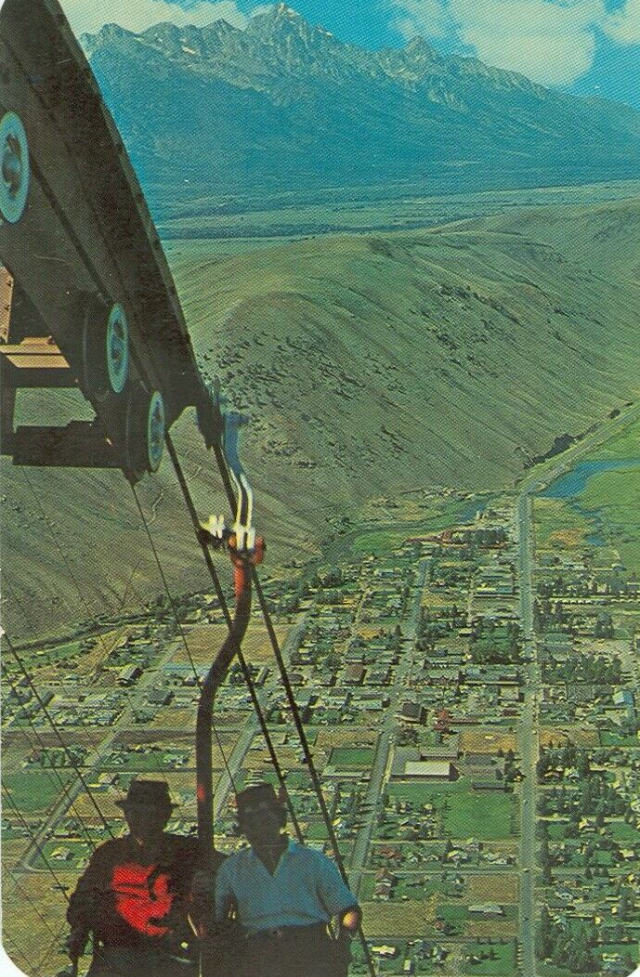 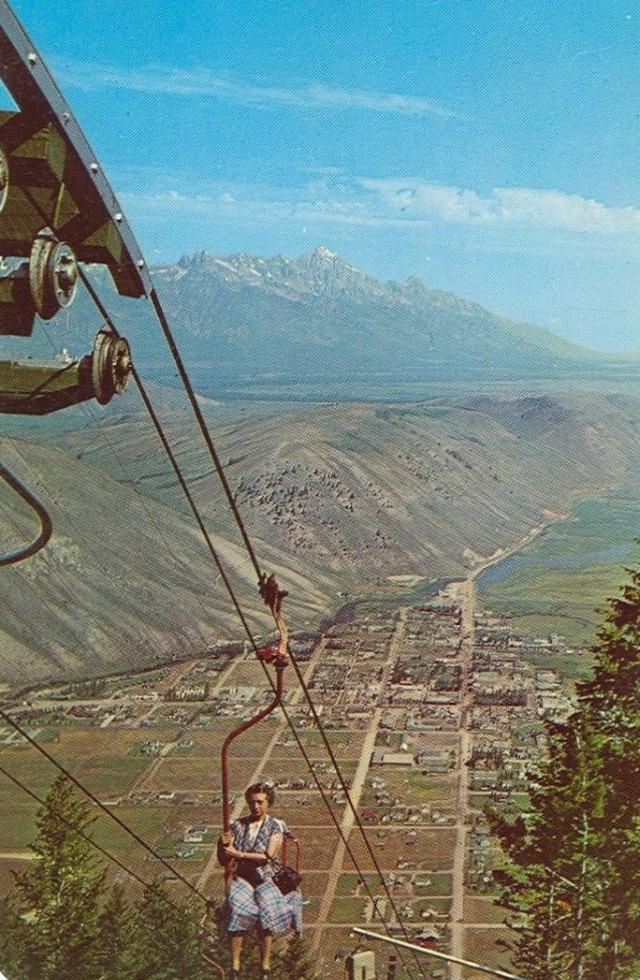 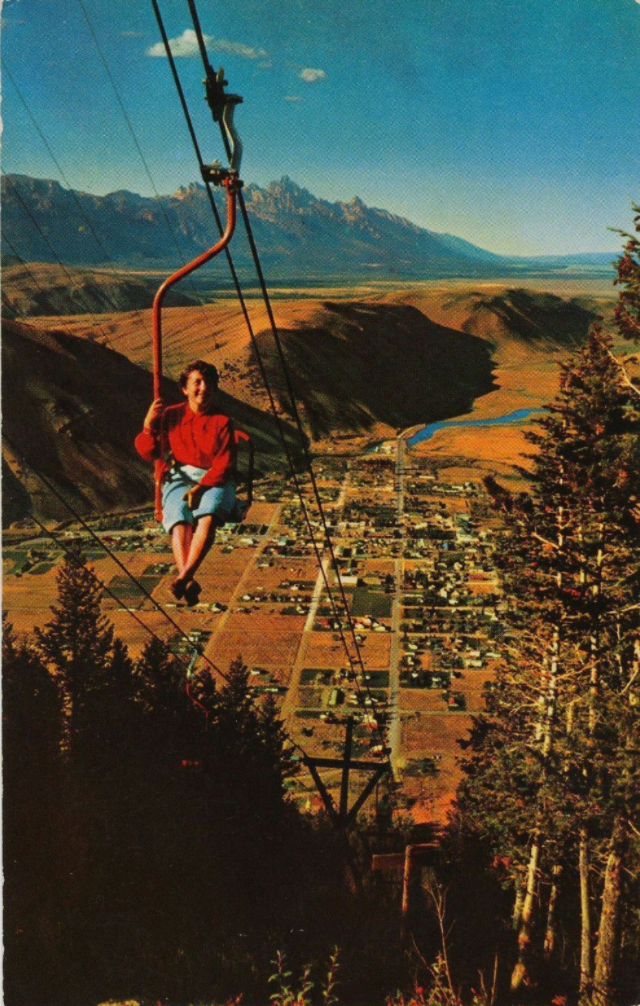 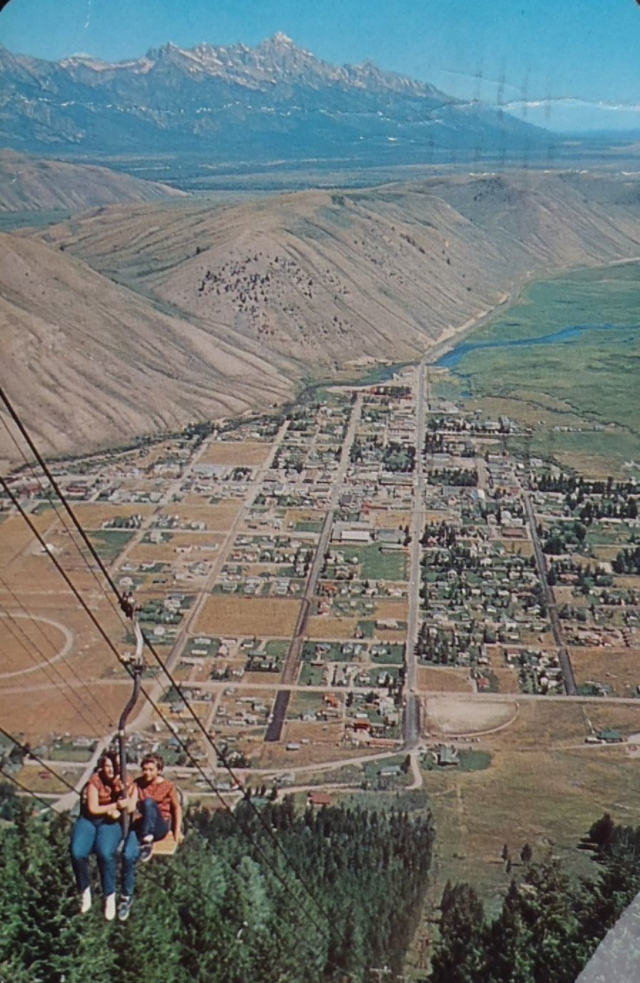 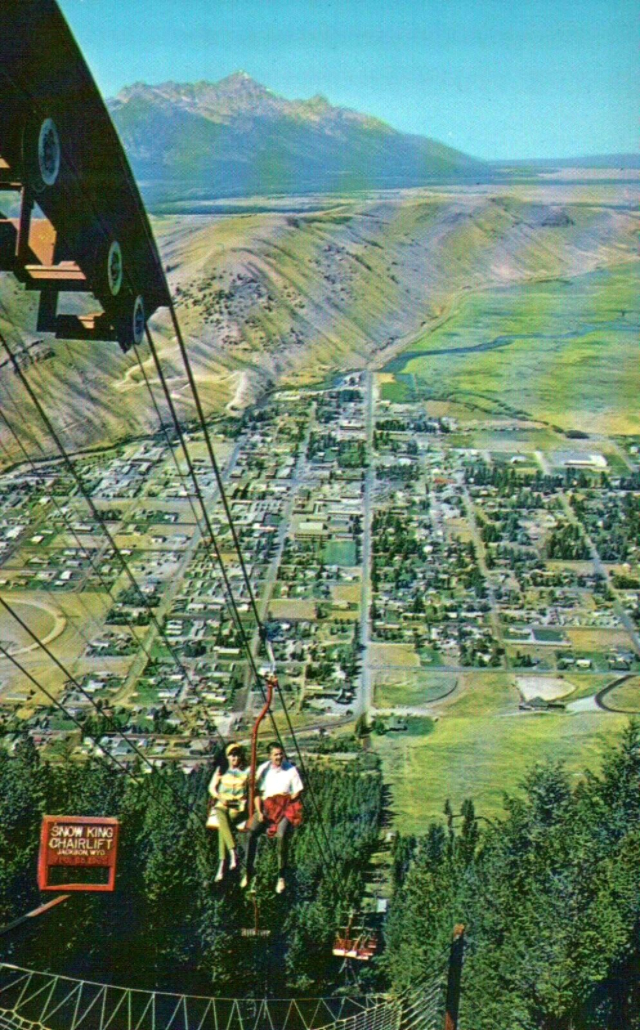 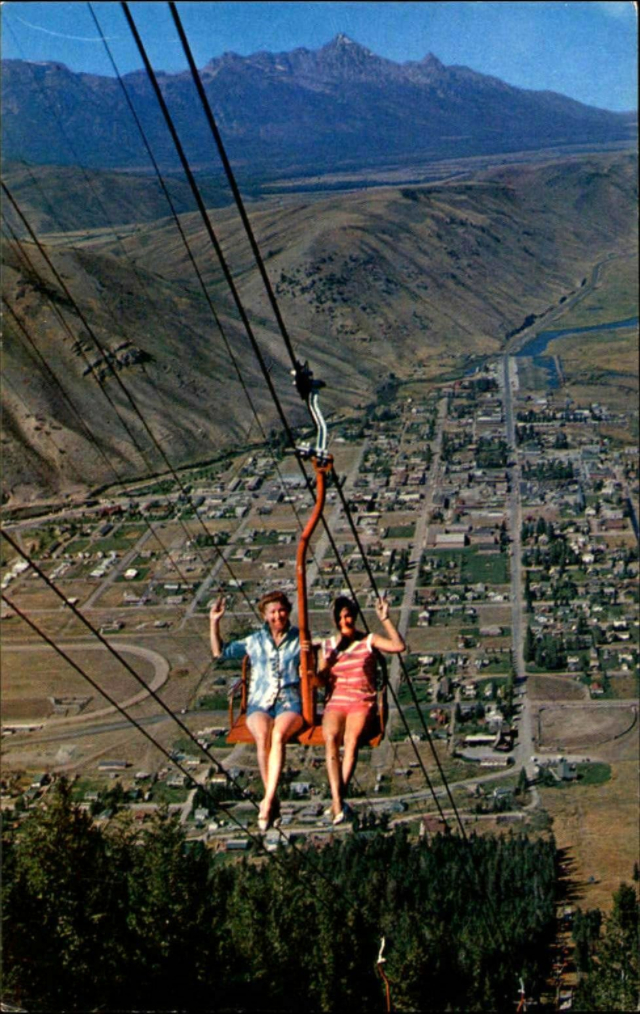 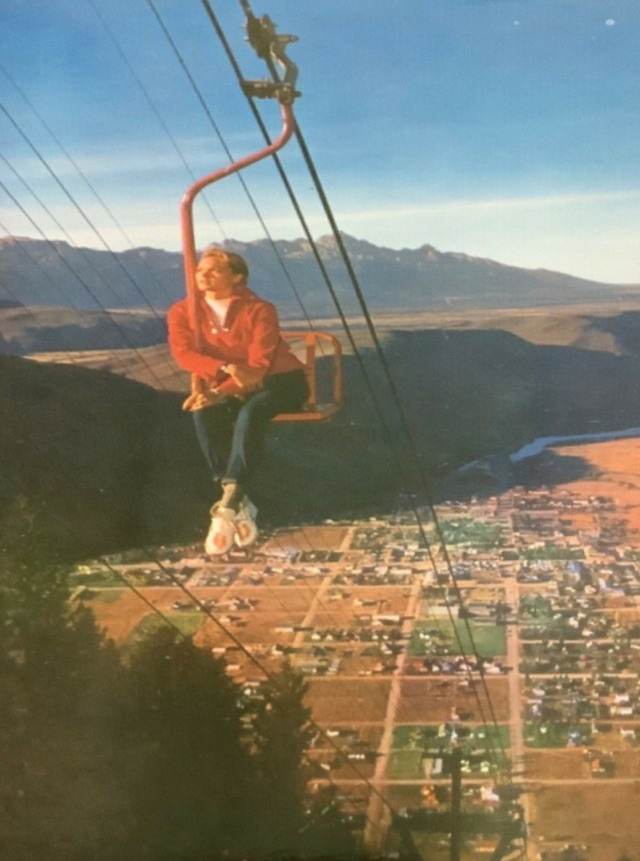 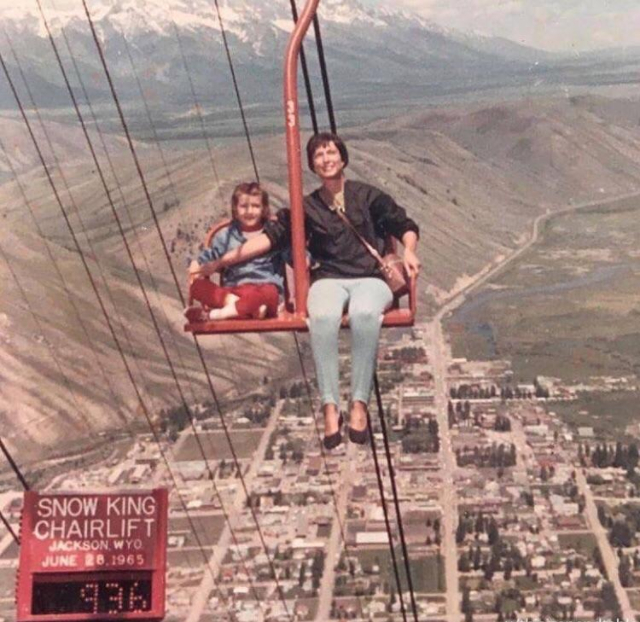 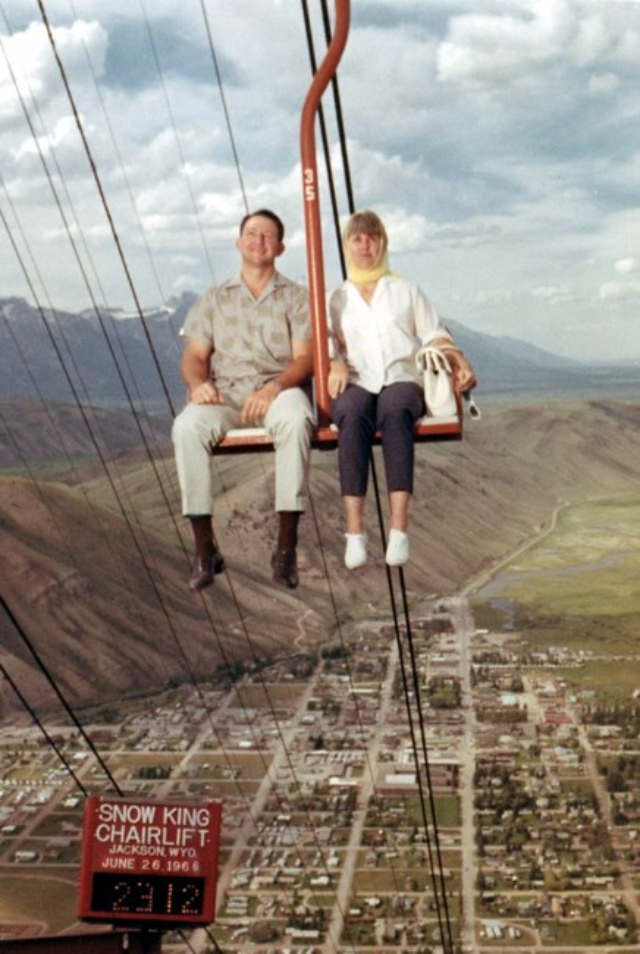 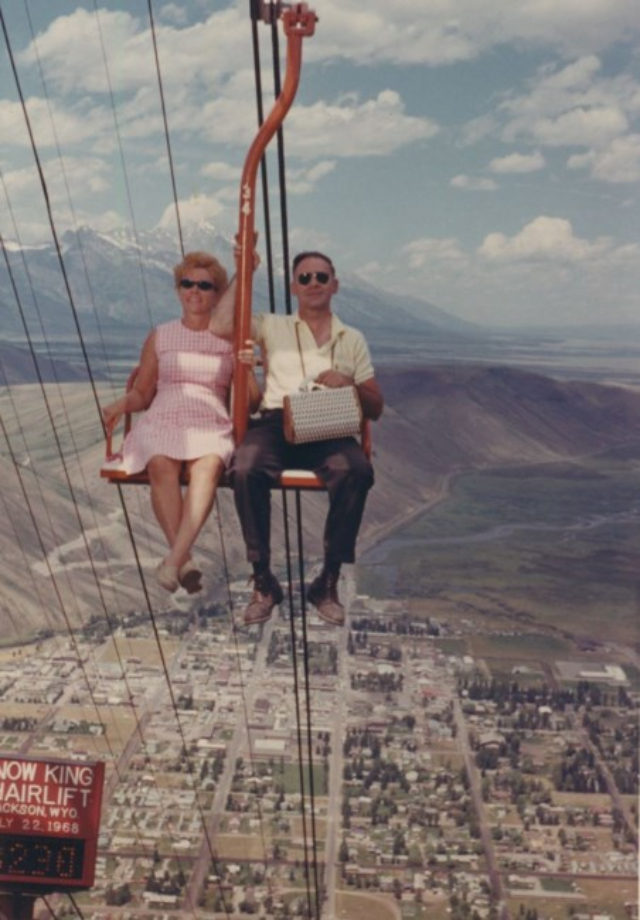 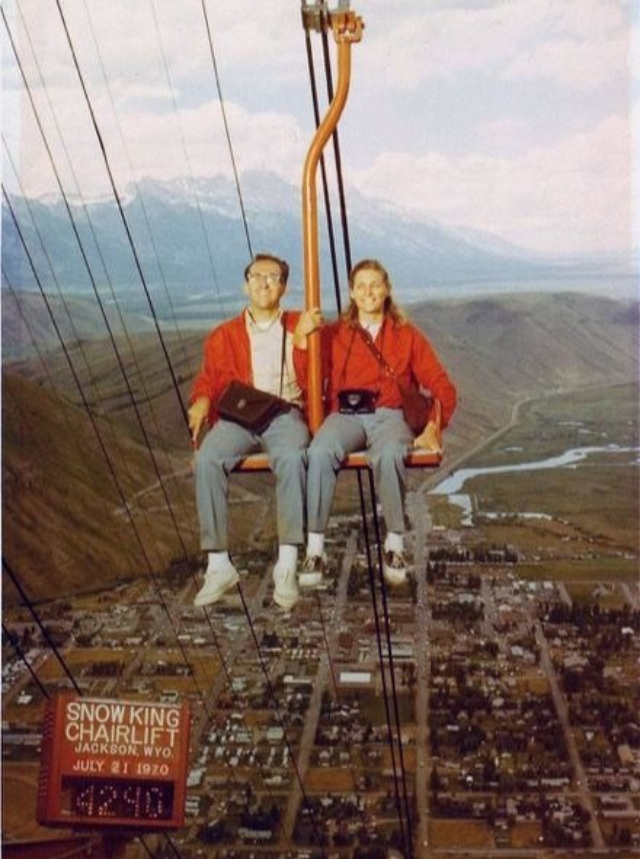 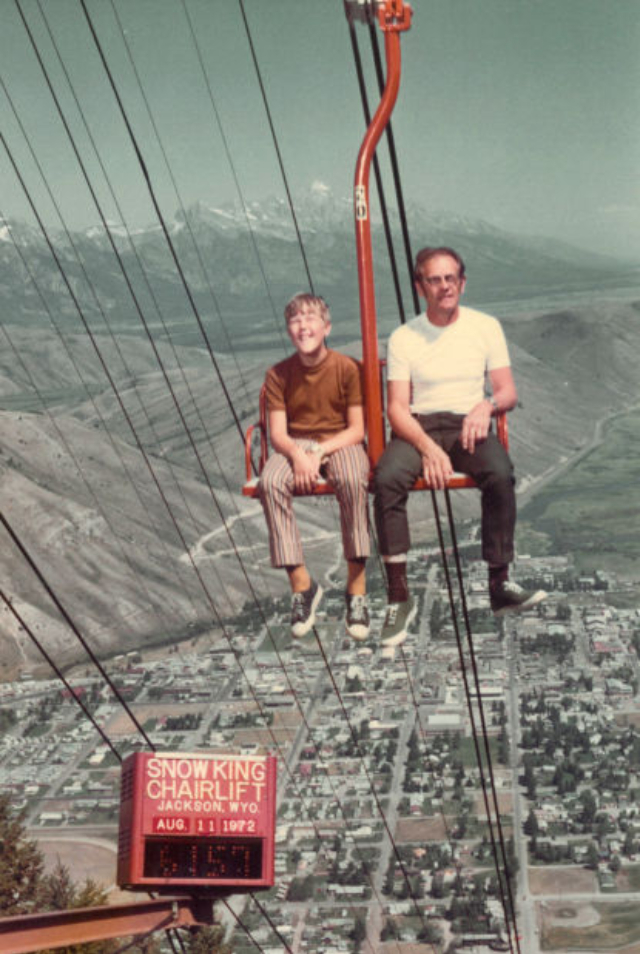 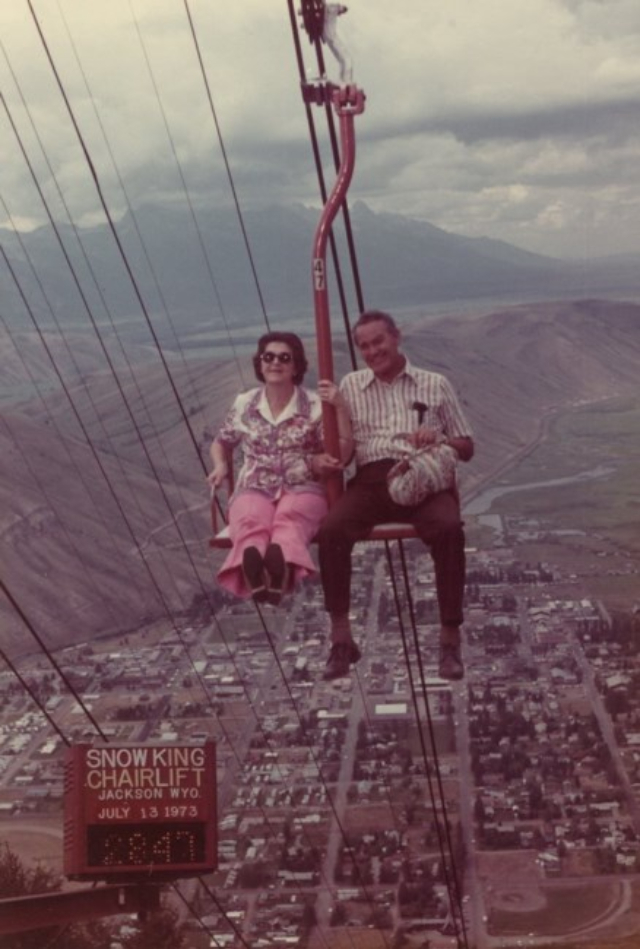 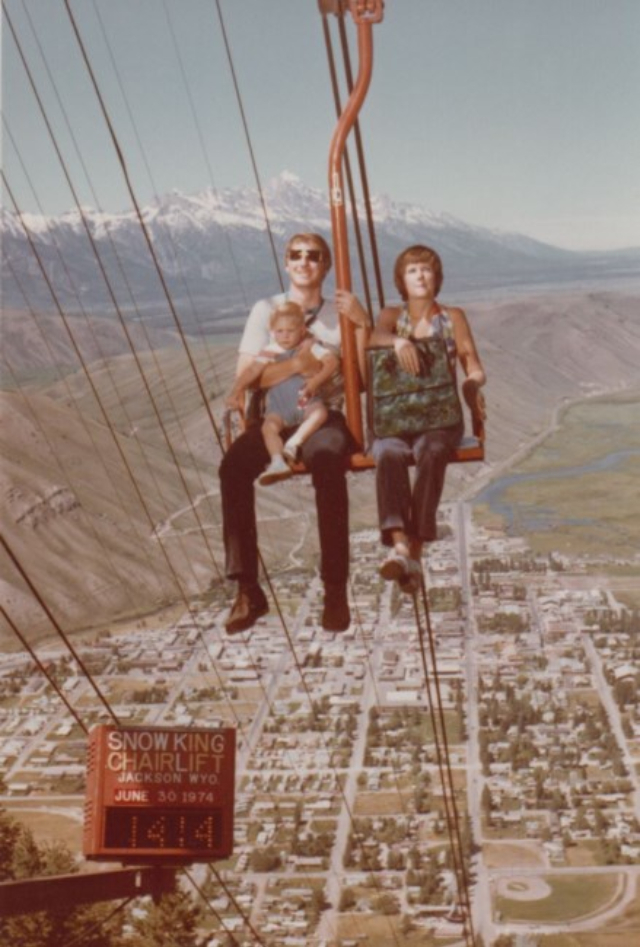 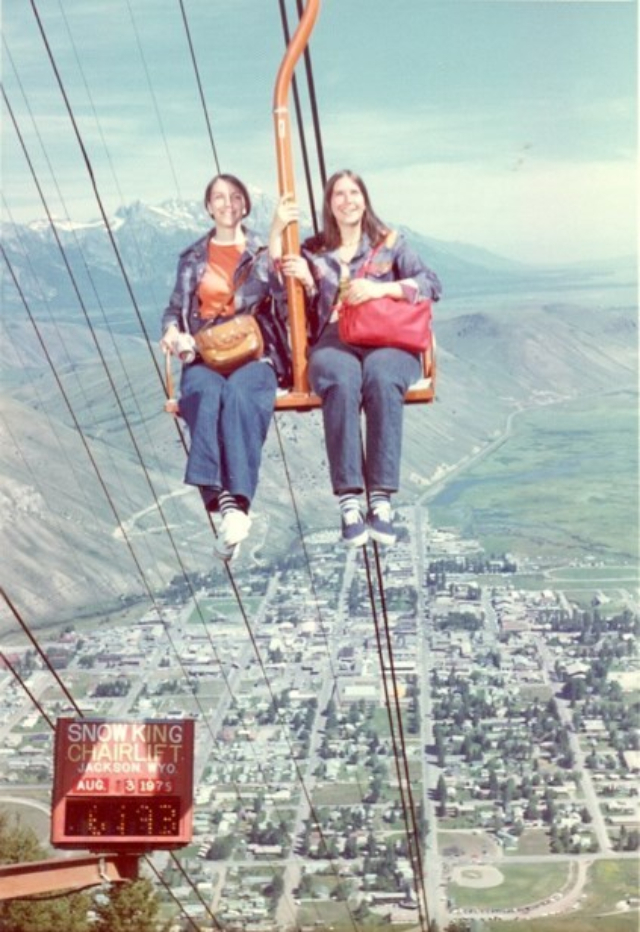 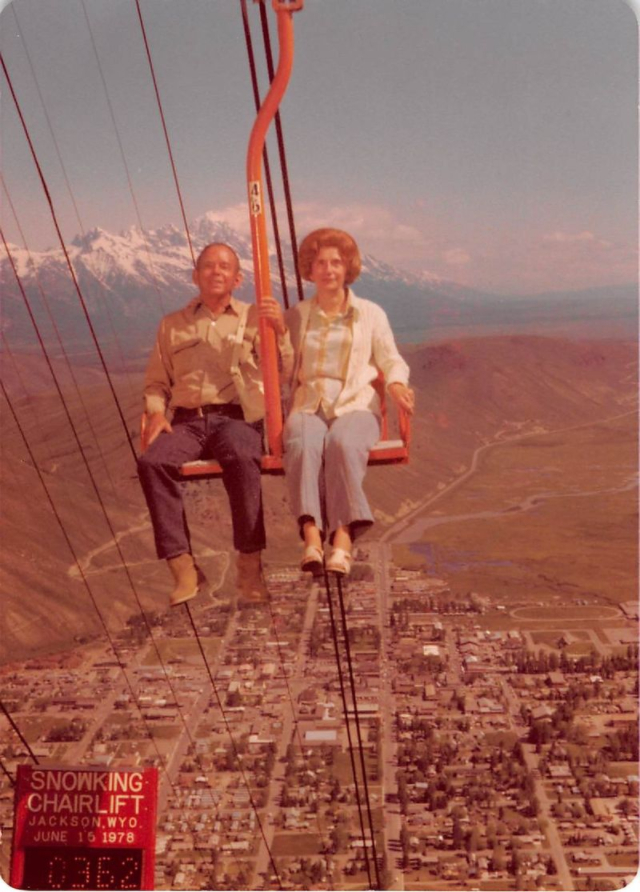