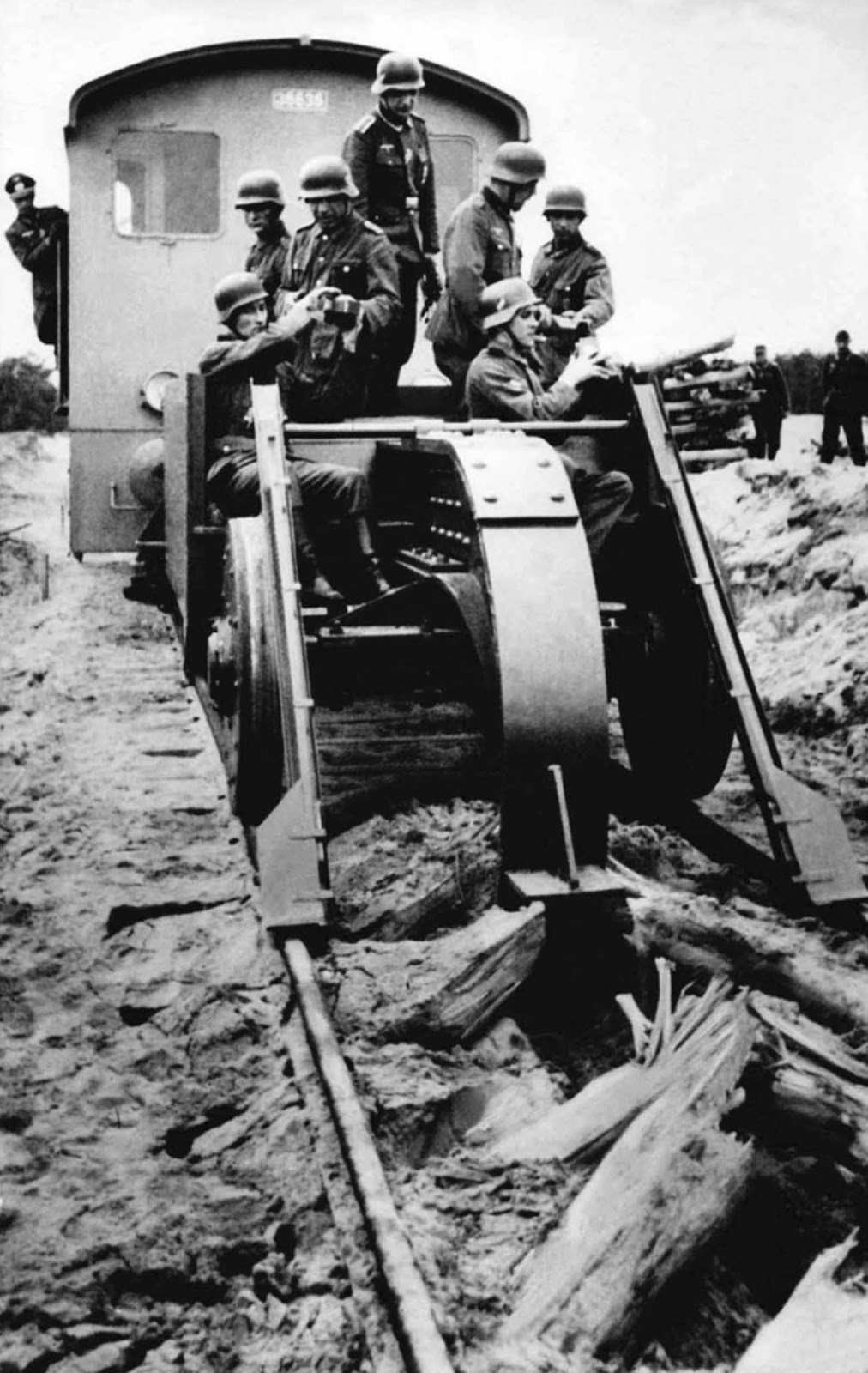 These pictures show the German troops in the Soviet Union destroying the railroad during an organized retreat. The Schienenwolf (Rail Wolf), sometimes also referred to as a Schwellenpflug (Sleeper Plough) was a German rail vehicle built to destroy rail lines through the use of an immensely strong, hook-shaped armored plough.

The German railroad ploughs were produced by the Krupp factory in 1942. The platform on which was mounted a giant hook that spearheaded went under the sleepers, hauled by two locomotives to work for him at the speed of 7-10 km/h.

This destroyer was required to bring into position only 6-8 minutes, served by a team of 10 people. Railway tracks were completely destroyed, sleepers by 100%, the rails at 70-93%, and bonding of up to 30%.

Used in Hitler’s scorched earth policy of total destruction, especially during the collapse of the Third Reich, the Schienenwolf tore up bridges and signaling equipment as well, denying the enemy the use of the seriously damaged railways into Germany. Here’s a short video of German forces destroying the railroads, it’s interesting to see the immense force of the railroad plough.

The Soviet Union had a different gauge rail network and the Germans operated much heavier trains than the Russians, so when the Germans invaded they had to rebuild or modify the lines everywhere they went. Some of them were converted to a standard gauge by moving the rails.

The Germans replaced the Russian wooden sleepers with steel sleepers and clearly, in the photograph the sleepers are wooden, so the rail track being destroyed must be a Soviet-type (but a converted one). German trains were heavier and required stronger supports, hence new steel sleepers. 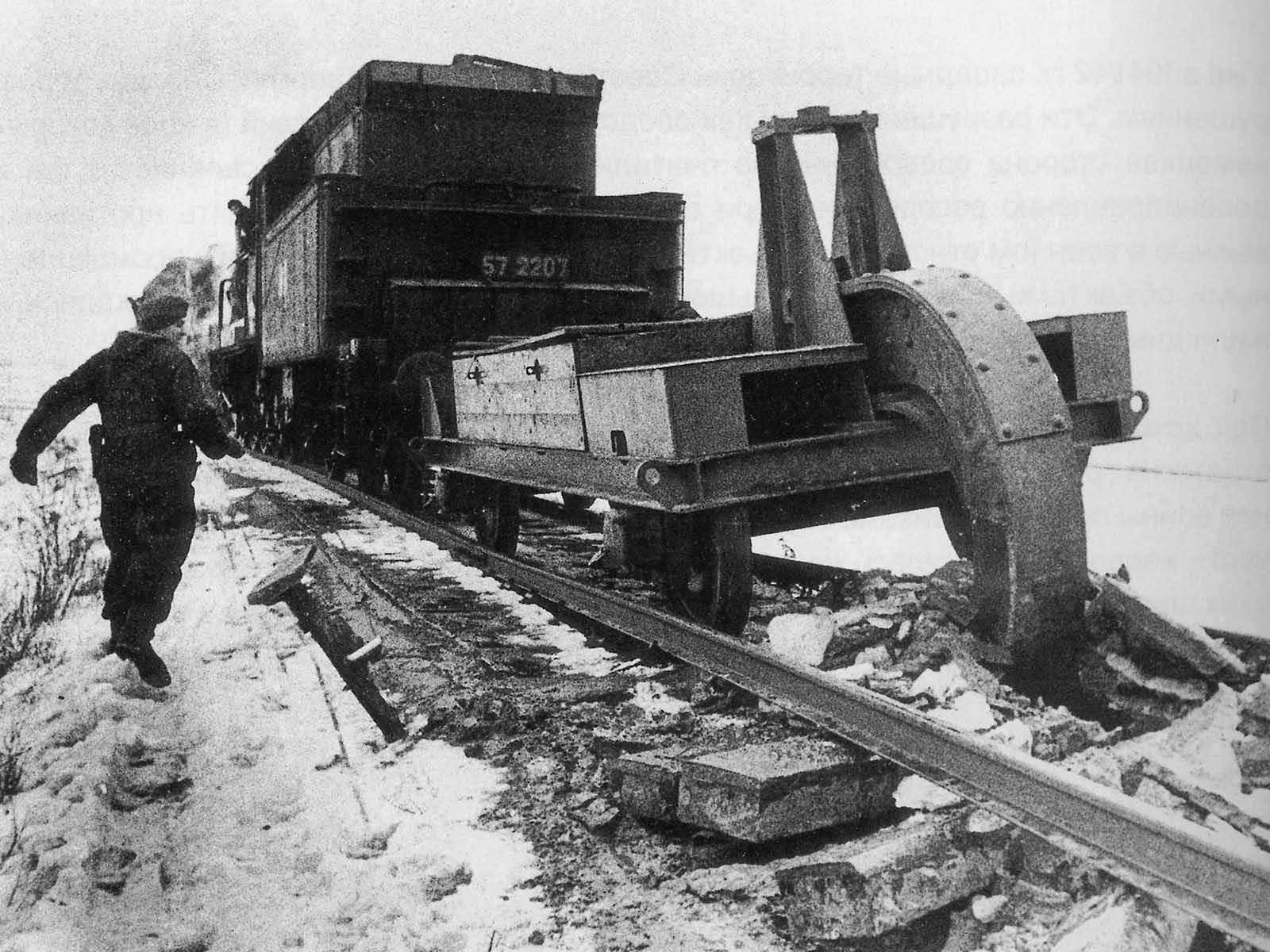 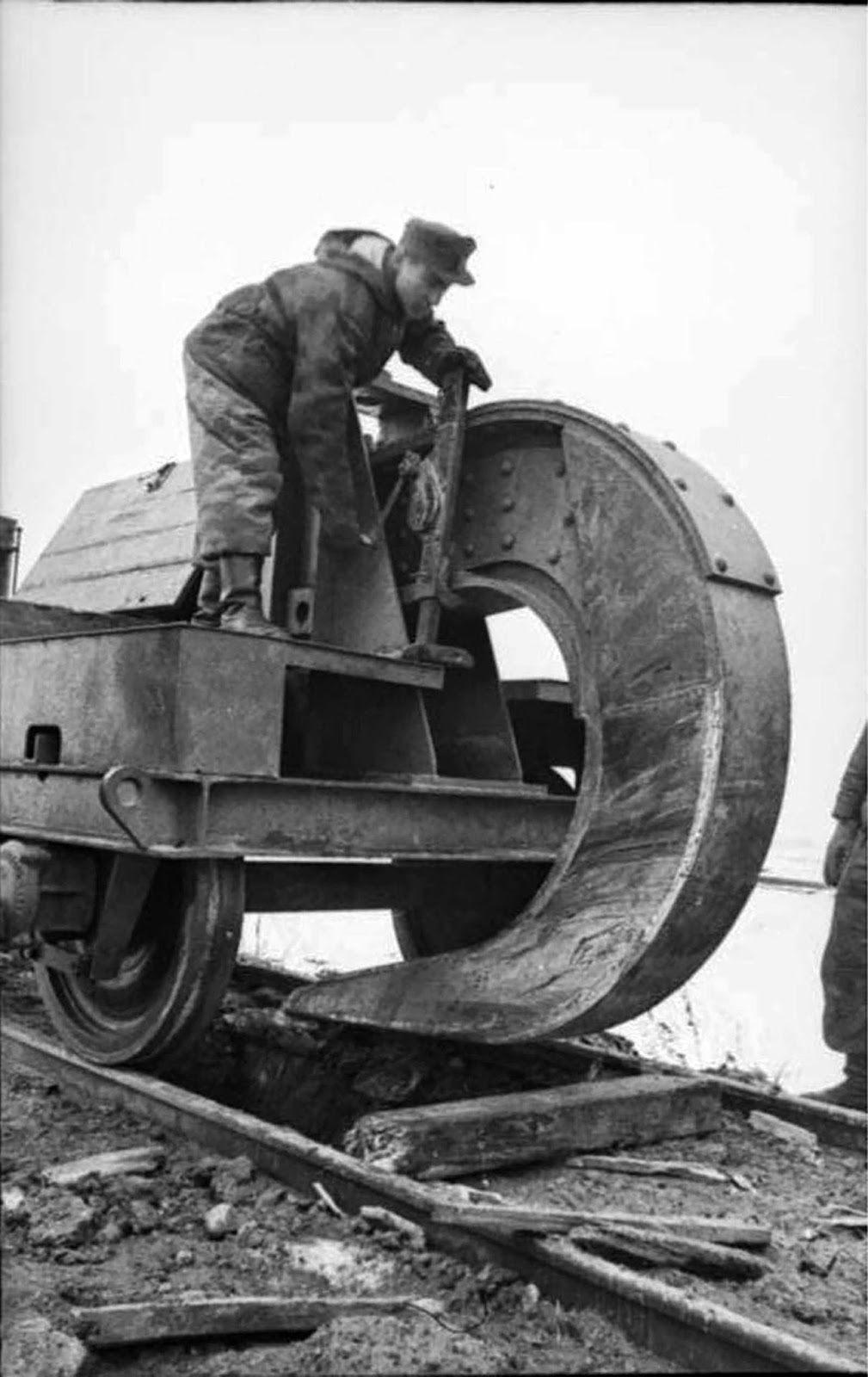 The hook can be raised up for transportation or lowered down for track destruction. 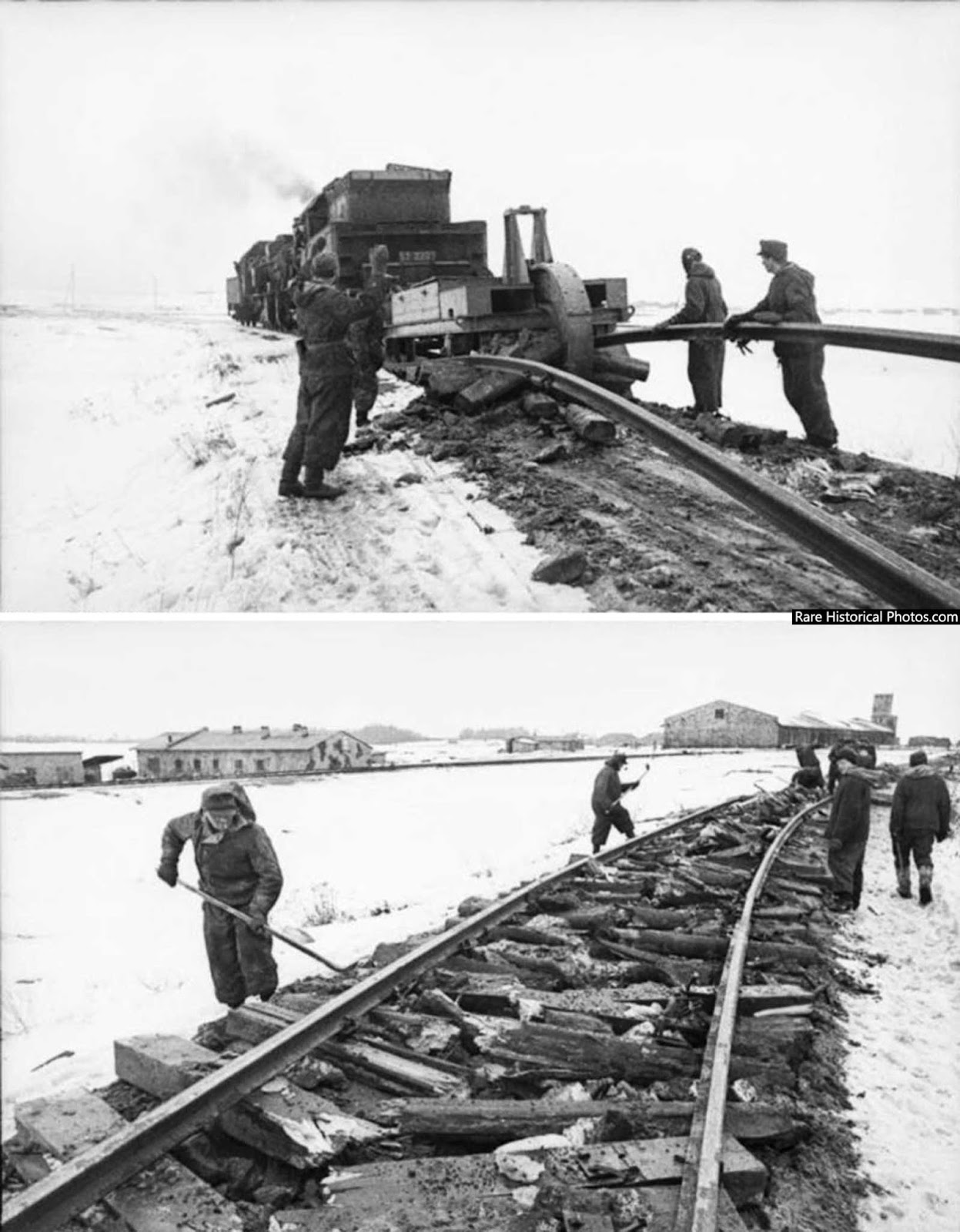 The plough in action.