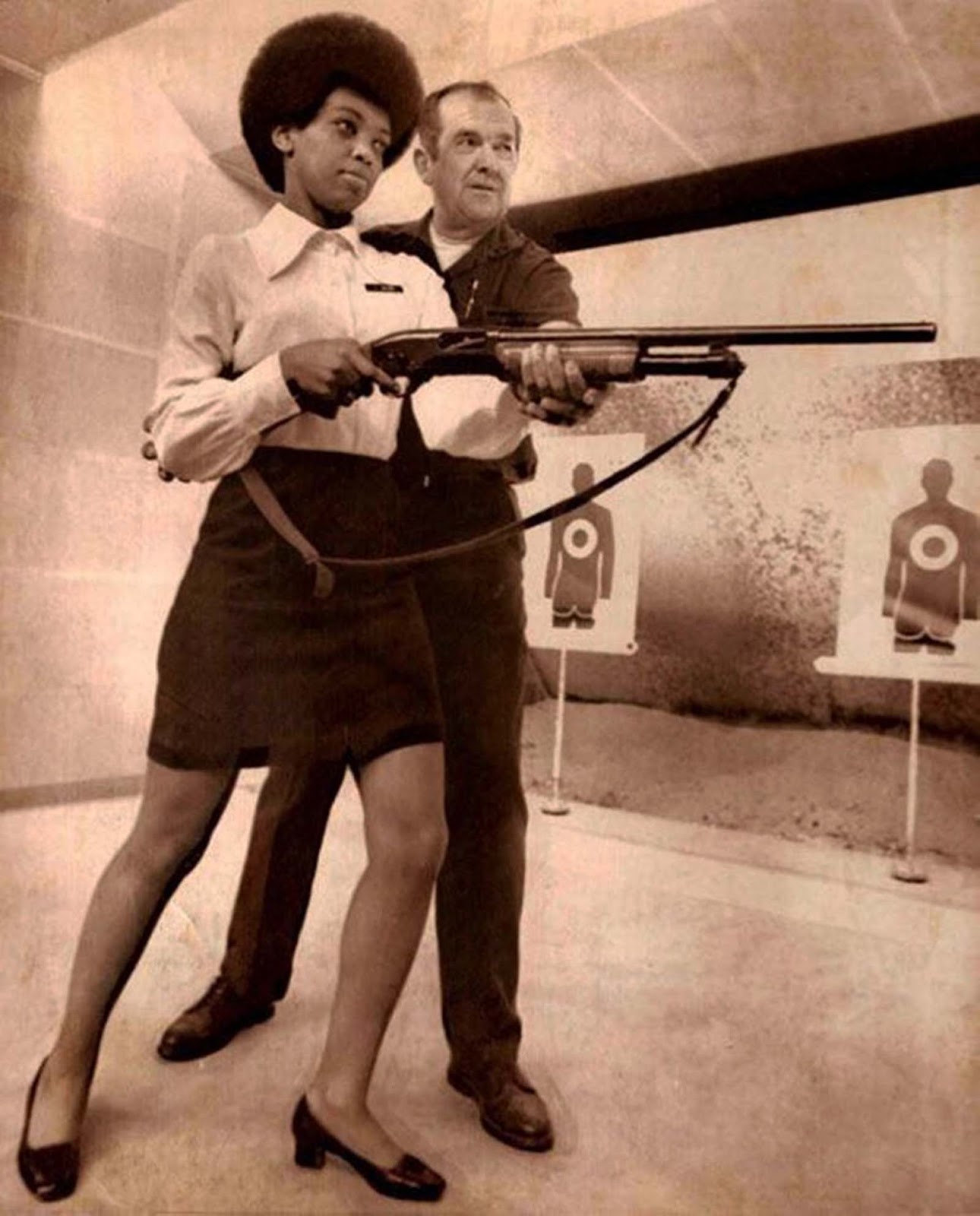 Saundra Brown, the first black woman on the Oakland police force, gets instructions on how to shoot a shotgun, 1970.

This picture might look like marketing material based on the way she’s holding the gun, but that’s a common shotgun technique. In the 1970s this was considered the proper way to shoot a shotgun at close range.

As we can see in the picture, the stock goes much further back than this would make it appear, it’s not inside the crook of her arm, she’s using her elbow to press the side of the stock into the side of her hip.

If the butt of the stock rests on the hip, it would cause bruises and make a proper grip difficult. She is using her stance and weight to stop from being pushed back, and locking the wrists in line with her forearms to control recoil and prevent injury.

The front thumb is used to aim, where it points, the gun shoots. This technique is usually used to rapidly aim in and engage close quarters targets.

Born in Oakland, California, Saundra Brown Armstrong received an A.A. from Merritt College in 1967 and a B.A. from California State University, Fresno in 1969. She was a police officer in the Oakland Police Department from 1970 to 1977.

She then received a J.D. from the University of San Francisco School of Law in 1977. She was a Judicial extern at, California Court of Appeals in 1977, and was a deputy district attorney in Alameda County, California from 1978 to 1979 and from 1980 to 1982. From 1979 to 1980, she was a senior consultant to the California Assembly Committee on Criminal Justice.

On April 25, 1991, Armstrong was nominated by President George H. W. Bush to a seat on the United States District Court for the Northern District of California vacated by William A. Ingram. She was confirmed by the United States Senate on June 14, 1991, and received her commission on June 18, 1991. She assumed senior status on March 23, 2012.