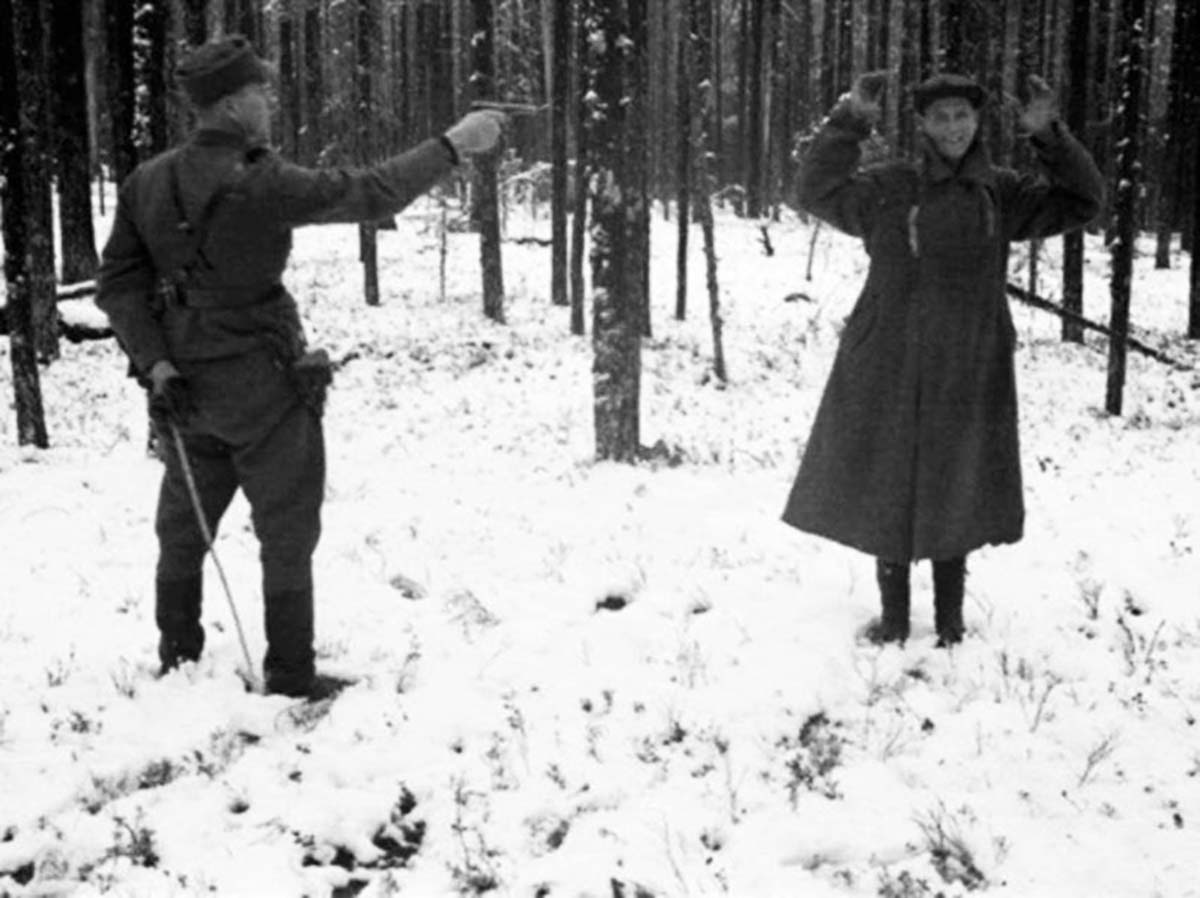 Russian spy laughing through his execution in Finland, 1942.

A Soviet spy laughs at his executioner in a picture taken in Rukajärvi, in East Karelia, in November 1942. It has been thought within the Finnish Defence Forces that the decision to withhold pictures of the fate of Russian POWs and spies may also have been prompted by concerns that pro-Soviet elements in Finnish society could have used the images for propaganda purposes.

This picture was declassified by the Ministry of Defense of Finland in 2006, with the description: Unknown Soviet intelligence officer before being shot, Finland, 1942.

It’s a pretty amazing picture. To capture the last few moments of life. He knows he will die in a few seconds, in a forest in the snow. And there he will bleed out and be forgotten.

His life, his experience, has come to an end. What else could he do but smile? That smile was his final defiance. Death smiles at us all, all a man can do is smile back. 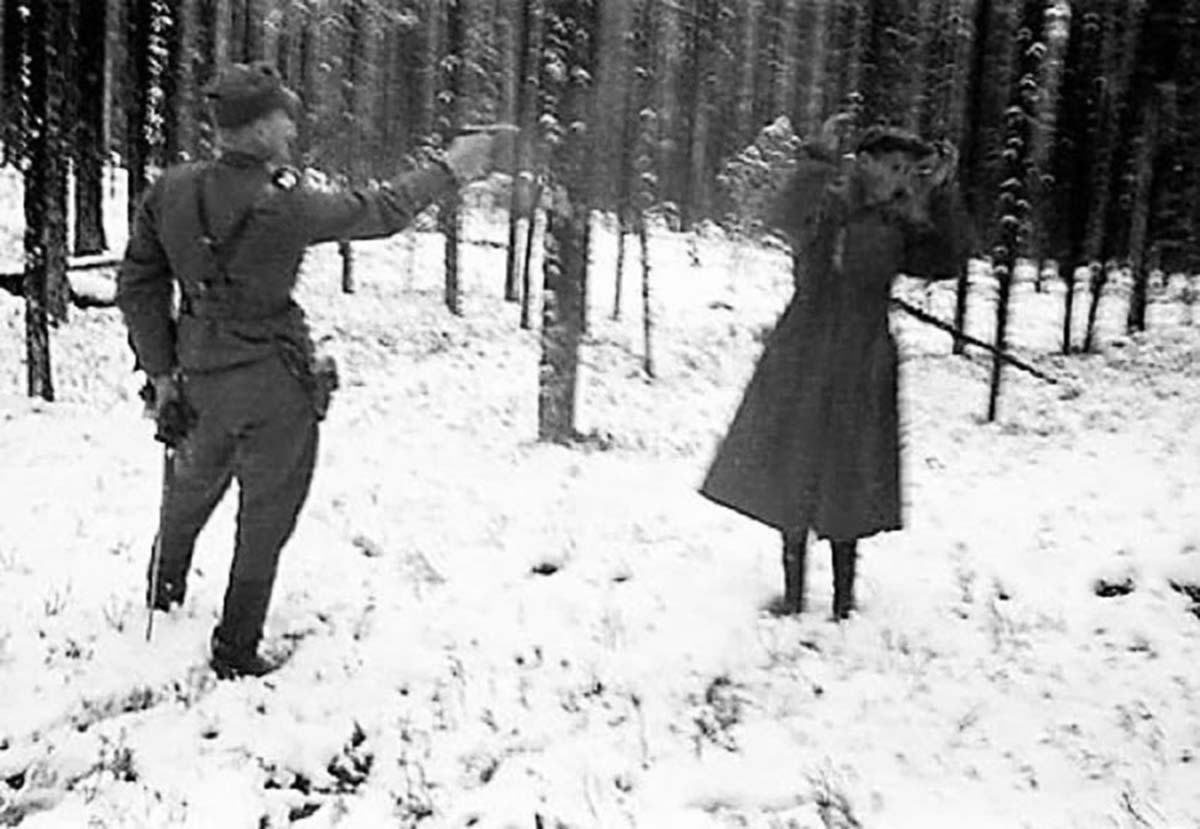 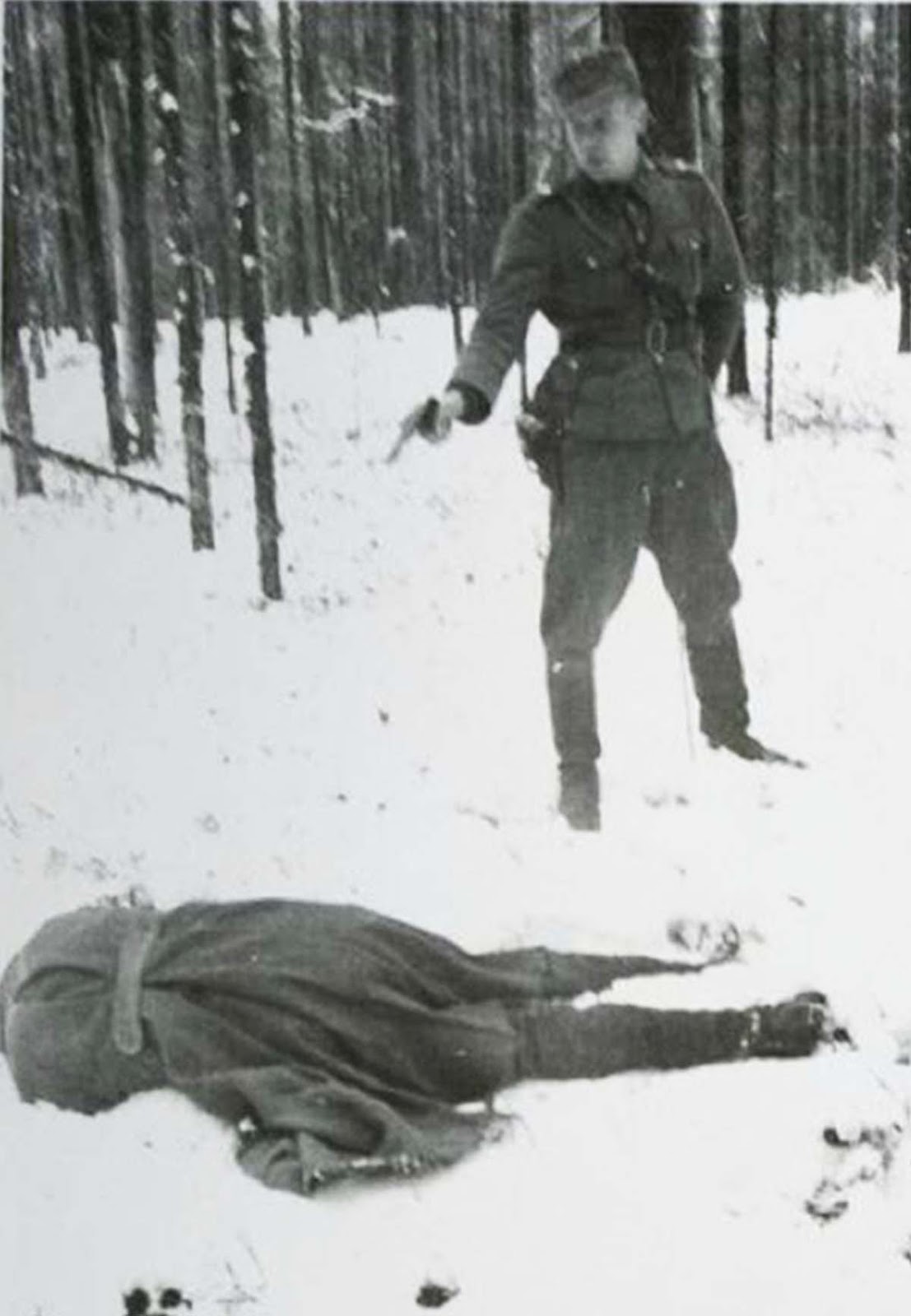 This picture was declassified in 2006.

Of note, Finland was allied with Germany and at war with USSR. This is the Continuation War, not the previous Winter War. By 1942 Finland was involved in the blockade of Leningrad (that starved to death 1 million civilians). Finland was not that involved, to be exact they refused to assist with the siege directly even though their frontlines were just about 30km away.

World War Two for Finland was the Winter War (Soviets invade Finland, Finland fights until it almost literally has no more ammunition left in Finland so they have to negotiate a peace where they lose territory which the Soviets were glad to accept since they had lost so many people – meanwhile, the other democracies of the world initially help Finland since the Soviet Union is one of the “bad guys” – allied with Nazi Germany).

The Continuation War (Finland allies with Nazi Germany to take back territory lost in the Winter War – meanwhile, other democracies are placed in an awkward situation since now, the Soviet Union is one of the “good guys” since the Nazis backstabbed the Soviet Union)

The Lapland War (Finland negotiates separate peace with allies on fairly favorable terms – since the western allies realize that the Soviet Union is actually not a “good guy” but an “enemy of my enemy” – and kicks Nazis out of Finland).