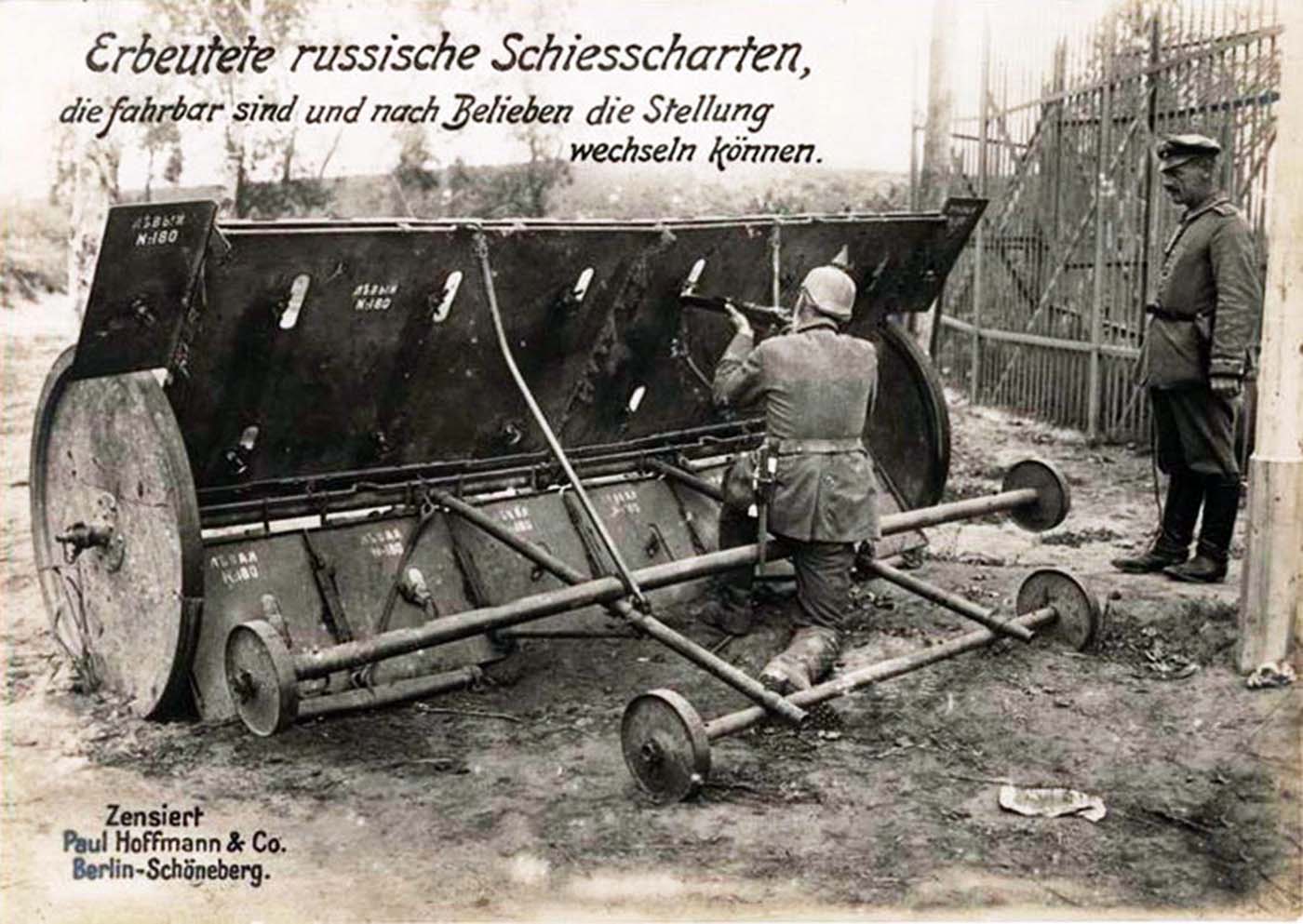 A Russian adjustable mobile shield captured by the Germans, 1914.

The immobility of the trench warfare characterizing the First World War led to a need for a device that would protect soldiers from enemy fire and could help them move on the extremely irregular terrain of battlefields.

Apart from a few exceptional cases, these mobile personnel shields proved too cumbersome and heavy for the strength of an individual under fire, and would only work on short distances and on favorable ground.

The primary killer on the Great War’s battlefields was artillery, not rifles or machine guns. While the men are carrying their shields to protect them against rifle and machine-gun fire, a shell bursts over their heads and shreds their brains with shrapnel.

The original caption on the picture reads: “Captured Russian embrasures, which are mobile and can be moved and change emplacement”. In order to stop high-power rifle rounds, they had to be rather heavyweight steel plates. This made them difficult to move and carry (usually by horses).