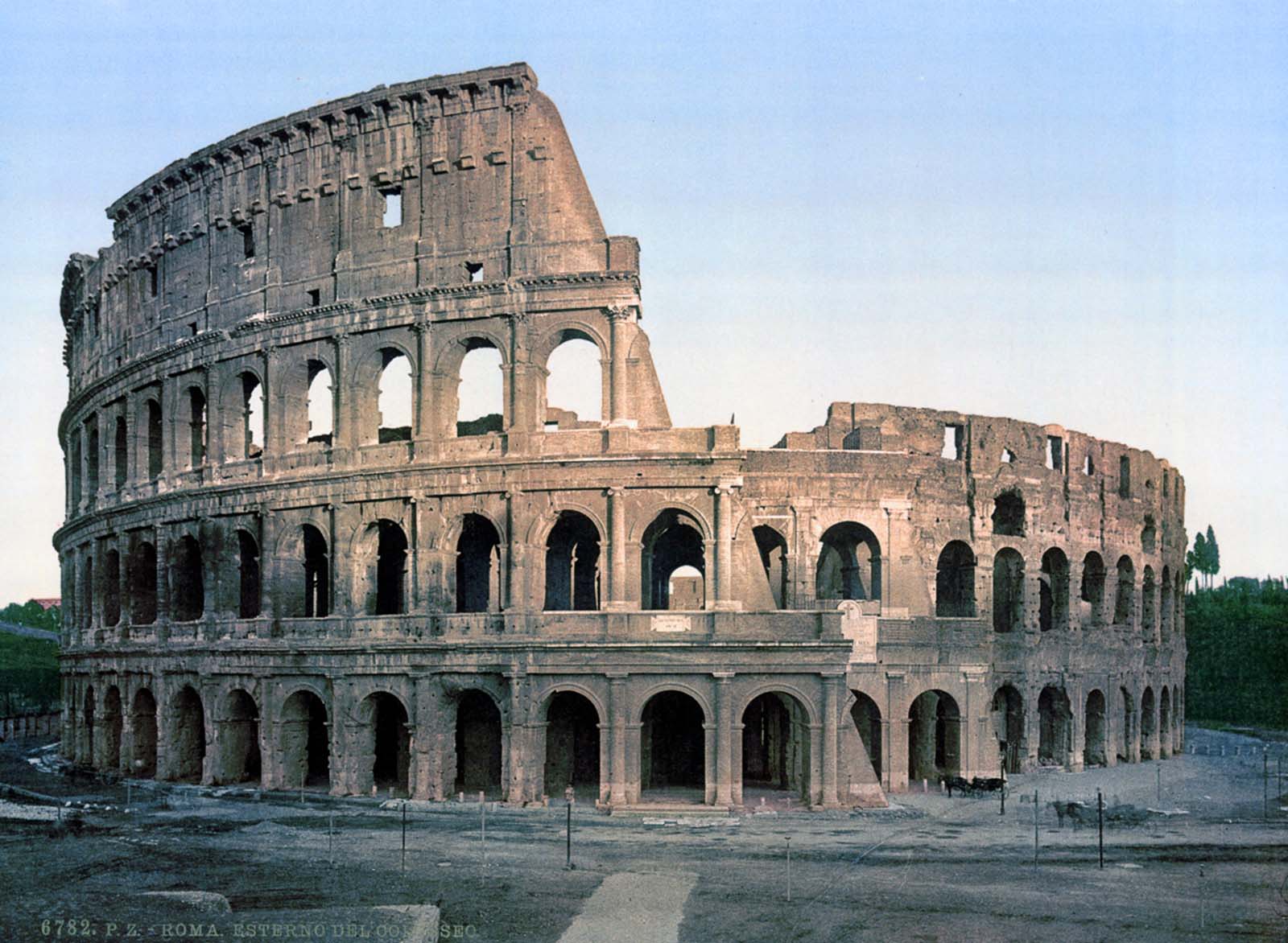 These vivid color images show the everyday life and the ancient landmarks of Rome in the 1890s. While transportation and engineering show the first sign of the modern world, the Eternal City still demonstrates its glorious past.

The old photographs depict horse-drawn carriages on the cobblestone streets near the Pantheon, popular attractions such as the Roman Forum or the Trevi Fountain without tourists, people going with their everyday routine, etc.

While the images may look like photographs, they are actually ink-based photolithographs. This process, called Photochrom, adds precise gradations of artificial color to black and white photos. Often featuring subjects appealing to travelers like landscapes or architecture, the prints were either shared as postcards or hung for display.

After the fall of the Empire in the west, which marked the beginning of the Middle Ages, Rome slowly fell under the political control of the Papacy, and in the 8th century, it became the capital of the Papal States, which lasted until 1870.

Beginning with the Renaissance, almost all popes pursued a coherent architectural and urban programme over four hundred years, aimed at making the city the artistic and cultural center of the world. 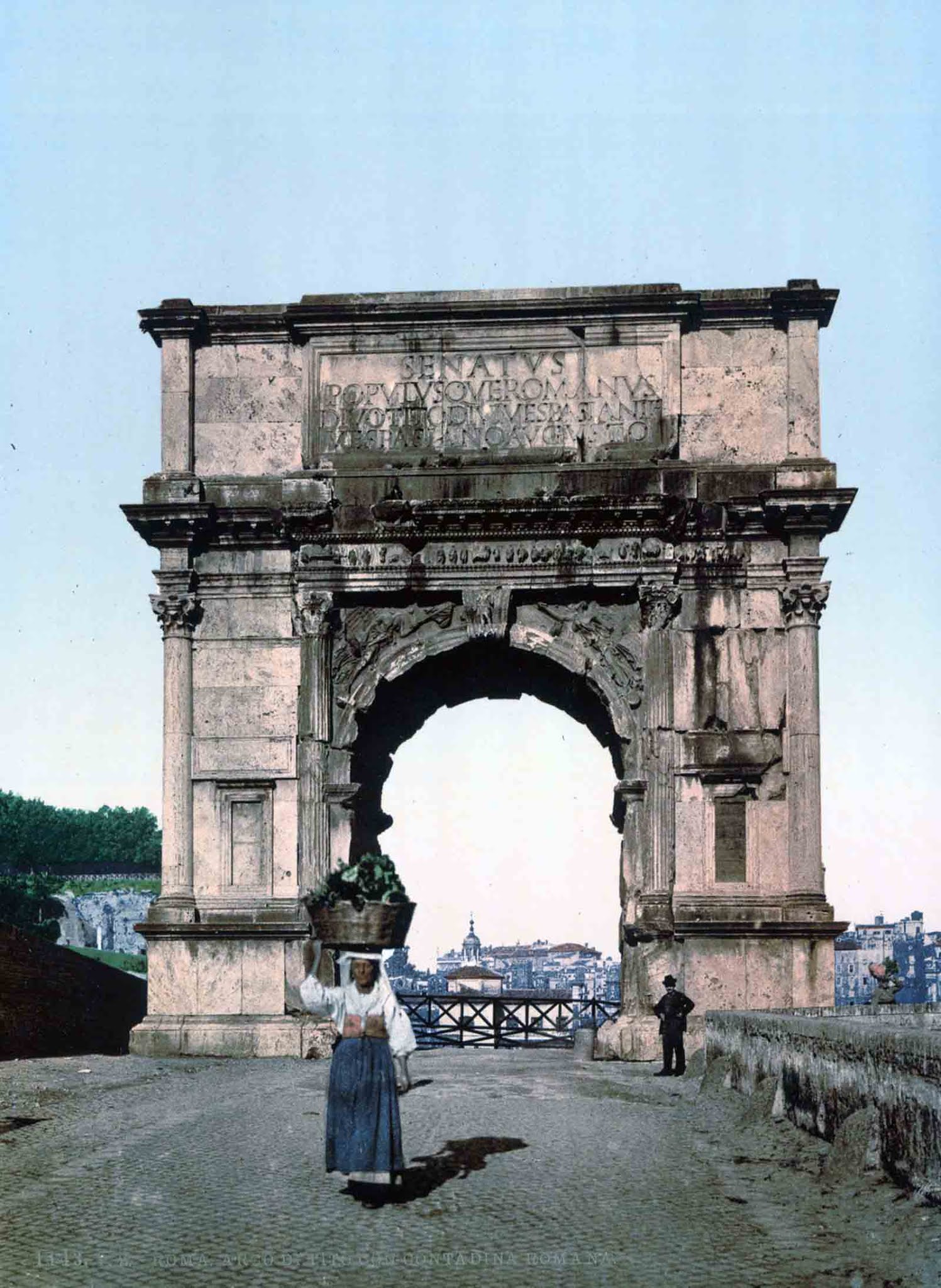 The Triumphal Arch of Titus.

In this way, Rome became first one of the major centers of the Renaissance, and then the birthplace of both the Baroque style and Neoclassicism. Famous artists, painters, sculptors, and architects made Rome the center of their activity, creating masterpieces throughout the city.

In the late 19th century, Rome became a special destination, which drew visitors from all over Europe. Its ruins were an enticement that could not but attract the nostalgic sensitivity of the romantics, fascinated by the dream, the mystery, and the beauty of the past.

Students and art lovers could get in touch with the original beauties of classical antiquity, practicing in drawing and reproductions right there, on the spot. Rome was an open-air museum, a city where the ancient ruins were stratified with those of the Christian period as well as those of the modern era.

These amazing color photographs are part of the Photochrom collection of the Library of Congress and show that the appeal of Rome is timeless and long-lasting. 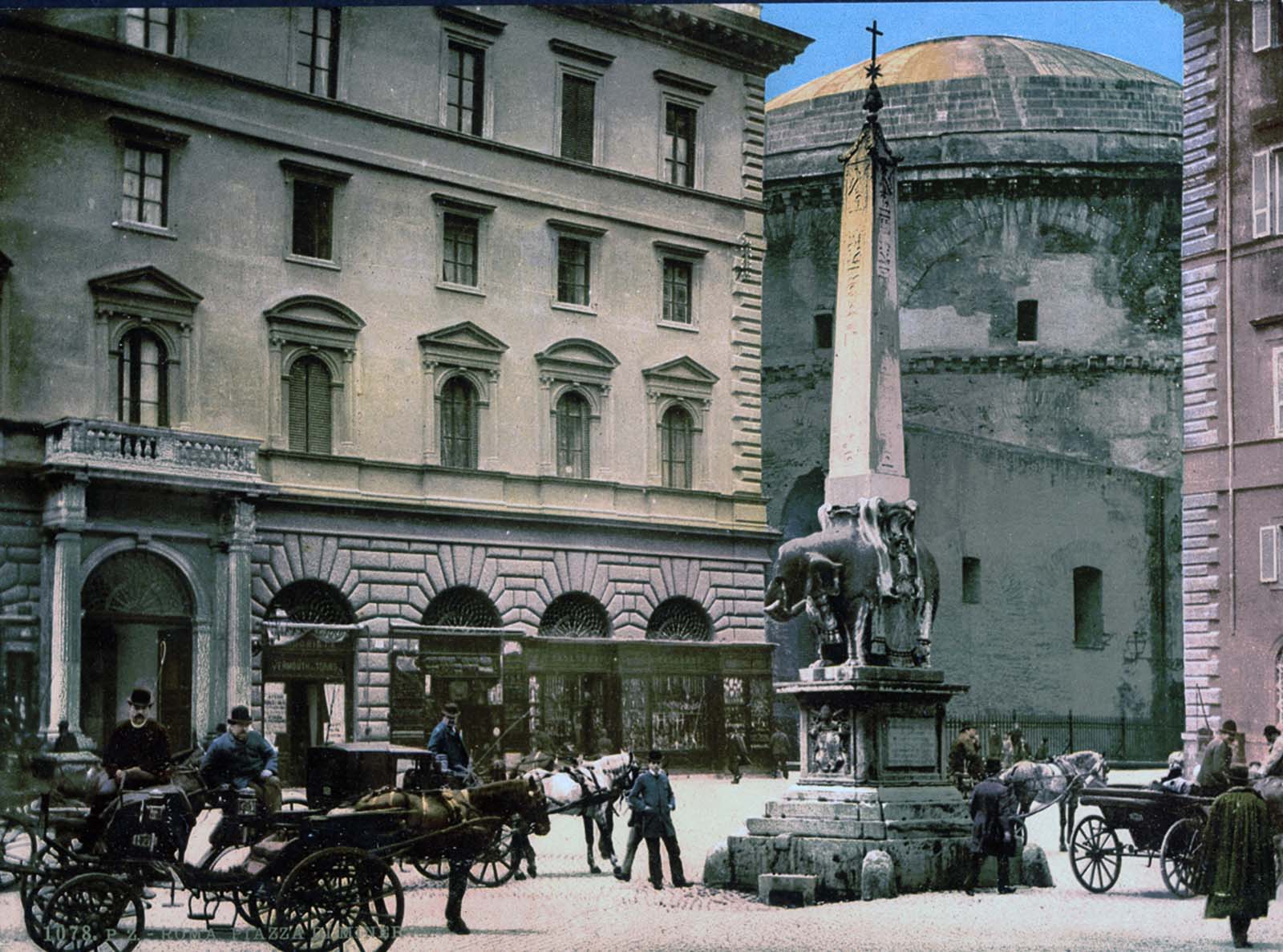 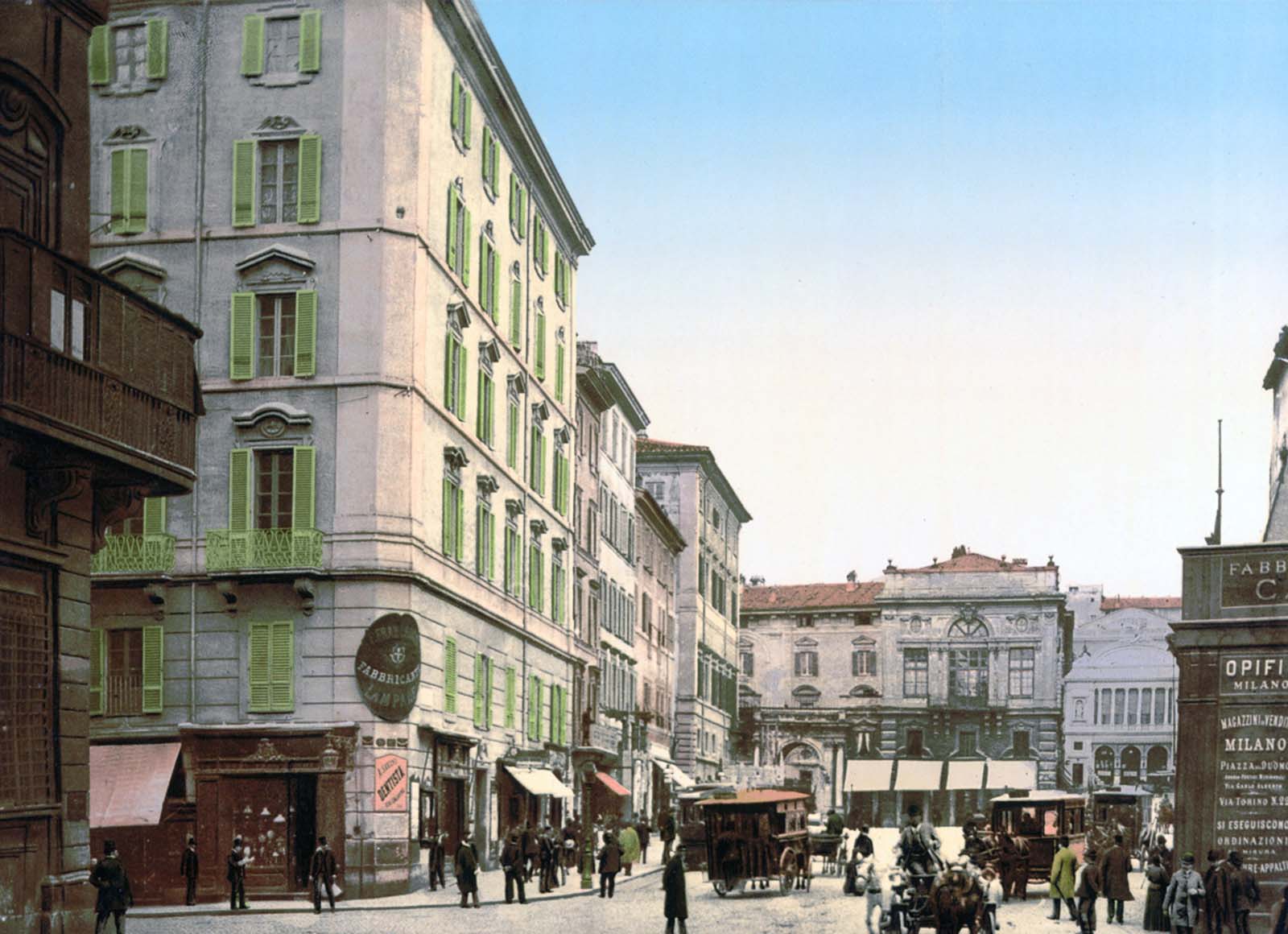 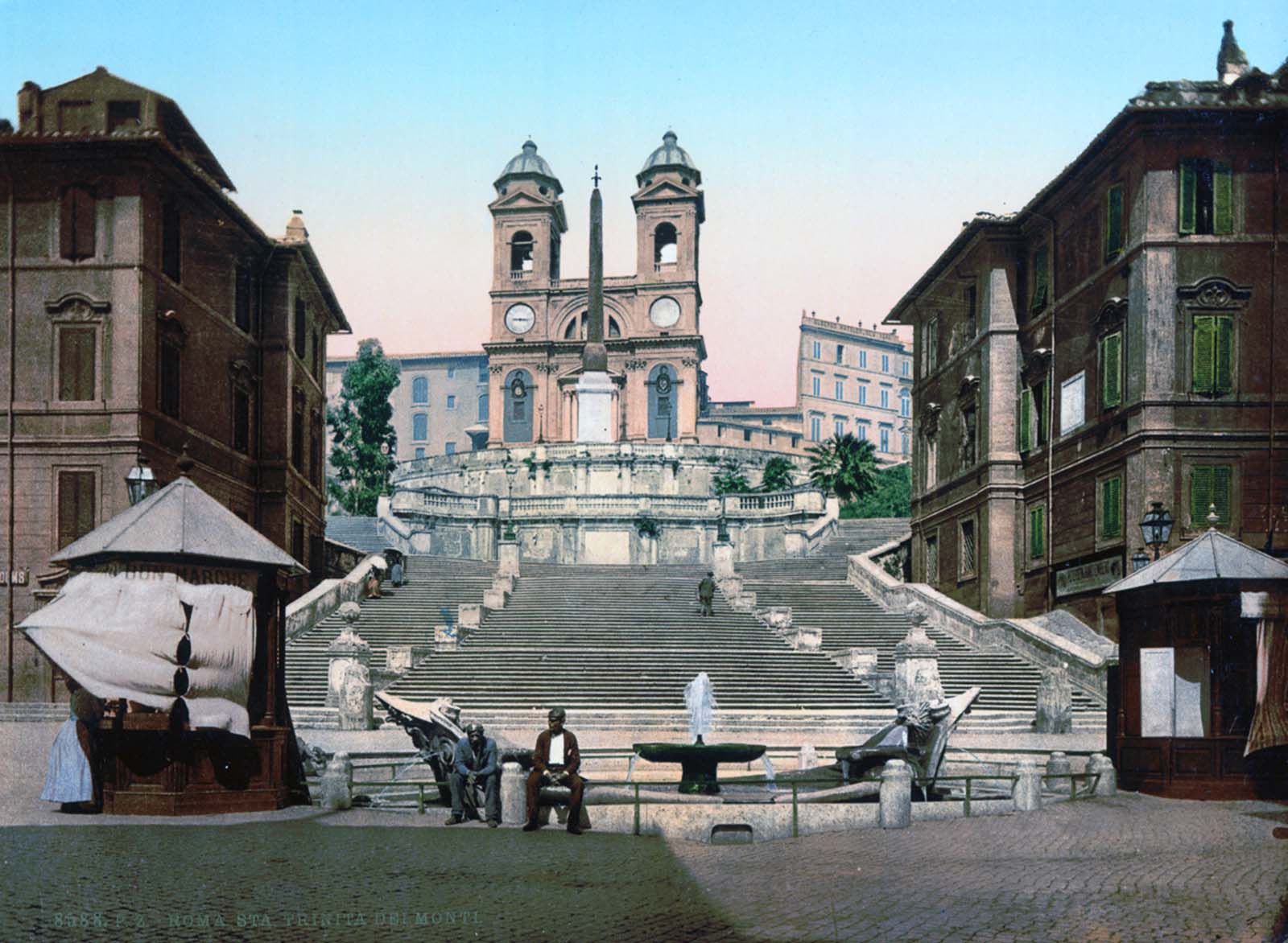 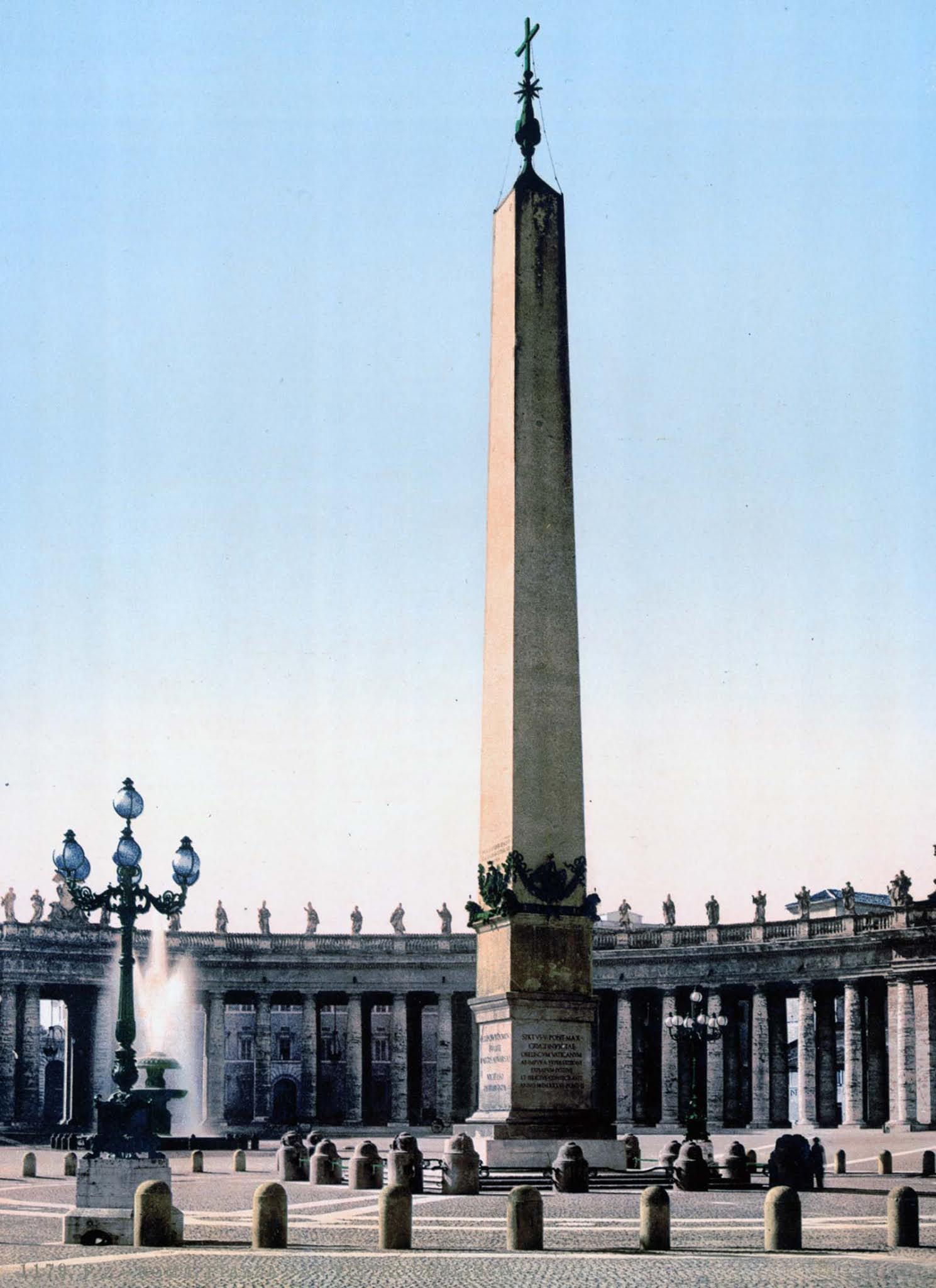 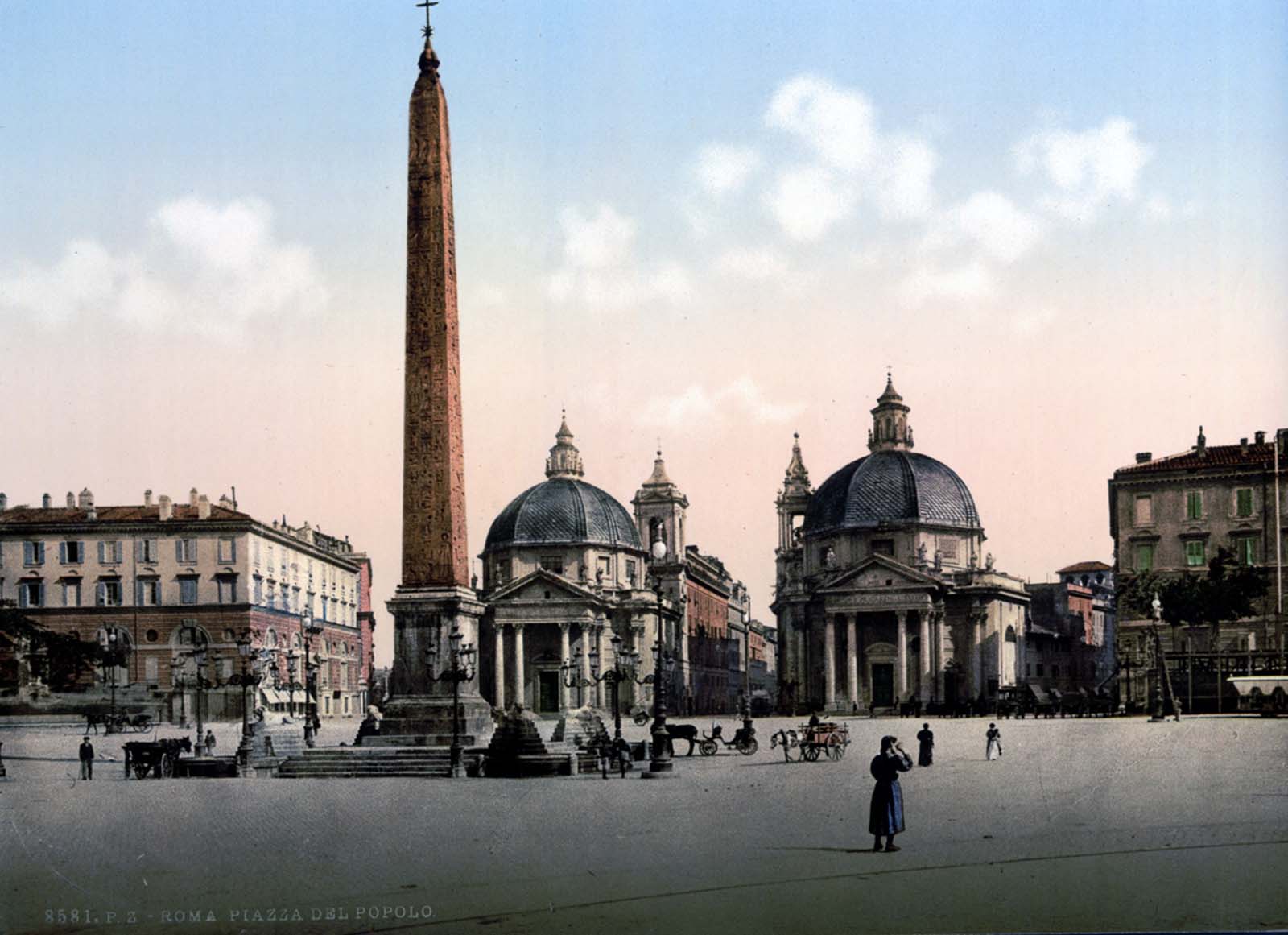 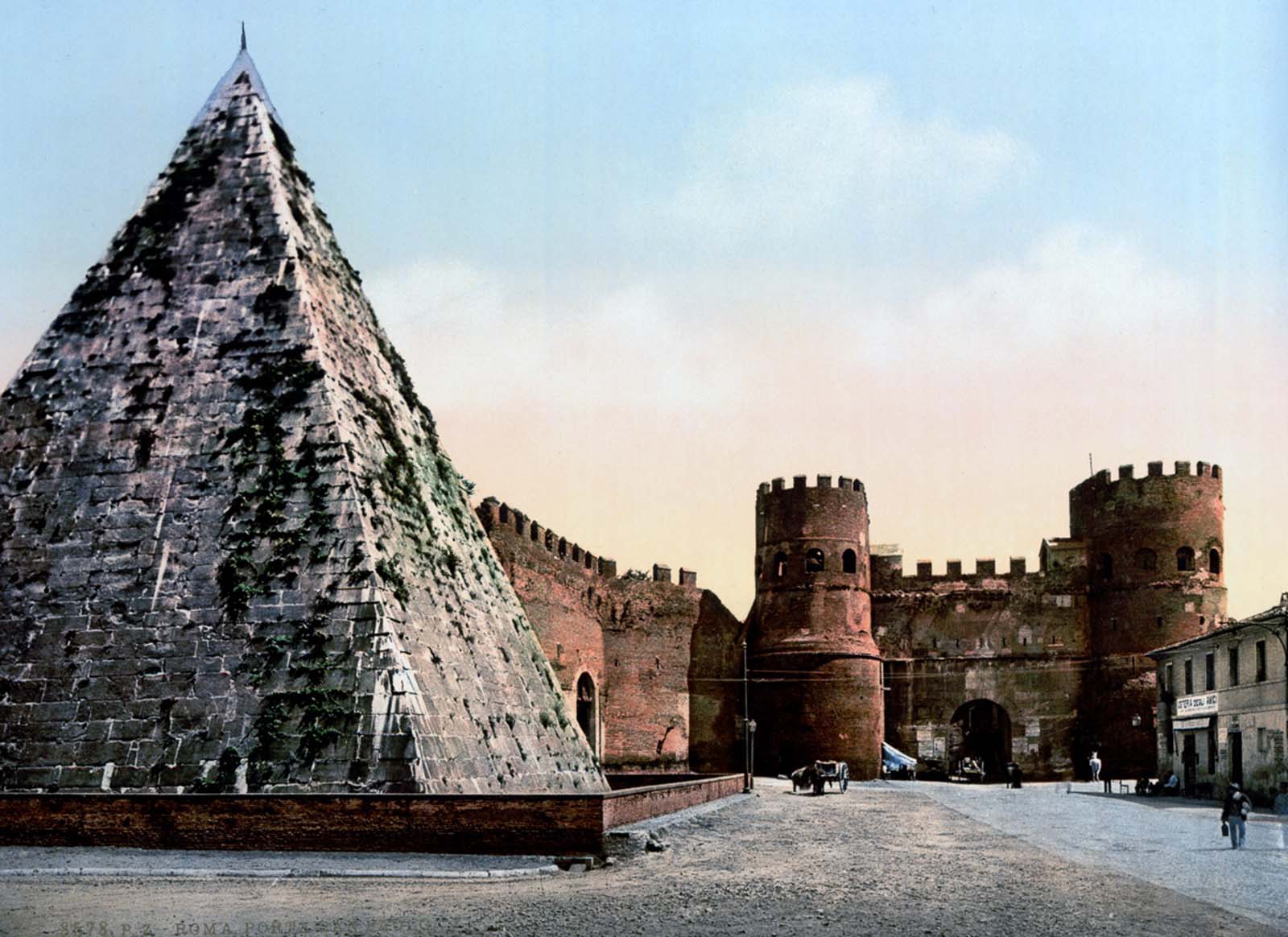 The Pyramid of Cestius at St. Paul’s Gate. 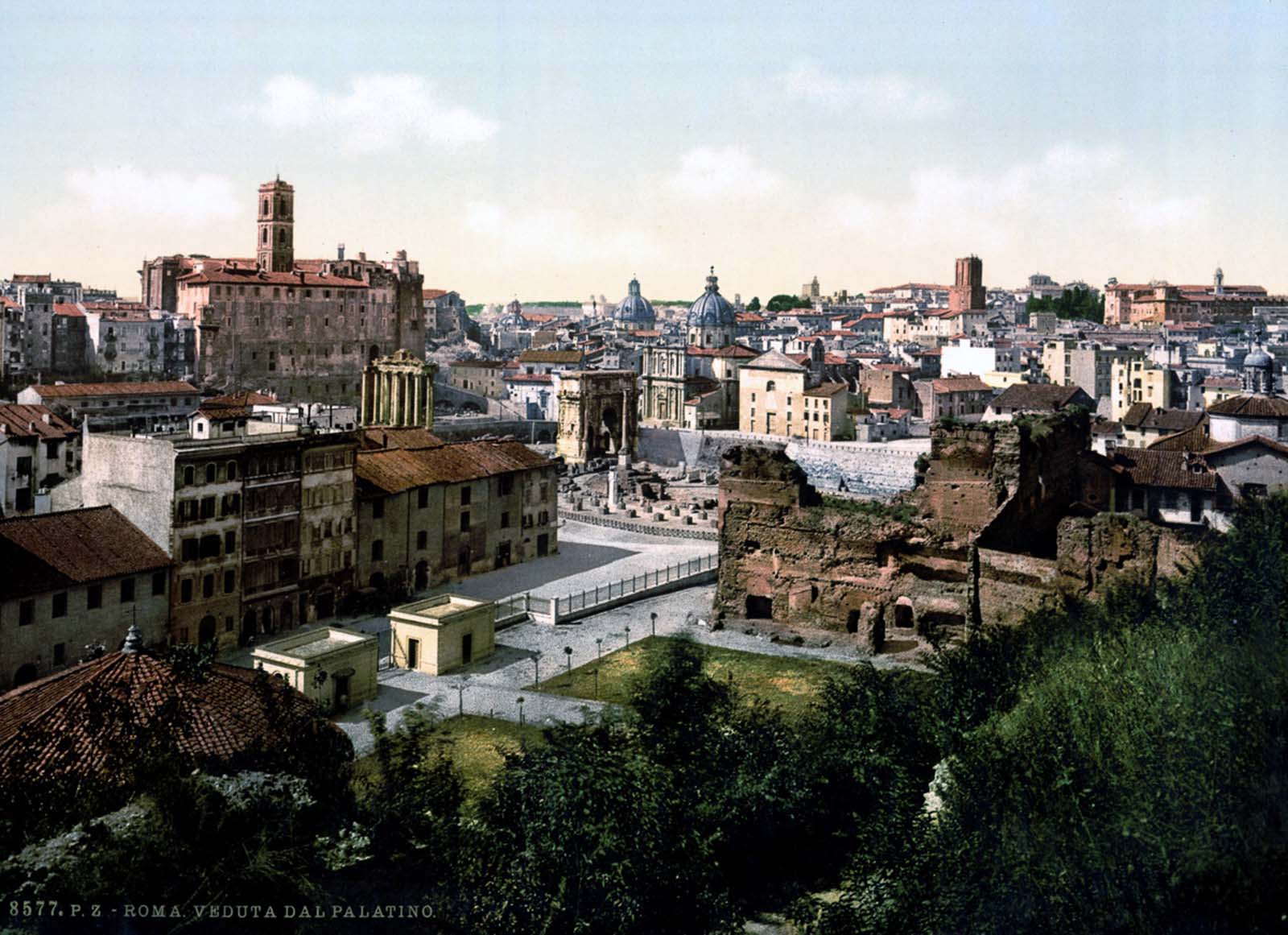 A view from the Palatine. 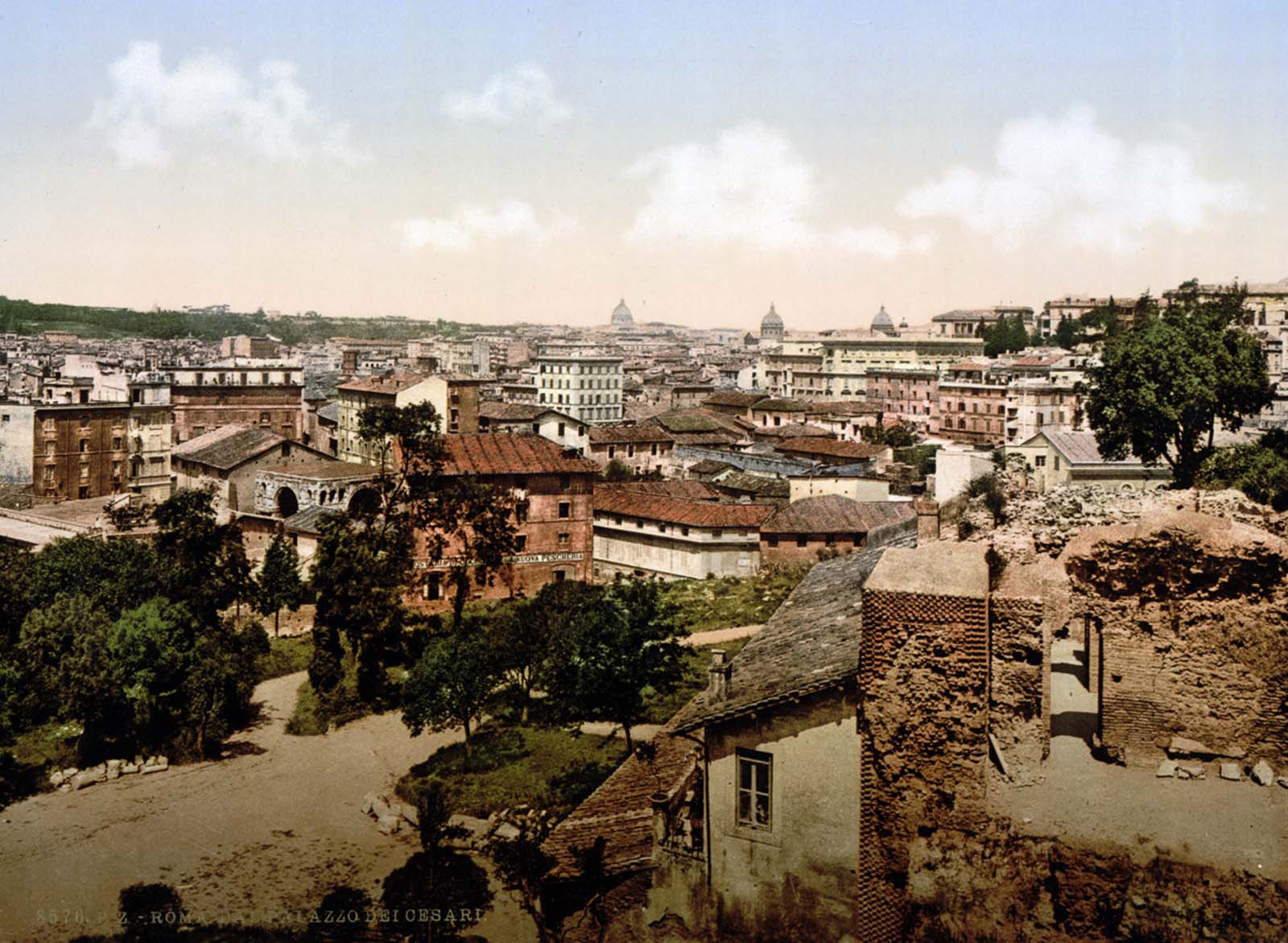 A view from the Palace of the Caesars. 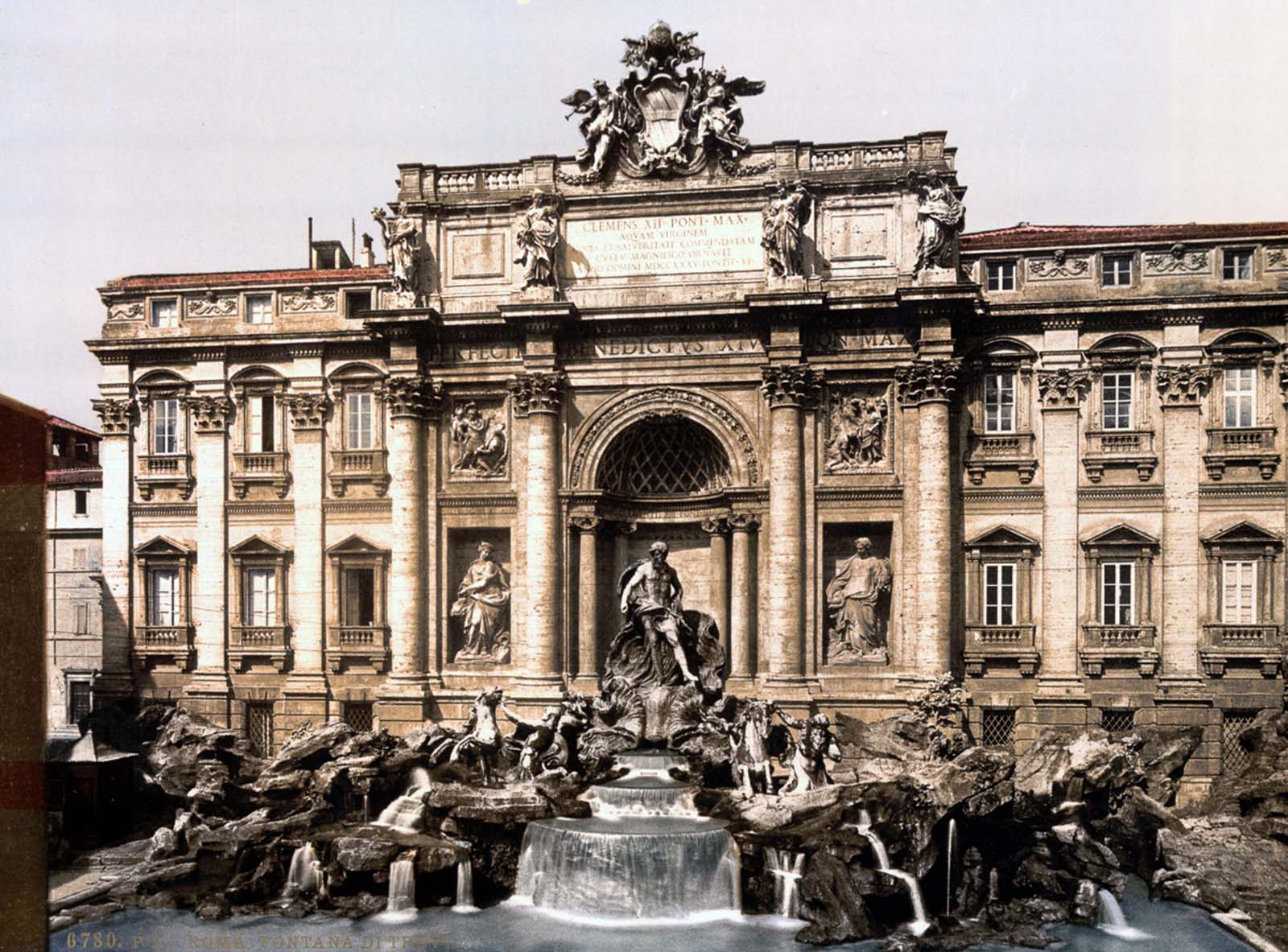 The Fountain of Trevi. 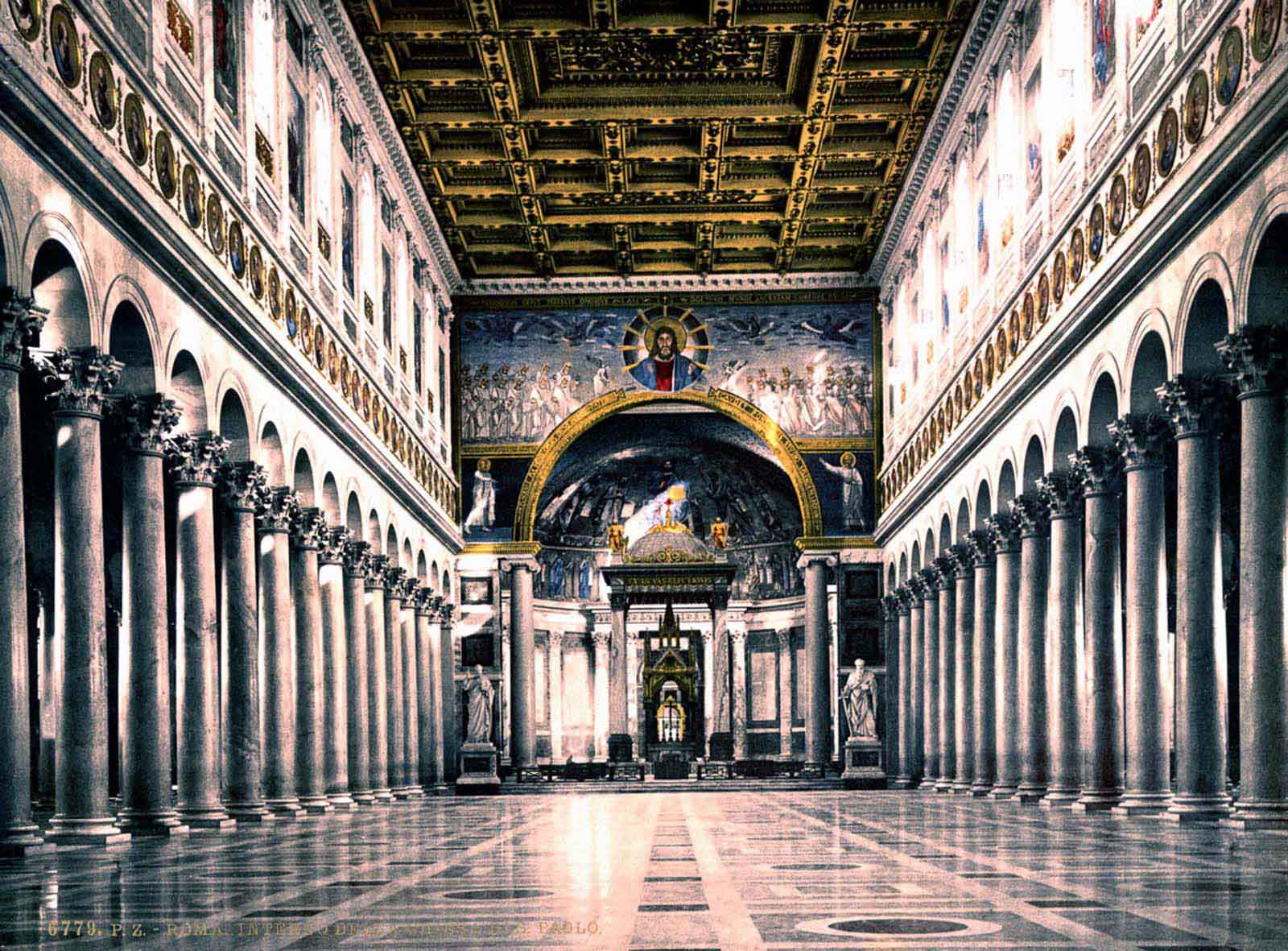 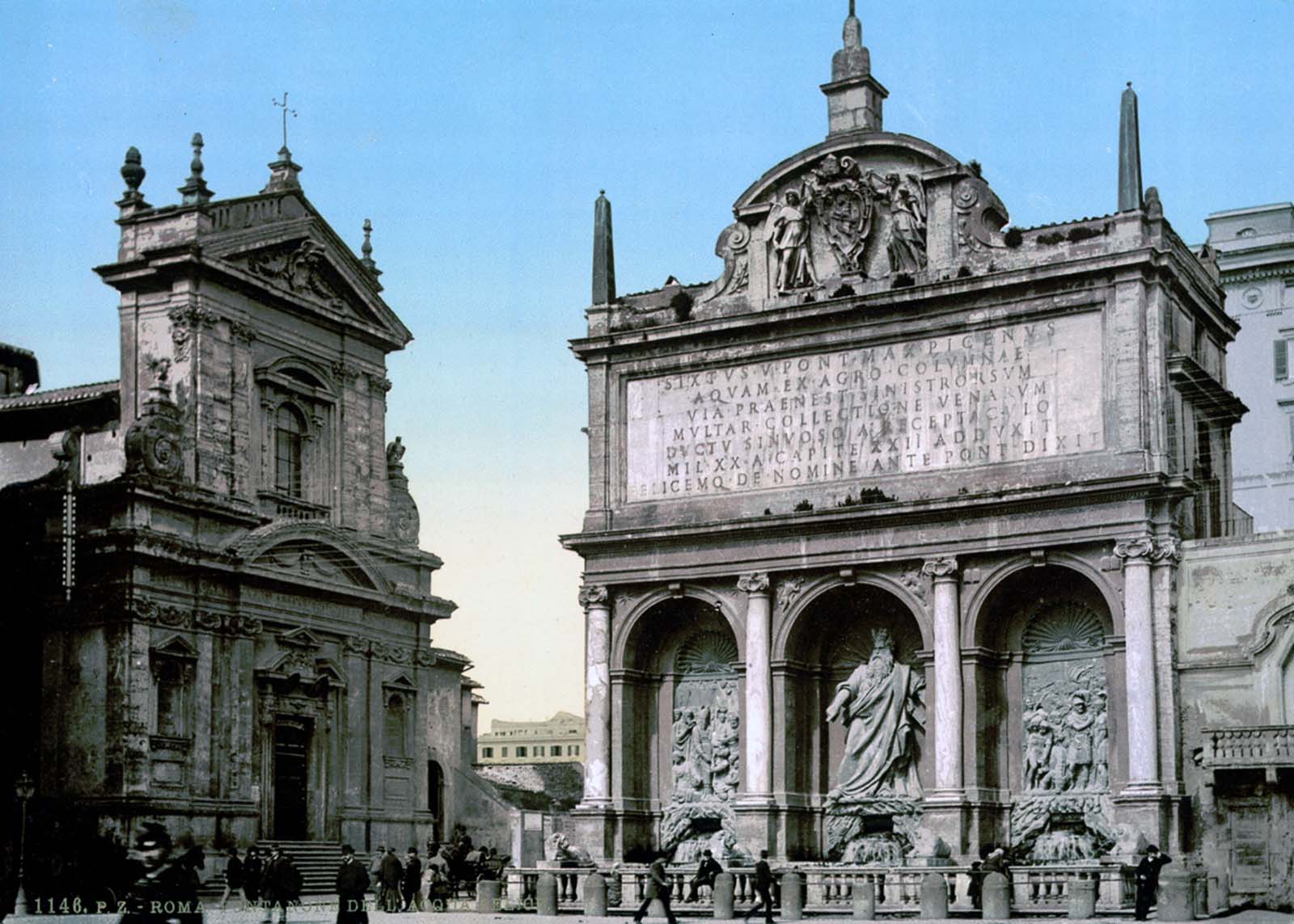 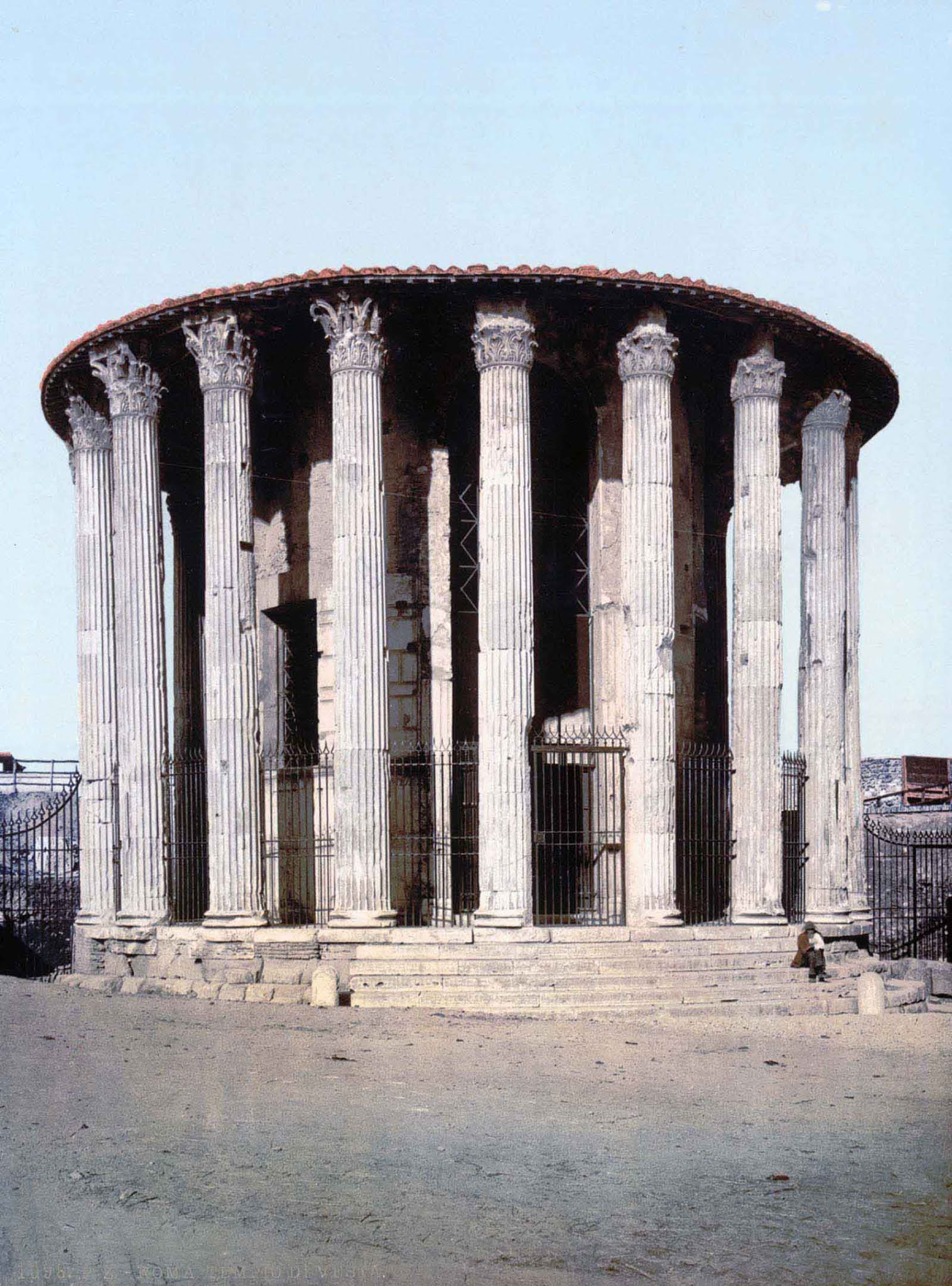 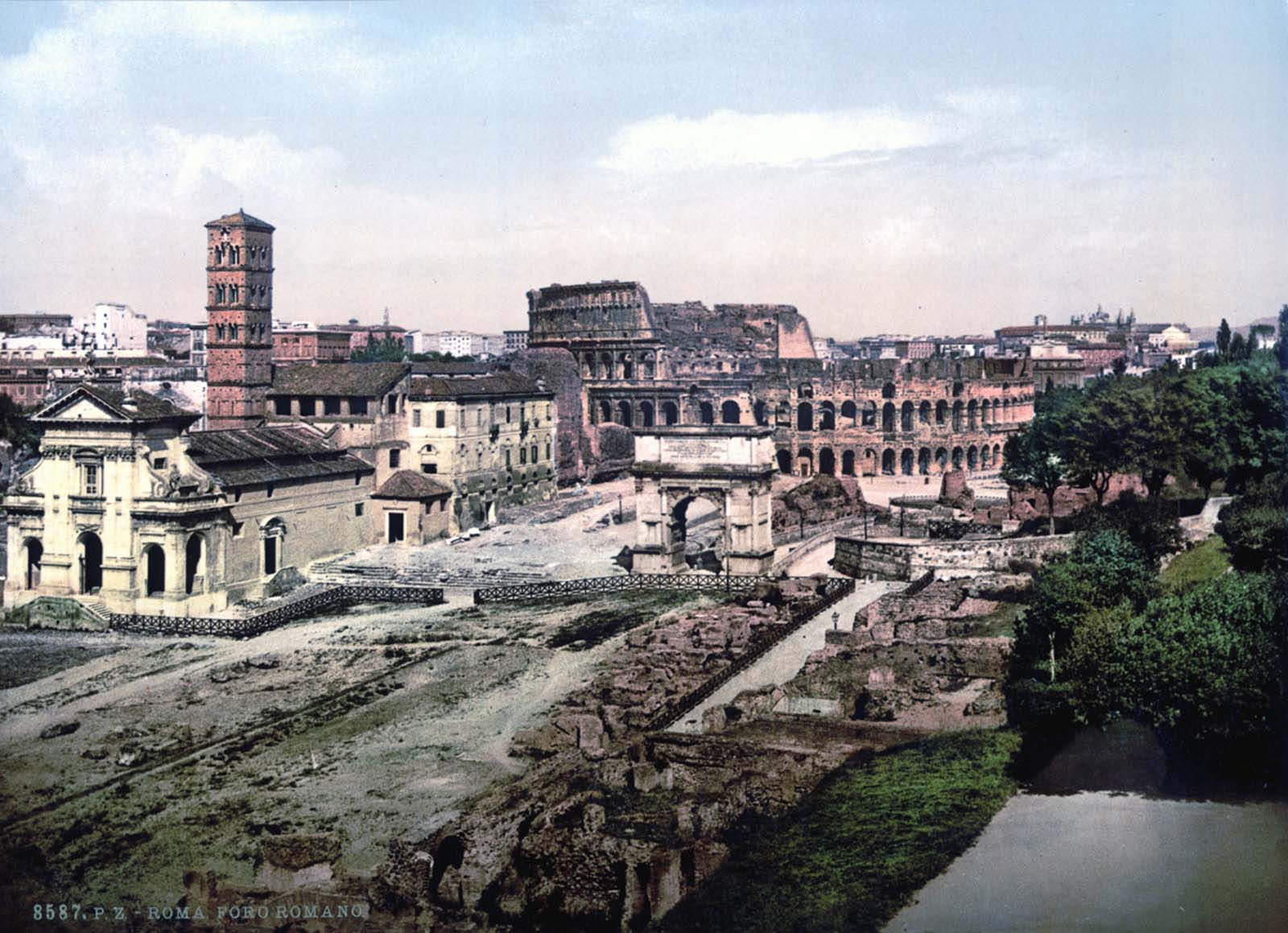 The Forum Romanum from the Palatine. 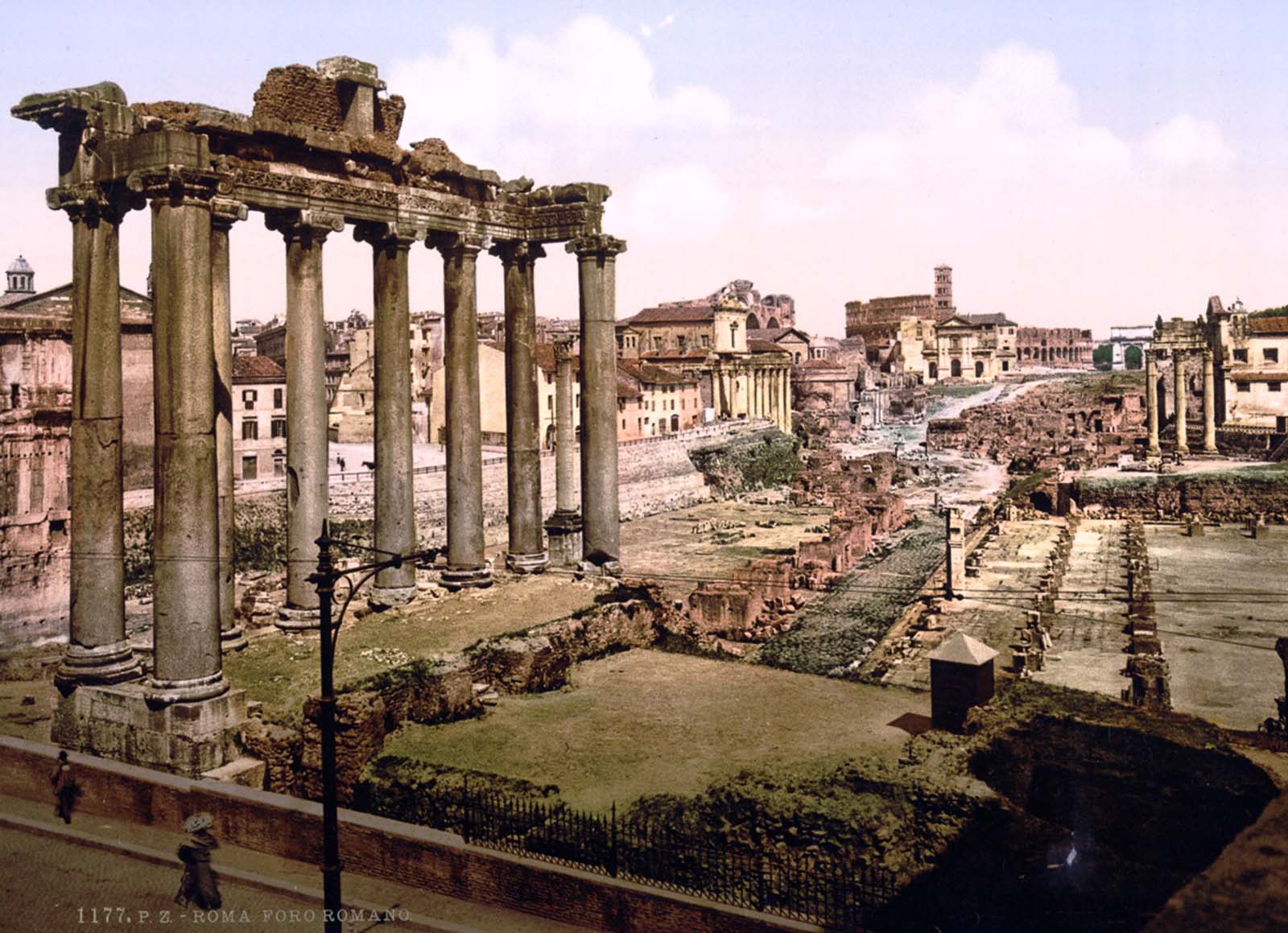 A view of the Forum. 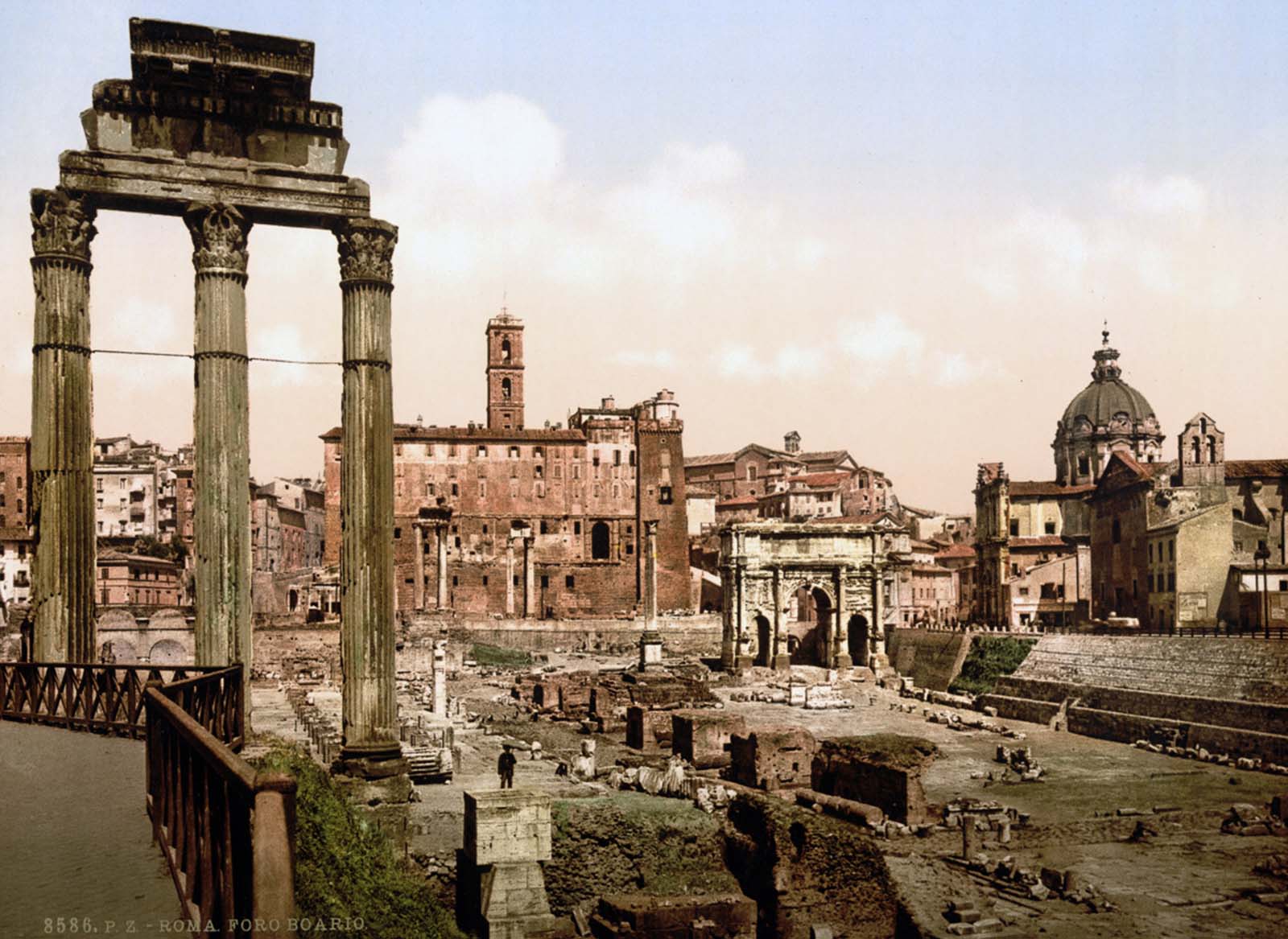 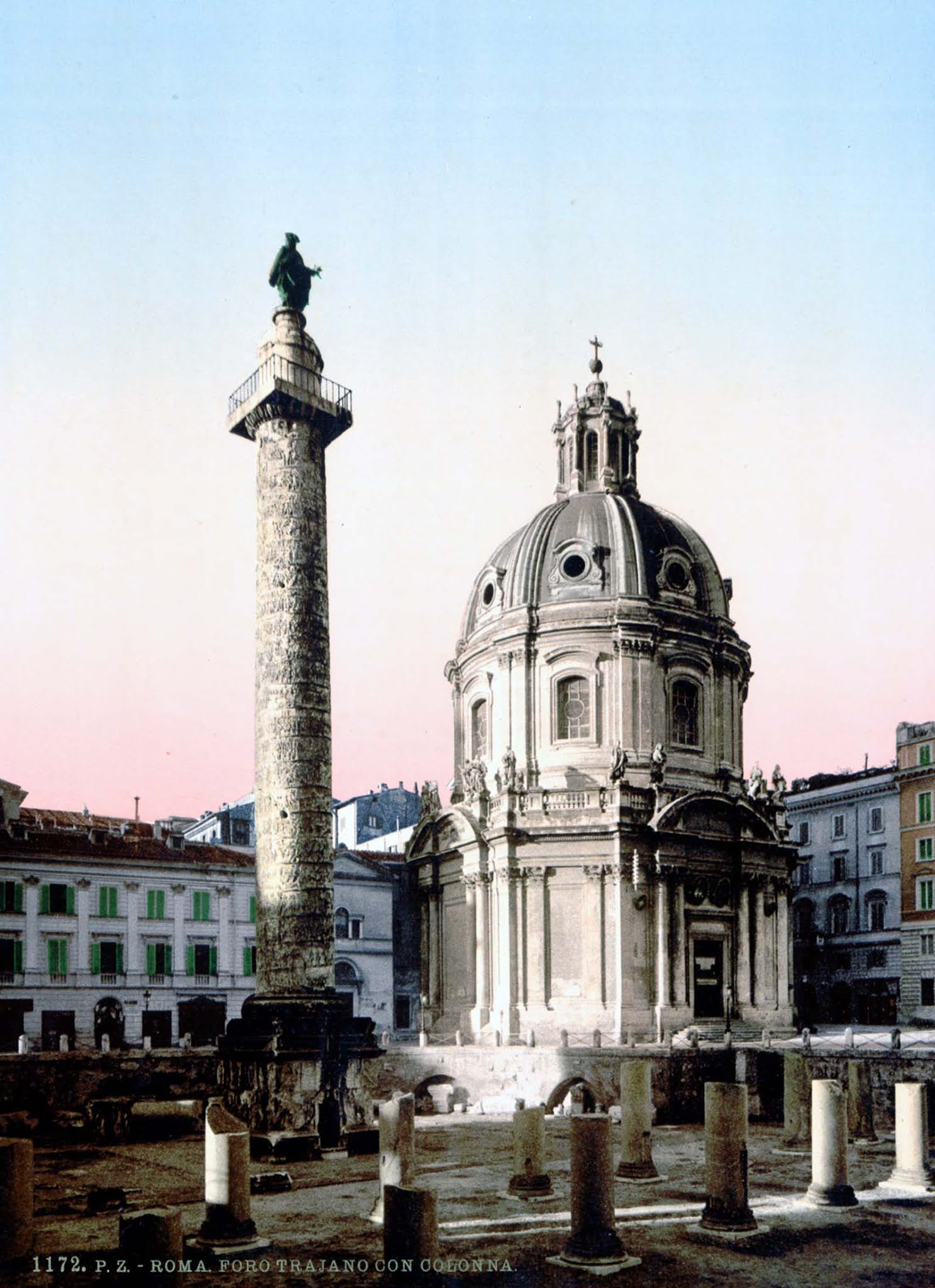 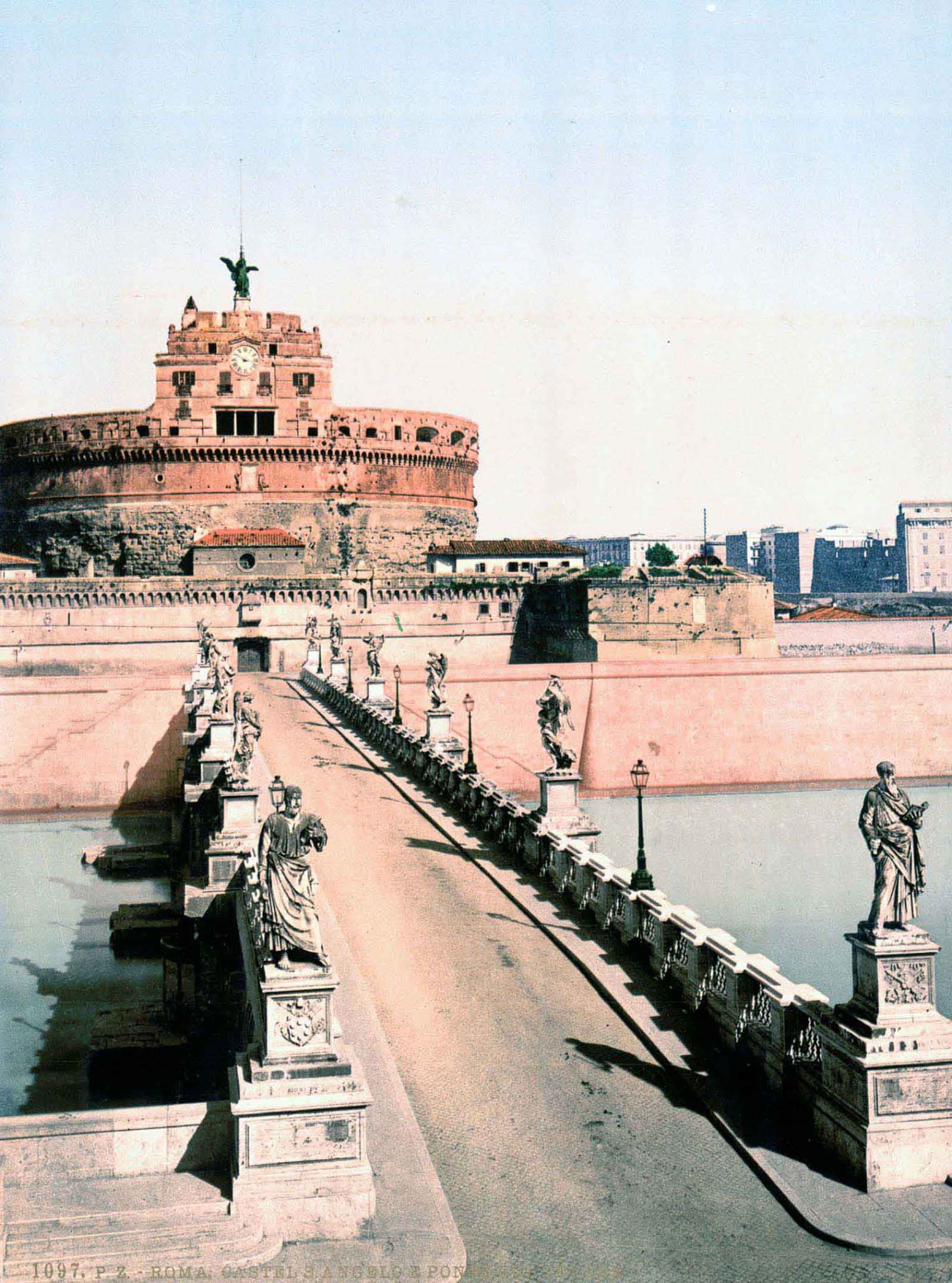 The bridge and castle of St. Angelo. 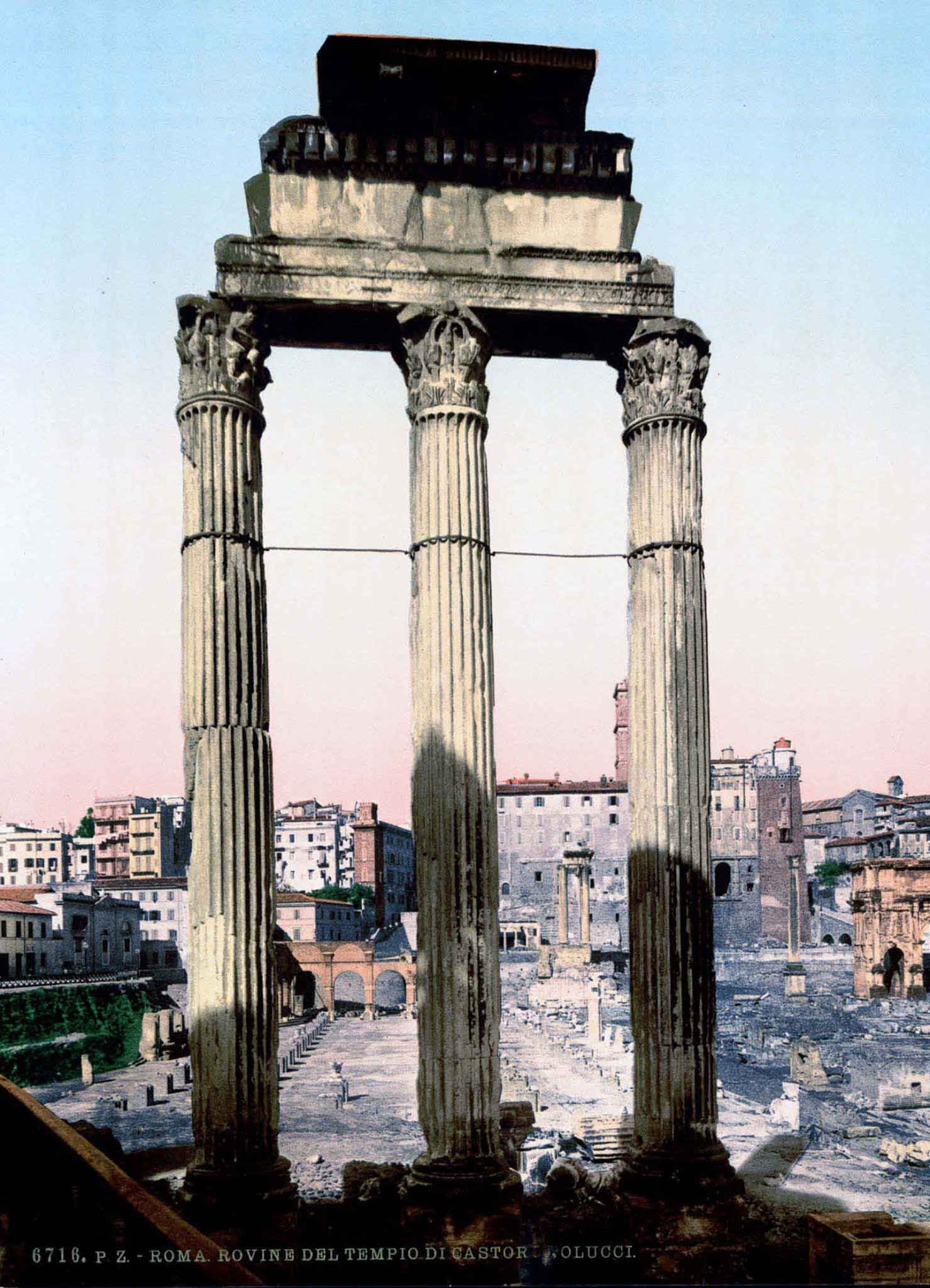 The ruins of the Temple of Castor and Pollux. 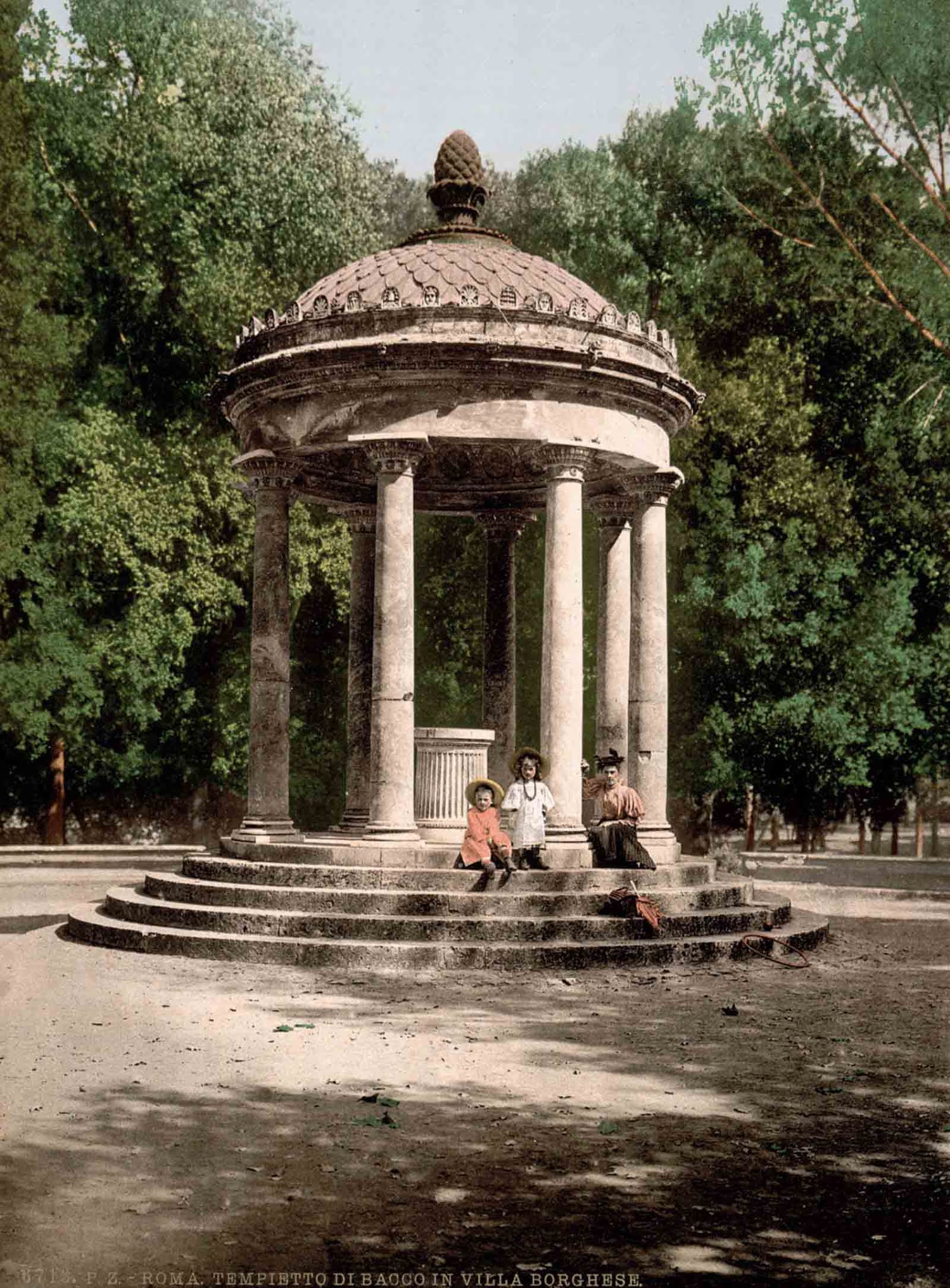 The Temple of Bosco. 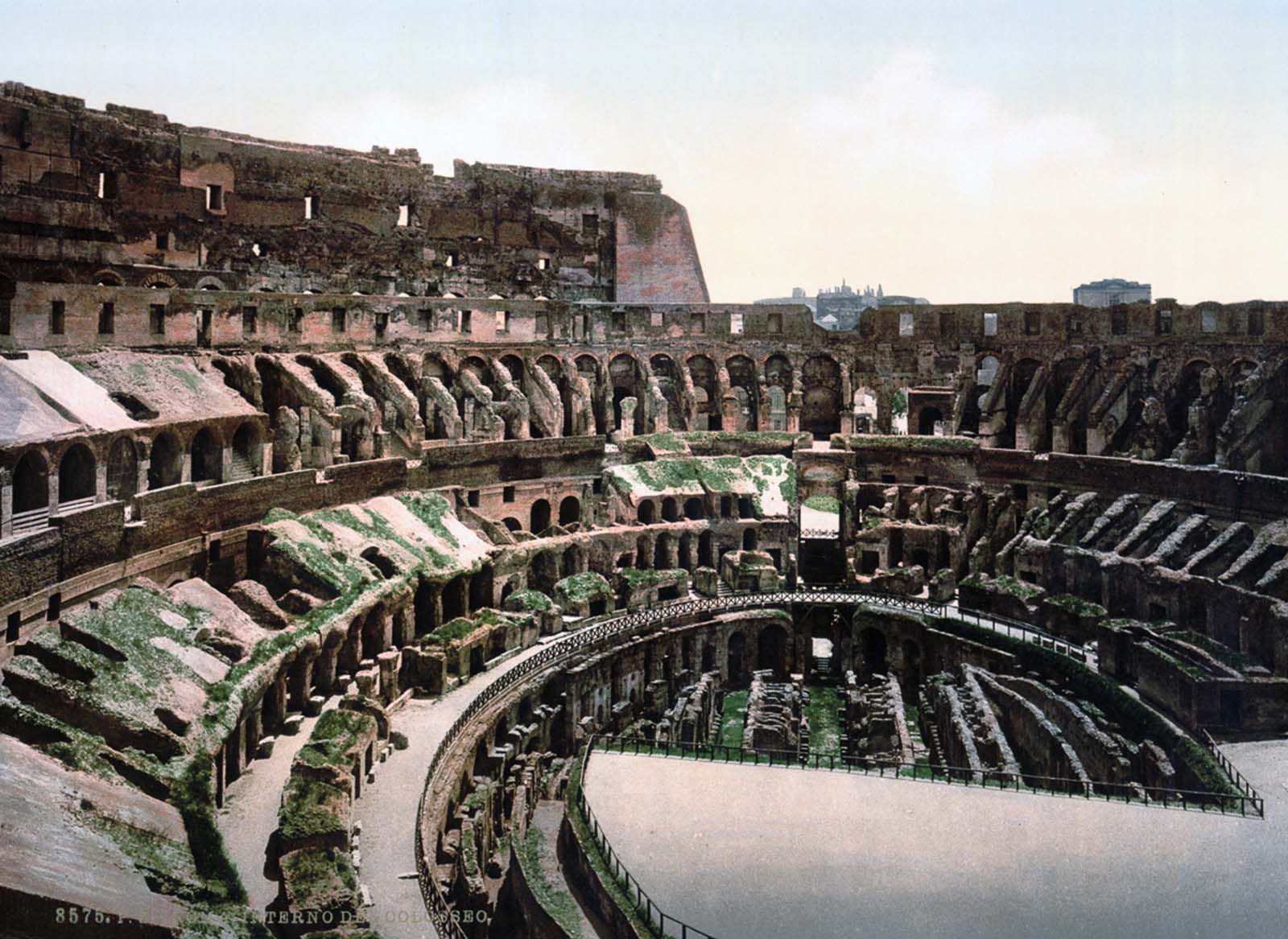 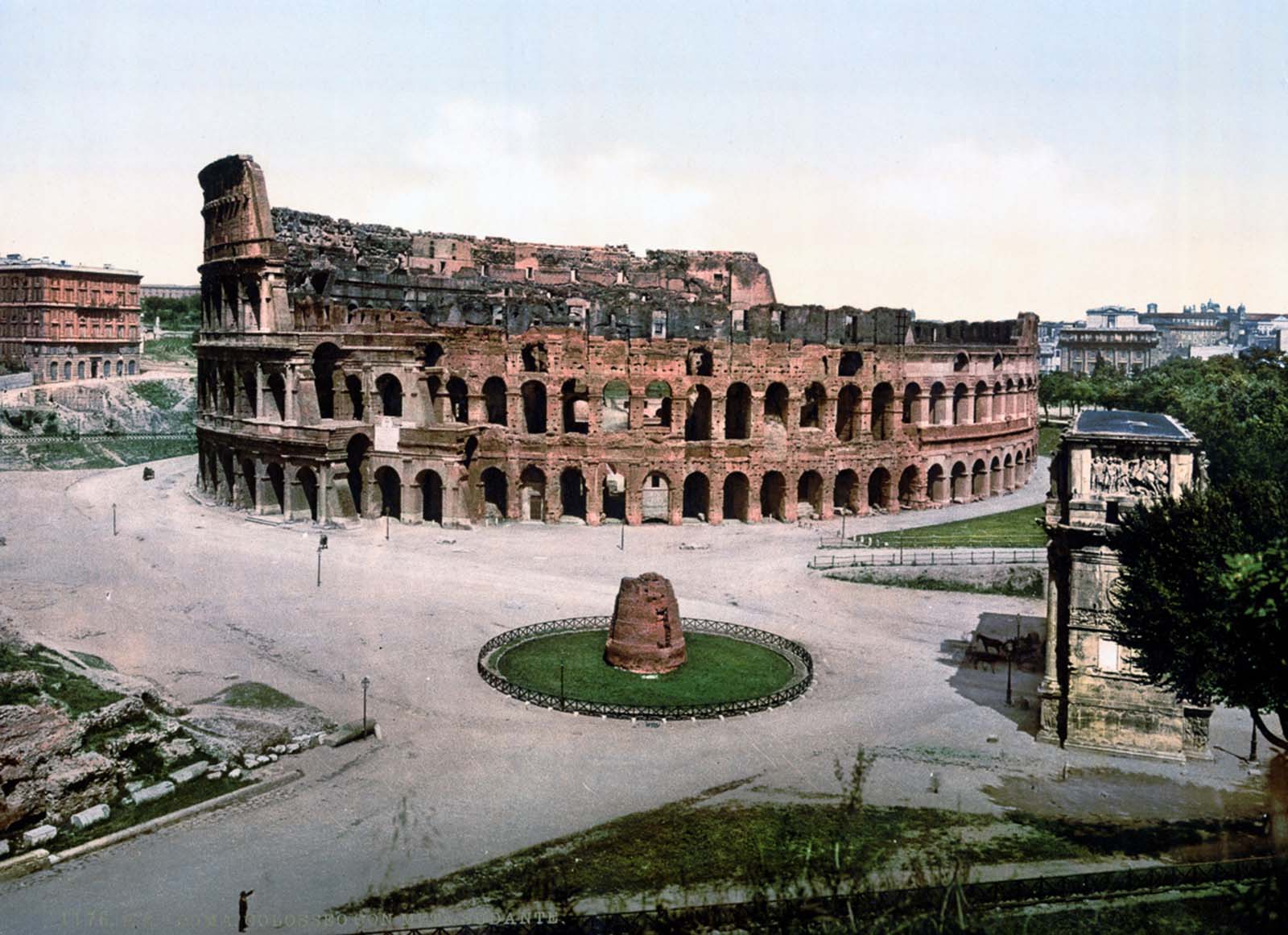 The Coliseum and Meta Sudans. 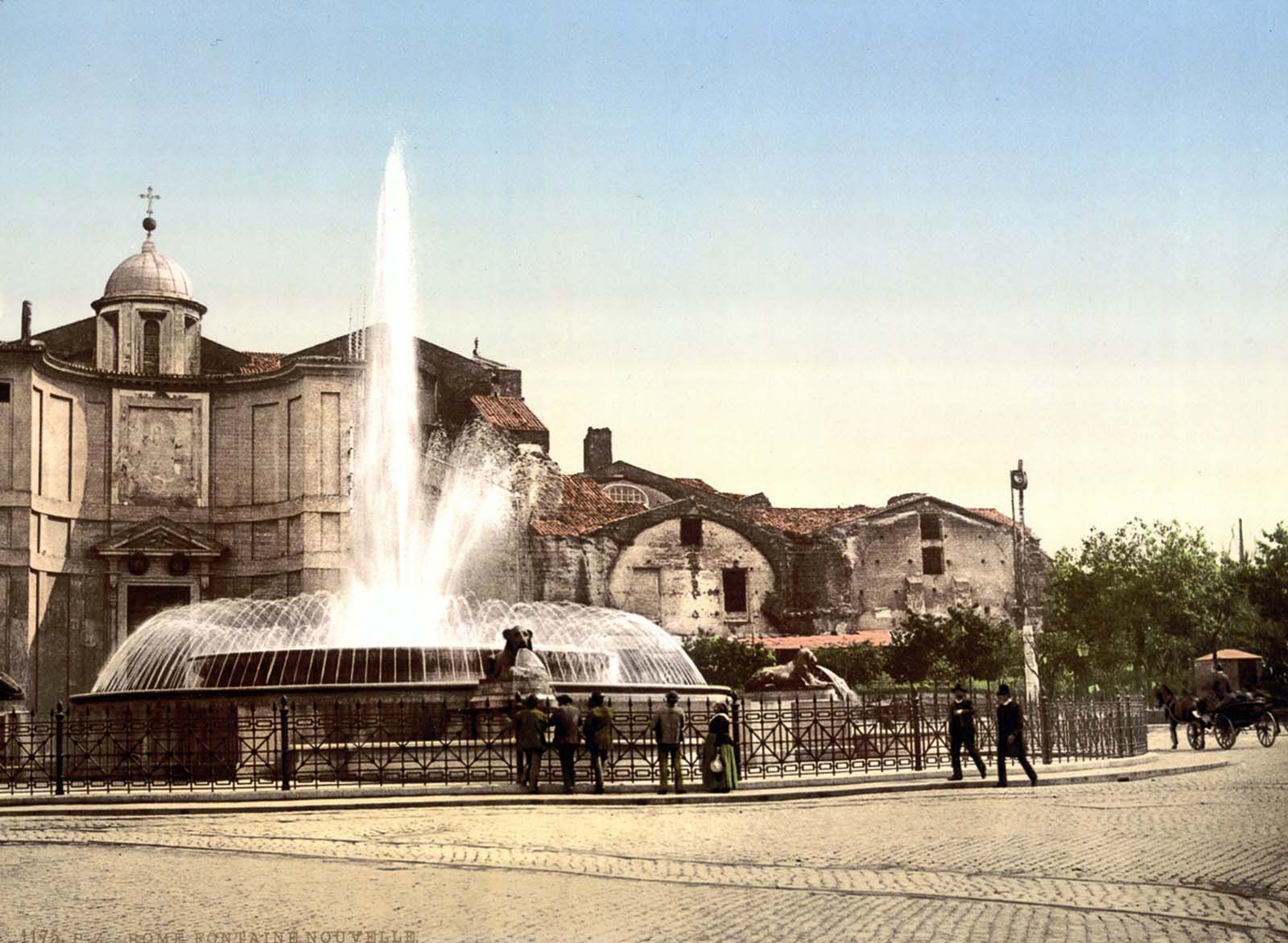 The Fountain of the Naiads in Piazza della Repubblica. 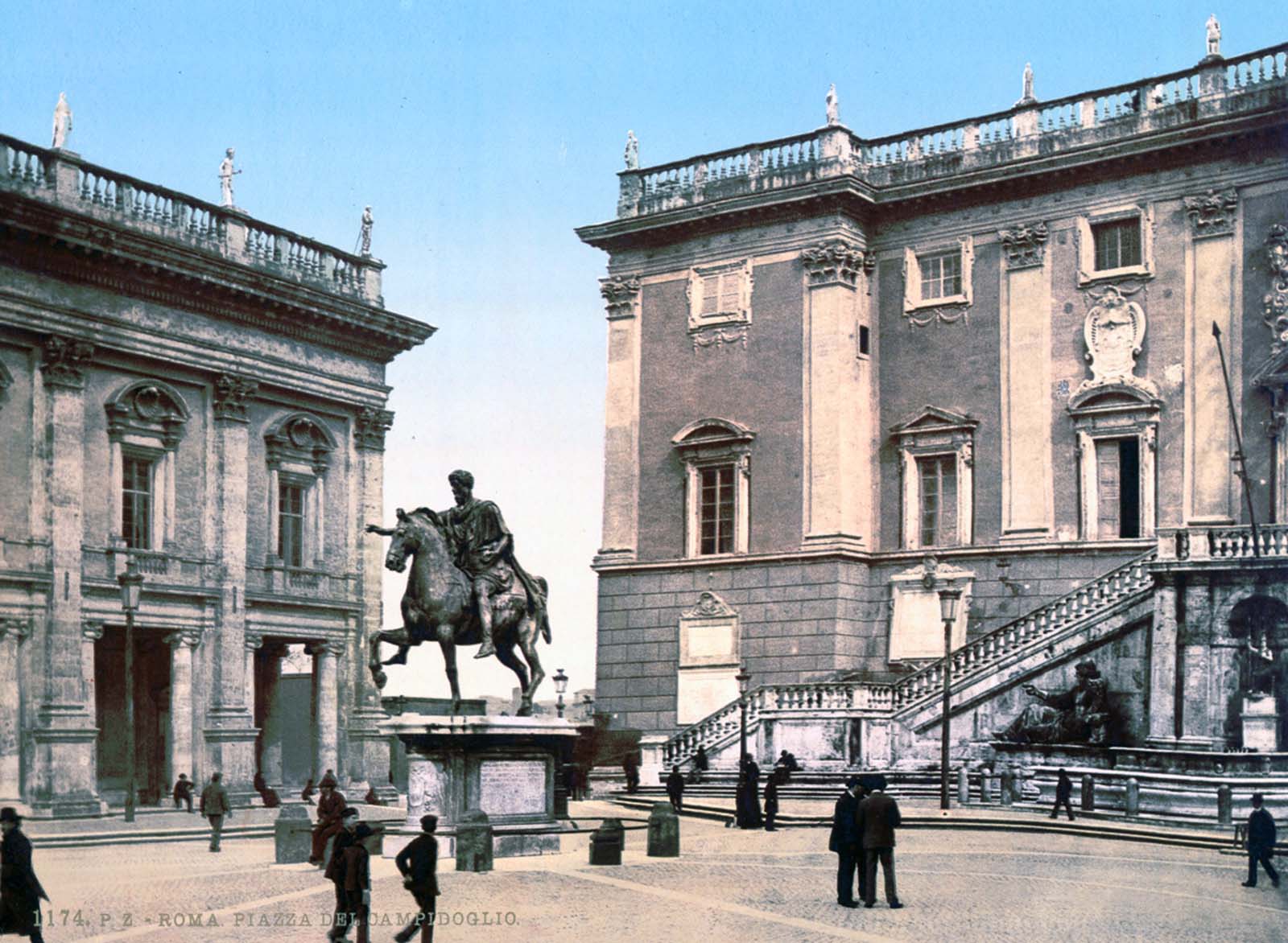 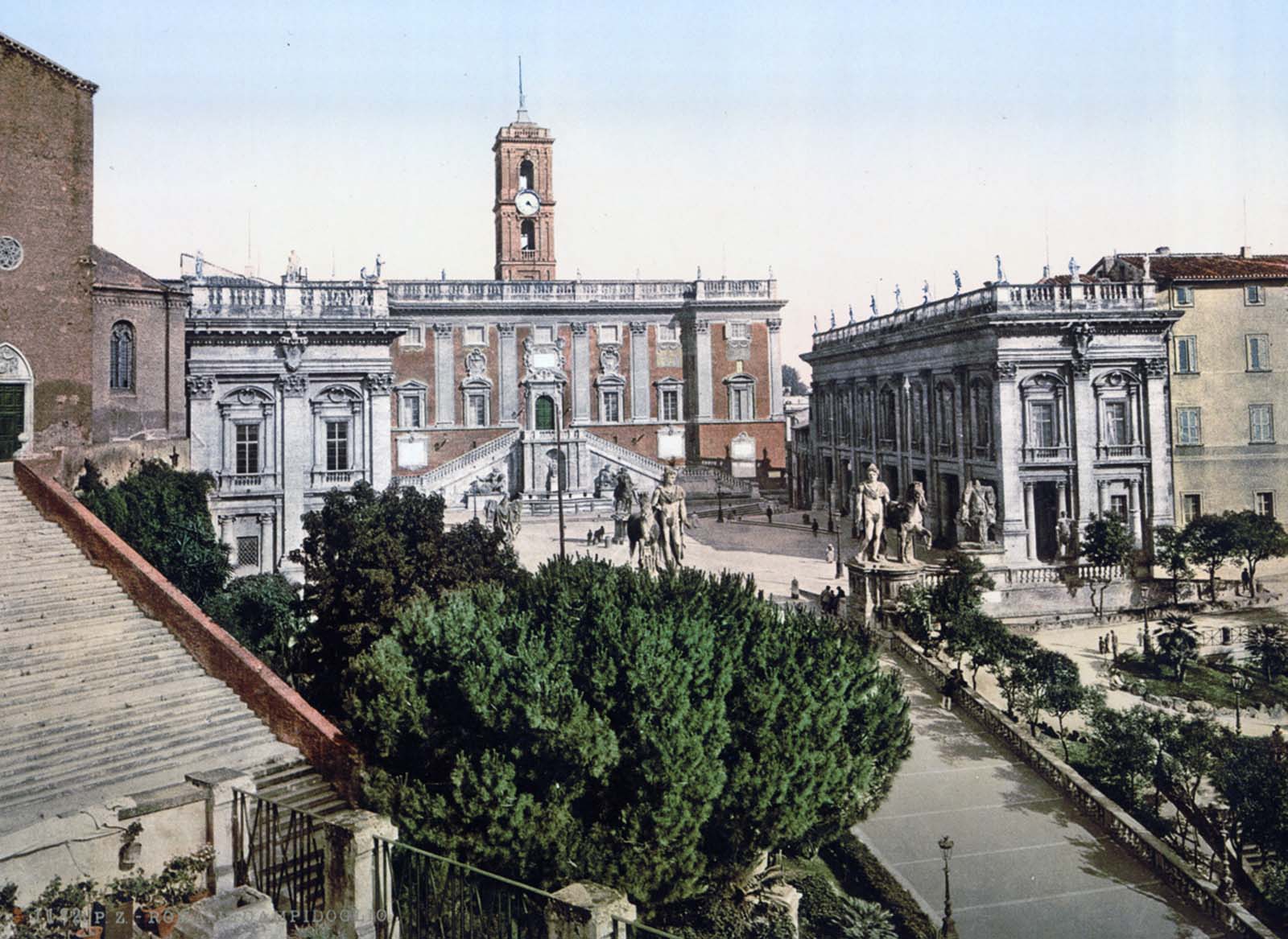 On the Capitoline hill. 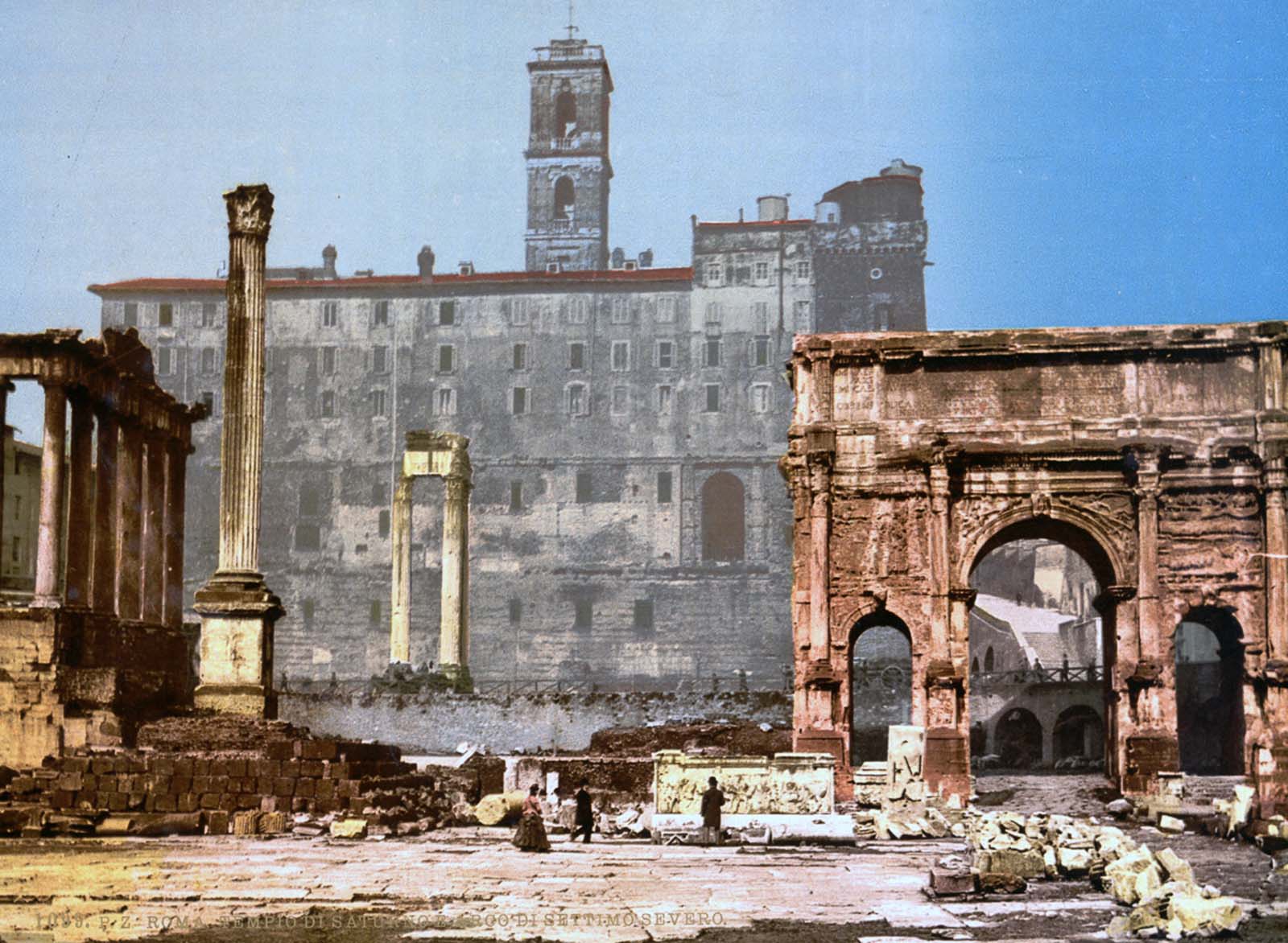 The Temple of Saturn and Triumphal Arch of Septimus Severus. 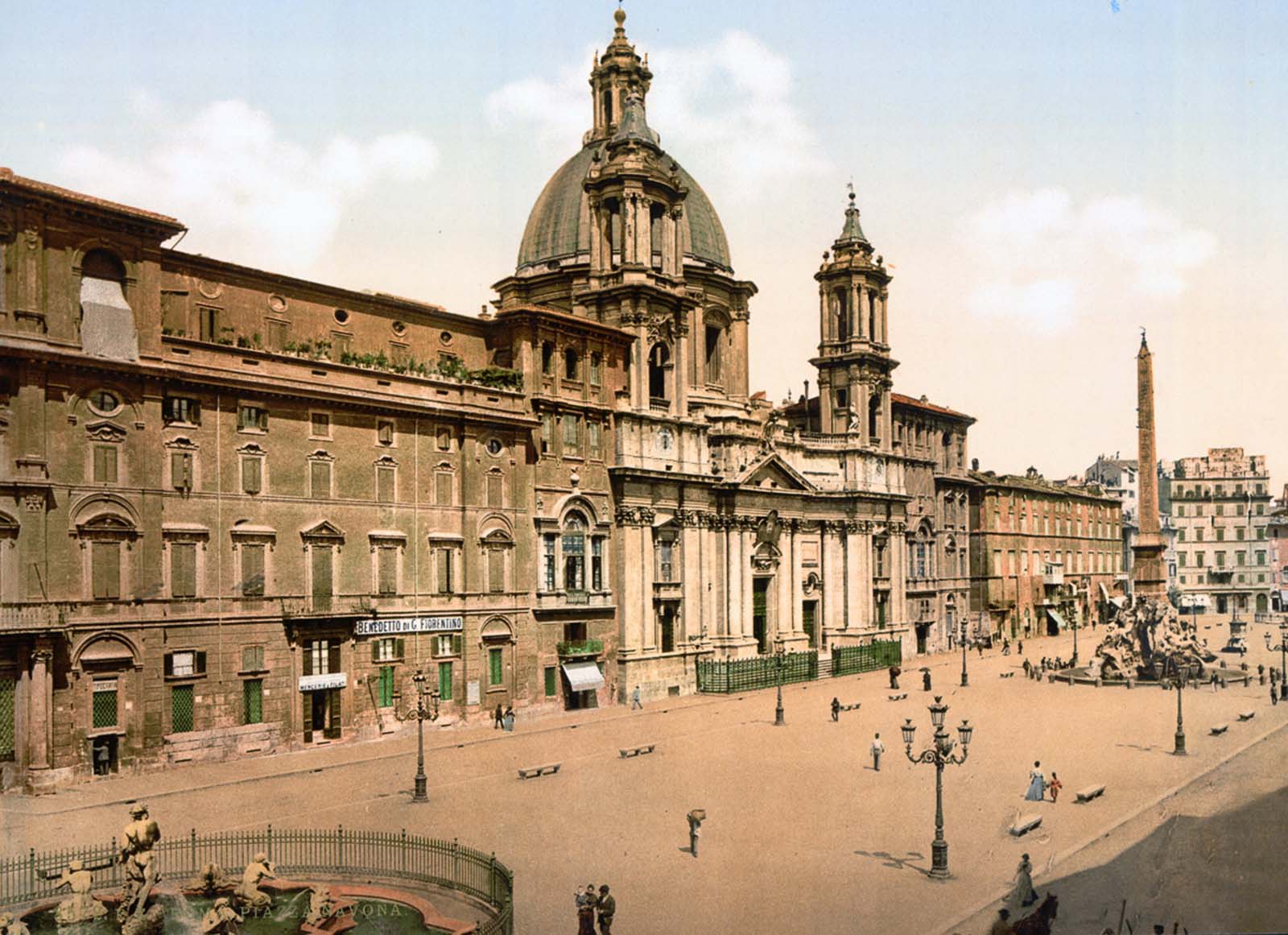 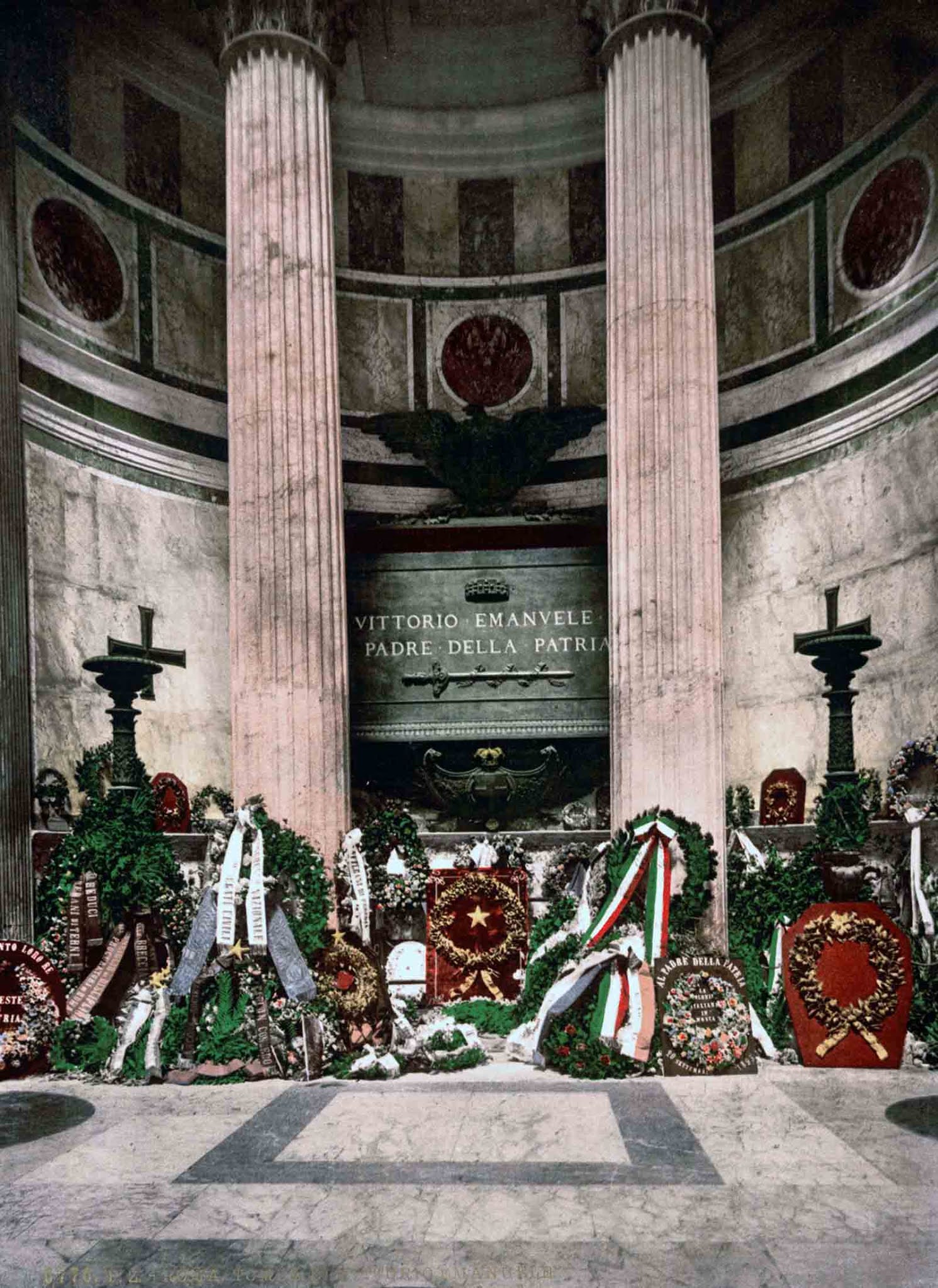 The tomb of Victor Emmanuel. 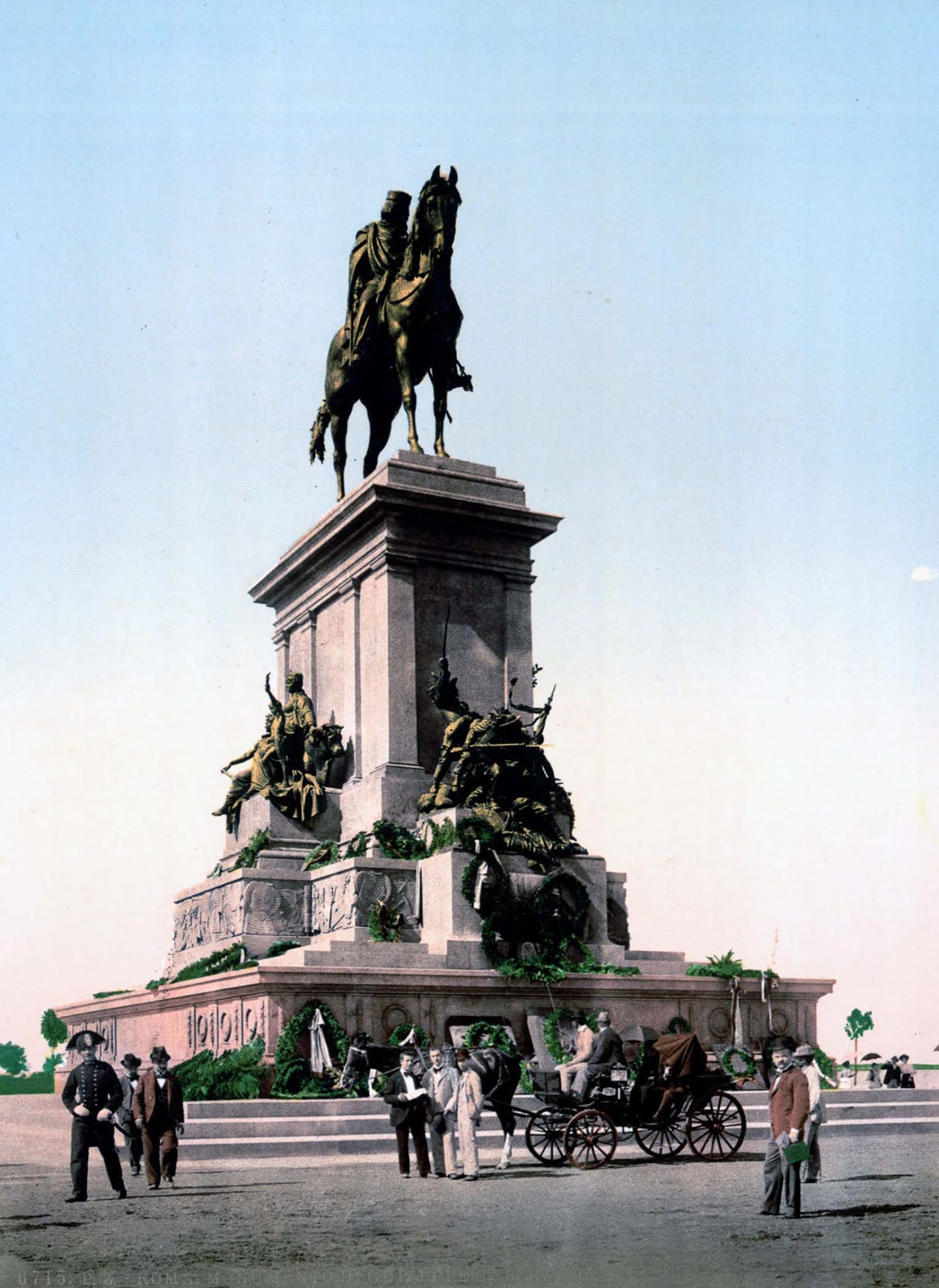