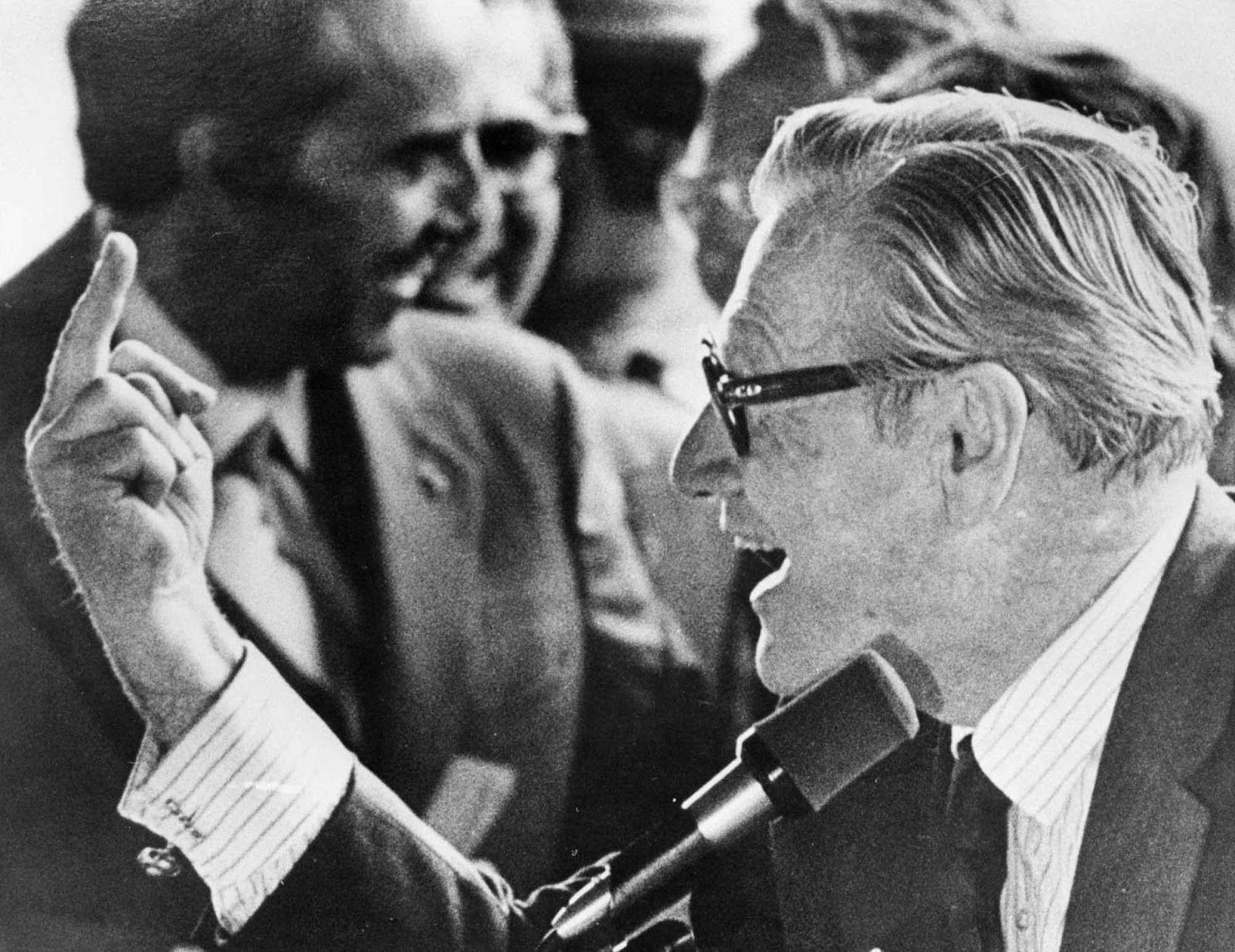 Rockefeller, then vice-president of the United States, was on a campaign swing through upstate New York on Sept. 16, 1976, with Sen. Bob Dole, who had been selected to be President Gerald Ford’s running mate for the 1976 election.

When someone in a group of heckling leftie SUNY Binghamton students gave Rockefeller the finger, Rockefeller gave it right back, much to the delight of Dole in the background.

At the time, Rockefeller’s finger flashing was scandalous and the gesture was referred to thereafter as “The Rockefeller Salute”. Rockefeller refused to apologize for his outburst

. “I was just responding in kind”, he said, neatly avoiding the point that the apology was not expected to go to the hecklers but to the general public. Bob Dole was asked by a reporter why he didn’t join Rockefeller in “the salute”. He replied, “I have trouble with my right arm”.

Rockefeller, a scion of one of America’s wealthiest families and a governor of New York, took a good deal of heat throughout his political career. Some fellow Republicans distrusted him as too liberal; Democrats distrusted him because he was a Republican. In his time, liberals in the Republican Party were called “Rockefeller Republicans”.

After unsuccessfully seeking the Republican presidential nomination in 1960, 1964, and 1968, he served as Vice President from 1974 to 1977 under President Gerald R. Ford.

Ford ascended to the presidency following the August 1974 resignation of Richard Nixon over the Watergate Scandal, and Ford selected Rockefeller as his replacement, only the second vice president to be appointed under the provisions of the 25th Amendment, Ford having been the first. However, Rockefeller did not join the 1976 Republican national ticket with President Ford, marking his retirement from politics.