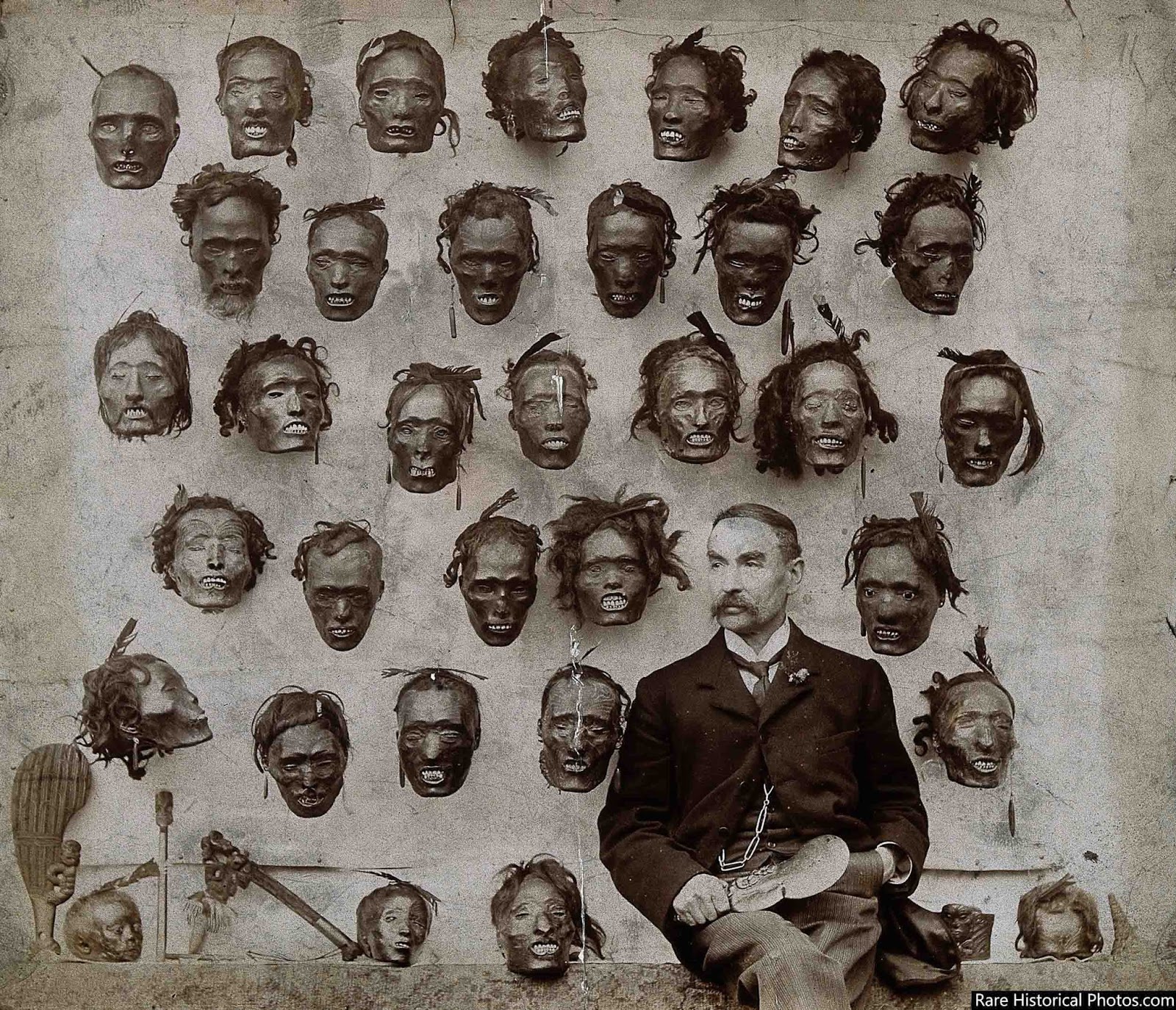 Major-General Horatio Gordon Robley was a British army officer and artist who served in New Zealand during the New Zealand land wars in the 1860s. He was interested in ethnology and fascinated by the art of tattooing as well as being a talented illustrator. He wrote the book Maori Tattooing which was published in 1896.

After he returned to England he built up a notable collection of 35 mokomokai (Maori tattooed heads). In 1908 he offered them to the New Zealand Government for £1,000; his offer, however, was refused. Later, with the exception of five heads, the collection was purchased by the Natural History Museum, New York, for £1,250.

Moko facial tattoos were traditional in Māori culture until about the mid 19th century when their use began to disappear, although there has been something of a revival from the late 20th century. In pre-European Māori culture, they denoted high social status.

There were generally only men that had full facial moko, though high-ranked women often had moko on their lips and chins. Moko tattoos served as identifying connection between an individual and their ancestors.

When someone with moko died, often the head would be preserved. The brain and eyes were removed, with all orifices sealed with flax fiber and gum.

he head was then boiled or steamed in an oven before being smoked over an open fire and dried in the sun for several days. It was then treated with shark oil. Such preserved heads, called mokomokai, would be kept by their families in ornately-carved boxes and brought out only for sacred ceremonies.

The heads of enemy chiefs killed in battle were also preserved; these mokomokai, being considered trophies of war, would be displayed on the marae and mocked. They were important in diplomatic negotiations between warring tribes, with the return and exchange of mokomokai being an essential precondition for peace. 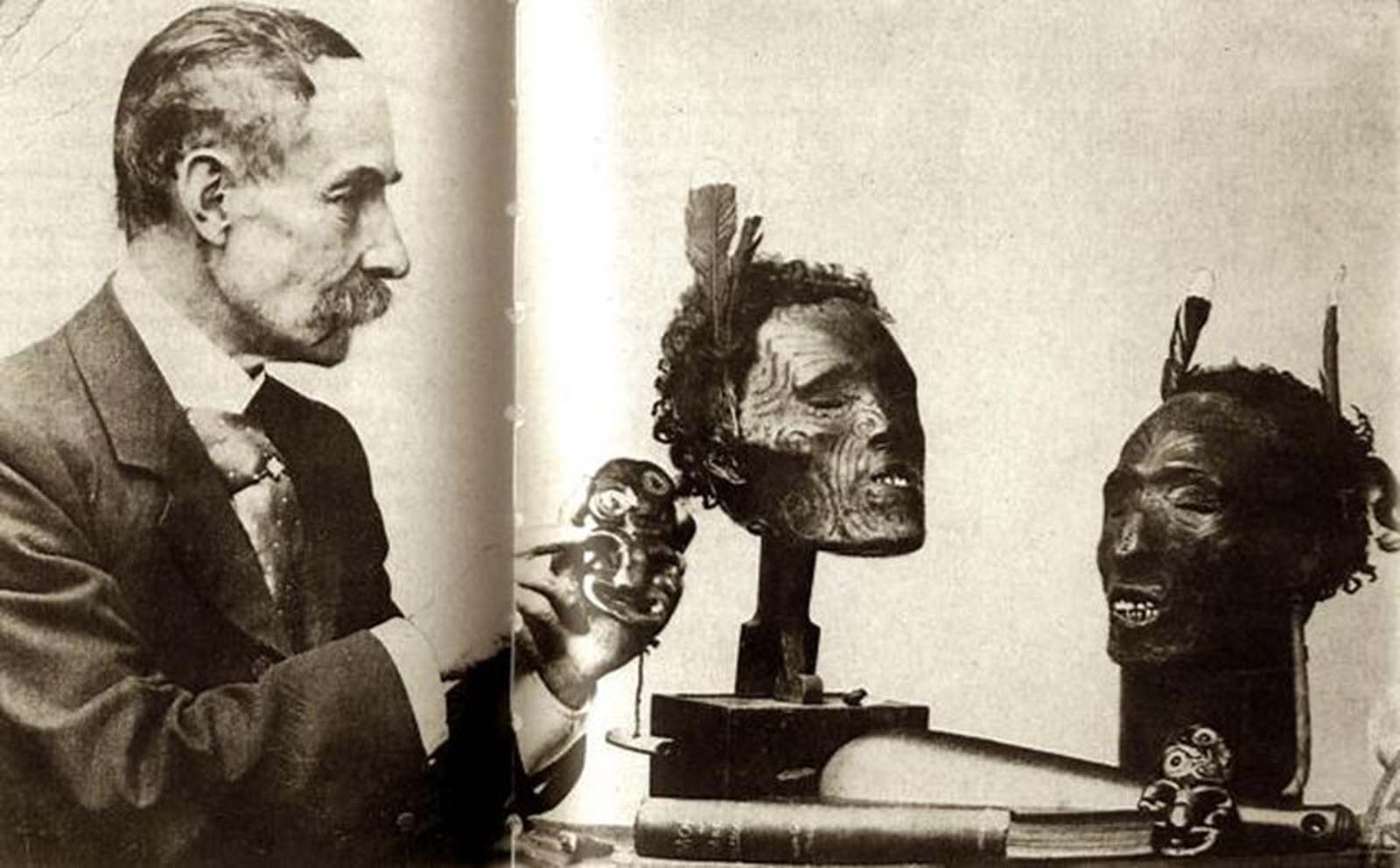 Continuing with writing after his retirement, he returned to his interest in tattoos and wrote two books relating to his time in New Zealand, Moko or Maori Tattooing in 1896 and Pounamu: Notes on New Zealand Greenstone.

In the early 19th century, with the arrival of Europeans in New Zealand, tribes in contact with European sailors, traders, and settlers had access to firearms, giving them a military advantage over their neighbors. This gave rise to the Musket Wars, when other tribes became desperate to acquire firearms too, if only to defend themselves.

It was during this period of social destabilization that mokomokai became commercial trade items that could be sold as curios, artworks and as museum specimens that fetched high prices in Europe and America, and which could be bartered for firearms and ammunition.

The demand for firearms was such that tribes carried out raids on their neighbors to acquire more heads to trade for them. They also tattooed slaves and prisoners (though with meaningless motifs rather than genuine moko) in order to provide heads to order.

The peak years of the trade in mokomokai were from 1820 to 1831 (after that the demand for firearms diminished because of market saturation).