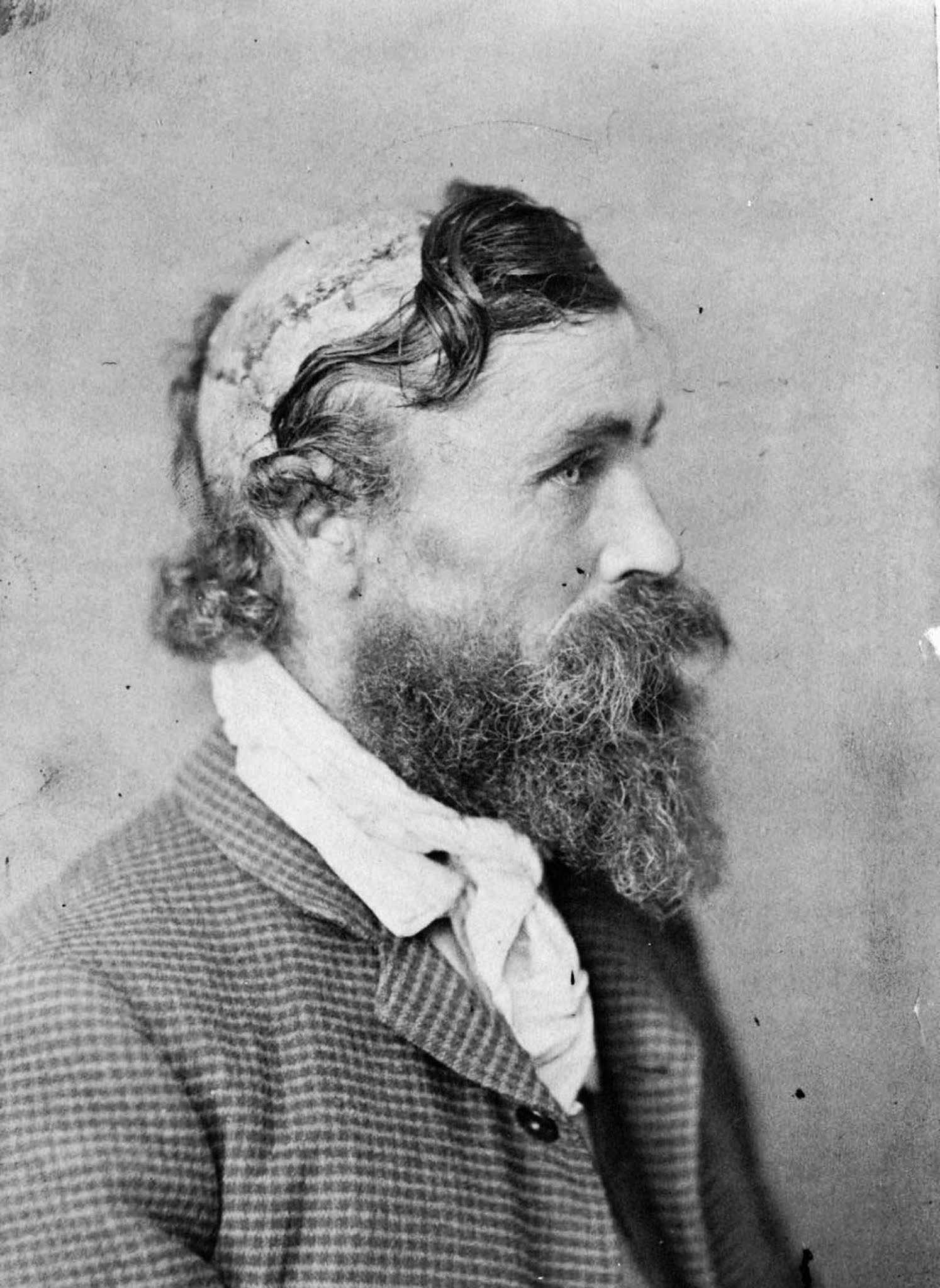 Robert McGee is one of the few people in American frontier history to survive having his flesh ripped from his skull. In 1890, photographer E.E. Henry took this rare photograph of Robert McGee displaying his scalping scars. This is the story of how Robert McGee was scalped in the summer of 1864 by Sioux Indian warriors and lived to tell the tale.

In 1864, 14-year-old Robert McGee and his family decided to migrate west, as was the custom of many emigrants of the day, to seek a better life on the American Frontier. The family joined a wagon train heading to Leavenworth, Kansas. Somewhere on the trail, Robert’s parents died, and he became an orphan.

Once in Fort Leavenworth in Kansas, Robert applied to join the army, but he was not accepted, because he was too young. Desperate for work, Robert took a job with a freight company to take supplies to Fort Union in New Mexico.

In the summer of 1864, the freight company had a wagon train leave Fort Leavenworth bound for Fort Union, and Robert was one of the teamsters working on this wagon train. Because of the dangers on the trail, the wagon train had a US army escort.

Despite several skirmishes with Indians, the wagons traveled roughly 16 miles per day. On July 18, flagging from the heat, the pioneers made camp near Walnut Creek, not far from Fort Zarah near present-day Great Bend, Kansas.

With a fort so close, the teamsters and their escort became lax about security, and they ended up camping about a mile from their army escort. 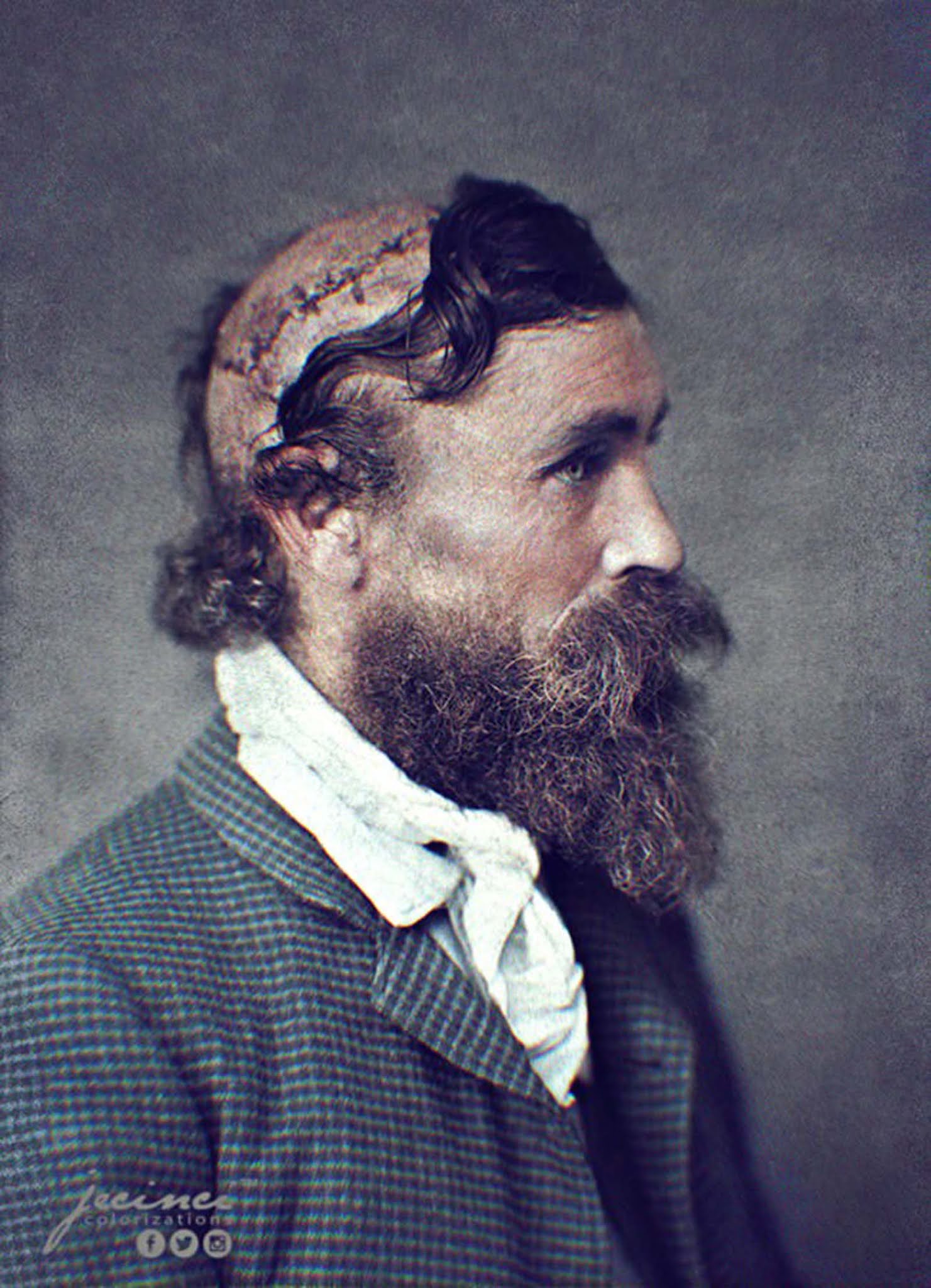 Colorized version of the original photo. (Colorized by Jecinci).

At about 5 in the afternoon, the camp was attacked by 150 Sioux allegedly under the command of the chief Little Turtle. The Indian warriors rode in, shooting arrows and firearms, and mowed down the teamsters within minutes, and the group was slaughtered.

The soldiers charged with protecting the wagon train had been held up and consequently, the wagon teamsters were entirely unprepared for such an attack. Every member of the caravan was brutalized and executed in various grisly ways. Between eight and 14 of them perished that day.

The events that followed are more of a legend rather than history. McGee claimed he was scalped personally by Little Turtle. While face down in the dirt, McGee suffered multiple arrow wounds, a pistol shot to the back, and a tomahawk wound.

McGee recalled that he was conscious when the Indian war leader cut off sixty-four square inches of scalp and hair from his head, starting just behind the ears. It is said that Sioux warriors took much larger pieces of scalp from the head than other tribes.

When the soldiers finally caught up with the wagon train they found a horrible massacre, with everyone scalped. But as the soldiers picked through the bodies they found that McGee and another boy had survived. 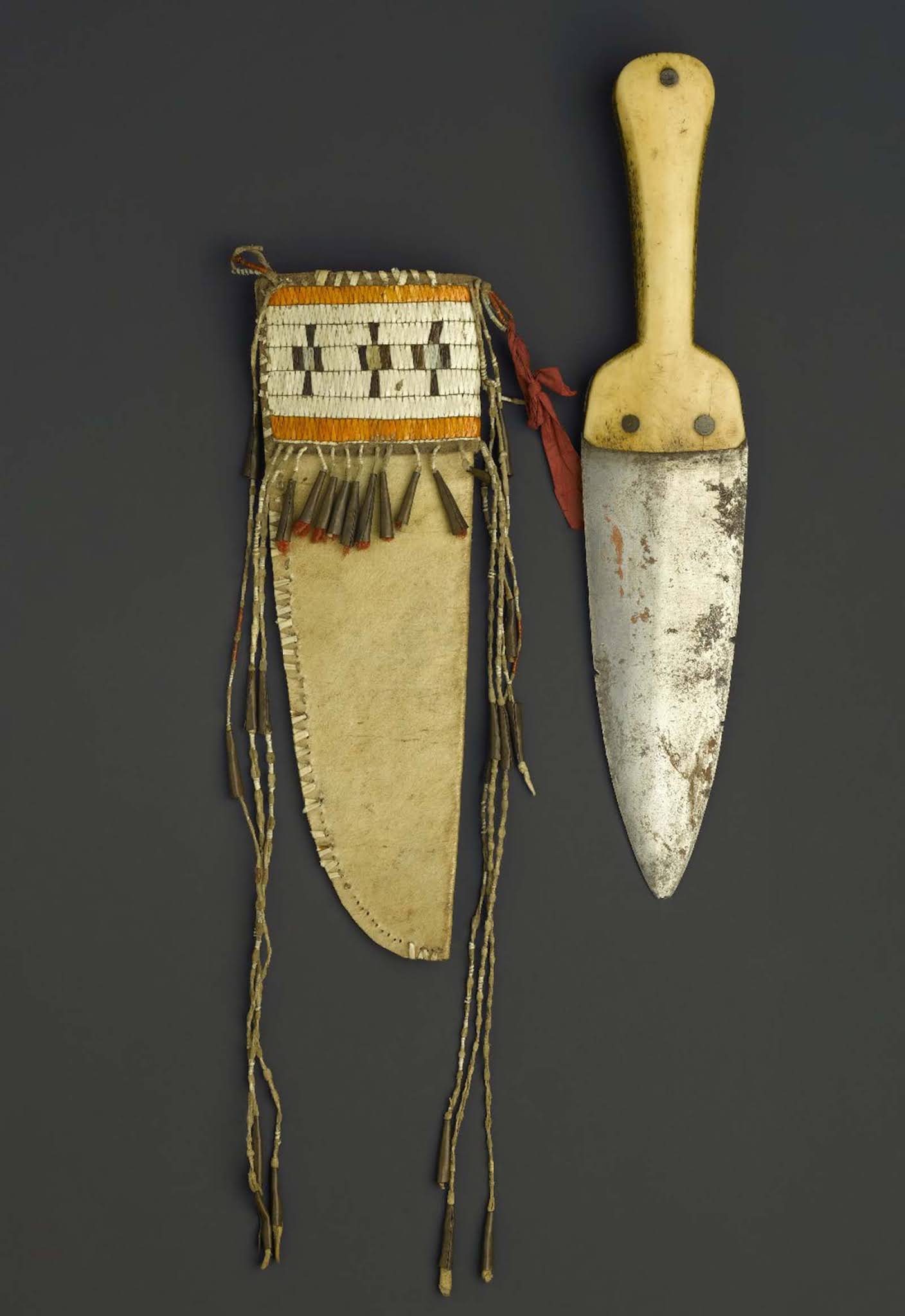 Amazingly, Robert recovered from his wounds. and he lived, even though he no longer had a scalp. It is hard to understand how a person could live out their life in such a fashion, but Robert did, as evidenced by the picture above, which was taken some 25 years after the event (in 1890).

The press helped McGee (the “man with 14 lives”) use his disfigurement to establish a career in public appearances. Eminent surgeons experimented on McGee, failing to restore any hair. The legend promoted the fiction that McGee was the only person to ever survive a scalping.

McGee’s survival was almost miraculous, but he wasn’t the only man to be scalped and live to tell about it. Josiah Wilbarger was set upon by Comanche Indians about four miles east of modern Austin, Texas. He was shot with arrows and scalped and left for dead, but the man survived.

Wilbarger is quoted as saying that being scalped was surprisingly painless, but “while no pain was perceptible, the removing of his scalp sounded like the ominous roar and peal of distant thunder,” according to James de Shield’s Border Wars of Texas.

Another survivor was William Thompson. During an ambush, he was shot in the shoulder, and his scalp was carved off of his skull. During the attack, Thompson fainted, but the summer heat stopped the bleeding.

Curiously, the Native Americans left Thompson’s scalp next to the knocked-out Englishman. After he came to, he picked it up and went back to Omaha, where he asked Dr. Richard Moore to reattach it to his skull.

Unable to get his scalp fixed back onto his head, Thompson did the next best thing: he went back to England and put his scalp on display for money. 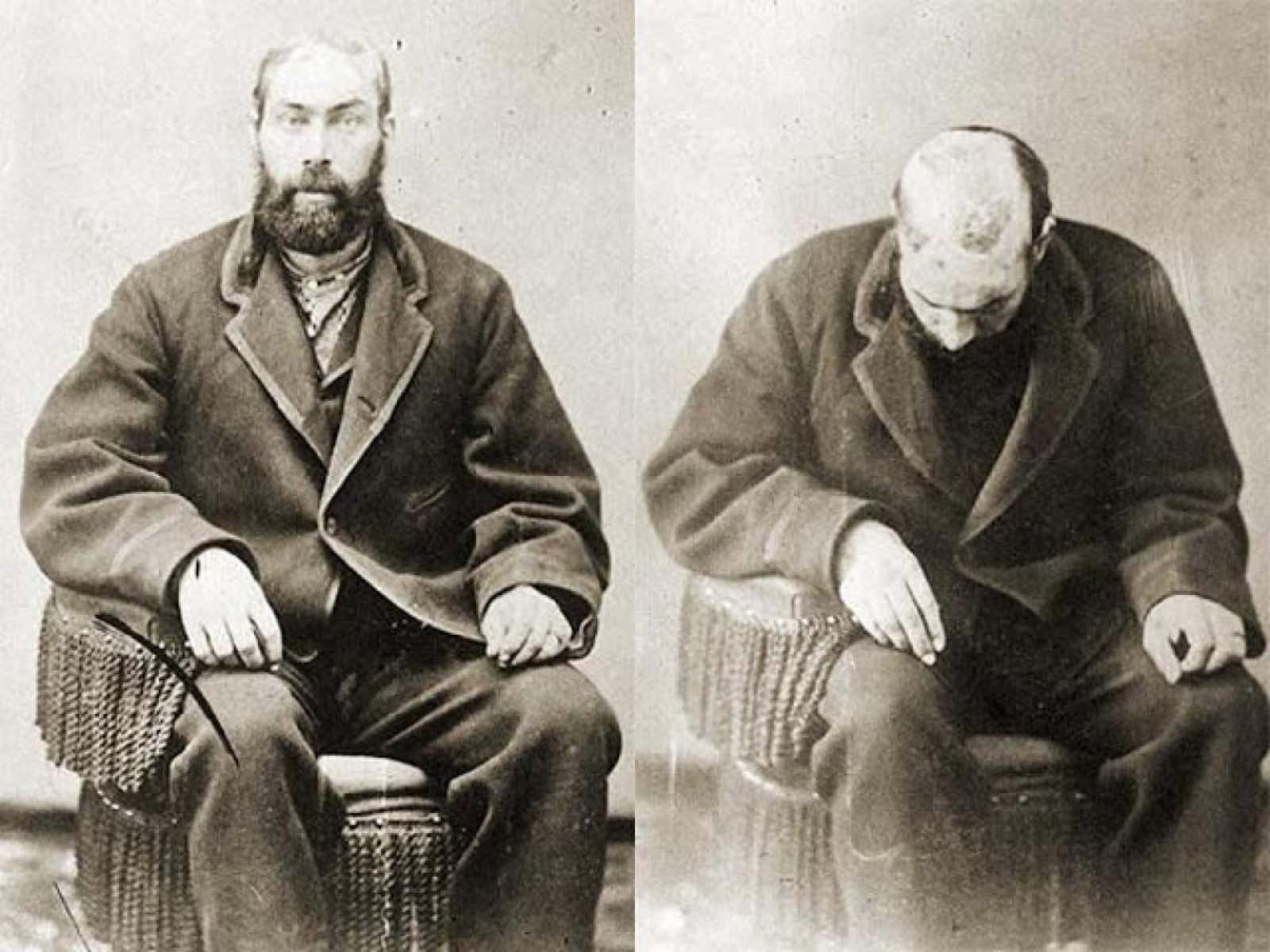 Scalp-taking is considered part of the broader cultural practice of the taking and display of human body parts as trophies, and may have developed as an alternative to the taking of human heads, for scalps were easier to take, transport, and preserve for subsequent display. Scalping independently developed in various cultures in both the Old and New Worlds.

Specific scalping techniques varied somewhat from place to place, depending on the cultural patterns of the scalper regarding the desired shape, size, and intended use of the severed scalp, and on how the victims wore their hair, but the general process of scalping was quite uniform.

The scalper firmly grasped the hair of a subdued adversary, made several quick semicircular cuts with a sharp instrument on either side of the area to be taken, and then vigorously yanked at the nearly-severed scalp. 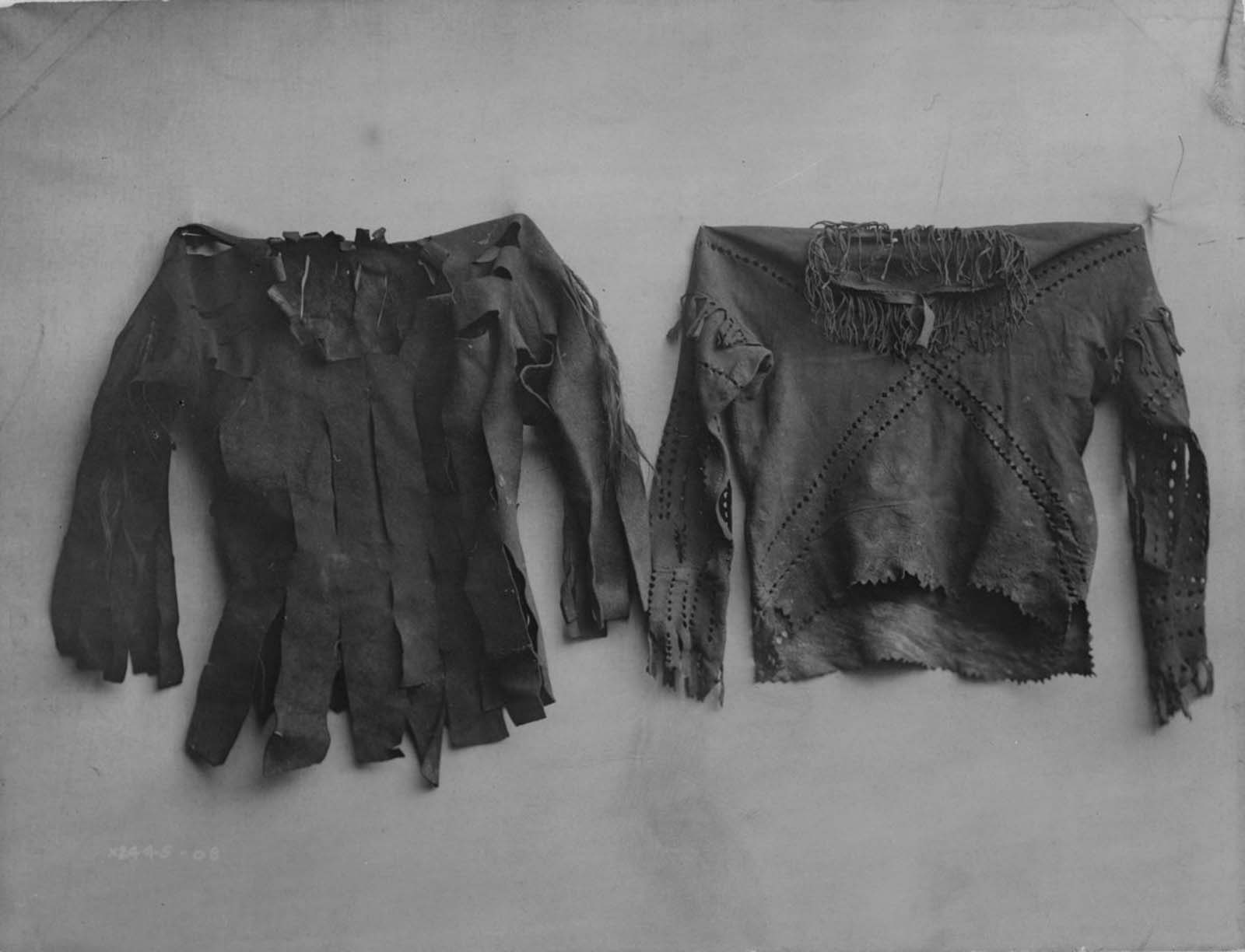 The scalp separated from the skull along the plane of the areolar connective tissue, the fourth (and least substantial) of the five layers of the human scalp. Scalping was not in itself fatal, though it was most commonly inflicted on the gravely wounded or the dead.

The earliest instruments used in scalping were stone knives crafted of flint, chert, or obsidian, or other materials like reeds or oyster shells that could be worked to carry an edge equal to the task.

Although historical and archaeological records from the 16th and 17th centuries do not clarify how widespread the practice of scalping was in North America before colonial contact, it is clear that bounties on scalps, together with aggression between colonizers and indigenous peoples, increased the level of scalping as North America was colonized by Europeans. 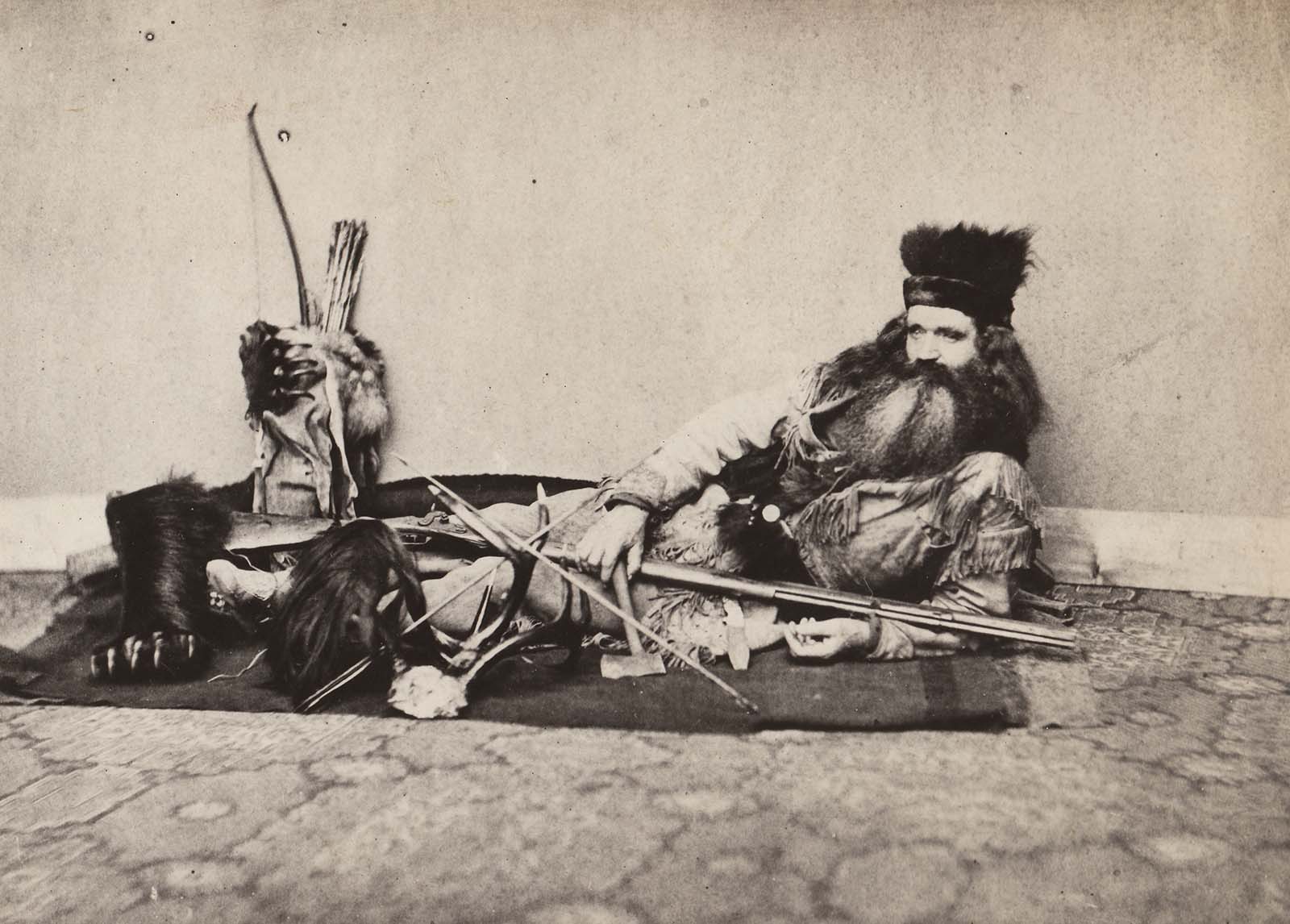 For example, Willem Kieft, governor of the Dutch Colony of New Amsterdam, offered bounties to frontiersmen and soldiers for the scalps of enemy Indians.

Scalping varied in importance and practice by region. Native Americans in the Southeast took scalps to achieve the status of a warrior and to placate the spirits of the dead, while most members of Northeastern tribes valued the taking of captives over scalps.

Among Plains Indians, scalps were taken for war honors, often from live victims. As a challenge to their enemies, some Native Americans shaved their heads.

The scalp was sometimes offered as a ritual sacrifice or preserved and carried by women in a triumphal scalp dance, later to be retained as a pendant by the warrior, used as tribal medicine, or discarded. 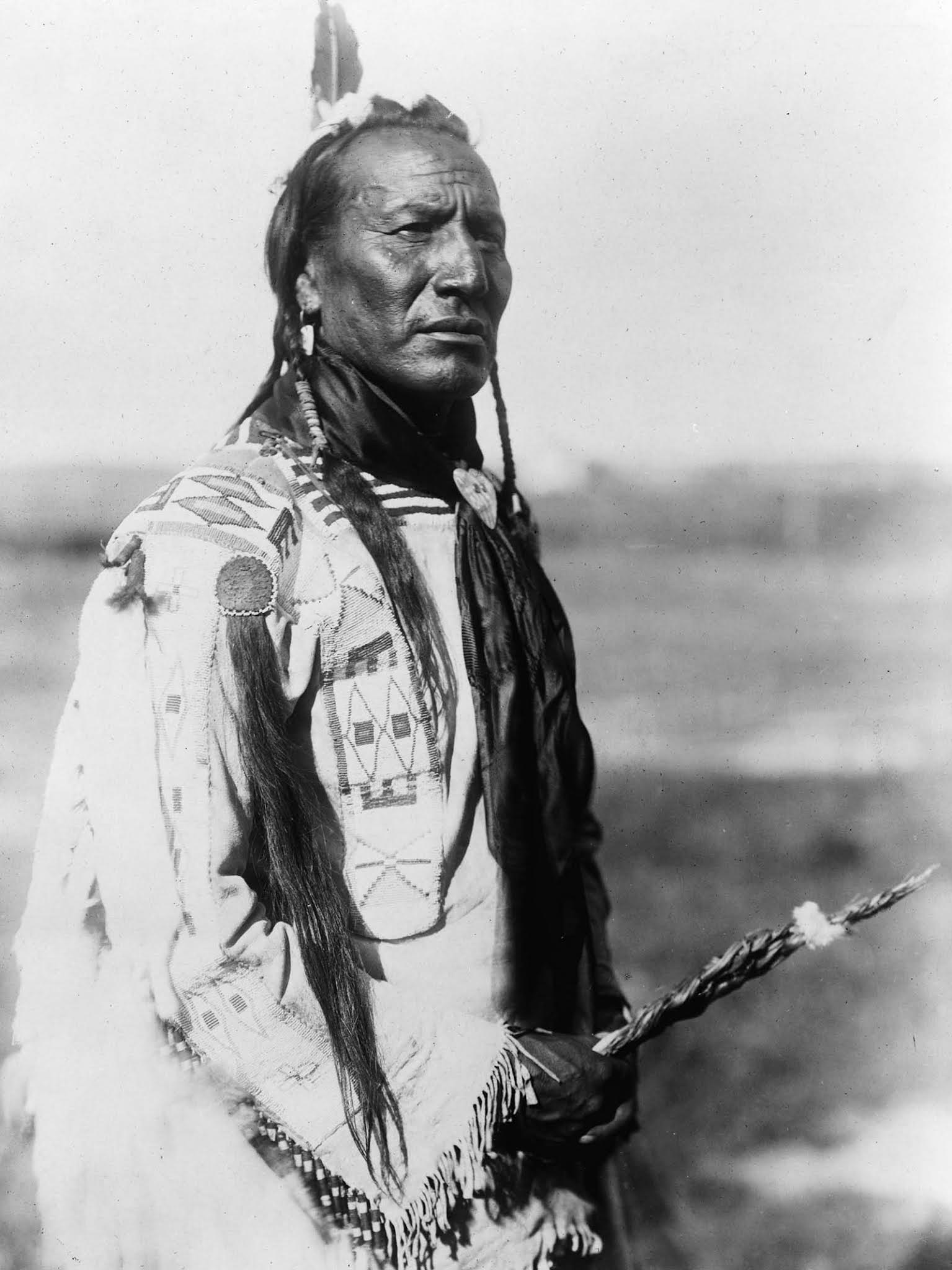 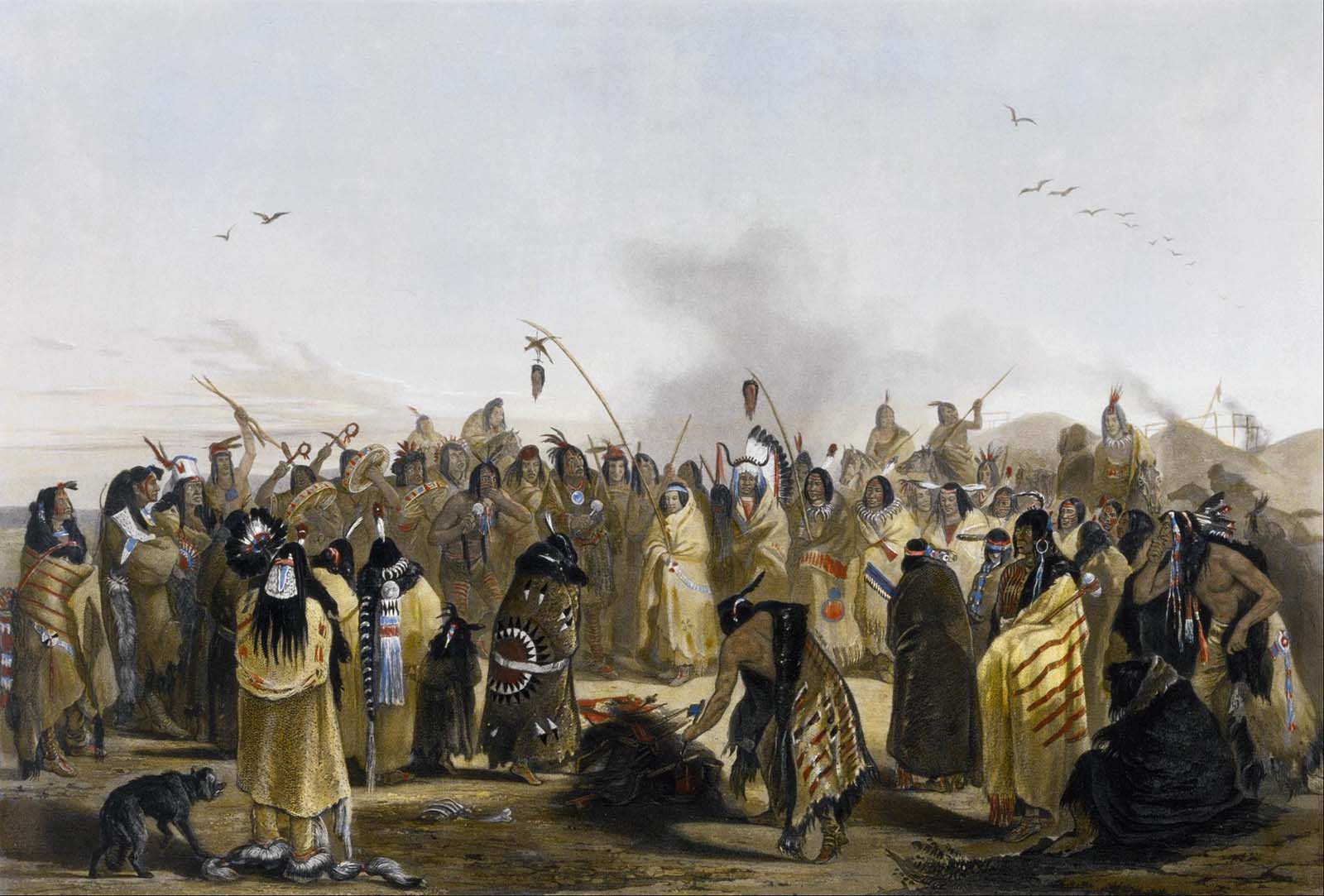 Scalp dance of the Minnataree, a sub-branch of the Sioux Indians, painting by Karl Bodmer.