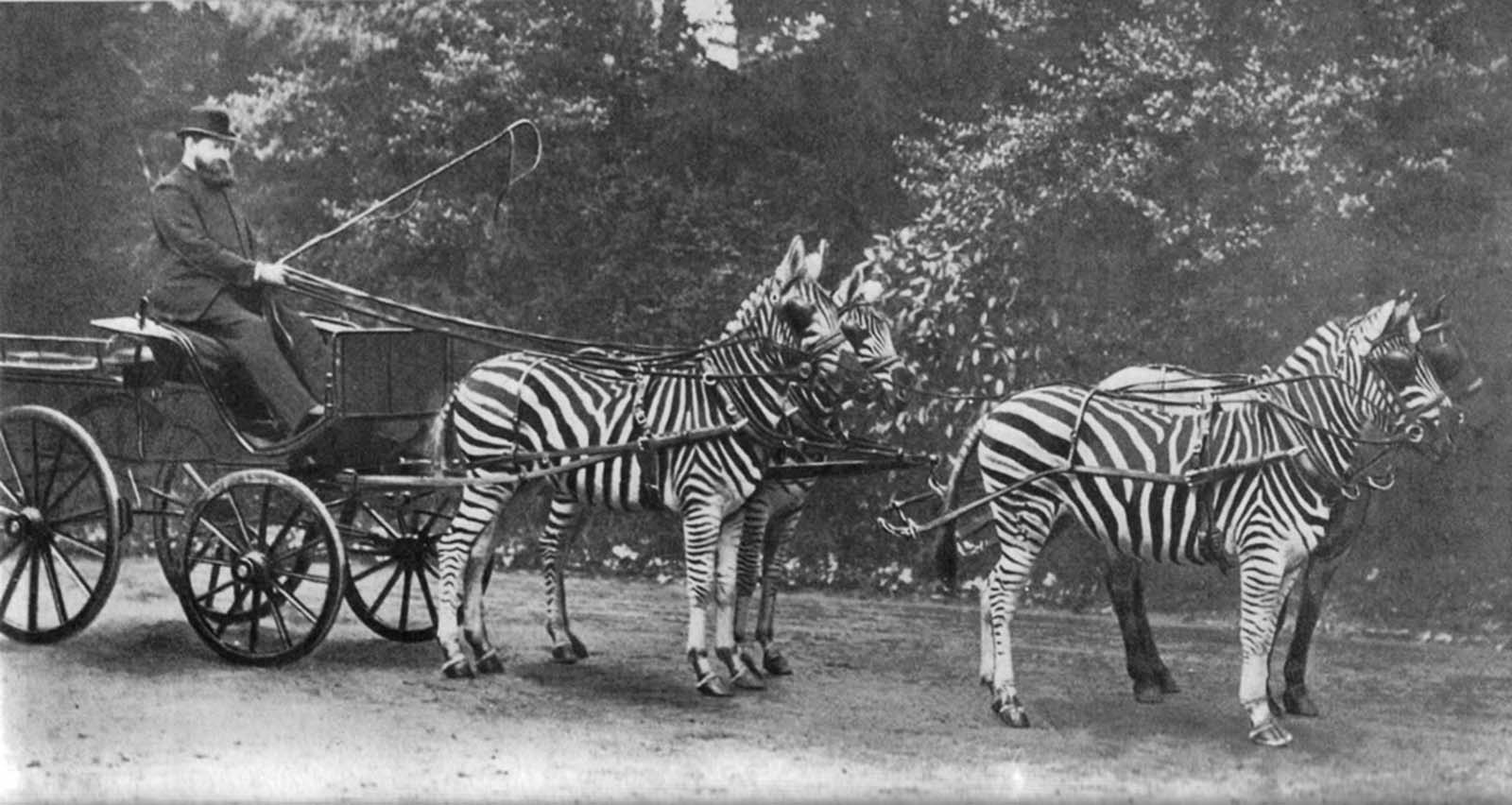 Lord Walter Rothschild with his team of carriage-pulling zebras. Rothschild (1868 – 1937) of the global Rothschild banking family, owned his own zoo.

There has always been great interest in domesticating and training zebras as riding and harnessing animals. In the 1760s, French naturalist Buffon believed that zebras could replace horses and there were rumors in Paris that the Dutch had already trained a team of zebras to pull a cart.

For European colonizers ruling Africa in the nineteenth and early twentieth centuries, zebras’ resistance to diseases carried by tsetse flies was something worth taking advantage of.

Moreover, colonists tried to turn local fauna to their own use, often because imported European livestock didn’t thrive in the new conditions.

Eventually, attempts to domesticate zebras were largely unsuccessful and there’s a reason why Africans never were able to domesticate them in the first place. Unlike horses, which naturally are friendlier and more laid back, zebras spend their life on alert.

In order to survive in a difficult African environment where there is an abundance of large predators including lions, tigers, cheetahs, hyenas, and crocodiles, the zebra evolved into being a particularly alert, responsive animal that flees in the face of danger but also possesses a powerful response if captured.

In other words, natural selection has bred zebras to be nervous, flighty, and brutally aggressive if in immediate danger. They can even kill a lion with a single kick. Familiarity with human hunter-gatherers may also have fostered a strong avoidance response in the zebra. 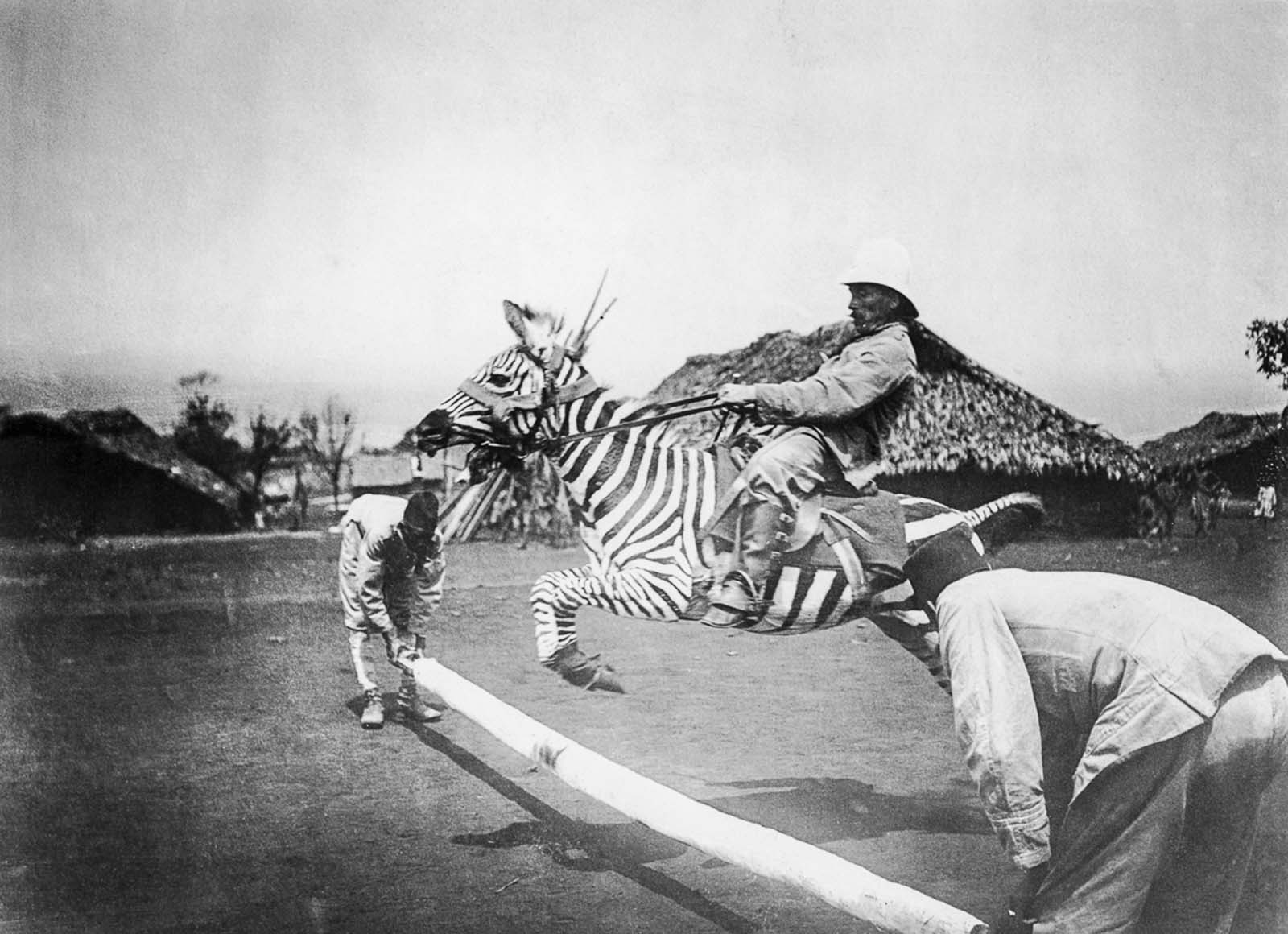 A German colonial officer takes a leap on the back of a tame zebra in German East Africa. 1910.

While it’s possible to tame individual zebras, this species was not a good candidate for domestication. The colonists once viewed the zebras as a substitute for the mule. Though easily broken to harness, the zebra has less endurance than the mule and is more liable to panic if startled.

The colonial German army in German East Africa was was particularly interested in taming zebras for riding, pack animals, and draught animals.

They also had a program of crossing zebras with horses to create a hybrid that was resistant to the diseases that killed horses, but which zebras were resistant to.

During this time, it was quite common for eccentric aristocrats around the world to have zebra carts as seen in some of the photos.

Zoologist Walter Rothschild trained some zebras to draw a carriage in England, which he drove to Buckingham Palace to demonstrate the tame character of zebras to the public. However, he did not ride on them as he realized that they were too small and aggressive. 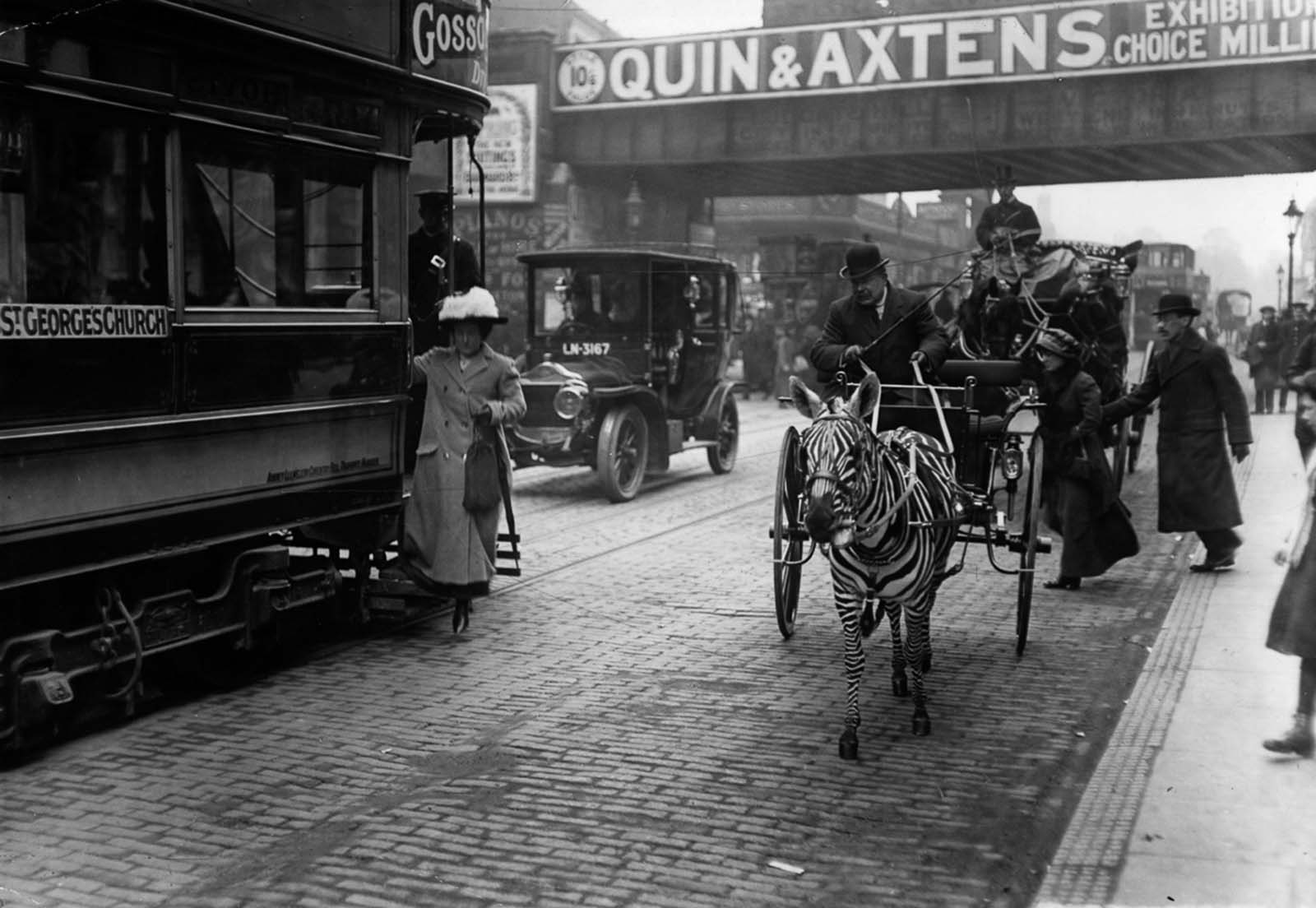 A zebra pulls a carriage through Brixton, London. It is likely that the zebra and carriage were the property of music hall artist, Mr. Gustav-Grais, and were used to promote his shows. 1913. 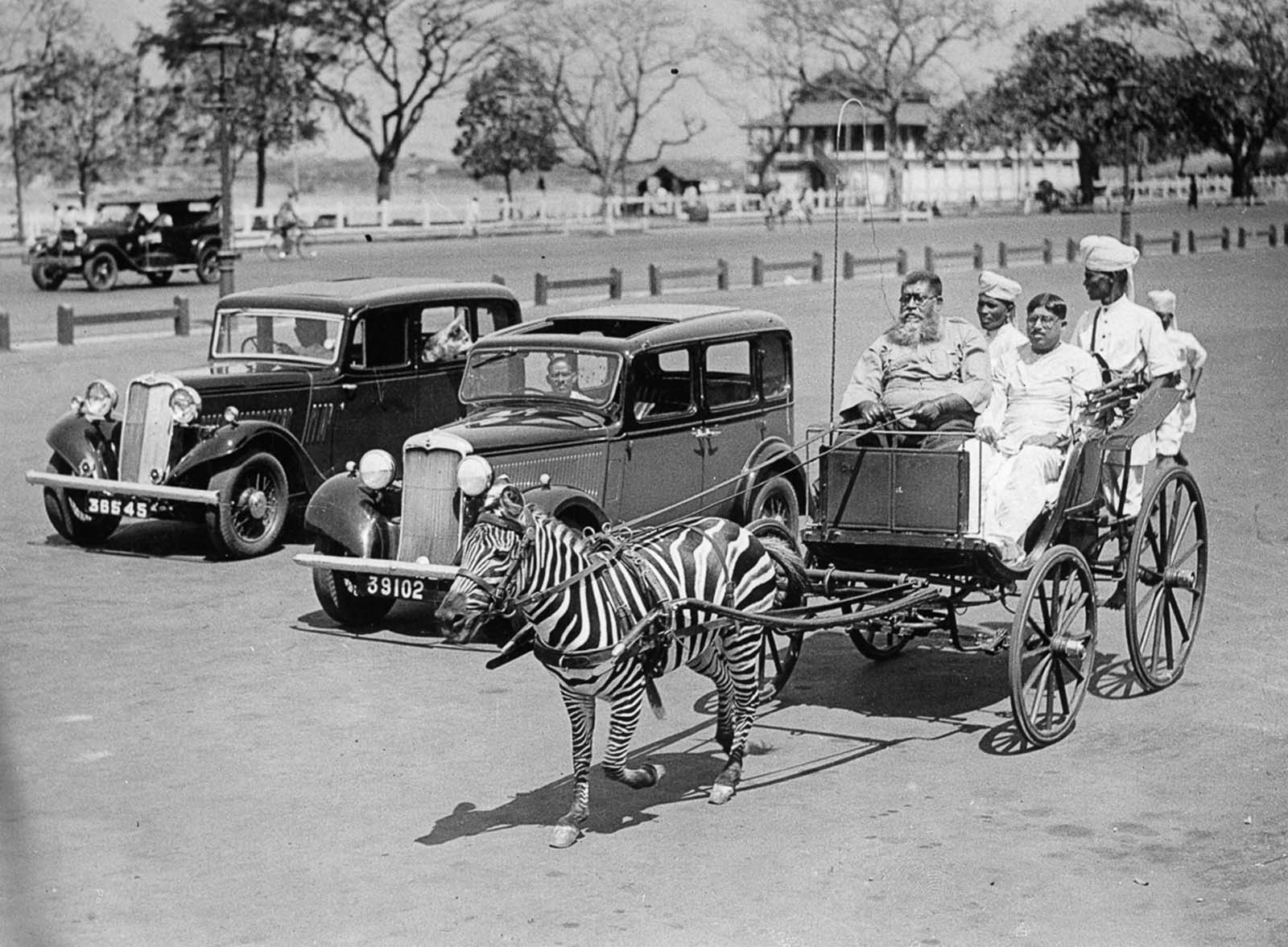 A zebra pulls a carriage in Calcutta, India. 1930. 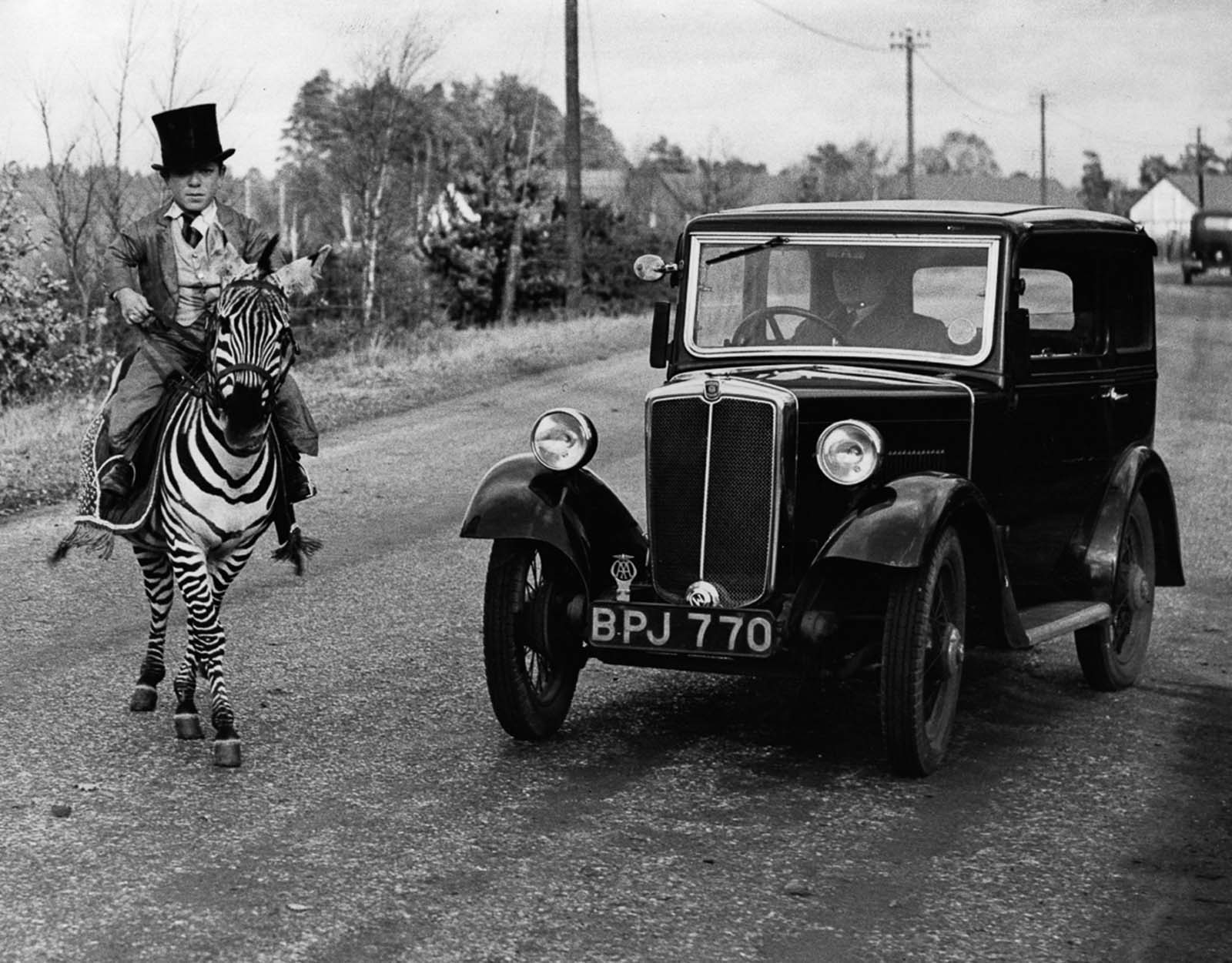 Laffin Leslie, an 18-year-old dwarf, guides Jimmy, the “only rideable zebra in the world,” across a road in Berkshire, England. 1935. 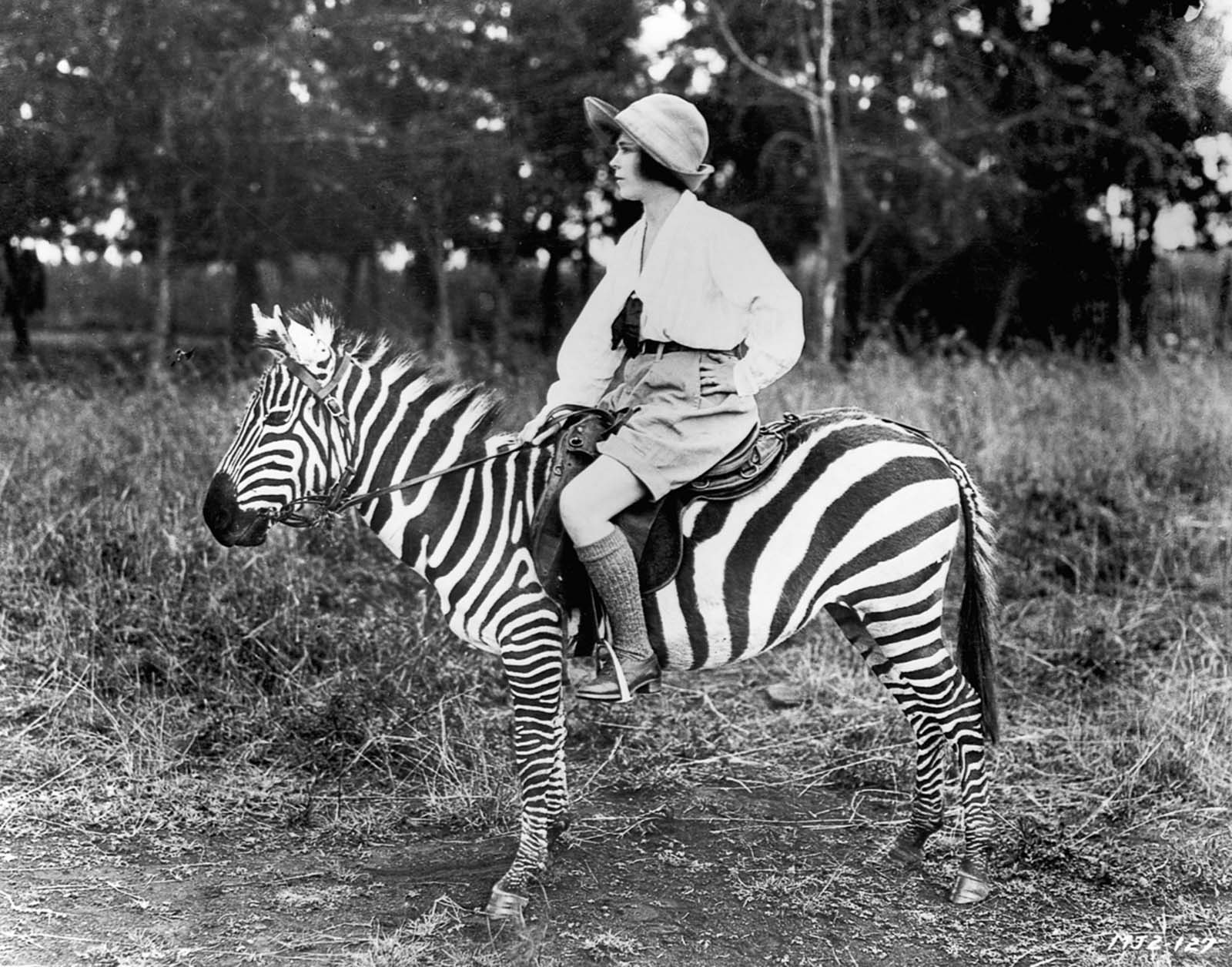 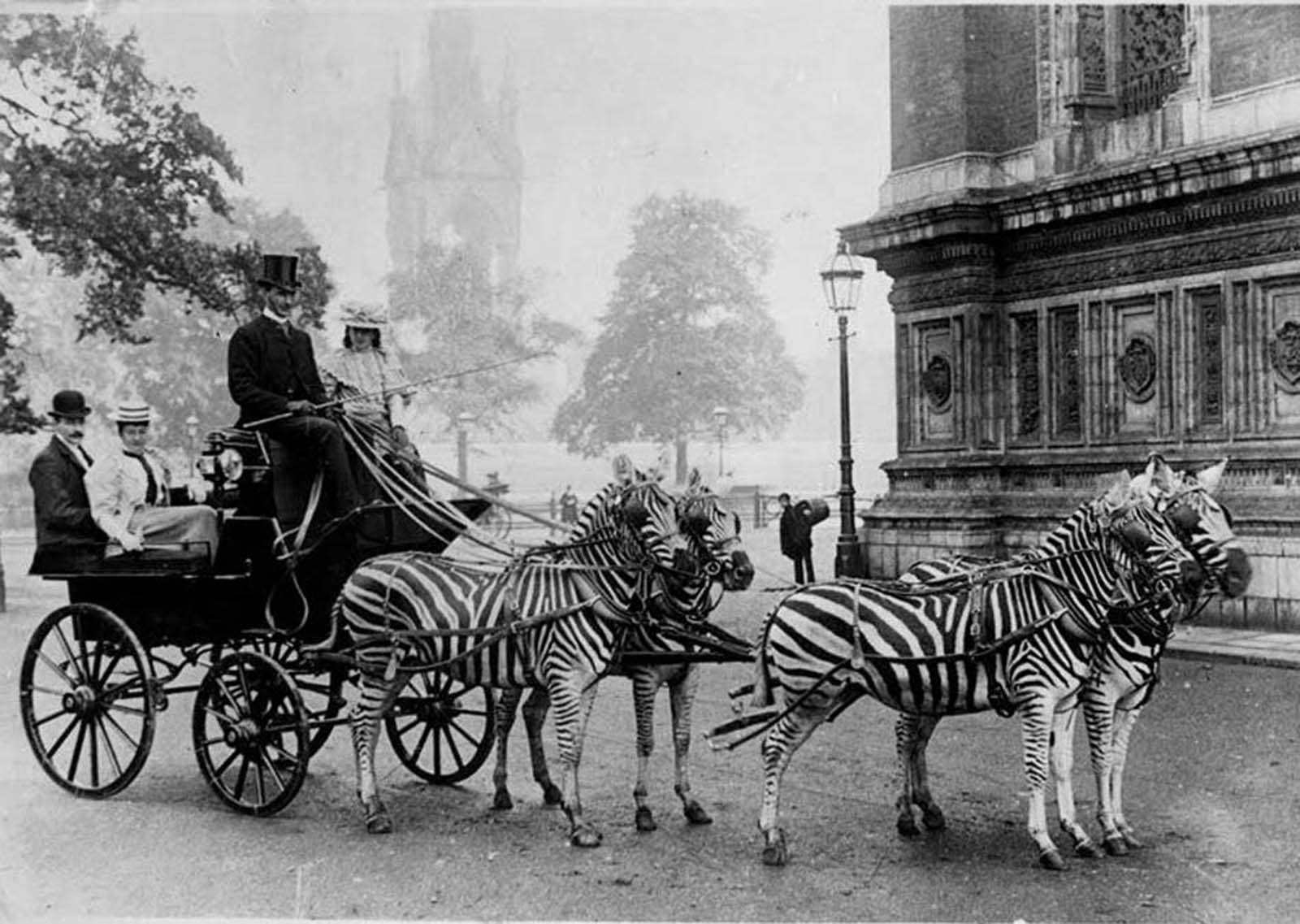 In the late 19th century, it was fashionable to train zebras to pull carriages. Pictured is Mr. Hardy, who was a noted horserider and trainer. 1898. 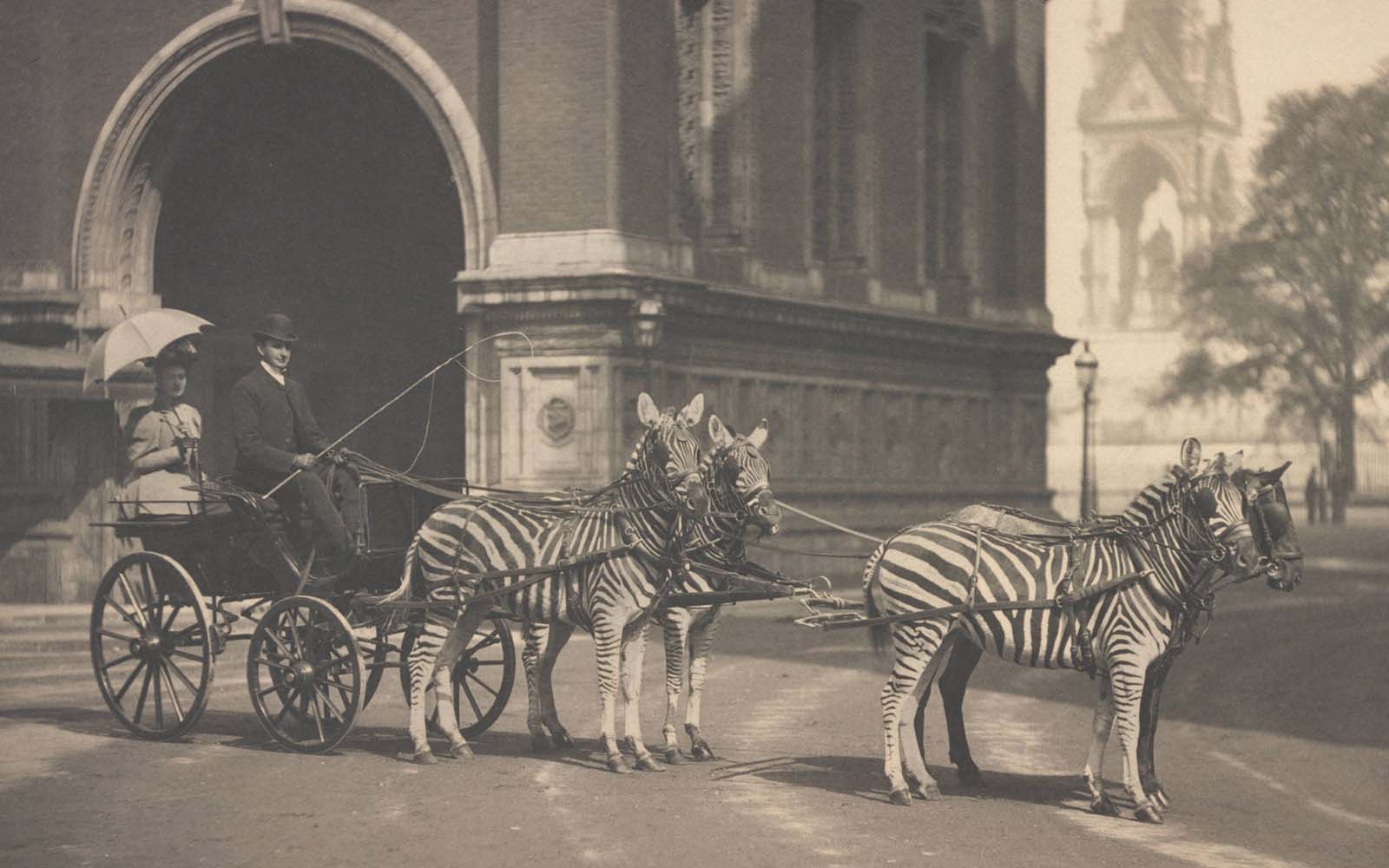 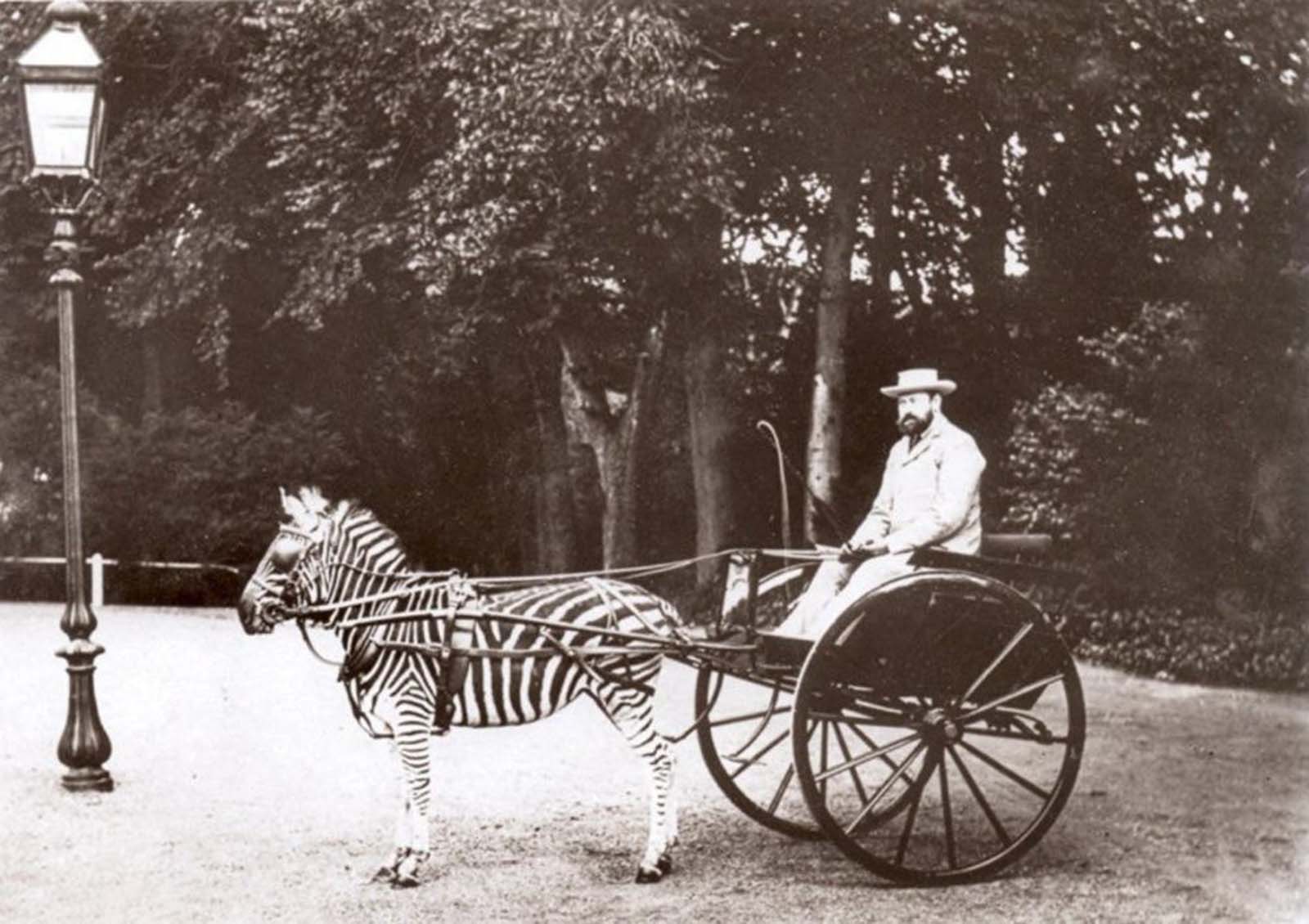 Lord Walter Rothschild, the founder of the Natural History Museum at Tring, had a penchant for harnessing zebras. 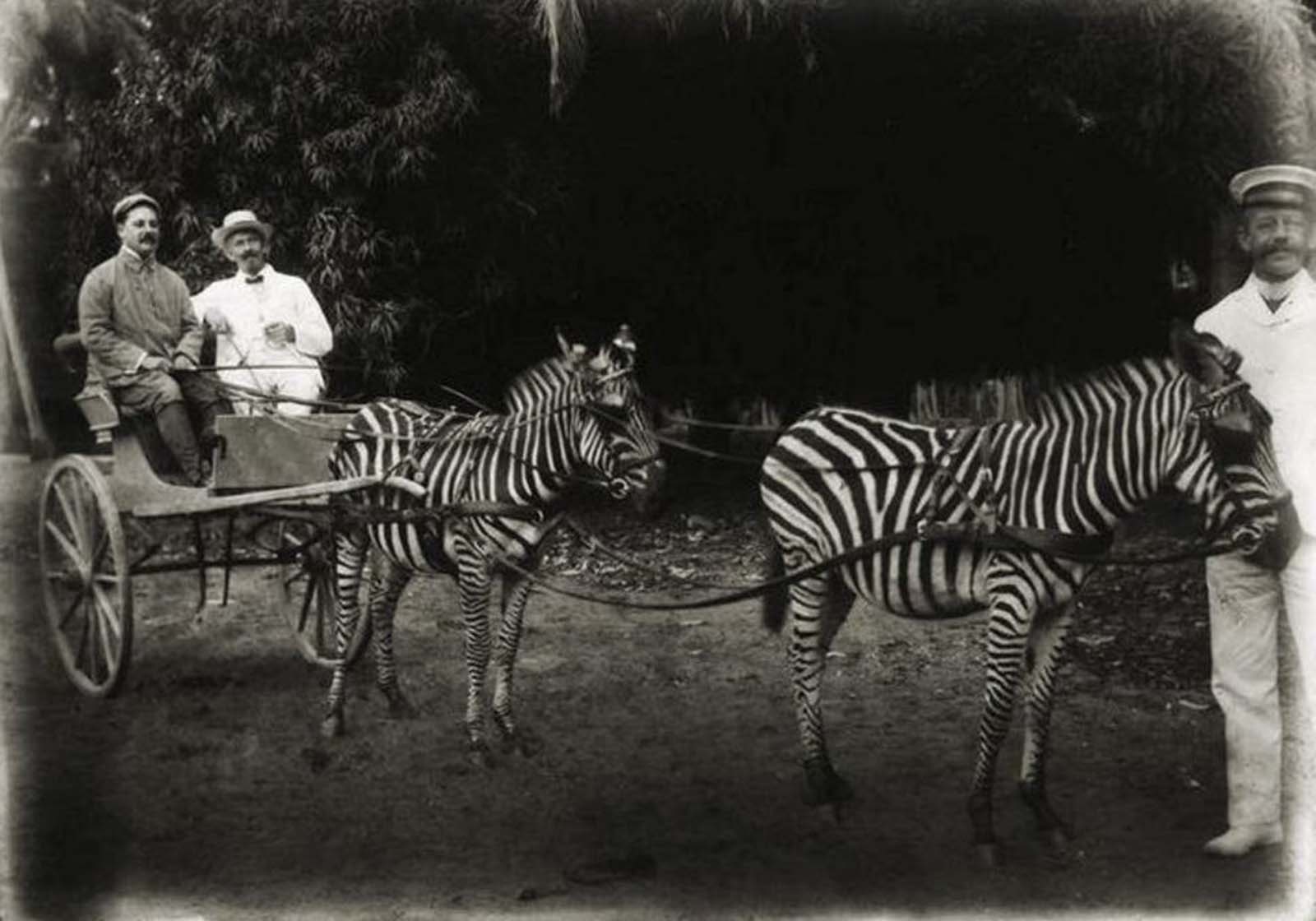 A zebra carriage around the 1890s. 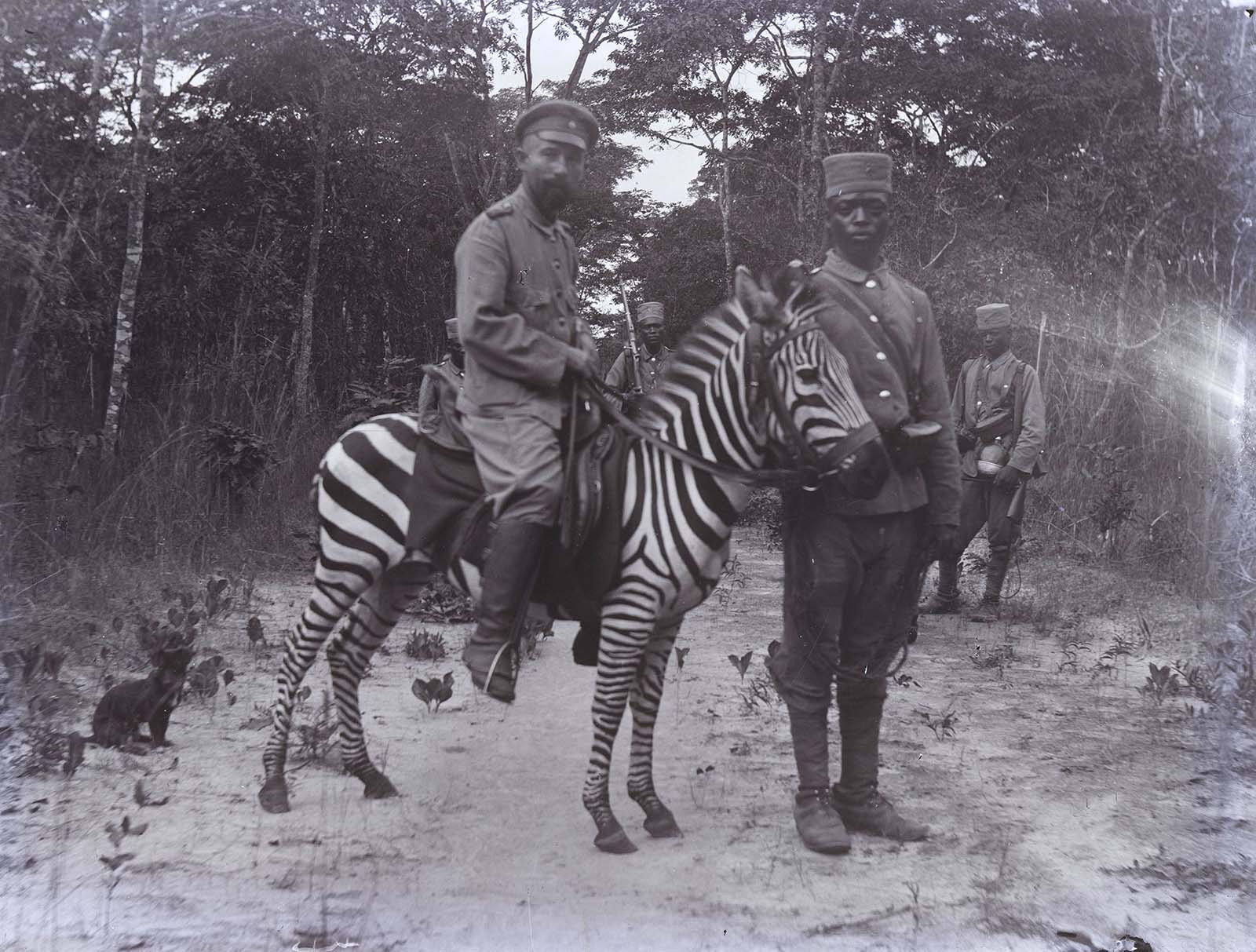 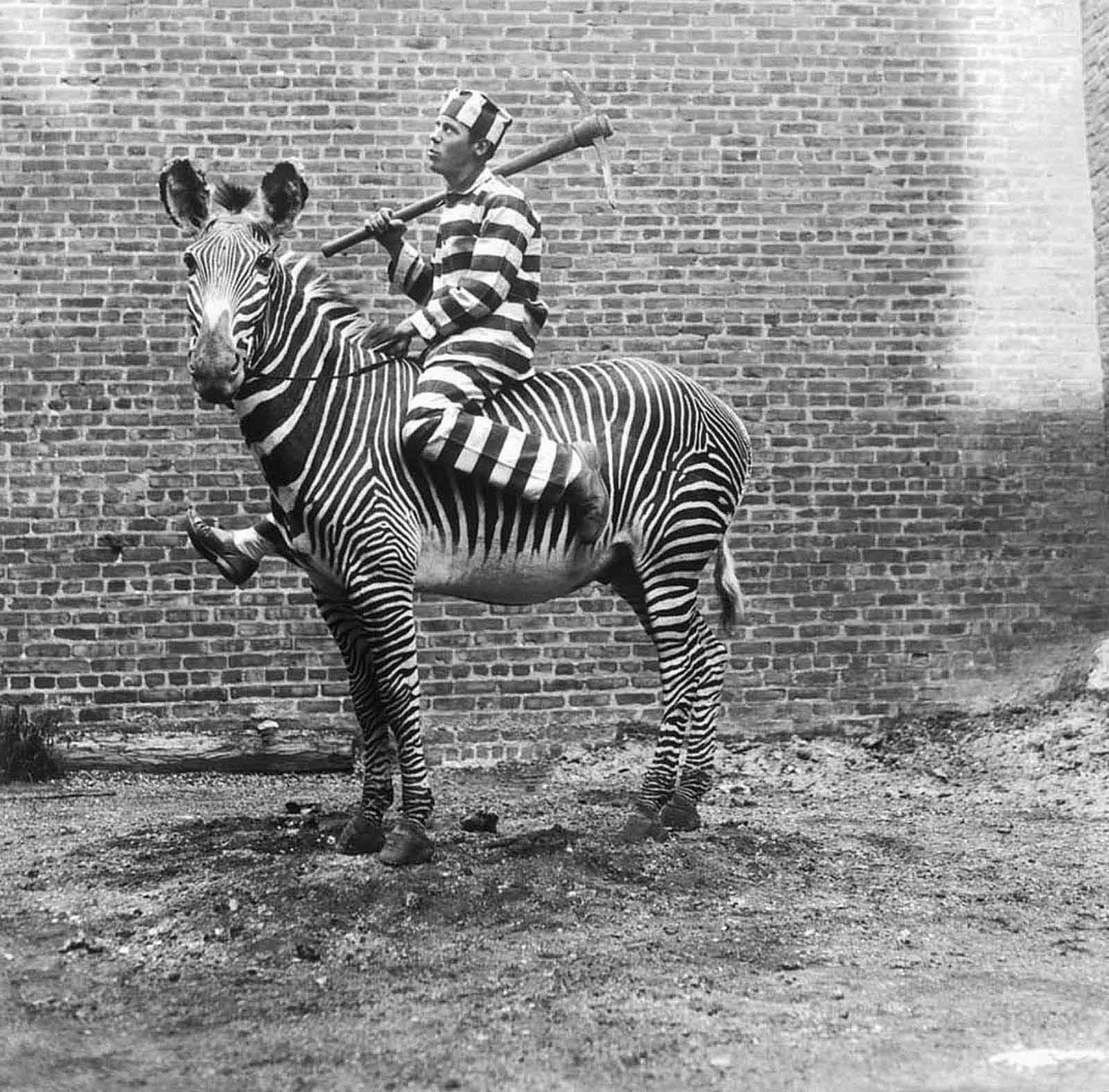 A comic criminal tries to make a prison break on the back of an East African zebra. US, 1933. 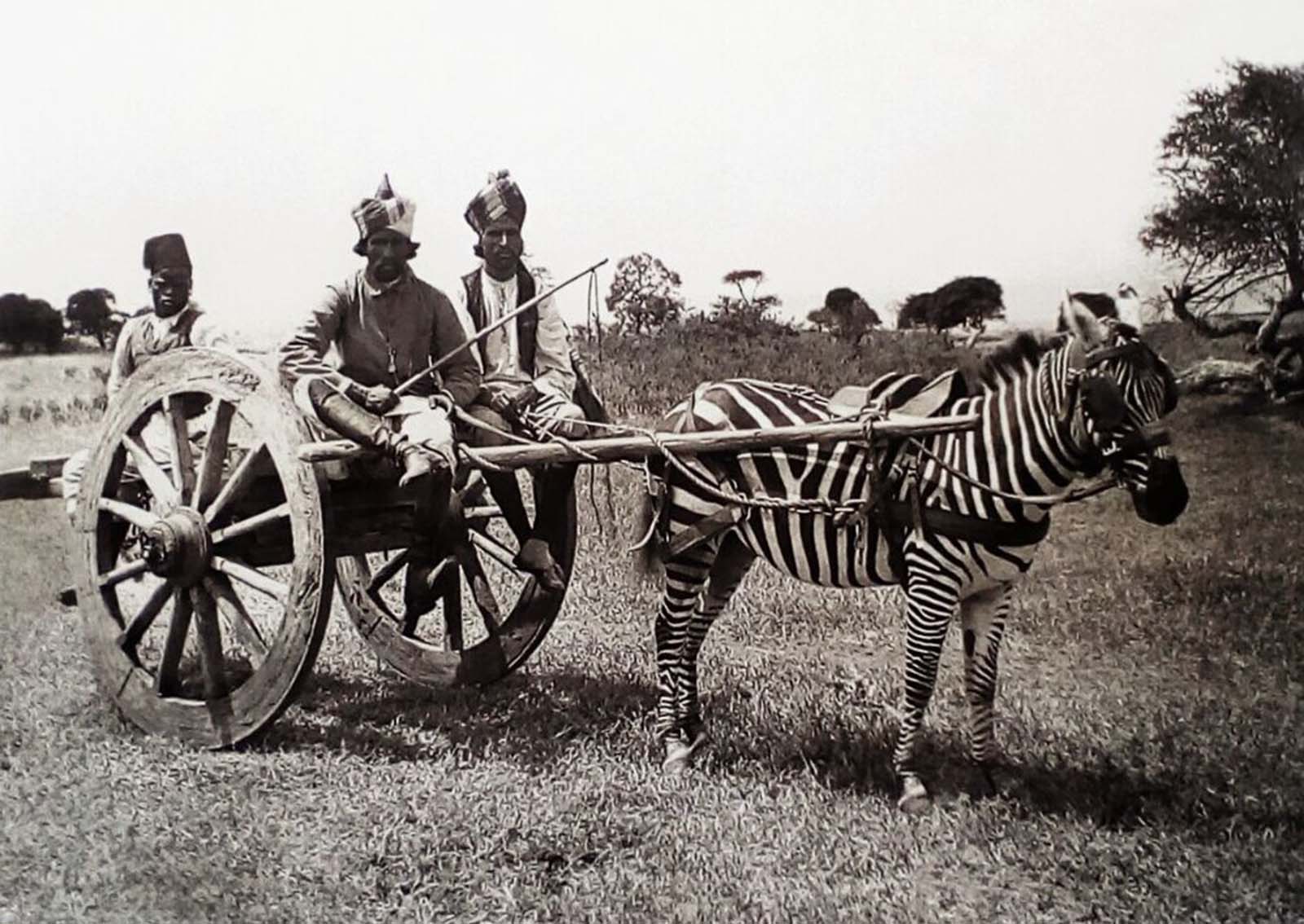 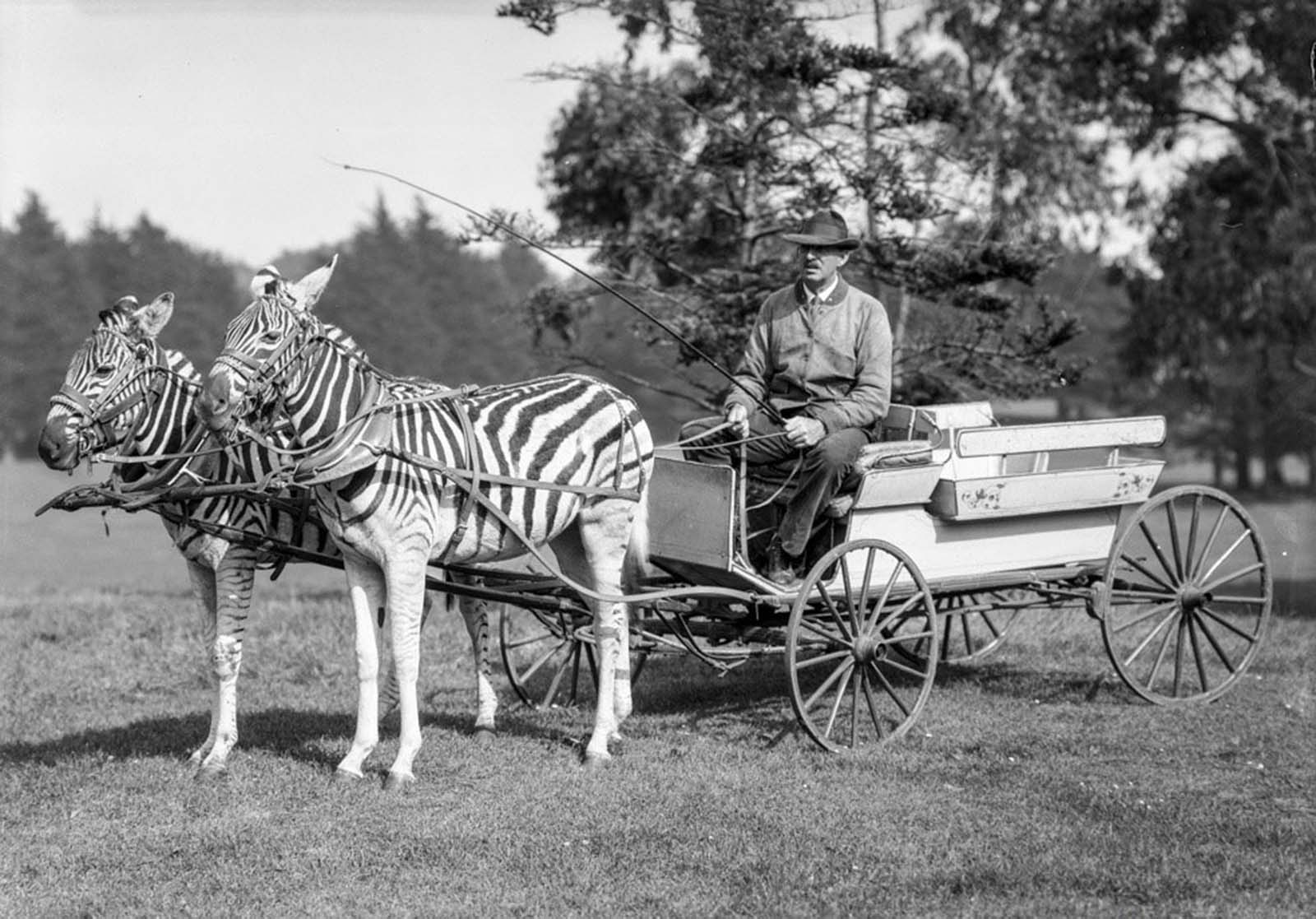 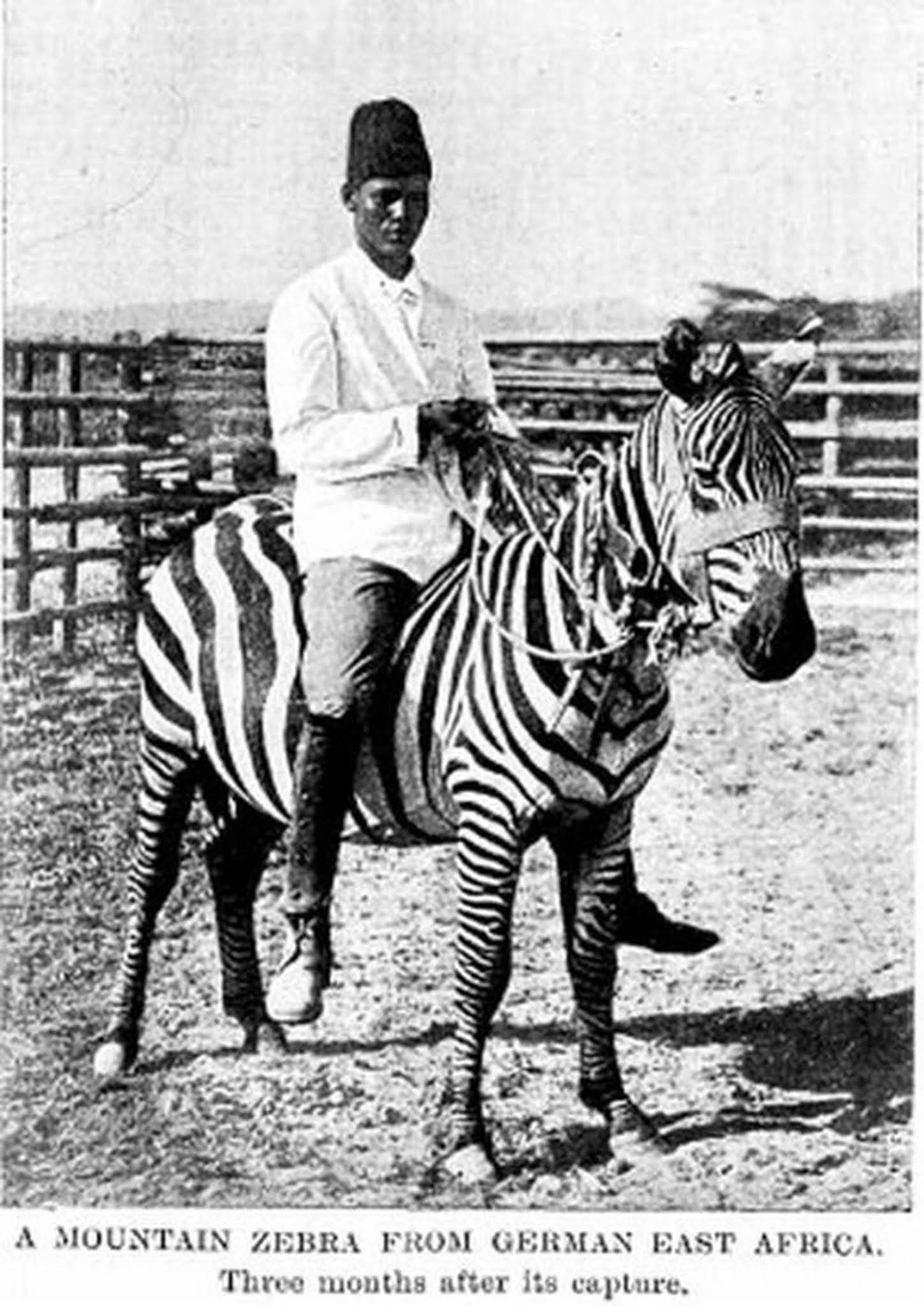