The Reichstag covered in Russian graffiti after being seized from the Nazis by the Red Army.

After seizing the Reichstag in May 1945 and raising their flag on its roof, Soviet soldiers left their marks in other ways, writing their names, feelings, thoughts and hometowns on the walls of the famous building. Written in Cyrillic script, they include such slogans as “Hitler kaputt” and names of individual soldiers. Most of the writings are just “From [Russian City] to Berlin” or just “[Russian City] – Berlin” with a name or “Kilroyski was here”. On the base of the pillar on the right, directly above the statue’s head it says “From Moscow to Berlin, Major Yakovlev”. On the left pillar in the circle with the star it says “From Leningrad to Berlin” with a name after. 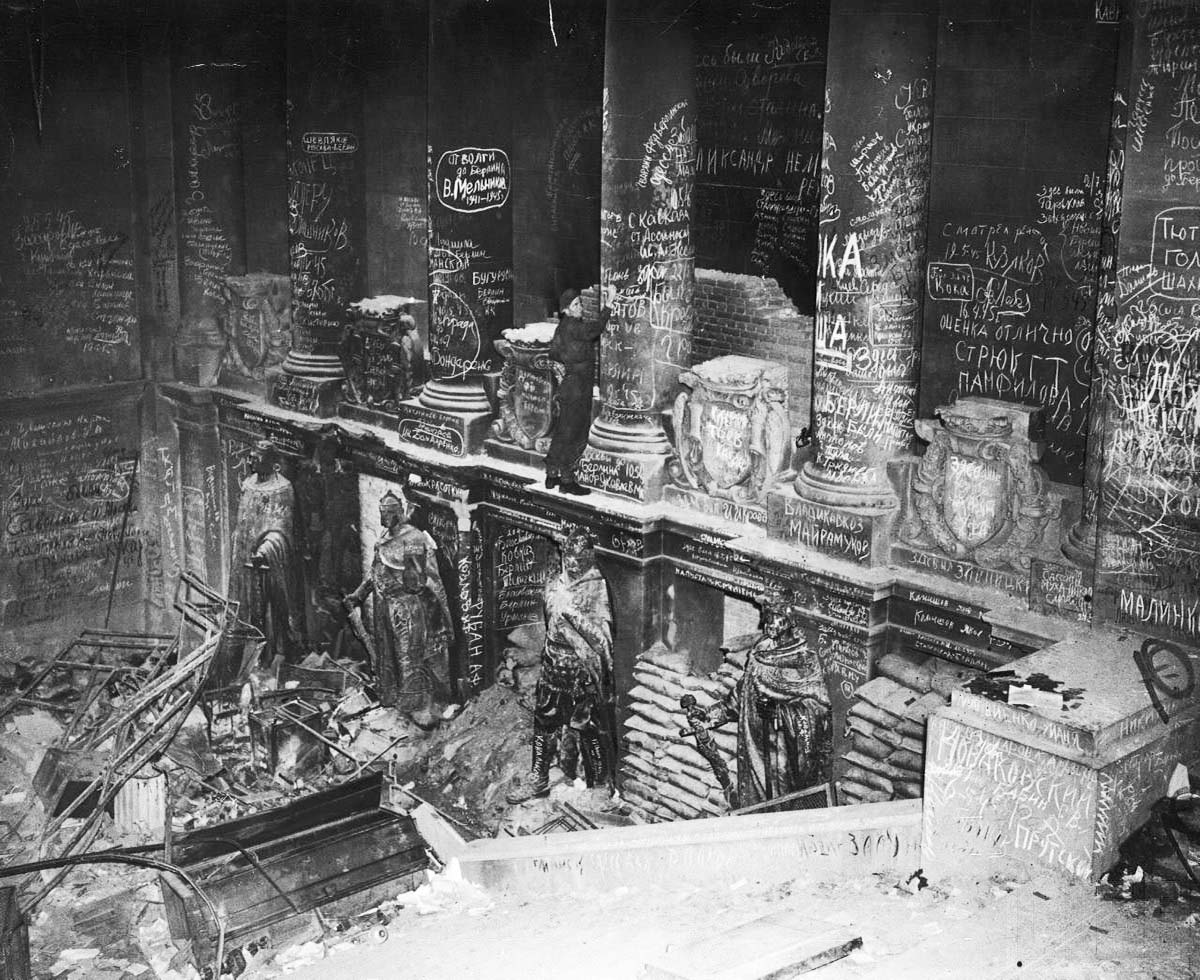 Soviet troops scrawled graffiti in the Reichstag after they took Berlin in 1945.

During the final reconstruction, the building was first almost completely gutted, taking out everything except the outer walls, including all changes made by Baumgarten in the 1960s. Respect for the historic aspects of the building was one of the conditions stipulated to the architects, so traces of historical events were to be retained in a visible state. Among them were graffiti left by Soviet soldiers after the final battle for Berlin in April–May 1945. However, graffiti with racist or sexist themes were removed, in agreement with Russian diplomats at the time. 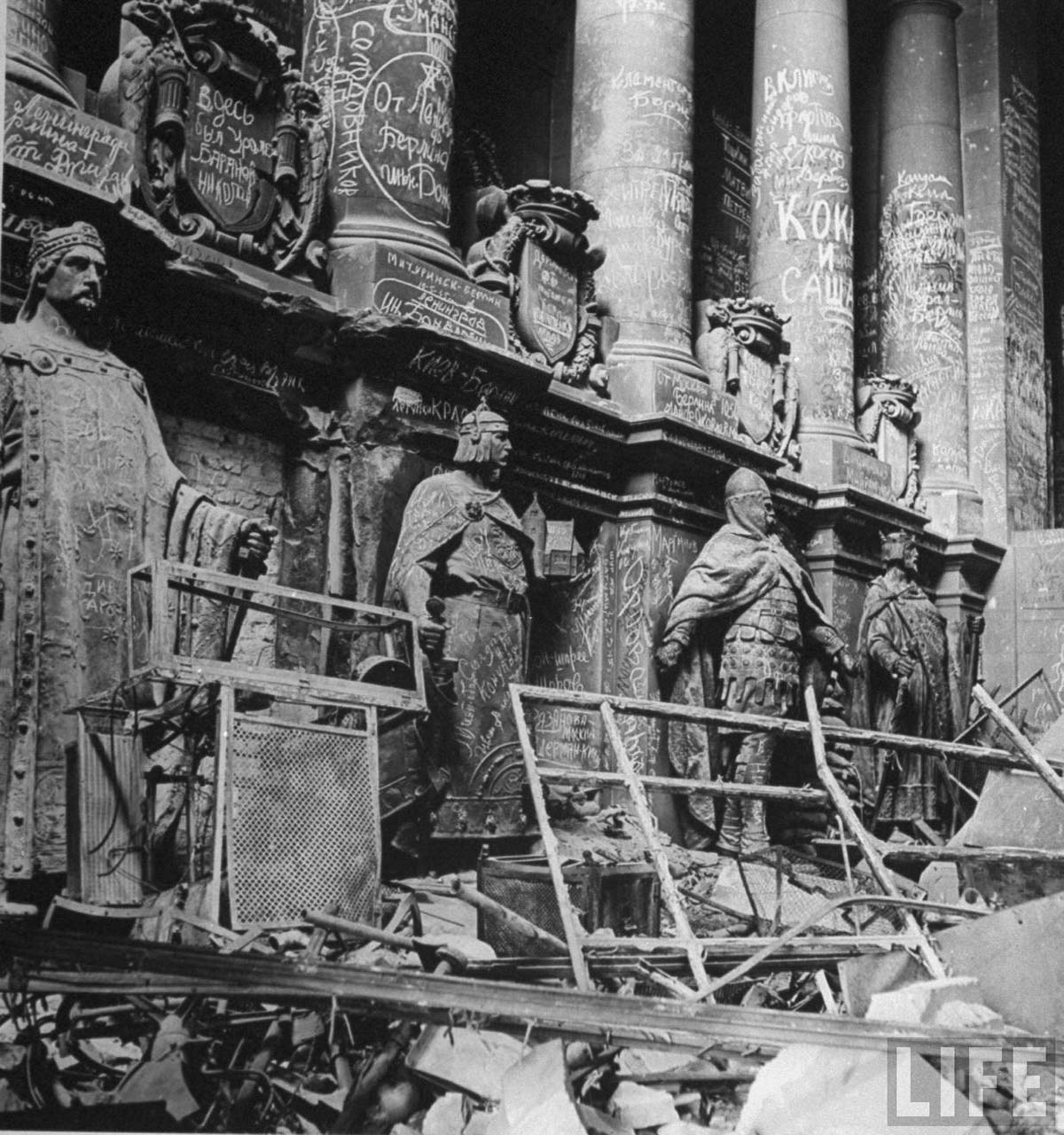 Written in Cyrillic script, they include such slogans as “Hitler kaputt” and names of individual soldiers.

Today, visitors to the building can still see Soviet graffiti on smoky walls inside as well as on part of the roof, which was preserved during the reconstructions after reunification.