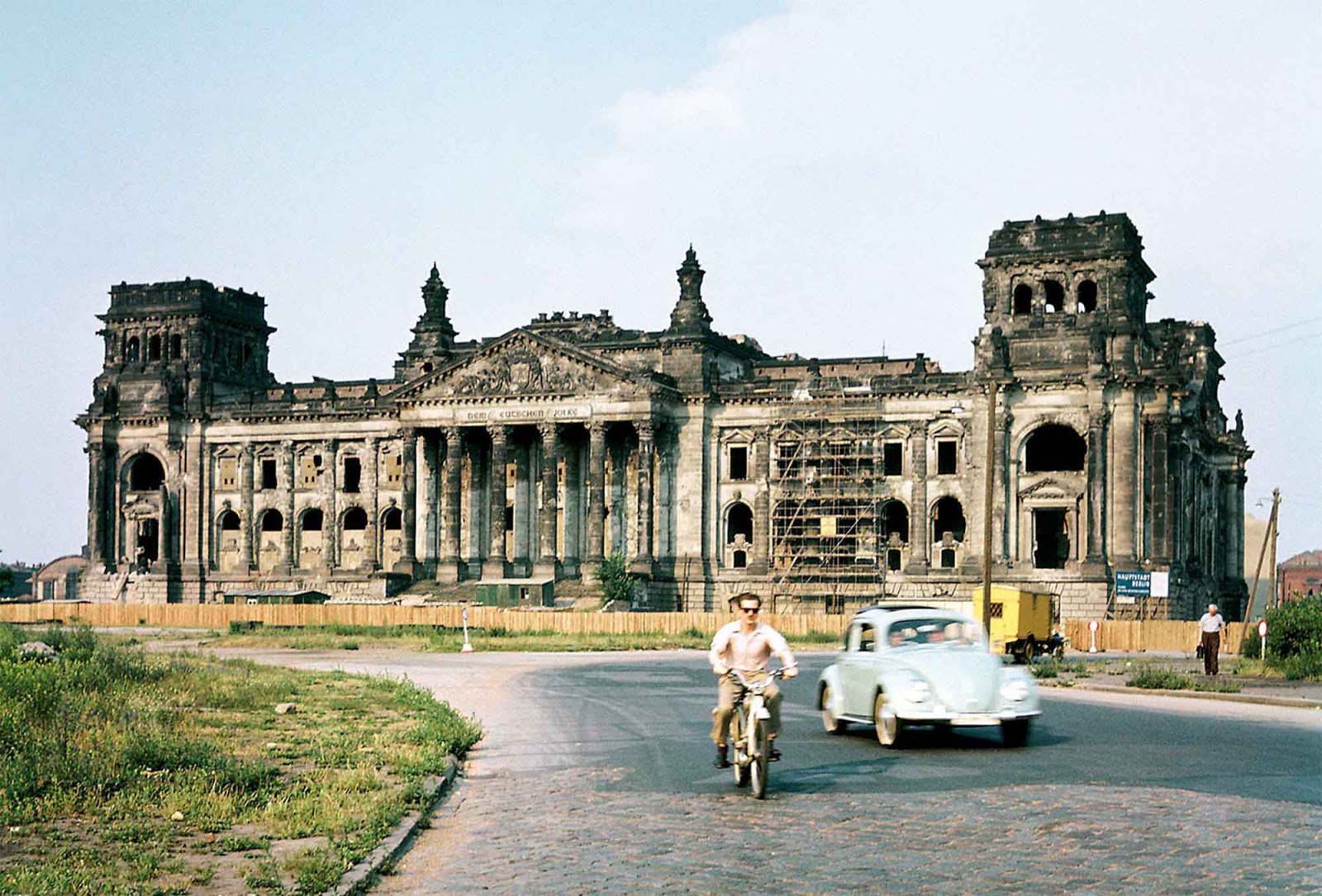 The Reichstag had not been in use since when it burned in February 1933 and its interior resembled a rubble heap more than a government building. During the 12 years of National Socialist rule, it was not used for parliamentary sessions. Instead, the few times that the Reichstag convened at all, it did so in the Kroll Opera House, opposite the Reichstag building. The building, having never been fully repaired since the fire, was further damaged by air raids. During the Battle of Berlin in 1945, it became one of the central targets for the Red Army to capture due to its perceived symbolic significance.

After the war, the building was essentially a ruin. In addition, there was no real use for it, since the seat of government of West Germany had been established in Bonn in 1949. Still, in 1956, after some debate, it was decided that the Reichstag should not be torn down, but be restored instead. However, the cupola of the original building, which had also been heavily damaged in the war, was demolished.

It wasn’t until 1994 that full restoration began. The building was first almost completely gutted, taking out everything except the outer walls, including all changes made during a minimal restoration in the 1960s. Respect for the historic aspects of the building was one of the conditions stipulated to the architects, so traces of historical events were to be retained in a visible state. Among them were graffiti left by Soviet soldiers after the final battle for Berlin in April–May 1945. Written in Cyrillic script, they include such slogans as “Hitler kaputt” and names of individual soldiers. However, graffiti with racist or sexist themes were removed, in agreement with Russian diplomats at the time.

The reconstruction was completed in 1999, with the Bundestag convening there officially for the first time on 19 April of that year. The Reichstag is now the second most visited attraction in Germany, not least because of the huge glass dome that was erected on the roof as a gesture to the original 1894 cupola, giving an impressive view over the city, especially at night.