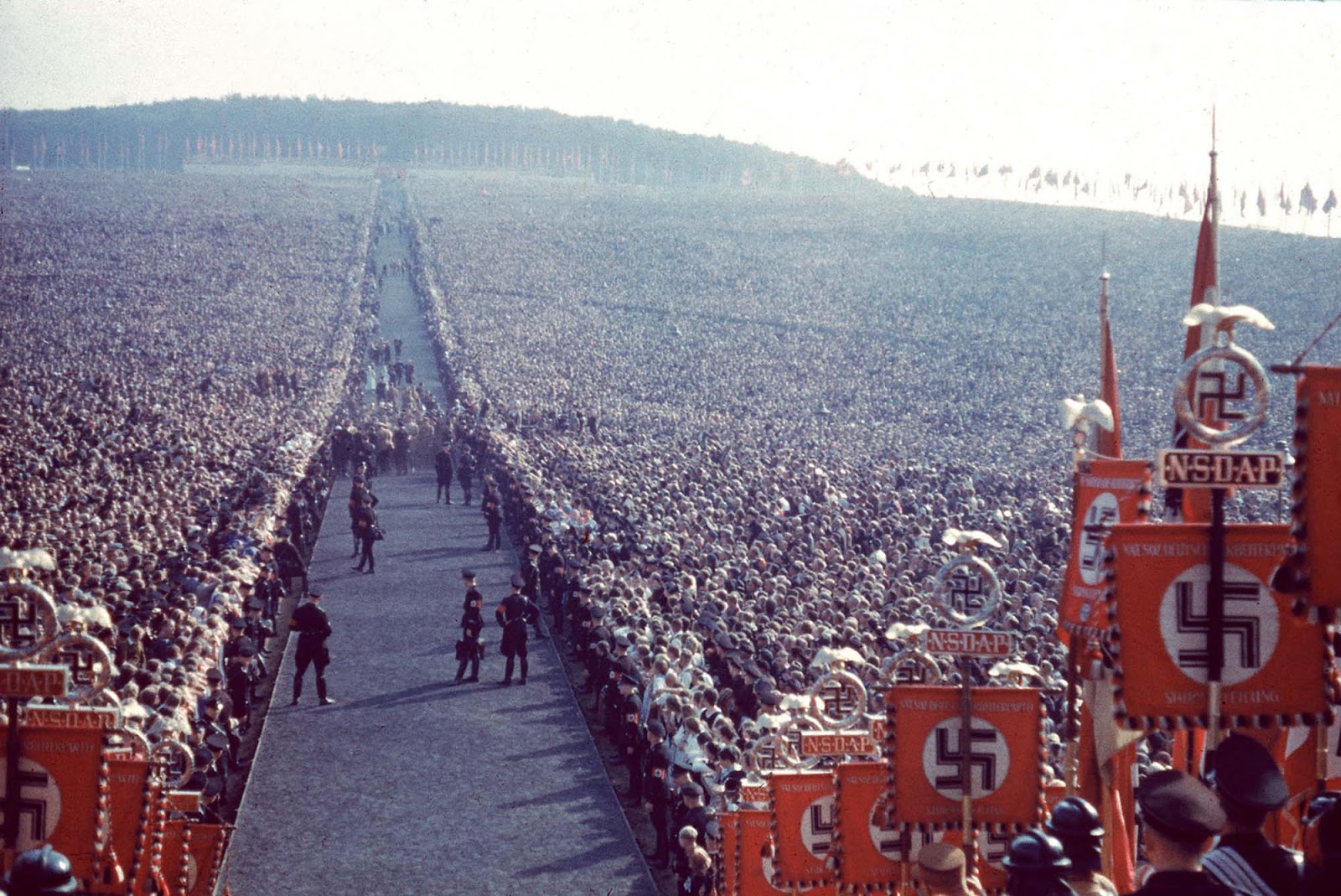 This is the Reichserntedankfest of 1934 in Buckeberg. That year, 700,000 people participated. Even those who did not support Nazis were totally blown away and emotionally shaken.

They had never experienced anything even remotely like this, there were no rock concerts back then. It created a spiritual feeling of sublime and unity among people who were participating.

When they were marching back to their tents in the night, they could still see the huge spotlights piercing the sky in the Buckeberg. They were totally pumped up and felt that things are really going to change better.

The official purpose of the festival was the recognition of the achievements of the German farmers, whom the Nazis called the Reichsnährstand (the Reich’s Food Estate).

The celebration was also used by the Nazis as a propaganda tool to showcase the connection between Adolf Hitler and the German people. The festival was part of a cycle of Nazi celebrations which included the annual party rally at Nuremberg, Hitler’s birthday celebrations, and other important events on the Nazi calendar.

In addition to its agricultural theme, the festival was used by the Nazis to increase the contact of the Führer with the masses and to demonstrate the Reich’s military prowess. From 1935, Wehrmacht staged mock battles at the festival with the participation of up to 10,000 soldiers, airplanes, and panzers.