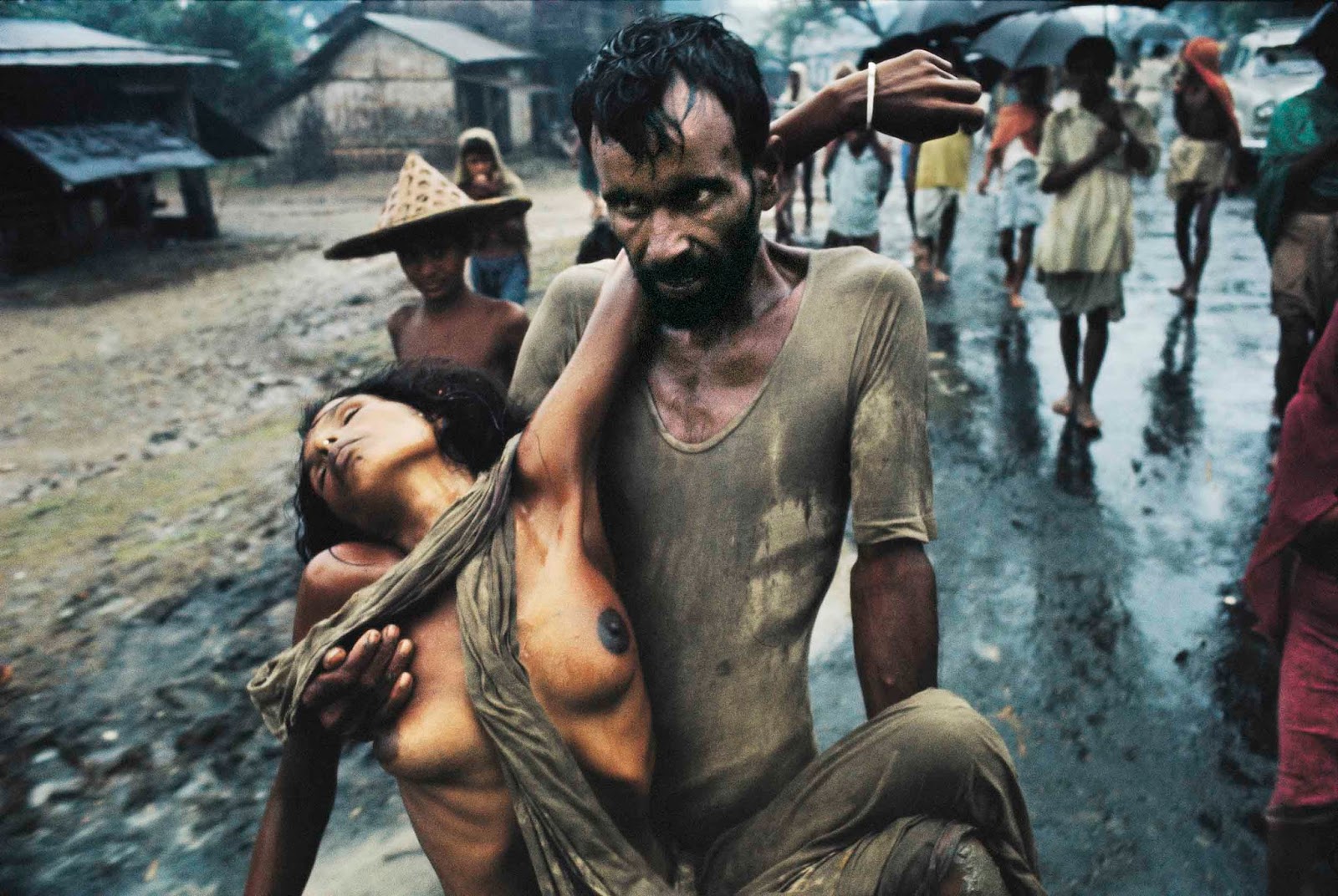 That is a look of determination. It says a lot about his love.

This photo is taken during the Bangladesh Liberation War. The atrocities of this war are little known to the Western. It lasted over a duration of nine months and witnessed large-scale atrocities. Also during the time cholera was rampant. This war resulted in Bangladesh becoming an independent state from West Pakistan, now just Pakistan.

Looking at the photo someone can see love right there. That is a look of determination. It says a lot about his love. The photographer is Mark Edwards and he later recalled: “I took this profoundly disturbing picture of a man carrying his cholera-stricken wife during the Bangladesh war in 1971. Ten million people crossed the East Pakistan border into India to escape the horrors of this bloody war”.

In August 1947, the official birth of two states Pakistan and India, gave a permanent home for Hindus and Muslims from the departure of the British. The Dominion of Pakistan comprised two geographically and culturally separate areas to the east and the west with India in between.

The two parts of Pakistan had also many other problems: Language controversy (West spoke Urdu/Panjabi and the East spoke Bengali language. Nevertheless, Urdu was declared the official language). Disparities (Although East Pakistan had a larger population, West Pakistan dominated the divided country politically and received more money from the common budget).

Political differences (Although East Pakistan accounted for a slight majority of the country’s population, political power remained in the hands of West Pakistanis.

Since a straightforward system of representation based on population would have concentrated political power in East Pakistan, the West Pakistani establishment came up with the “One Unit” scheme, where all of West Pakistan was considered one province. This was solely to counterbalance the East wing’s votes).

How did the war and genocide start?

The war broke out on 26 March 1971, when the Pakistani Army launched a military operation called Operation Searchlight against Bengali civilians, students, intelligentsia, and armed personnel, who were demanding that the Pakistani military junta accept the results of the 1970 first democratic elections of Pakistan, which were won by an eastern party, or to allow separation between East and West Pakistan.

During the war, there were widespread killings and other atrocities. The casualty figures vary greatly, but it’s generally accepted 200,000–3,000,000 for Bangladesh as a whole. Also the exodus of 10 million refugees and the displacement of 30 million people.

Numerous women were tortured, raped, and killed during the war; the exact numbers are not known and are a subject of debate. Bangladeshi sources cite a figure of 200,000 women raped, giving birth to thousands of war babies.