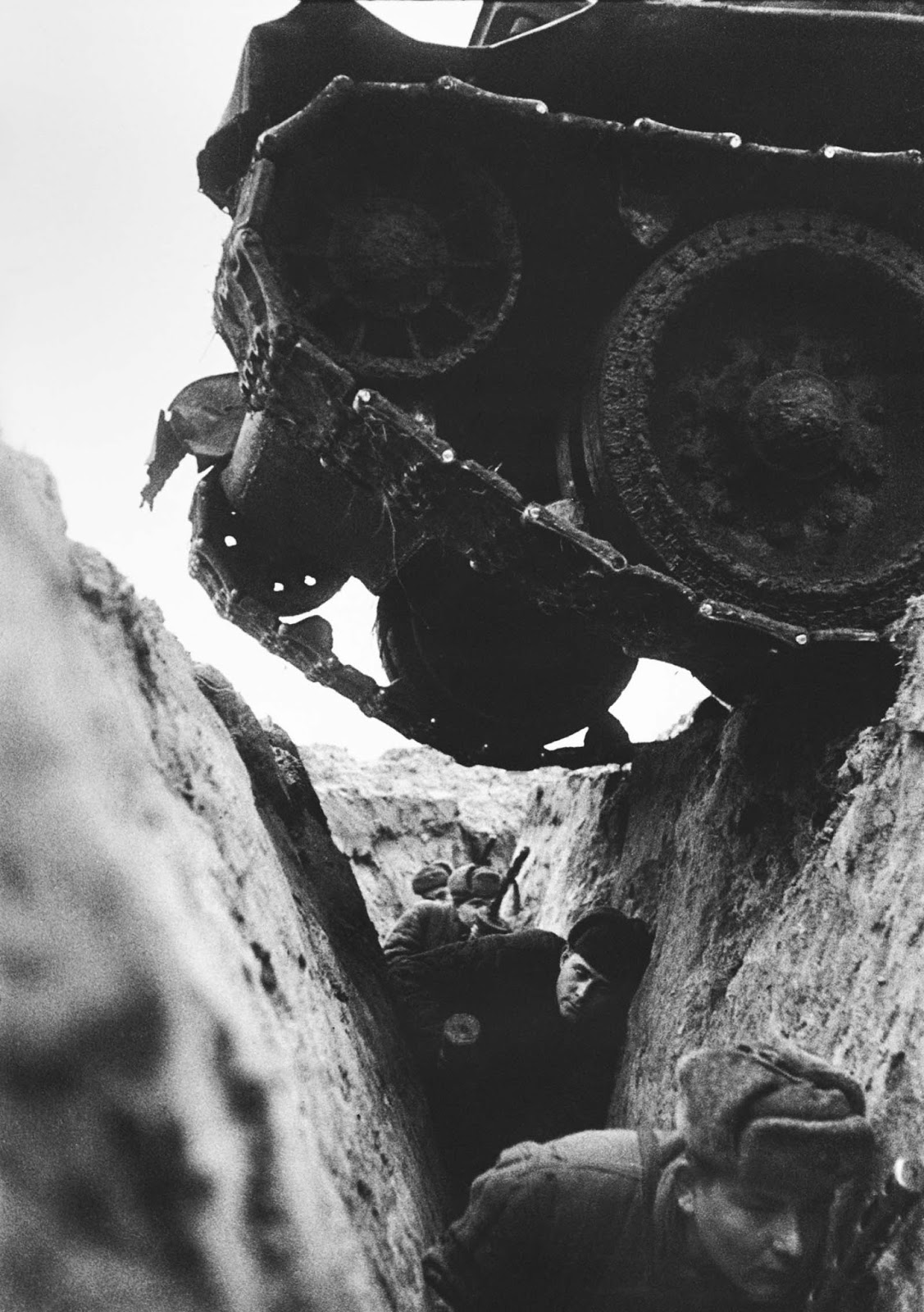 Soldiers were training against fear of tanks.

Soviet soldiers duck under passing tanks during an intensive training before the Battle of Kursk. The goal was to desensitize them to this experience and also to teach them the importance of digging trenches and holes strong enough to resist being driven over by tanks. Russian soldiers called this training “ironing”.

The Germans actually developed a technique called “milling” to squish enemy troops to death who are hiding in foxholes or trenches, which is essentially wiggling the tank side to side to dig down and crush the occupant of the hole.

Part of infantry training was focused on overcoming the soldiers’ fear of tanks and on the ability to control antitank rifles, grenades, and Molotov cocktails to perfections in order to boldly enter battle against the enemy.

The Battle of Kursk was an engagement between the Soviet and German forces near Kursk in summer 1943. It featured a German attack on the Kursk salient (Operation Citadel), followed by 2 Soviet counterattacks, over a total of 1 month and 18 days. The result was a strategic Soviet victory, and the Soviet army taking the strategic initiative for the rest of the war.

This battle was to have major consequences for the Germans. It was the last major offensive they launched in the Soviet Union. Now, their forces only faced retreat and attempting to stop the onslaught of the Red Army.

The material damage done to the German Army was massive – 500,000 men were killed, wounded, or missing; vast amounts of armor had been lost.