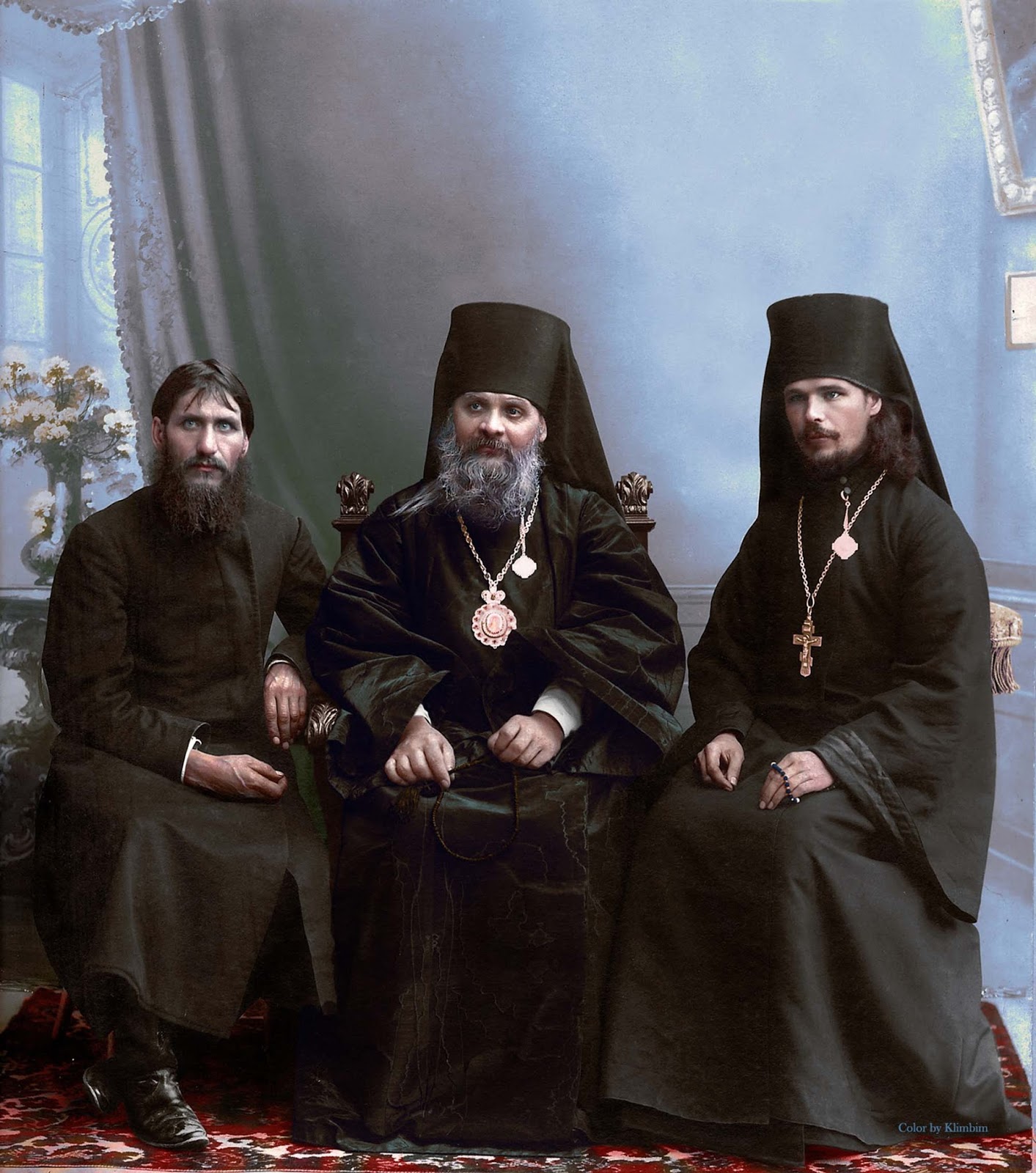 Rasputin, Hermogen and Iliodor next to each other in 1906. Within a few years the three men became bitter enemies.

Grigori Yefimovich Rasputin was a Russian peasant, mystical faith healer, and trusted friend of the family of Nicholas II, the last Tsar of Russia. He became an influential figure in Saint Petersburg, especially after August 1915, when Nicholas took command of the army fighting in World War I.

Hermogenes was a prominent Russian Orthodox religious figure and a monarchist with extreme right ideas, supporting the Union of the Russian People and Black Hundreds. In 1917, he was appointed as Hermogenes, Bishop of Tobolsk and Siberia.

Hieromonk Iliodor (Sergei Trufanov) was a lapsed hieromonk, a charismatic churchman, an enfant terrible of the Orthodox church, and panslavist. He is known primarily for his book, semi-autobiographical, and biographical on Rasputin.

In this work, he was supported by Maxim Gorky, who hoped that Trufanoff’s story on Rasputin would discredit the Tsar’s family and eventually contribute to the revolutionary propaganda. 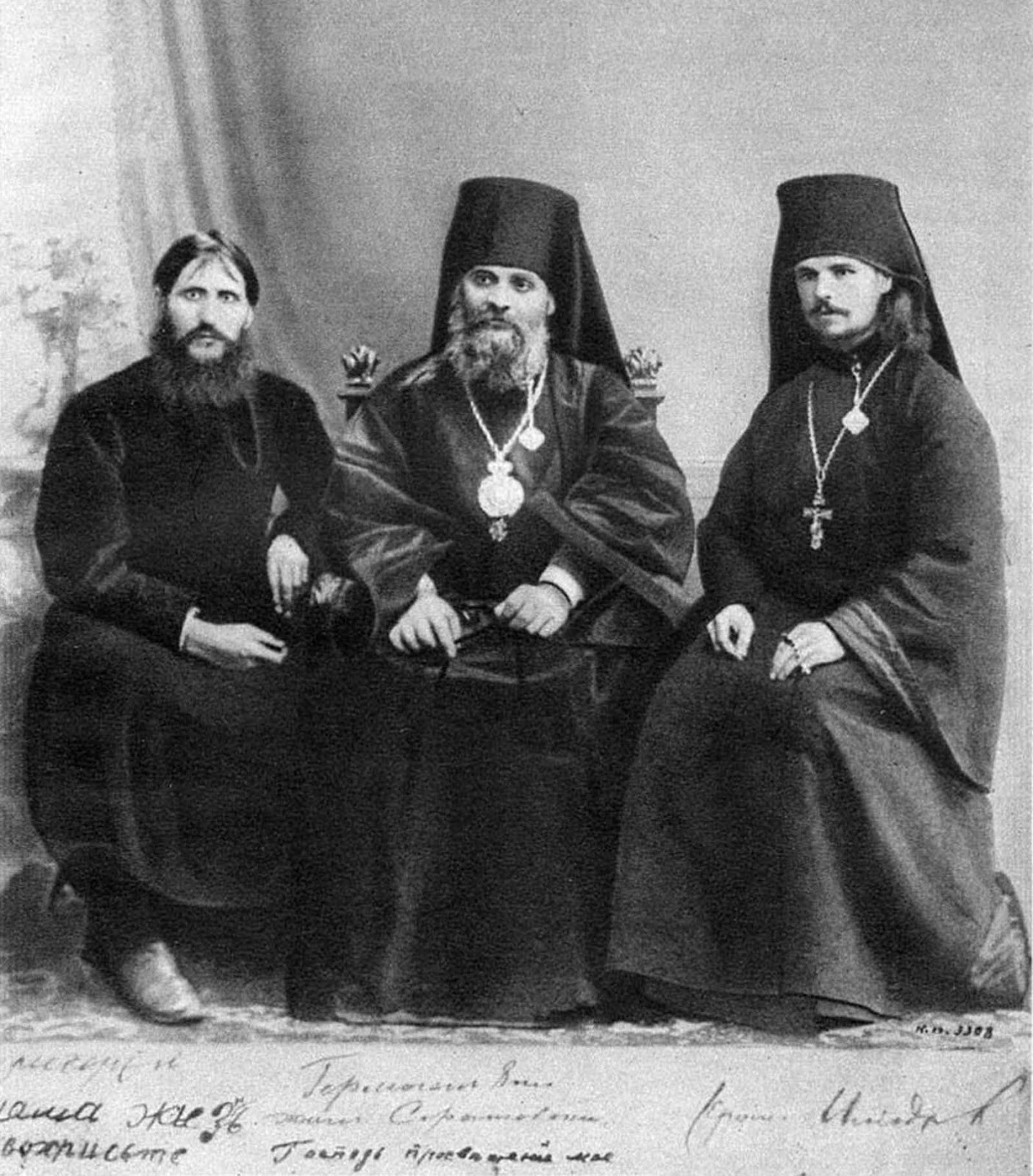 In December 1911, Hermogenes and Iliodor came into conflict with Rasputin, who had almost free access to the Imperial family. Hermogen started rumors that Rasputin had joined the Khlysty, an obscure Christian sect with strong Siberian roots.

After having been beaten by Hermogen with a crucifix, in a monastery on Vasilyevsky Island, Rasputin complained to the Imperial couple. Within a few weeks, Empress of Russia Alexandra ordered Hermogenes to be banished to a monastery.

Gusseva, a fanatically religious woman, had been his adherent in earlier years and “denied Iliodor’s participation, declaring that she attempted to kill Rasputin because he was spreading temptation among the innocent”.