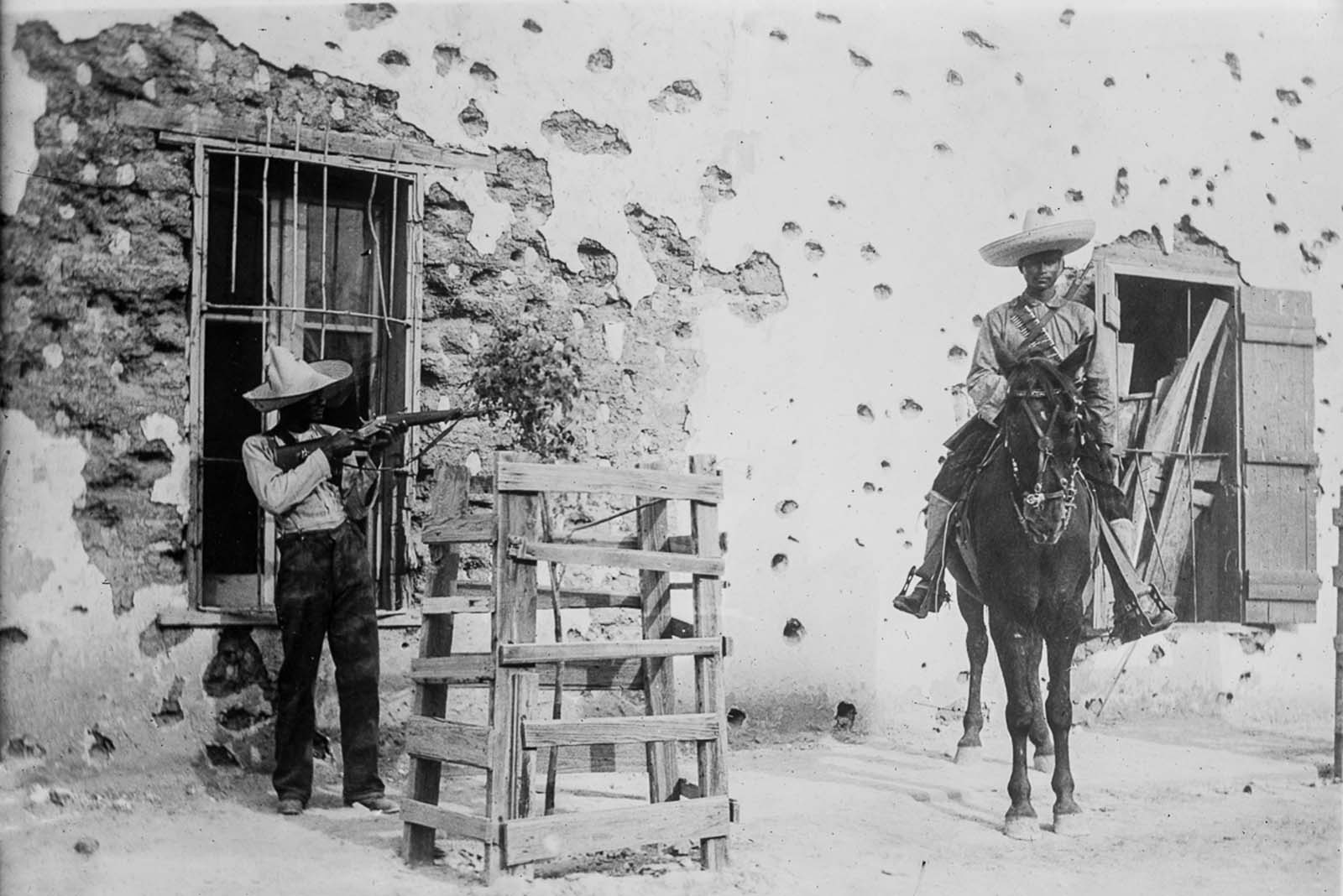 Rebels in front of an adobe house riddled with bullet holes in Ciudad Juárez.

The Battle of Ciudad Juárez marked the end of the first phase of the Mexican Revolution. It was fought between federal forces loyal to President Porfirio Díaz and rebel forces of Francisco Madero.

Diaz’s 34-year dictatorial rule met with much opposition and by the end of 1910 opposition had resulted in a guerrilla campaign against his Federal soldiers. The attacks, led by Francisco “Pancho” Villa, Pascual Orozco, and Emiliano Zapata, convinced exiled opposition leader Francisco Madero to return to Mexico.

On 7 April, Madero, Villa, and Orozco launched an attack, with a force of 2,500 untrained men, at the strategically important Ciudad Juárez, which lay on Mexico’s border with the United States. The city was defended by 700 Federal soldiers commanded by General Juan Navarro.

Across the border, in the U.S. town of El Paso, thousands of Americans gathered to watch the battle. Using barricades and machine guns, Navarro had prepared a strong, well-organized defense of the city.

The rebels took control of the bridges connecting the city to the US, cut off electricity and telegraph, captured the bullring and reached the outskirts of the city center (where the second line of defenses had been constructed) on the first day of fighting.

unknown to the defenders, the insurrectionists had with them significant supplies of dynamite and foreign experts from other guerrilla wars, including Boer Gen. Ben Viljoen and the grandson of the famous Italian revolutionary Giuseppe Garibaldi II.

In order to counteract the formidable defenses, the rebels developed an effective strategy that managed to circumvent Navarro’s well-placed machine-gun nests and street barricades.

Rather than attacking through the streets, the rebels used the dynamite to blow the walls of the adobe houses that were huddled up next to each other, which allowed them to proceed through the city house by house.

By 8 May, the besieged Federal troops occupied a few buildings in the city center and had run out of water. With fighting restricted to close combat, the Federal army’s superior artillery was of little use. Two days later, Navarro surrendered.

After capturing the town, Madero and his revolutionary movement achieved a new kind of credibility, both within Mexico and in the US. Some American journalists crossed the border in order to congratulate Madero personally, and reported back to American readers on the quick and efficient way that order within the city had been reestablished. Together with the Battle of Cuautla, Ciudad Juárez led to Diaz’s resignation, which brought Francisco Madero to power. 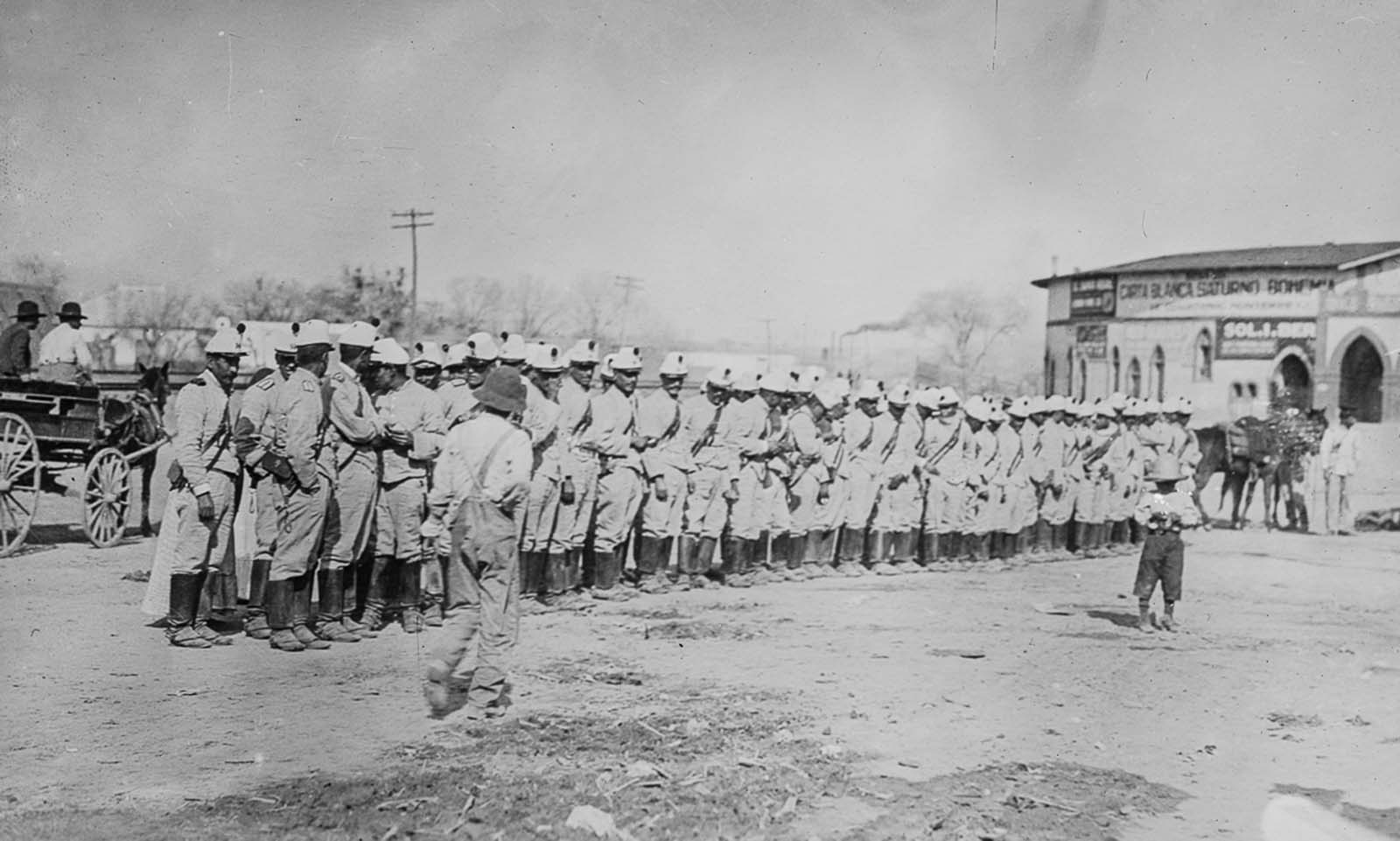 General Navarro’s federal troops form up near a bullring in Ciudad Juárez. 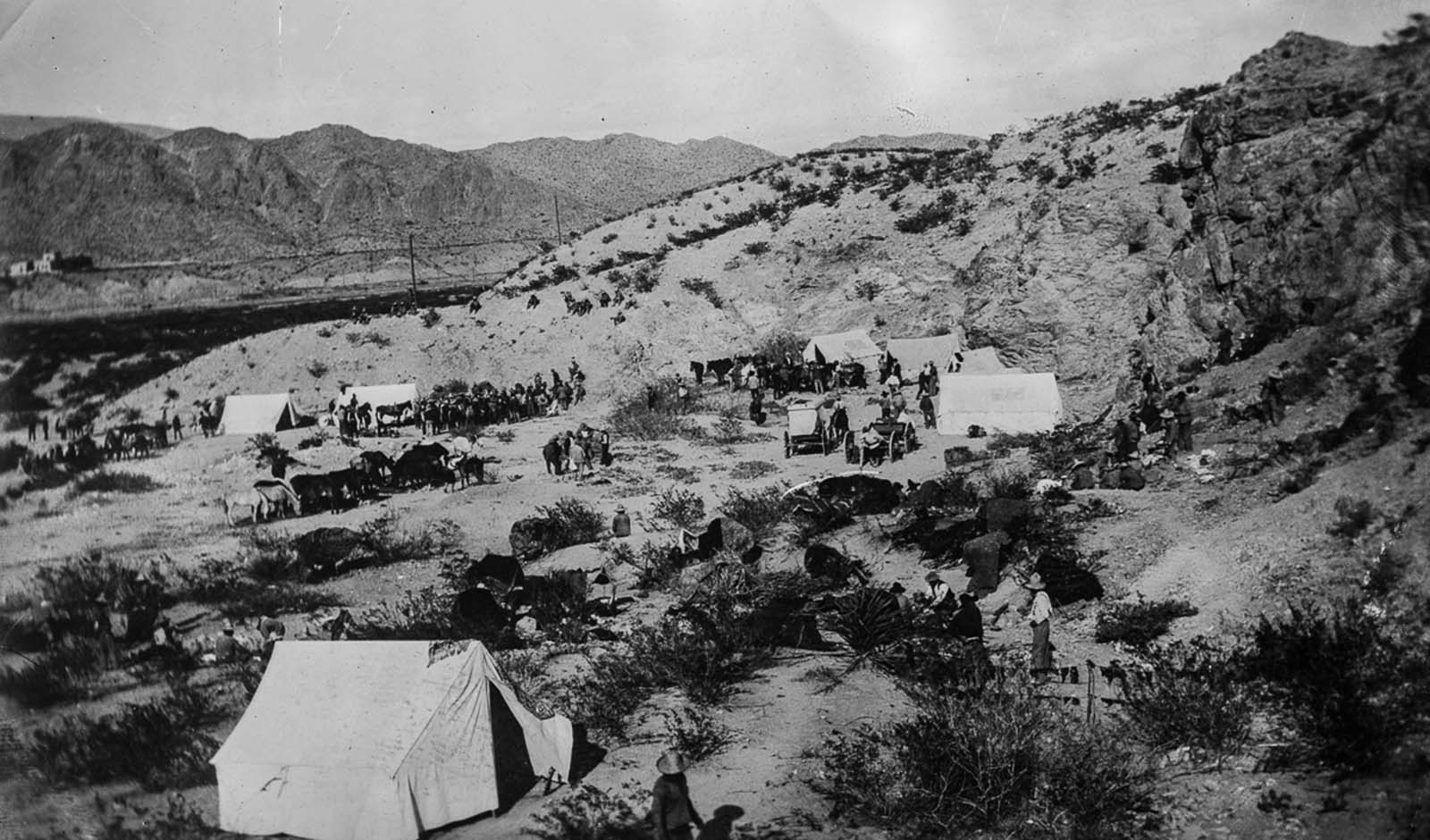 A rebel camp outside Ciudad Juárez. 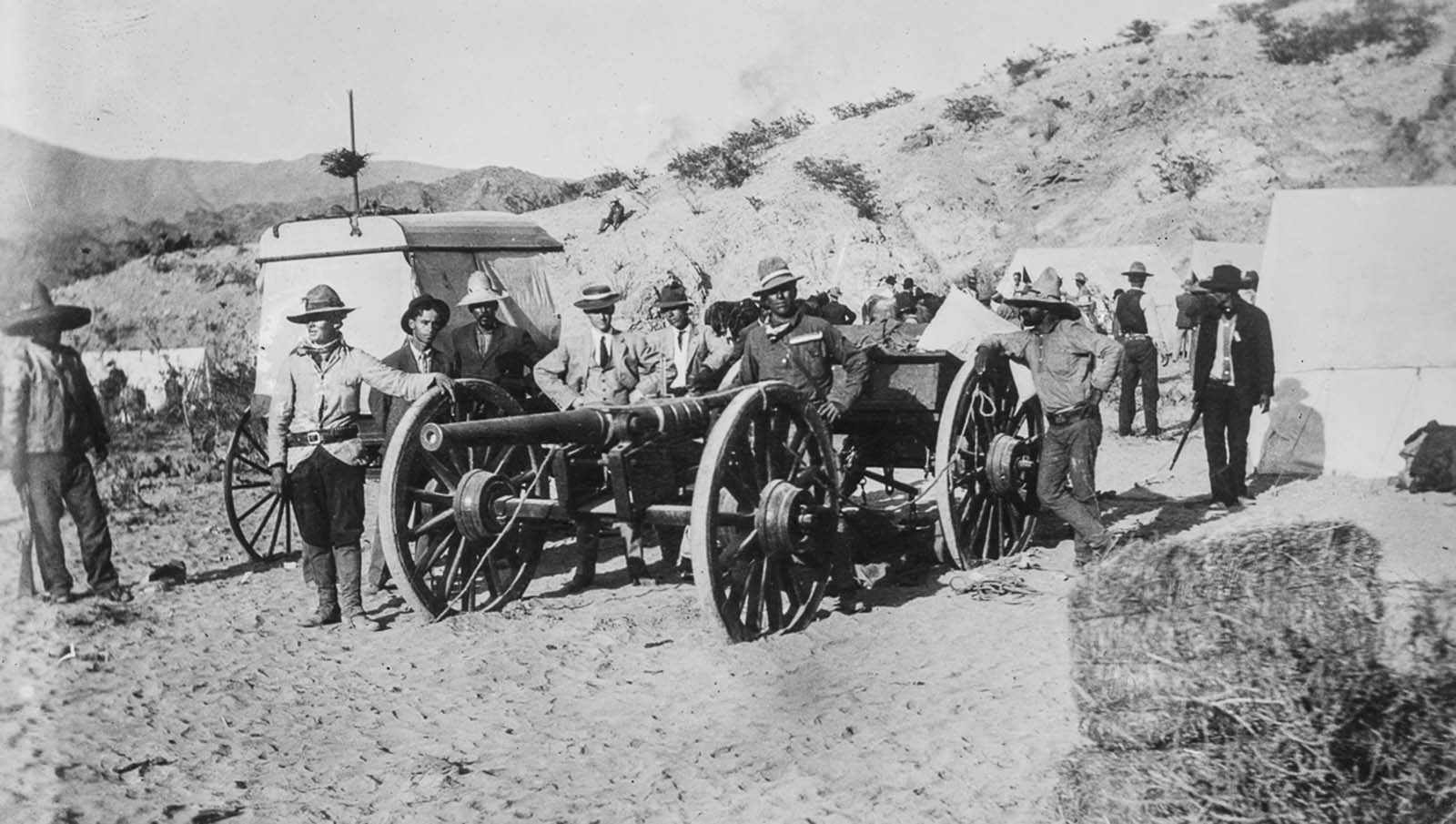 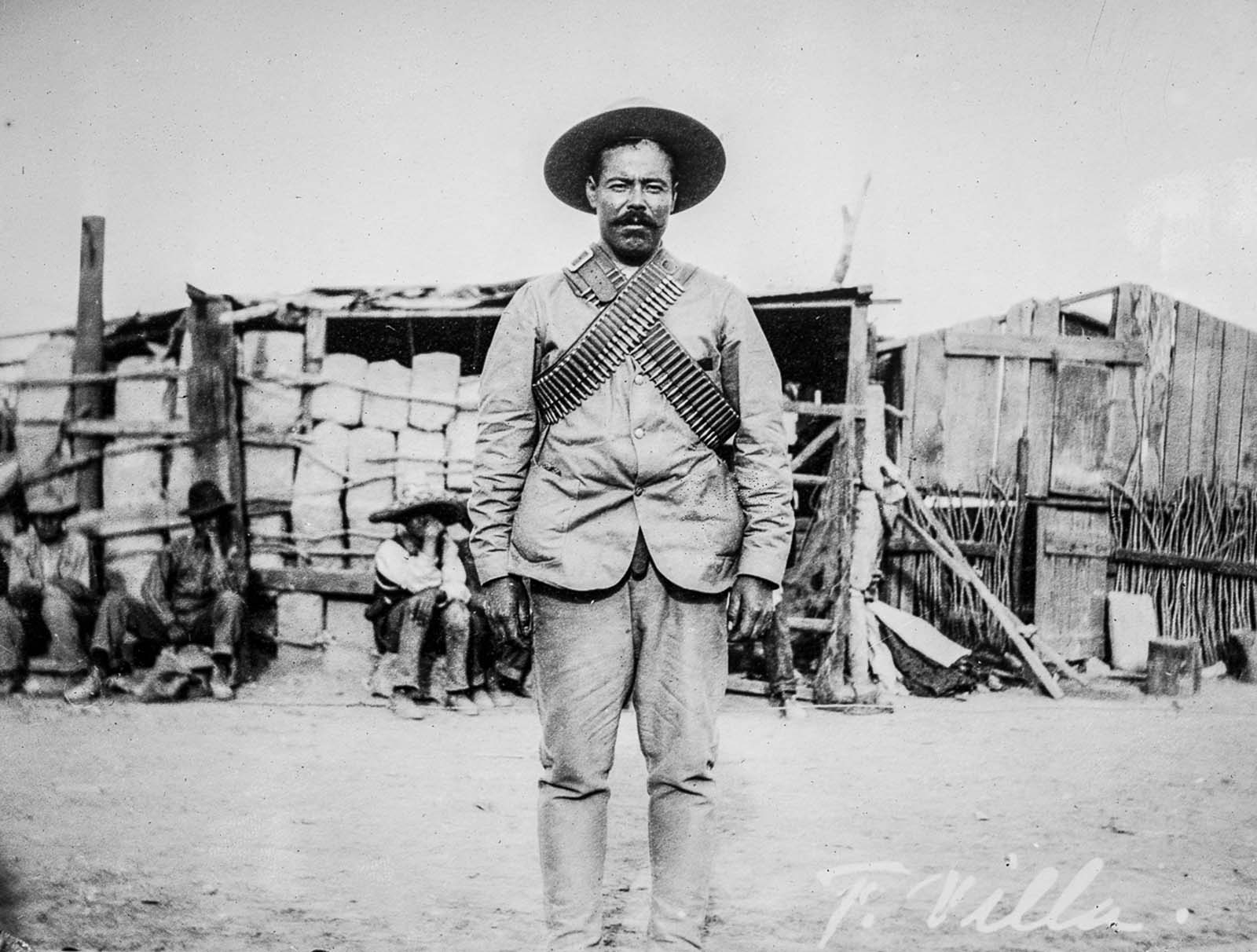 Pancho Villa during the capture of Ciudad Juárez. 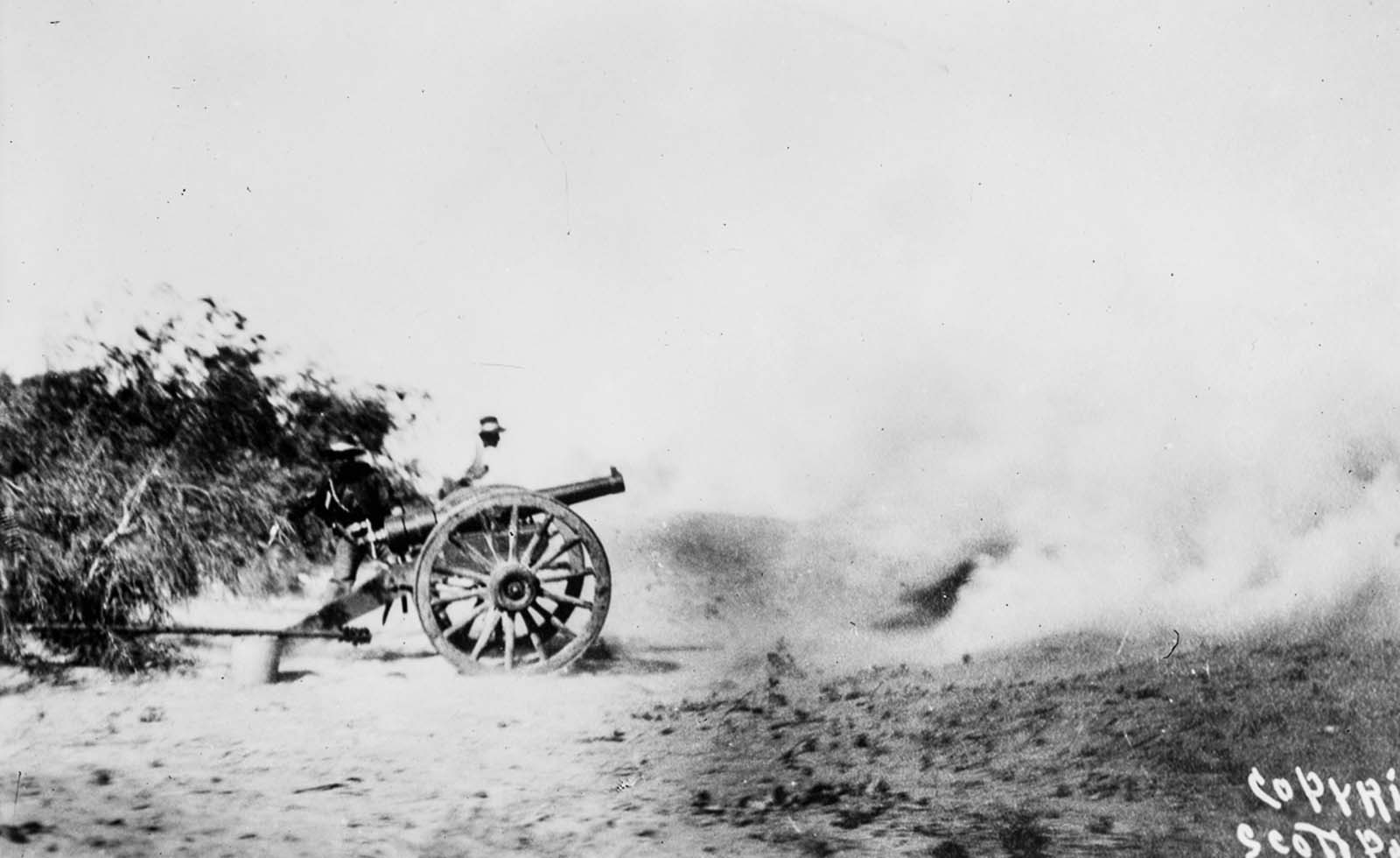 Rebels fire on Ciudad Juárez with a cannon. 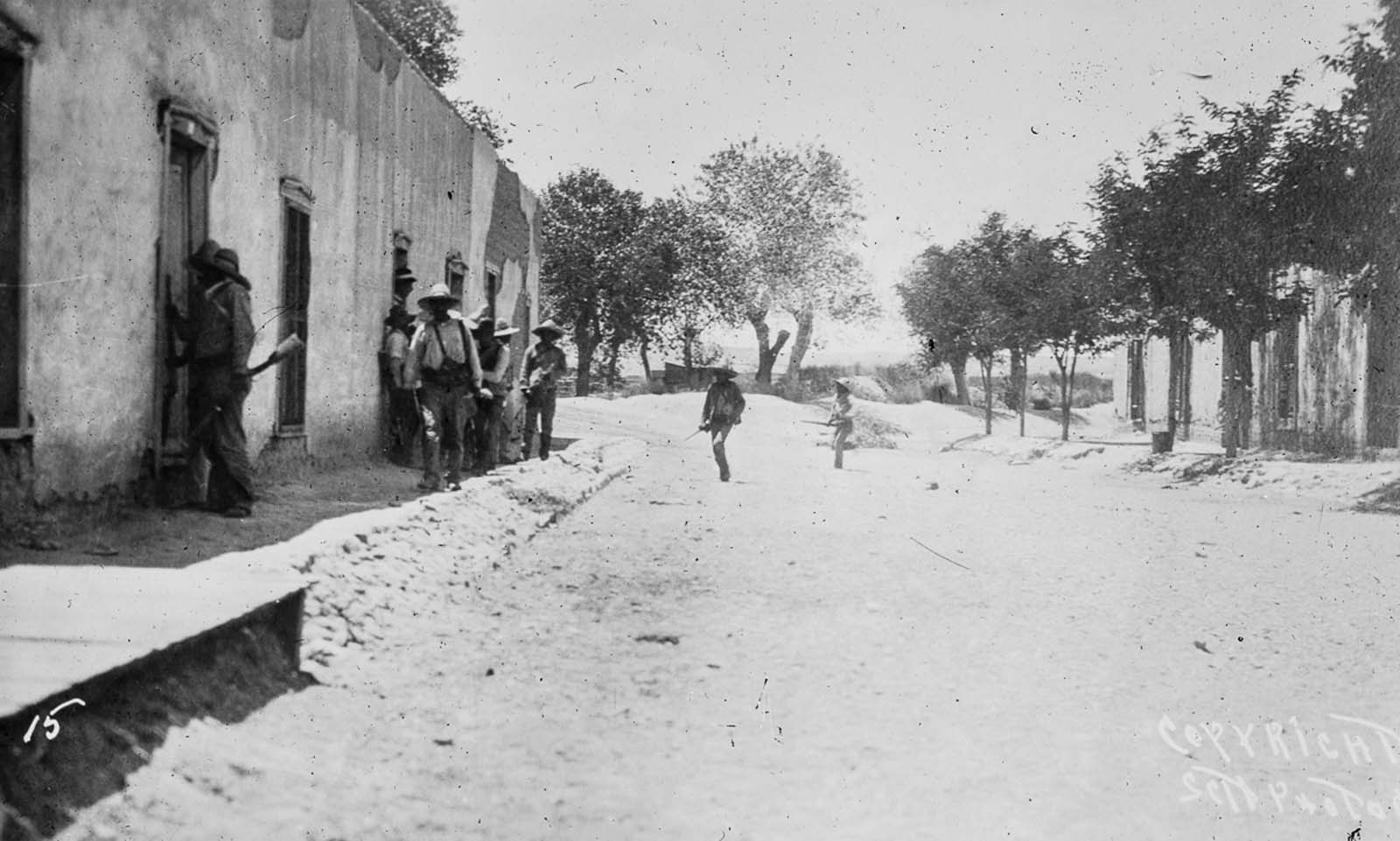 Rebel fighters dash across a Juárez street under fire. 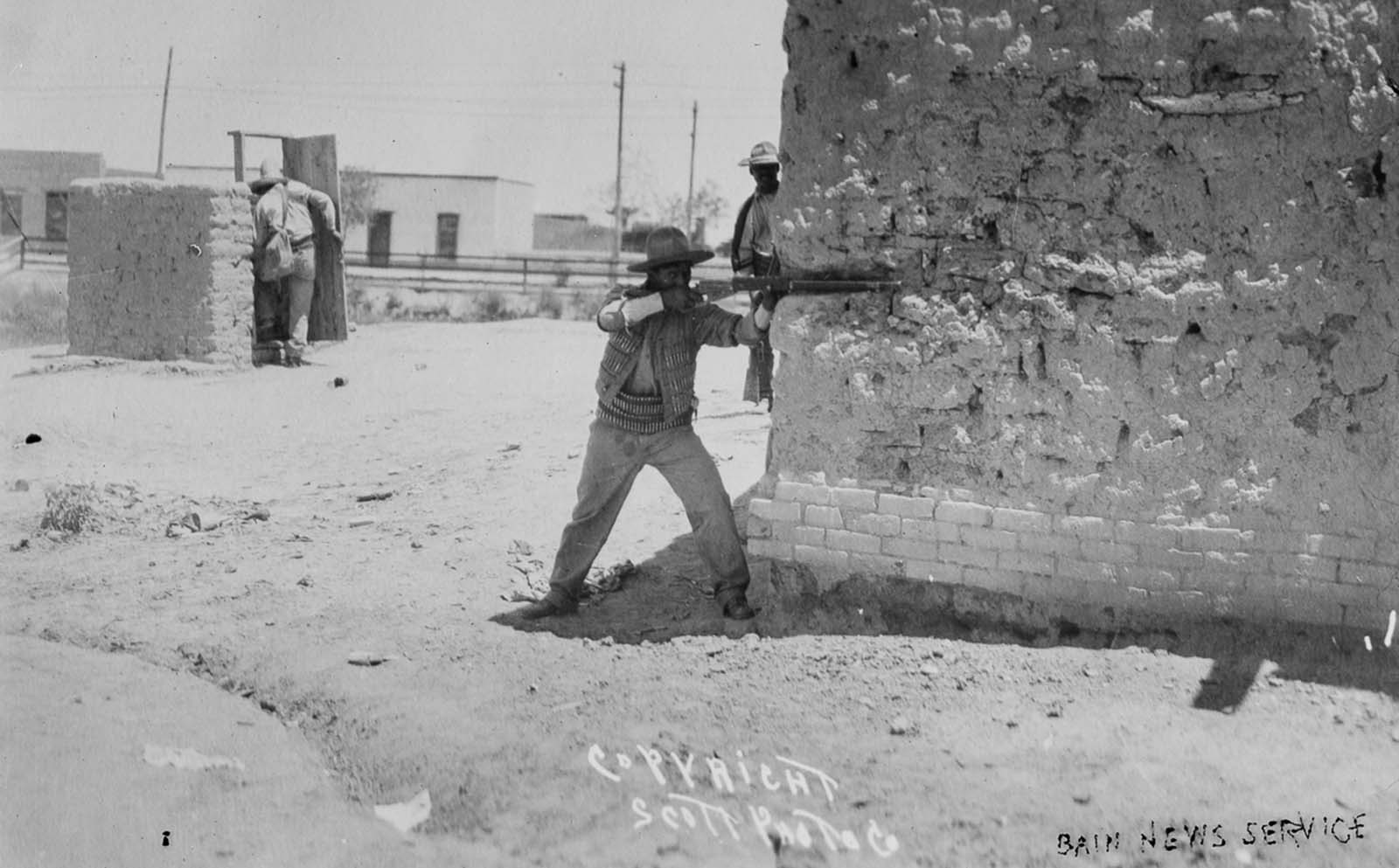 Rebels battle in the streets of Ciudad Juárez. 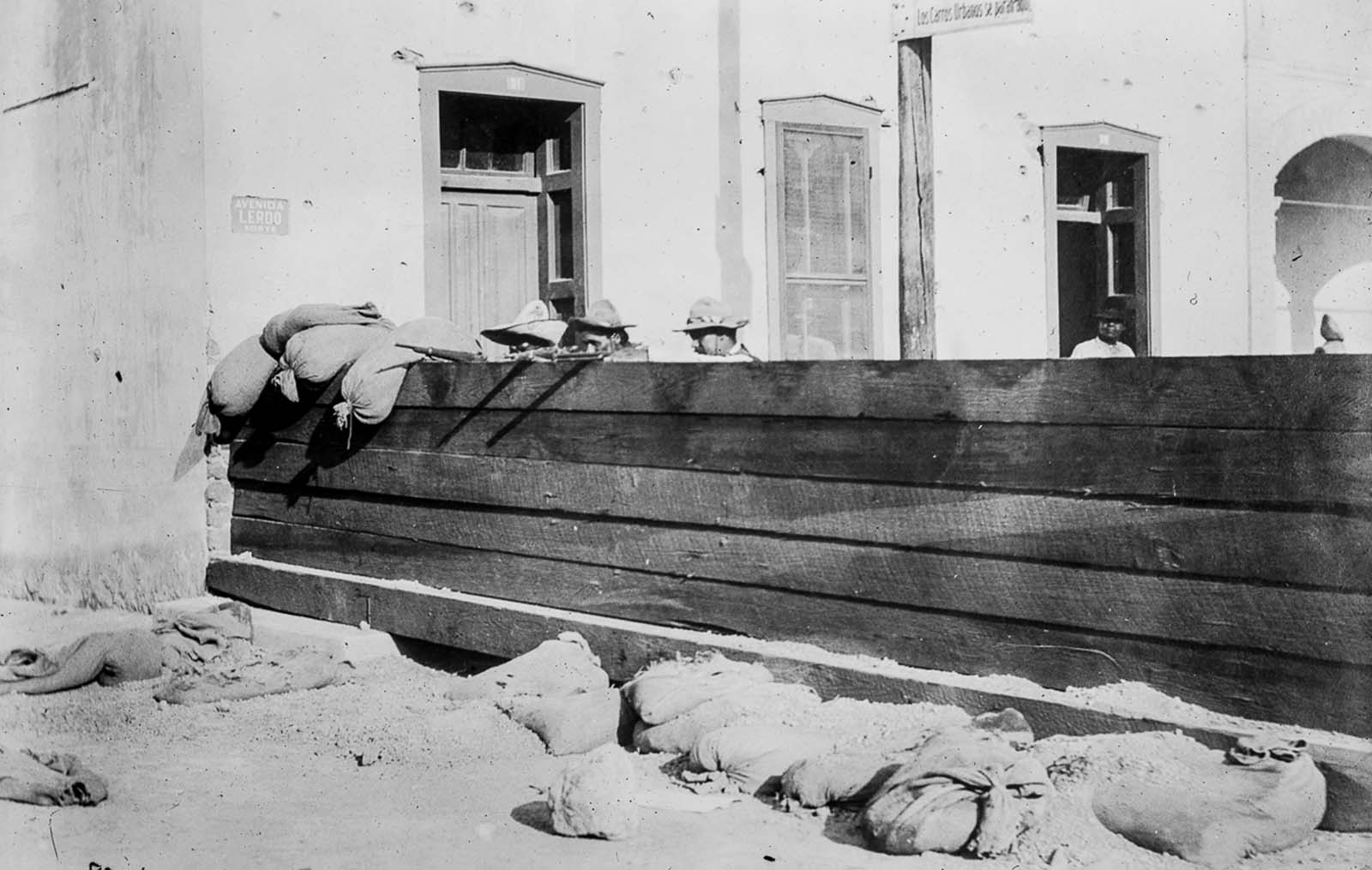 A federal barricade in Ciudad Juárez captured by rebels. 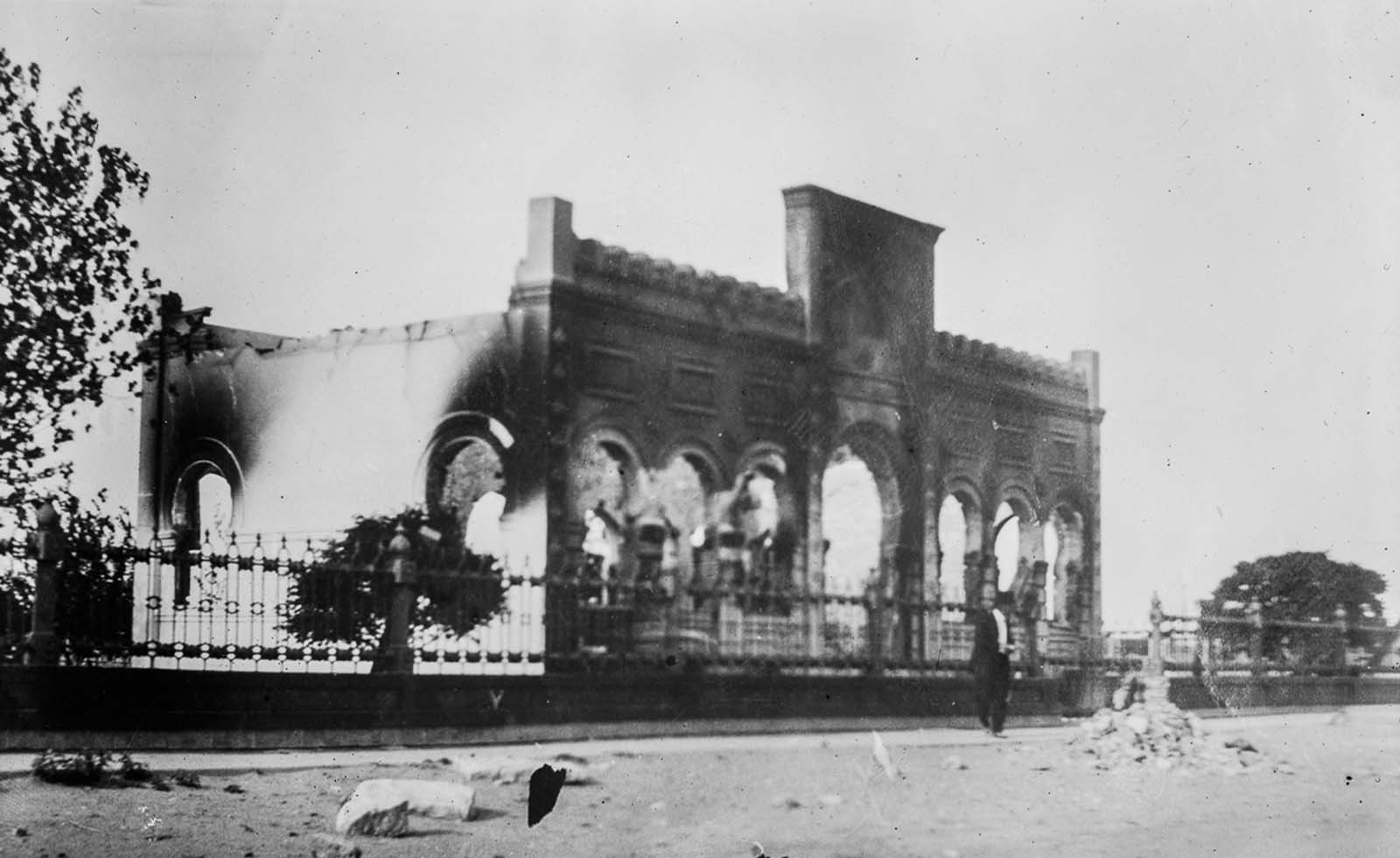 A Ciudad Juárez library is damaged by battle. 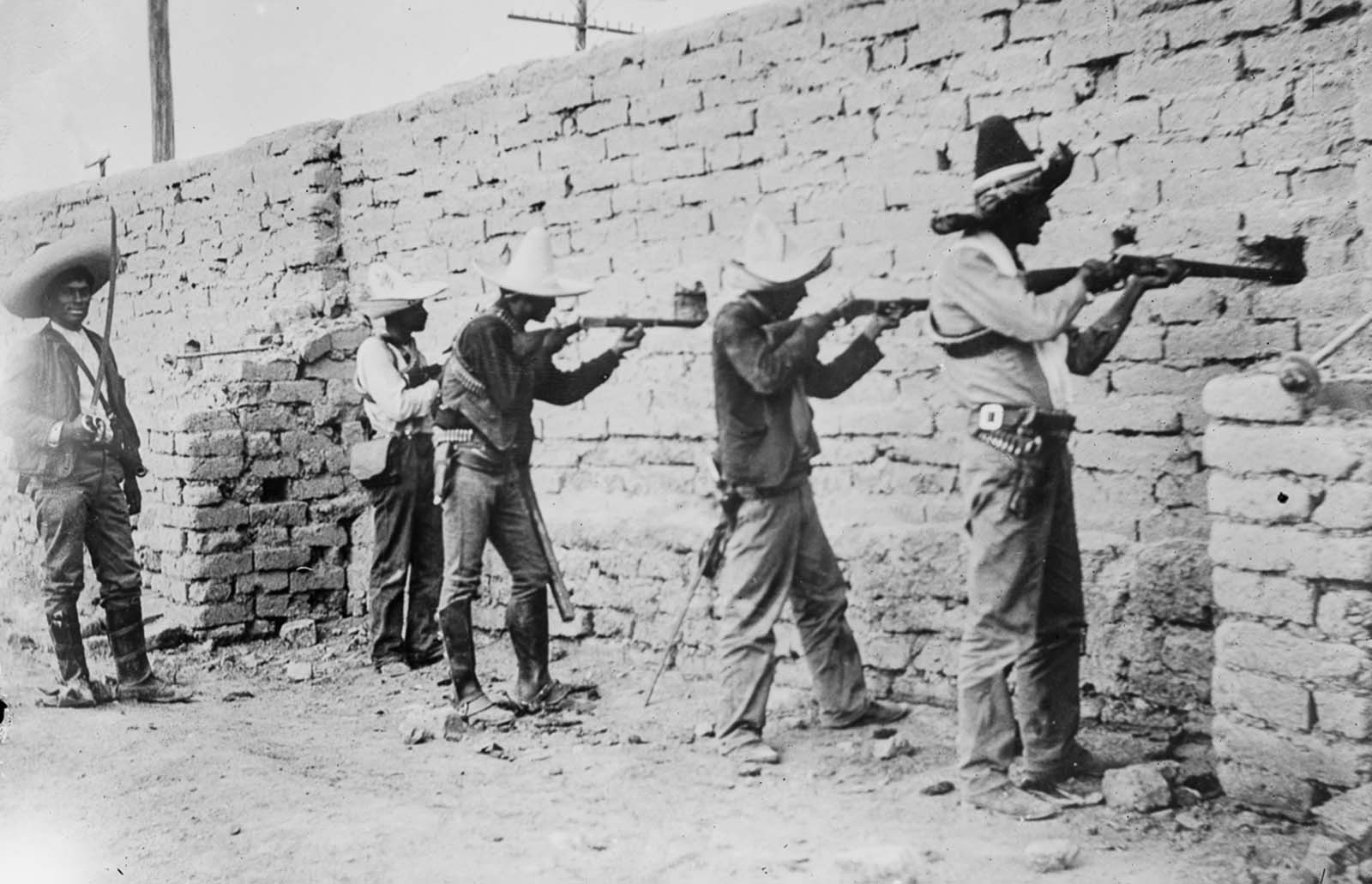 Rebels take aim from a fortified position in Ciudad Juárez. 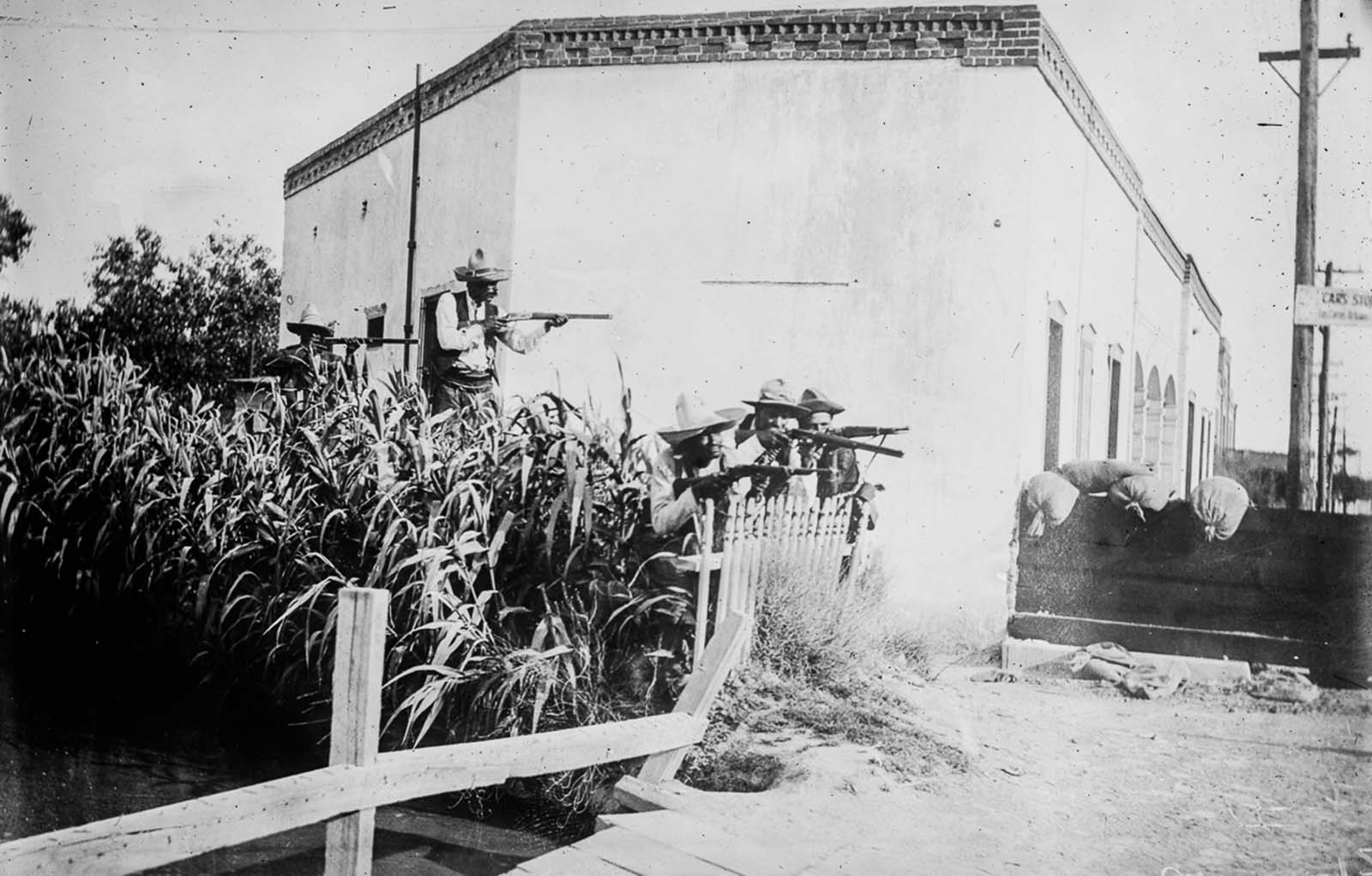 Rebels take up firing positions near an irrigation ditch. 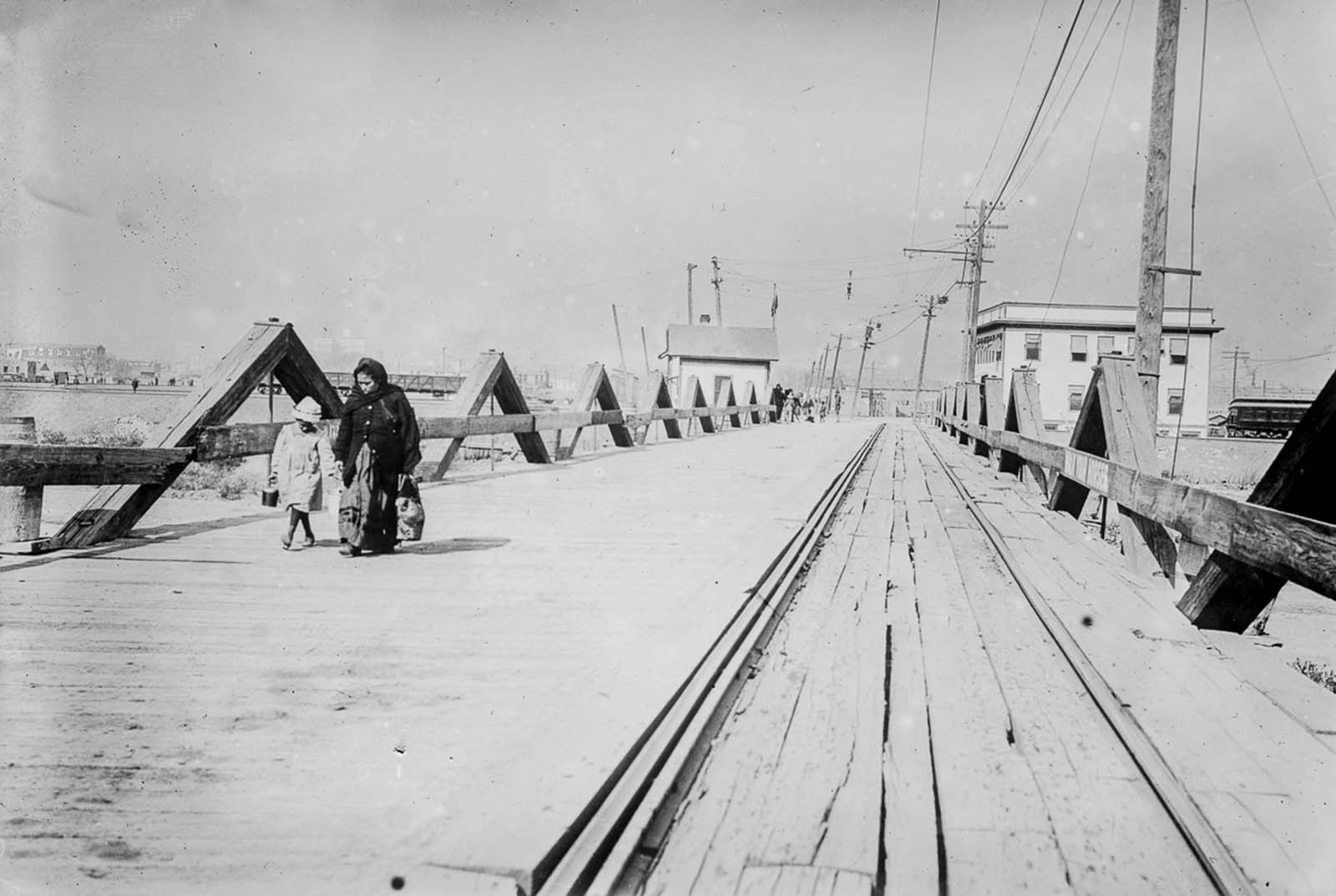 The bridge between Ciudad Juárez, Mexico, and El Paso, Texas. 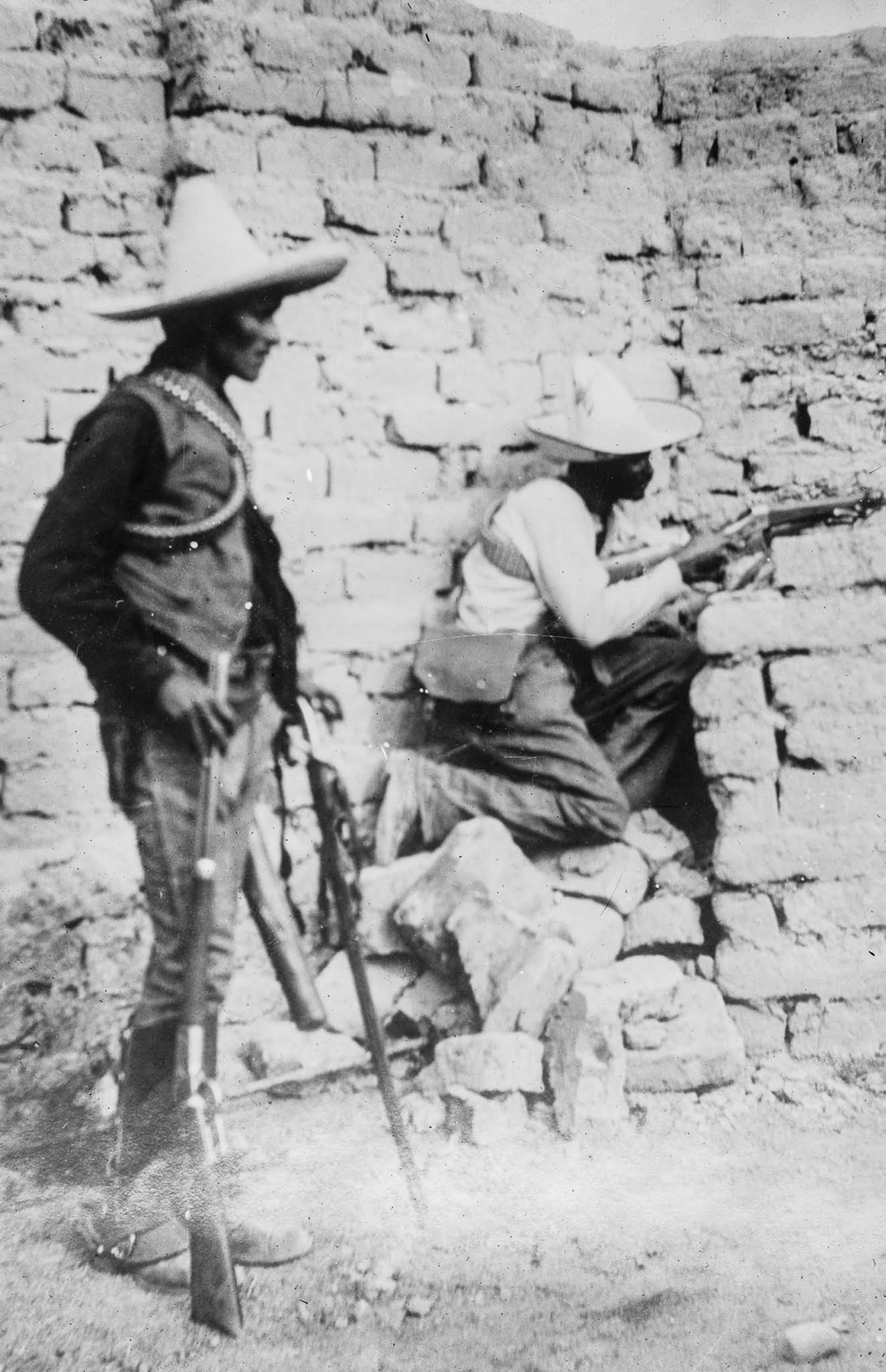 Rebels in a firing position in Ciudad Juárez. 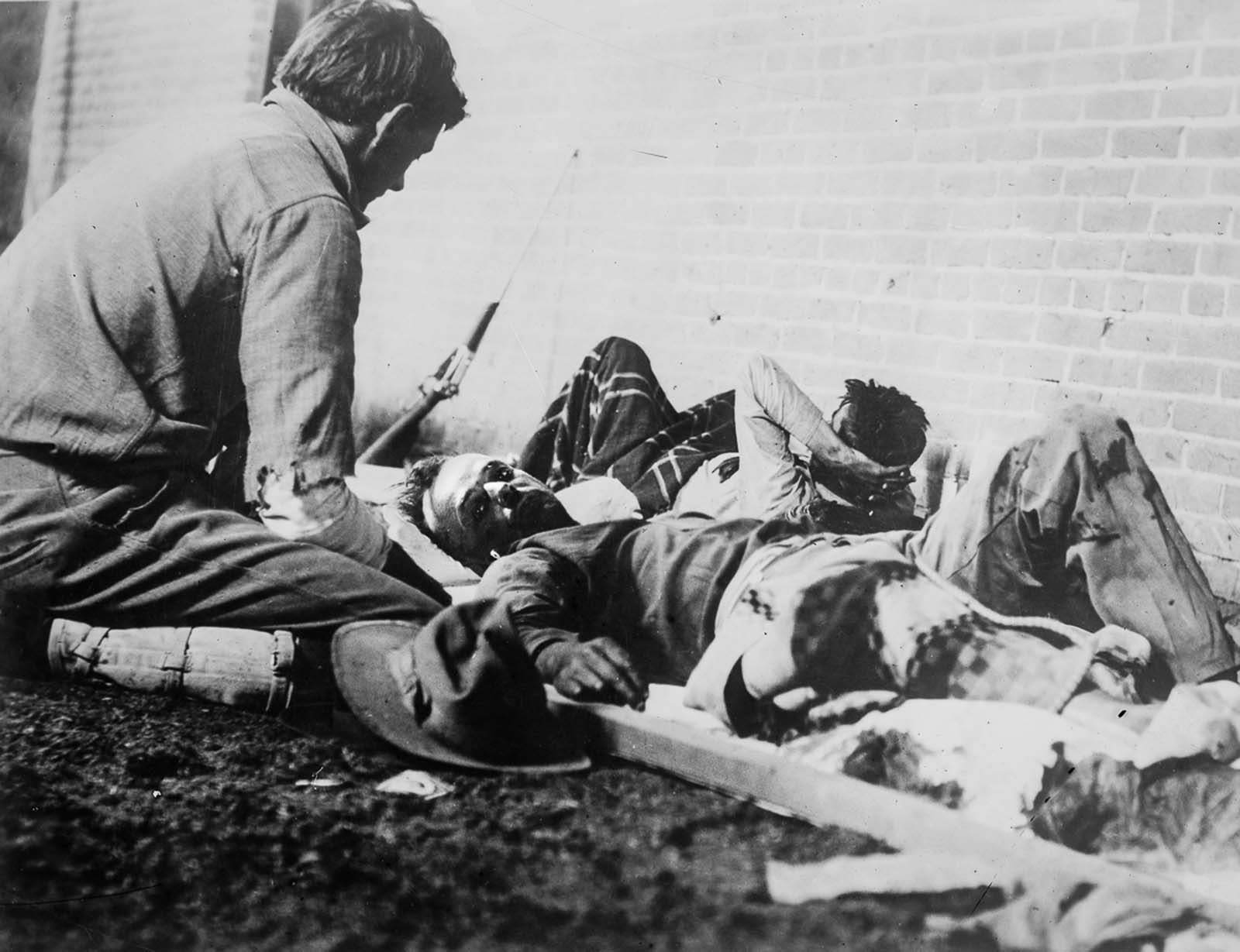 A soldier wounded in the battle for Ciudad Juárez receives treatment. 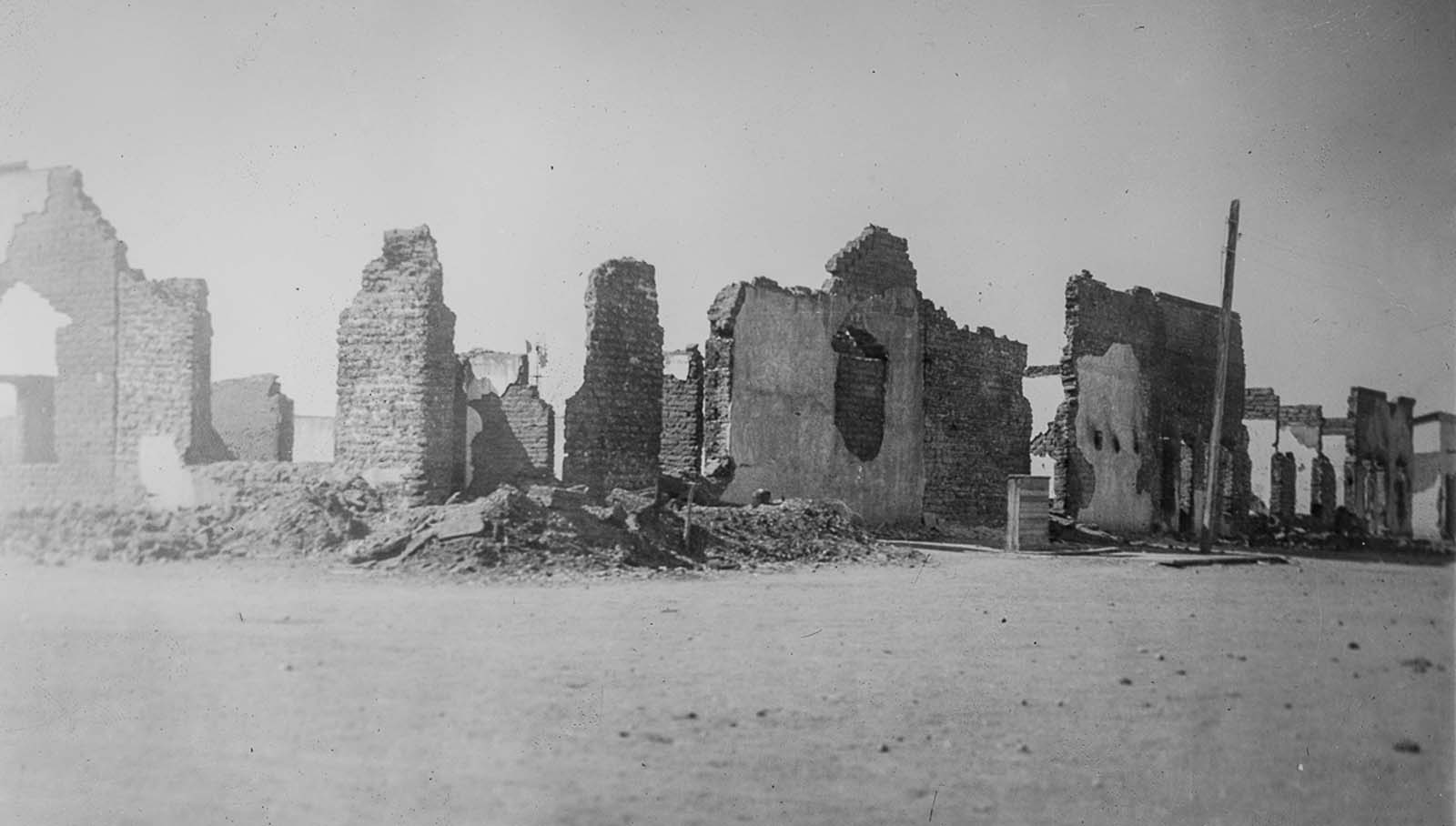 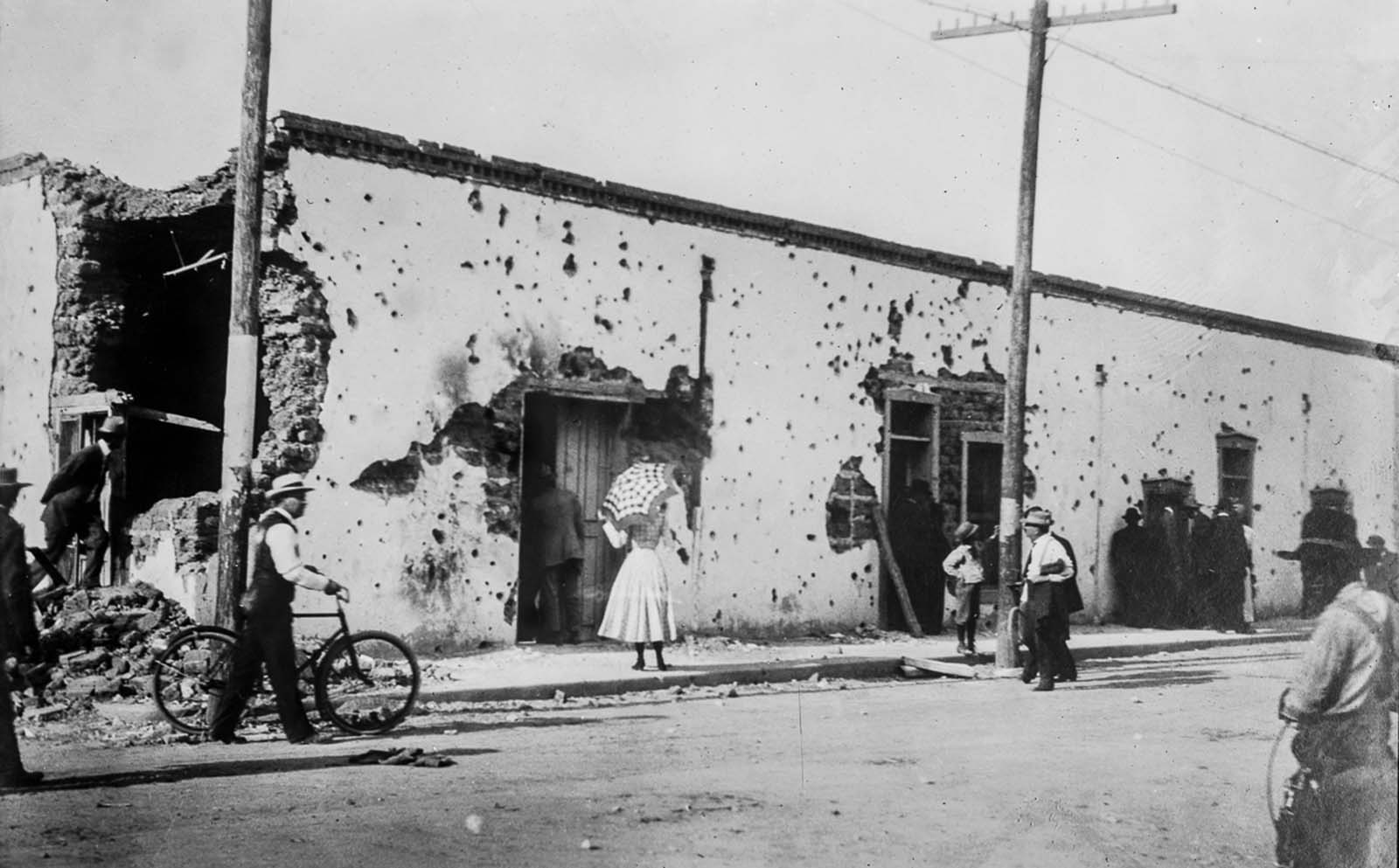 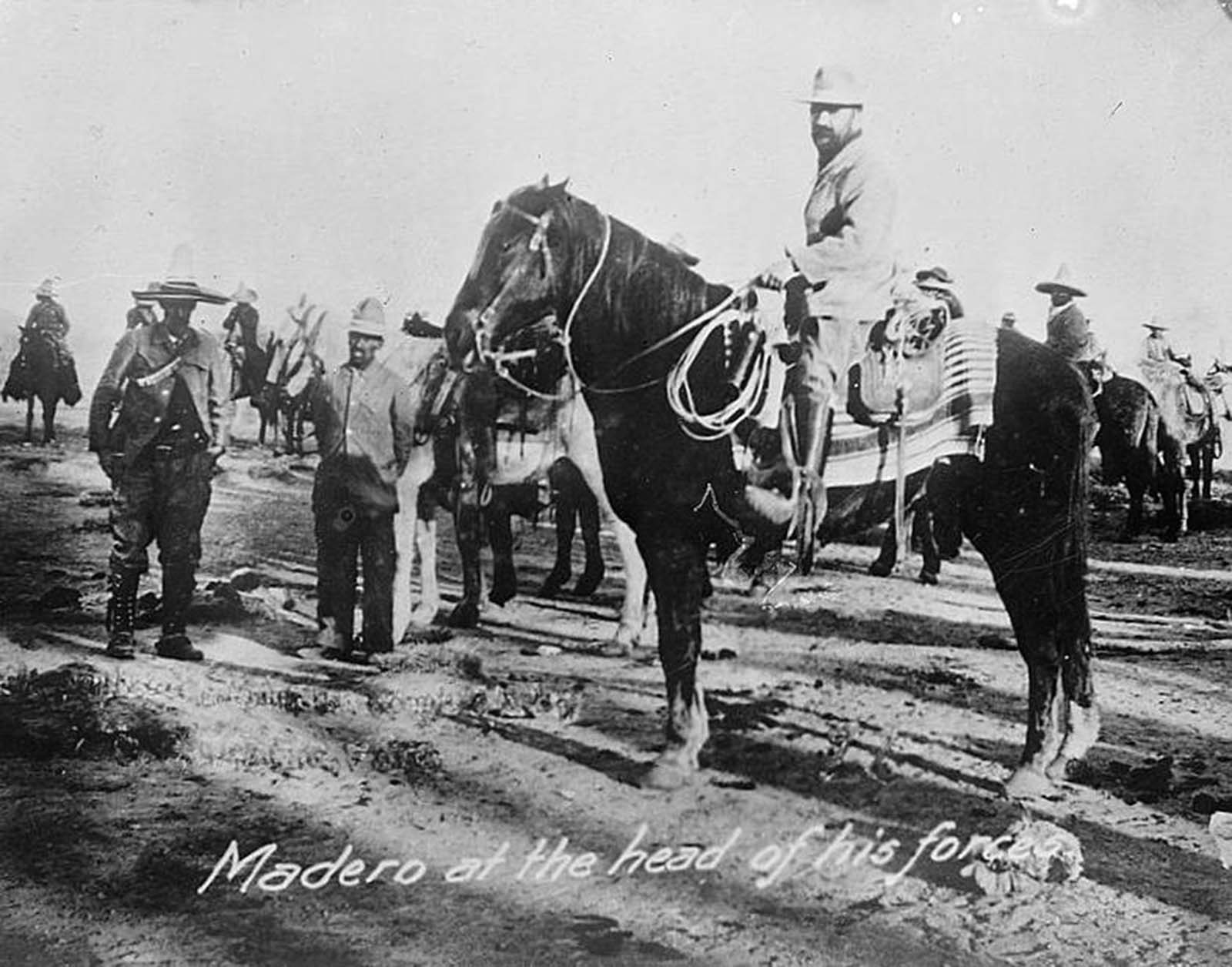 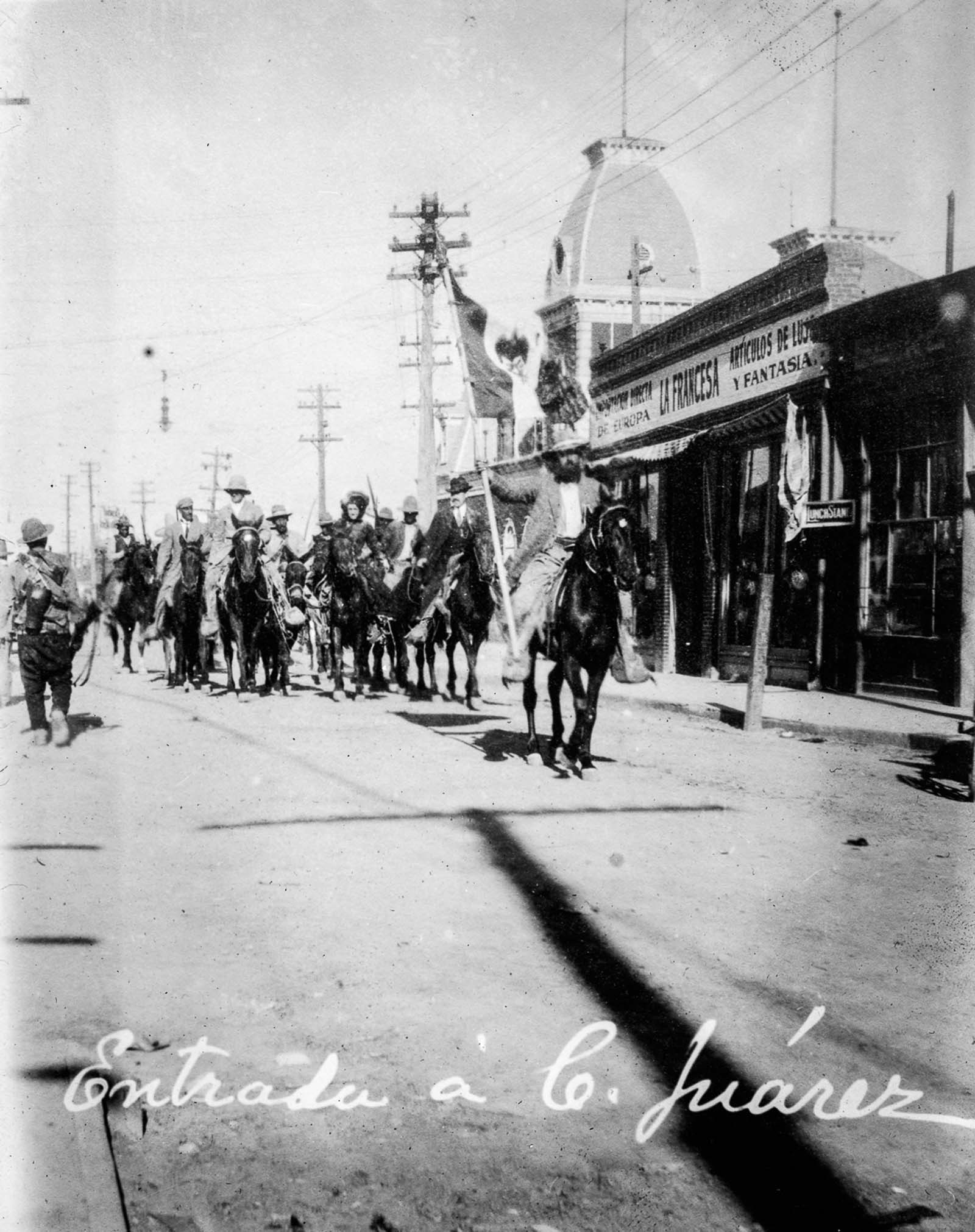 Revolutionary forces march into Ciudad Juárez after the surrender of federal forces.