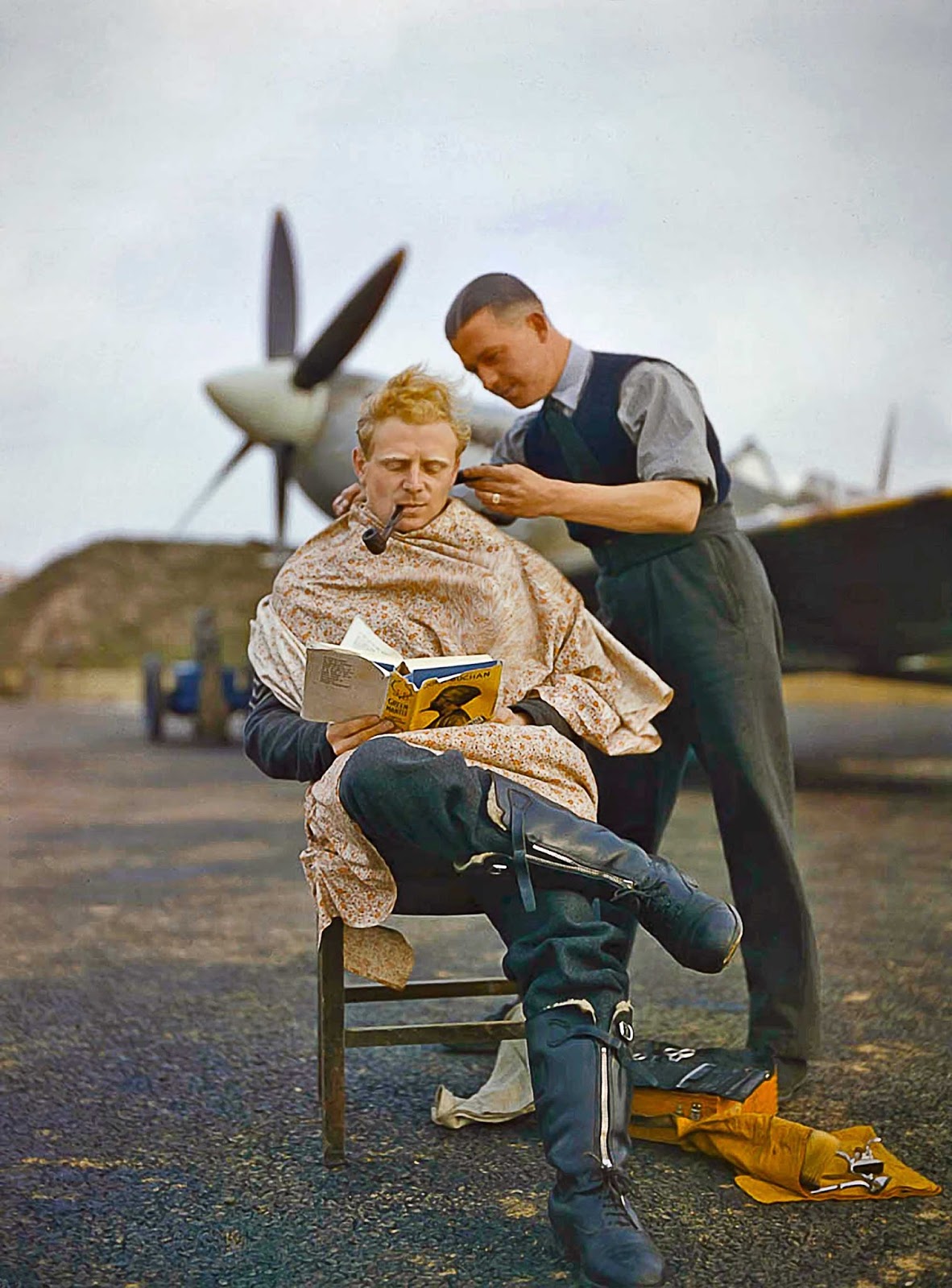 A pilot at Fairlop airfield in Essex has a haircut during a break between sweeps. A Supermarine Spitfire is in the background. 1942.

A Royal Air Force pilot getting a haircut and reading Greenmantle by John Buchan. There are so many interesting things about this photo, the colors, the apparent calmness of these two gents during wartime, the young pilot smoking a pipe, and also the fact that he’s reading a book set in the First World War, during the Second World War.

The pilot’s name was Francis Mellersh and he was twice awarded Britain’s Distinguished Flying Cross and was recommended for the Victoria Cross.

His daughter regarding this picture: “We have the original of the photo, and the book (he was crazy about John Buchan) and that bloody pipe killed him in the end at 72. I’m afraid those who have been to war and daily diced with death are rather cavalier with their health”.

Instead of resuming his Oxford studies at the end of the war Francis remained in the RAF for another 30 plus years and flew right until the end (often with the Red Arrows).

He reached Air Vice Marshal and was Assistant Chief of the Defence Staff. He was a very modest man, very laid-back (that photo says it all), and spoke little of the war.

During this time, 20,351 Spitfires were built. Though it is assumed that ‘Spitfire’ came from the airplane’s awesome firing capabilities, it was also an Elizabethan word that meant someone who had a fiery character. 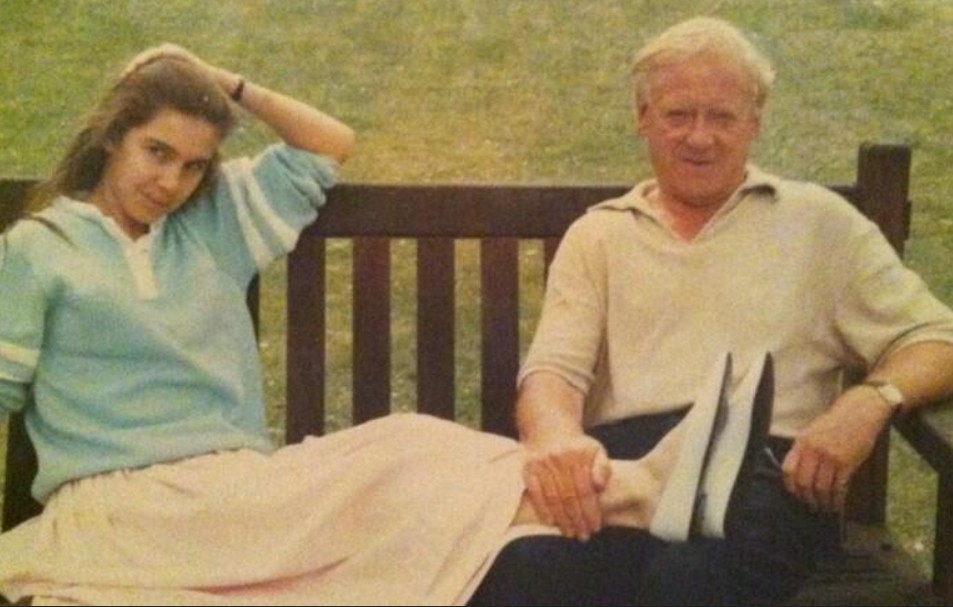 Picture of him with his daughter.

Towards the end of the Battle of Britain, Herman Goring was having a heated exchange with his commanders, frustrated that they weren’t winning the Battle of Britain as planned. He asked them what they needed to win and ace pilot Adolf Galland famously responded “I should like an outfit of Spitfires”.

The boots the pilot is wearing are the famous Pattern Flying Boots. The earlier pattern flying boot, the 1940 pattern, was of similar design to 1941.

The only difference being that the latter was modified by having a leather strap added, its purpose to stop the boot from falling away should the airman need to bail out. This modification was in vain and was not partially rectified until the issue of the later 1943 pattern Escape boot.

The 1943 Pattern Escape boots were based on the designs of Major Clayton Hutton at MI9, being field-tested as early as 1942. Consisting of a black leather laced walking shoe and a black zip-up suede legging, the basic principle was simple: in the event of landing in enemy territory, the wearer would separate the leggings from the shoe by using the folded pocket knife that was held in the pocket in the right boot.