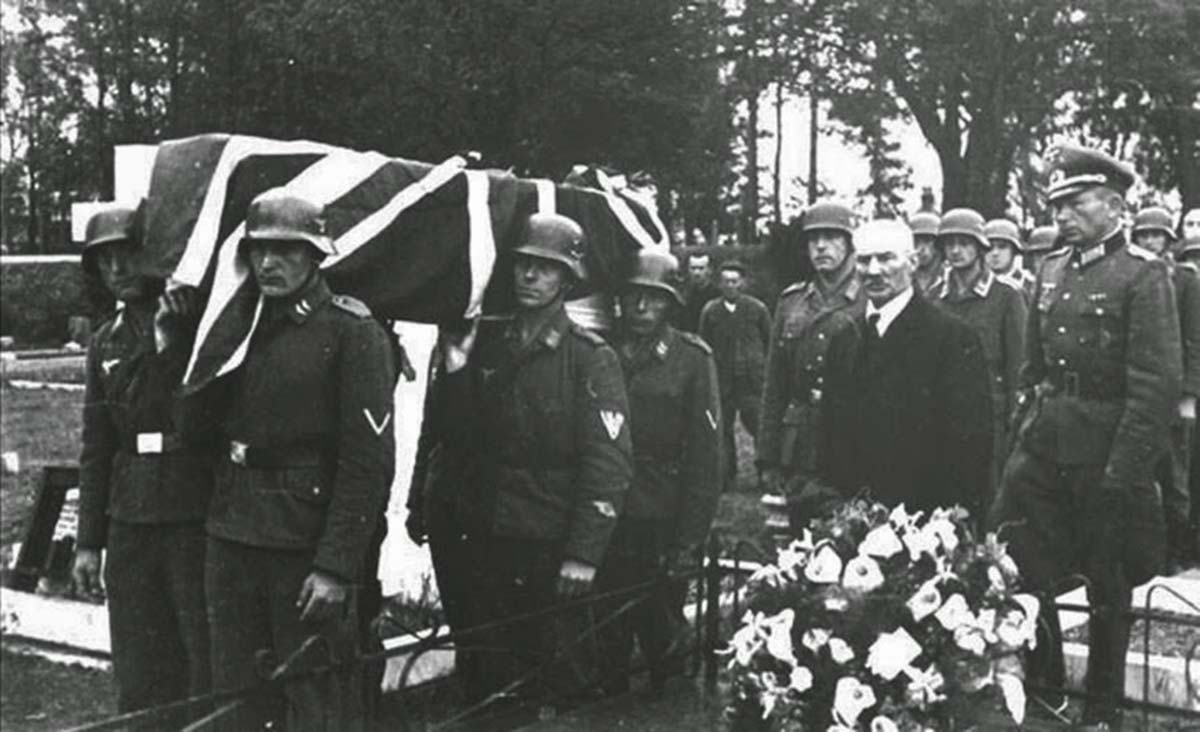 An RAF airman is buried with full military honors by occupying German soldiers, 1943.

Full military honors were granted by the Luftwaffe at the funerals of RAF sergeants Butlin and Holden who were shot down over Jersey, Channel Islands. It is thought this was to try to pacify the local population. The Luftwaffe behaved much differently than the SS or Wehrmacht. Much more chivalry.

RAF Sergeants Butlin took off on an operation to Frankfurt at 23.15 hrs from RAF Burn in Yorkshire and ditched roughly 3 miles southwest of the Channel Island of Jersey after a call was made by Sgt. Odling for assistance. The body of observer Sgt. Holden was eventually washed up on St. Ouen’s Bay in Jersey on the 3rd June 1943.

On the 5th June his and the body of a Sgt. Denis Charles Butlin lay in state in the Hospital Chapel with hundreds of islanders visiting the coffins to pay their last respects, prior to a service on the morning of 6th June.

The coffins were then draped with the Union Jack before being taken to the cemetery. Hundreds of people lined the route but the Luftwaffe prevented them from entering the gates of the cemetery. 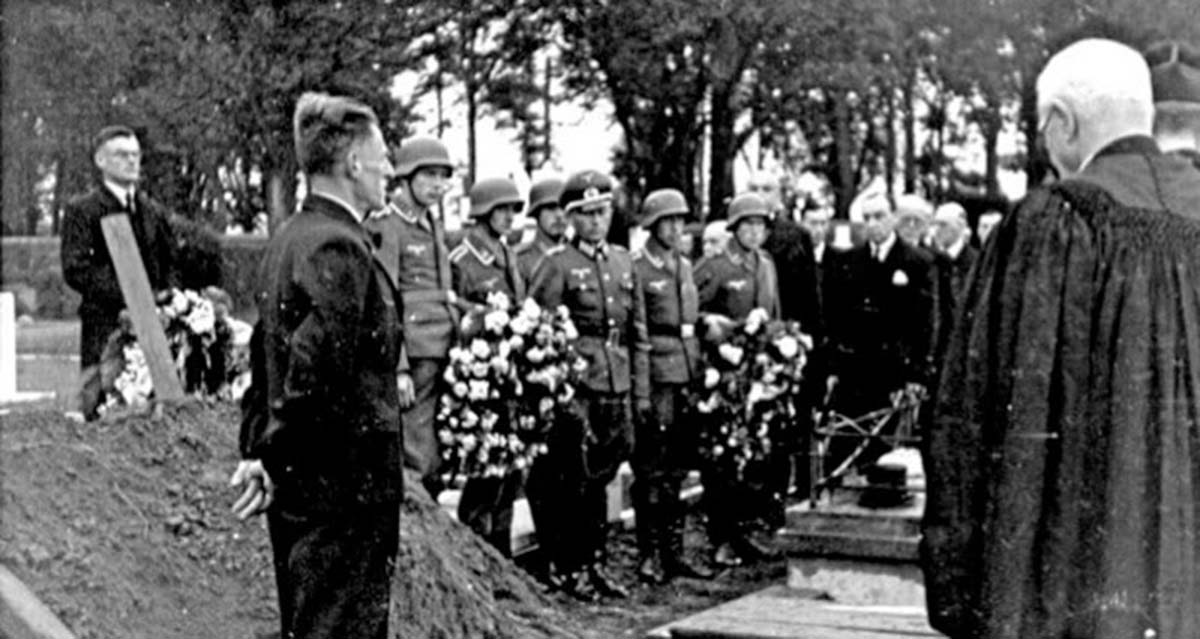 Hundreds of people lined the route but the Luftwaffe prevented them from entering the gates of the cemetery.

The Channel Islands were occupied by Nazi German forces for most of the Second World War, from 30 June 1940 until their liberation on 9 May 1945.

The Bailiwick of Jersey and Bailiwick of Guernsey are two British Crown dependencies in the English Channel, near the coast of Normandy. The Channel Islands were the only part of Britain to be occupied by the German Army during the war.

Anticipating a swift victory over Britain, the occupiers experimented using a very gentle approach which set the theme for the next five years, the island authorities adopted a similar attitude, giving rise to accusations of collaboration, however as time passed the situation got gradually worse ending in near starvation for both occupied and occupiers during the winter of 1944-45, liberation arrived peacefully on 9 May 1945. Flowers from the Luftwaffe.