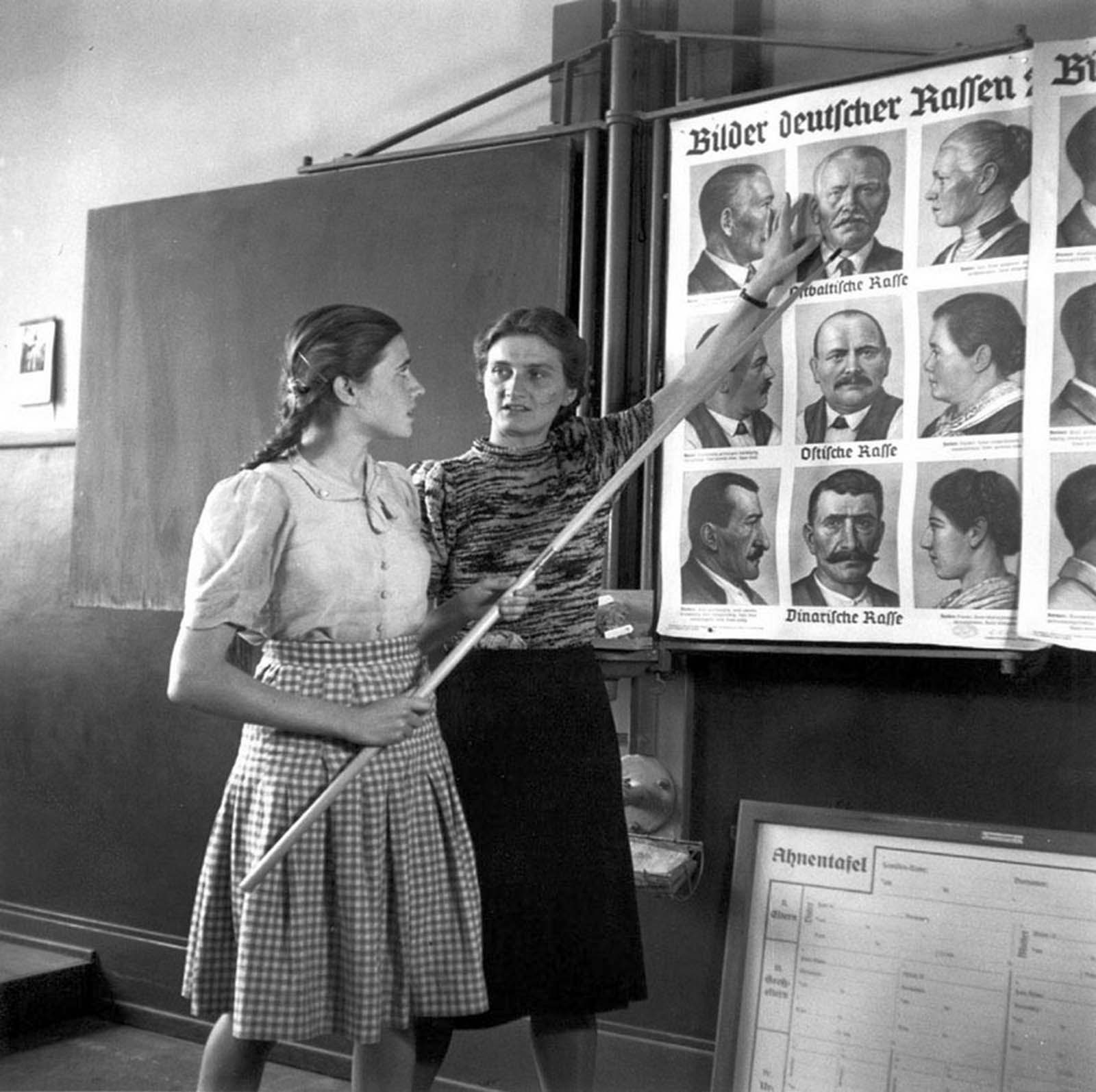 Race biology was meant to encourage the Germans to maintain their racial purity, the NSLB stressed that as early as primary schools Germans have to work on only the Nordic racial element of the German Volk (people) again and again and have to contrast this with the racial differences that foreign peoples such as the Jews represent.

Nazi racial policy did not always include degrading Jews but had to always maintain the importance of German blood and the Aryan race. This was often connected to the blood and soil ideology.

Novels portrayed the Germans as uniquely endowed and possessors of a unique destiny. The segregation of races was said to be natural, just as separate species did not come together in nature.

In 1935 after the induction of the Nuremberg Laws, any sexual relations between Aryans and non-Aryans became a criminalized offense. Aryans that were found guilty under the laws and charged with Rassenschande (“racial shame”) faced the possibility of incarceration in a concentration camp, while non-Aryans could possibly face the death penalty.