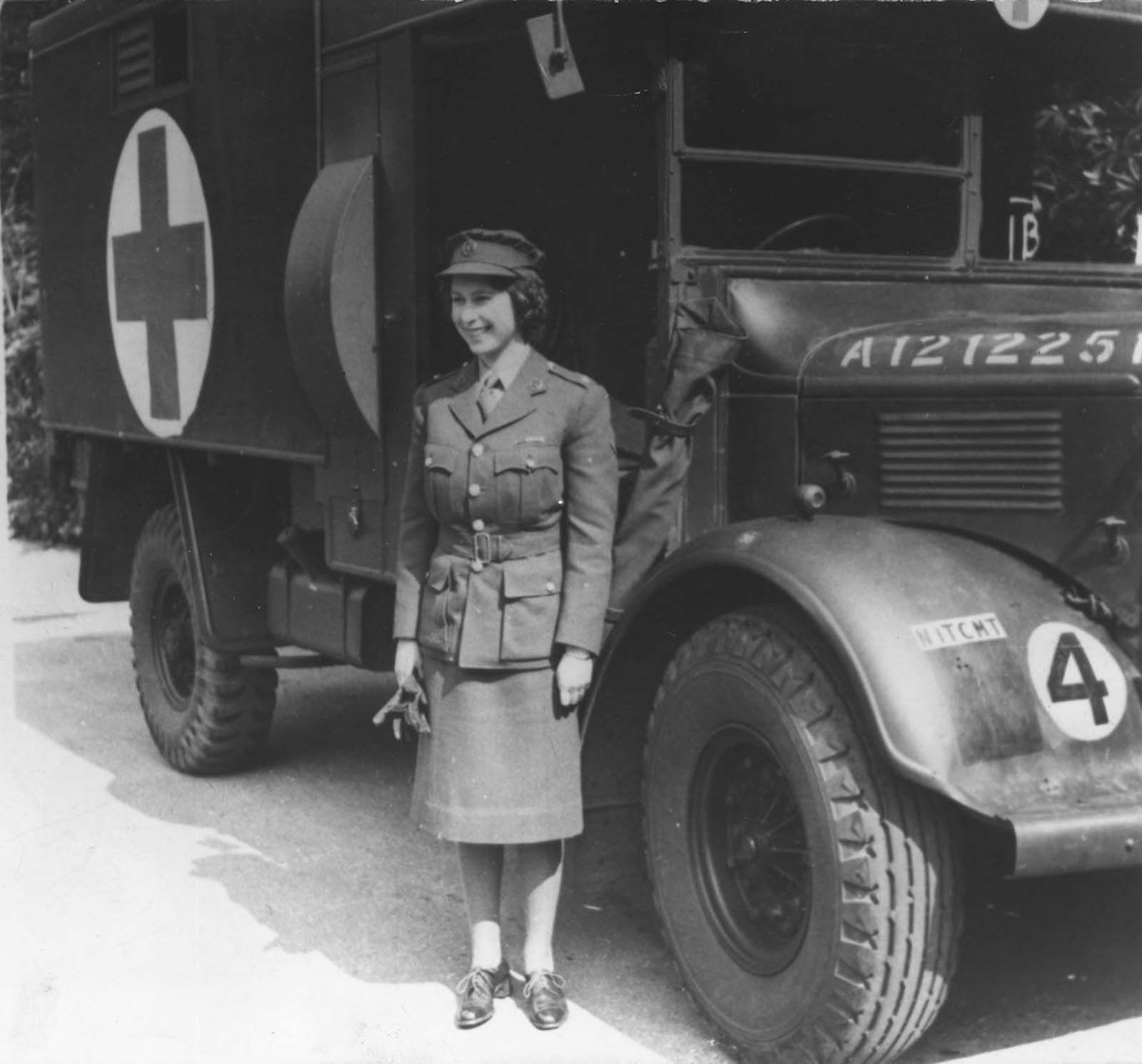 At the outbreak of World War II in 1939, many close to the British royal family wanted the Queen Mother and her daughters, princesses Elizabeth and Margaret, then 13 and 9 years old respectively, to evacuate to Canada.

But the Queen Mother refused. She rode out the war in Buckingham Palace, though it was bombed repeatedly, and shuffled the princesses around several palaces before settling them into Windsor Castle.

By February 1945, the war was still raging, and Elizabeth had turned 18. At her own insistence, according to the Royal Collection Trust, she requested to personally contribute to the war effort.

Princess Elizabeth, heiress presumptive to the throne, was commissioned as an honorary second subaltern in the Auxiliary Territorial Service — basically the equivalent of a second lieutenant — and began training in March of 1945. 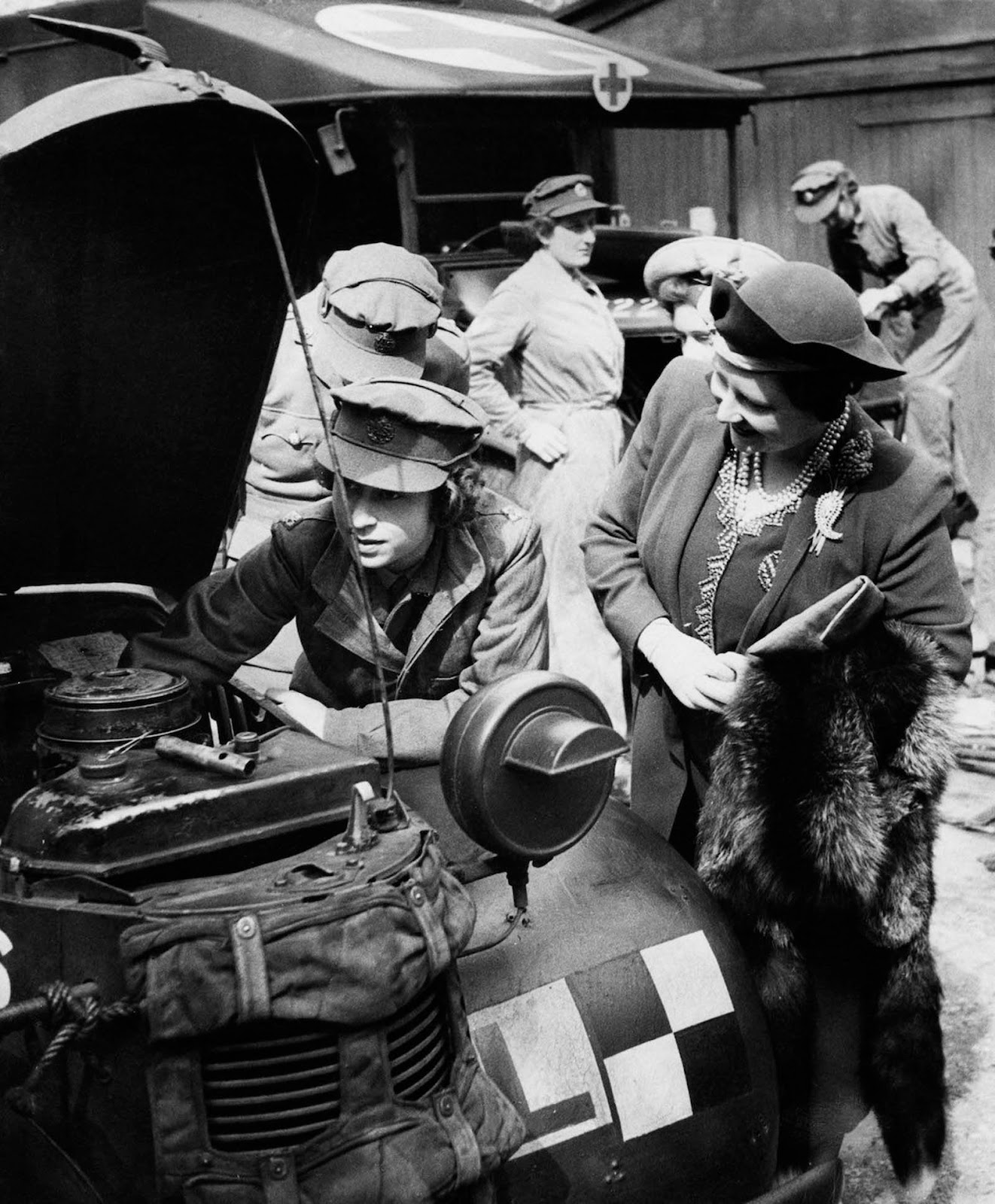 Per royal decree from her father the King, she was given no special rank or privilege. (She did later earn a promotion to junior commander.) At the time, the Associated Press reported that she was the first woman in the royal family to be “a full-time active member in the women’s service.”

Though not a combat role, serving in the ATS was not without its risks. The service saw its first death in 1942, when a woman serving at an anti-aircraft station was killed by a bomb.

Nor was it something those with privilege sought to avoid; Winston Churchill’s daughter also Mary served in the ATS. Once she joined up, the Princess passed a military driving test, learned to read maps, worked repairing engines as a mechanic and driver. She did sleep at Windsor Castle, though, rather than in the camp with her fellow ATS members. 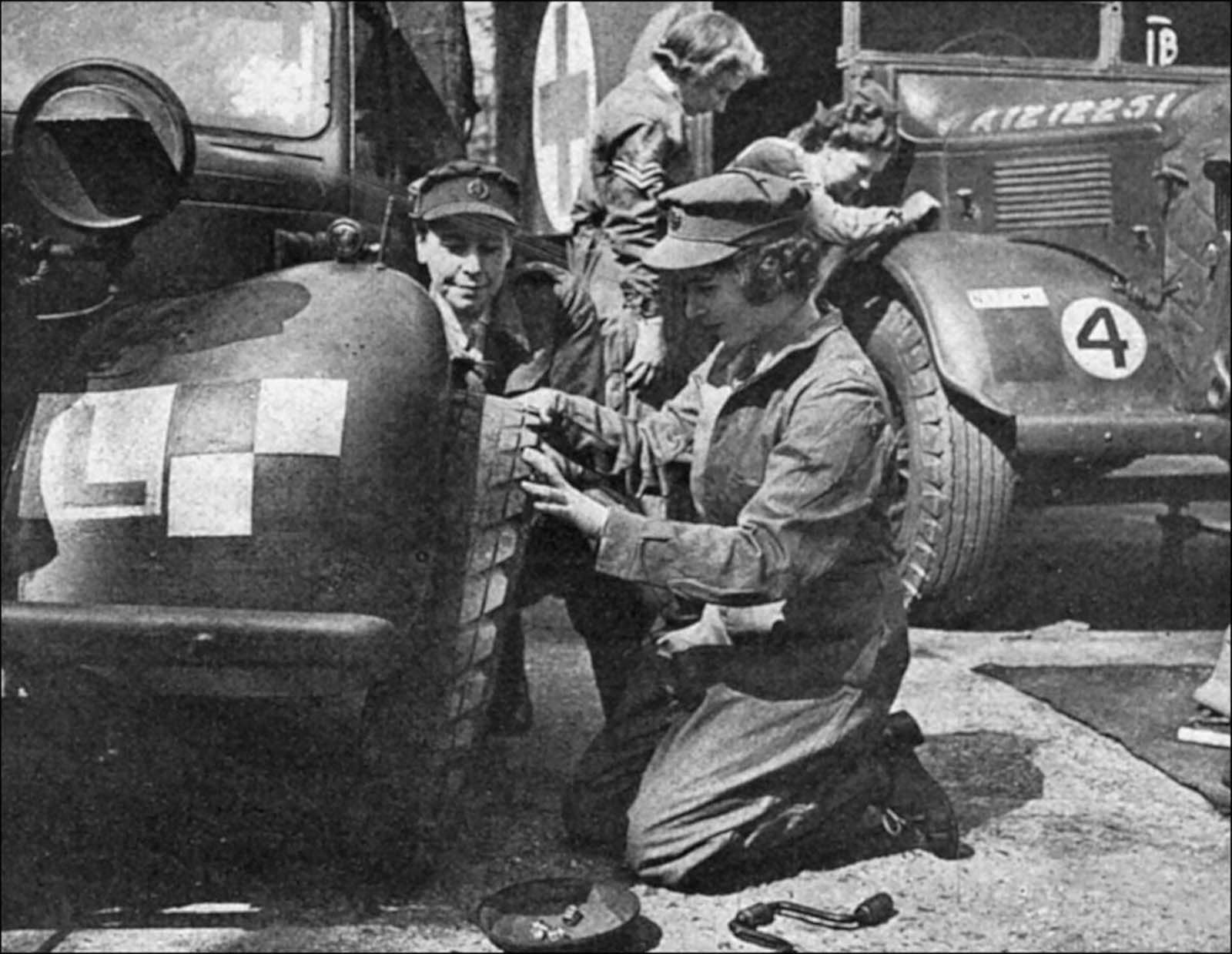 Queen Elizabeth II served as a member of the Auxiliary Territorial Service and trained as a military truck driver and mechanic. 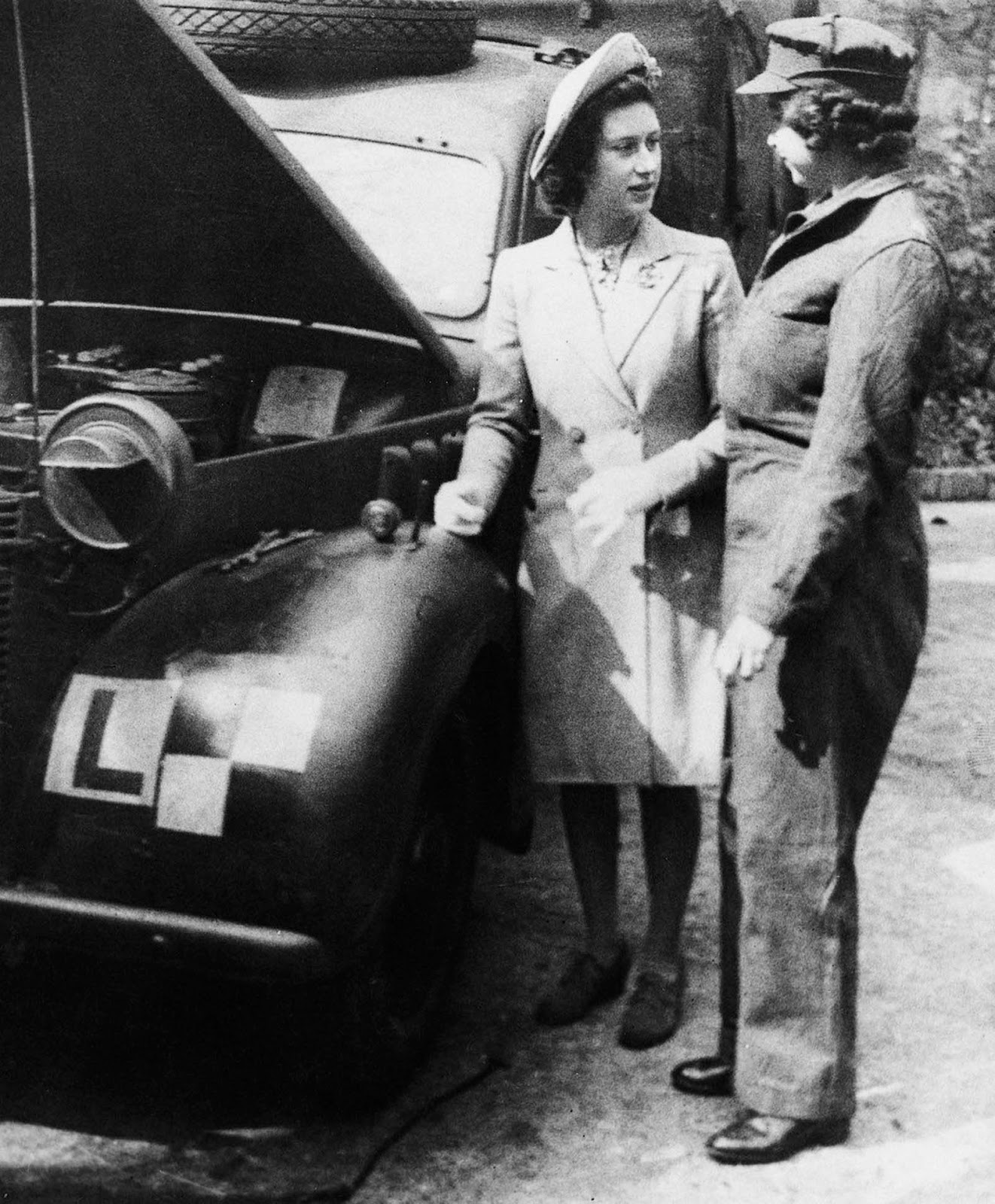 She had the rank of the honorary second subaltern, service number 230873. 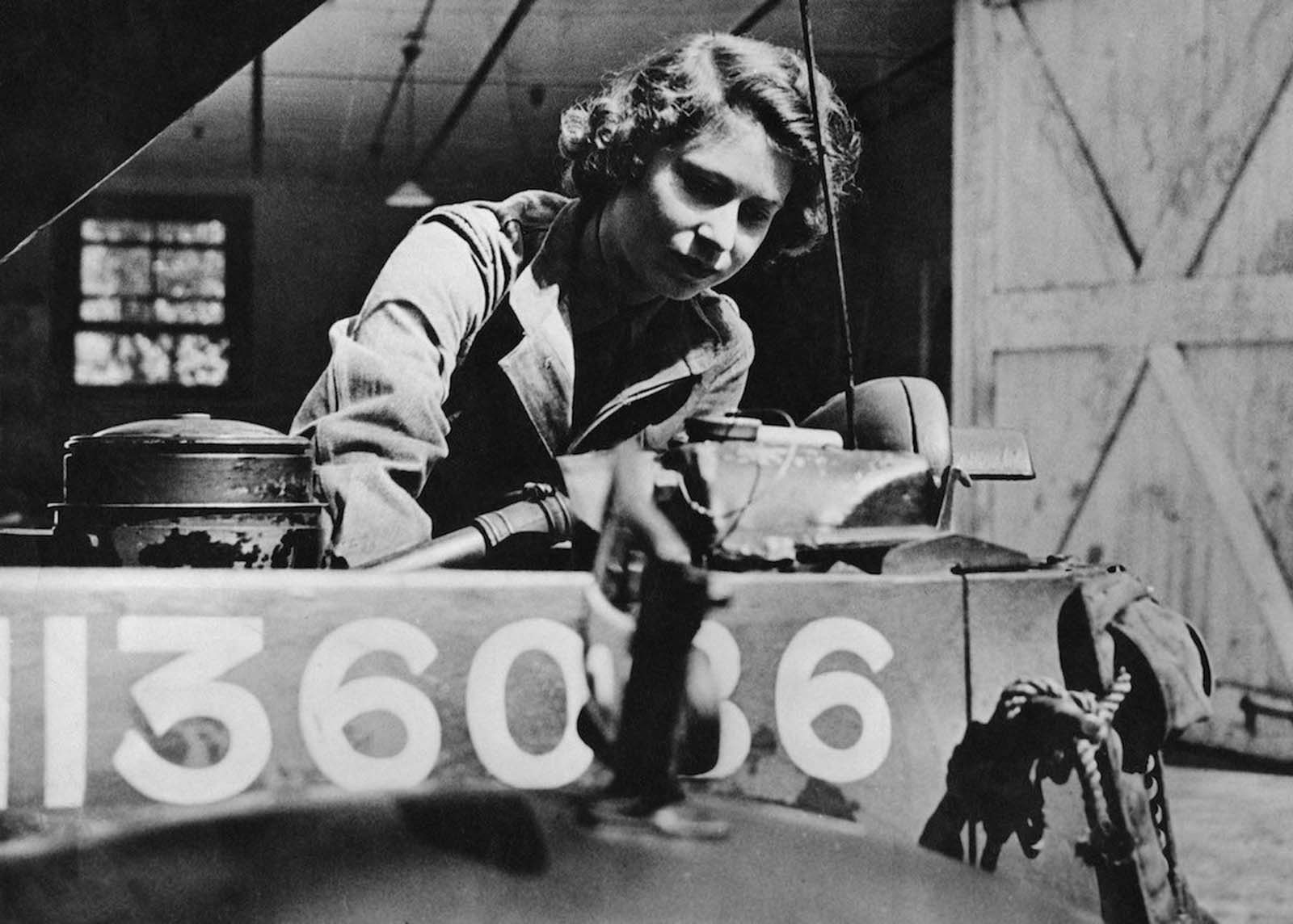 In addition to serving the country, she took her time with the ATS as a valuable lesson in what life was like for non-royals. 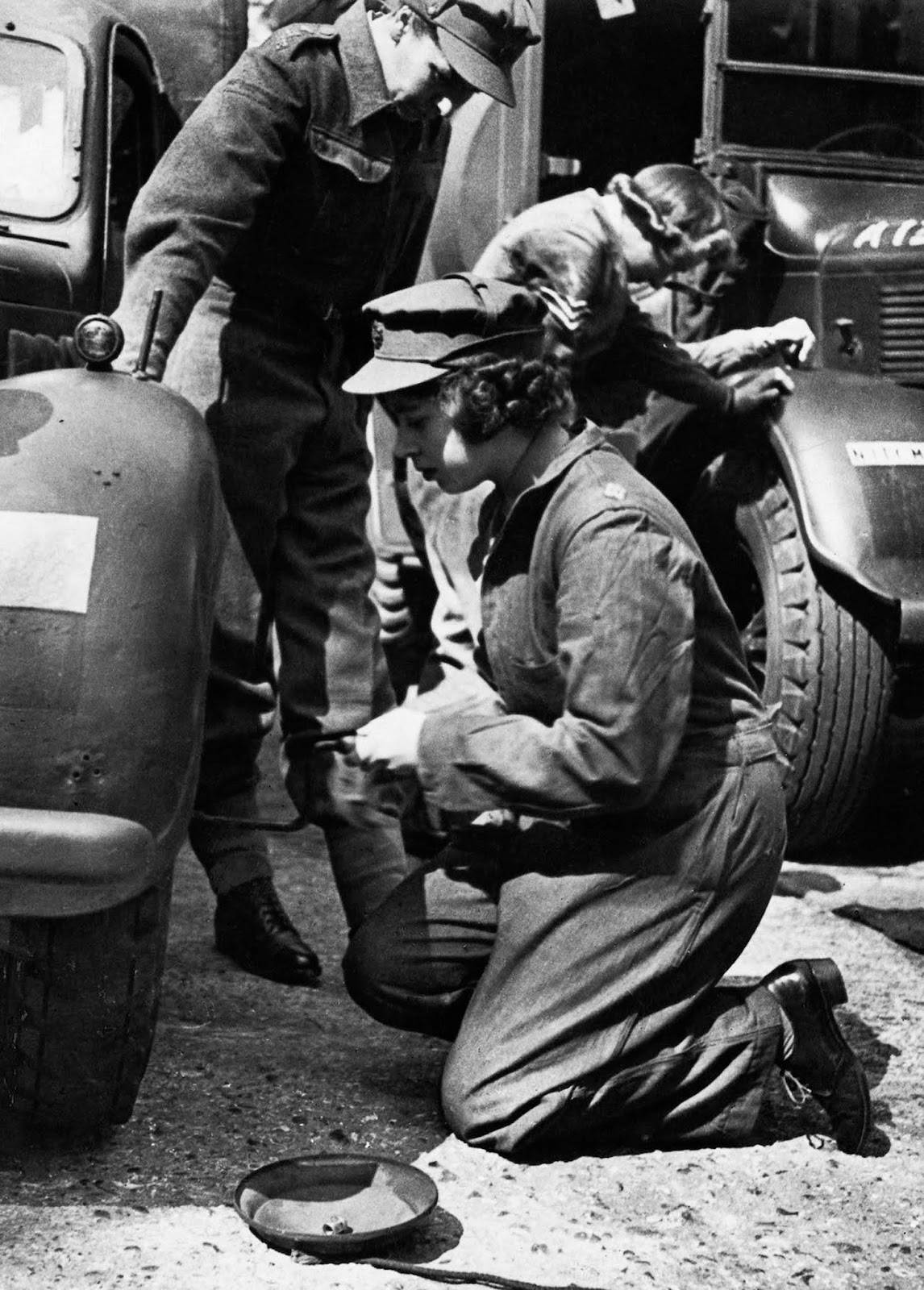 Queen Elizabeth II as a mechanic. 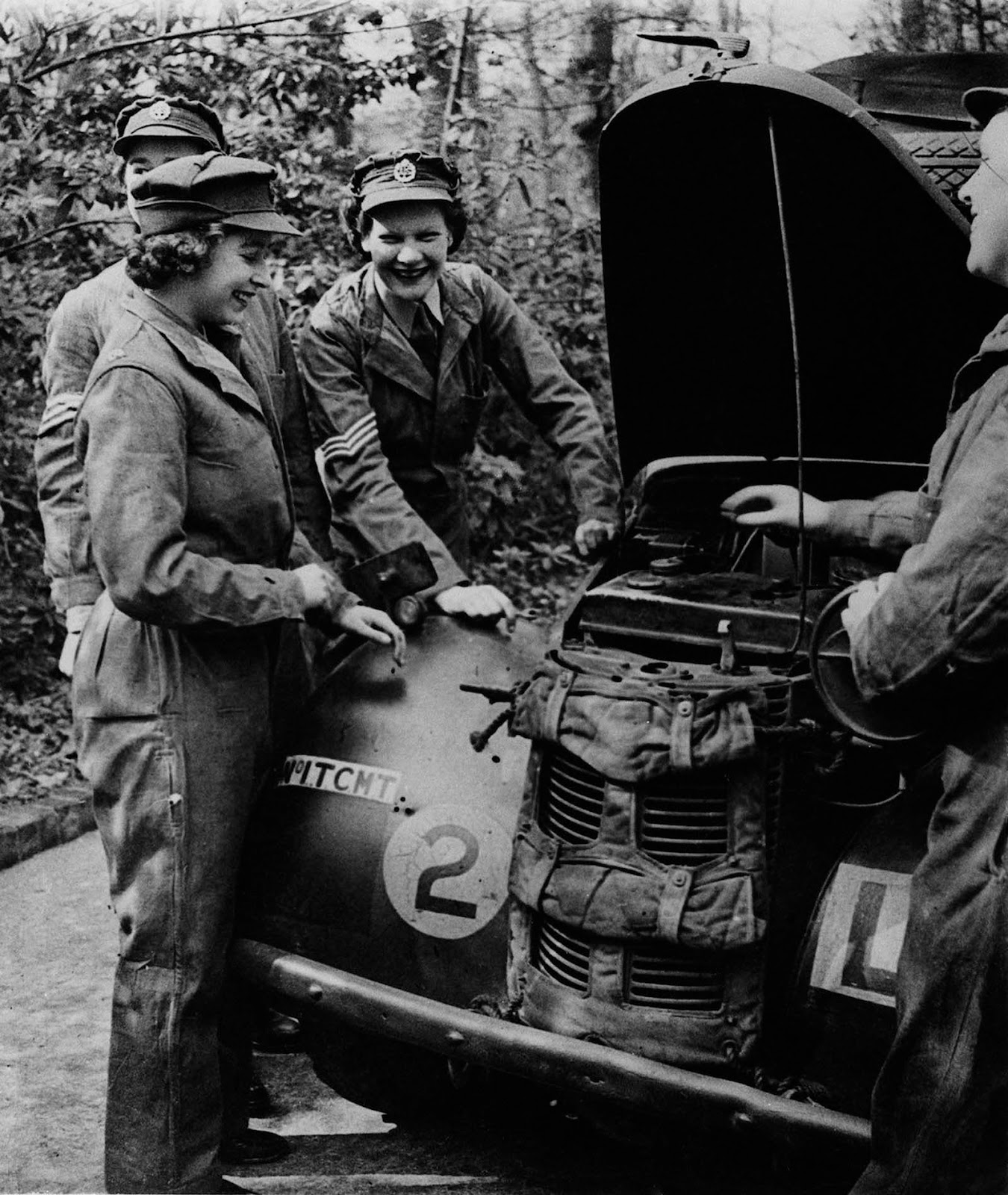 At the age of 19, Princess Elizabeth joined the Auxiliary Territorial Service (ATS). 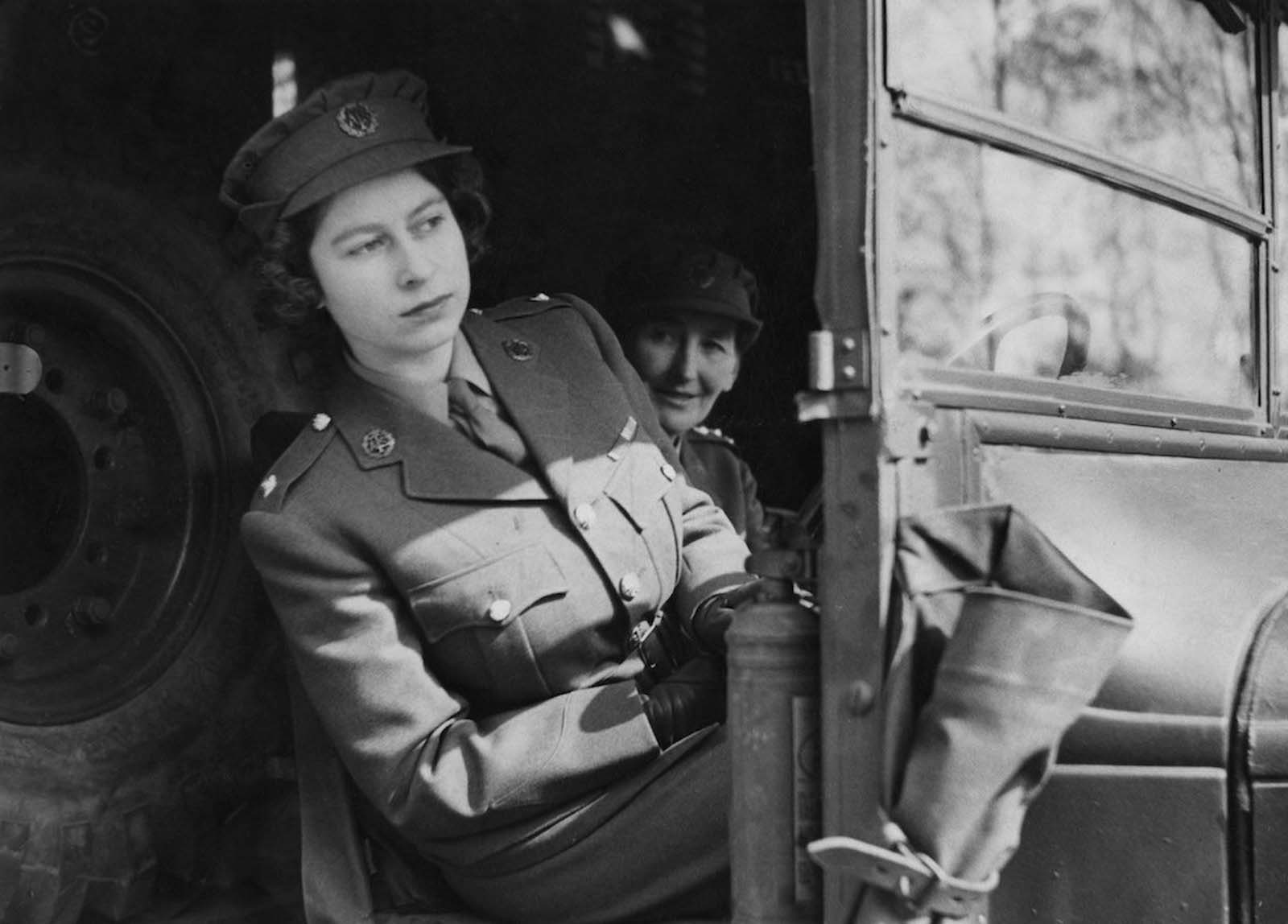 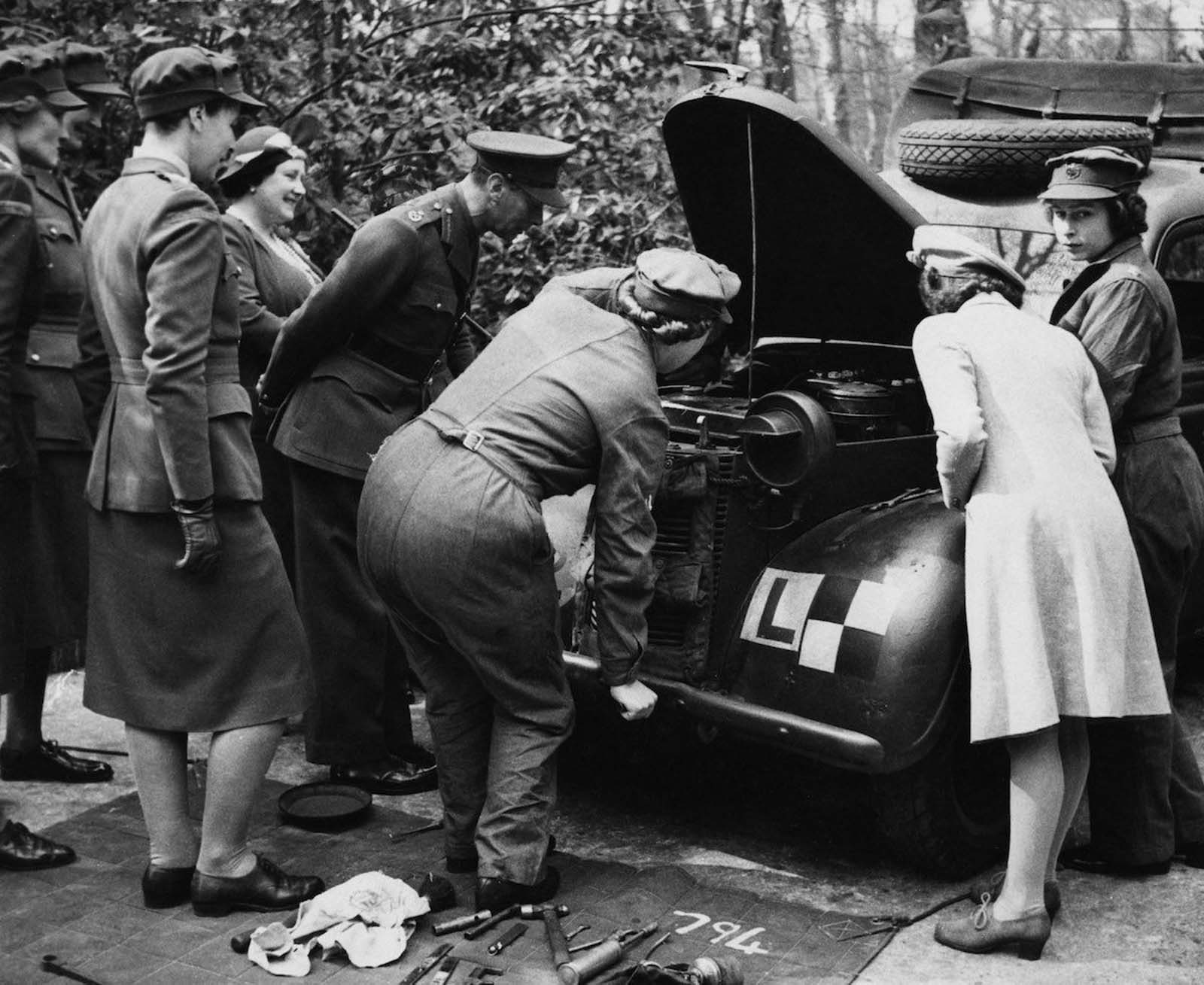