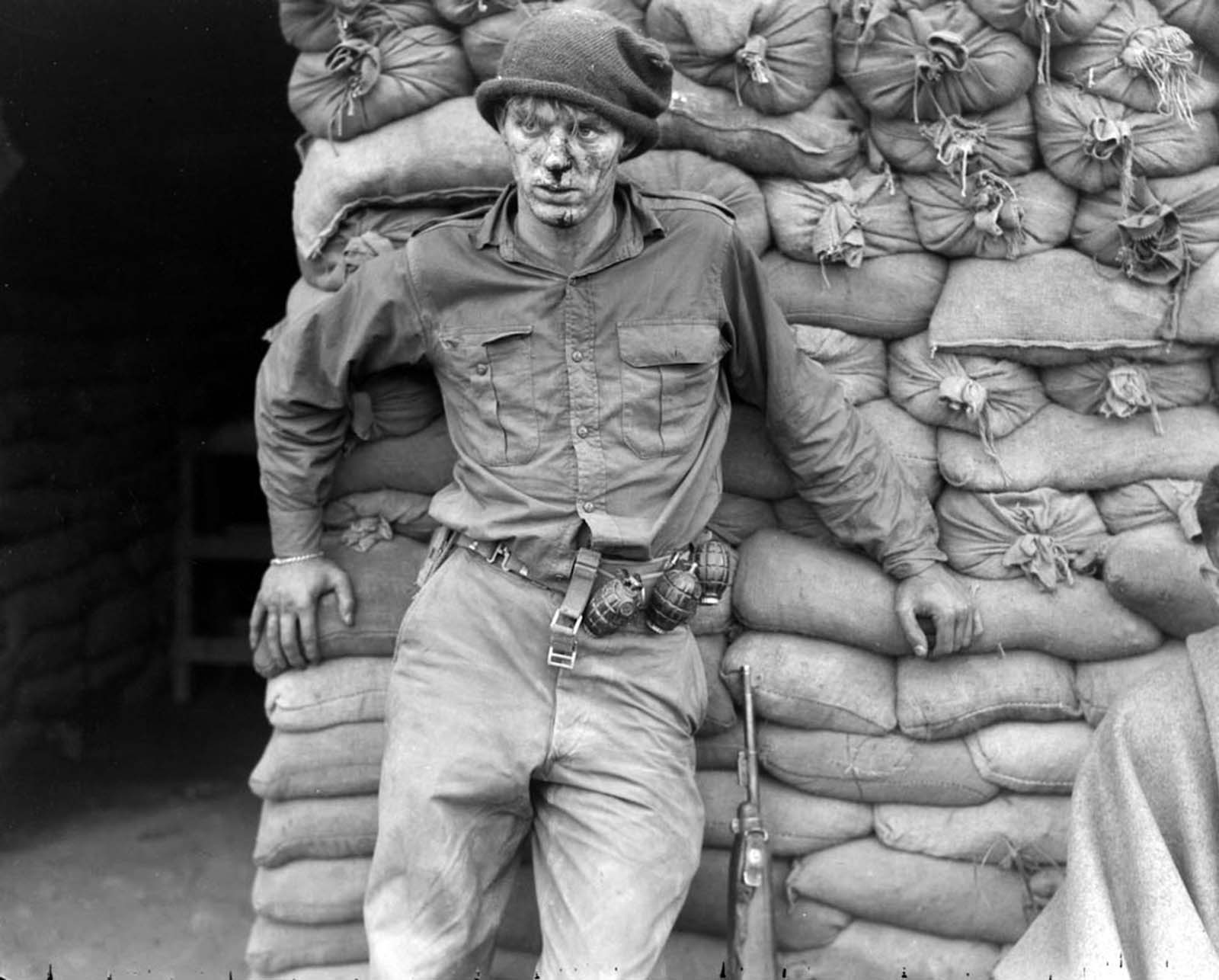 Private Heath Matthews (aged 20) of ‘C’ Company, 1st Battalion, Royal Canadian Regiment, awaits medical aid after a night patrol near Hill 166. Note the three No. 36 M Mk. I hand grenades on his belt and the late model US M1 carbine with bayonet lug.

Private Heath Matthews’ face is covered in blood as he awaits medical attention for his superficial lacerations. The blood, combined with the weary and astonished expression on the young soldier’s face, effectively portrays the terror of war. The picture is a glimpse at the reality of conflict, a candid picture at a time when many images for public consumption were still staged or heavily censored.

Heath Matthews enlisted in the Canadian Army Special Force for service in Korea shortly after the outbreak of war in 1950. He was 18 years old at the time. He served in Korea with Charles Company, 1st Battalion The Royal Canadian Regiment (1 RCR) during 1952 – 1953.

While acting as a signaller, Heath Matthews participated in a company-sized fighting patrol on the night of 21-22 June 1952. The action was a raid against a Chinese position near Hill 166, west of the Jamestown Line.

As the objective was neared the patrol was caught in a devastating enemy mortar barrage. Two Canadians were killed and several wounded. Hit in the face by shrapnel, Heath Matthews was one of the wounded.

On the morning of 22 June as wounded members of the Charles Company patrol waited outside a front line bunker to receive medical treatment, Sergeant Paul E. Tomelin, an army photographer of the No. 25 Canadian Public Relations Unit, snapped a highly evocative photo of this dazed and wounded soldier.

Tomelin’s photograph would become the iconic picture of the Canadian involvement in the Korean War and would subsequently be dubbed as “The Face of War”. Private Heath Matthews passed away in December 2013 at Leawood, Kansas, USA. Born at Alberton, Prince Edward Island in August 1932, he was 81 years of age.