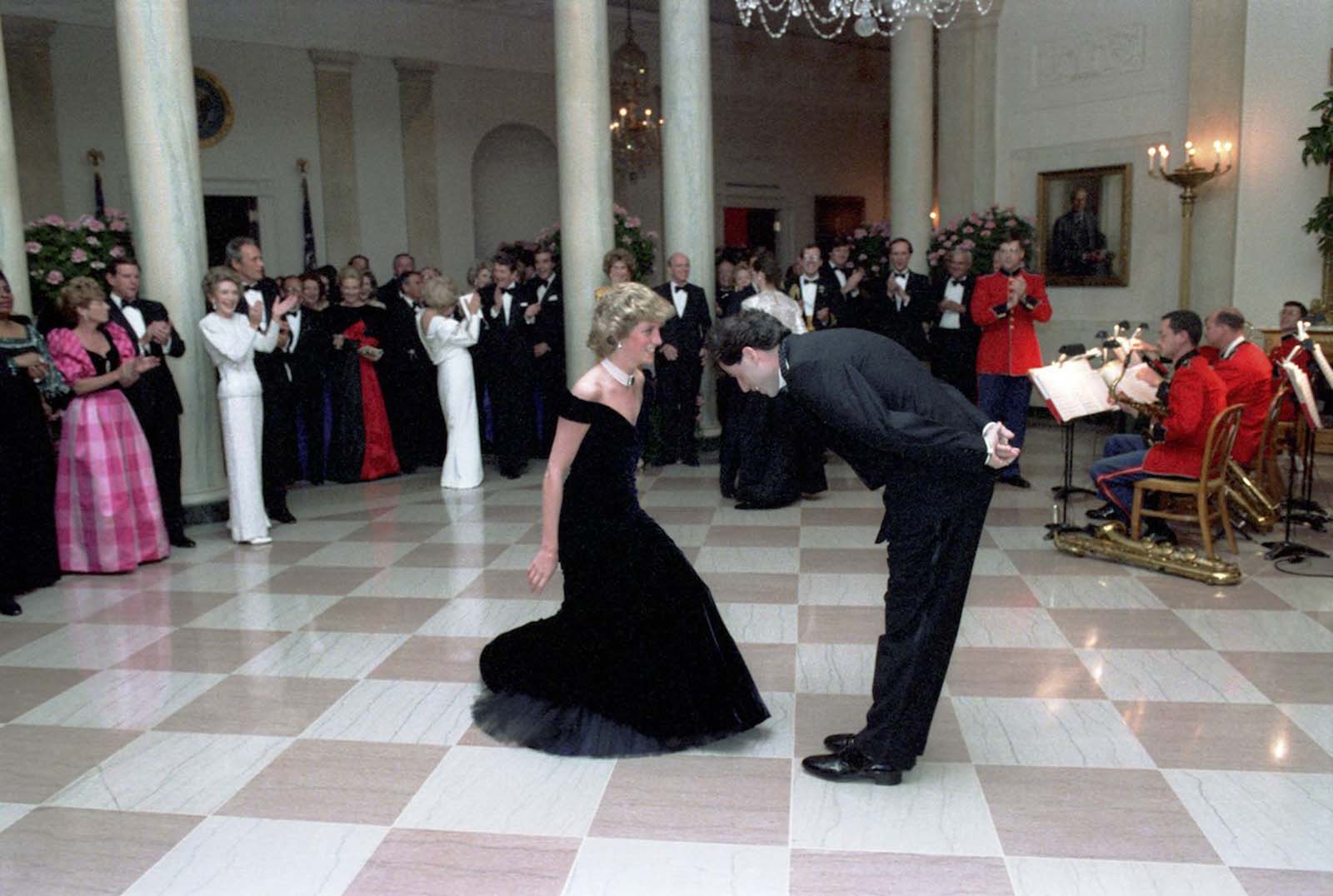 Diana and Travolta take a bow.

Princess Diana visited the United States in early November 1985 with her husband Prince Charles. The royal couple stayed at the White House, where they attended a gala dinner on 9 November.

The 24-year-old Princess was photographed dancing with the actor John Travolta to the music of his 1977 film Saturday Night Fever in the Entrance Hall.

The photographs and TV footage of them “gliding around the room” were widely circulated around the world, and the gown came to be known as the “Travolta dress”.

The pair danced to some of Travolta’s biggest hits from the Saturday Night Fever soundtrack and ‘You’re The One That I Want’ from Grease, before another Hollywood star, Tom Selleck, cut in for a waltz with Diana.

The party attendees included big names in every field including Tom Selleck, Gloria Vanderbilt, Estée Lauder, Mikhail Baryshnikov, and opera singer Leontyne Price. And a few of the invites came from Diana herself, including those for Travolta, Clint Eastwood, and Neil Diamond. 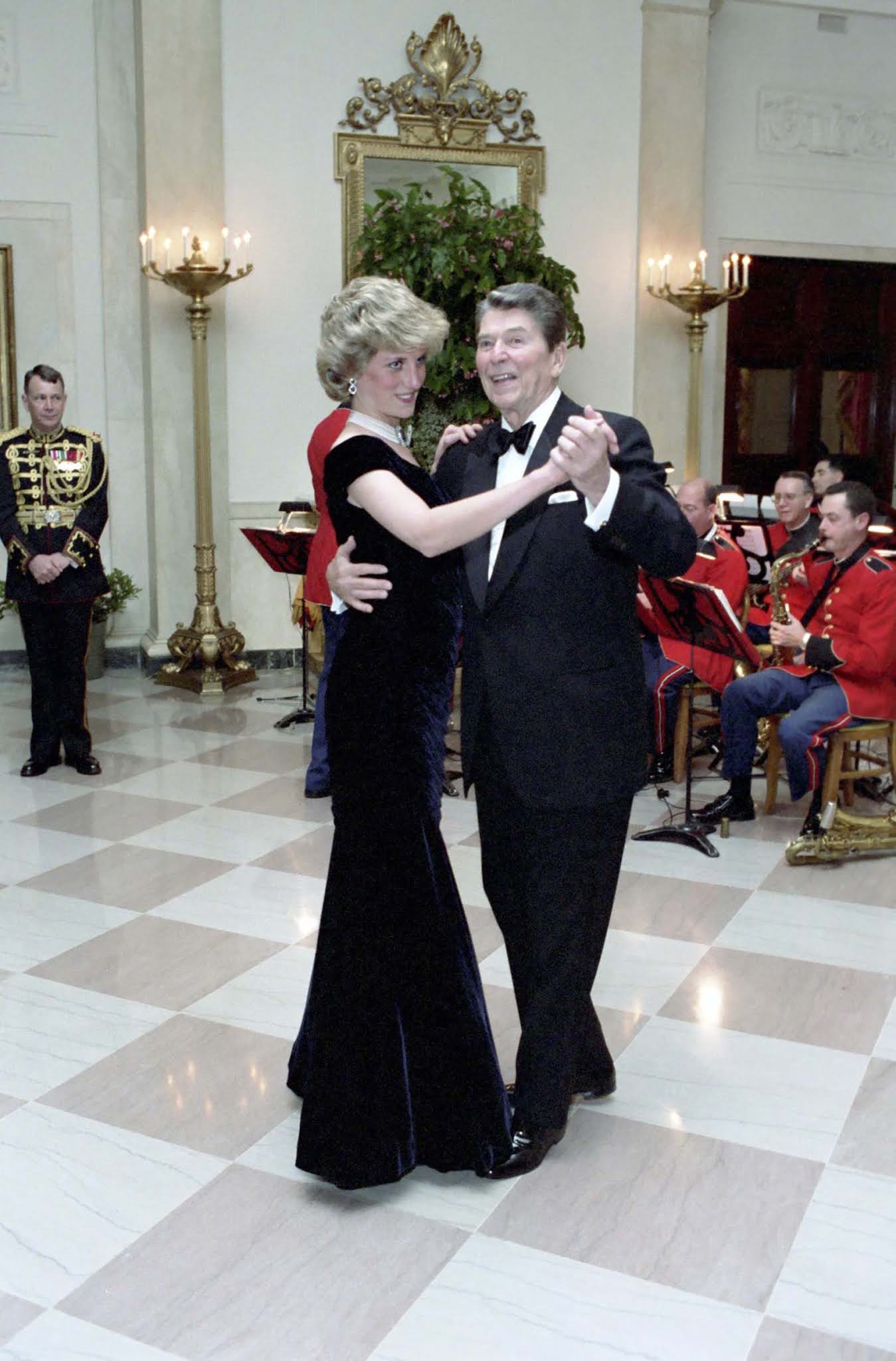 It was later revealed that whilst Diana’s dance with Travolta has now become iconic, it almost didn’t happen. The Princess, it seemed, had her eye on someone else for the iconic spin across the dancefloor.

When Nancy Reagan famously approached John Travolta to tell the flattered actor the Princess of Wales wanted to dance with him, it wasn’t actually the whole story.

What the future Pulp Fiction star didn’t know was that the whole thing was orchestrated by the Reagans for a press opportunity and that Diana was hoping someone else was going to ask her to dance that night.

According to Paul Burrel, Diana’s former butler, the princess had arrived at the gala wishing to dance with the famous Russian ballet dancer Mikhail Baryshnikov. 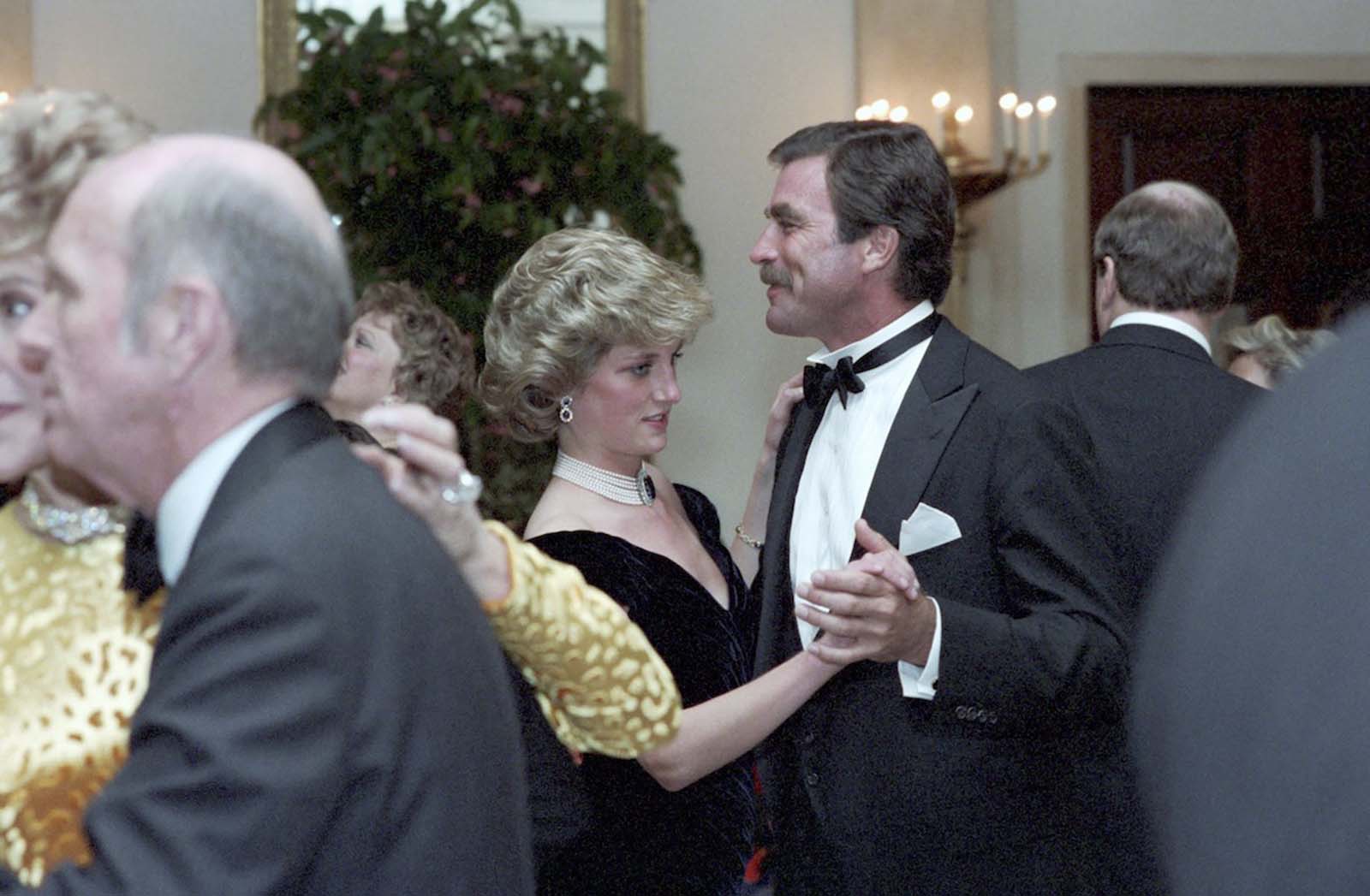 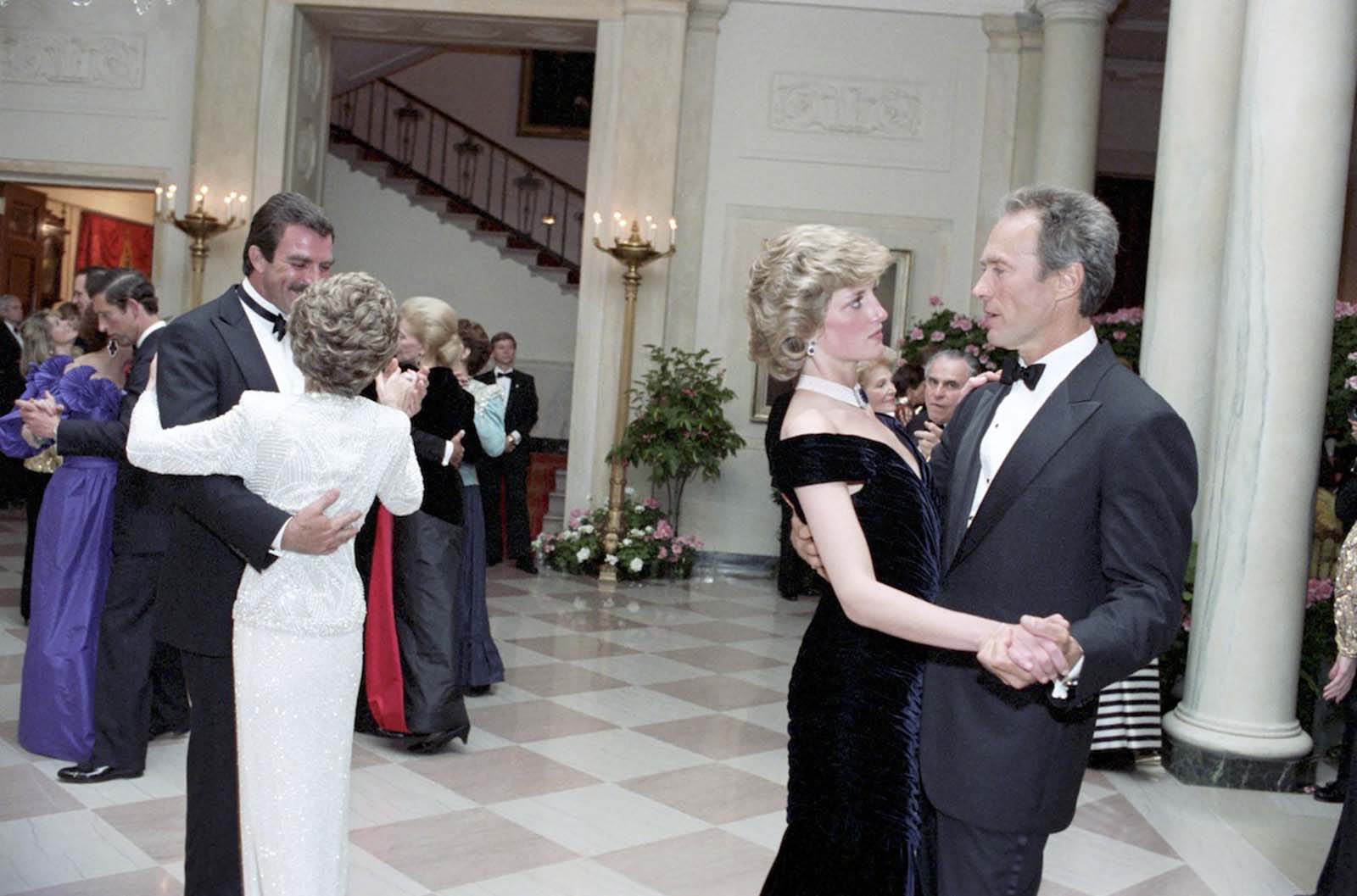 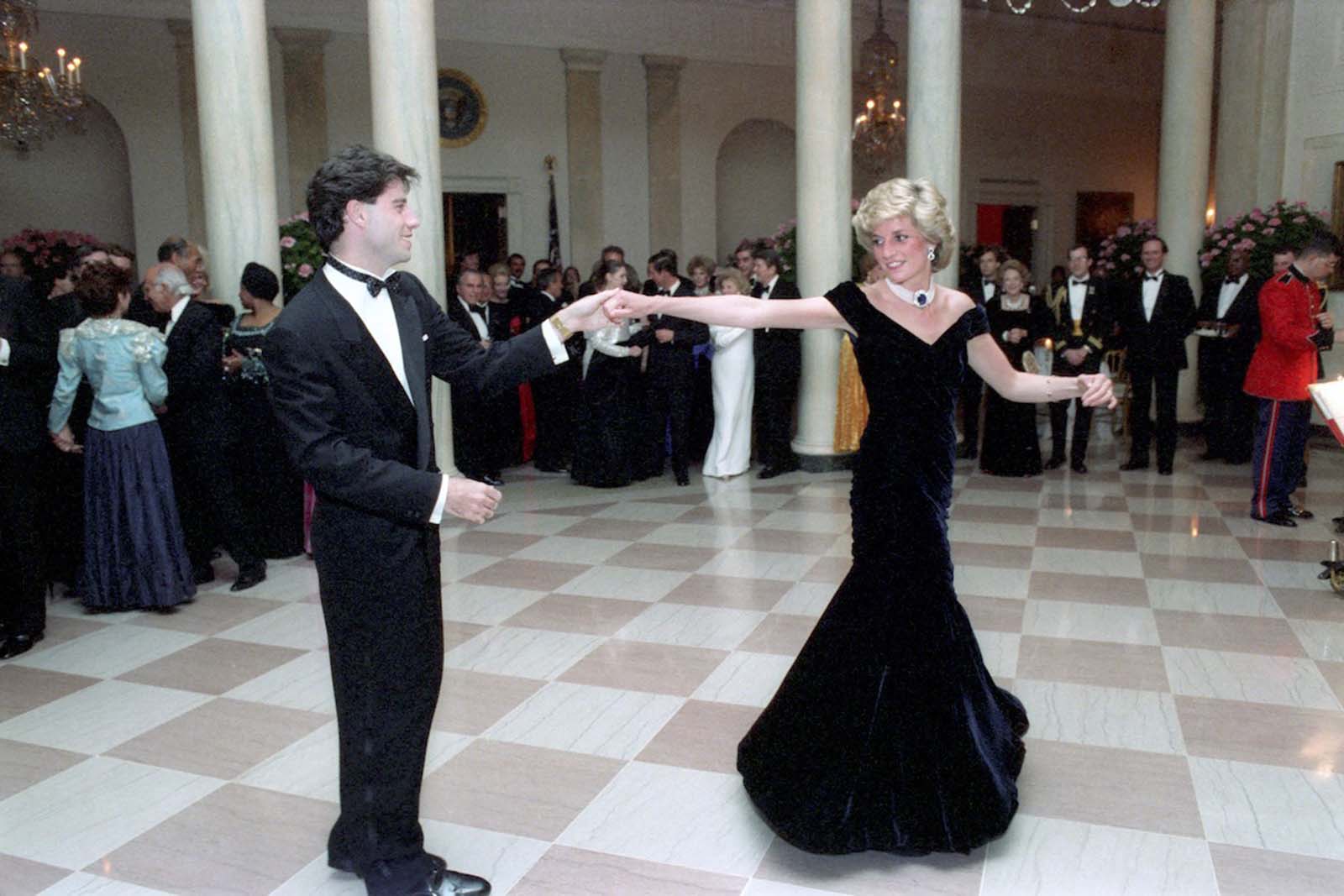 John Travolta and Princess Diana in their iconic dance.

Travolta has spoken about the infamous moment in the years since, calling it “one of the highlights of my life” and “the best moment of the eighties.” “At midnight, I had to tap her on her shoulder, and I had to say, ‘Would you care to dance?’ She turned around and dipped her head in that Lady Diana way and we were off for 15 minutes dancing,” Travolta recalled in 2007.

“I’ll never forget it. I’m so honored that I was able to experience it, and I know for a fact that it was a highlight of being in the United States; it was her favorite moment. So I feel I made her life better; she made my life better, and I’m very sorry that she’s not here.”

Princess Diana’s dress was designed by Victor Edelstein and is an off-the-shoulder midnight blue velvet evening gown. It was actually inspired by Edwardian fashion, which gave a “slight sweep of costume drama.” The journalist Jackie Modlinger described it as “dramatic in style” and “regal in fabric”.

The Princess of Wales wore the dress again in Germany in December 1987 and at the premiere of the film Wall Street in April 1988. She wore it for her last official portrait photograph, taken by Prince Charles’s uncle, the Earl of Snowdon, in 1997.

In 2019, it sold for $325, 317 to Historic Royal Palaces, which is a charity that looks after royal memorabilia including artifacts and clothing. 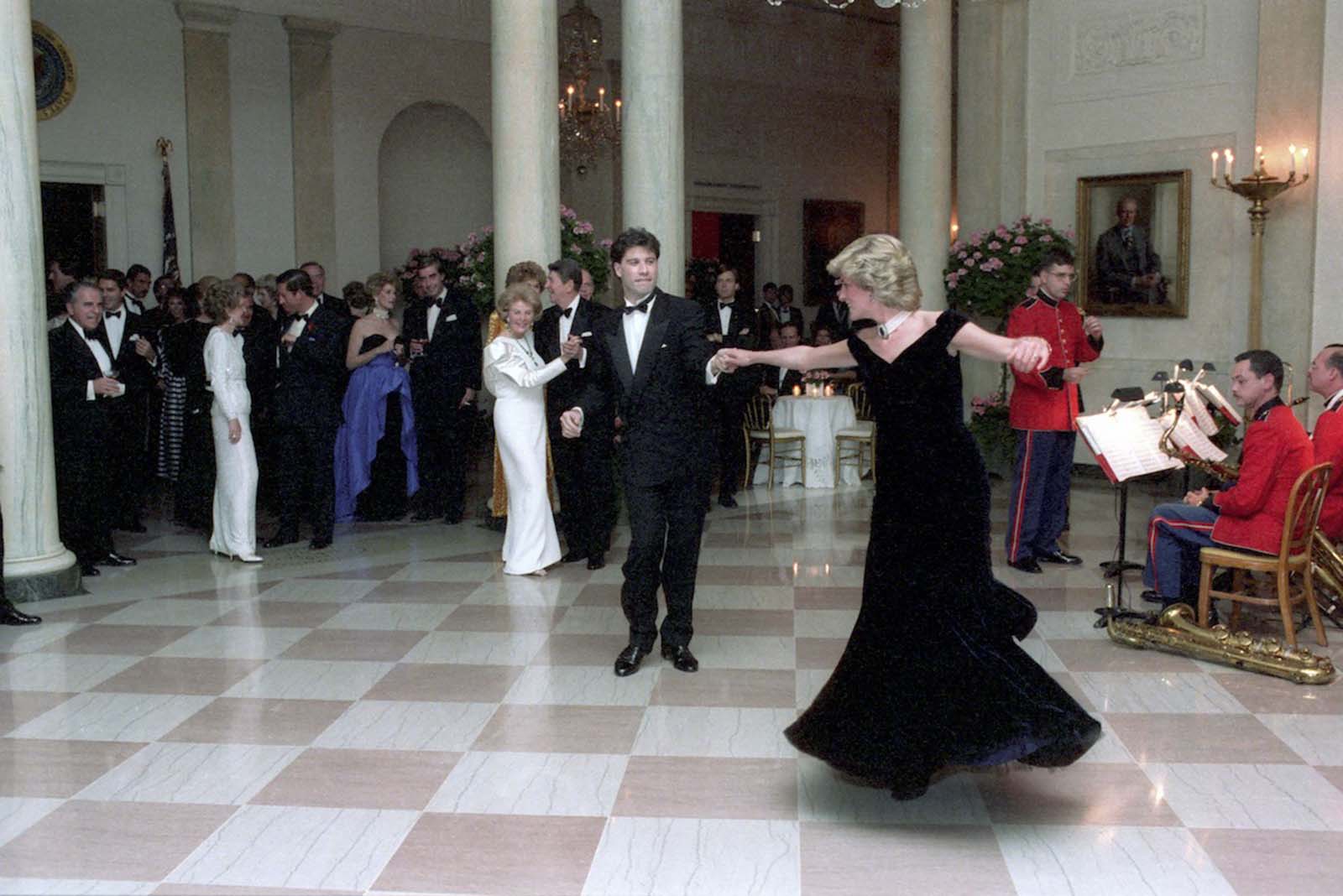