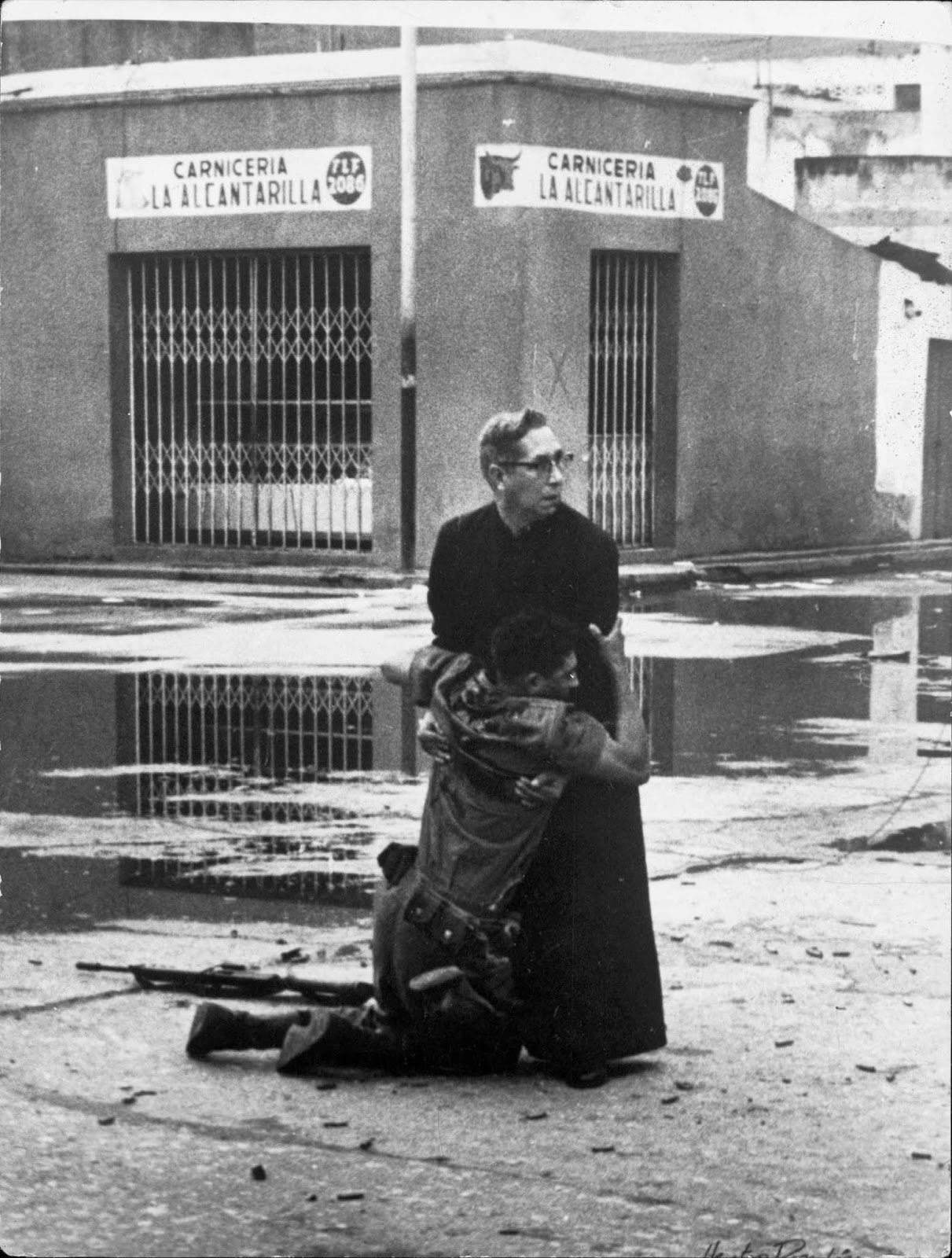 Navy chaplain Luis Padilla gives last rites to a soldier wounded by sniper fire during a revolt in Venezuela. Braving the streets amid sniper fire, to offer last rites to the dying, the priest encountered a wounded soldier, who pulled himself up by clinging to the priest’s cassock, as bullets chewed up the concrete around them.

The photographer Hector Rondón Lovera, who had to lie flat to avoid getting shot, later said that he was unsure how he managed to take this picture: “I found myself in solid lead for forty-five minutes … I was flattened against the wall while bullets were flying when the priest appeared. The truth is, I don’t know how I took those pictures, lying on the ground.

Rondon shot the government soldier crawling his way up Navy chaplain Luis Padilla’s robe as Padilla looks in the direction of the rebel sniper fire.

Government forces quickly took control of the town and over two days pounded the remaining rebels, that had taken cover in the Solano Castle, into submission. A handful that weren’t captured or killed were able to escape into the jungle”.

Besides the priest’s bravery, he also knows the enemy will think a lot before shooting him (just imagine the propaganda) and the enemy soldiers are catholic and would refuse that order. 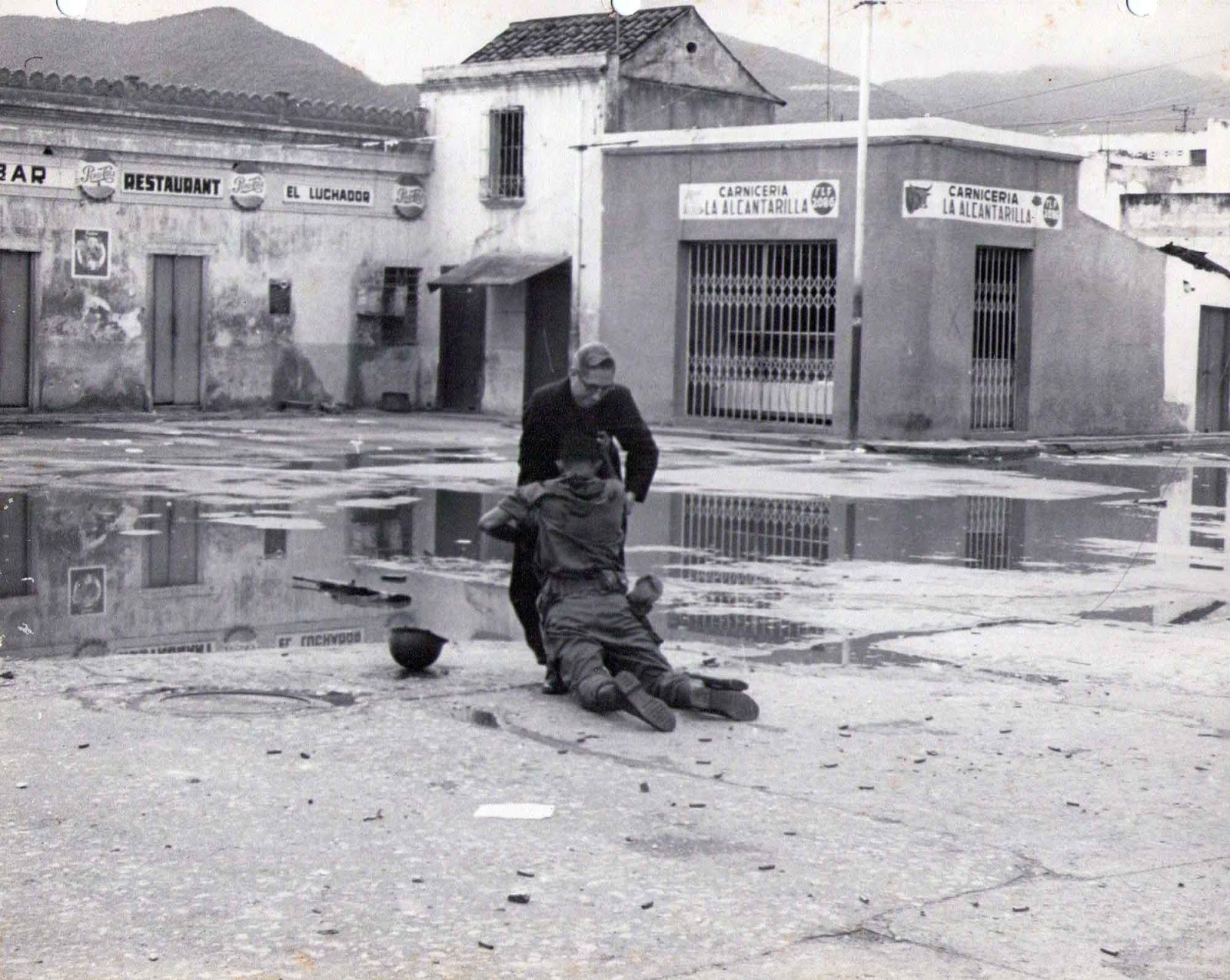 The uprising against the Venezuelan government of Rómulo Betancourt was quickly crushed but not before Hector Rondon was able to capture these iconic photos. 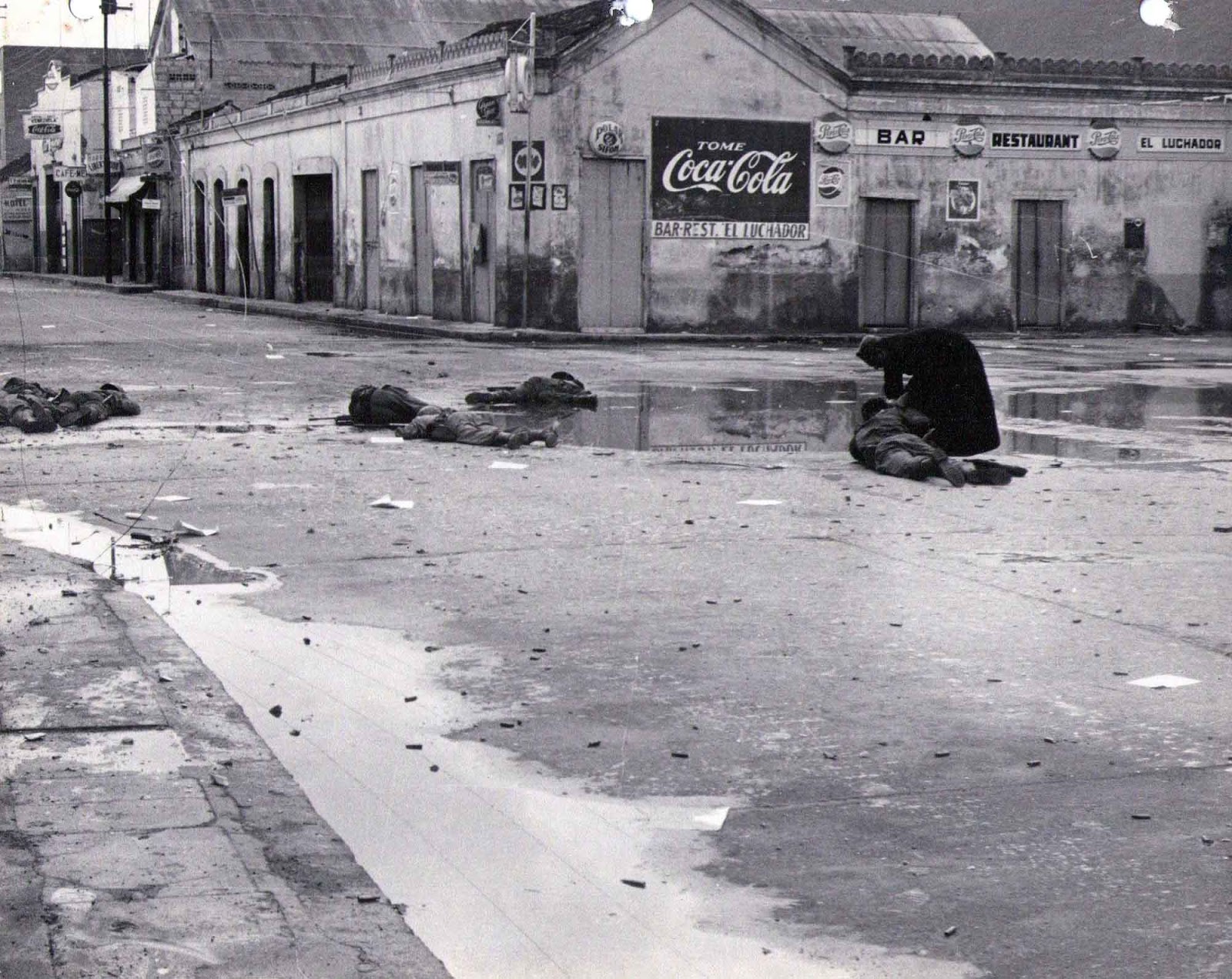 The phrase “fue una carnicería” (English equivalent: “it was carnage”) is so common in the Spanish language. The parallel really catches one’s eye and draws the horror of the scene even further.

The photo was taken on June 4 (1962) by Hector Rondón Lovera, photographer of Caracas, for the Venezuelan newspaper “La Republica”. It won the World Press Photo of the Year and the 1963 Pulitzer Prize for Photography. The original title of the work is “Aid From The Padre”. 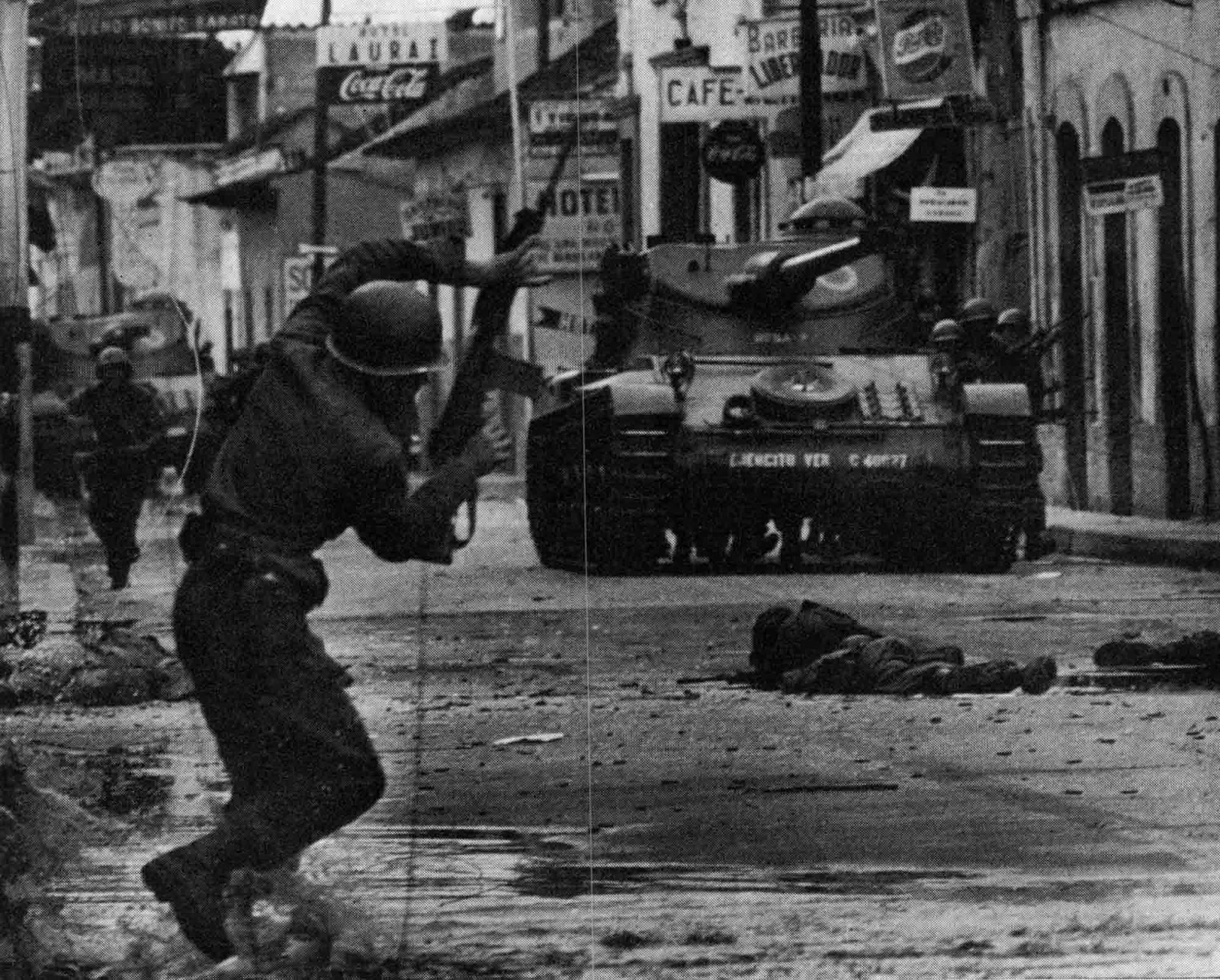 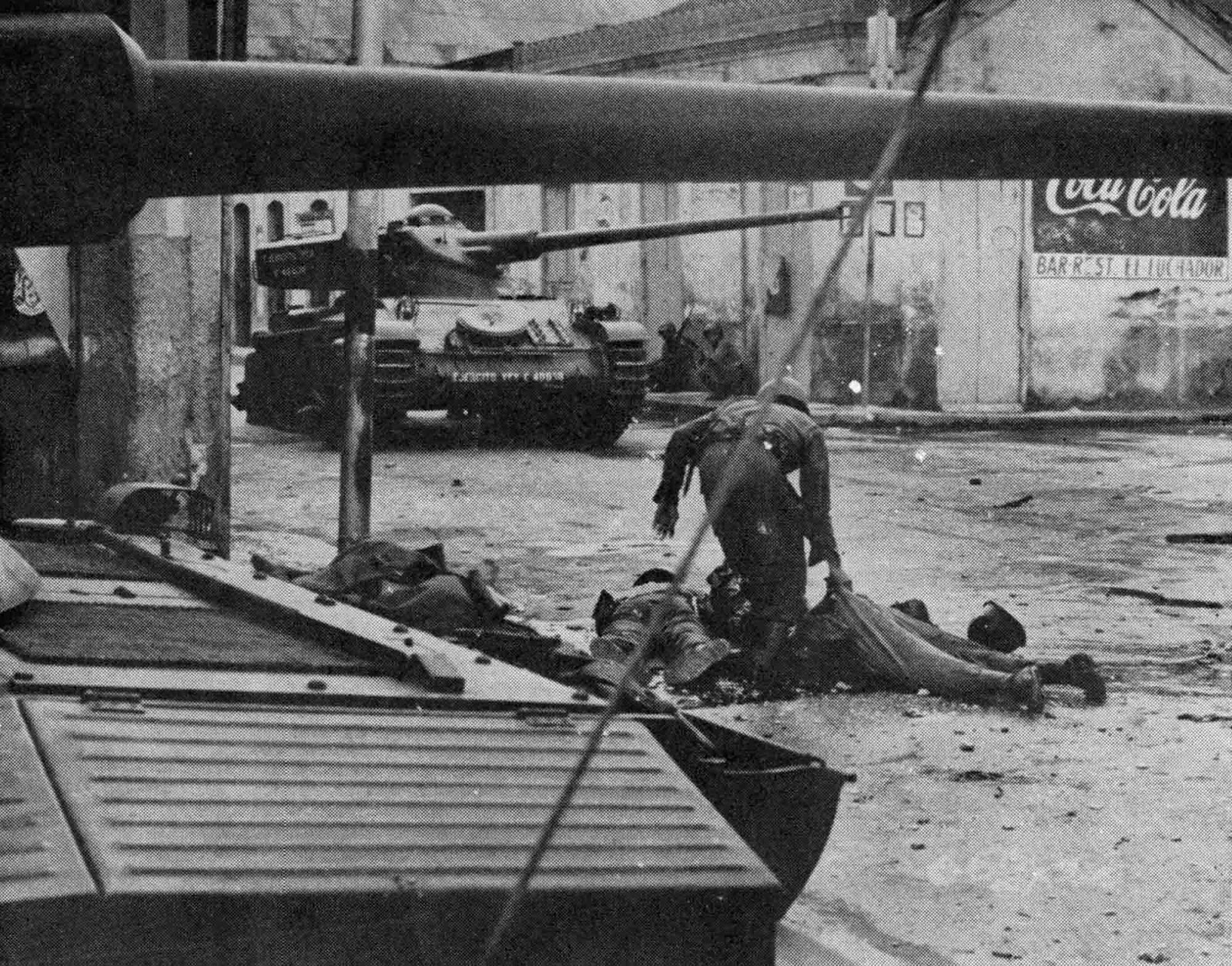 Different stories retelling the event mourned Venezuela, taking the rebellion as an unjust and unnecessary act of war. 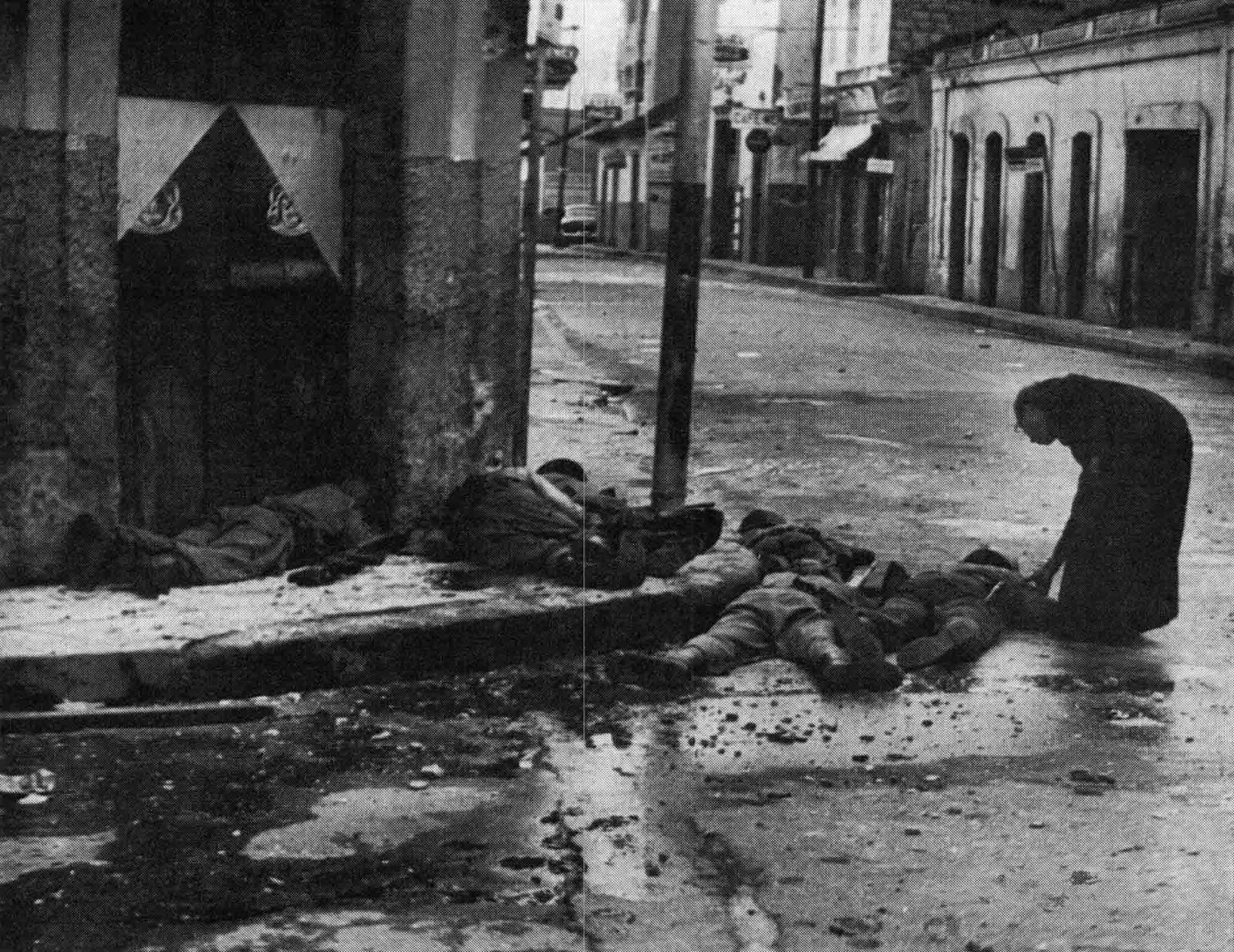 Despite the danger surrounding him, Luis Padilla walked around giving last rites to dying soldiers.

El Porteñazo (2 June 1962 – 6 June 1962) was a short-lived military rebellion against the government of Rómulo Betancourt in Venezuela, in which rebels attempted to take over the city of Puerto Cabello and its Solano Castle. Venezuela’s constitution was only a year old in 1962, but already there have been two attempts to overthrow the government.

The bloody struggle between government forces and guerrilla rebels in the naval base who had the support of the residents of Puerto Cabello was aggressive.

The rebellion was crushed by 3 June, leaving more than 400 dead and 700 injured, and by 6 June the rebels’ stronghold of Solano Castle had fallen.