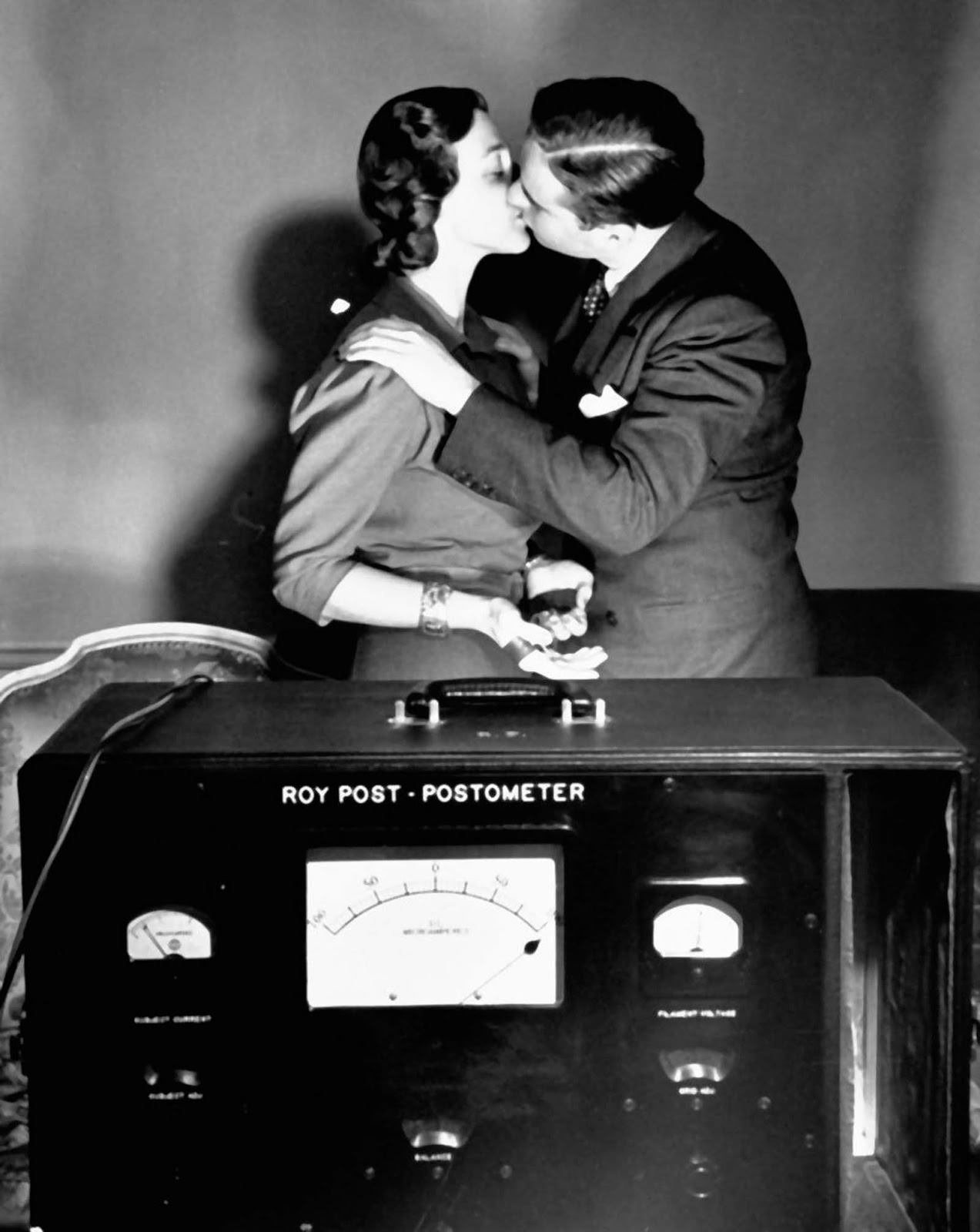 “Kiss on the lips causes the maximum reaction, swings the needle to the end of the dial.”

Lie detector tests have become a popular cultural icon — from crime dramas to comedies to advertisements — the picture of a polygraph pen wildly gyrating on a moving chart is a readily recognized symbol. NYPD criminologist Roy Post invented his own version of a lie detector machine. Called the Postometer, the test theoretically detected not only criminal suspects, but also discovered the truth, or otherwise, of people’s reactions to emotional stimulus.

The subjects of Post’s experiments placed their hands on a pair of metal plates. Their blood pressure and temperature generated a small electrical current, indicating an emotional change had occurred. The Postometer amplified these currents and displayed their levels on its needle and dial. In this article we’ve collected a few pictures taken while they were testing out the “power of kisses”.

Assessments of polygraphy by scientific and government bodies generally suggest that polygraphs are highly inaccurate, may easily be defeated by countermeasures, and are an imperfect or invalid means of assessing truthfulness. Despite claims of 90% validity by polygraph advocates, the National Research Council has found no evidence of effectiveness. The American Psychological Association states “Most psychologists agree that there is little evidence that polygraph tests can accurately detect lies.” 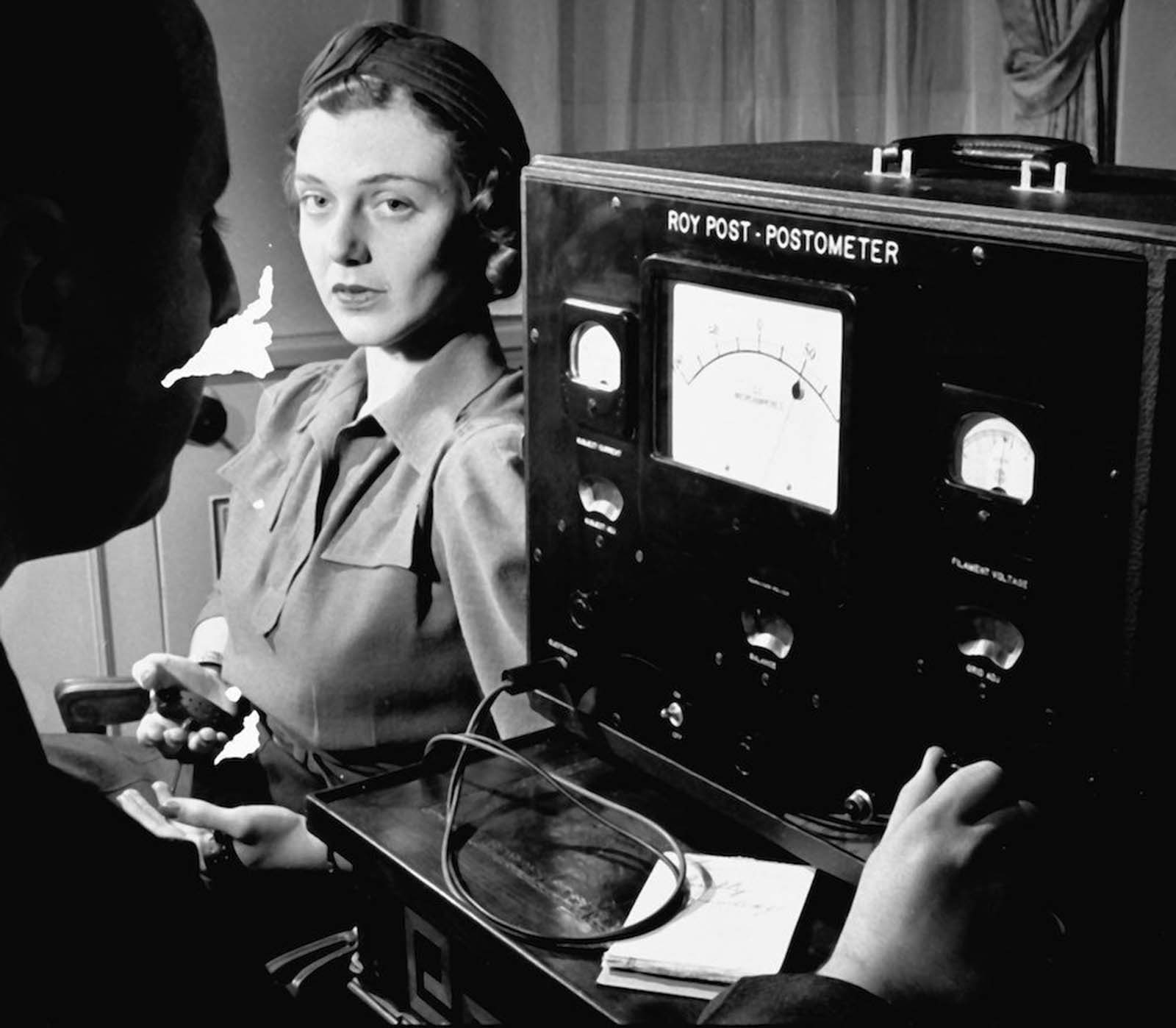 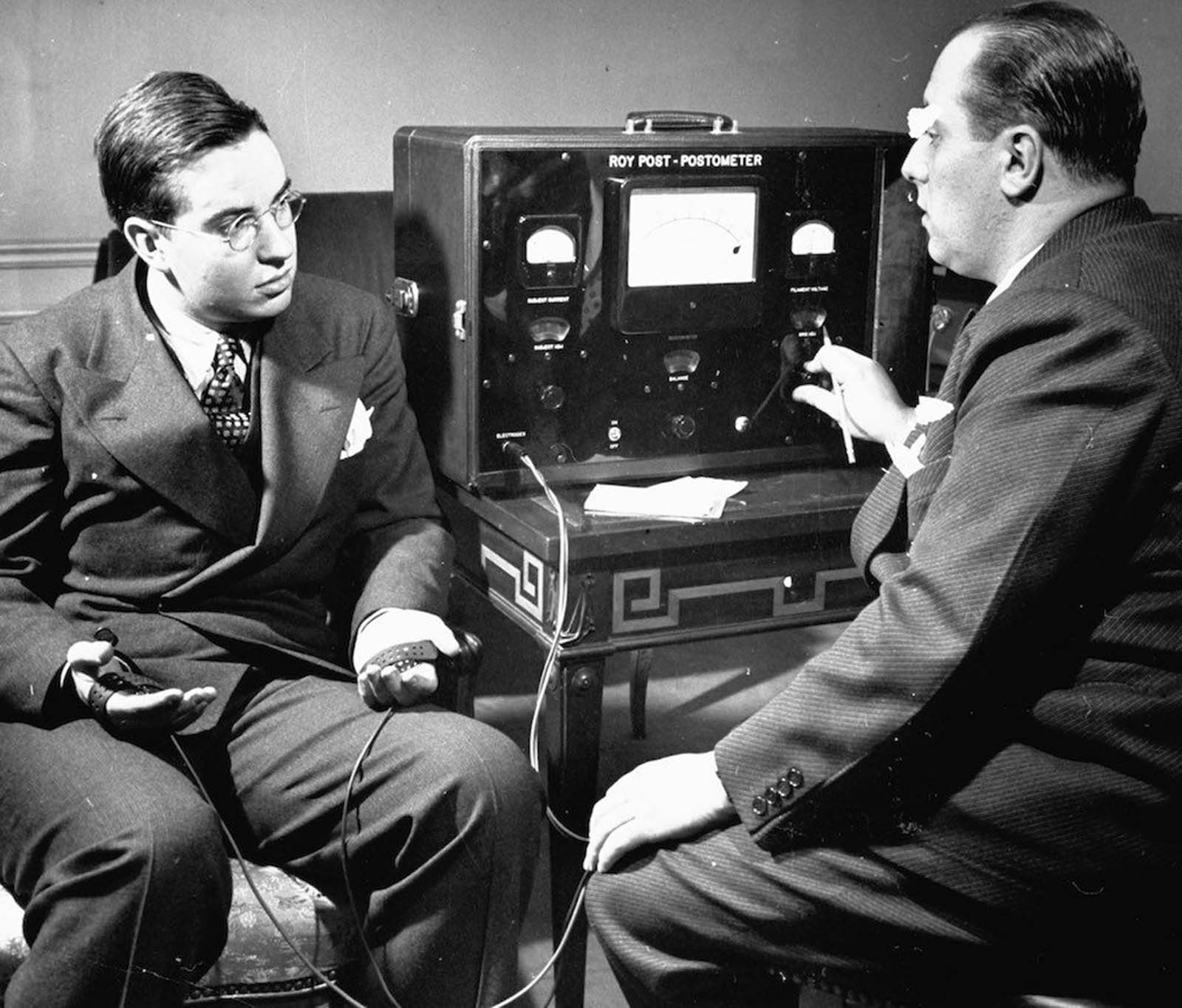 In some countries, polygraphs are used as an interrogation tool with criminal suspects or candidates for sensitive public or private sector employment. 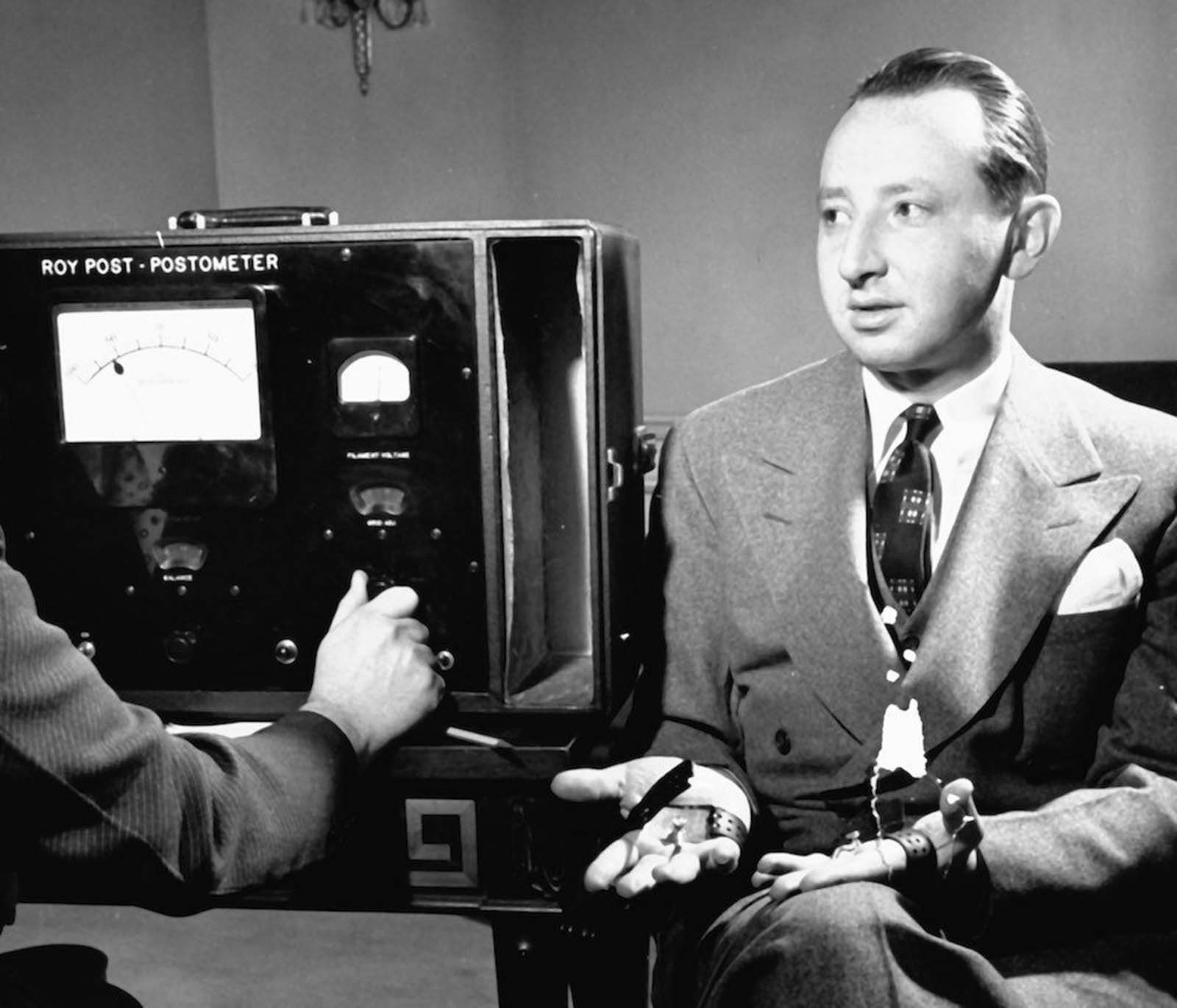 “Needle hardly moves because this man did not steal the briefcase in our experiment.” 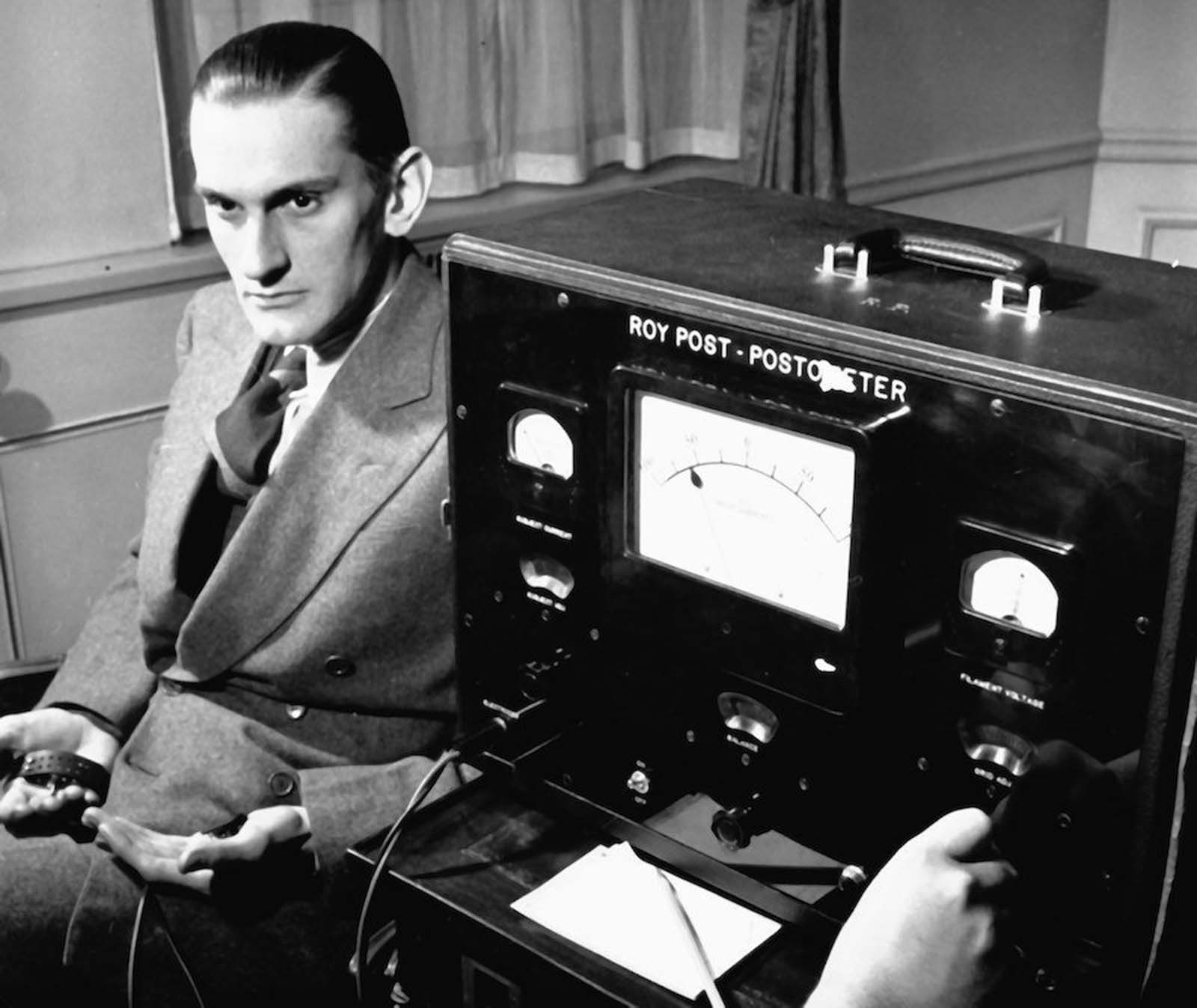 “This man looked guilty, but the detector proved he was innocent.” 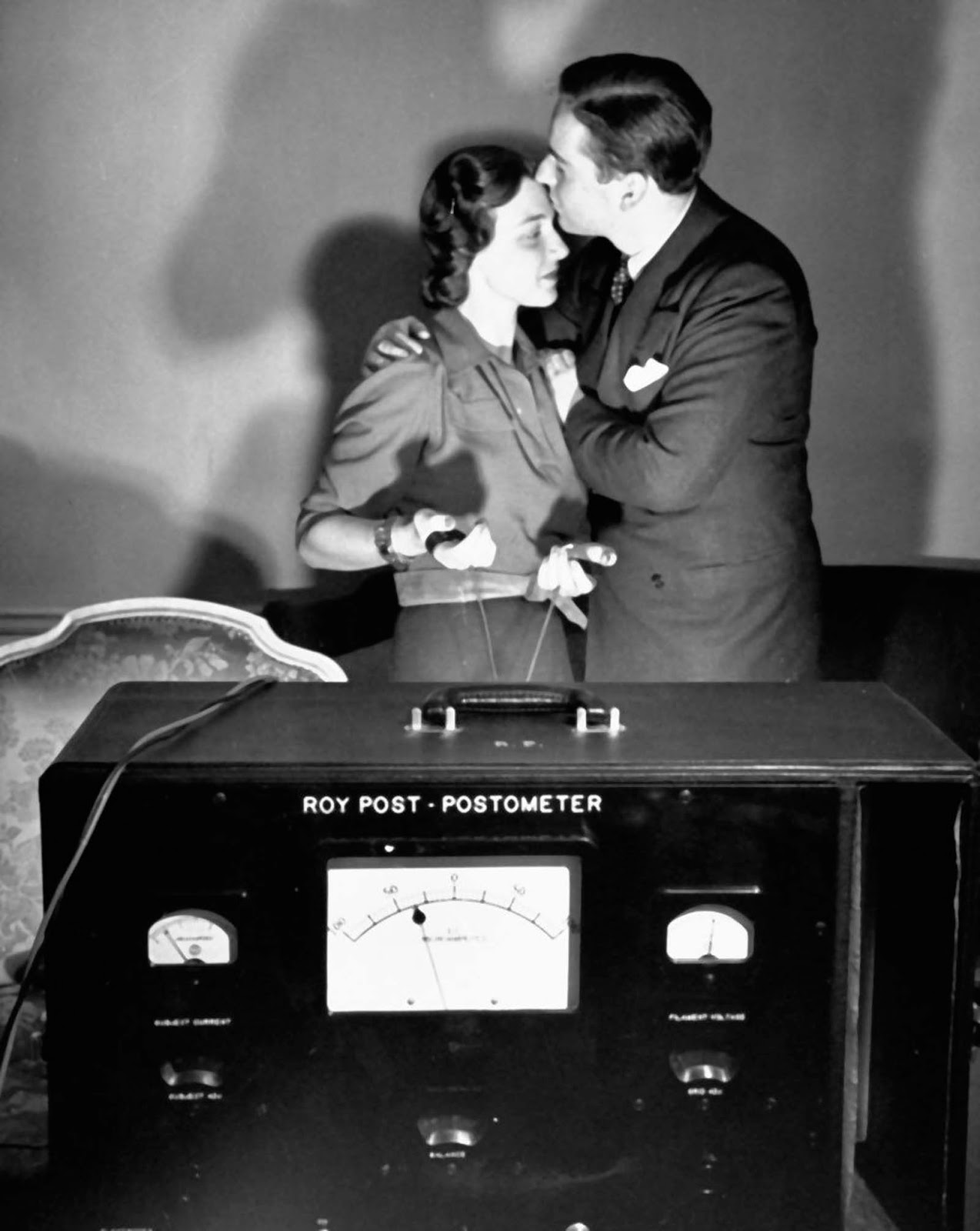 “Kiss on the forehead creates little emotion, as shown by small movement of needle.”