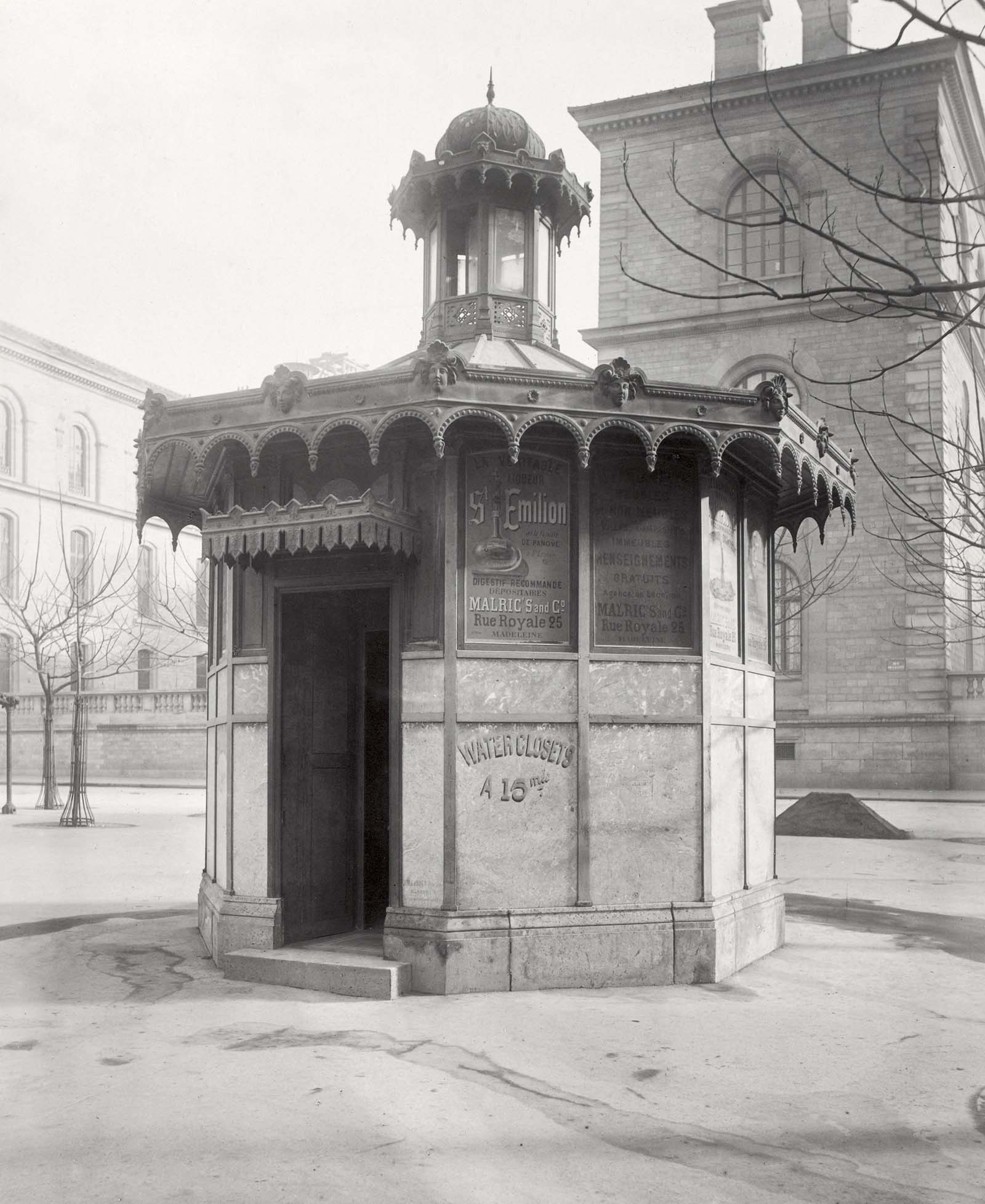 Paris in the 19th century was as notorious for its noxious odors as it was for revolutionary riots. The streets overflowed with rubbish and horse dung, and anyone caught short in the open simply relieved themselves where they stood.

Having a simple cylindrical shape, built of masonry, open on the street side, and ornately decorated on the other side as well as the cap, they were popularly known as ‘colonnes Rambuteau‘ (‘Rambuteau columns’).

To save his name from being associated with urinals, Rambuteau suggested the name ‘vespasiennes‘, in reference to the 1st century Roman emperor Titus Flavius Vespasianus, who placed a tax on urine collected from public toilets for use in tanning. This is the term by which street urinals were known in the French-speaking world, rather than ‘pissoir’, a French-sounding word in use in other countries.

As you can see from some of the photos, this solution didn’t provide a massive amount of privacy, but since the torso area of the male remained covered it saved other Parisians from accidentally glimpsing one’s private parts. Moreover, it helped clean up the streets of the mess caused by stale urine once the pissoirs began to catch on. 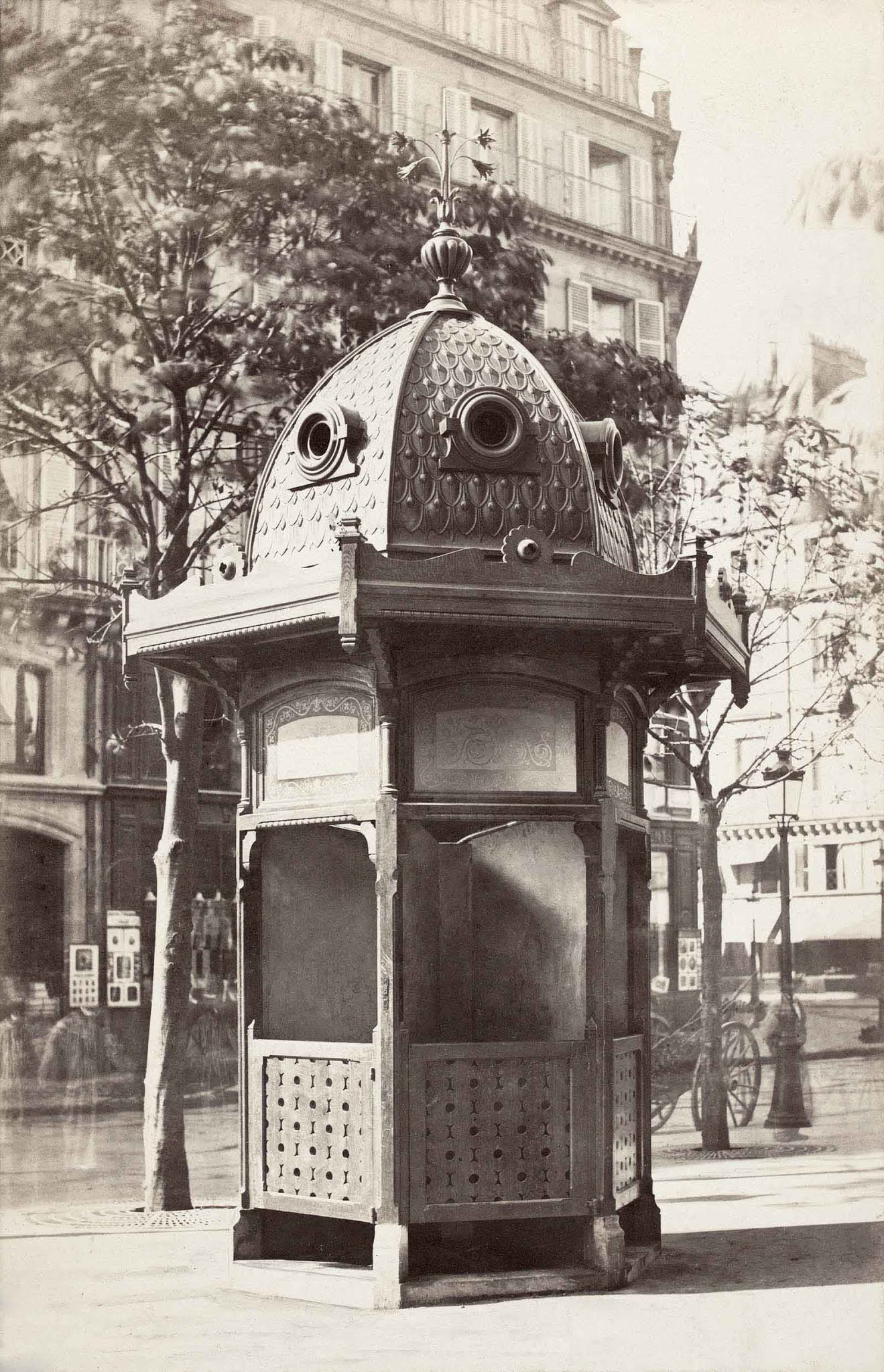 Most of the pissoirs that Marville photographed are quite beautiful despite their lowly utilitarian purpose.

Later on, cast iron urinals were introduced as part of Baron Haussmann’s remodeling of the city. A large variety of designs were produced in subsequent decades, housing two to 8 stalls, typically only screening the central portion of the user from public view, with the head and feet still visible. Screens were also added to Rambuteau columns.

Unfortunately, there were no public urination structures for the rest of the population: though the notion of building conveniences for women was briefly entertained, it was decided they would take up too much space on public thoroughfares.

At the peak of their spread in the 1930s, there were 1,230 pissoirs in Paris, but by 1966 their number had decreased to 329. During World War Two, French Resistance members used the pissoirs as places to meet for a private conversation or to leave a message for someone without the Nazis finding out.

From 1980 they were replaced systematically with new technology, a unisex, enclosed, automatically self-cleaning unit called the Sanisette. By 2006, only one historic pissoir remained, on Boulevard Arago.

The photos collected in this article were taken by one of the most notable and gifted photographers of the nineteenth century, Charles Marville. He was chosen by the city of Paris to document the changing city, especially landmarks that were built by Baron Georges-Eugene Haussmann. 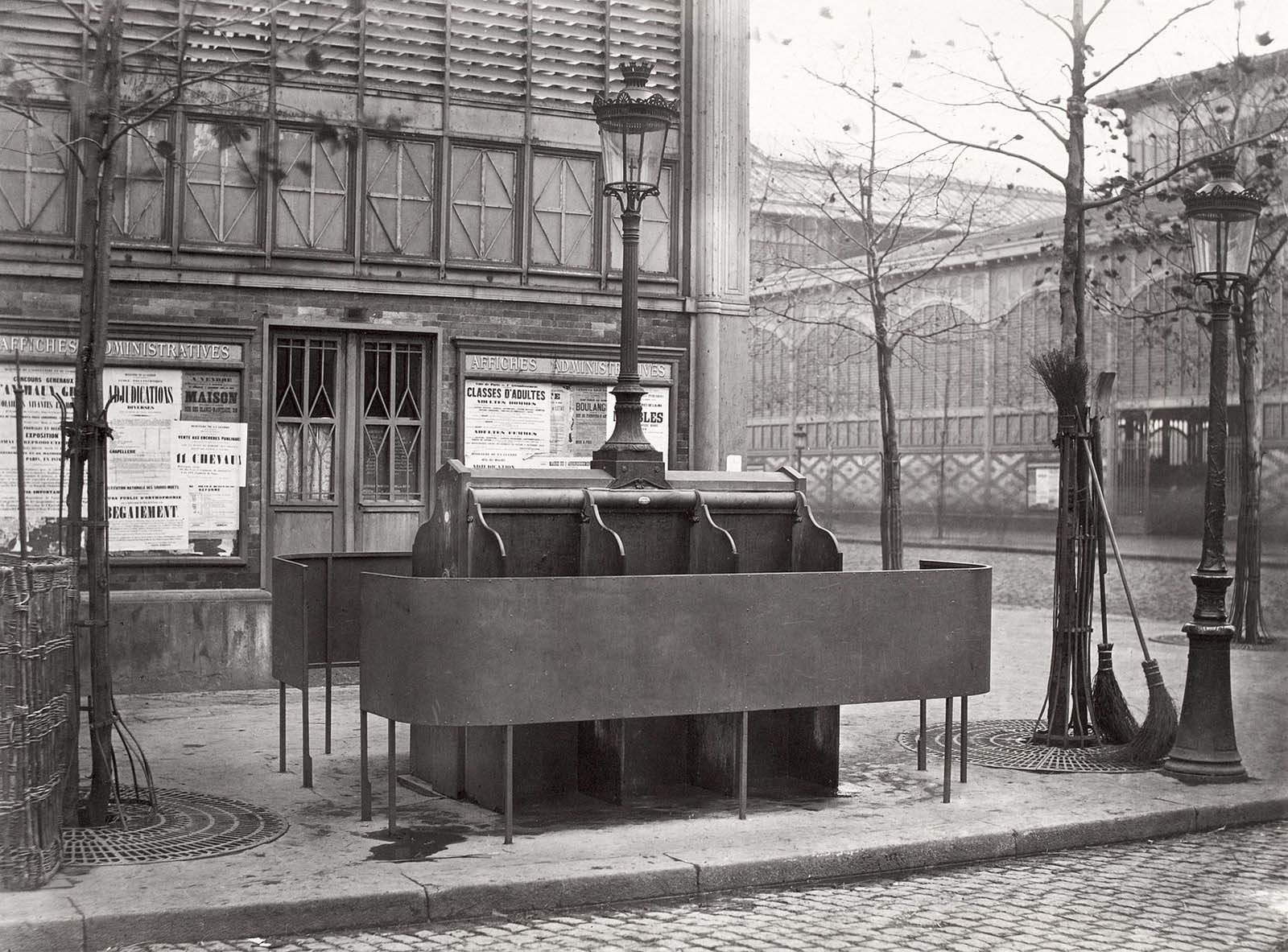 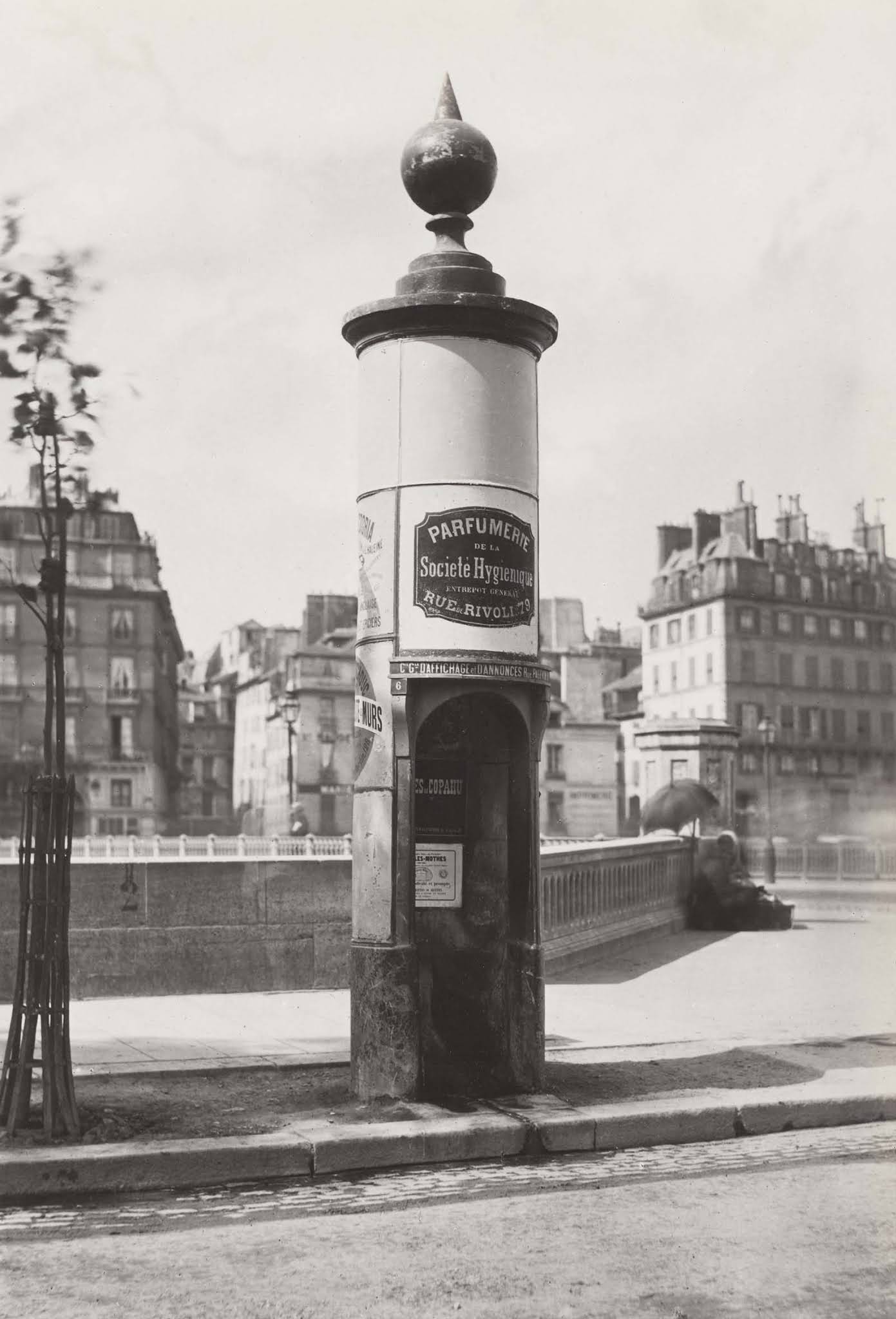 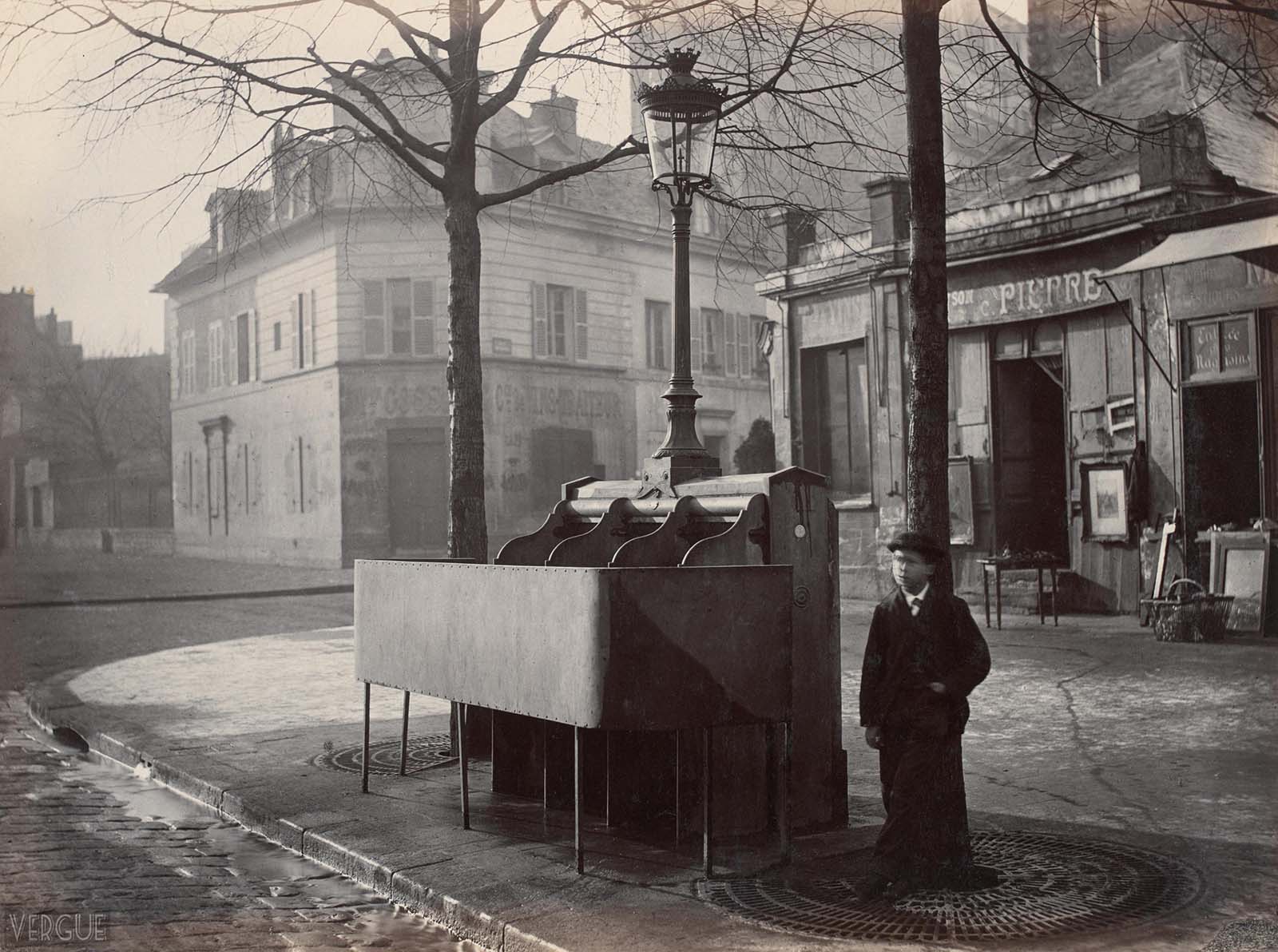 The pissoirs were conceived in 1834 by Claude-Philibert Barthelot, Comte de Rambuteau—a French official who pioneered and implemented improvements to the existing sewer system in Paris. 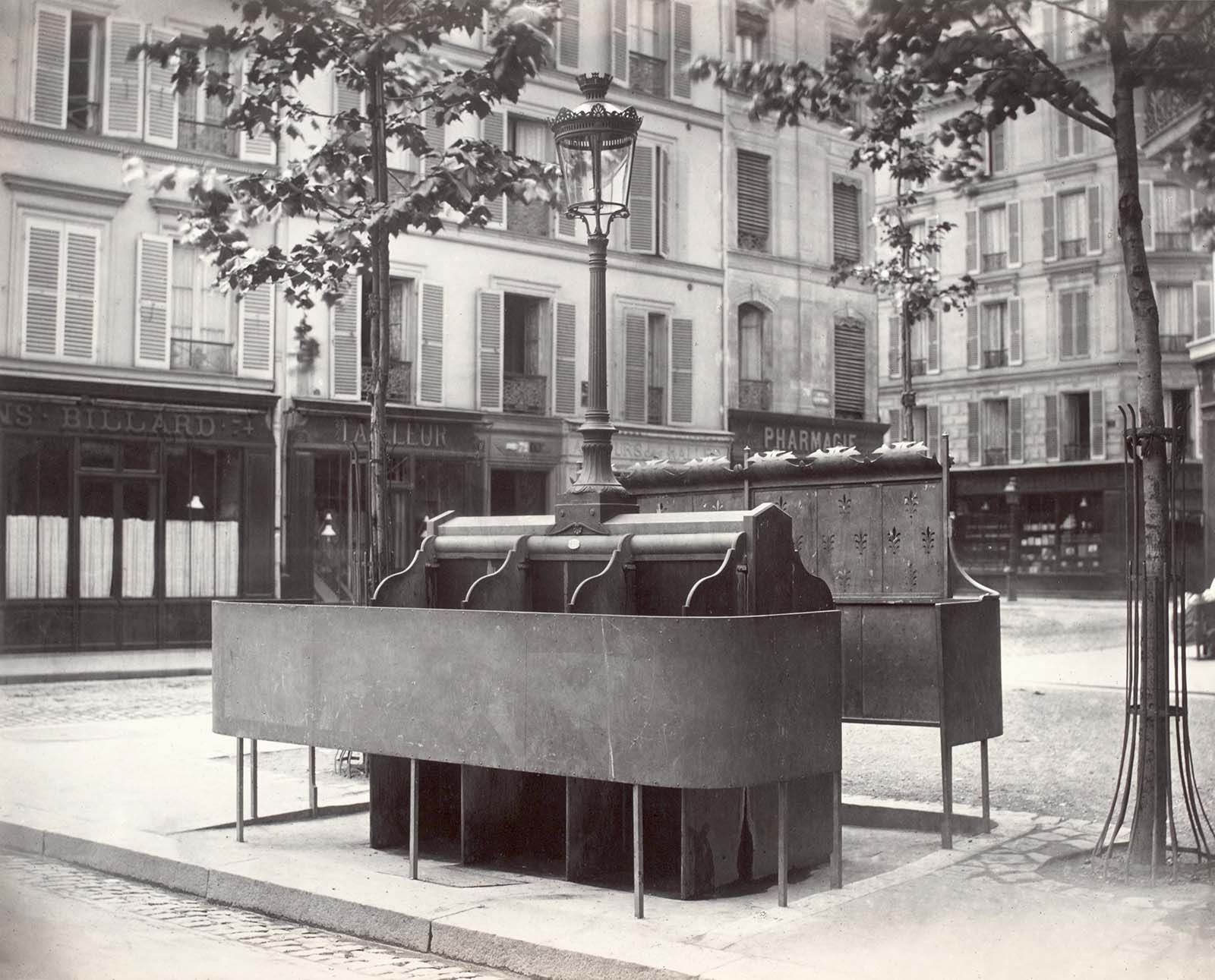 Haussmann would be instrumental in helping install pissoirs of varying styles and sizes all around Paris. 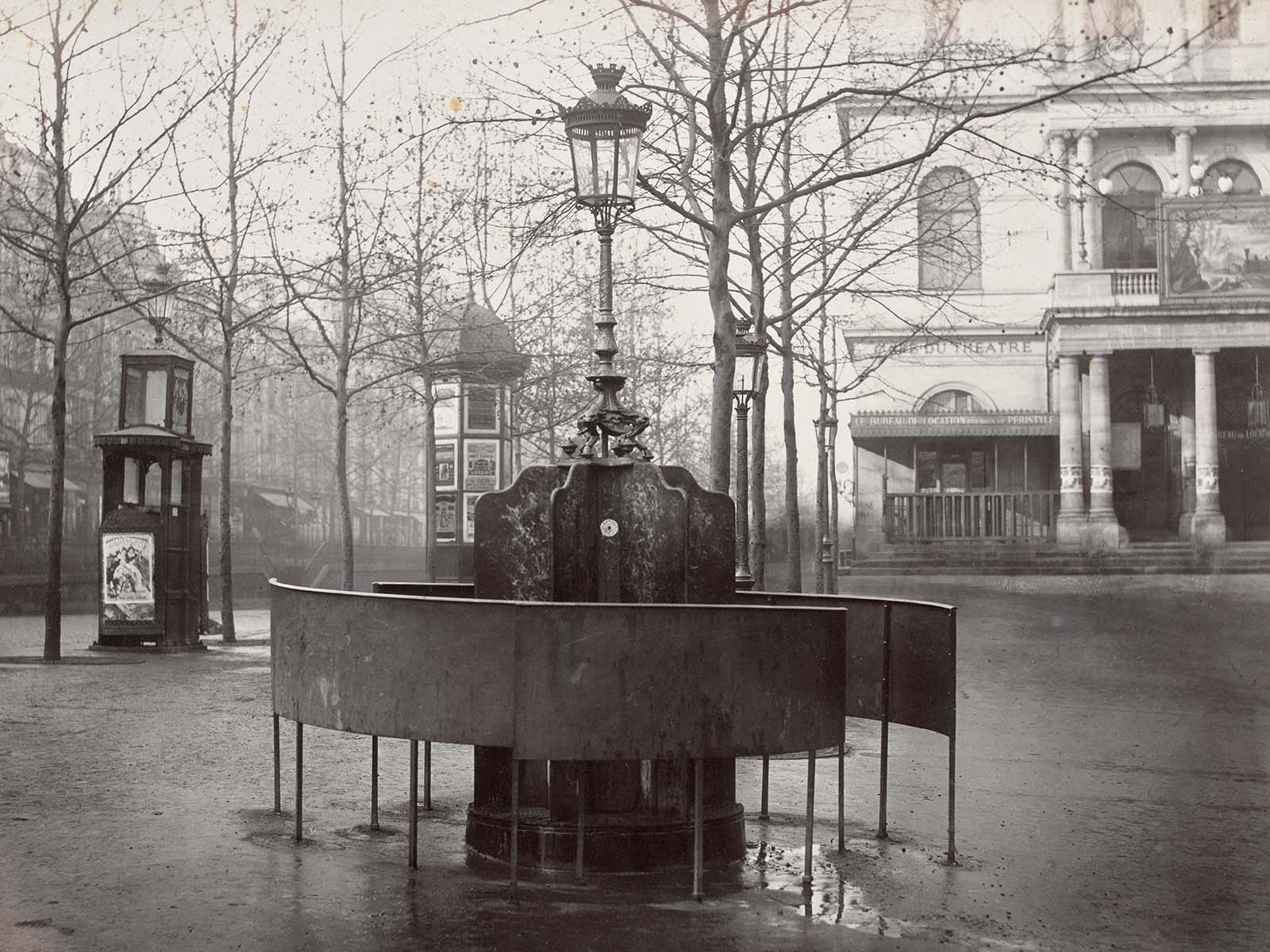 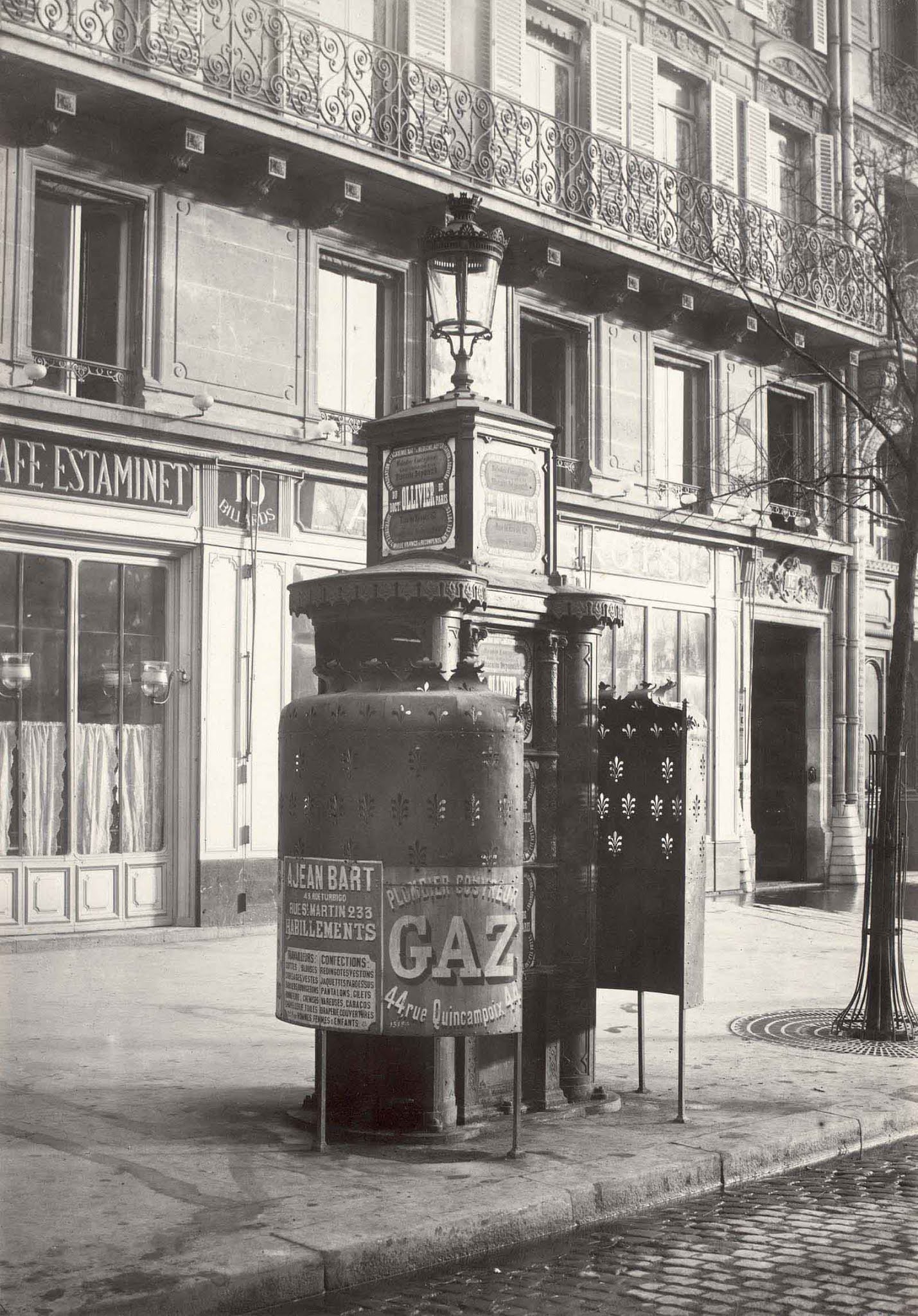 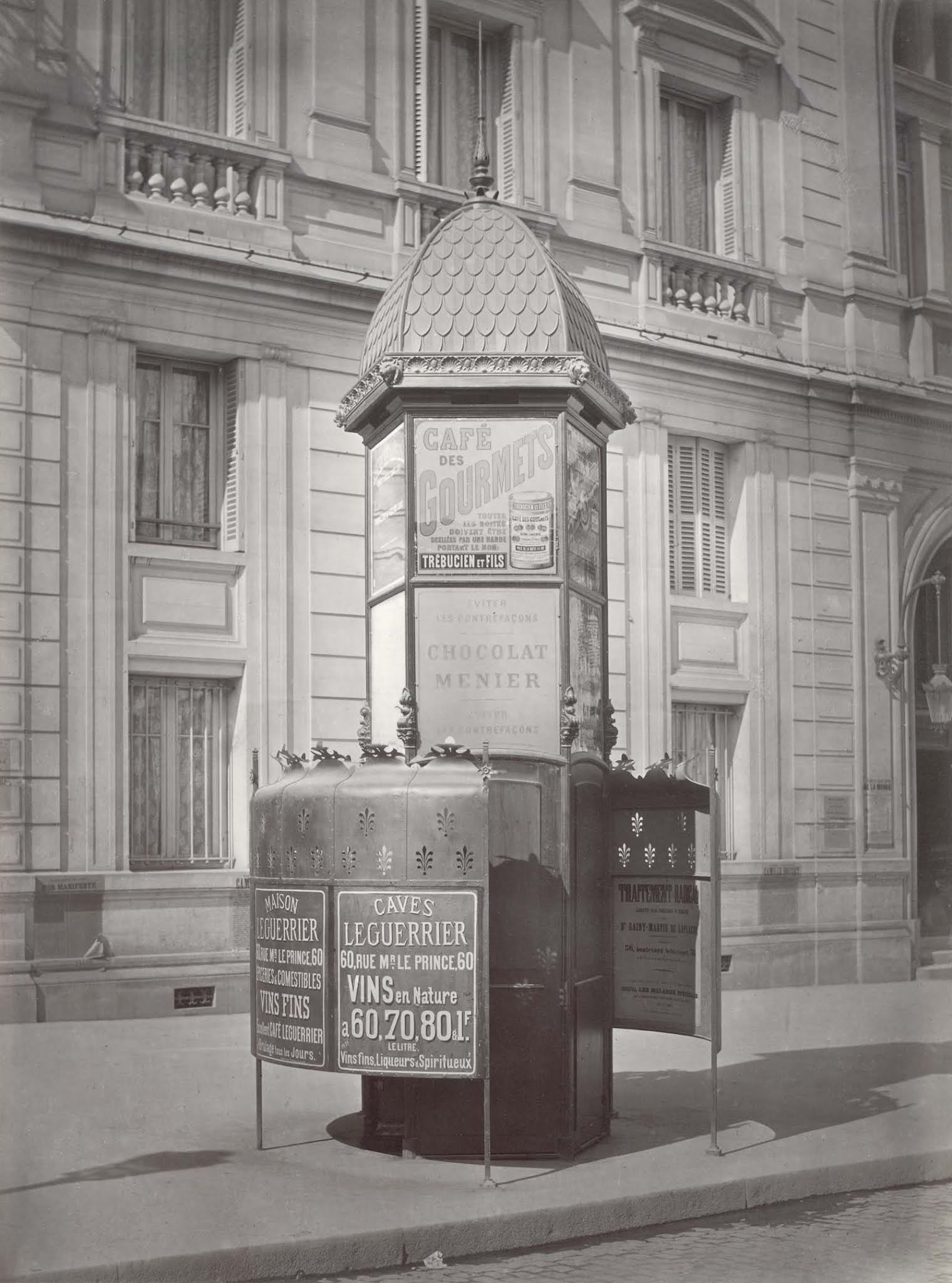 A pissoir in Paris. 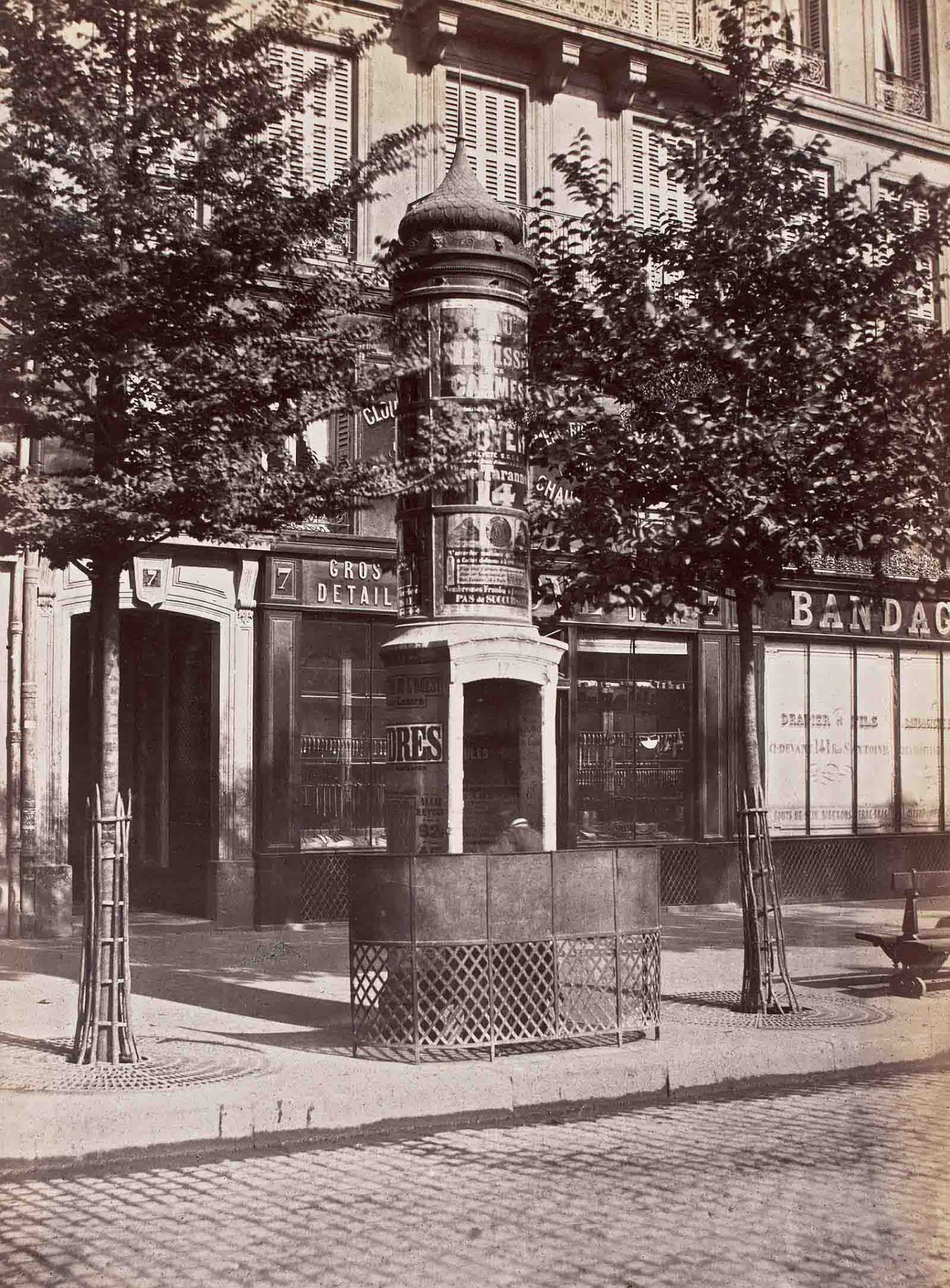 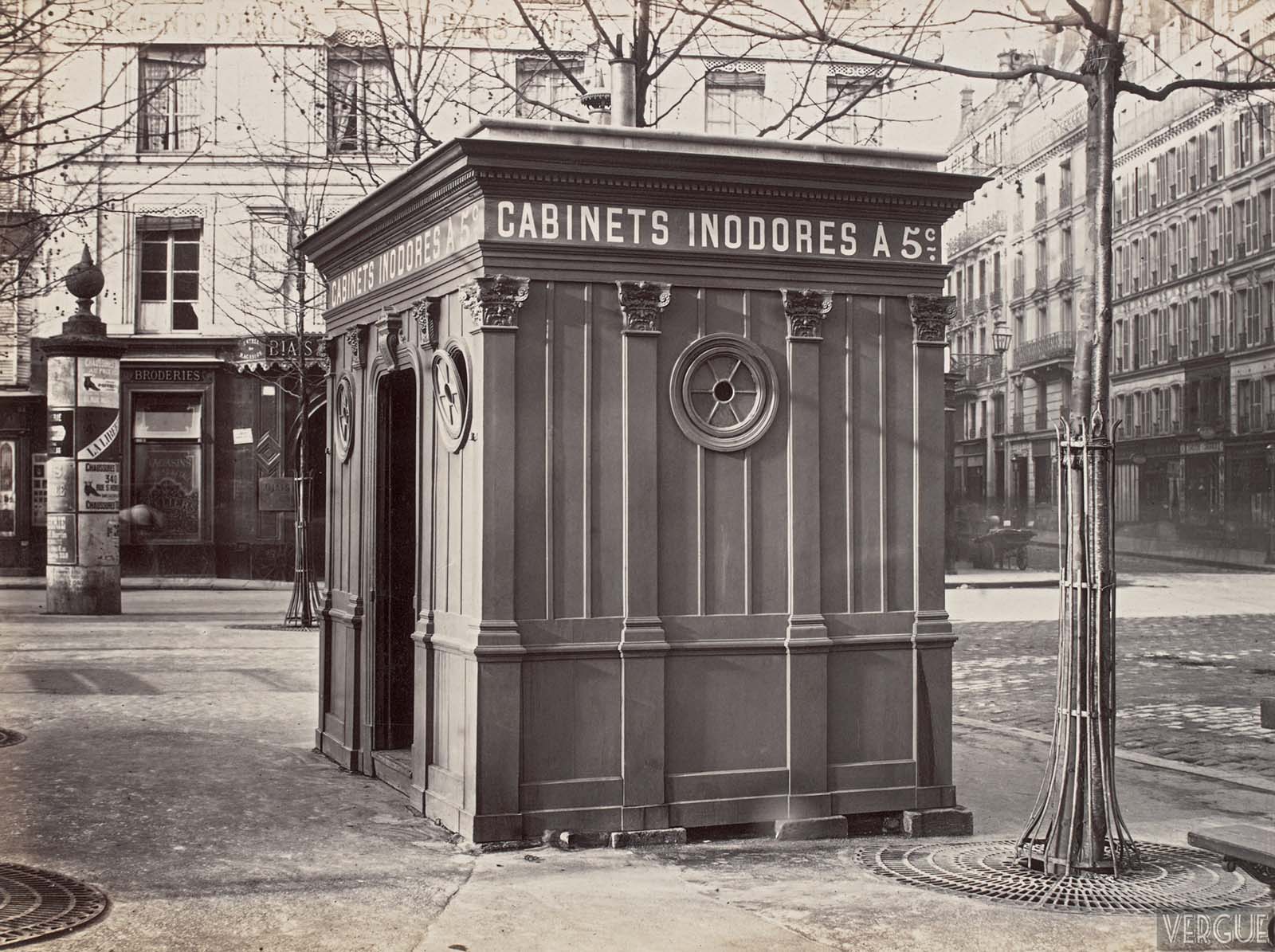 A larger type of pissoir. 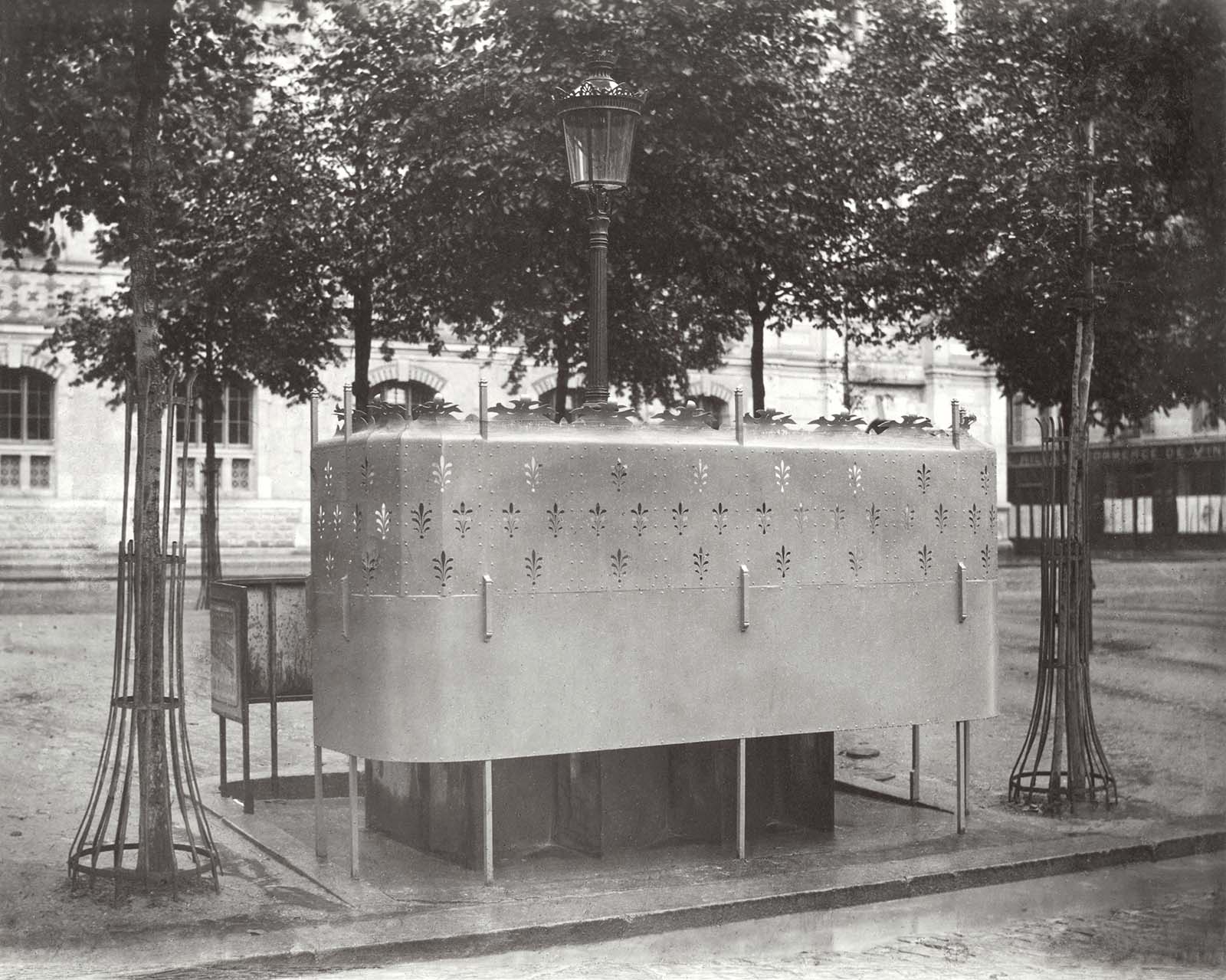 Another version of Parisian pissoirs. 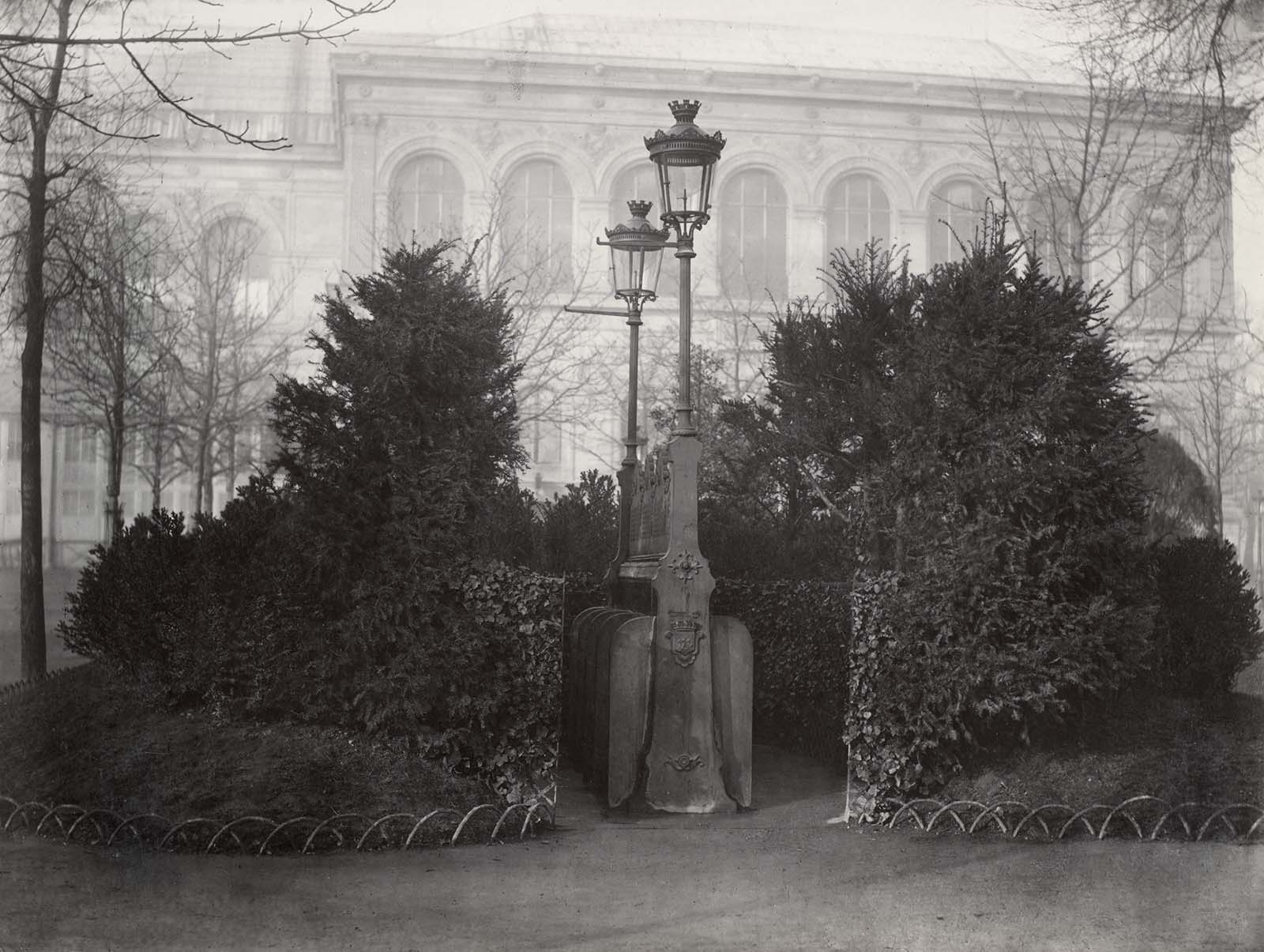 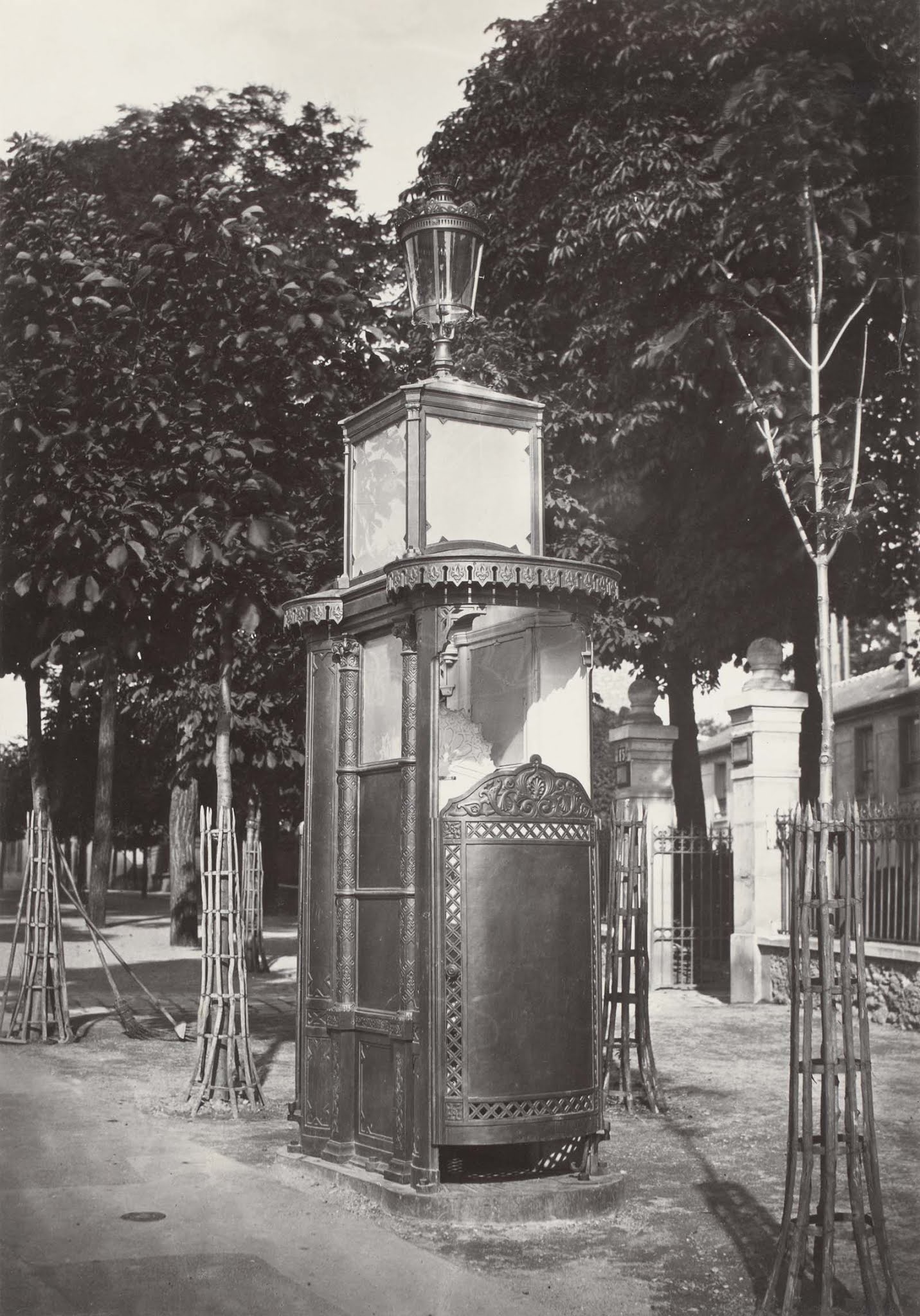 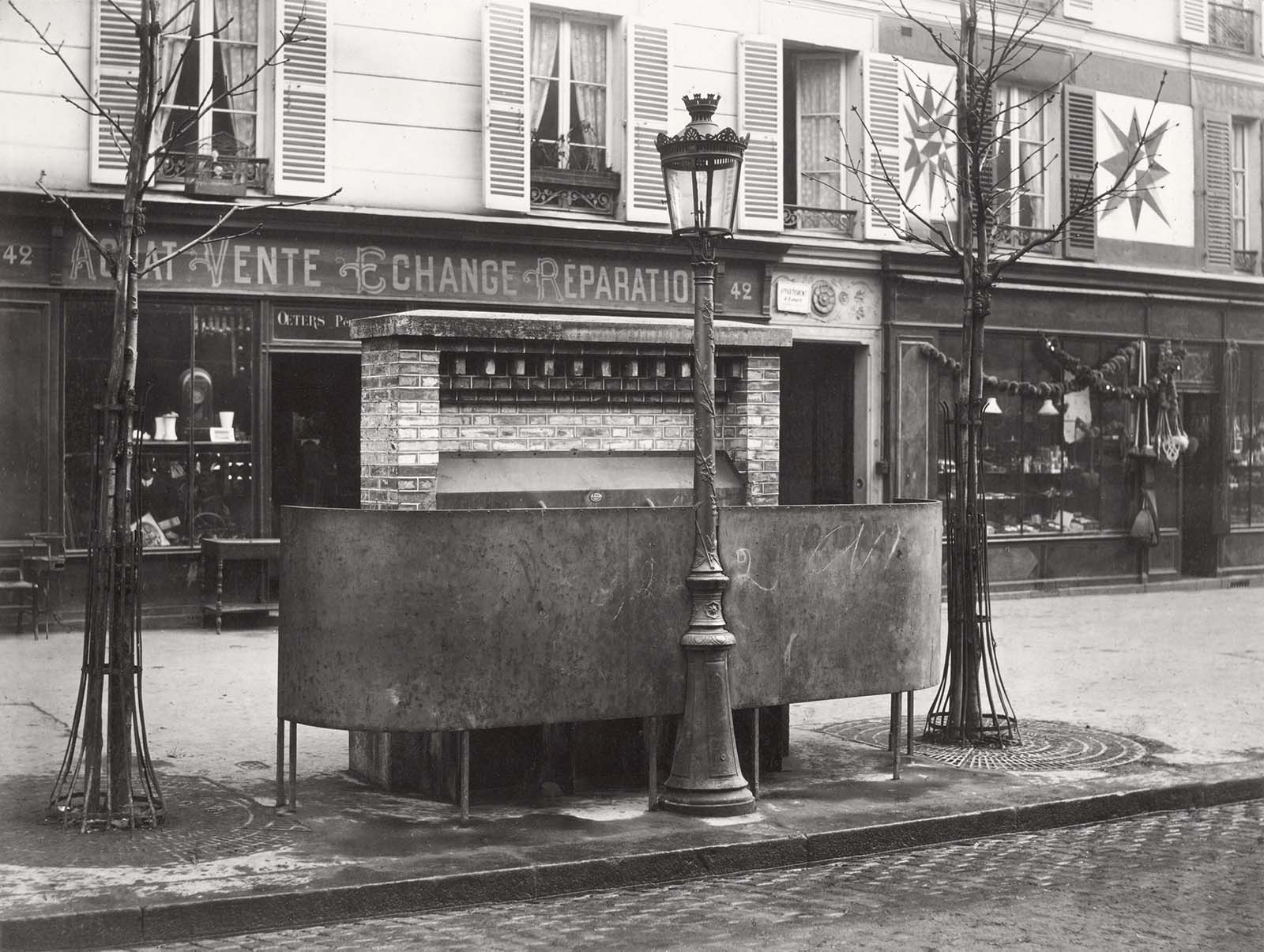 Another public urinal in the 19th century Paris. 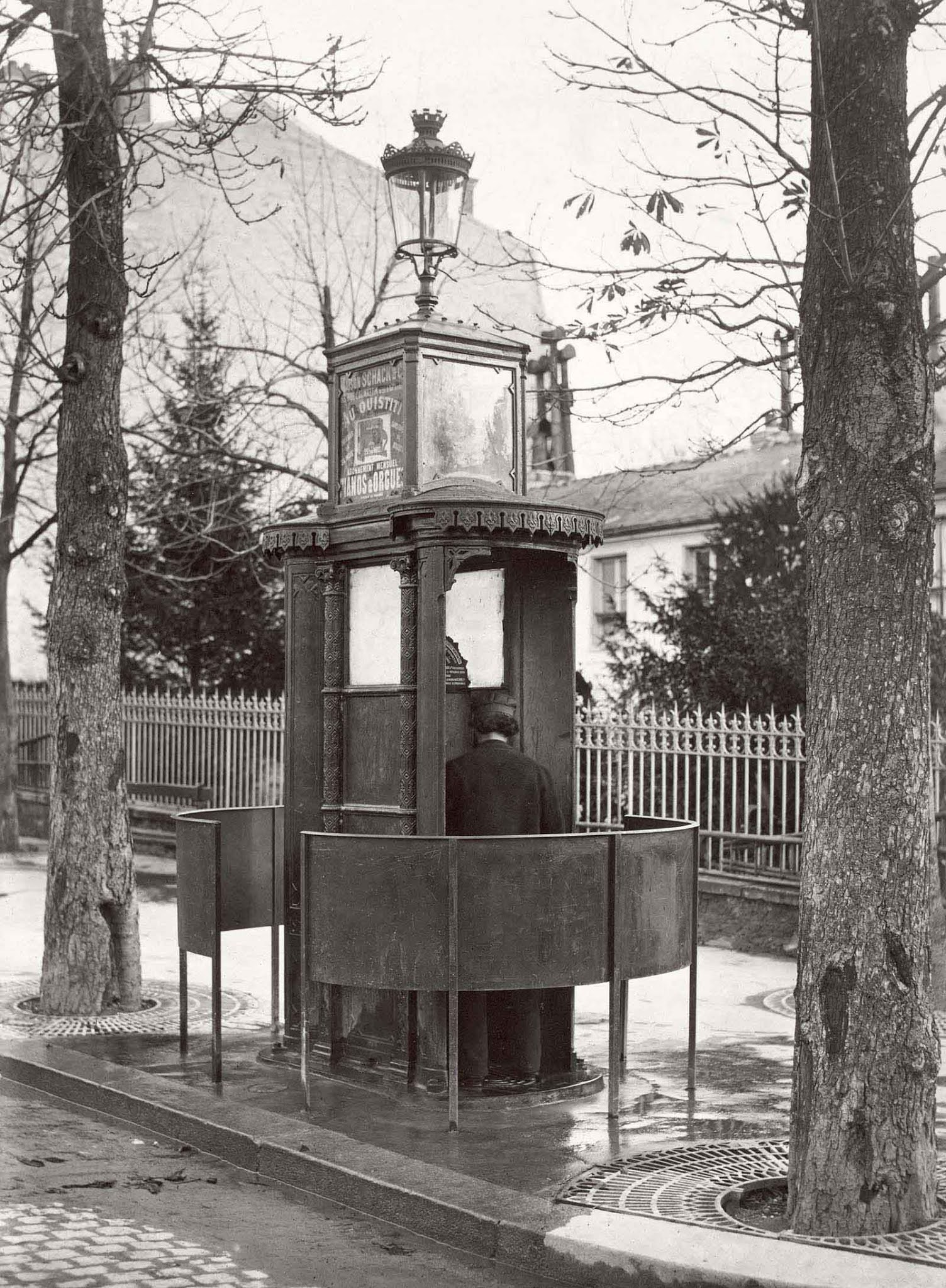 A man using the pissoir at Chaussée de la Muette, 1875. 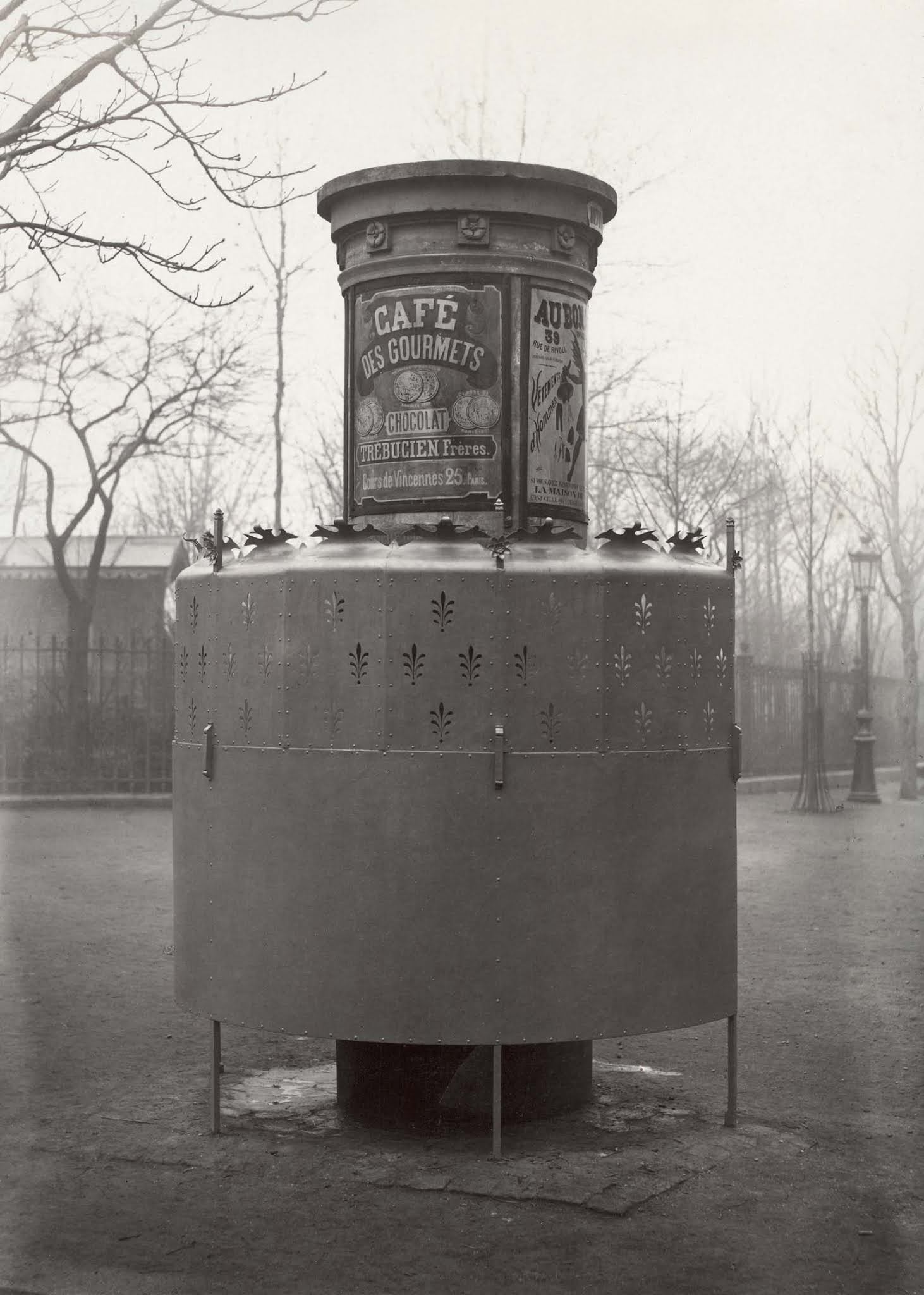 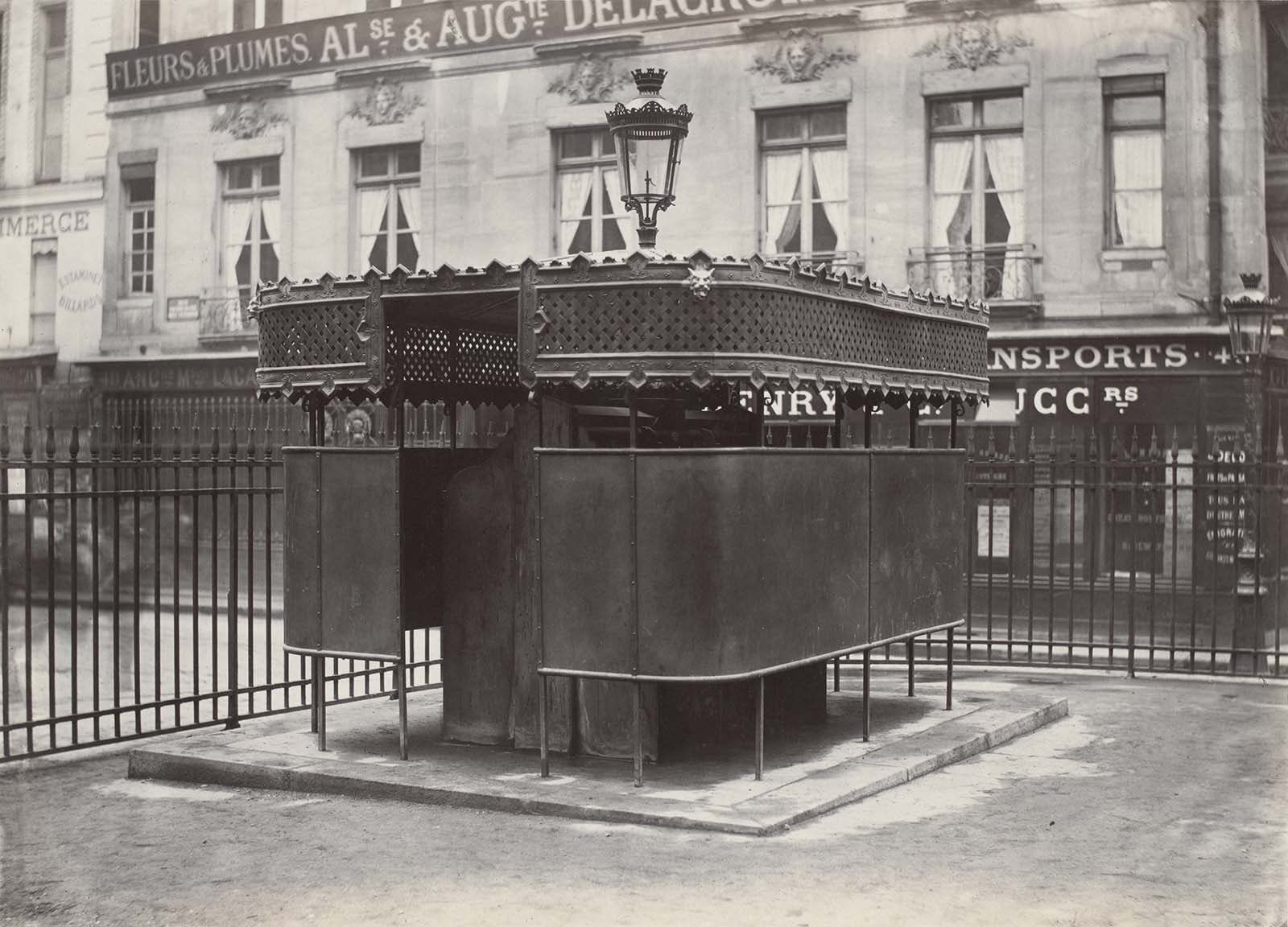 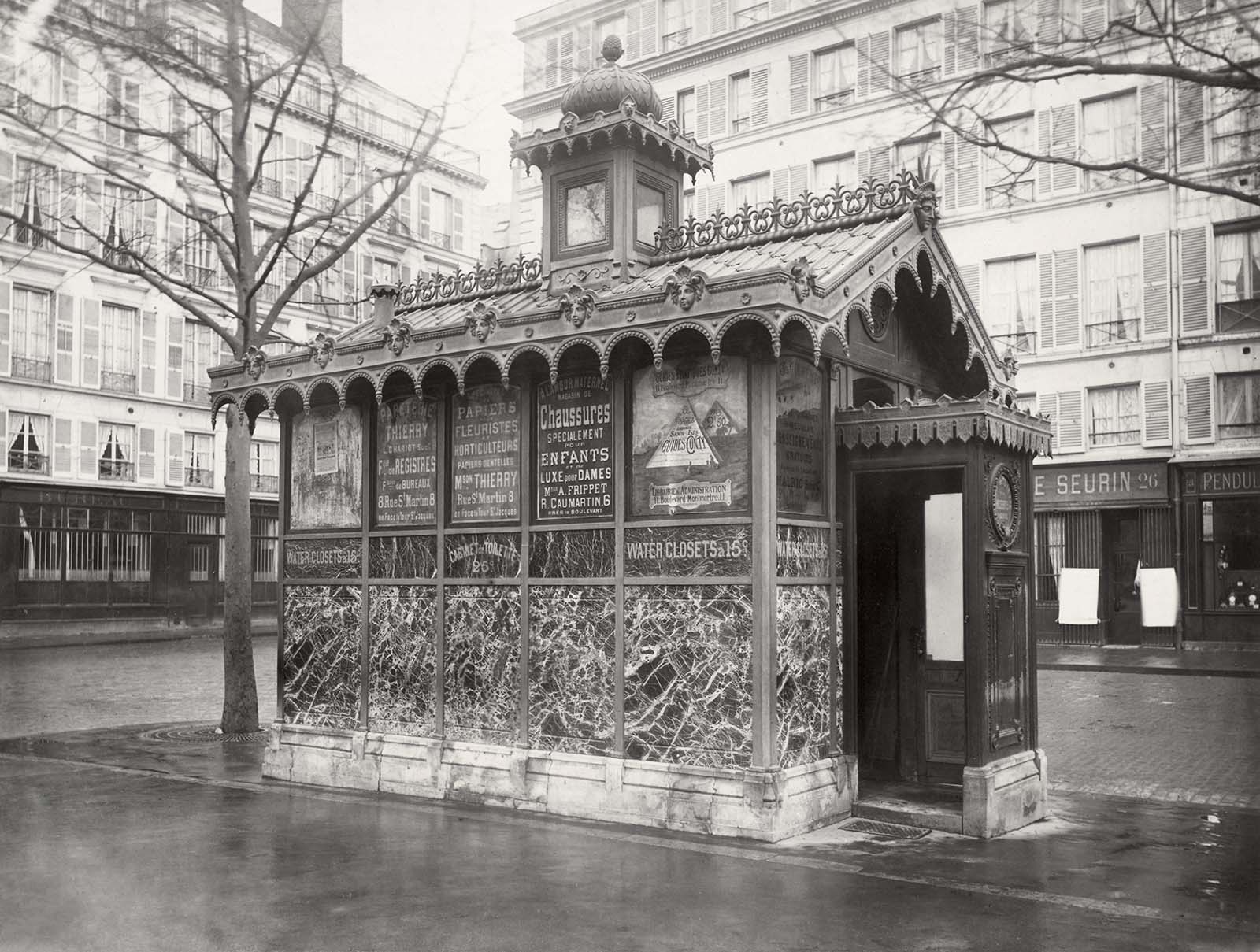 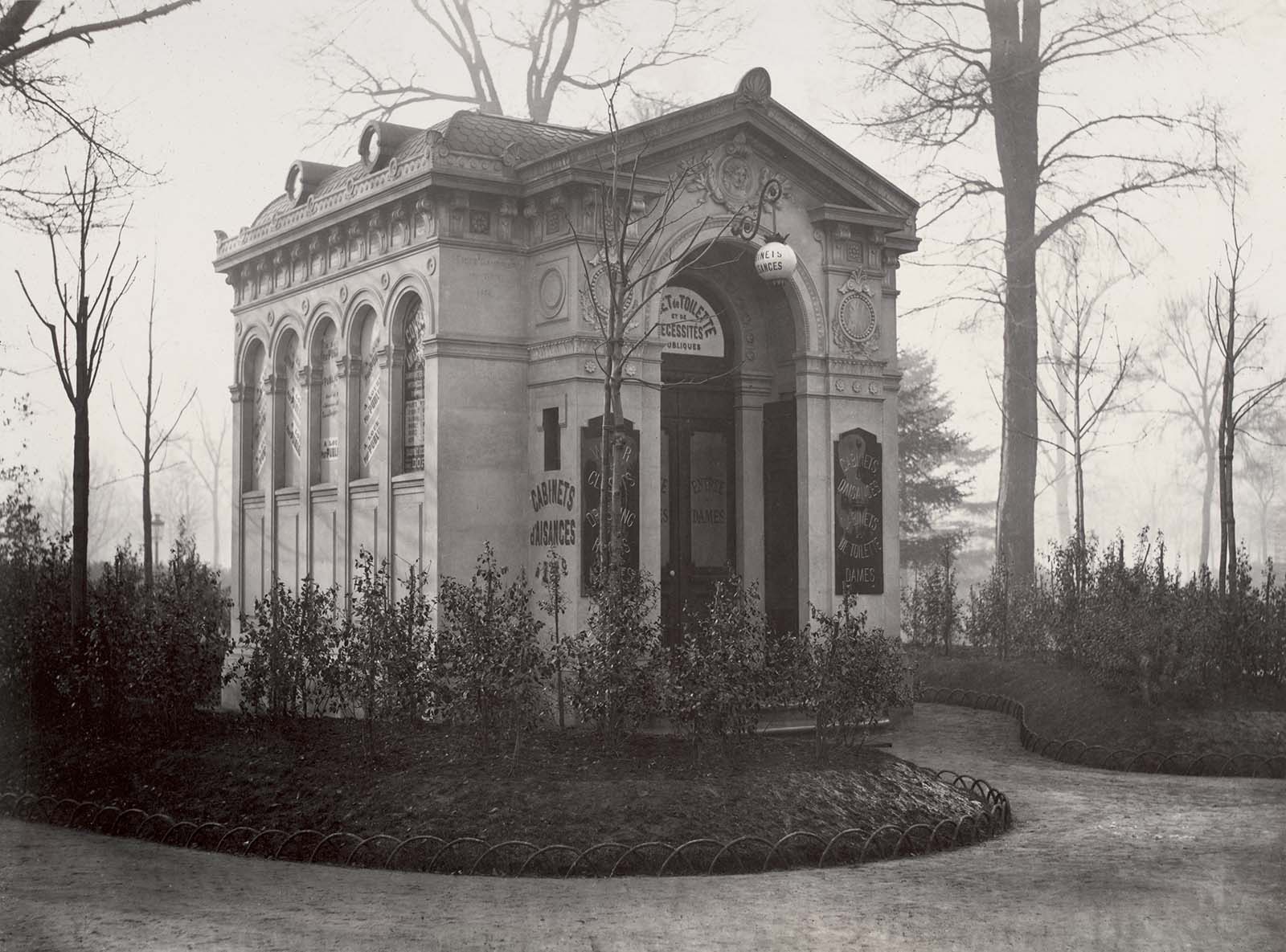