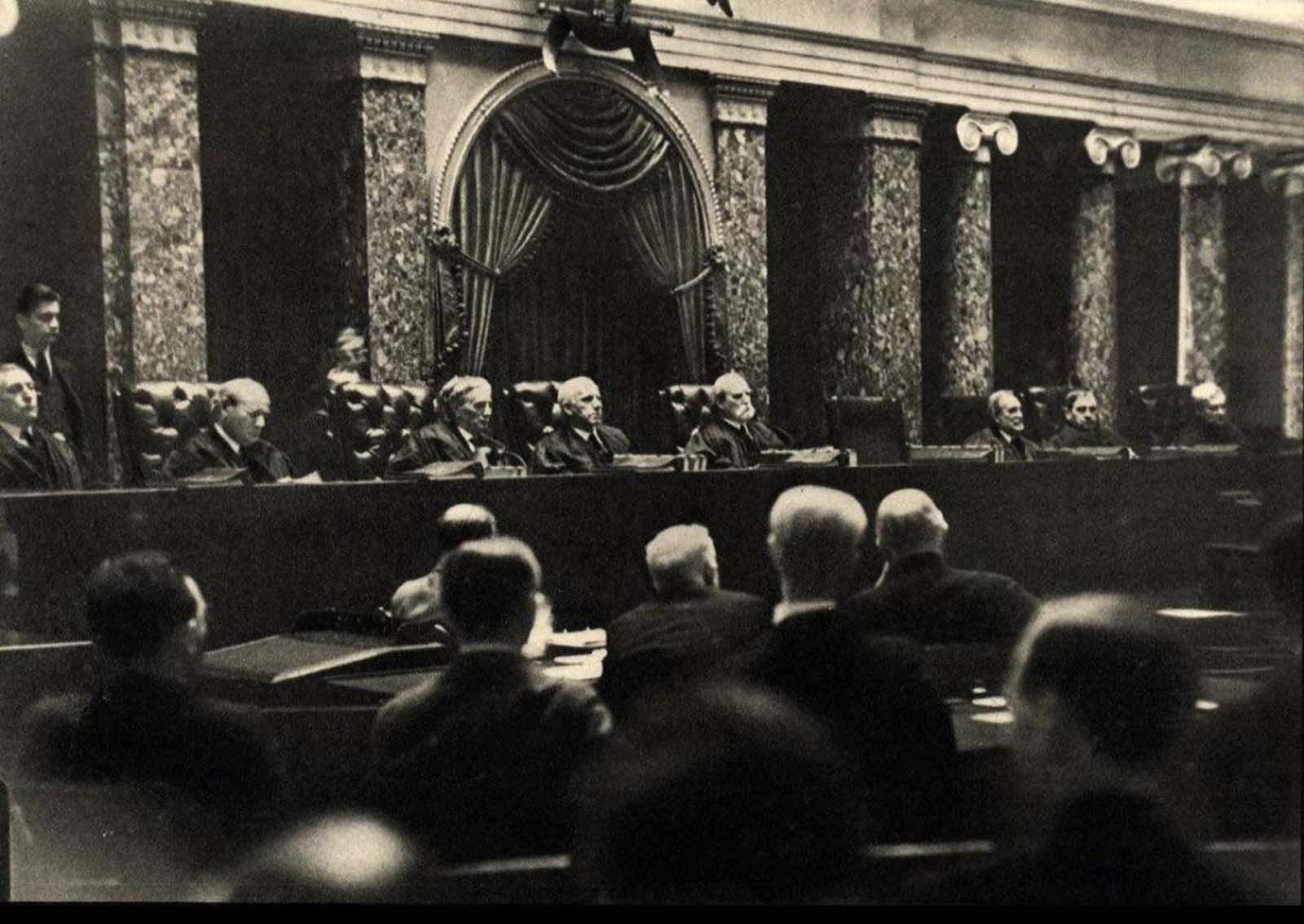 Illegal picture taken inside the US Supreme Court in 1932. Dr. Erich Salomon faked a broken arm so he could hide a camera in his cast.

There are only two known photos in existence taken inside the US Supreme Court while in session. The Supreme Court of the United States does not allow cameras in the courtroom when the court is in session, a policy which is the subject of much debate. Although the Court has never allowed cameras in its courtroom, it does allow audio recordings of oral arguments and opinions.

The first photo was taken in 1932 by a German photographer named Erich Salomon. He decided to sneak a camera into the Supreme Court by faking that he had a broken arm so that he could hide his camera inside his sling.

As we can see, Salomon was able to snap a nice shot, which was later published in Fortune magazine and captioned as the first photo ever made showing the Supreme Court in session.

Chief Justice Charles Evans Hughes is the one in the middle with the big bushy mustache. Among others, in this photo are Justices Louis Brandeis (creator of the constitutional right to privacy) and Harlan Stone (Future Chief Justice and created the ‘rational basis test’). 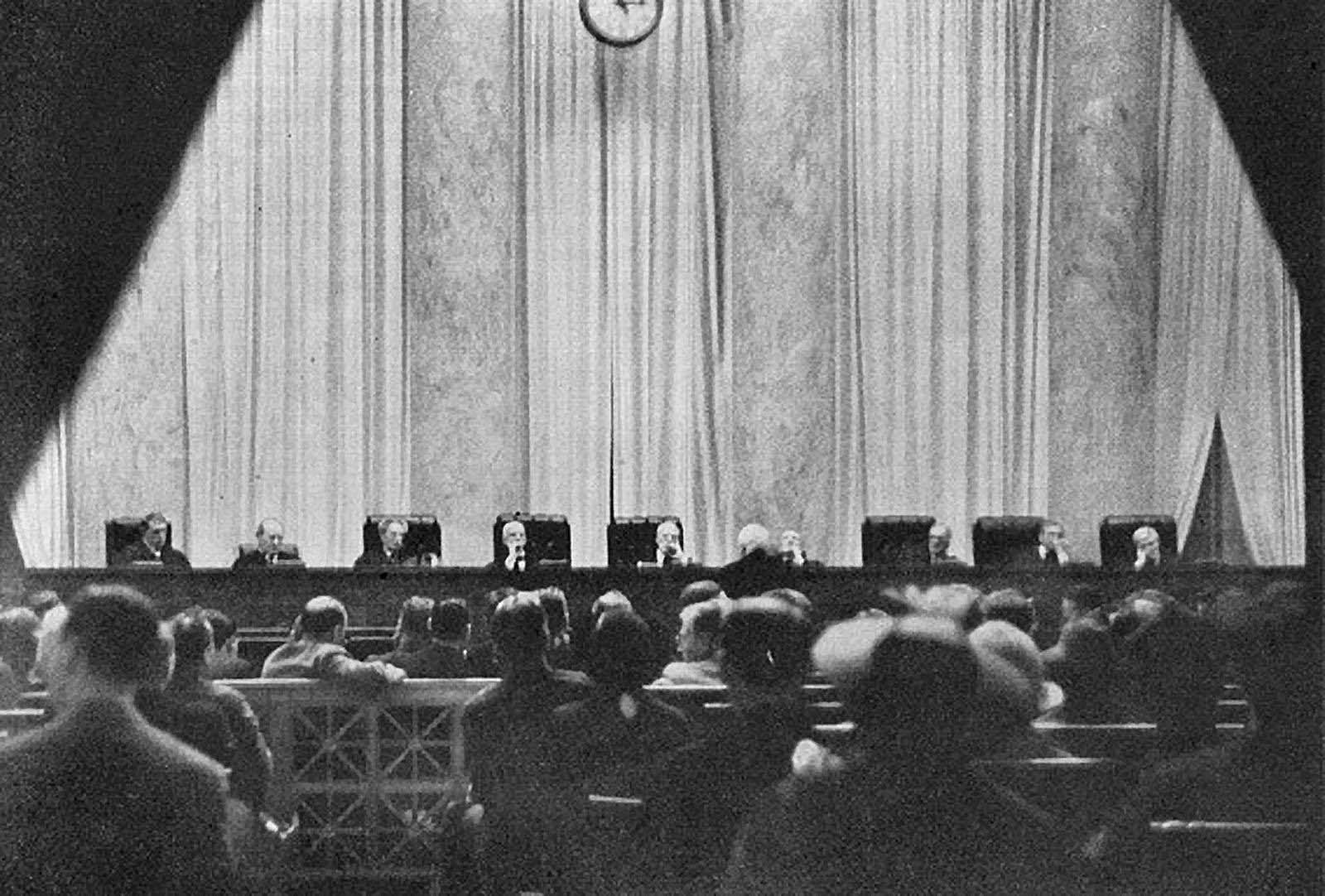 This other known photo of the Supreme Court in session. The photo was published in Time magazine on June 7, 1937.

The second illegal photo was taken in 1937 by a young woman who managed to hide the camera. The photo was published on June 7, 1937, in Time magazine.

The Time article proclaimed that the photo was taken by “an enterprising amateur, a young woman who concealed her small camera in her handbag, cutting a hole through which the lens peeped, resembling an ornament. She practiced shooting from the hip, without using the camera’s finder which was inside the purse.”

The young photographer was never named and her identity still remains a mystery. This is also the only photo where all the 9 justices of the court are captured in the same shot during a session of the Supreme Court.

In 1972 the Judicial Conference of the United States adopted a prohibition against “broadcasting, televising, recording, or taking photographs in the courtroom and areas immediately adjacent thereto.” The prohibition, which was contained in the Code of Conduct for United States Judges, applied to criminal and civil cases.

Supreme Court justices argue that the cameras adversely impact the dynamic of the proceedings. Recently, a number of justices have been more opened to the idea of cameras in the courtroom, possibly paving the way for a rule change in near the future.