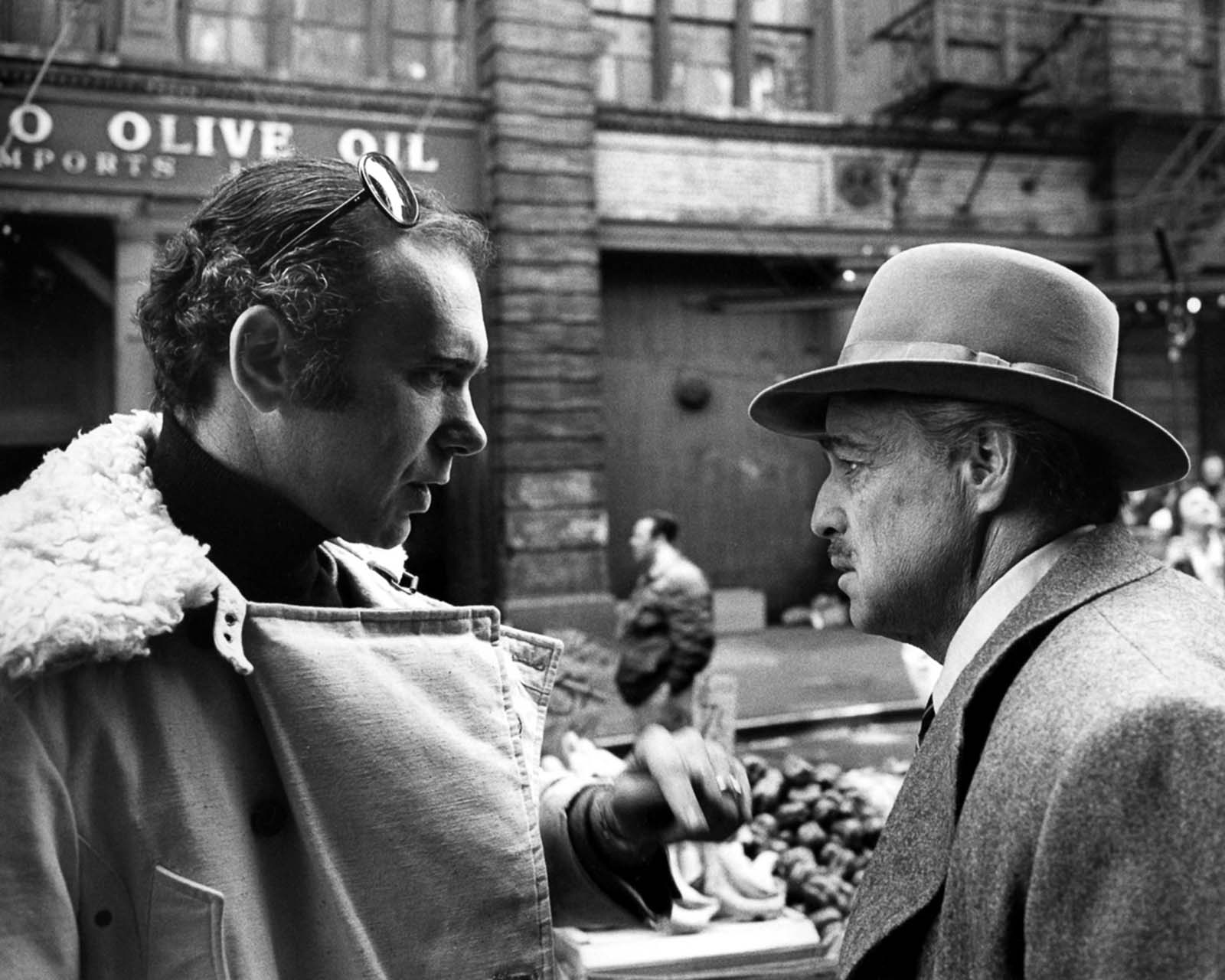 By almost any account, the Godfather films are monuments on the landscape of American cinema. There are, of course, differences of intention and achievement among the three, but the first one, The Godfather (1972), stands out in popular and critical opinion as one of the enduring works of the American cinema.

The standing of The Godfather Part II (1974), nearly comparable to the fist, lies not only in its art, but in its outlook, so rare in American films from the early 1970s, on a flawed American protagonist as an emblem of the American empire. The Godfather Part II brings out the theme of redemption present in Coppola’s vision from the start.

It is natural to regard these films as a trilogy to deal with the continuity of a directorial vision of the century-long working through of economic crime and punishment in the inner sanctum of an American dynasty.

As a commercial venture, The Godfather and, to a lesser extent, The Godfather Part II were blockbusters. In its day, The Godfather was one of the most profitable films of all time. Over the years, it is said, the trilogy did business of more than a billion dollars.

Marlon Brando’s performance as Vito Corleone in 1972’s The Godfather was a mid-career turning point. Director Francis Ford Coppola convinced Brando to submit to a “make-up” test, in which Brando did his own make-up (he used cotton balls to simulate the puffed-cheek look). Coppola was electrified by Brando’s characterization as the head of a crime family but had to fight the studio in order to cast the temperamental Brando.

A critical scene comes early in the film, when, while browsing a fruit stand outside his office, Brando’s Vito Corleone is ambushed and gunned down by rival mobsters. The scene was filmed at 128 Mott Street in New York City, between Hester and Grand, in the heart of Little Italy.

The pictures shown here are taken by the photographers of the New York Daily News, who were notified by neighborhood friends and had to climb on fire escapes to catch a glimpse of Marlon Brandon as the Godfather.

The Godfather continues to be loved by the public and remains one of the few enduring, still popular classics of American cinema. The films were breakout, critical success as well, earning more than two dozen Academy Award nominations among them. The Godfather (1972) and The Godfather Part II (1974) both won Academy Awards as “Best Picture.” Coppola and Puzo won twice for “Best Adapted Screenplay”. Brando and DeNiro both won acting awards.

Moreover, the first two films amounted to a social phenomenon – they entered into every level of American culture – high and low – sometimes by attitude, sometimes by quotation, and sometimes through their iconic, signature scenes. 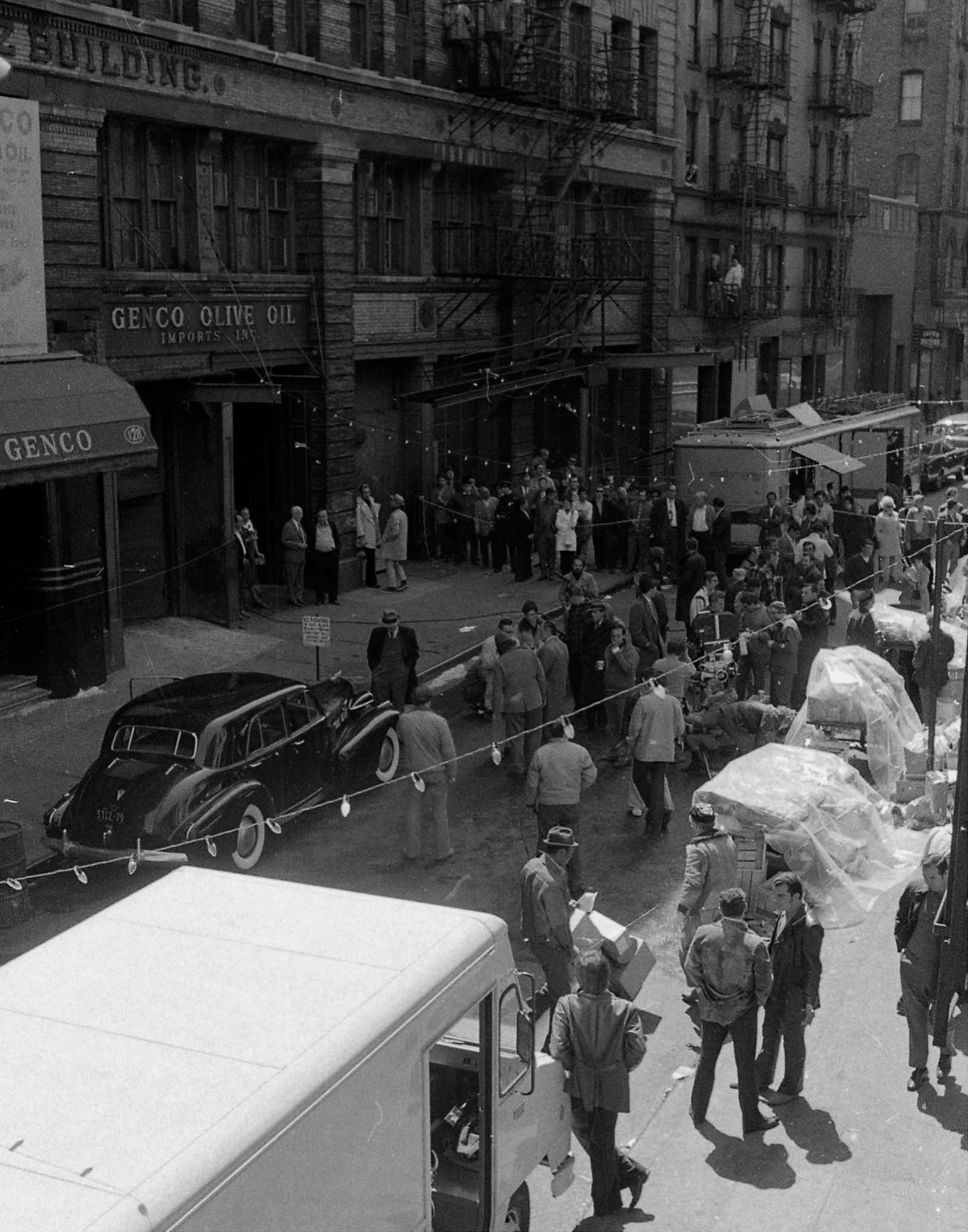 The film set in front of 128 Mott Street in New York’s Little Italy. 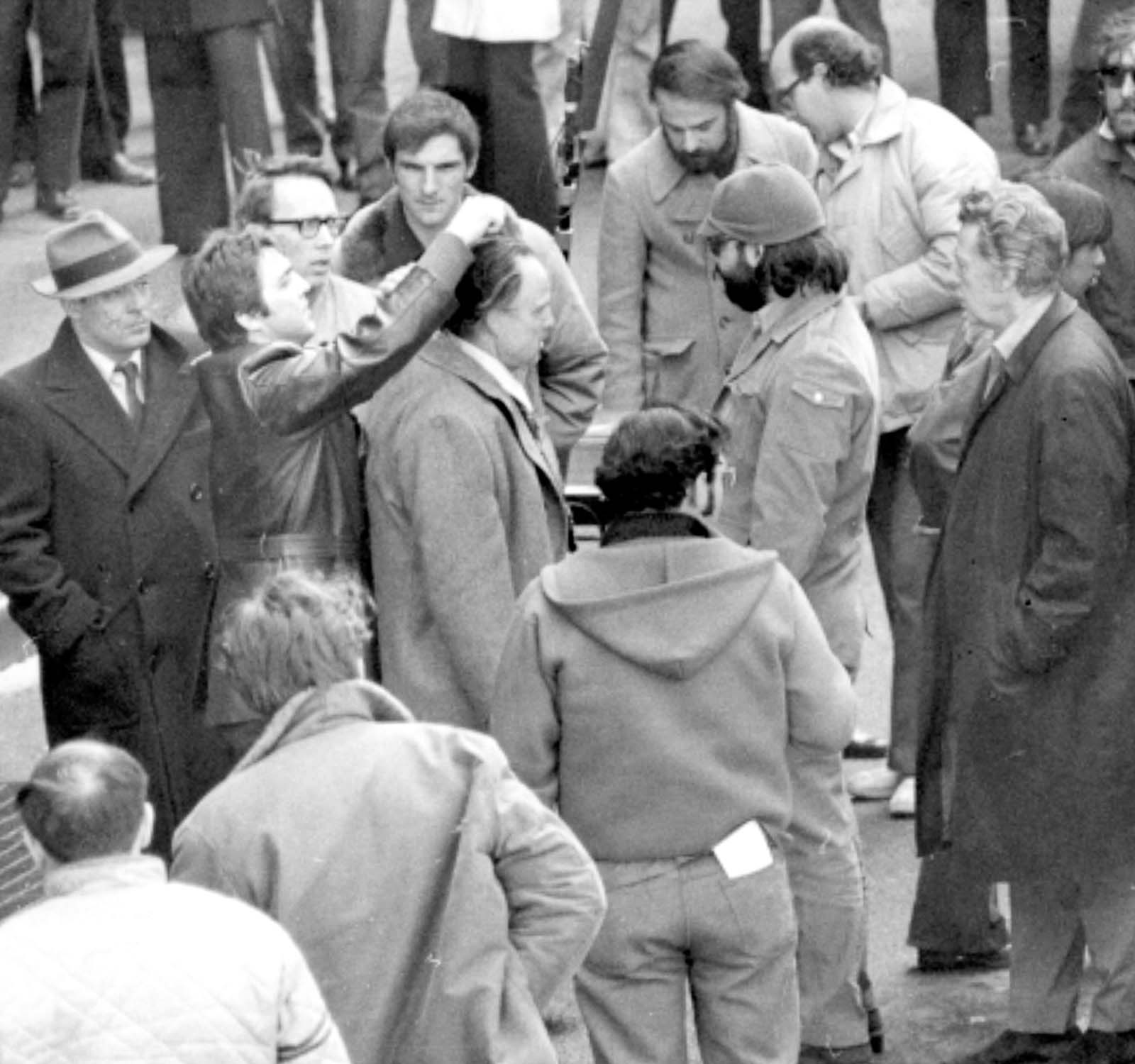 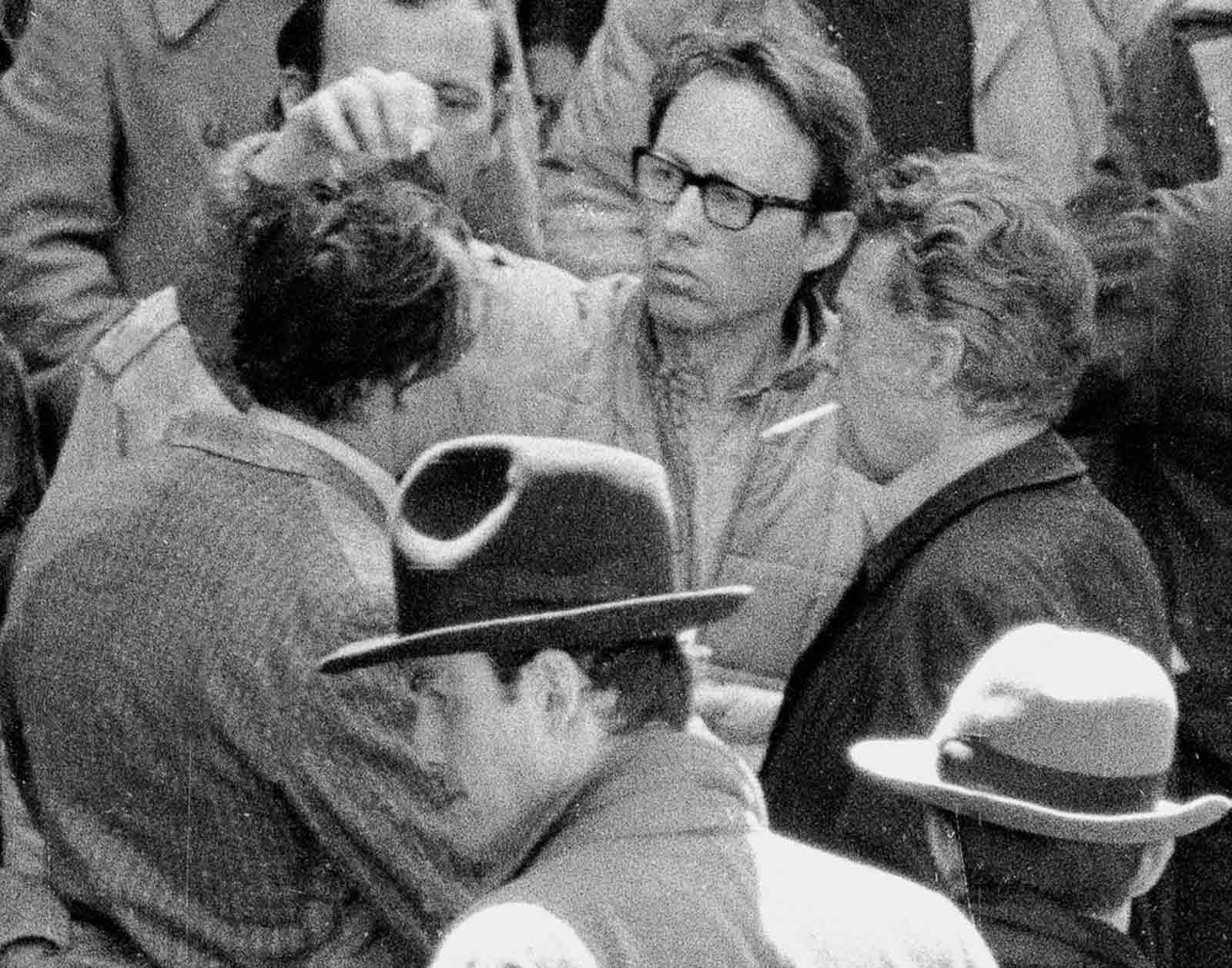 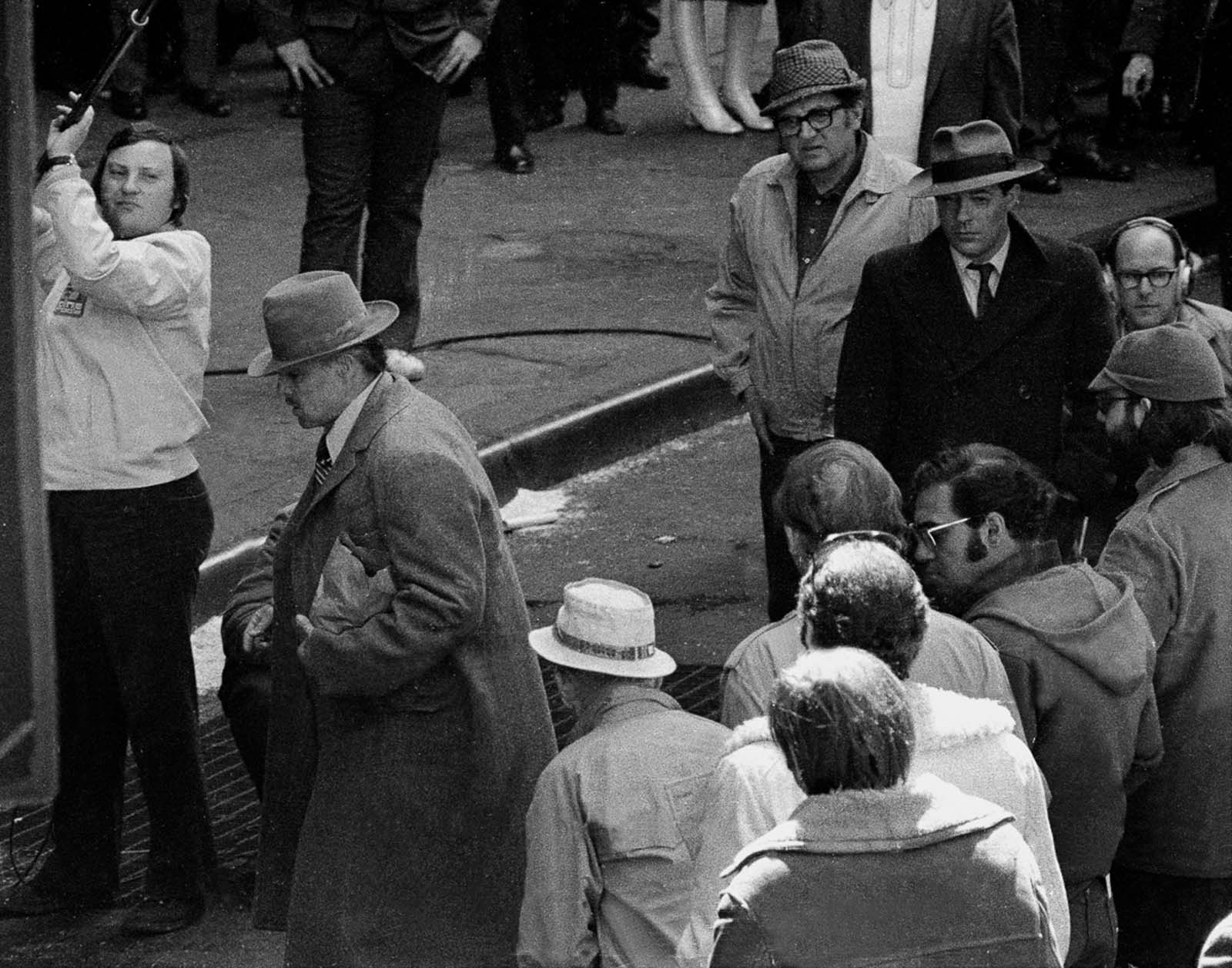 Getting ready to start the scene. 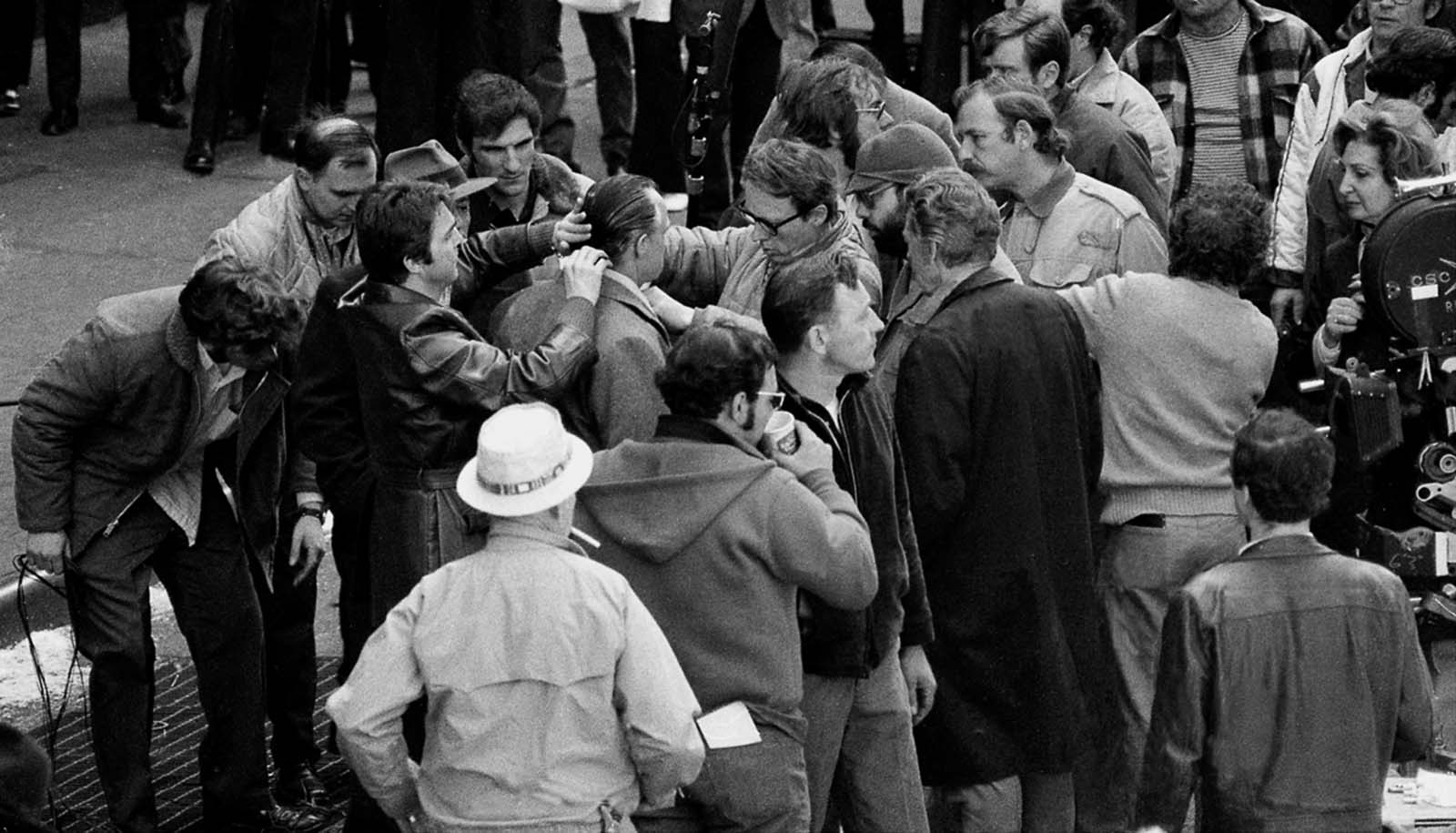 Marlon Brando getting ready for the scene. 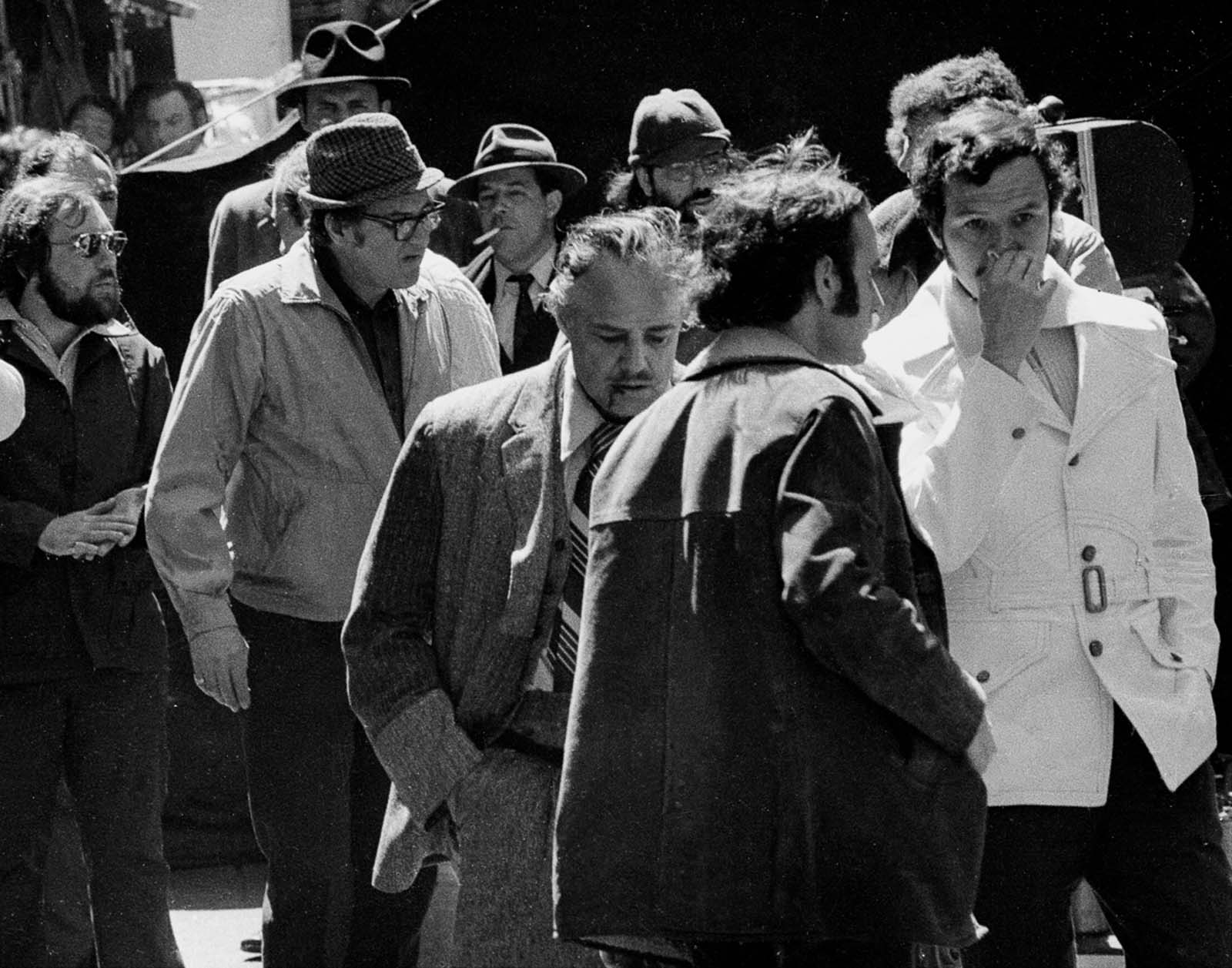 Stage blood drips from Brando’s mouth after a take of the shooting scene. 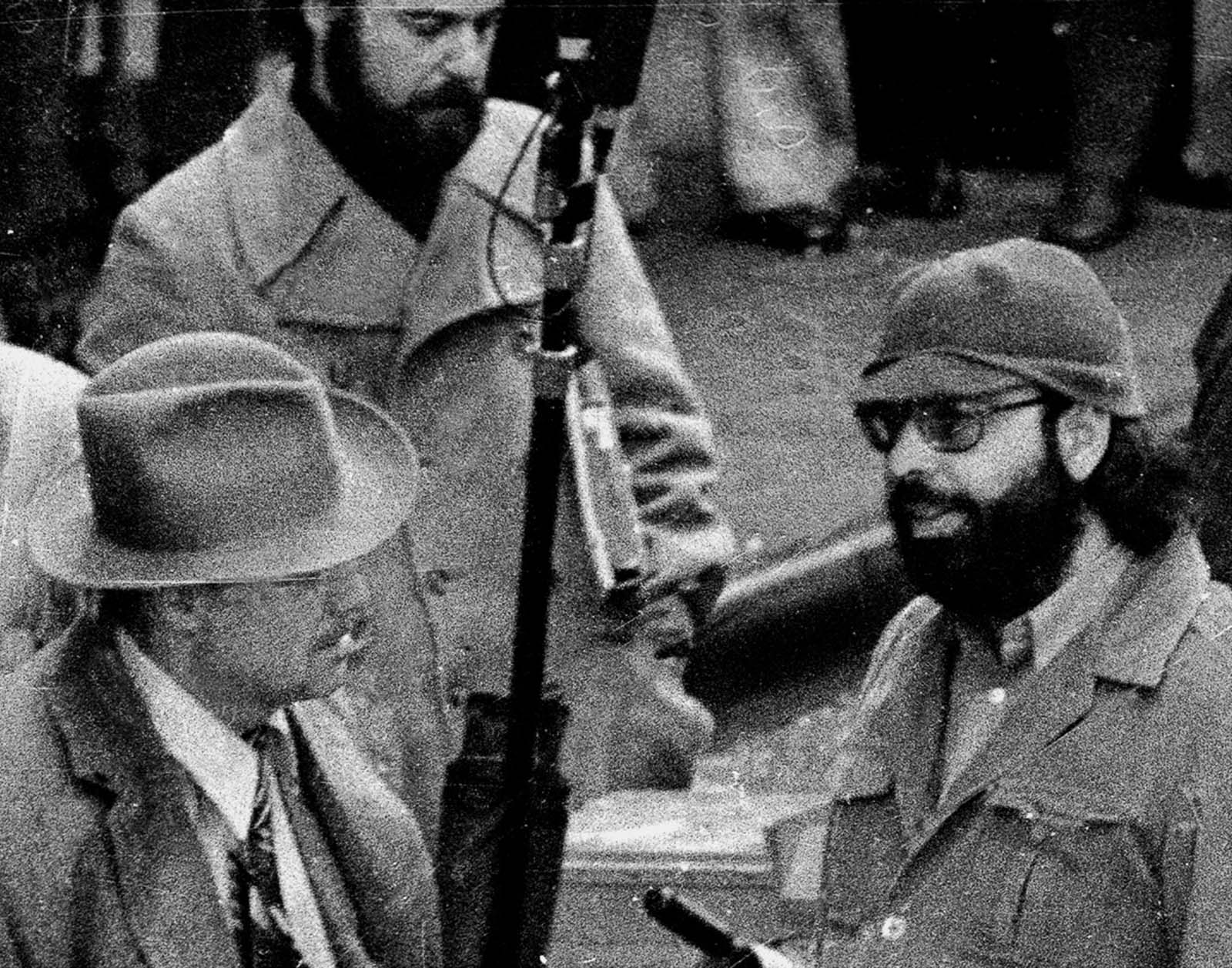 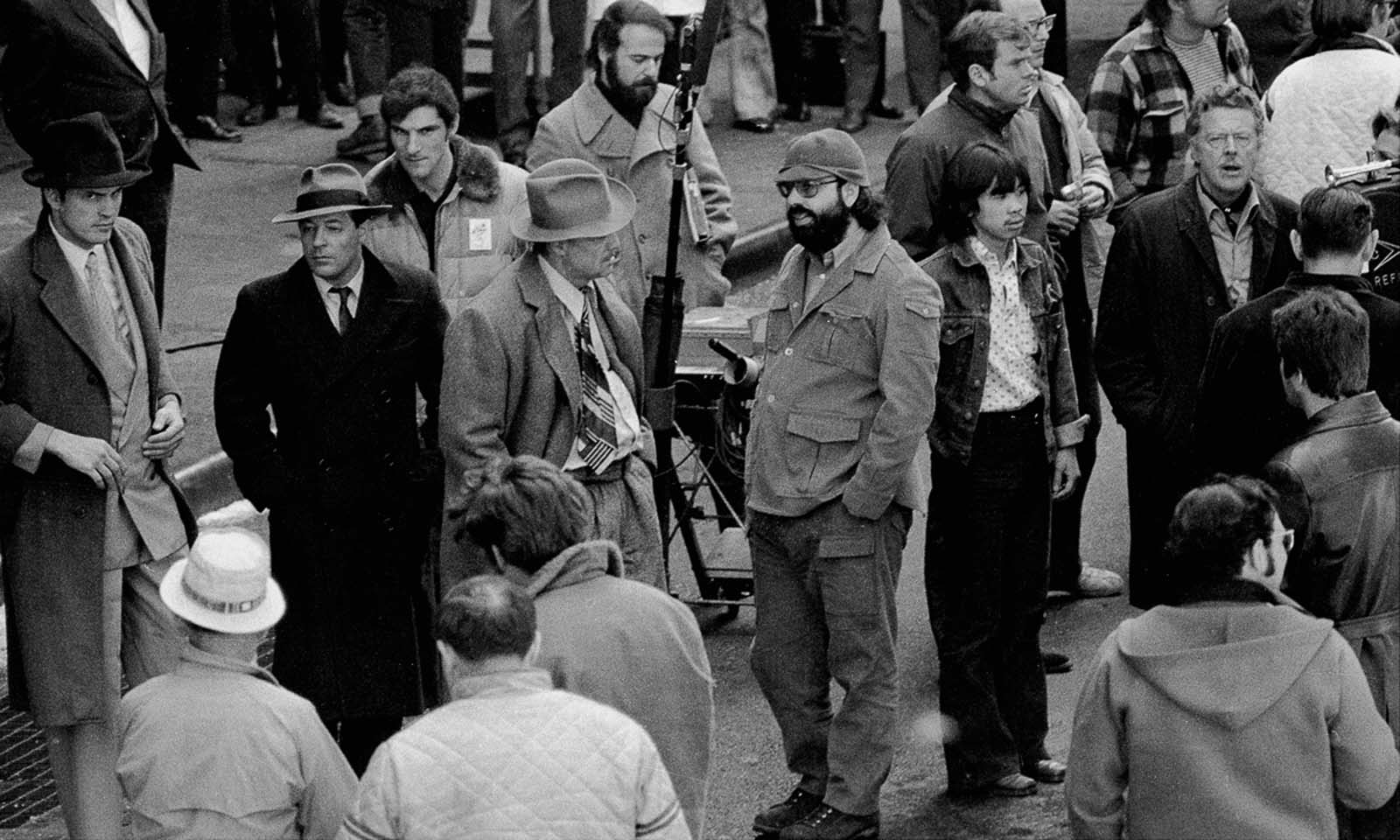 Brando and Coppola discuss the scene. 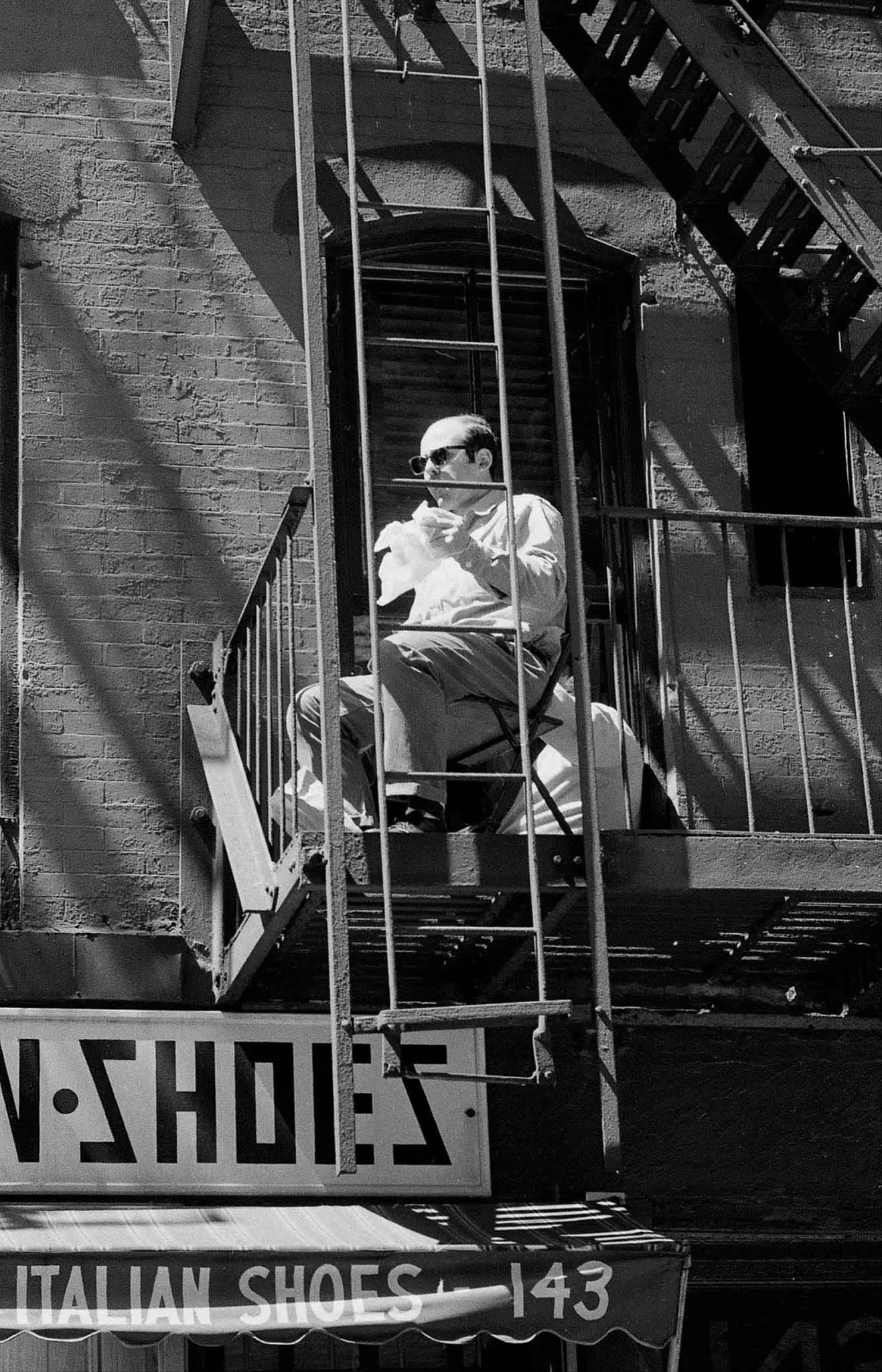 A Little Italy resident watches the production while eating lunch on his fire escape. 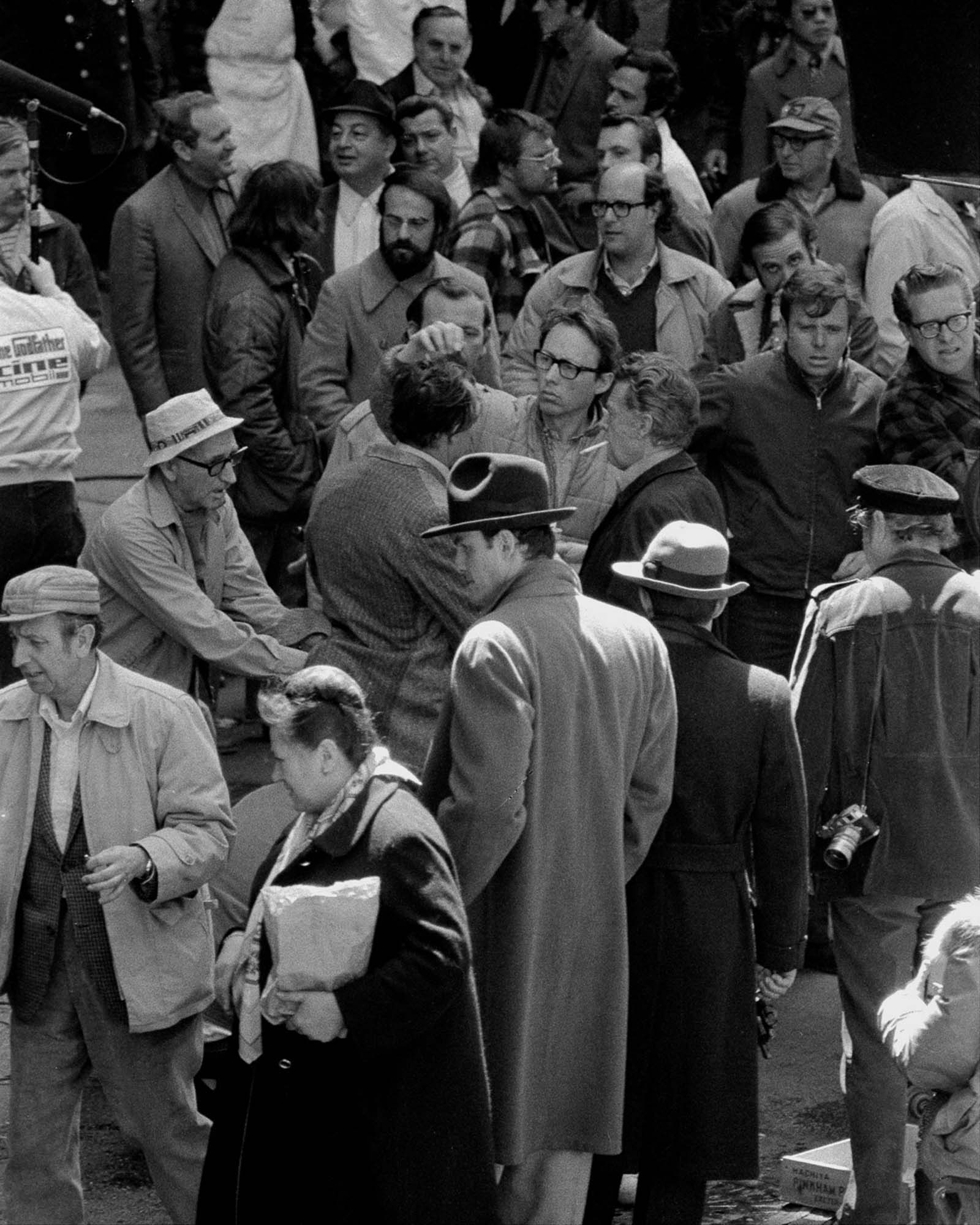 This was the pivotal scene of Brando’s Corleone getting shot at the fruit market. 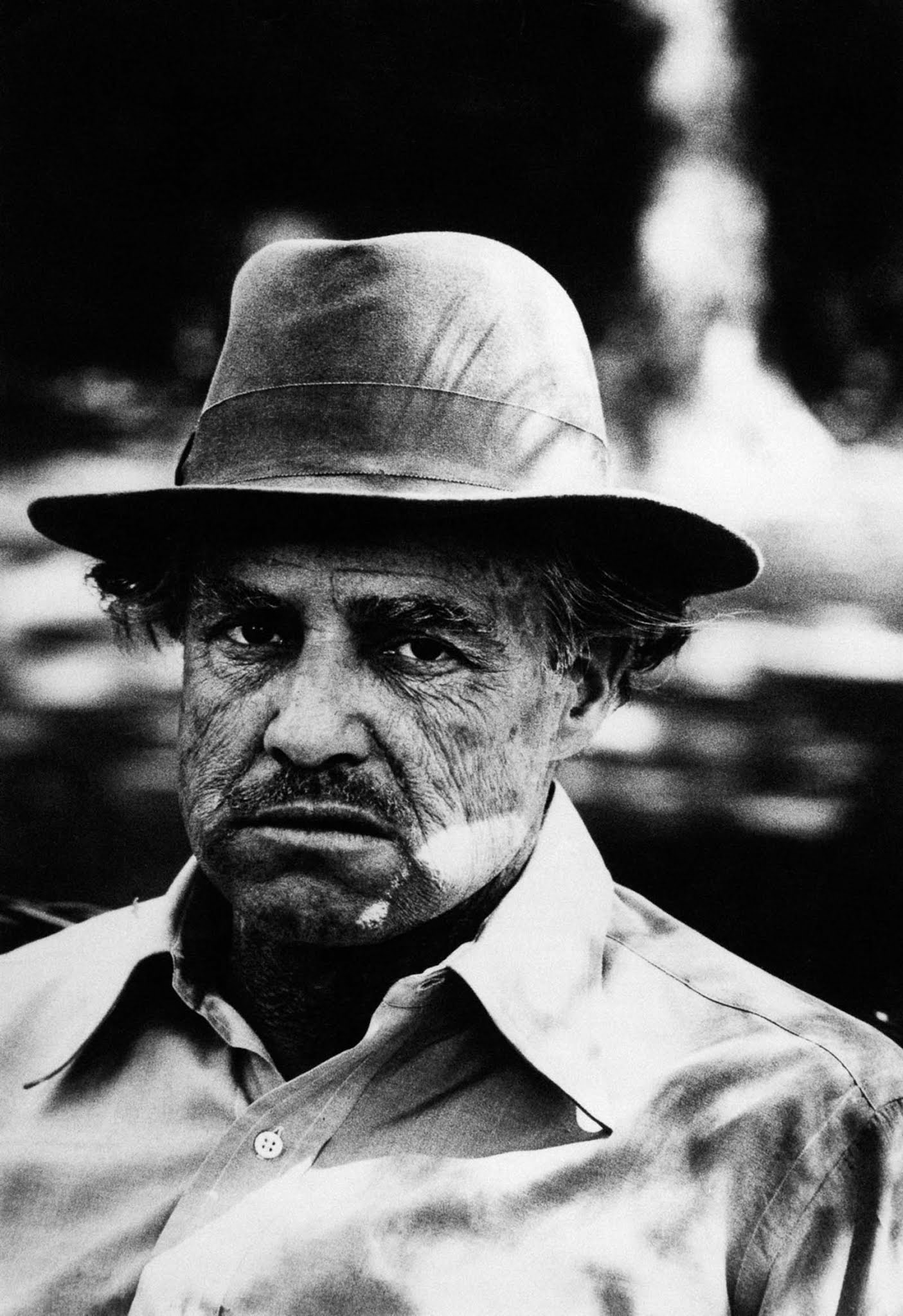