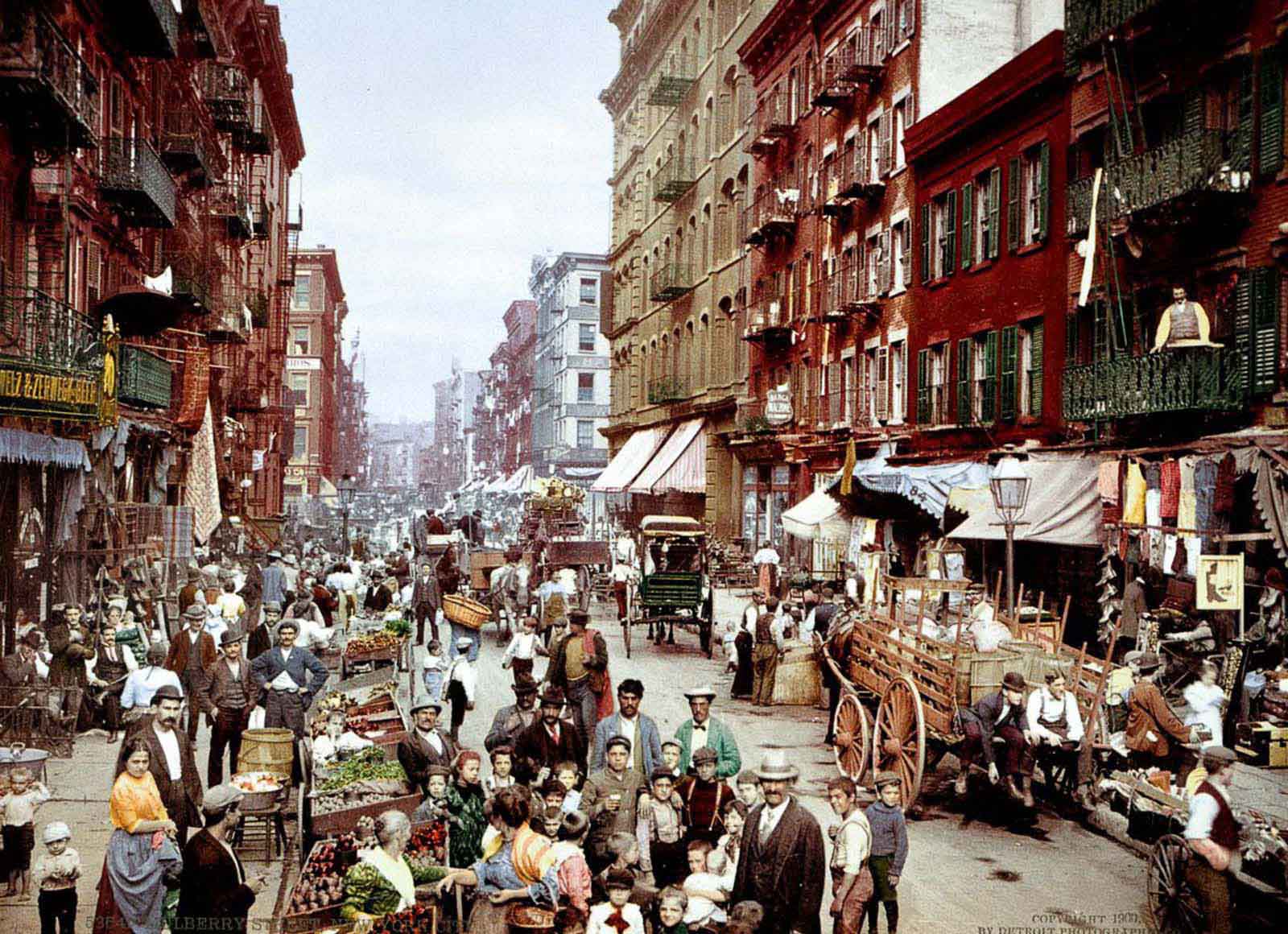 These amazing photochrom postcards of New York City were procured by the Detroit Publishing Company and offer a spectacular view of the Big Apple in natural colors.

The opening of the subway in 1904, first built as separate private systems, helped bind the new city together. Throughout the first half of the 20th century, the city became a world center for industry, commerce, and communication.

The photochrom process was invented by Hans Jakob Schmid in the 1880s and involved taking lithograph tablets and coating them with a chemical mixture that would allow them to retouch the images with color tints. In America, the Detroit Publish Company licensed the technology to use for its own series of American places.

The prints often have a distinctive gold border and a one-line description of the location and were mostly made from 1890-1910. The photochroms were popular as souvenirs, especially for travelers. People often saved them for photo albums or had them framed.

During the height of its success, the Detroit Publishing Company maintained markets in Detroit, New York, Los Angeles, London, and Zurich. They continued to expand their lines by selling images in popular boutiques, tourist spots, and also through mail-order. During World War I, sales of photographs and postcards began to decline.

With the advent of newer, inexpensive methods of printing that were being used by competing firms, it eventually took its toll on the DPC and it forced the company into receivership by 1924. After struggling for the next eight years, the DPC finally liquidated all of its assets in 1932. 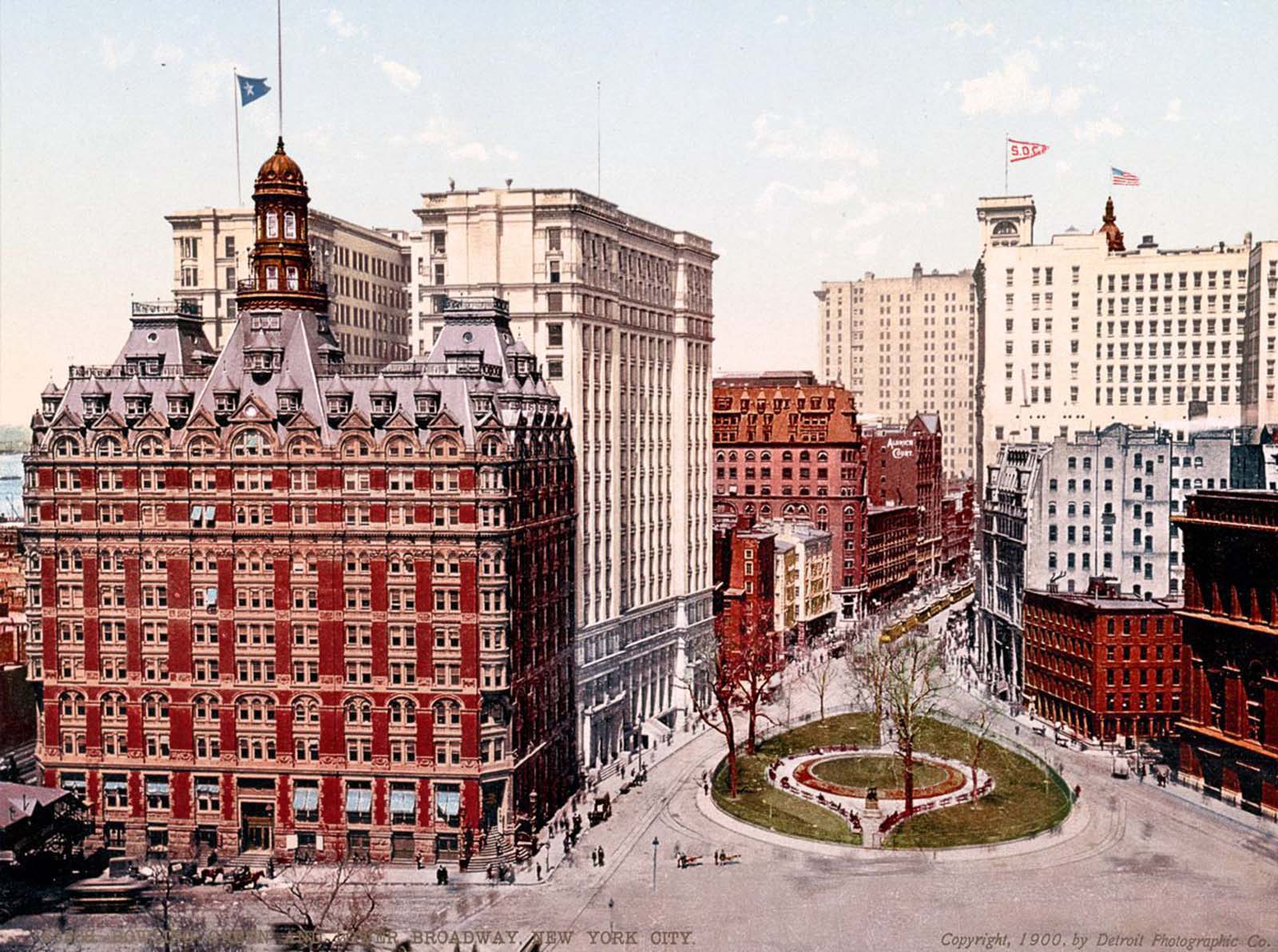 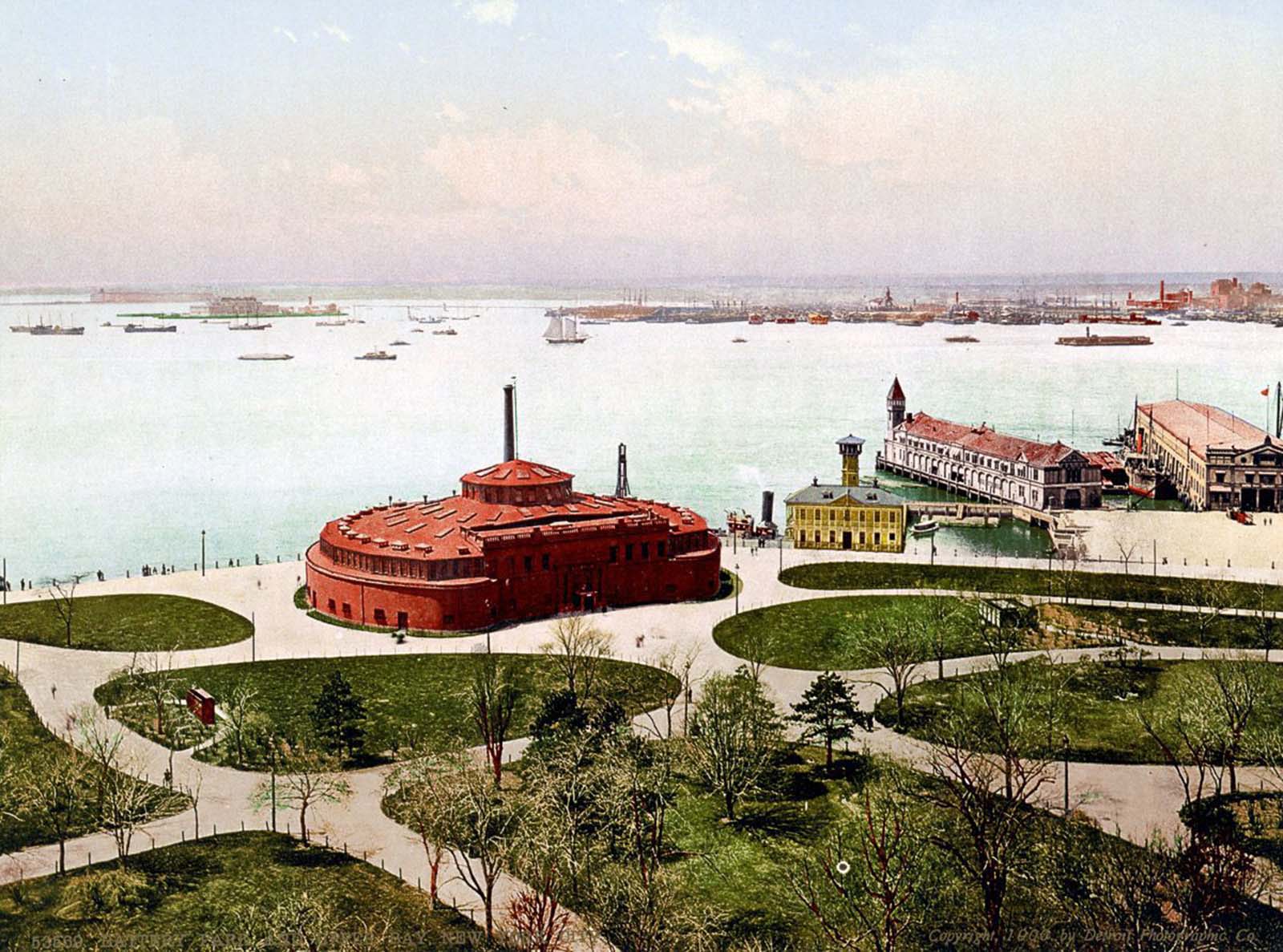 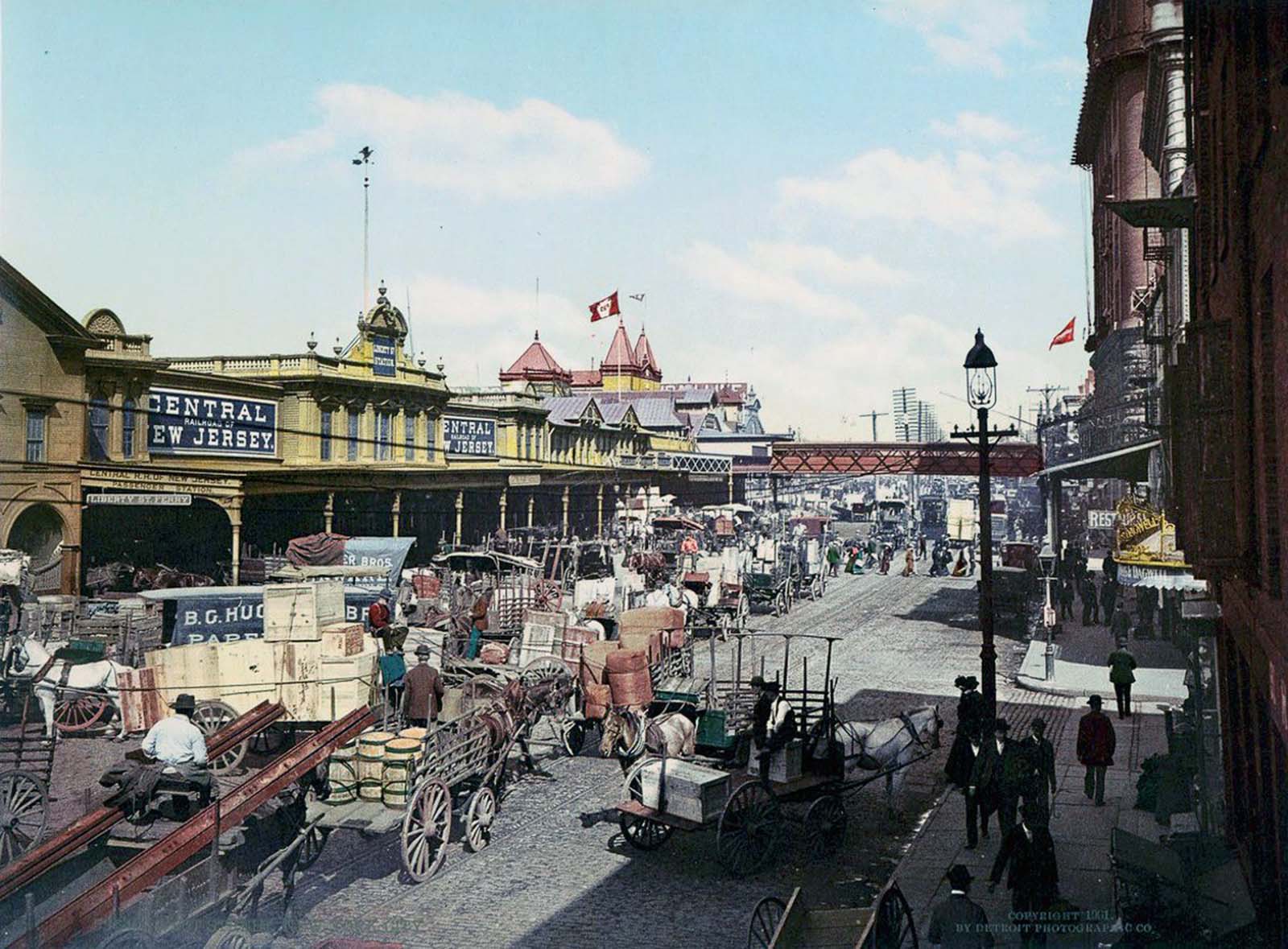 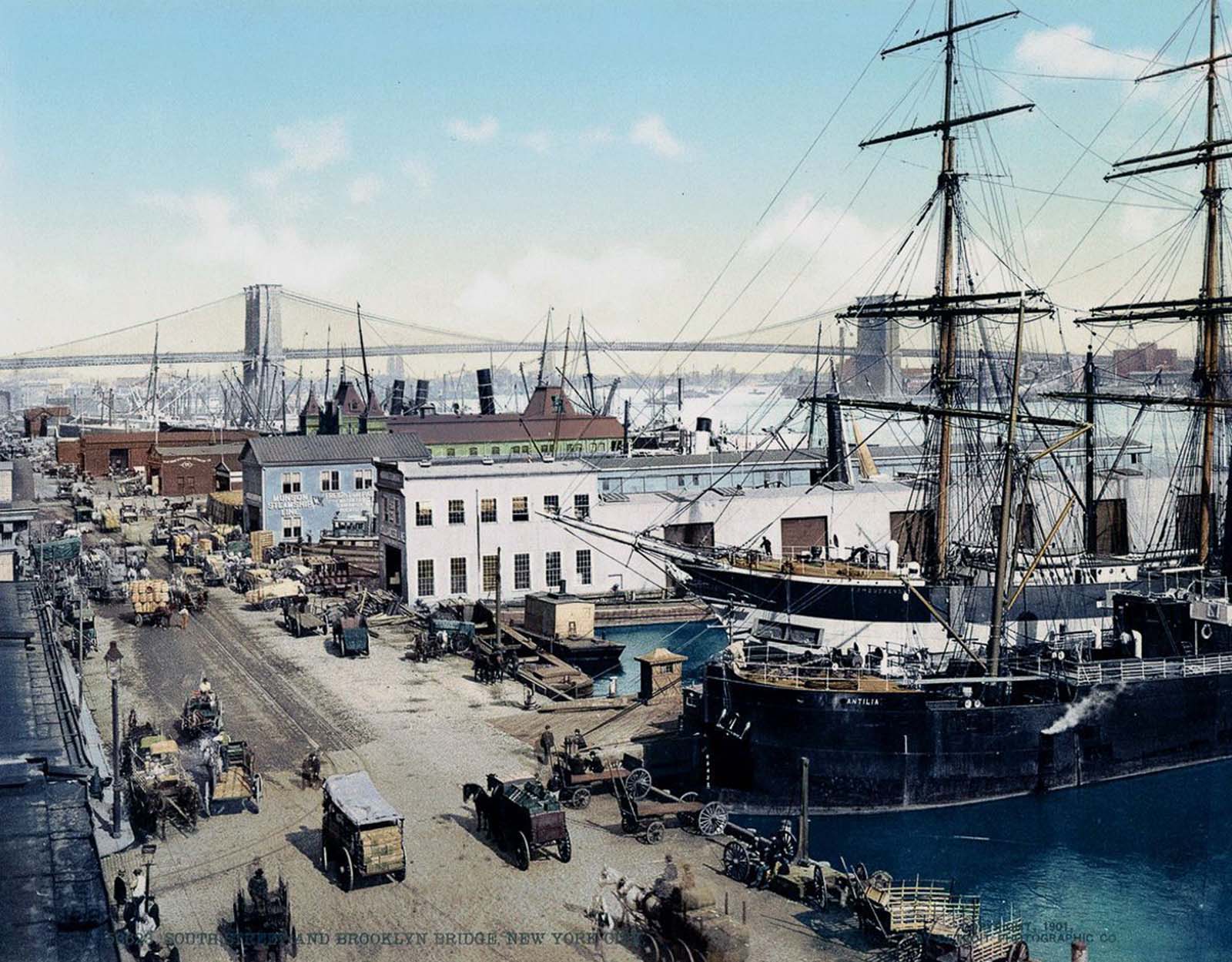 “South Street and the Brooklyn Bridge.” 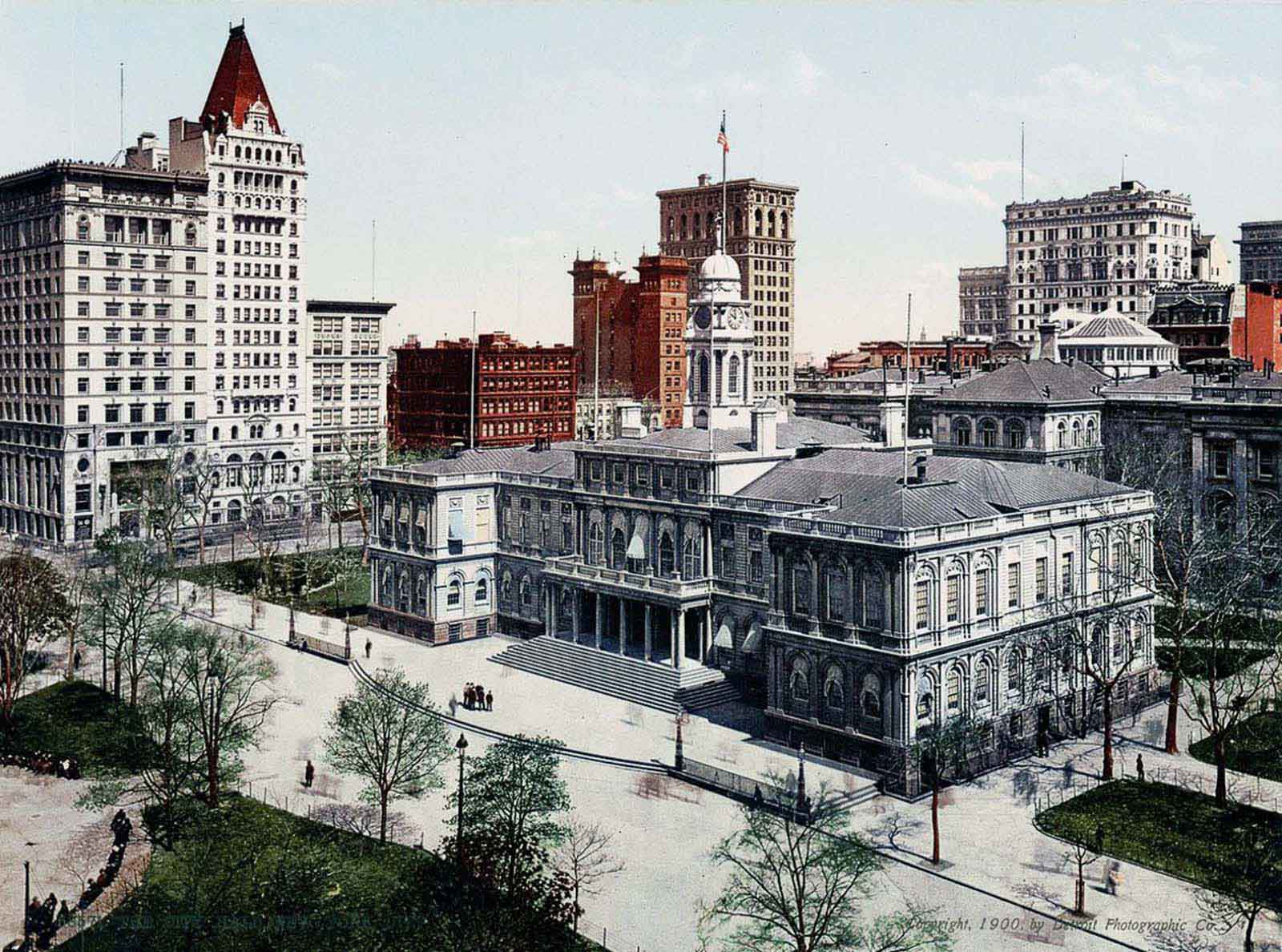 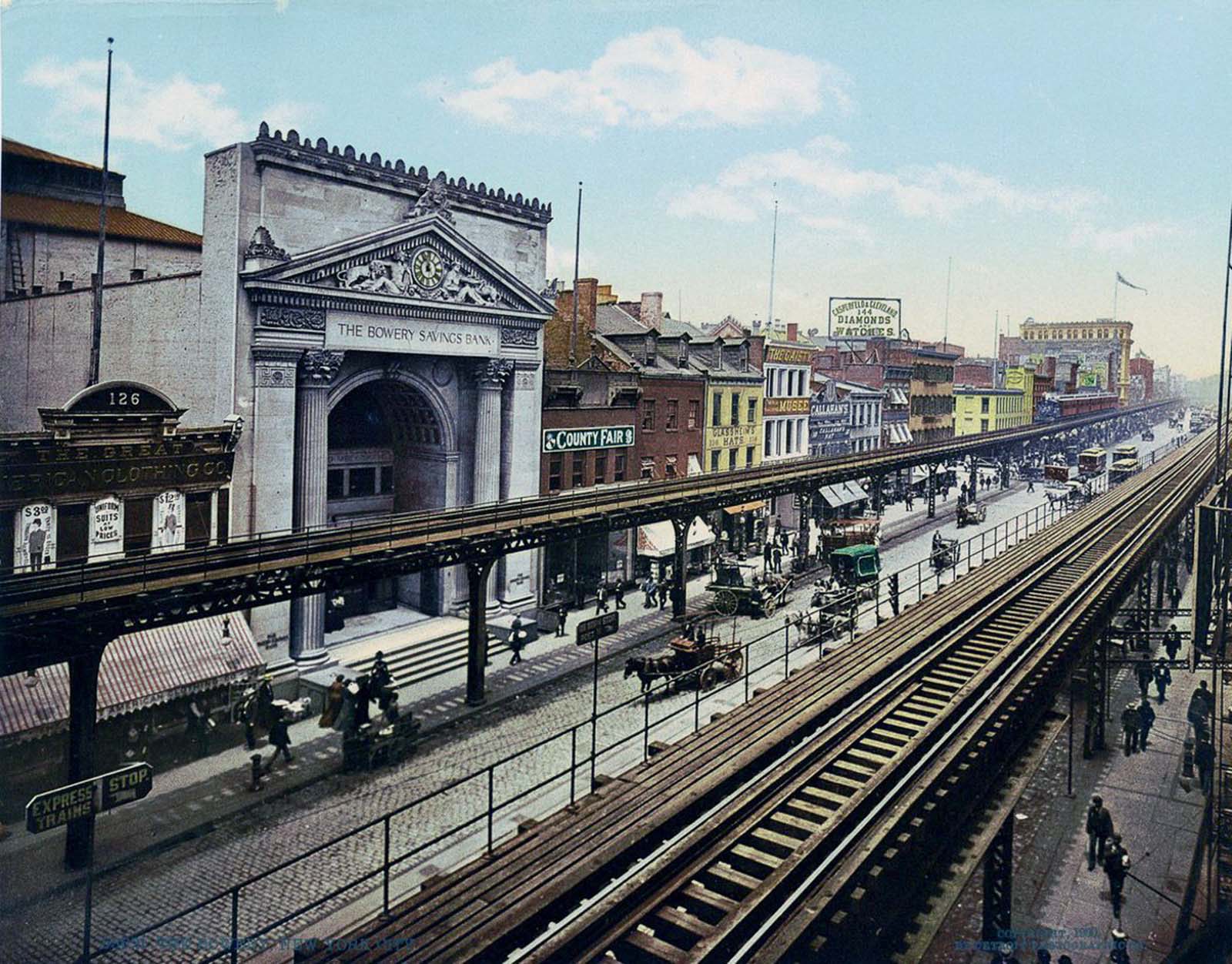 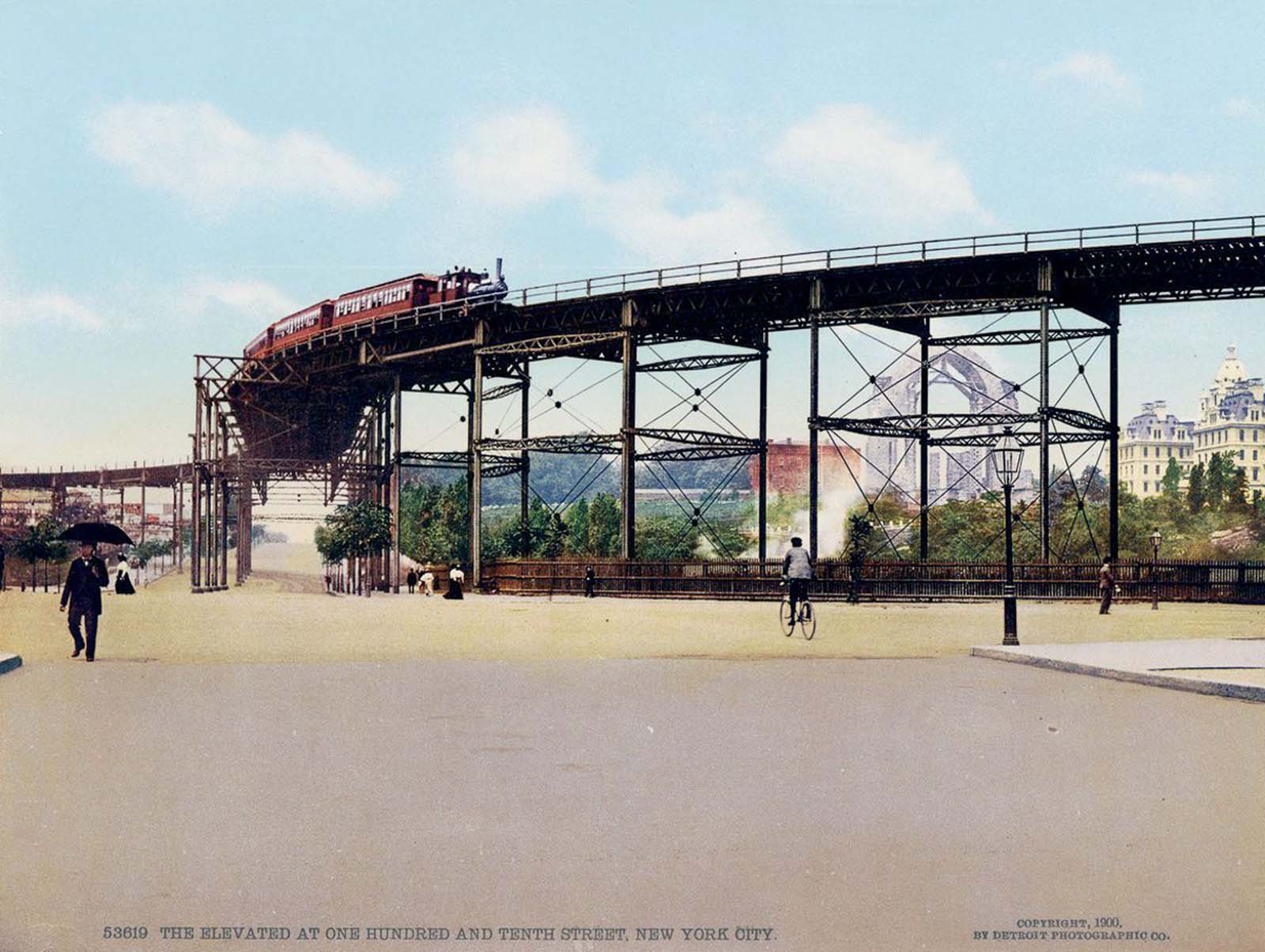 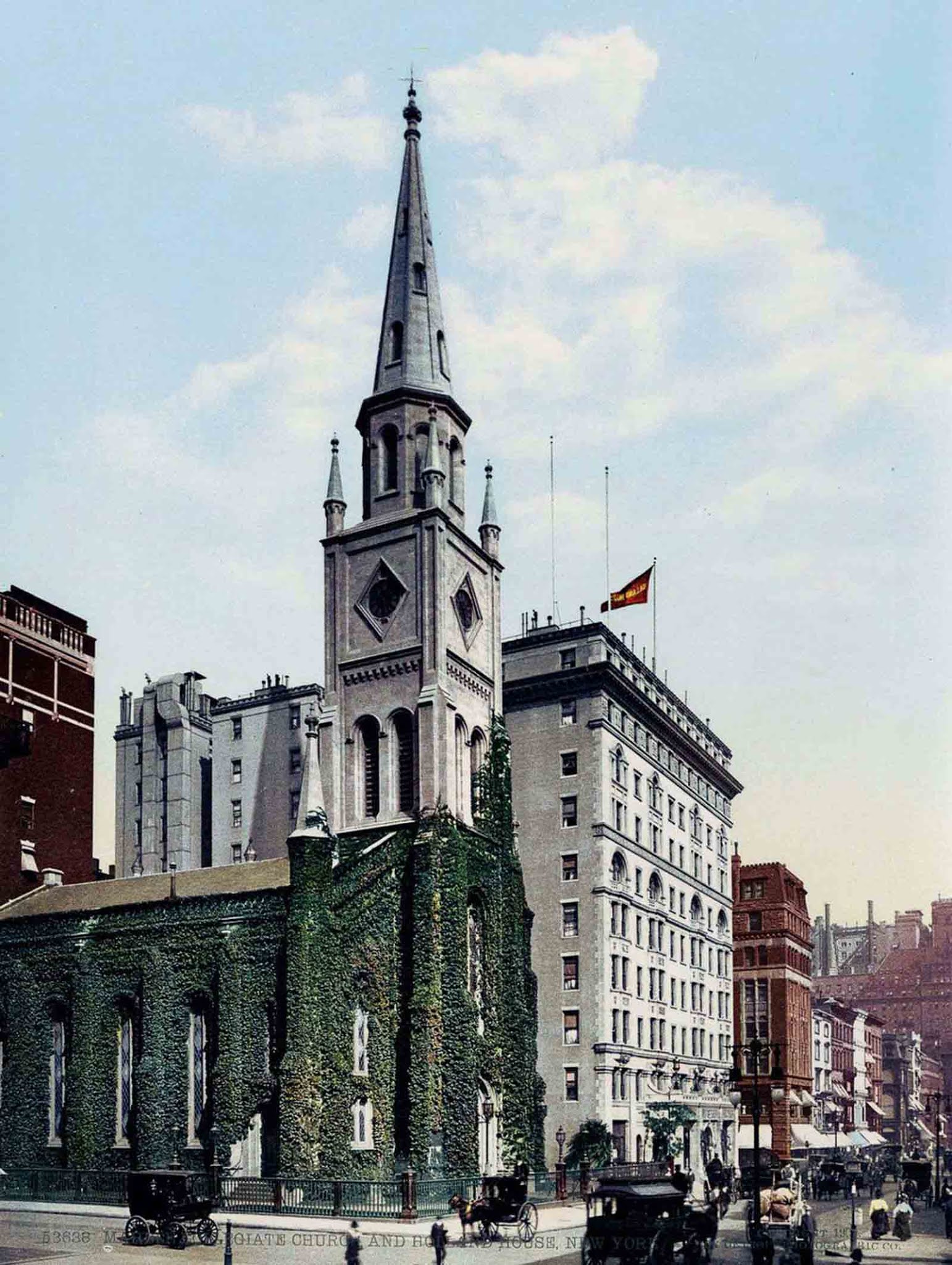 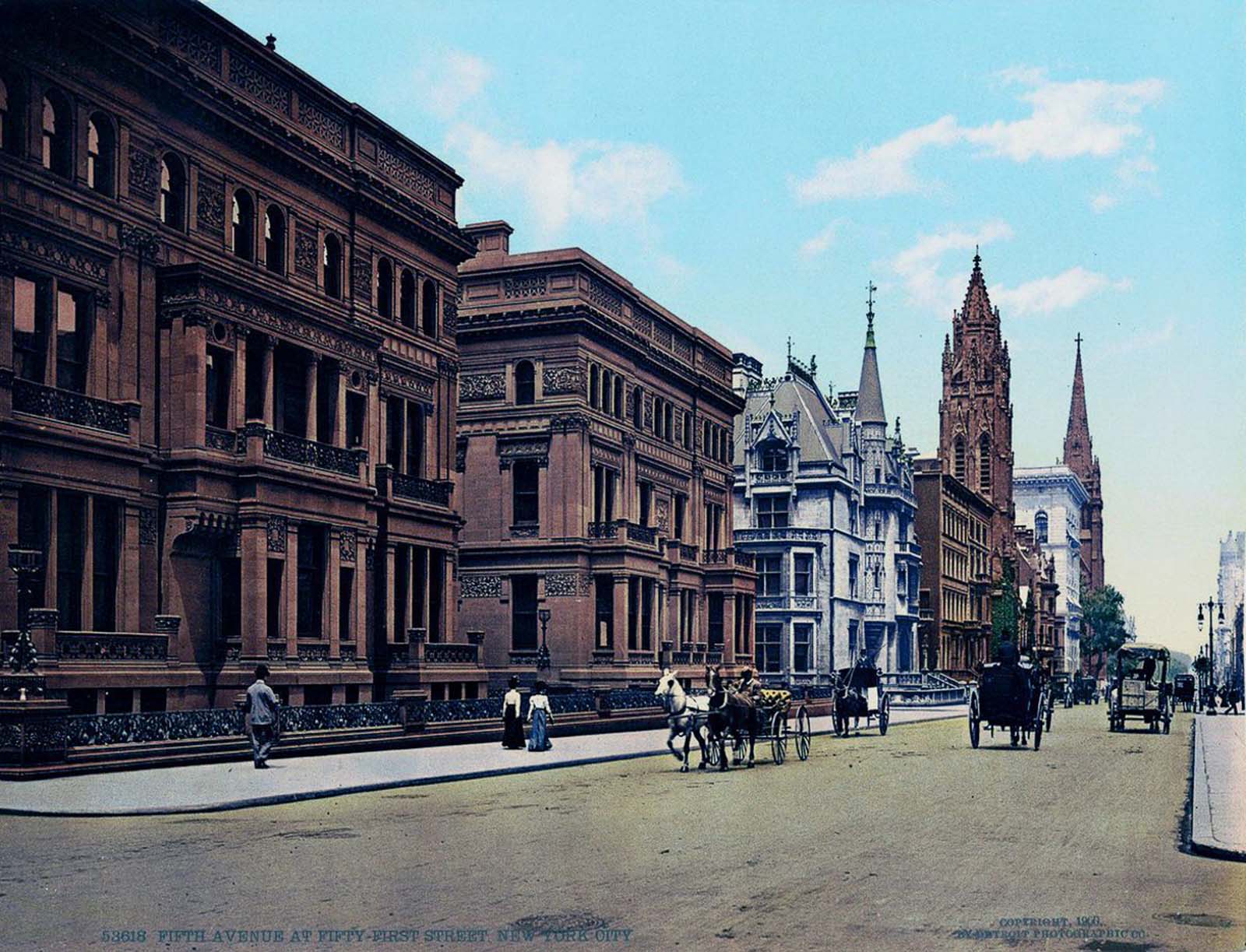 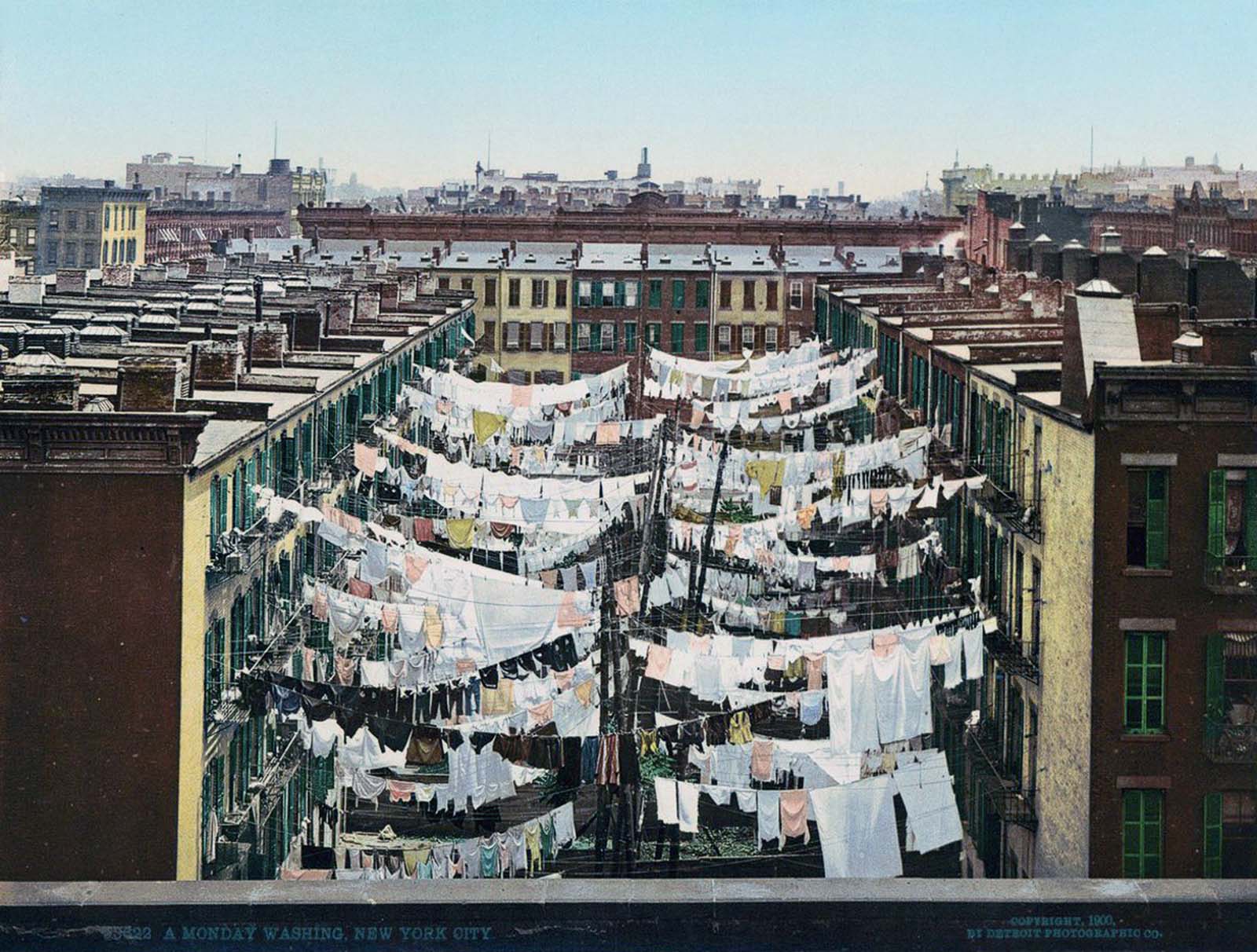 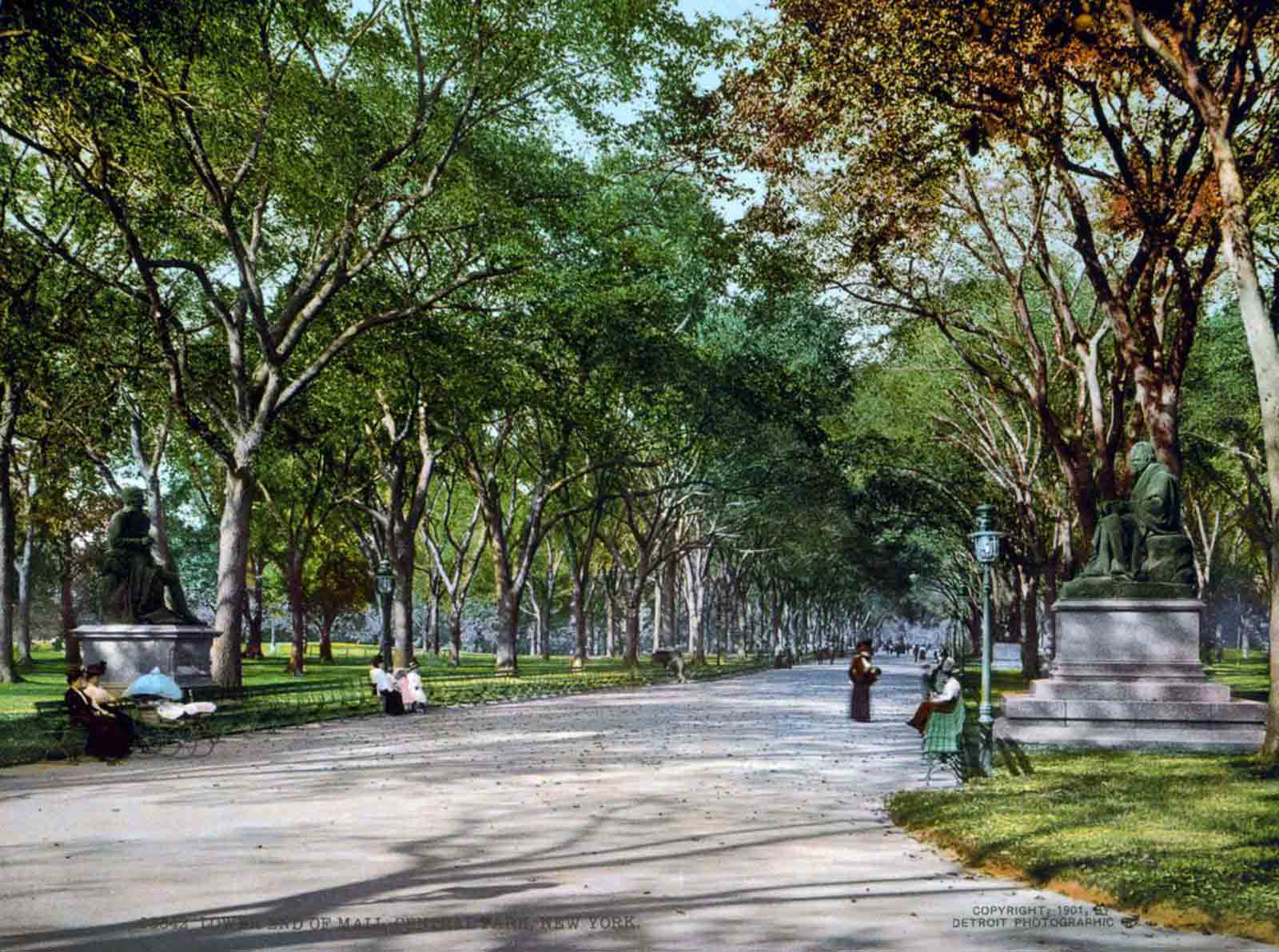 “The lower end of The Mall, Central Park.” 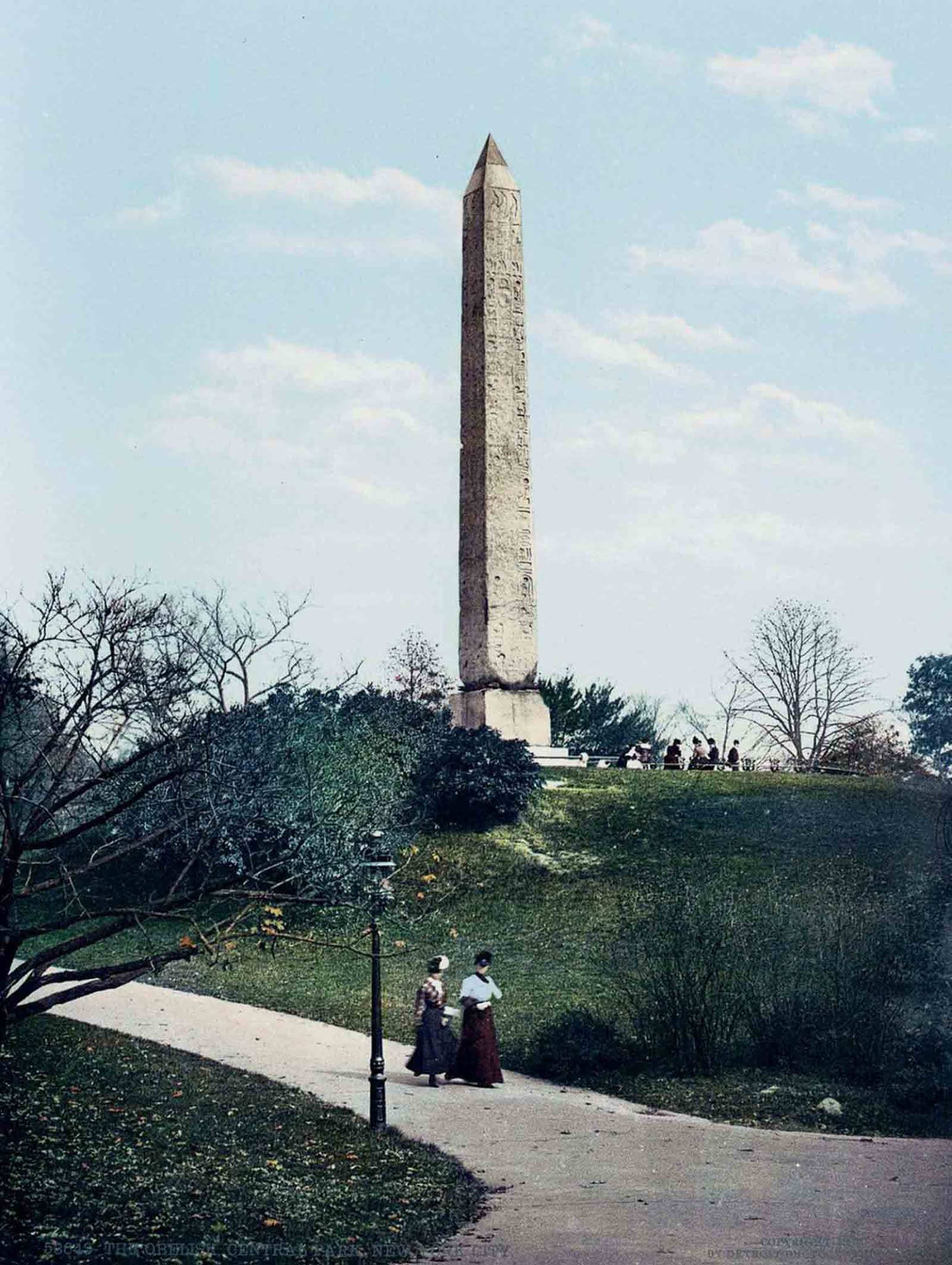 “The Obelisk in Central Park.” 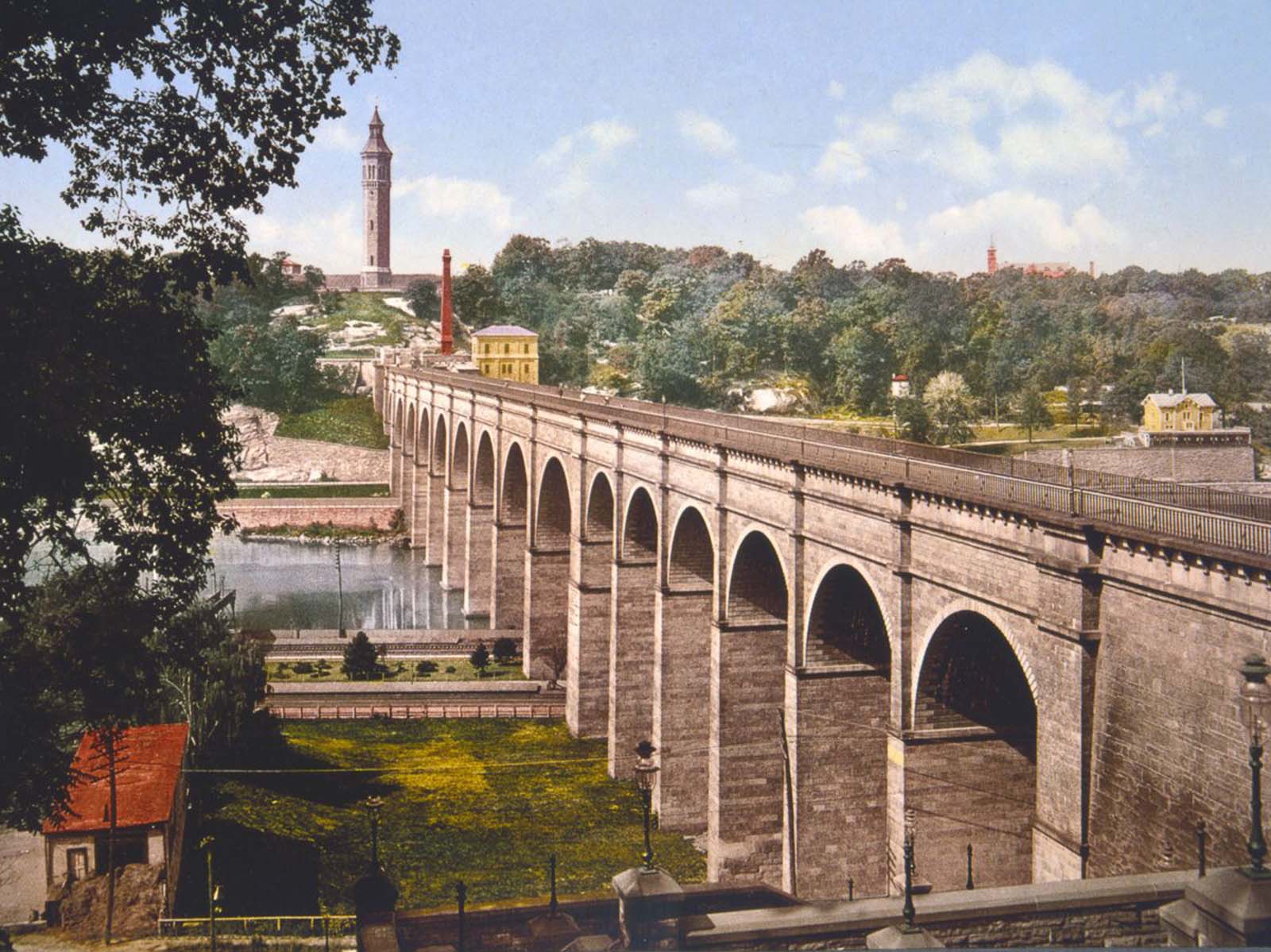 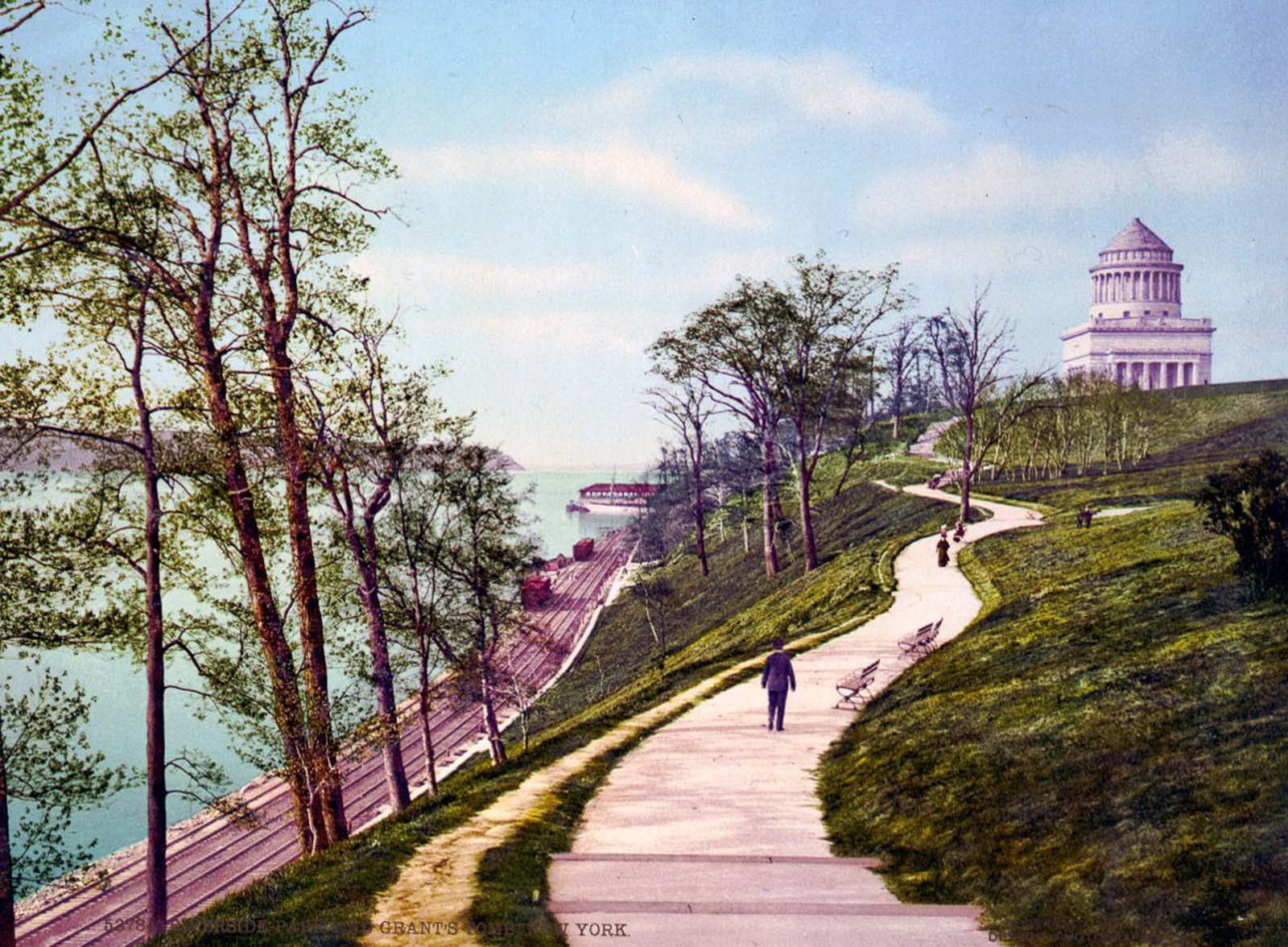 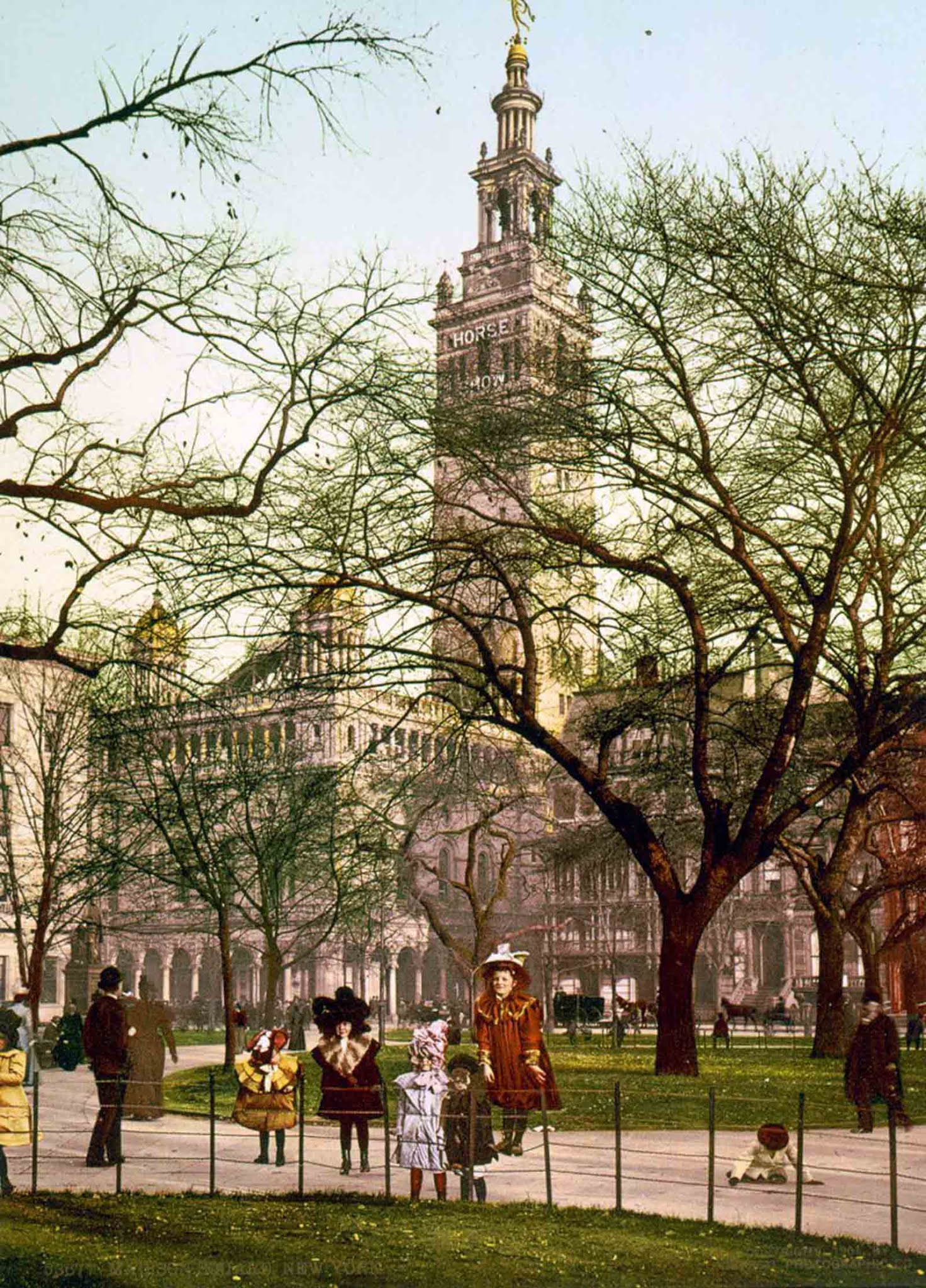 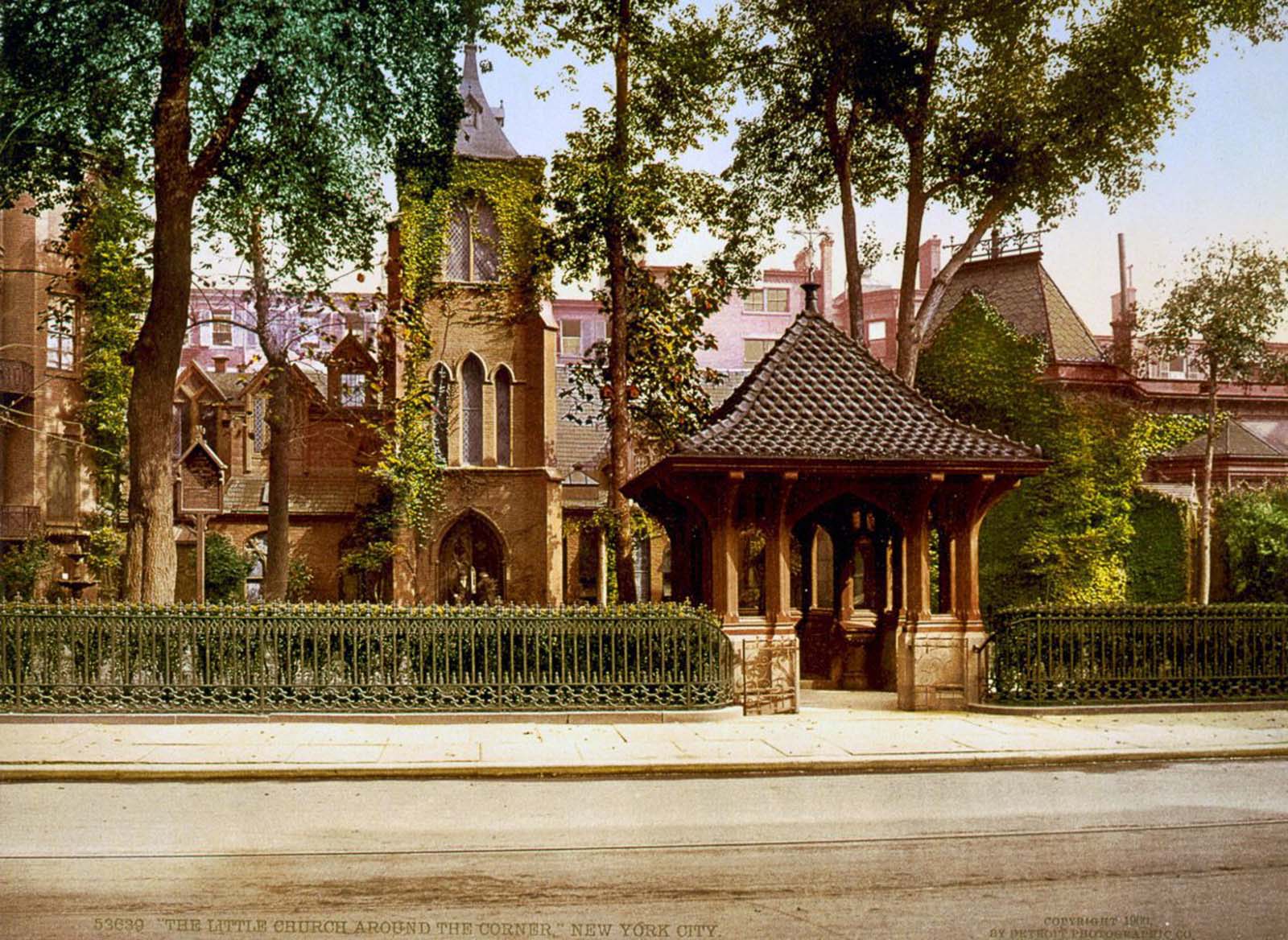 “The Little Church Around the Corner.” 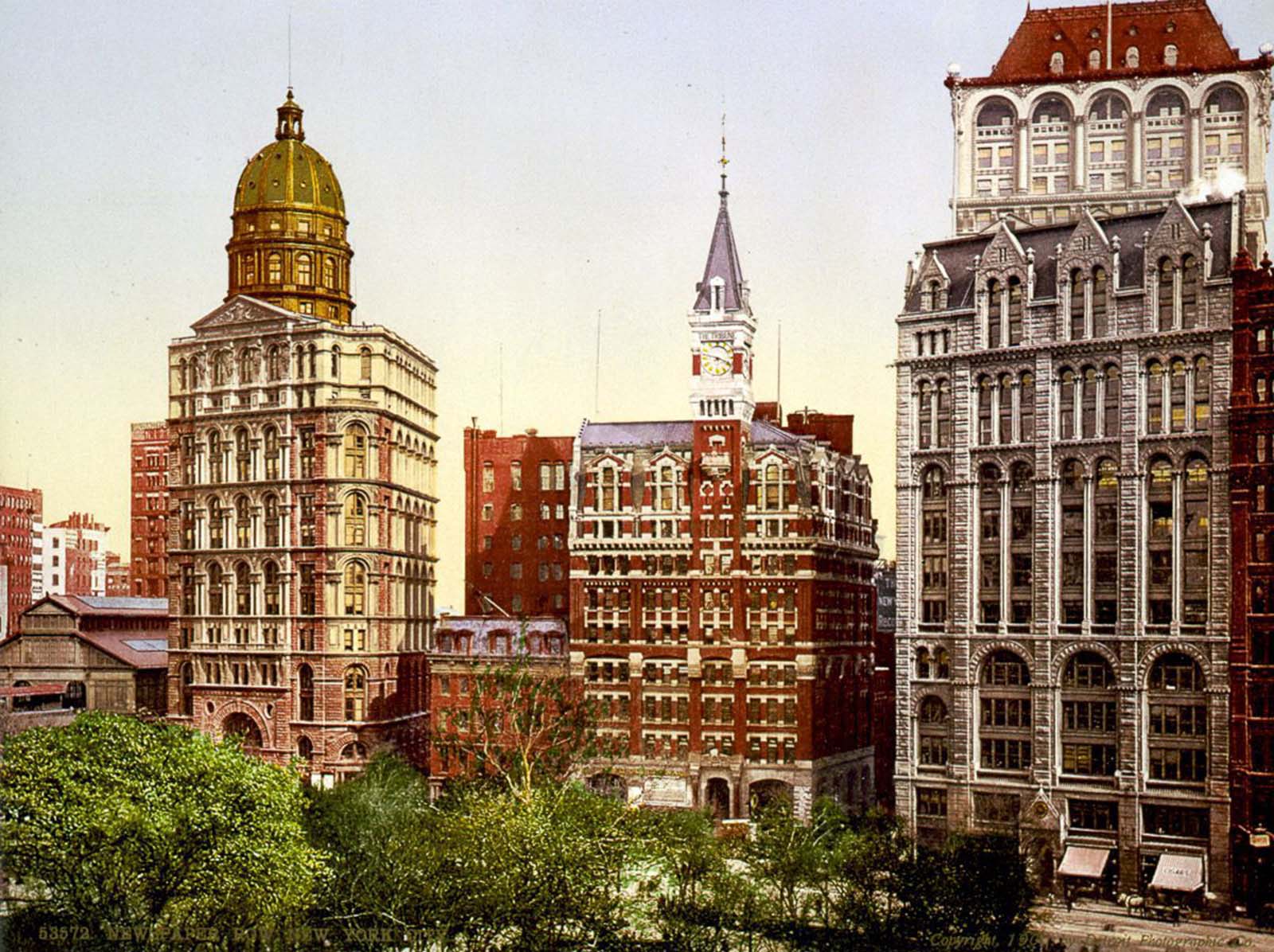 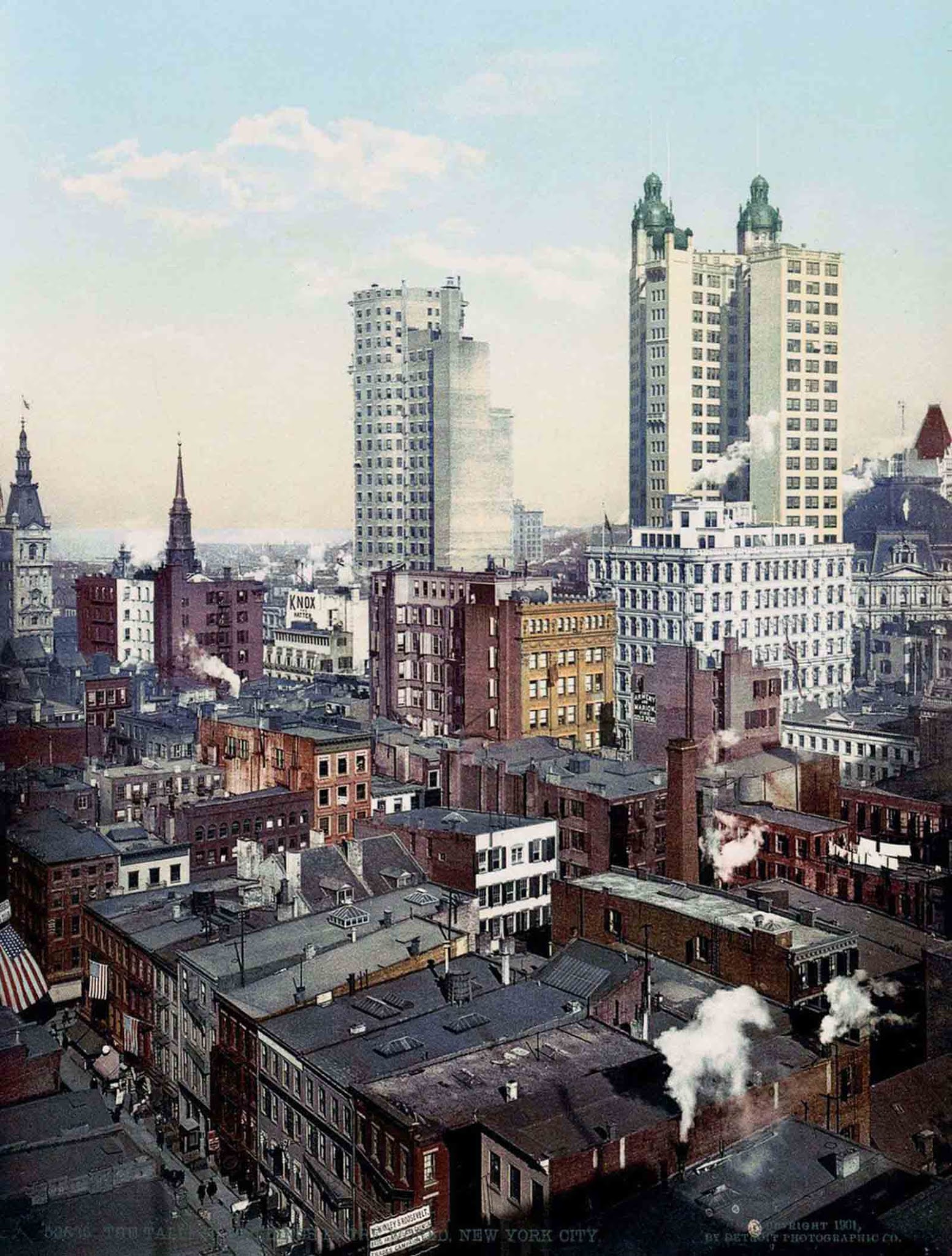 “The Tallest Buildings in the World.” 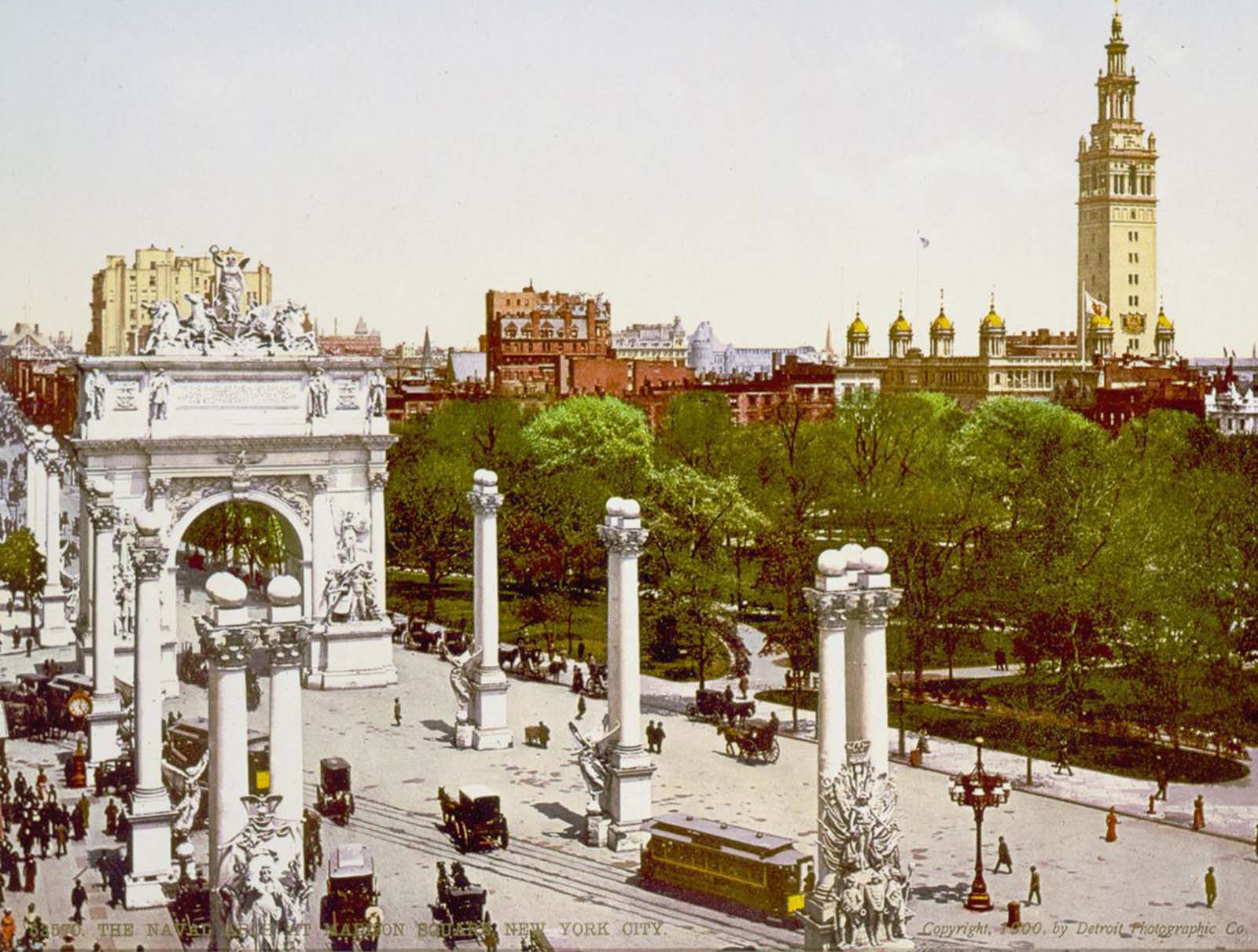 “The Naval Arch at Madison Square.” 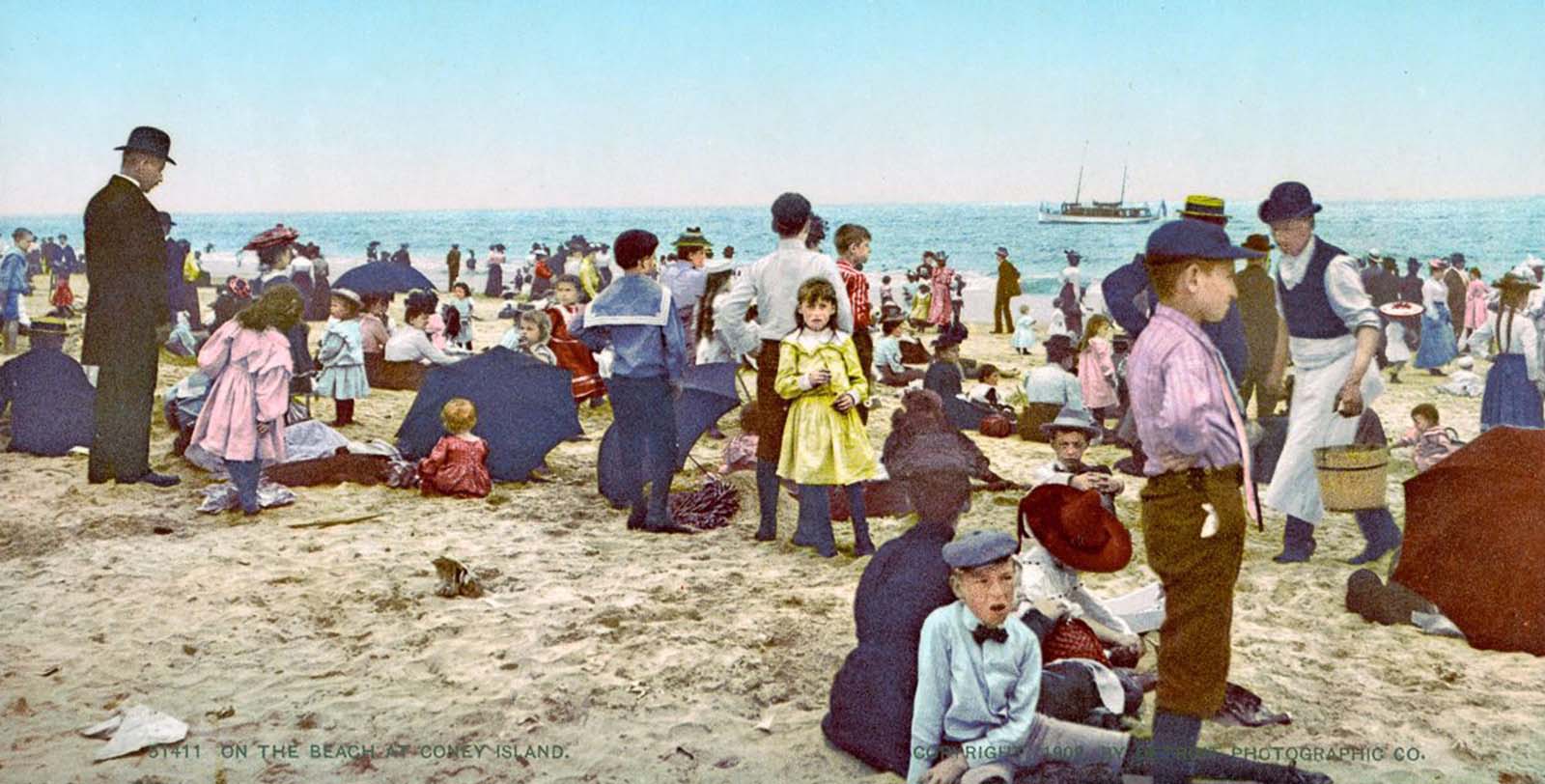 “On the Beach at Coney Island.”

“A View of Sixth Avenue.” 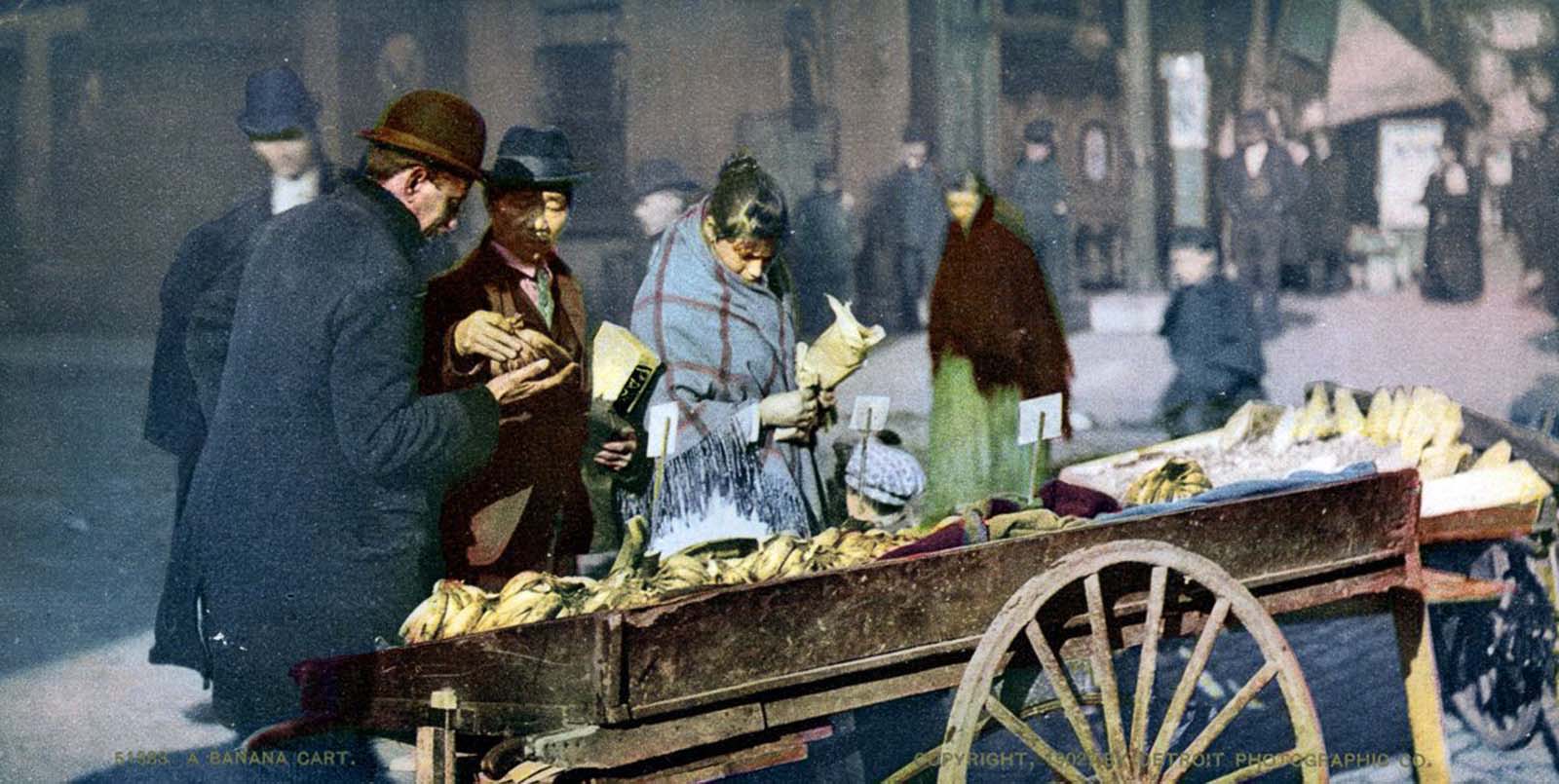 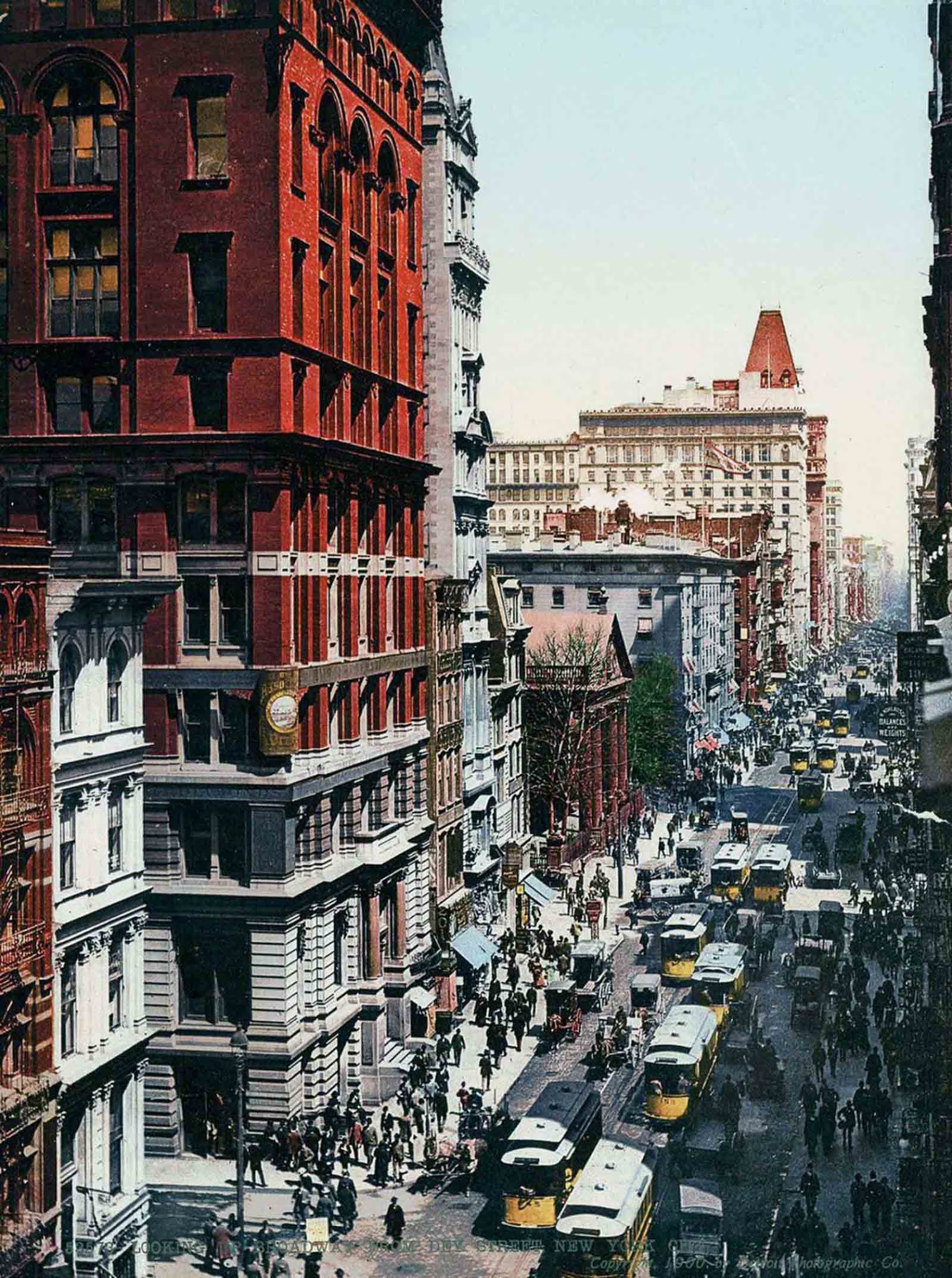 “Looking up Broadway from Dey Street.” 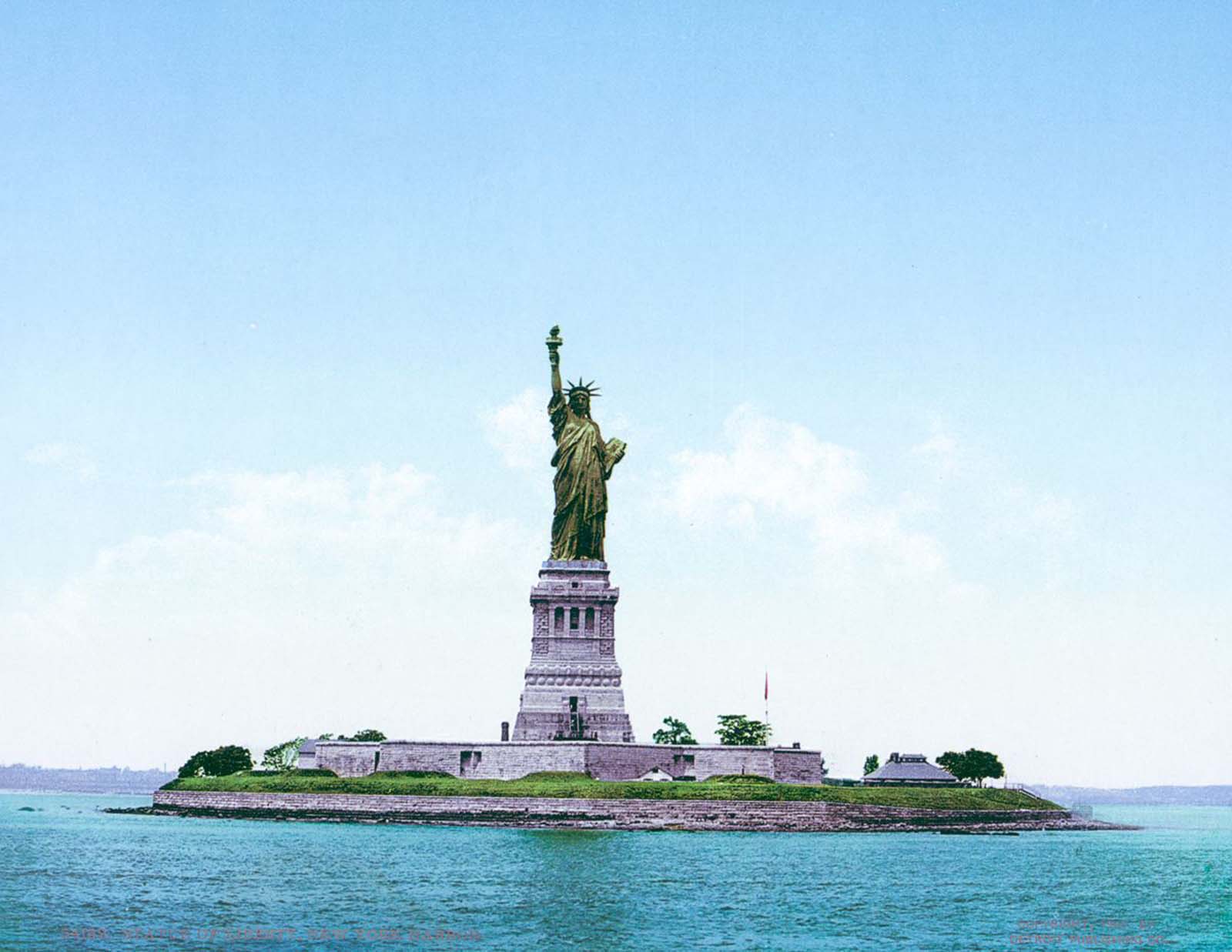 “Statue of Liberty,” with its original copper color still showing beneath a green patina.