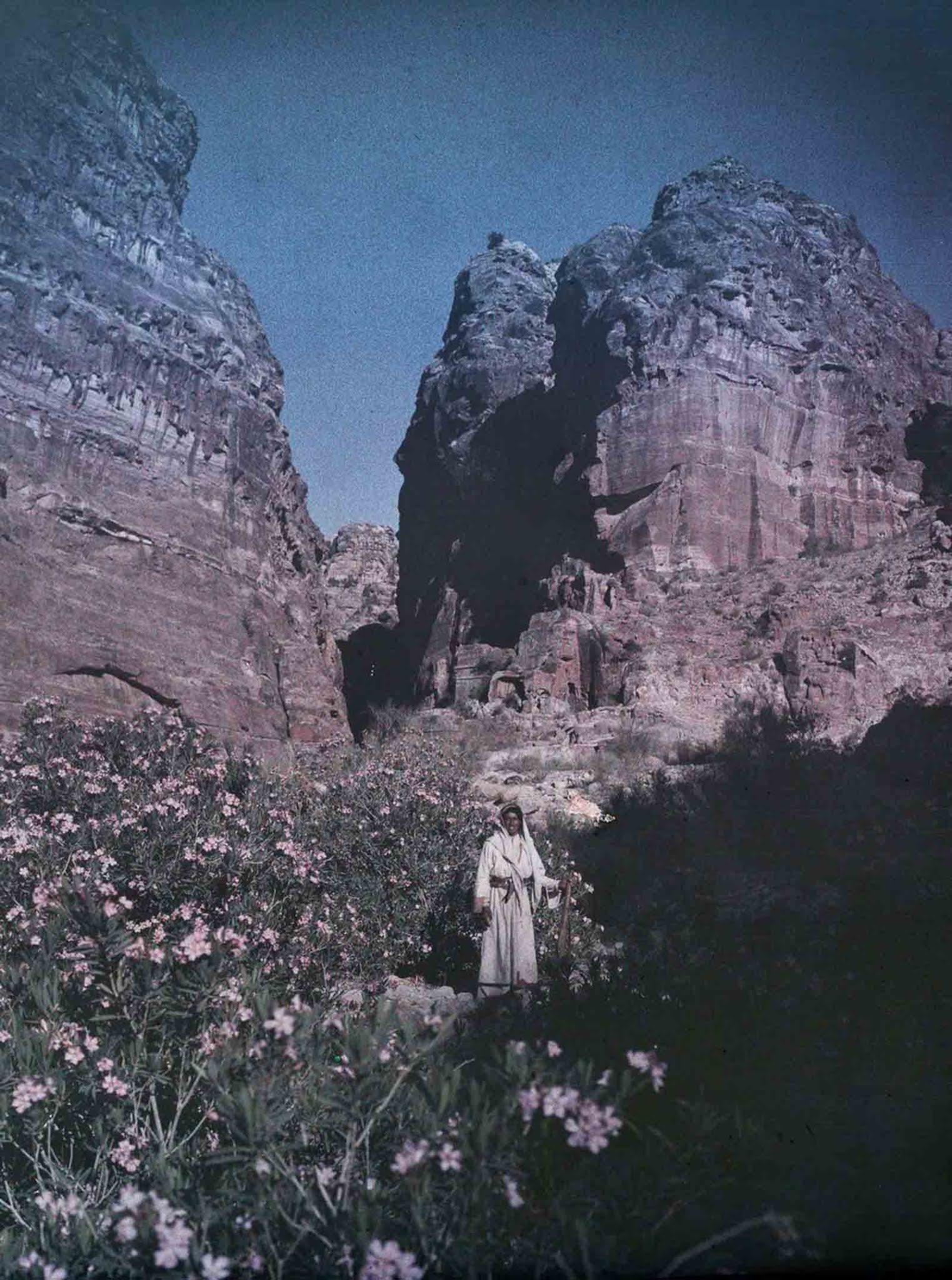 “Petra. Oleanders in bloom with figure.”

Tucked away among the canyons and mountainous terrain in southern Jordan, the city of Petra has stood for well over 2,500 years. In that time, Petra has gone from an early settlement to a crucial and wealthy trading hub in the region, and then to a forgotten and abandoned city, hidden from the eyes of the Western world for centuries.

The city was rediscovered, so to speak, only in the 19th century, quickly becoming a point of strong interest from archeologists, historians, and other curious folks. Today, Petra is one of Jordan’s greatest symbols and it draws hundreds of thousands of tourists every year from all over the world.

Often referred to as Jordan’s Rose City because of the red color of much of the sandstone used in its buildings, Petra is renowned for its unique, fascinating architecture. Carved in incredibly intricate detail, many of Petra’s most famous structures are essentially buildings that have been sculpted out of rock.

Indeed, instead of building structures stone by stone and brick by brick, Petra’s masterful engineers chose to carve out entire buildings out of the abundant rock wall in the location’s many canyons. Of course, the city also has other types of structures, many of which were built via more traditional methods from the ground up. 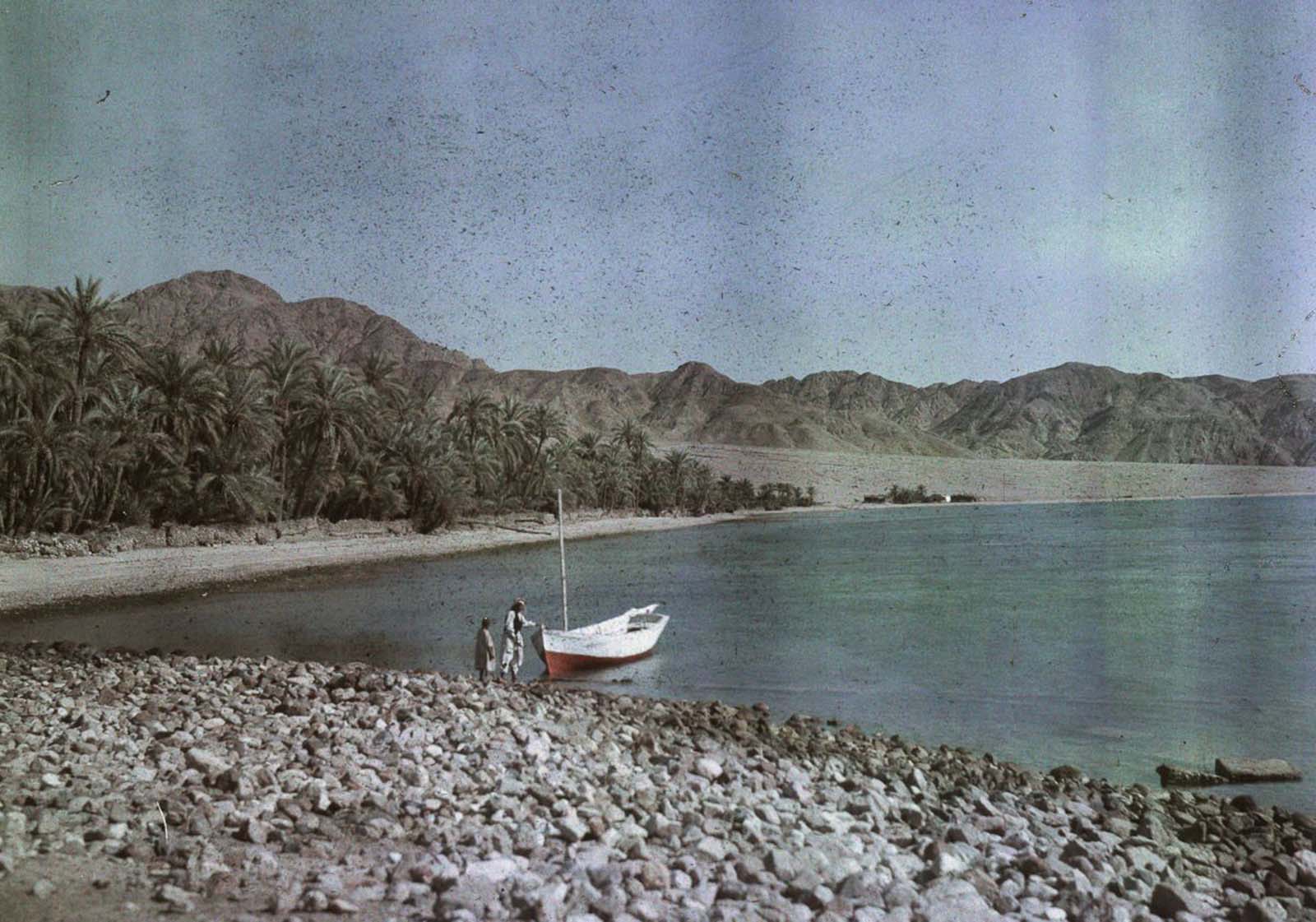 Petra (from the Latin word ‘petrae’, meaning ‘rock’) lies in a great rift valley east of Wadi ‘Araba in Jordan about 80 kilometers south of the Dead Sea. It came into prominence in the late first century BCE (BC) through the success of the spice trade. The city was the principal city of ancient Nabataea and was famous above all for two things: its trade and its hydraulic engineering systems.

It was locally autonomous until the reign of Trajan, but it flourished under Roman rule. The town grew up around its Colonnaded Street in the first century CE (AD) and by the mid-first century had witnessed rapid urbanization.

Following the flow of the Wadi Musa, the city-center was laid out on either side of the Colonnaded Street on an elongated plan between the theater in the east and the Qasr al-Bint in the west. The quarries were probably opened in this period, and there followed virtually continuous building through the first and second centuries CE.

According to tradition, in ca. 1200 BCE, the Petra area (but not necessarily the site itself) was populated by Edomites, and the area was known as Edom (“red”). Before the Israelite incursions, the Edomites controlled the trade routes from Arabia in the south to Damascus in the north. Little is known about the Edomites at Petra itself, but as a people they were known for their wisdom, their writing, their textile industry, the excellence and fineness of their ceramics, and their skilled metalworking.

The next chapter of history belongs to the Persian period, and it is posited that during this time the Nabataeans migrated into Edom, forcing the Edomites to move into southern Palestine. But little is known about Petra proper until about 312 BC by which time the Nabataeans, one of many Arab tribes, occupied it and made it the capital of their kingdom. 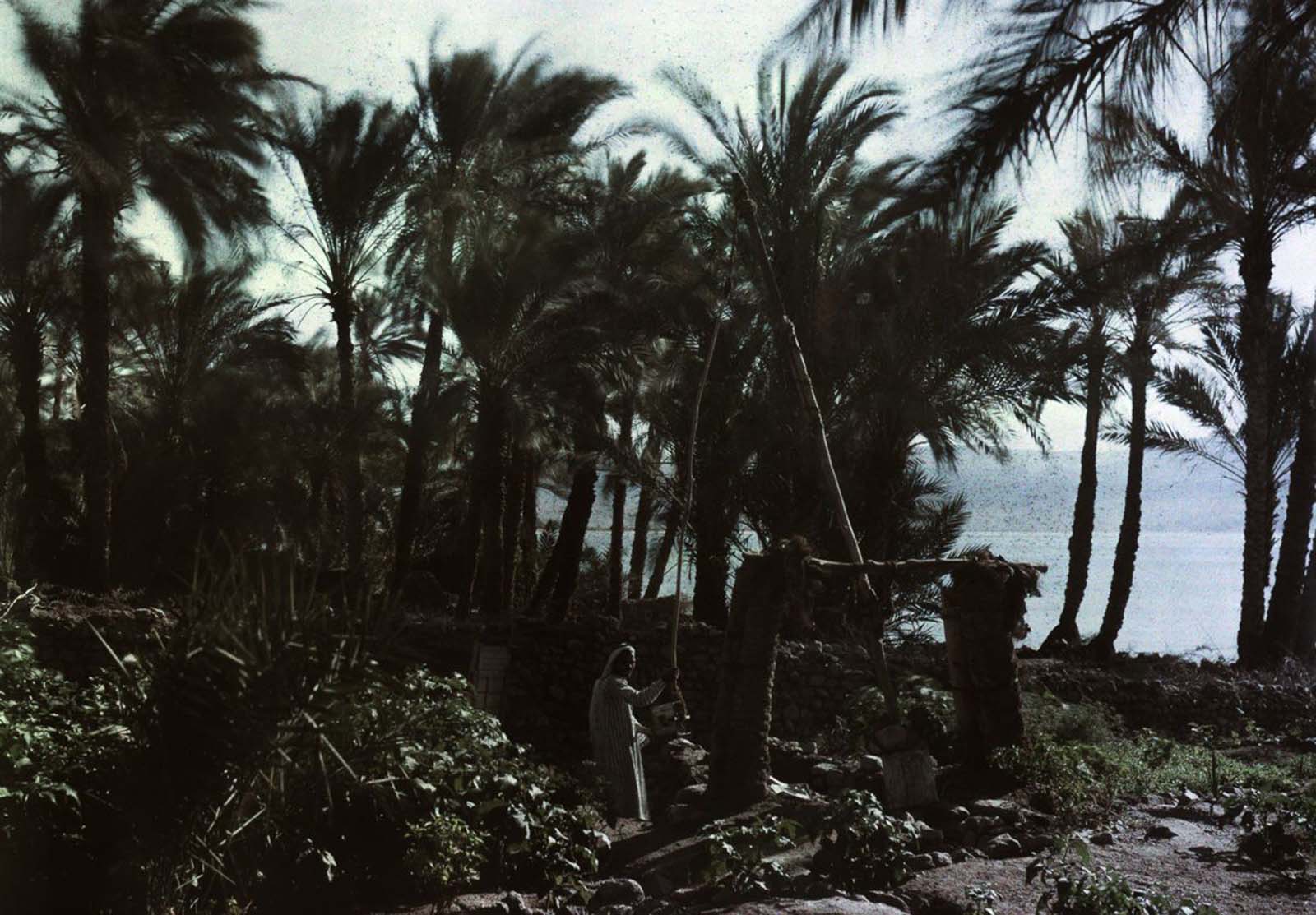 At this time, during the Hellenistic rule of the Seleucids, and later, the Ptolemies, the whole area flourished with increased trade and the establishment of new towns such as Philadelphia (Rabbath ‘Ammon, modern Amman) and Gerasa (modern Jerash).

Infighting between the Seleucids and Ptolemies allowed the Nabataeans to gain control over the caravan routes between Arabia and Syria. Although there were struggles between the Jewish Maccabeans and the Seleucid overlords, Nabataean trade continued.

With Nabataean rule, Petra became the center for a spice trade that extended from Arabia to Aqaba and Petra, and onward either to Gaza in the northwest, or to the north through Amman to Bostra, Damascus, and finally on to Palmyra and the Syrian Desert. Nabataean Classical monuments reflect the international character of the Nabataean economy through their combination of native tradition and the classical spirit.

But among the most remarkable of all Nabataean achievements is the hydraulic engineering systems they developed including water conservation systems and the dams that were constructed to divert the rush of swollen winter waters that create flash floods.

In 64-63 BCE, the Nabataeans were conquered by the Roman general, Pompey, whose policy was to restore the cities taken by the Jews. However, he retained an independent Nabataea, although the area was taxed by the Romans and served as a buffer territory against the desert tribes. 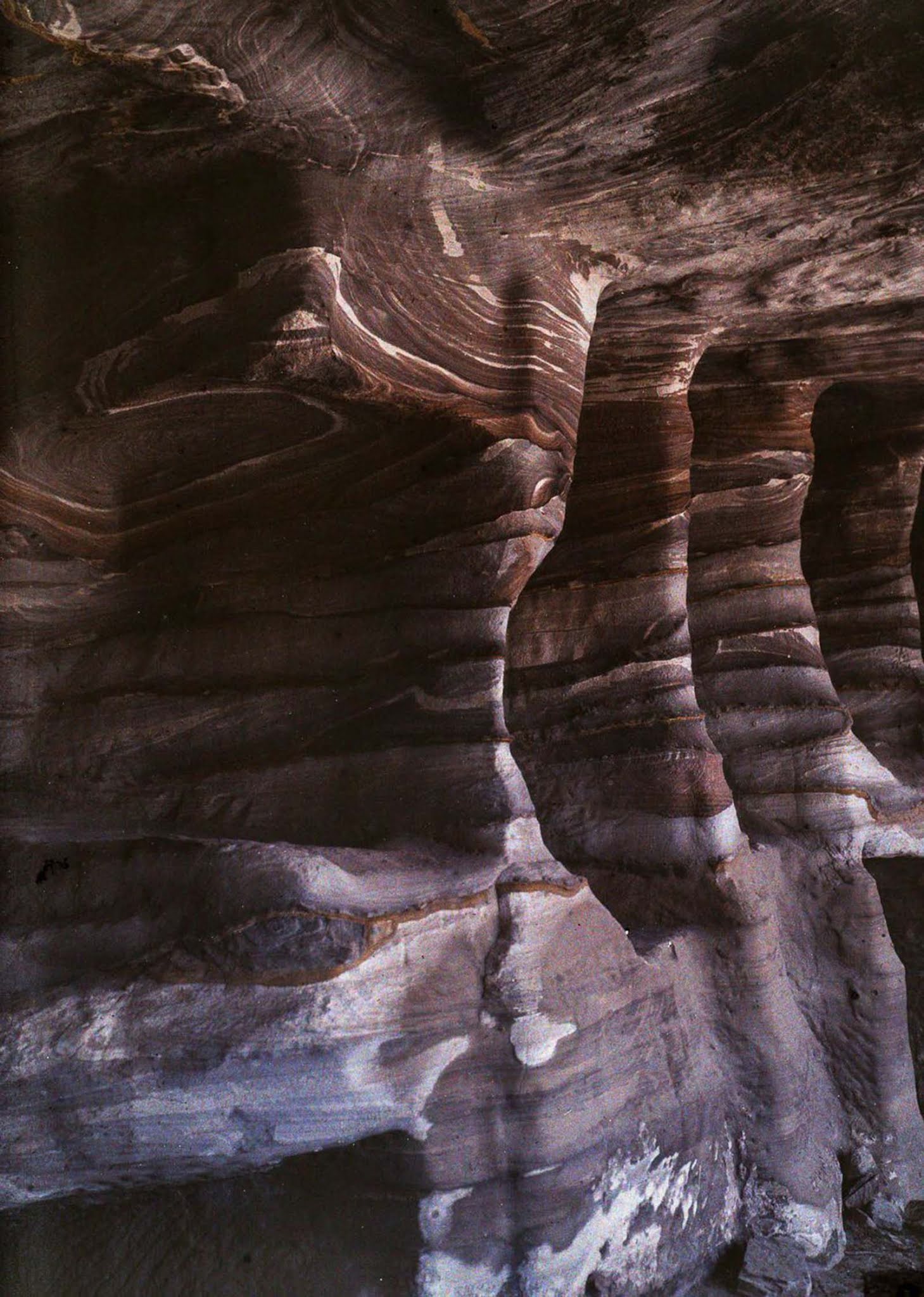 Completely subsumed by the Romans under Emperor Trajan in 106 CE, Petra and Nabataea then became part of the Roman province known as Arabia Petraea with its capital at Petra. In 131 CE Hadrian, the Roman emperor, visited the site and named it after himself, Hadriane Petra.

The city continued to flourish during the Roman period, with a Triumphal Arch spanning the Siq, and tomb structures either carved out of the living rock or built free-standing. Under Roman rule, Roman Classical monuments abounded — many with Nabataean overtones.

By 313 CE (AD), Christianity had become a state-recognized religion. In 330 CE, the Emperor Constantine established the Eastern Roman Empire with its capital at Constantinople. Although the 363 earthquake destroyed half of the city, it appears that Petra retained its urban vitality into late antiquity, when it was the seat of a Byzantine bishopric.

The newly excavated Petra church with its papyrus scrolls document this period, especially in the sixth century, a phenomenon less well-attested in other sites so far south of ‘Amman. In this period there is also striking archaeological and documentary evidence for accommodation between Christians and the pagan aristocracy.

Thereafter one can read the archaeology of a fragmented middle Byzantine community living among and re-using the abandoned limestone and sandstone elements of its classical past. The inhabitants during the Byzantine Period recycled many standing structures and rock-cut monuments, while also constructing their own buildings, including churches — such as the recently excavated Petra Church with the extraordinary mosaics. 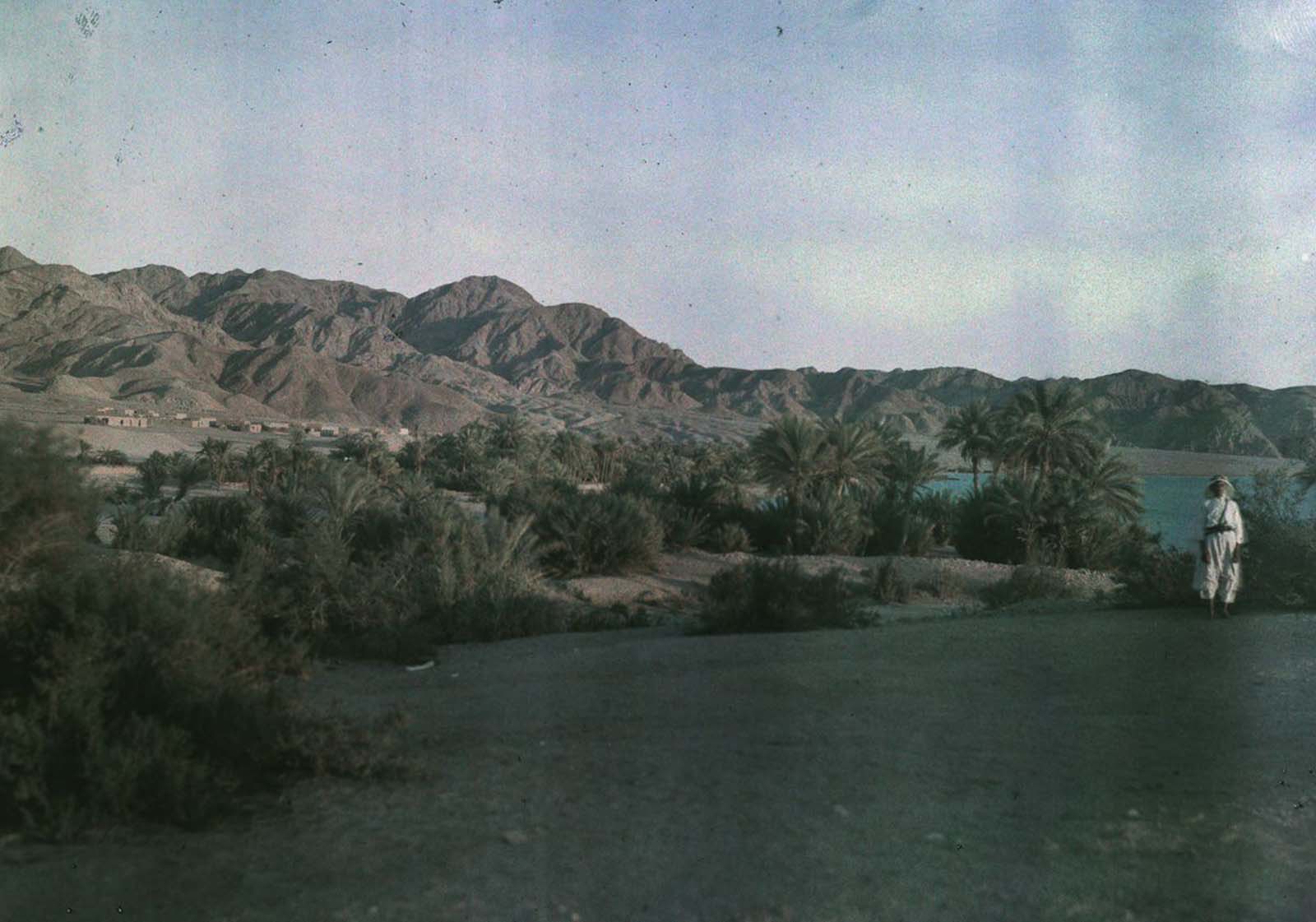 Among the rock-cut monuments they reused is the great tomb or the Ad-Dayr (known also as ‘The Monastery’), which was modified into a church. With a change in trade routes, Petra’s commercial decline was inevitable. An even more devastating earthquake had a severe impact on the city in 551 CE, and all but brought the city to ruin.

With the rise of Islam, Petra became a backwater community. Petra was revealed to the western world in 1812 for the first time since the Crusades when it was re-discovered by the Swiss explorer Johann Ludwig Burckhardt.

As one of the most spectacular sites in the Middle East, Petra has long attracted travelers and explorers. During the 19th century, the site was visited and documented by several Europeans, after J. L. Burckhardt’s initial visit. A synthesis of the site was published by Libbey and Hoskins in 1905, presenting one of the first overviews in print.

Archaeological excavations began in earnest at the turn of the century, with the earliest scientific expedition being published in Arabia Petraea in 1907, by A. Musil. In the 1920’s R. E. Brünnow and A. von Domaszewski surveyed the site and published an ambitious mapping project in their Die Provincia Arabia. This survey has since undergone many necessary revisions, the most recent of which was published by Judith McKenzie in 1990. 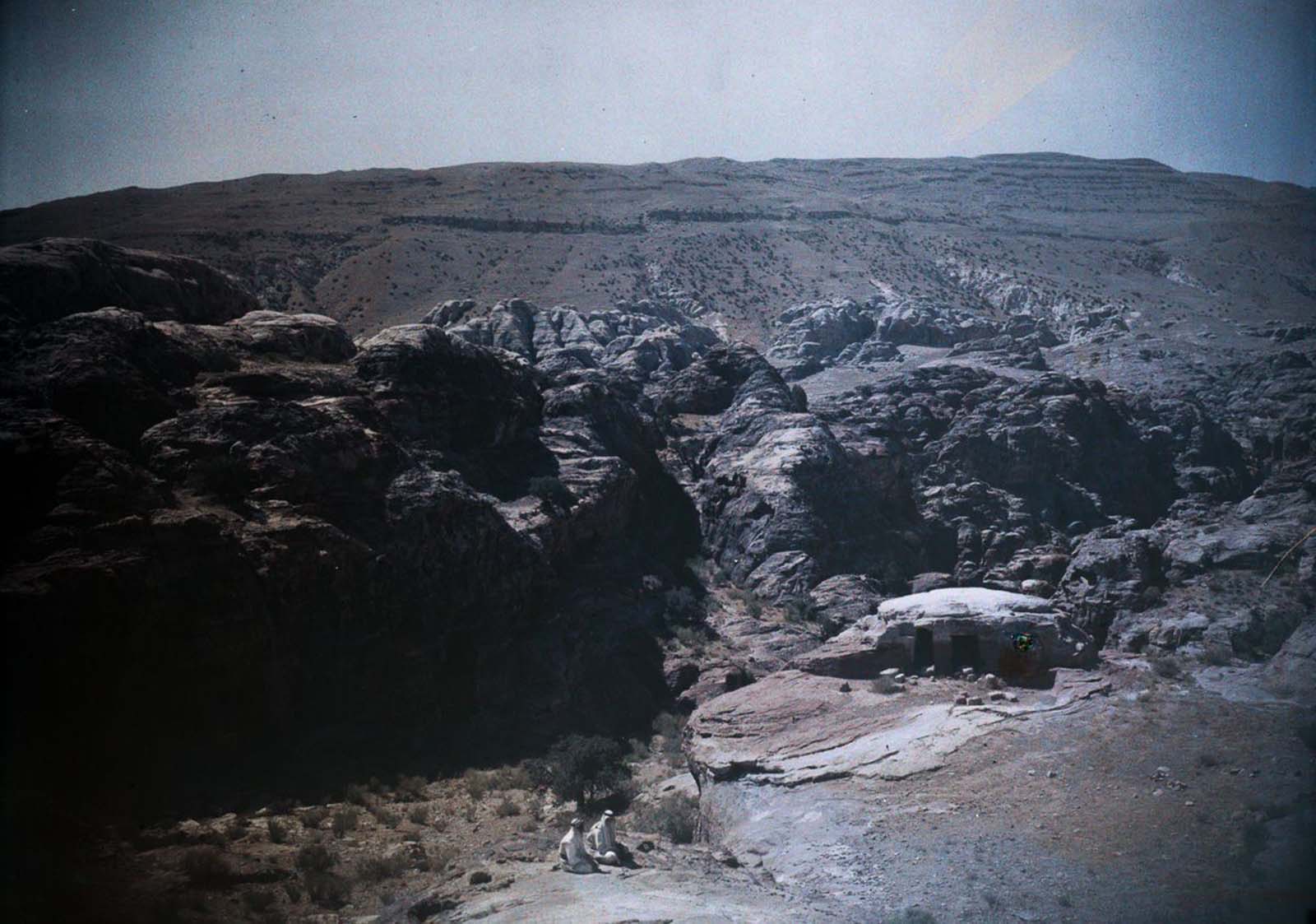 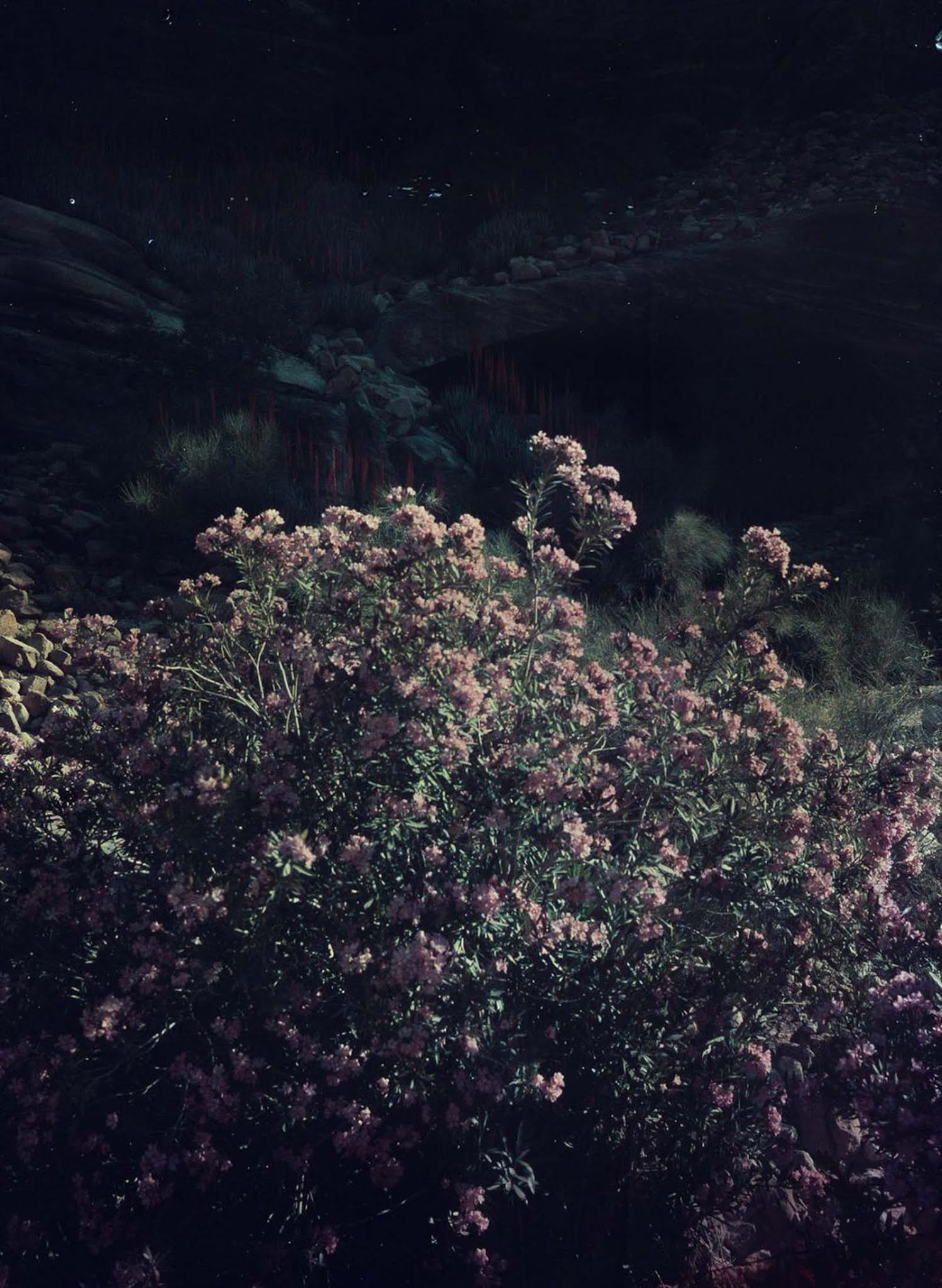 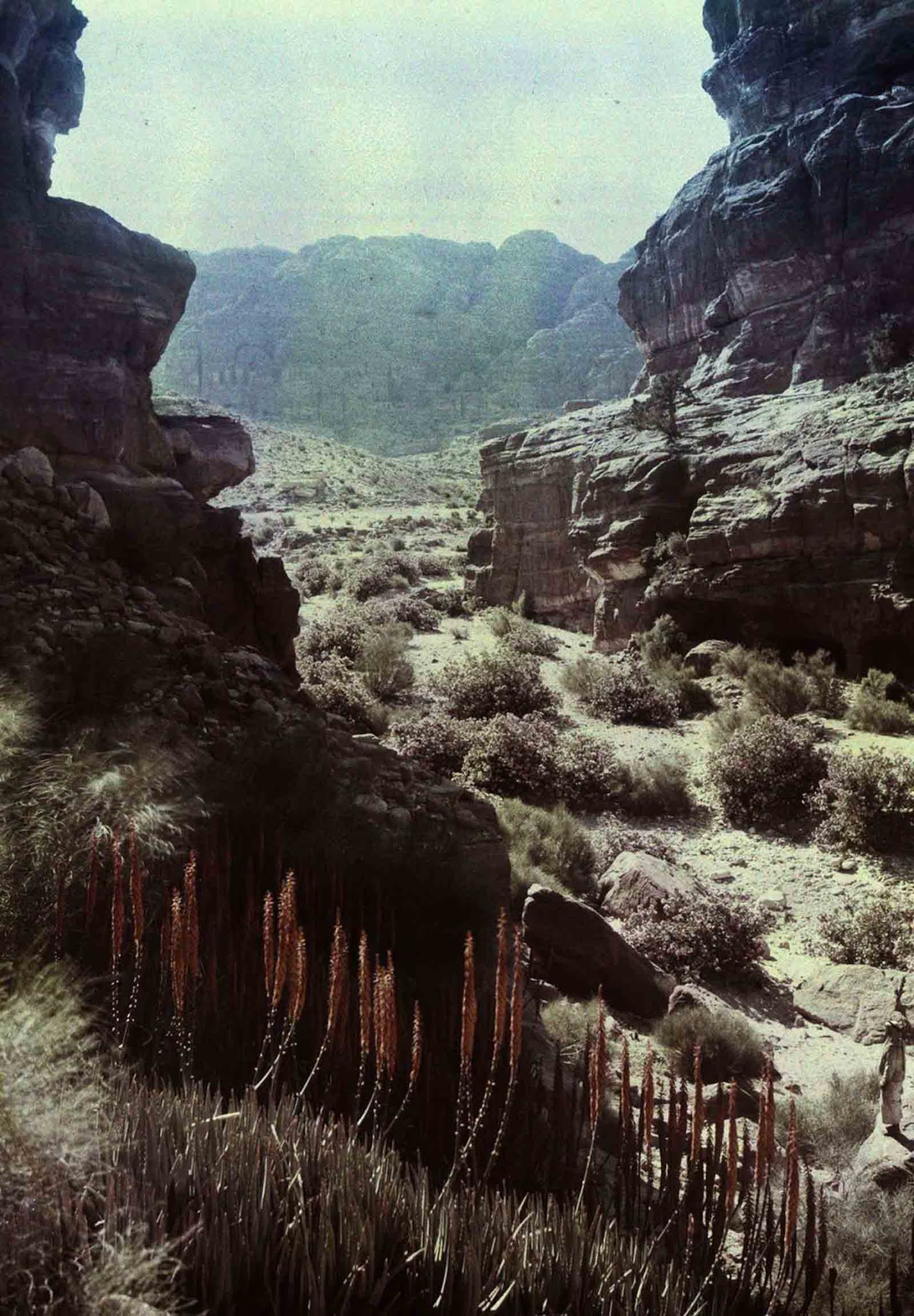 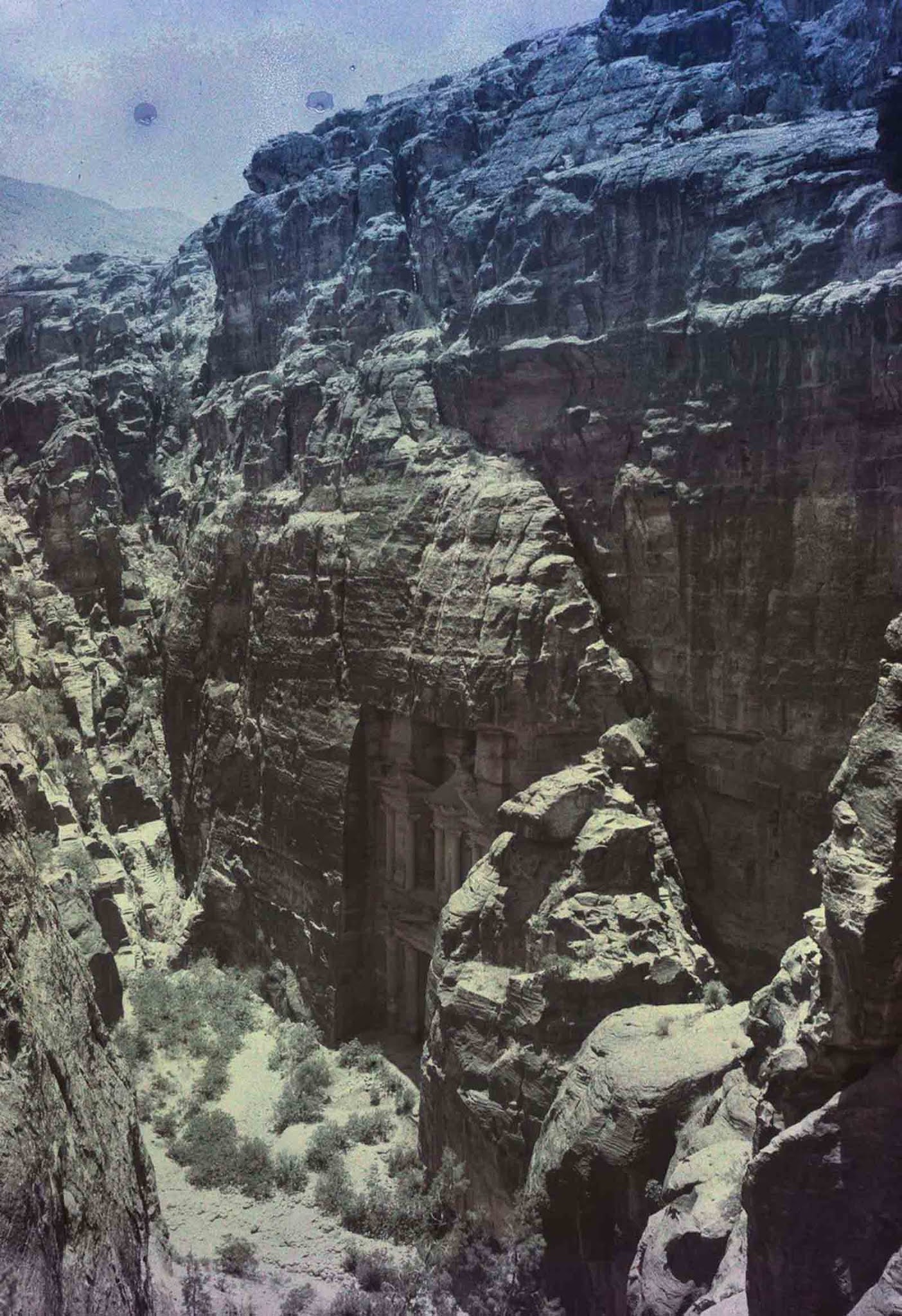 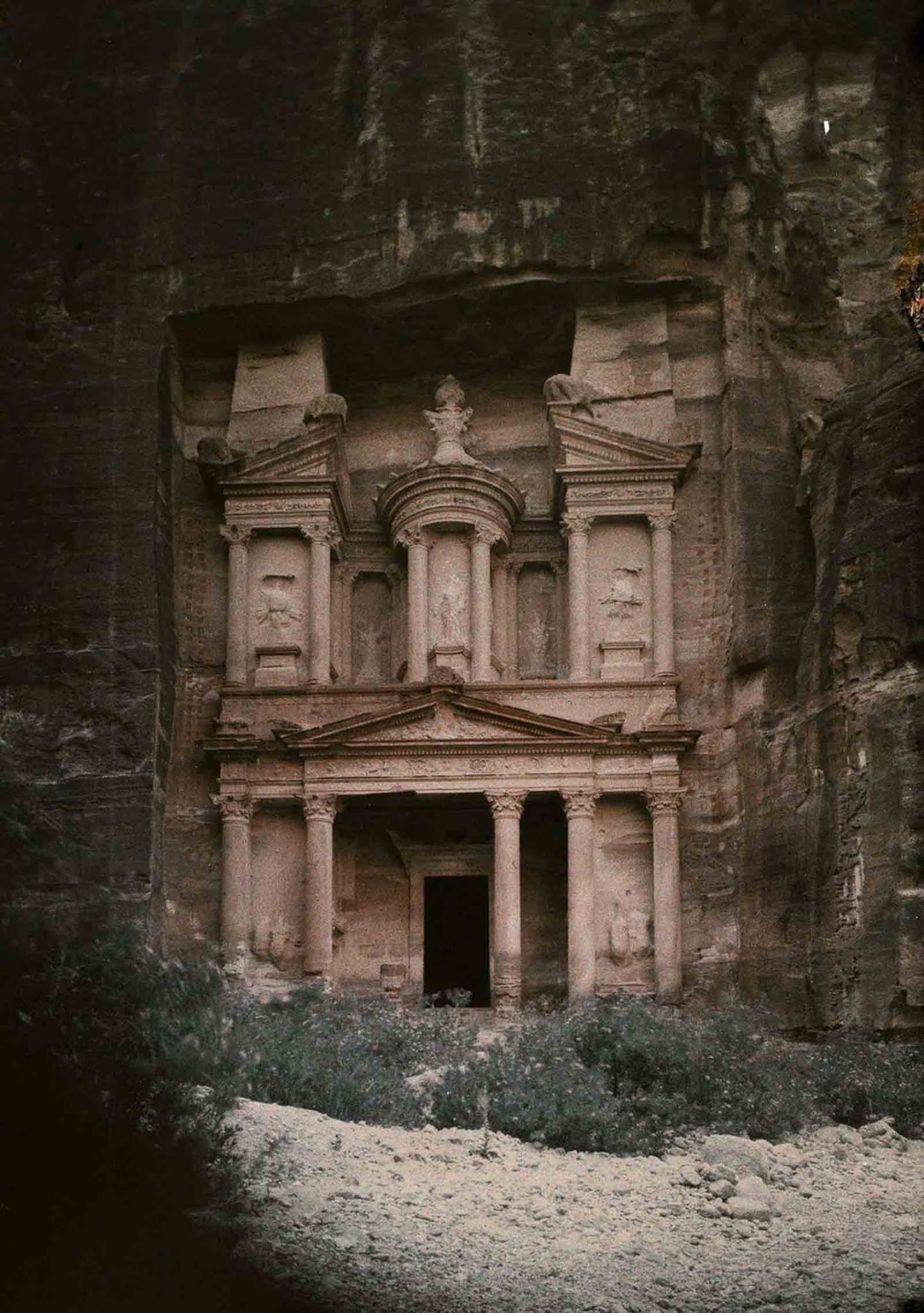 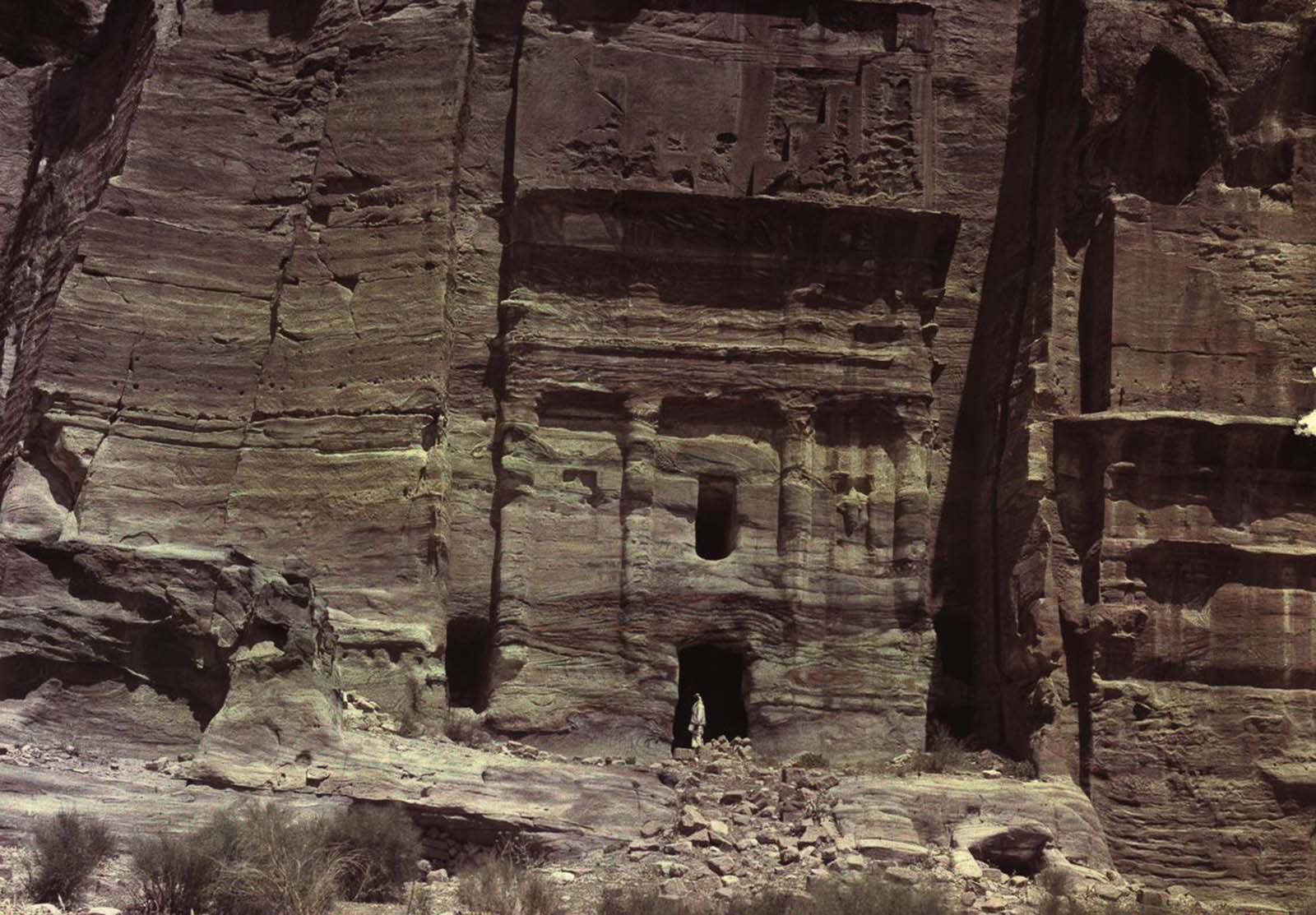 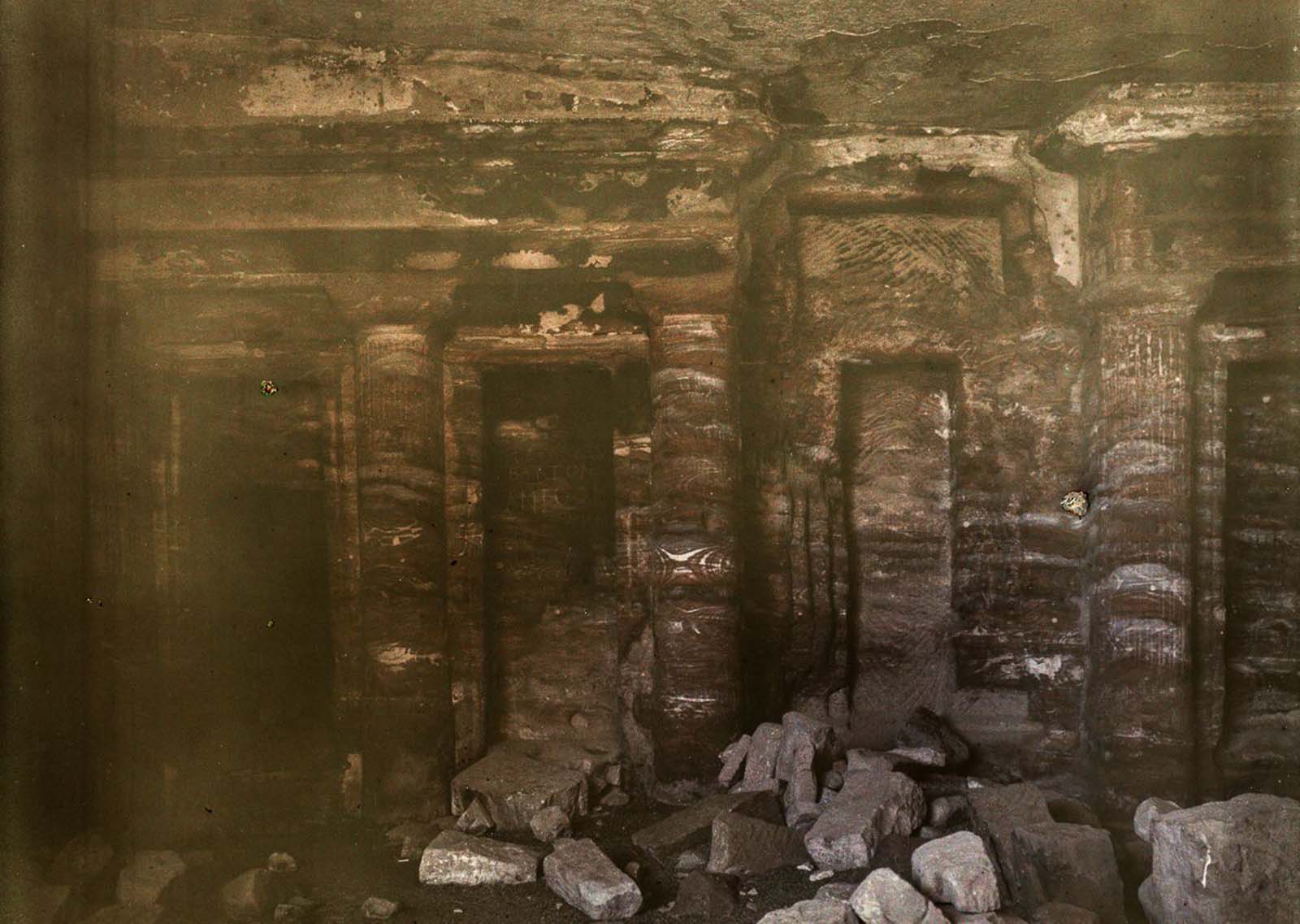 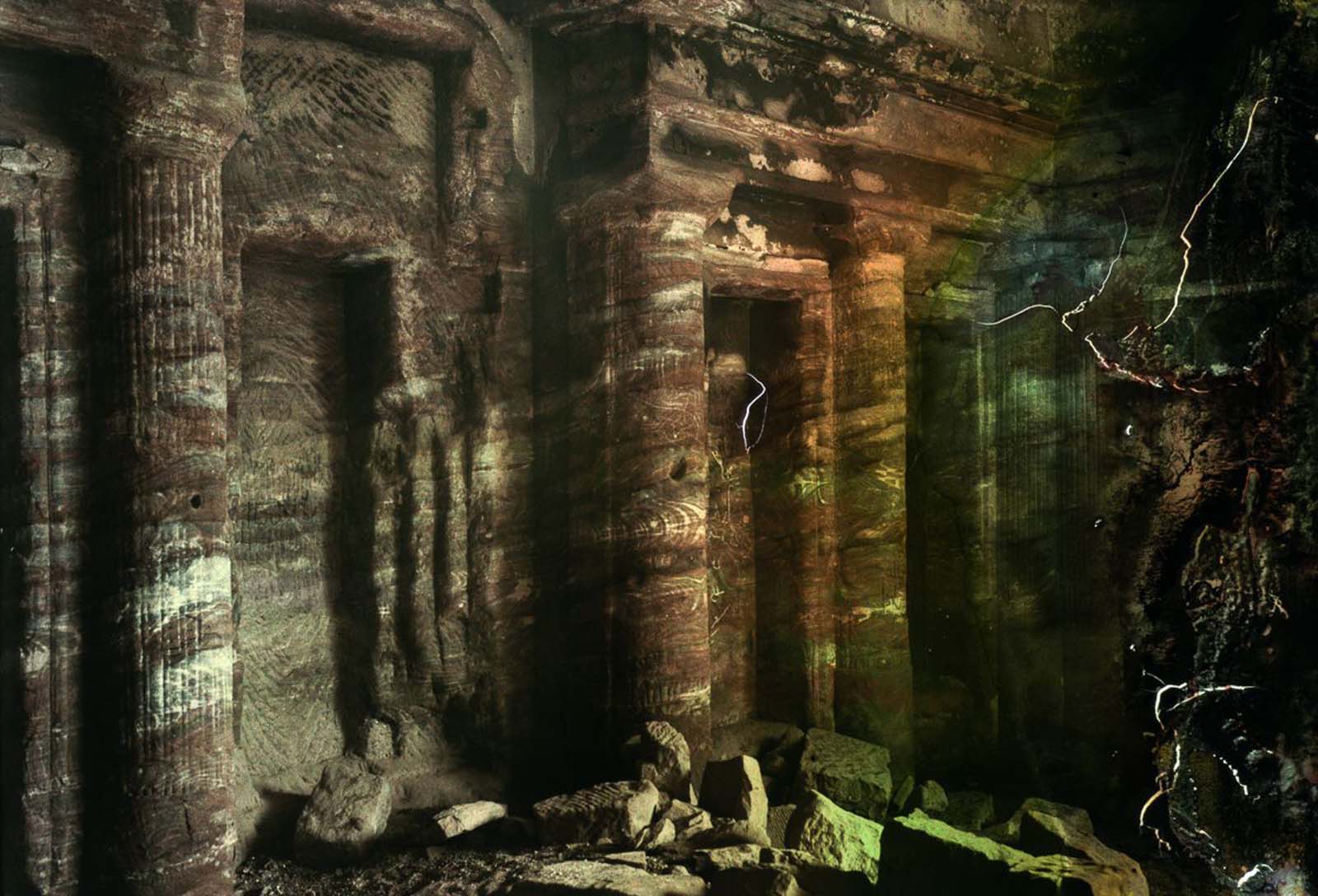 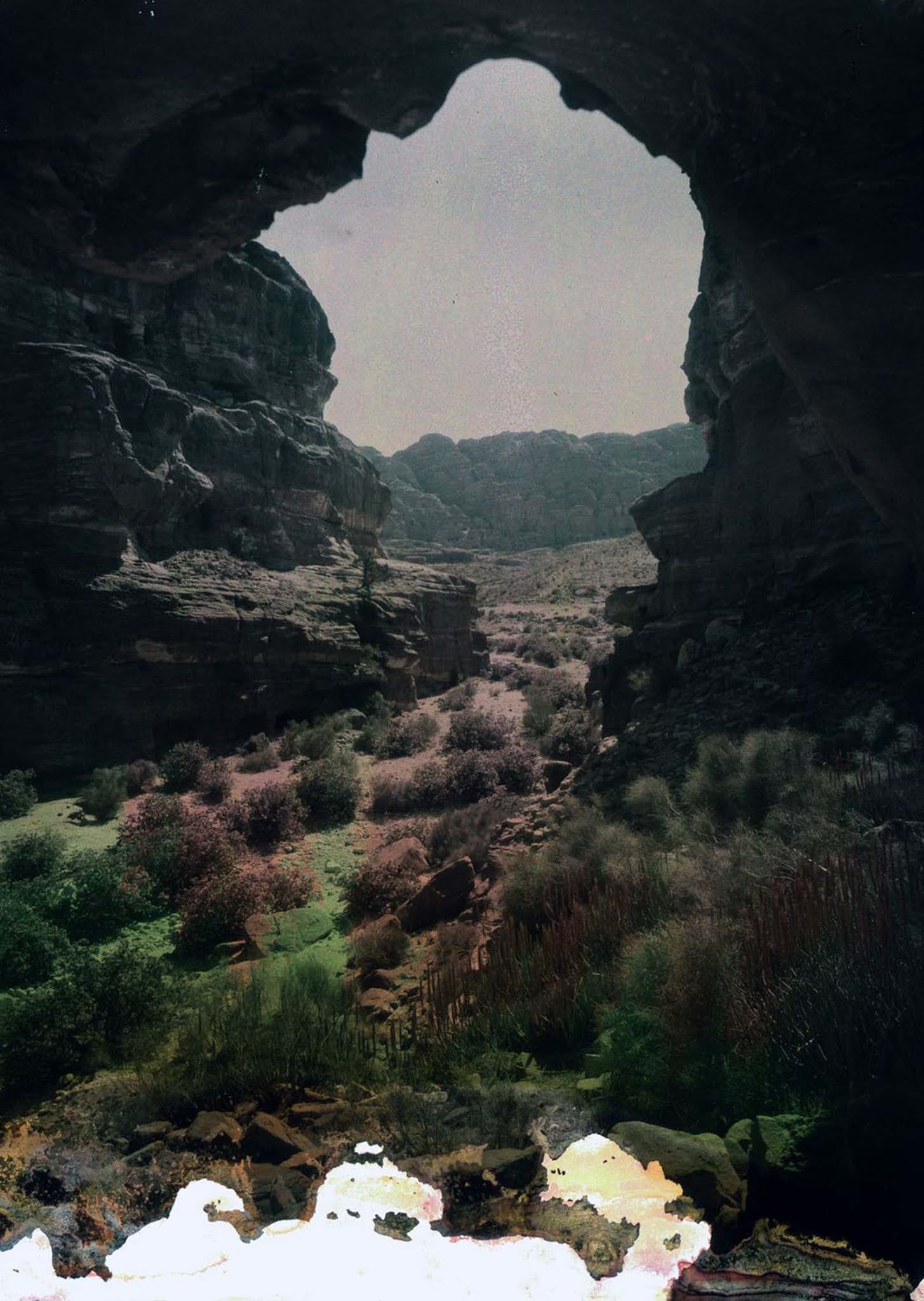 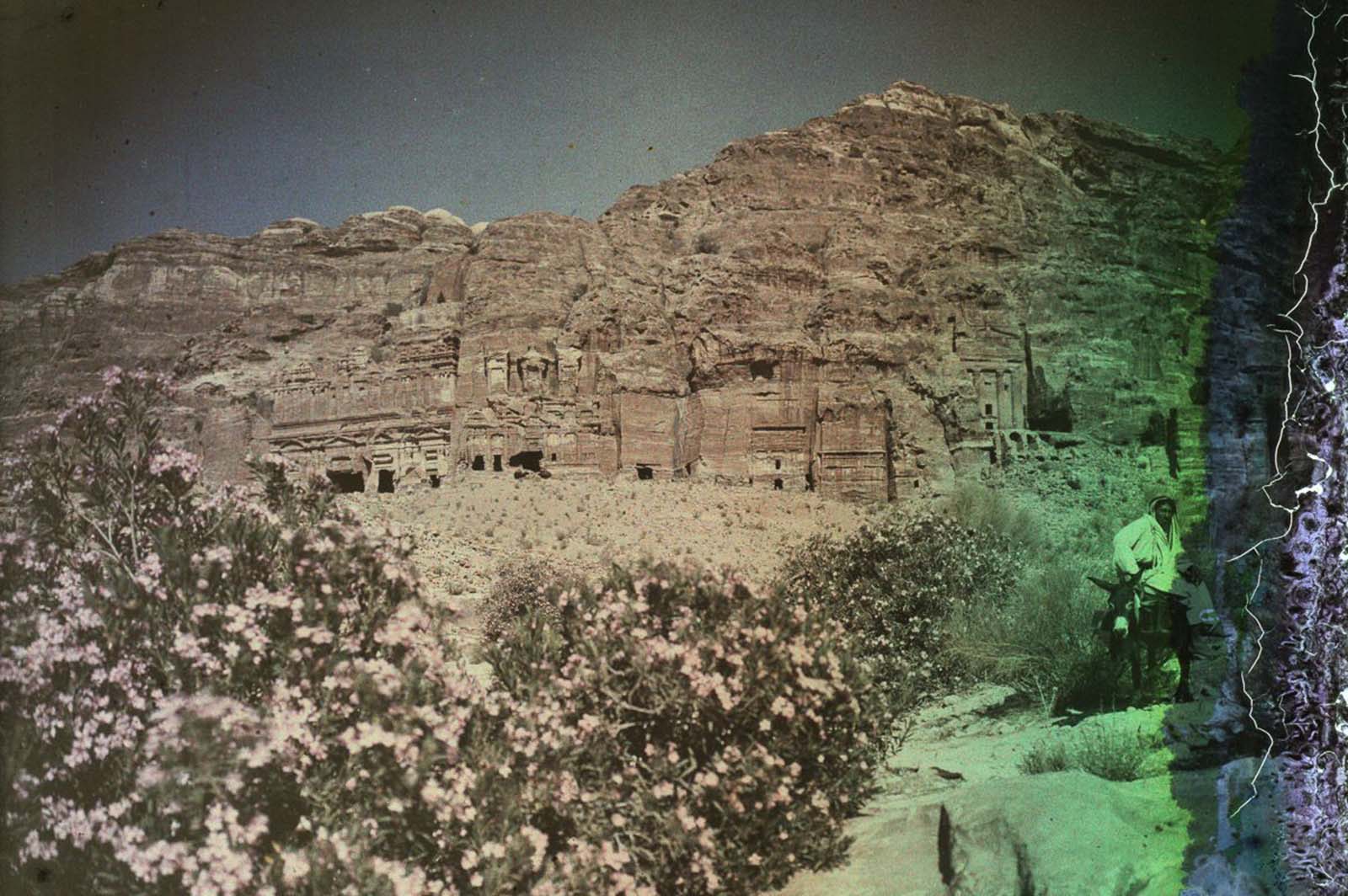 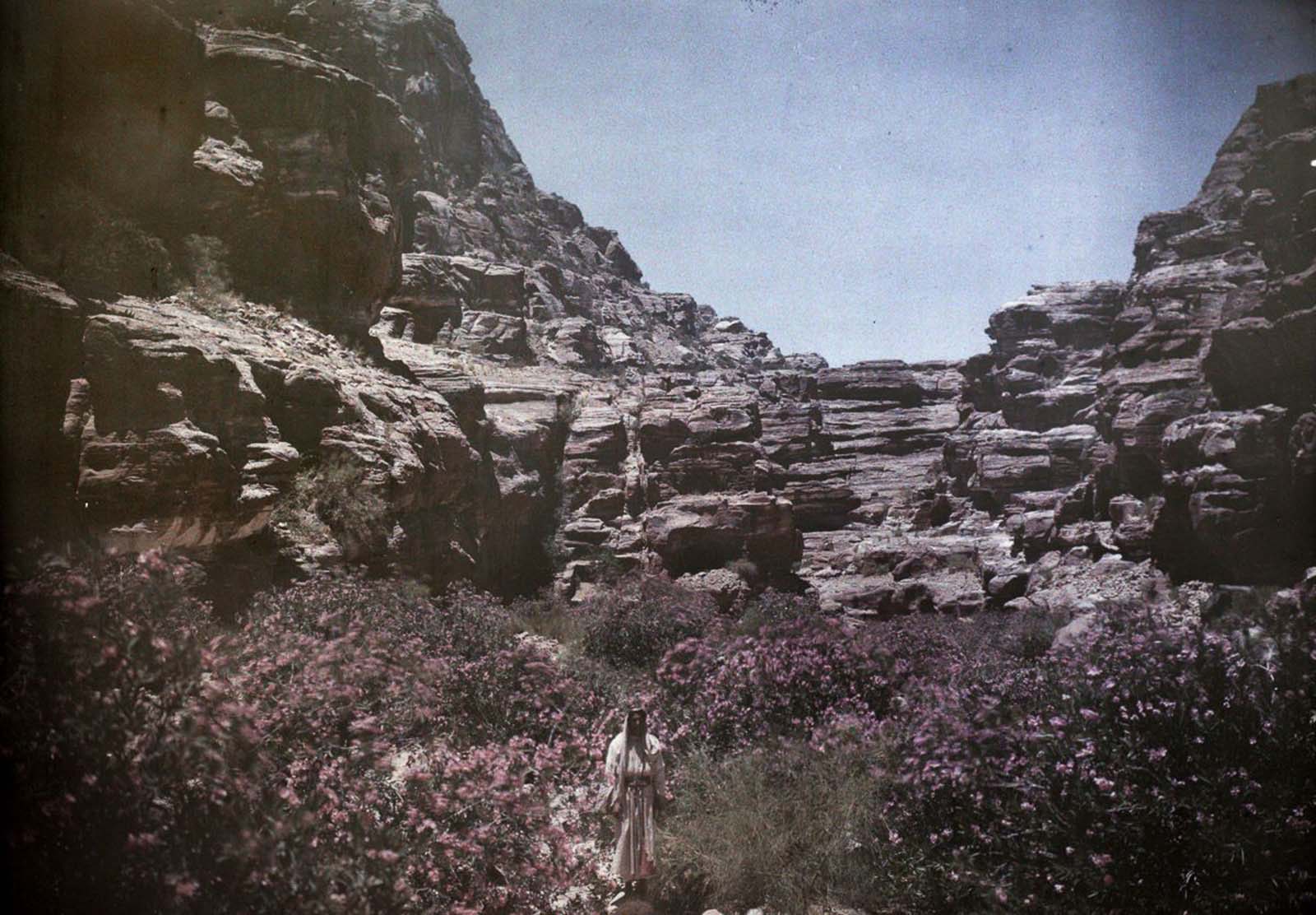 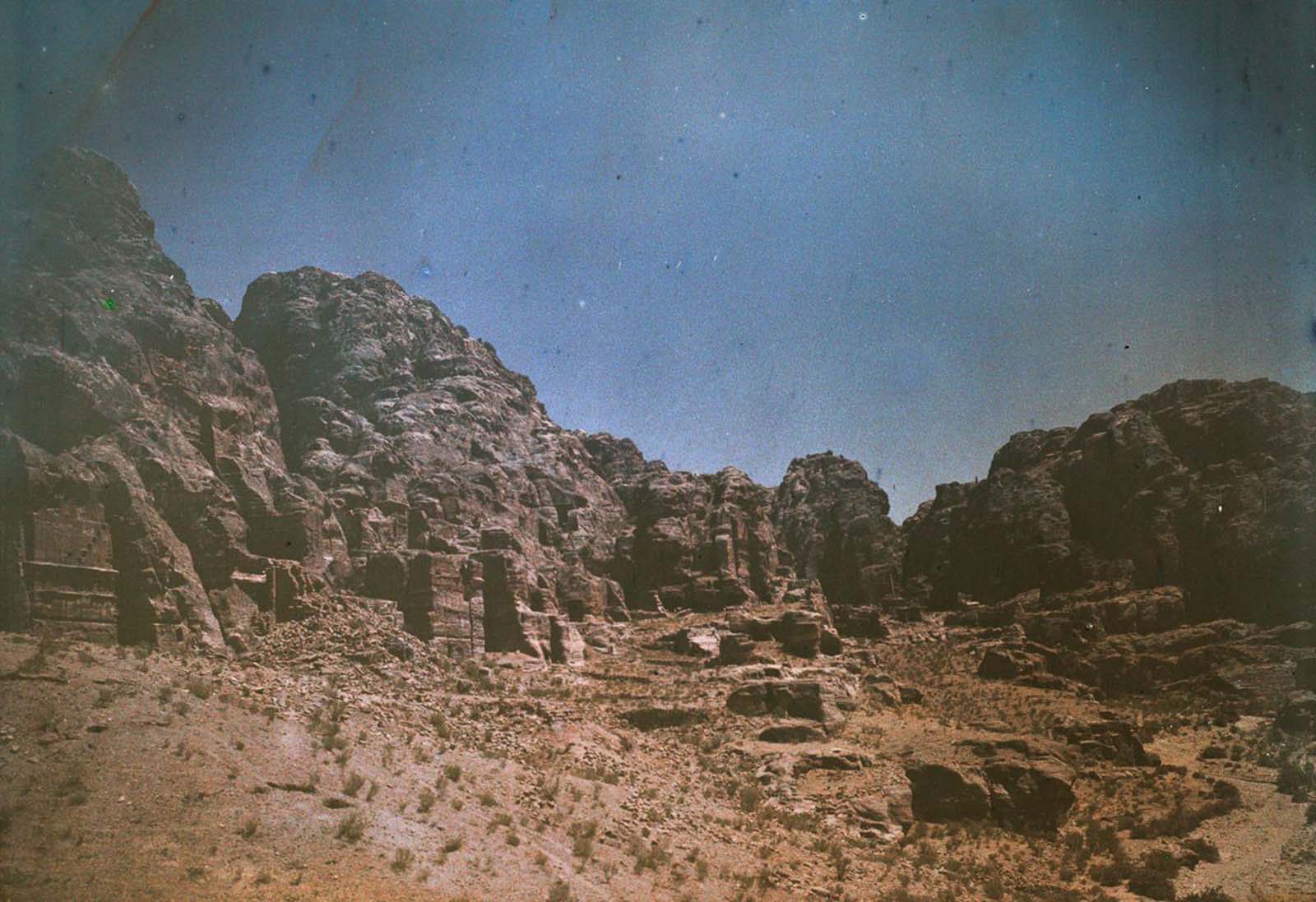 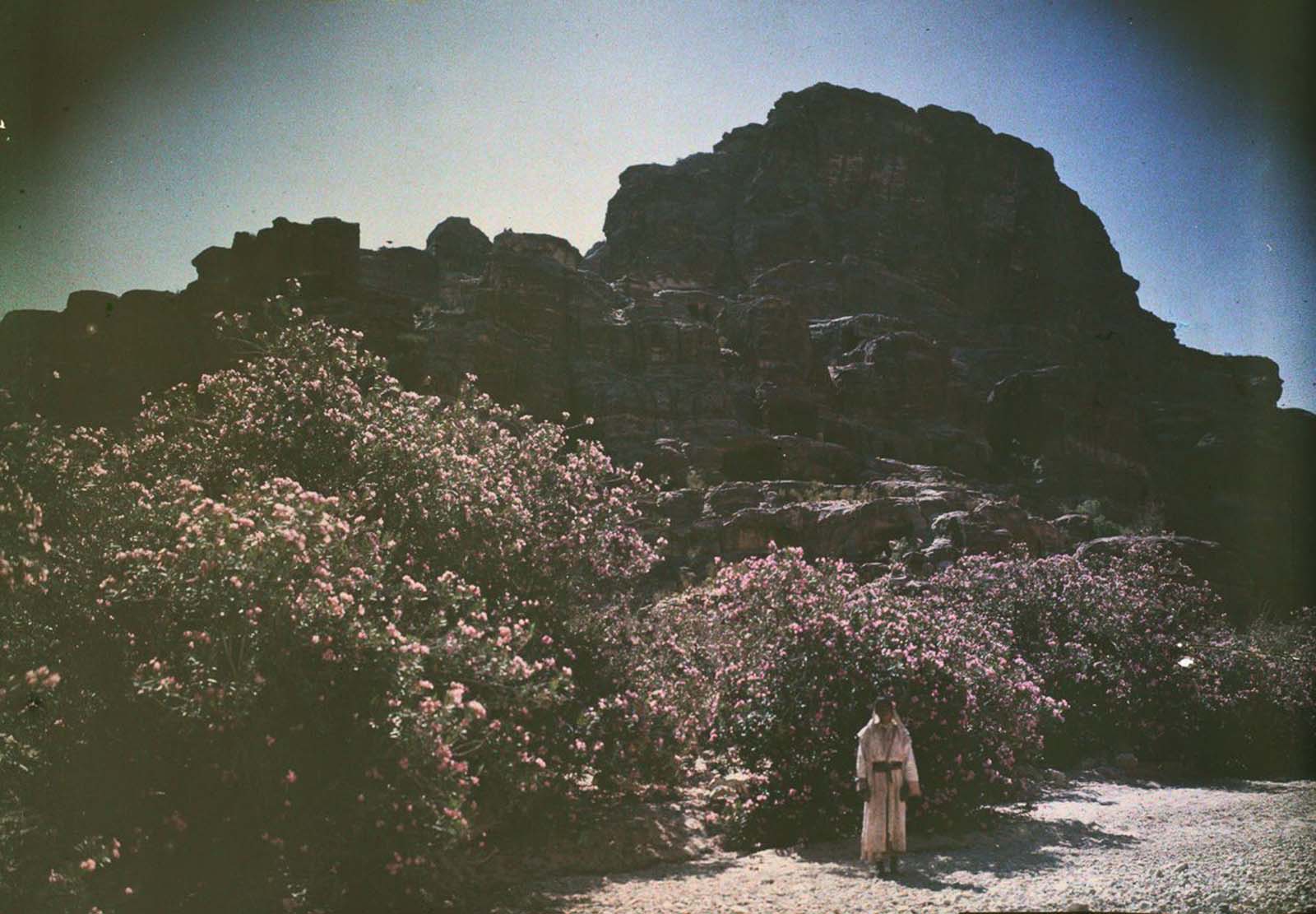 “Petra. Oleander and a man” 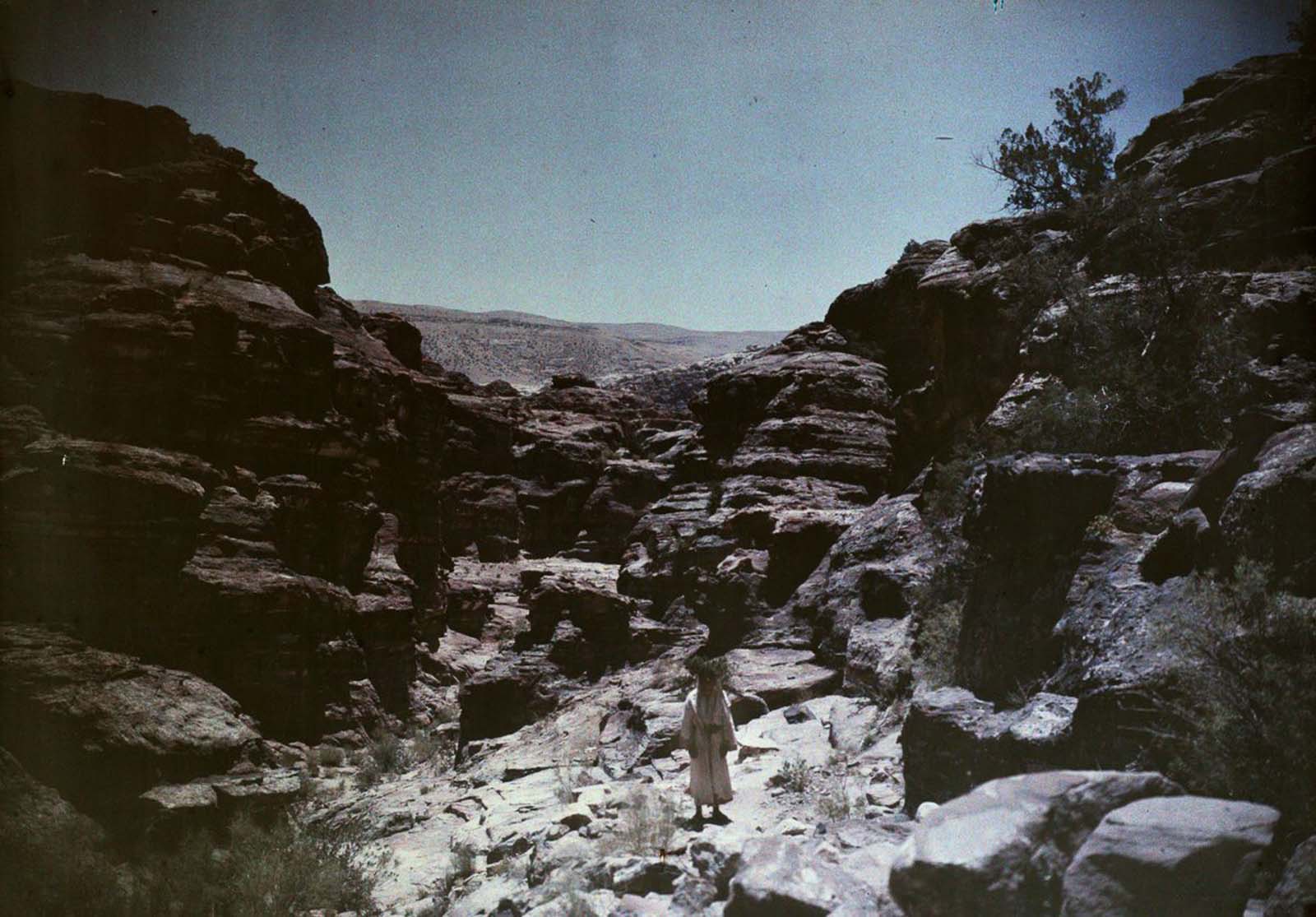 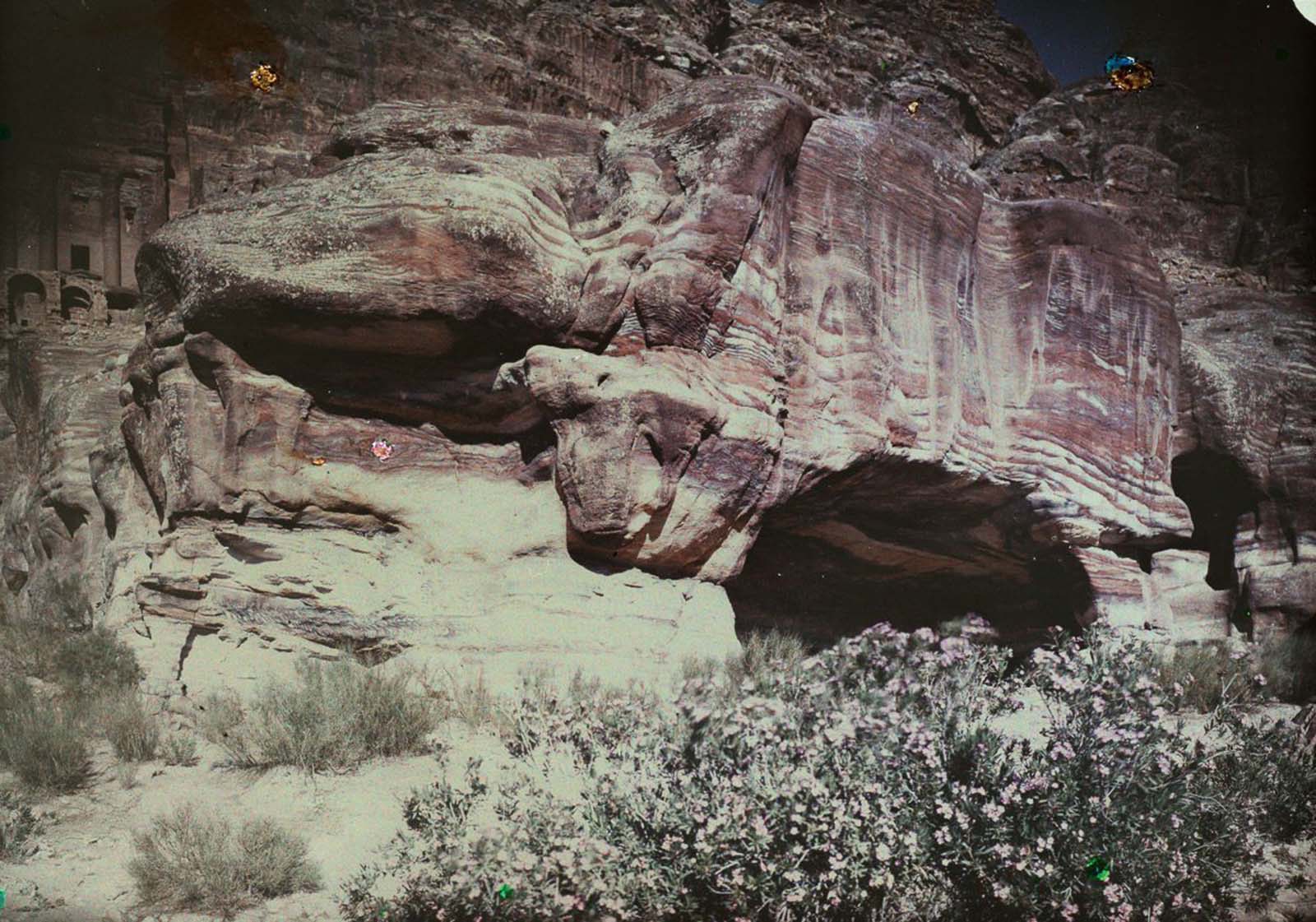 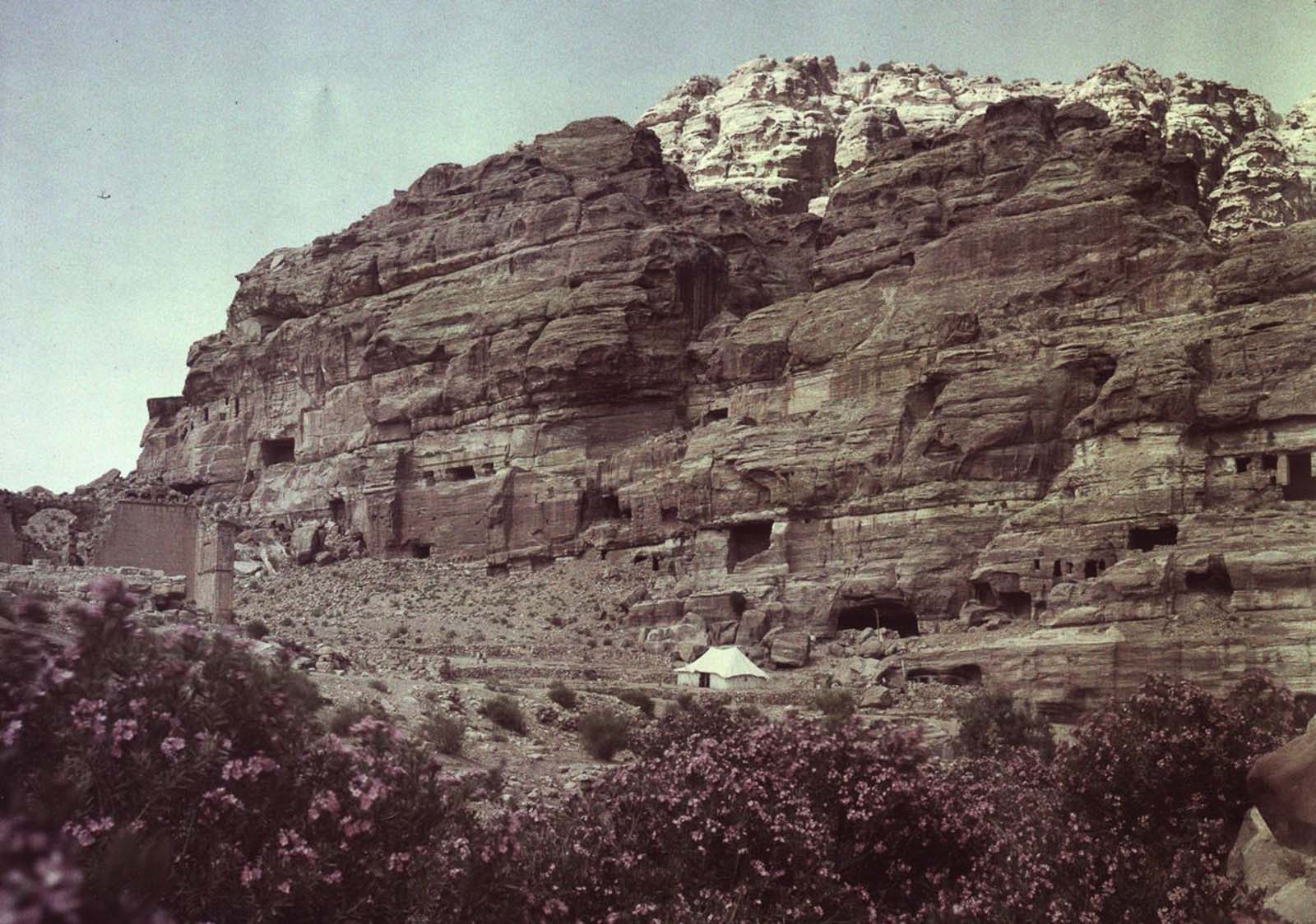 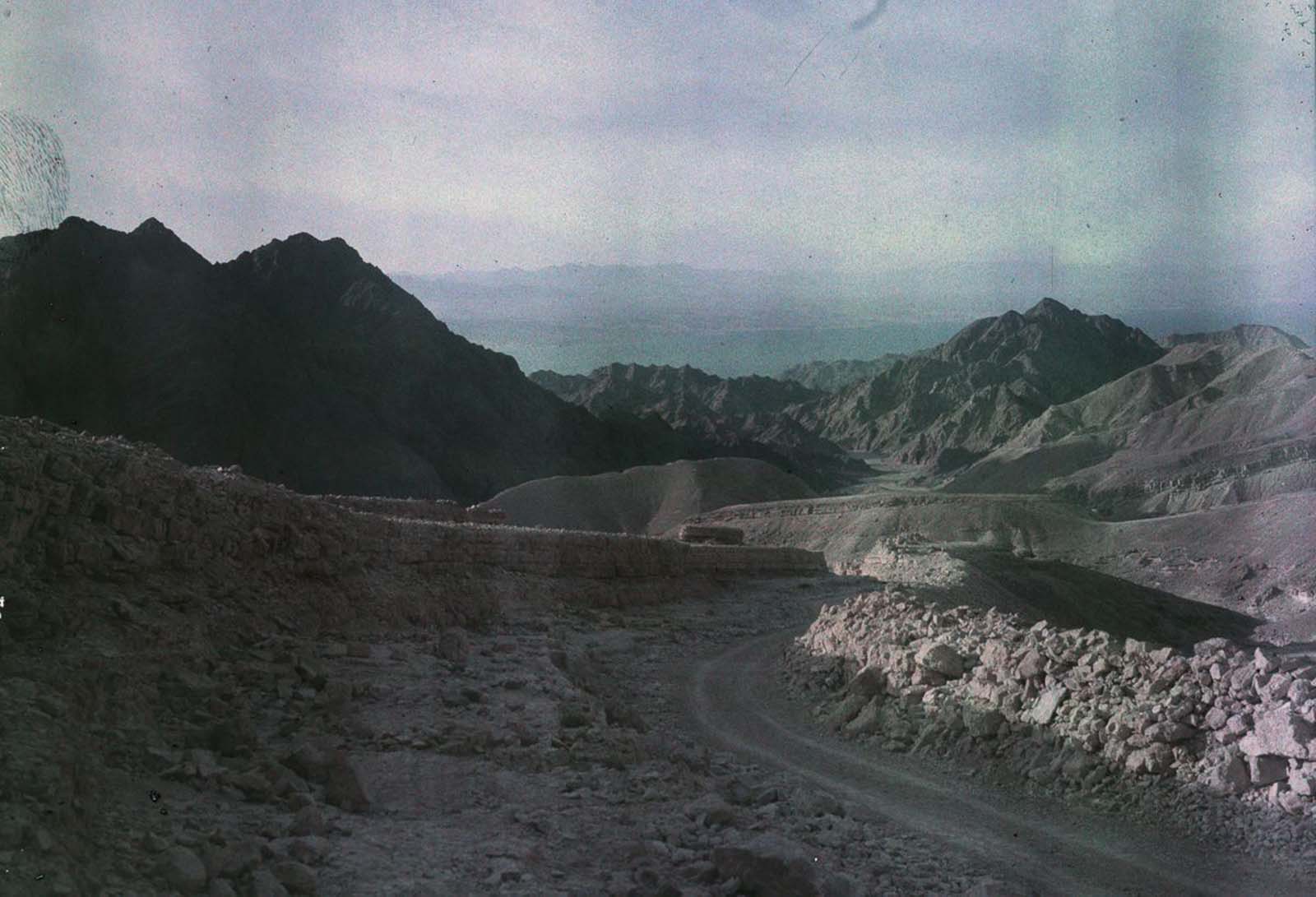 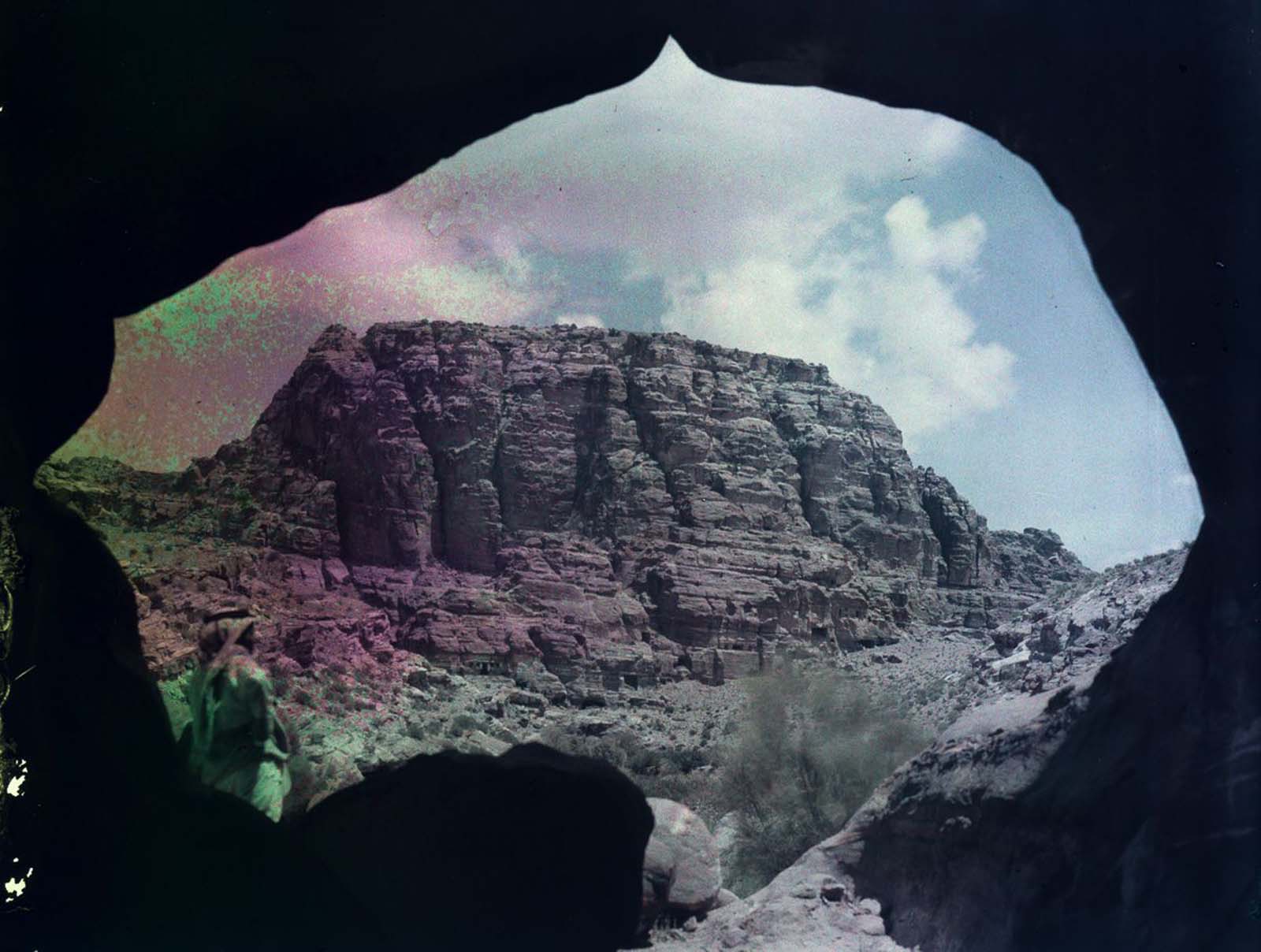 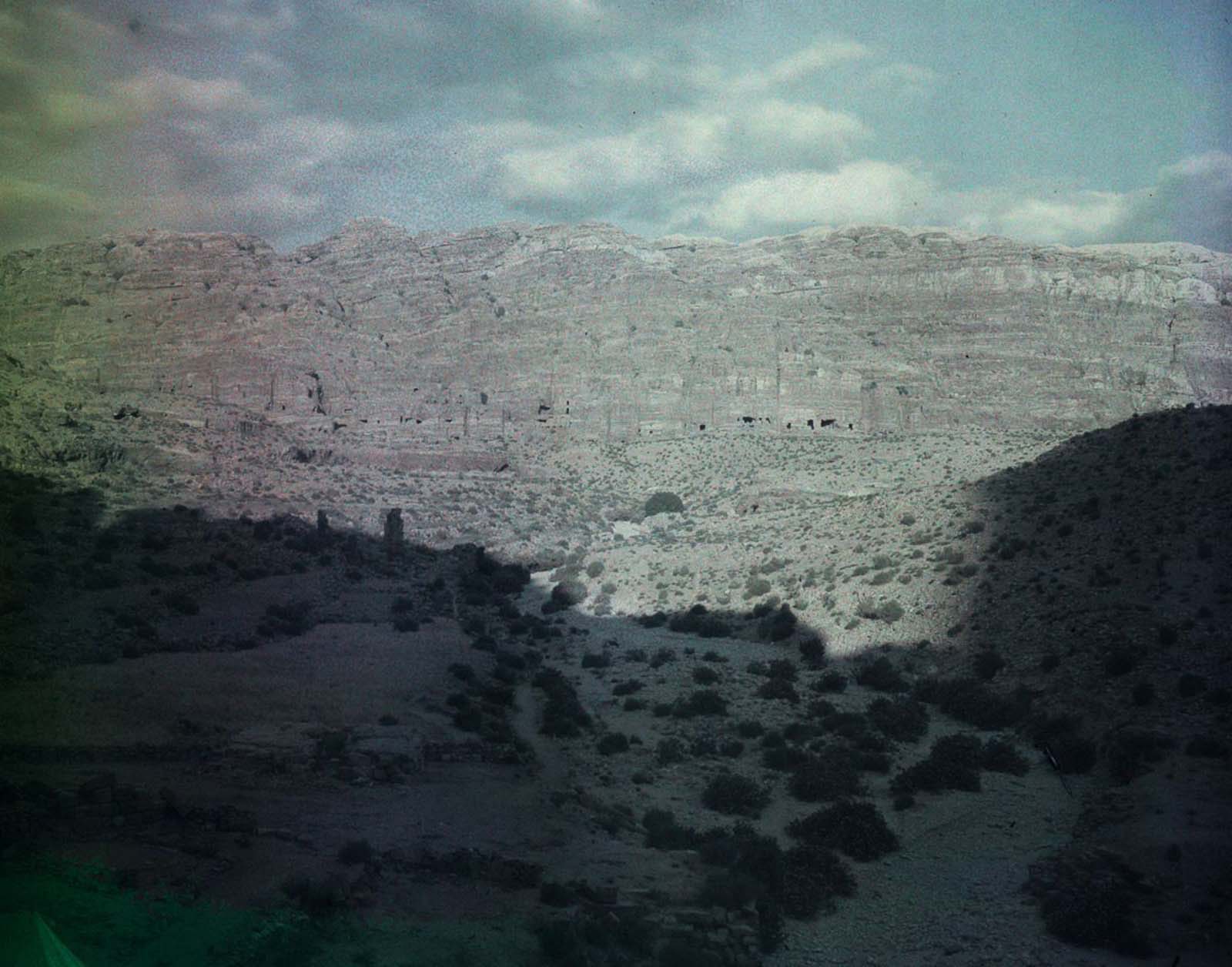 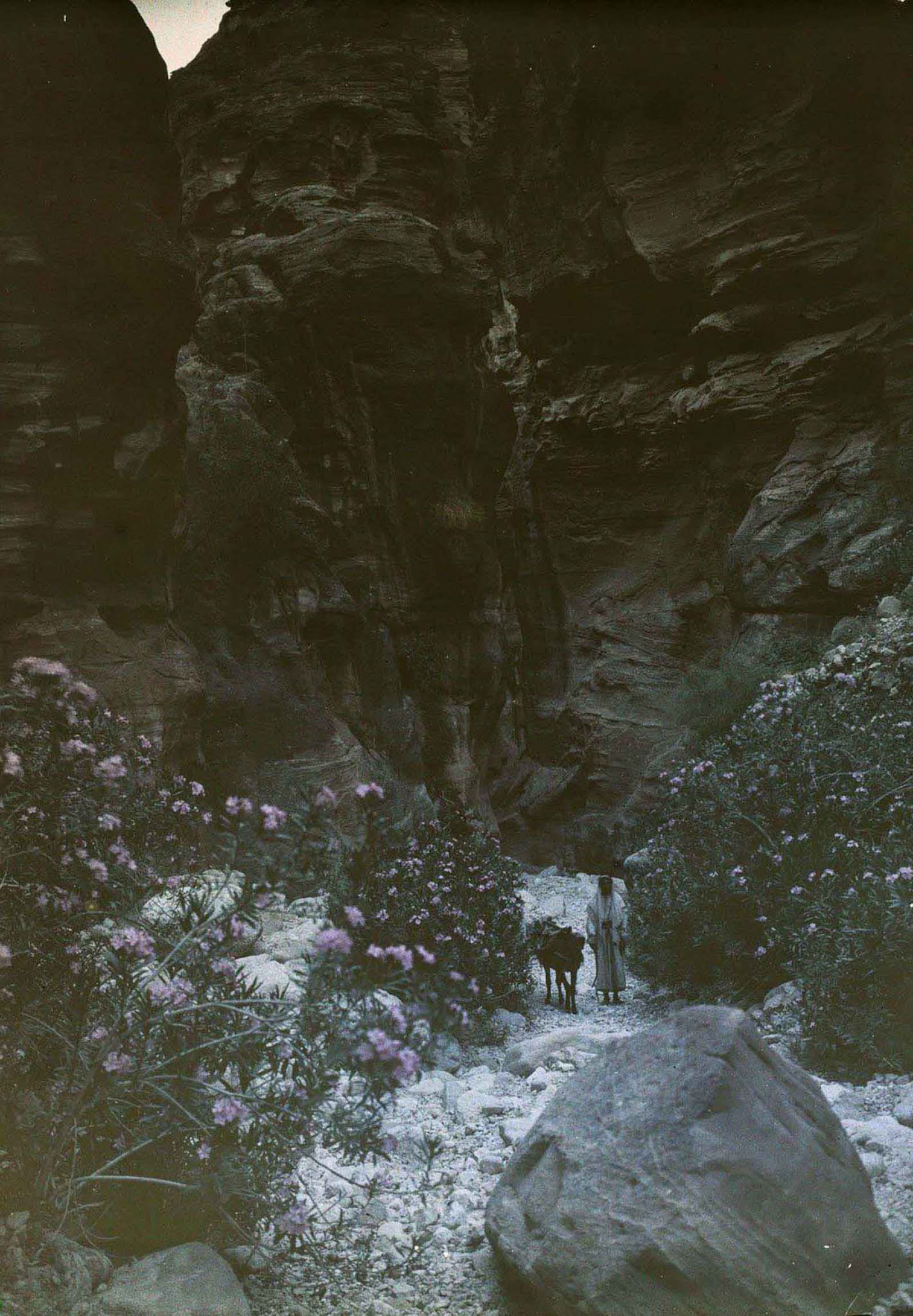 “Petra. Oleanders in the Siq.” 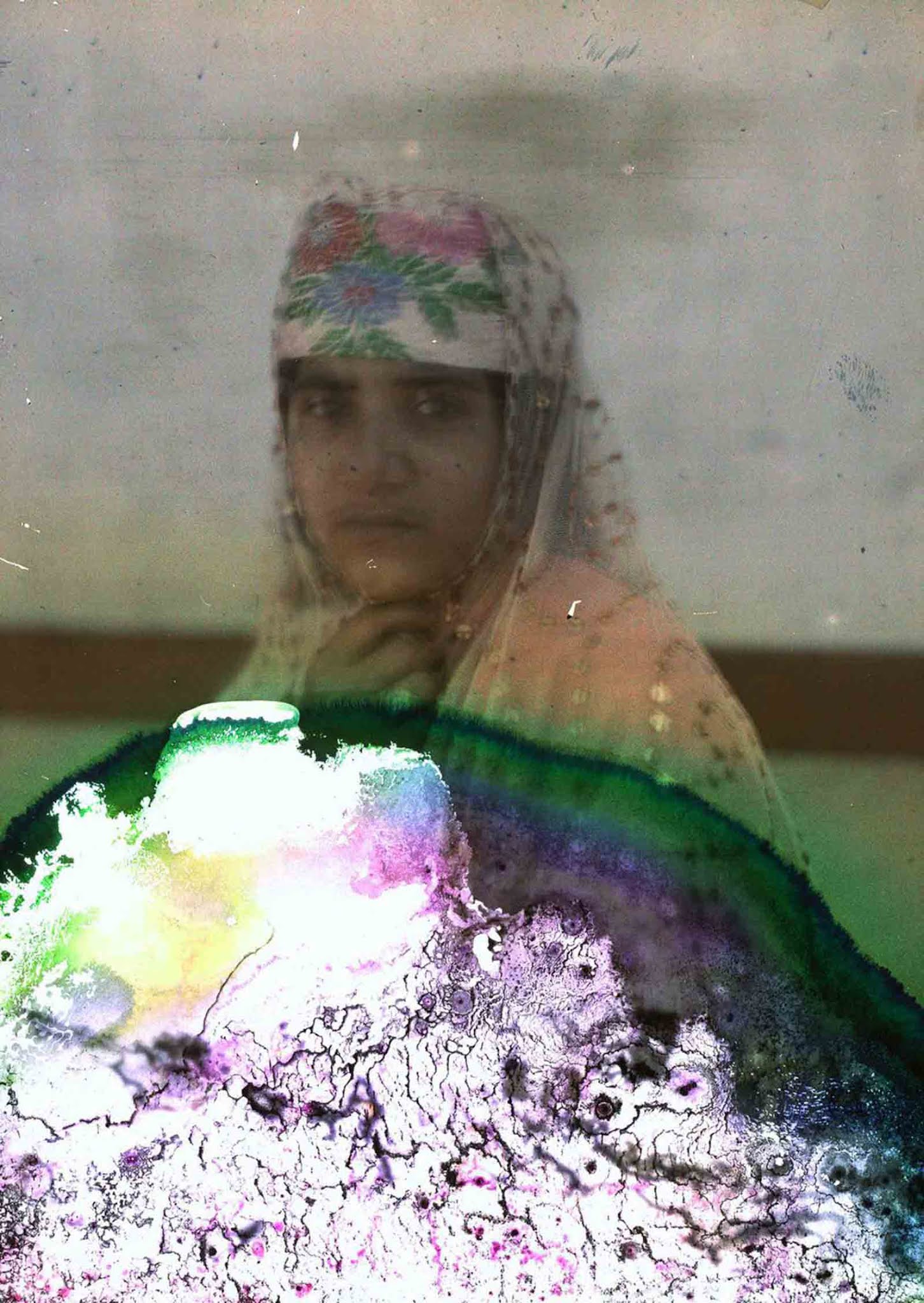 (Photo credit: Library of Congress / Article based on PETRA: The History of Jordan’s Rose City By History Titans and A Brief History of Petra by Brown University).