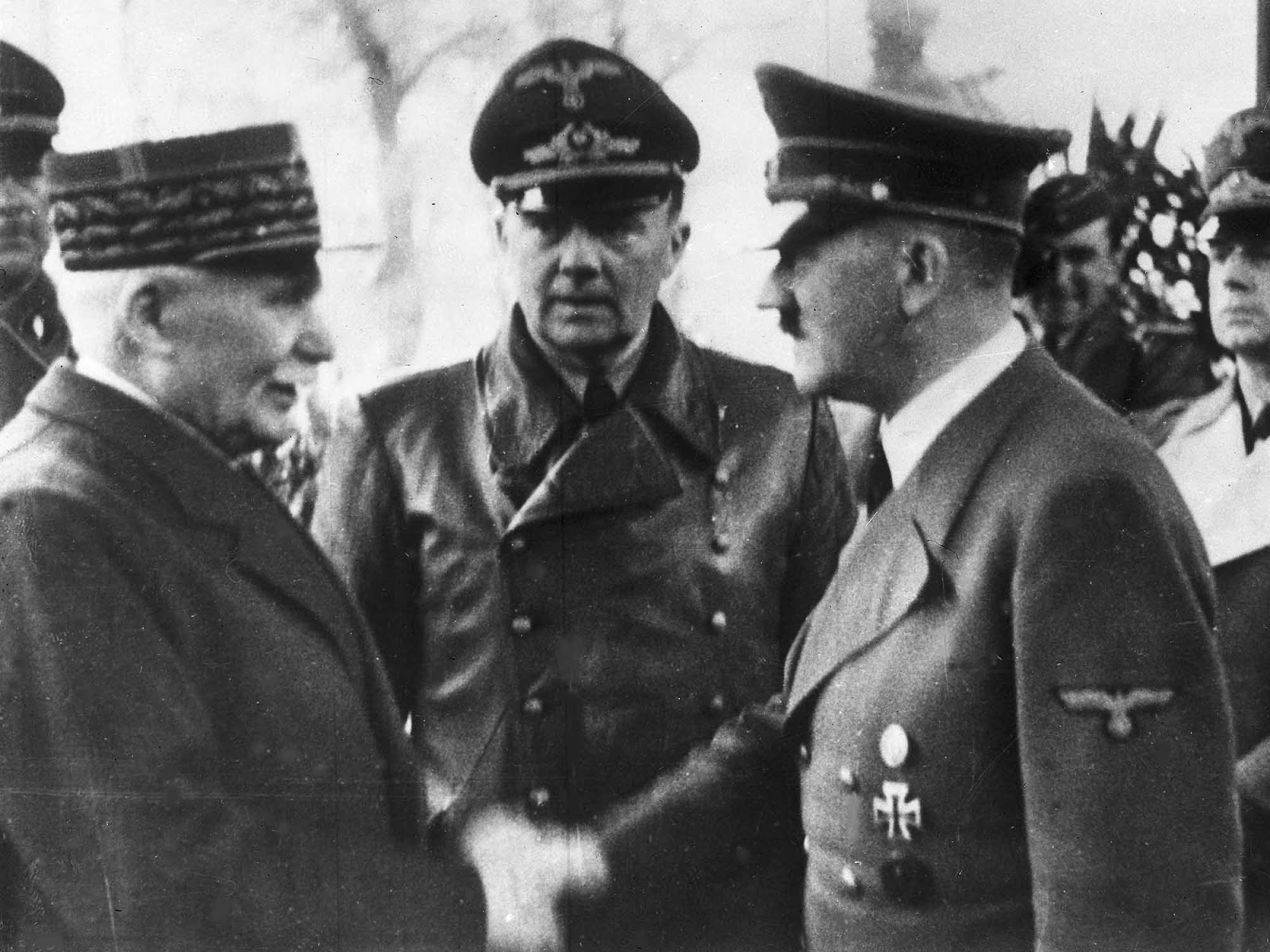 The French President Marshal Petain meets Adolf Hitler at Montoire in front of Hitler’s interpreter Paul Schmidt with Foreign Minister Ribbentrop at the side.

Few men over the last century can have experienced such a change of fortune as Philippe Pétain. During the First World War, Pétain was hailed as the ‘Saviour of Verdun’, helping the French keep the Germans at bay during the 1916 Battle of Verdun. In May 1917 he was made commander-in-chief of French forces.

Following the German invasion of France in May 1940, the well-respected eight-four-year old was asked to form a government. Seeing the French army defeated, the “Hero of Verdun” asked for an armistice.

Northern France, as dictated by the terms of the surrender, would be occupied by the Germans, whilst southern France, 40 percent of the country, would remain nominally independent with its own government based in the spa town of Vichy in central France, 200 miles south of Paris.

Pétain would be its Head of State. A small corner of south-eastern France, around Nice, was entrusted to Italian control; Italy having entered the war on 10 June. 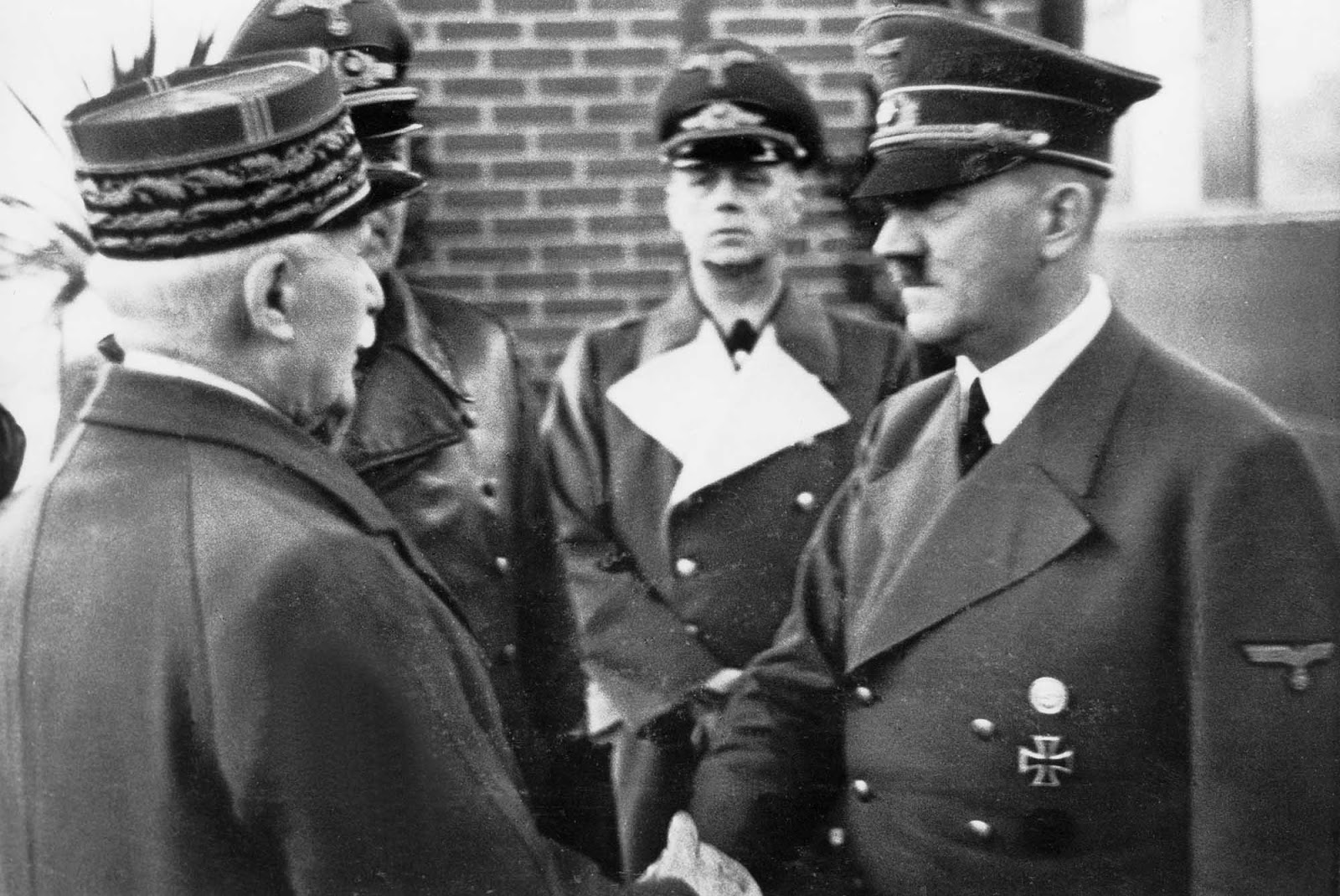 Unfortunately, the image of him shaking hands with Hitler came to represent a view that he was engaged in collaboration with the Nazis, rather than a more pragmatic co-operation. It became evidence to portray him as a traitor to France.

On October 24th, 1940 at Montoire, Philippe Pétain met Hitler, and although Pétain resisted Hitler’s demands that France should participate in the attack on Britain, photographs of the two men shaking hands were soon seen across the world – evidence of Vichy’s complicity with the Nazis and him personally as a traitor to France.

On 15 August 1945, Pétain was tried for his collaboration with the Nazis and convicted. The 89-year-old Marshal was sentenced to death by firing squad.

De Gaulle however stepped in and taking into account Pétain’s age and his First World War record, commuted Pétain’s death sentence to life imprisonment. Pétain was imprisoned, in relative luxury, on the island of Île d’Yeu, on the Atlantic coast of France. Increasingly frail, he needed constant care. He died on 23 July 1951, aged 95.

Pétain is buried in a Marine cemetery (Cimetière communal de Port-Joinville) near the prison. Calls are sometimes made to re-inter his remains in the grave prepared for him in Verdun.

In February 1973, Pétain’s coffin was stolen from the Île d’Yeu cemetery by extremists who demanded that President Georges Pompidou consent to his internment in the Douaumont cemetery among the war dead. Authorities retrieved the coffin a few days later, and Pétain was ceremoniously reburied with a Presidential wreath on his coffin, but on the Île d’Yeu as before.