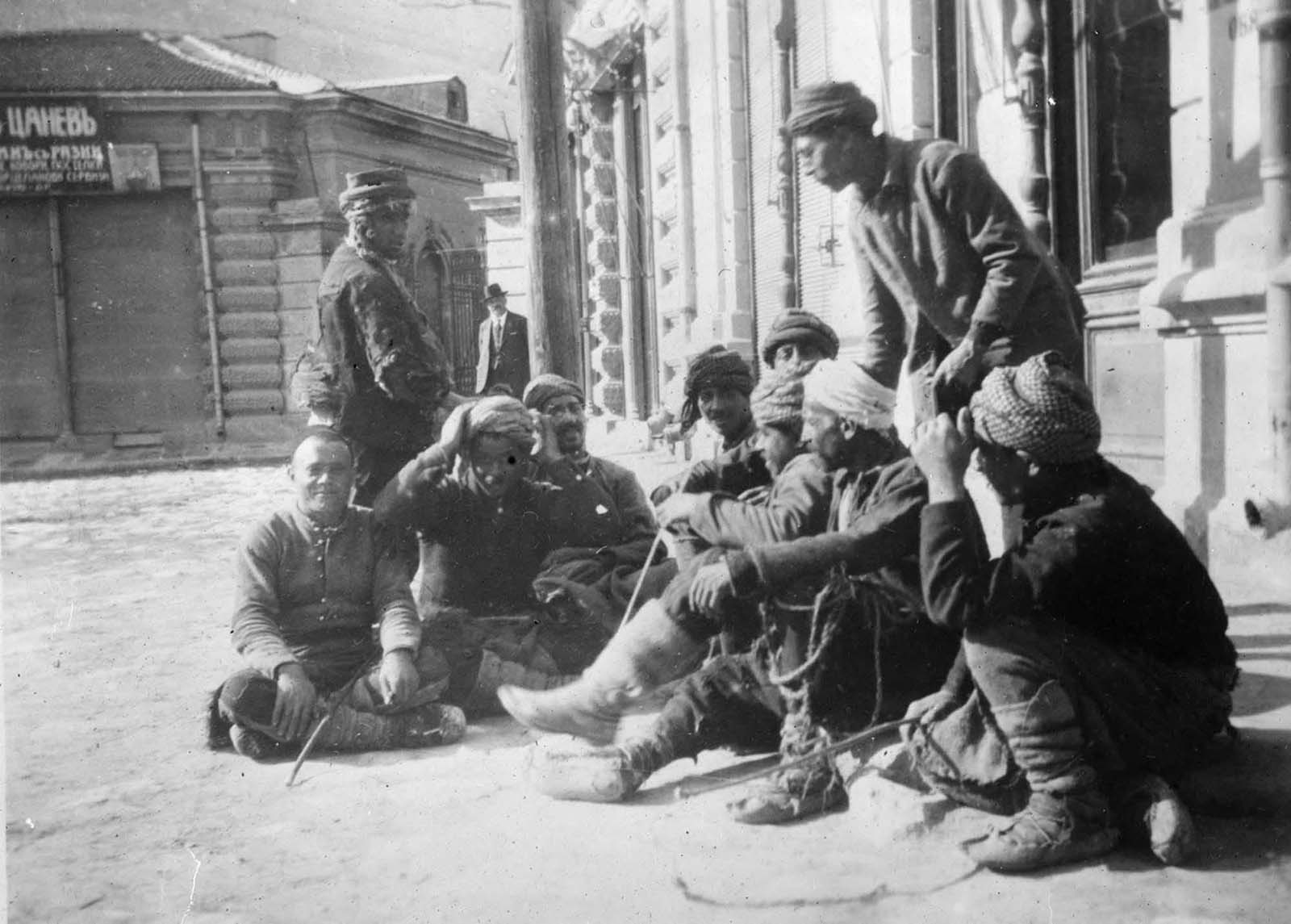 “This Is A Group Of Bulgarian Peasants Taking A Sun Bath: Sun baths are about all the Balkan people are able to take these days, when a soap shortage is a notable feature of the general economic chaos in the region.”

In 1920, the southeastern part of Europe was a miserable place. The endless wars, beginning with the First Balkan War in 1912, continuing with World War I in 1914-1918, and other ethnic conflicts, had disrupted countless lives.

The American Red Cross had been operating in the Balkans since the mid-1915 and in 1920, they sent out a photographer to travel the region and capture the everyday life of the Balkans during some of its darkest moments. We’ve collected a few pictures in this article accompanied by the original captions and edited them for clarity.

The war had enormous repercussions for the Balkan peninsula. People across the area suffered serious economic dislocation, and the mass mobilization resulted in severe casualties. In less-developed areas World War I was felt in different ways: requisitioning of draft animals, for example, caused severe problems in villages that were already suffering from the enlistment of young men, and many recently created trade connections were ruined.

The borders of many states were completely redrawn, and the new Kingdom of Serbs, Croats, and Slovenes, later Yugoslavia, was created. Both Austria-Hungary and the Ottoman Empire were formally dissolved. 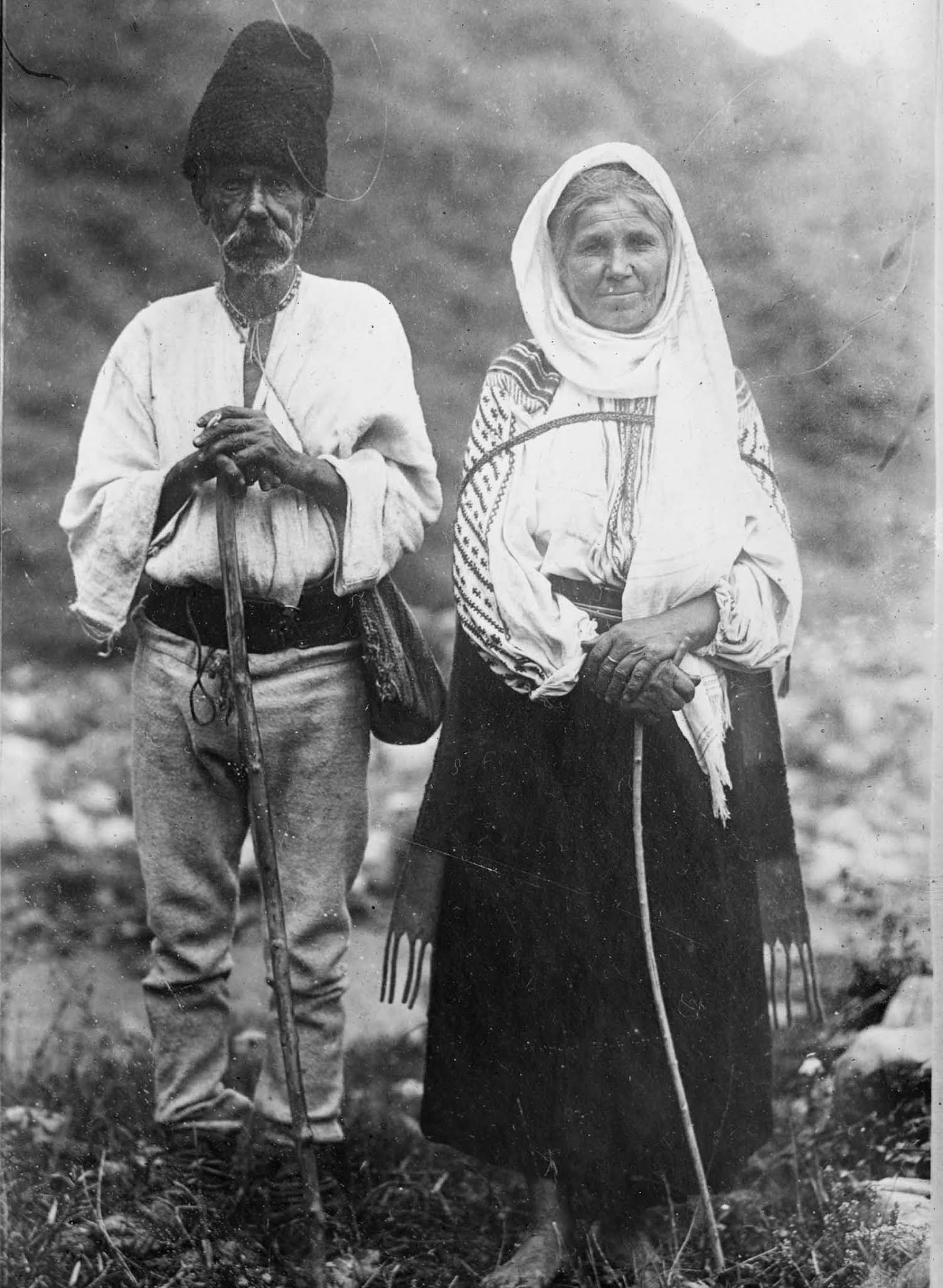 “The Old Folks At Home: This is the type of people that stand for all that is best in Romanian life. They are peasants of a great rolling grain country and have worked on the soil since childhood. It is this type of Balkan people to whom the [Red Cross] aid was extended.” 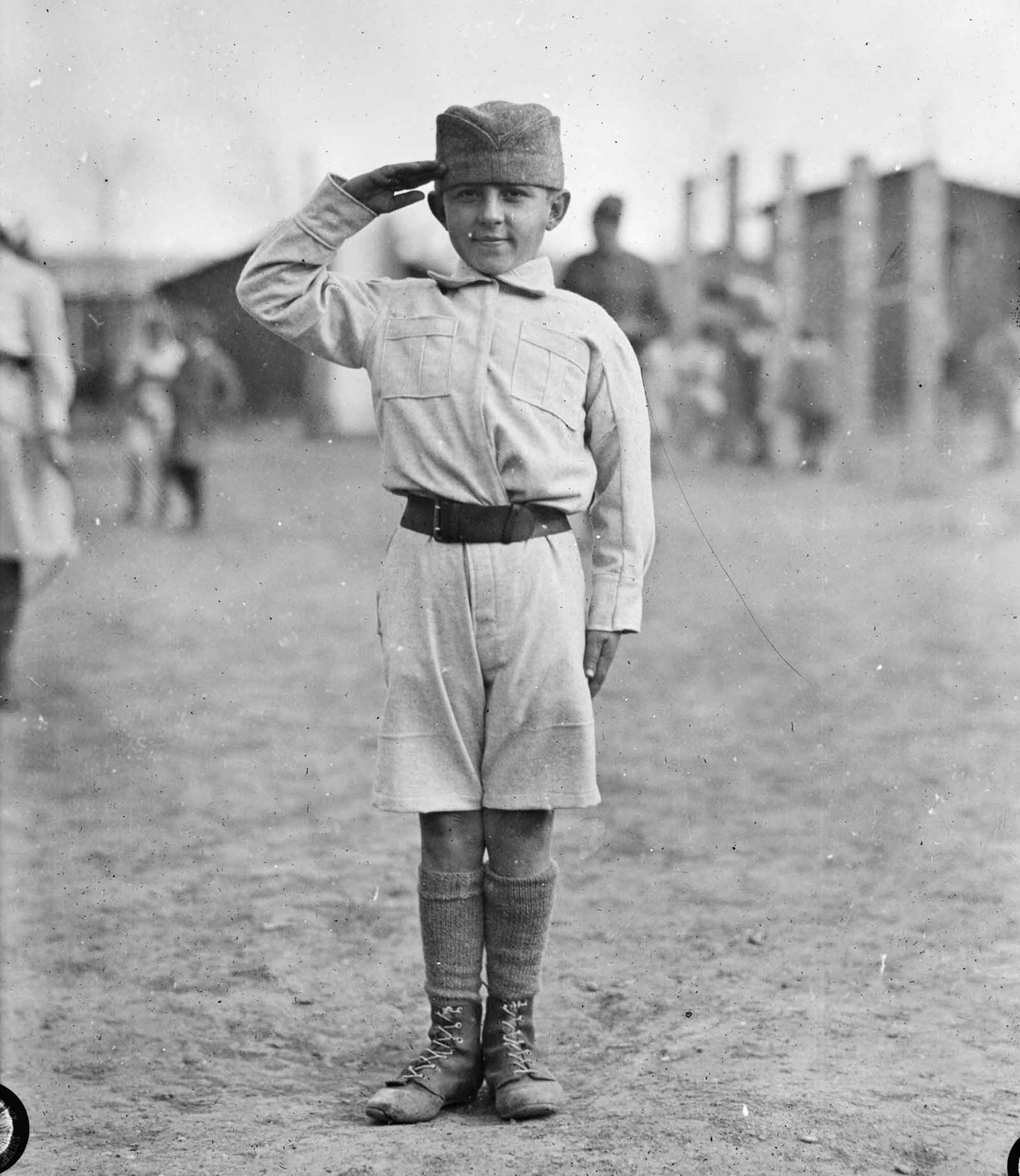 “Serbian Boy Scout: This bright youngster of the Balkans belongs to the orphanage of Belgrade, the Serbian capital, one of the numerous institutions of its kind receiving the attention of the Junior Red Cross. The Serbian orphans have seen Americans almost since the first days of the war and have come to regard them as part of their lives. Most of the boys belong to the Boy Scouts, modeled on the lines of the American and English scouts.” 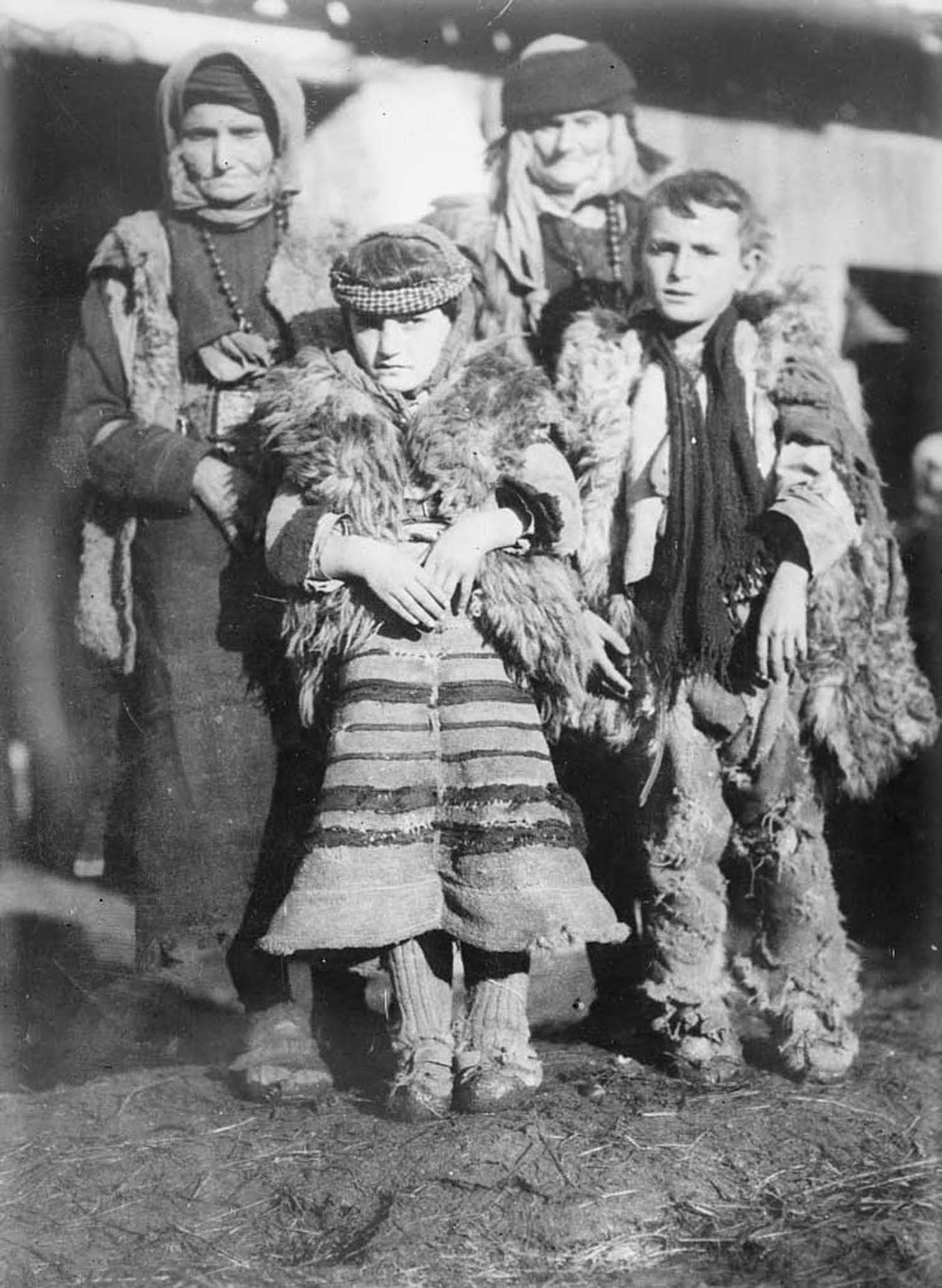 “Dressed in their Sunday best. This Albanian family dressed in their Sunday best in order to pose for a picture. The two bright-looking children in the picture have never been permitted to go to school because they and thousands of others like them have not enough clothes. The Junior Red Cross of America stands for the “rights” of childhood in this little Balkan country. Through its special cleansing and delousing, process children reduced by their rags and poverty to the social level of mountain animals are made fit candidates for a little readin’, writin’, and ‘rithmetic.” 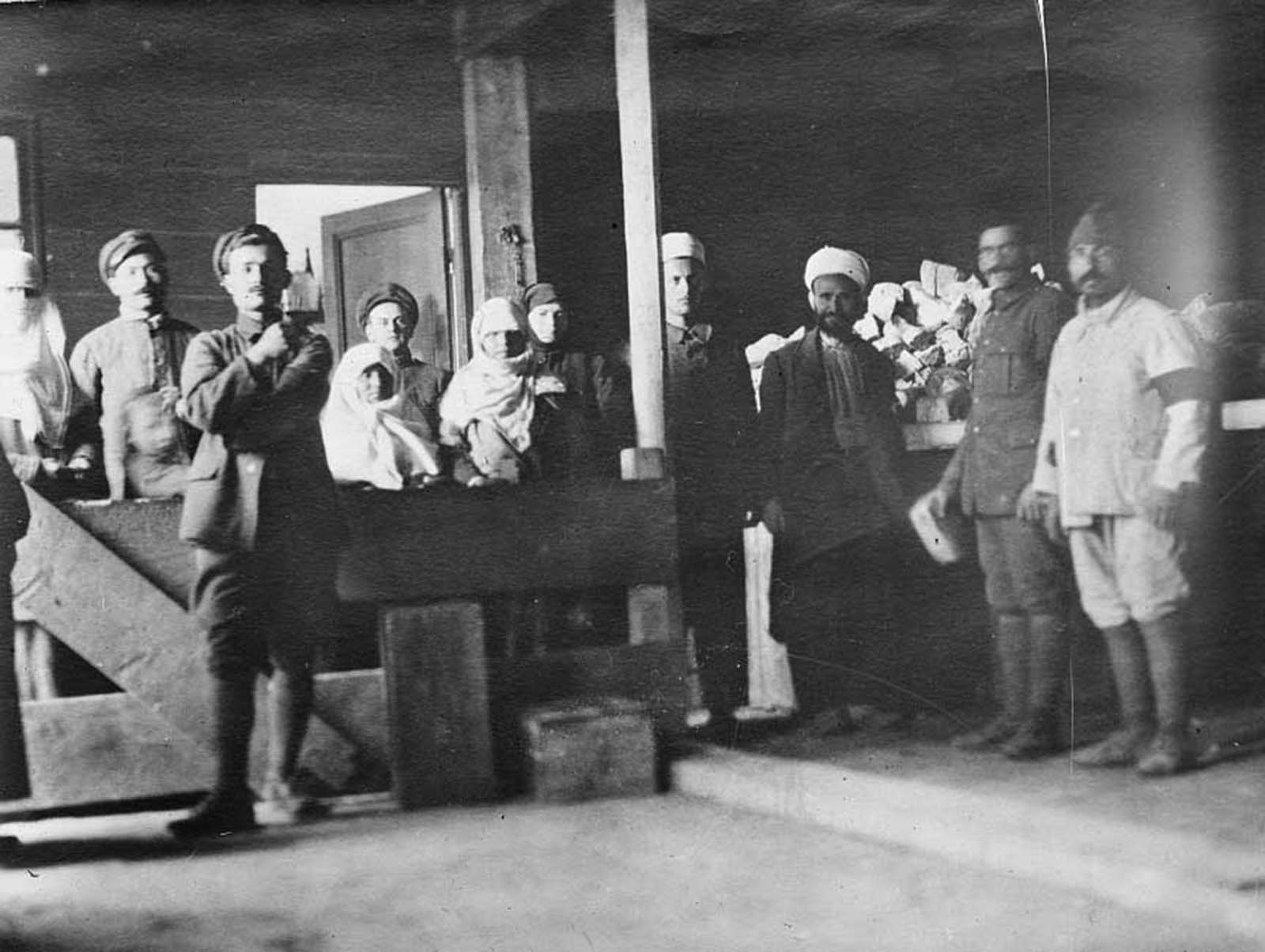 “American bread for Greeks. At the American Red Cross relief station in Kavalla with Christians, Mohammedans and Jews lined up for a bread ration. The Red Cross took over an old Turkish tobacco warehouse at Kavalla for its station.” 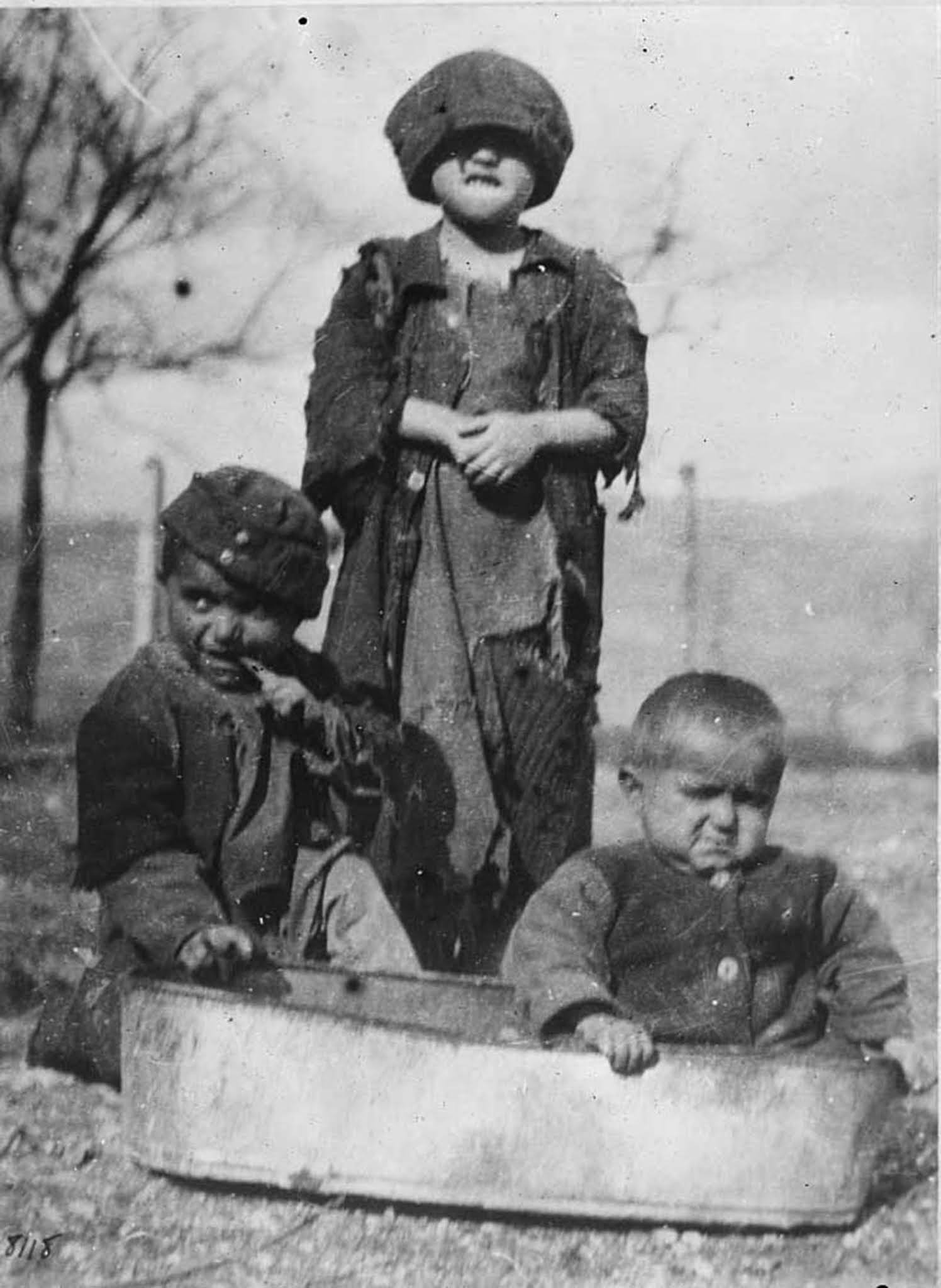 “Where coffins are used as toys. Three refugee waifs of Kavalla, Greece, picked up by American Red Cross workers, were found playing with this tin coffin which was originally destined as a metal shroud for one of the thousands of typhus victims in this town of misery. They were living from one refugee family to another, picking up scraps of food from place to place. Their present address is a comfortable Red Cross orphanage in Serbia.” 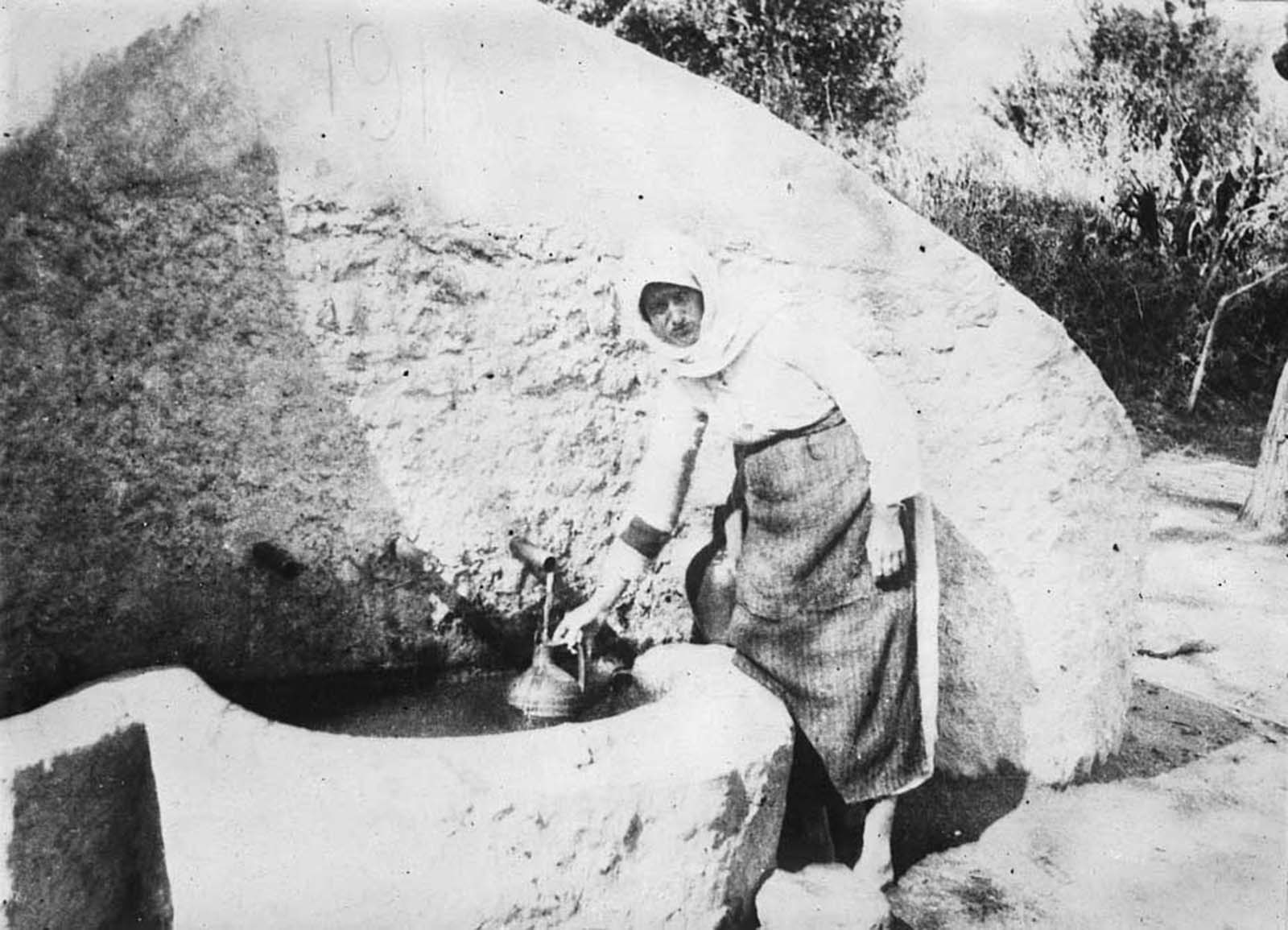 “A typical scene on the Serbo-Greek frontier. It shows a Macedonian girl filling the family water pitcher at the public fountain. This is a common source of water supply to the inhabitants of Macedonia. American Red Cross doctors believe that much disease is caused by the unsanitary water supplies of the Balkans.” 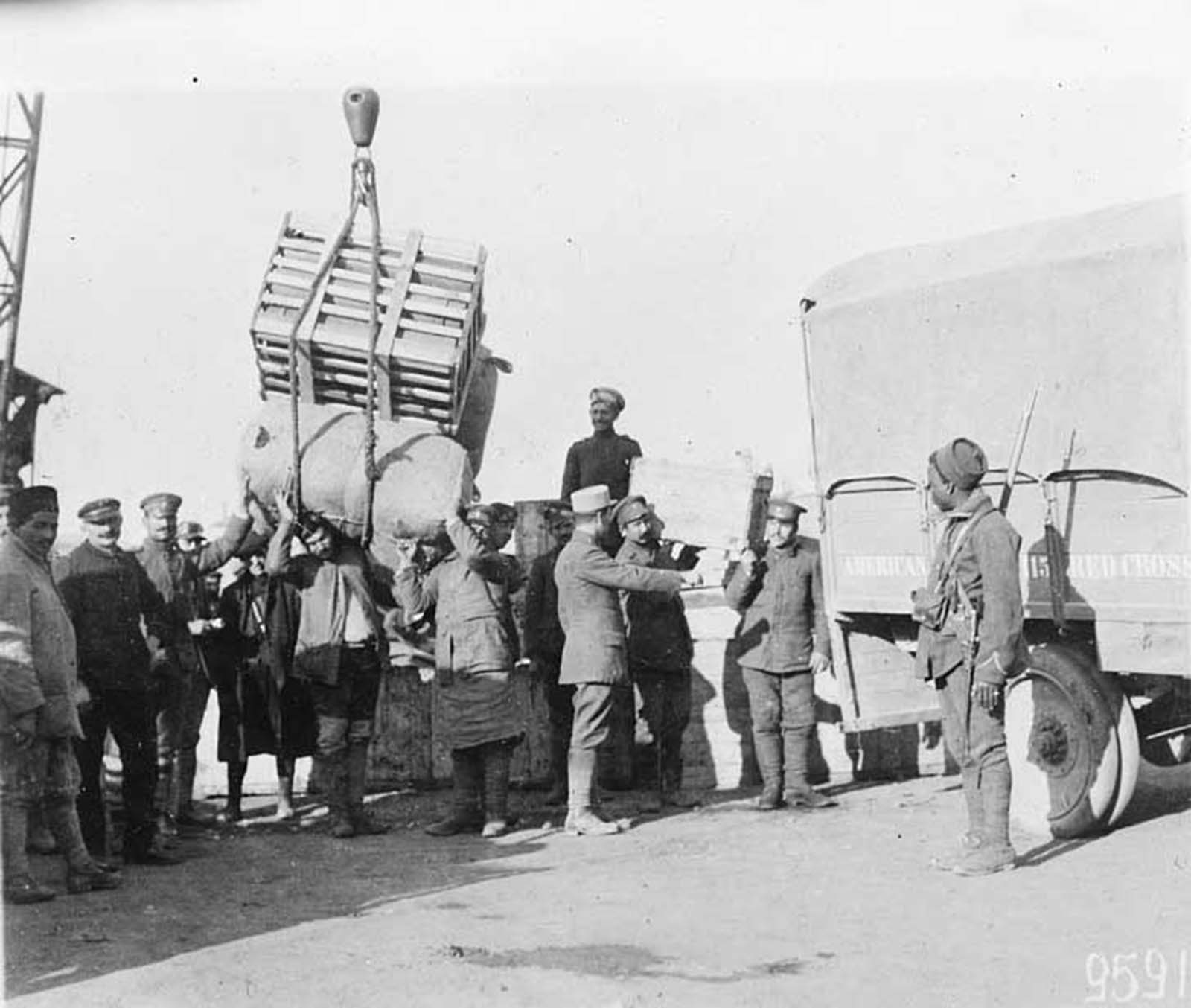 “Bulgarian prisoners unloading American Red Cross supplies at Salonica, en route to Serbia from a French boat, the ‘Rigel’, onto a French quay (in Macedonian Greece) using Italian made trucks. Not Sengalese guard. Some melting pot. 2300 boxes of food and heavy machinery, 123 tons of it. Salonica is the center of the Serbian Red Cross Commission. There are 7 warehouses there.” 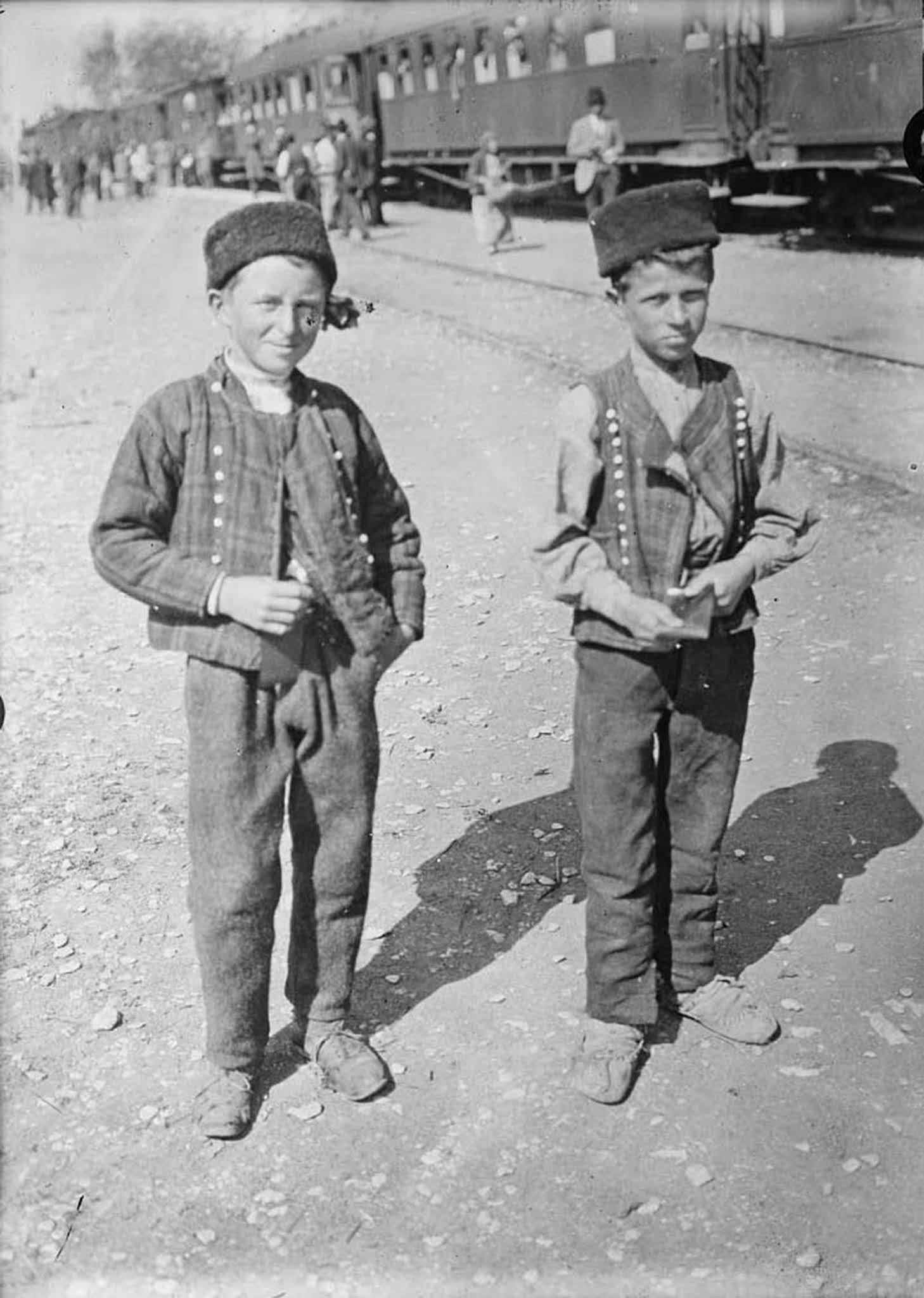 “Bulgarian boys. Here are two youngsters of Bulgaria who came to the railway station at Varna to greet the arrival of the American Red Cross train with Russian refugees from the Black Sea ports.” 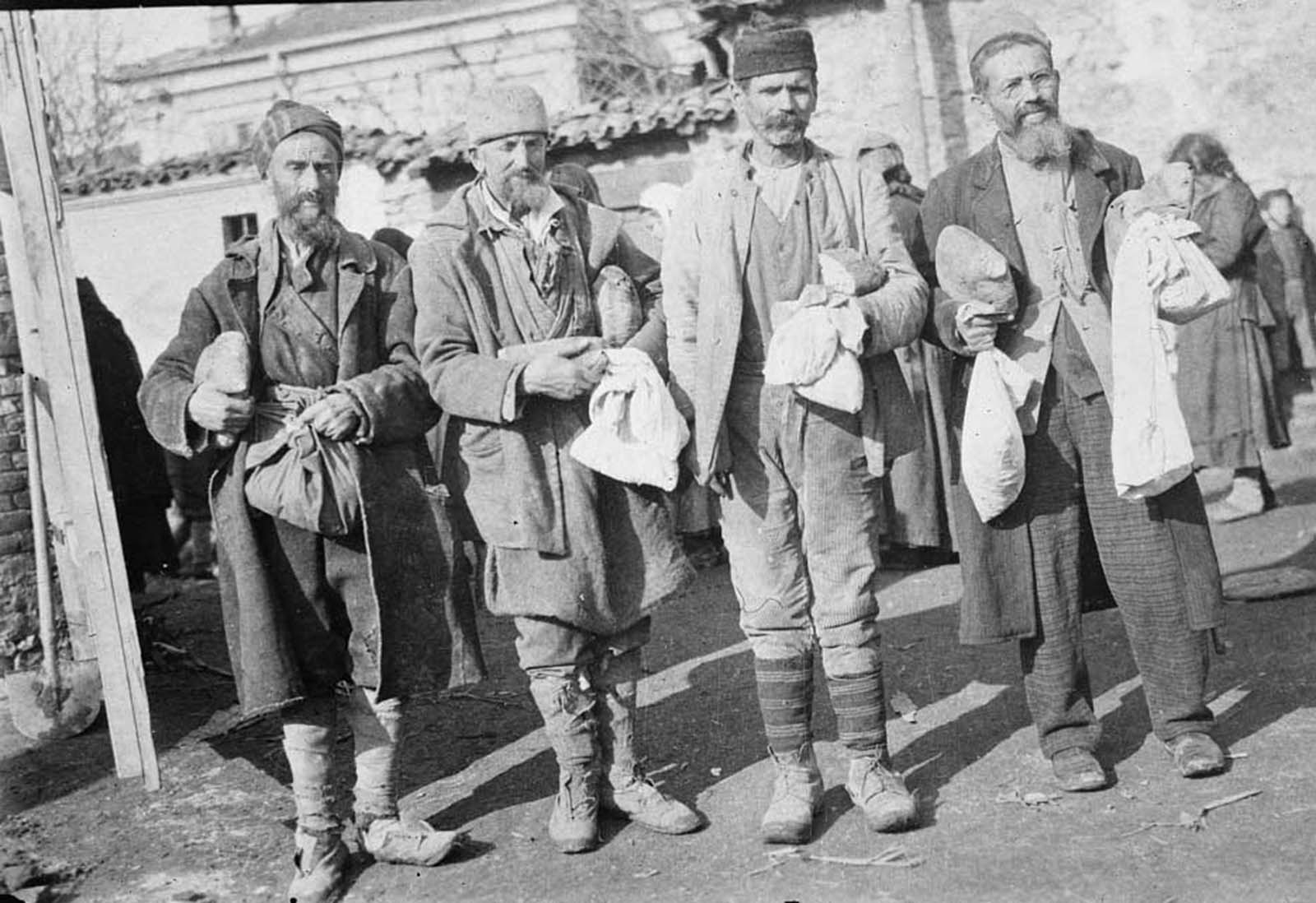 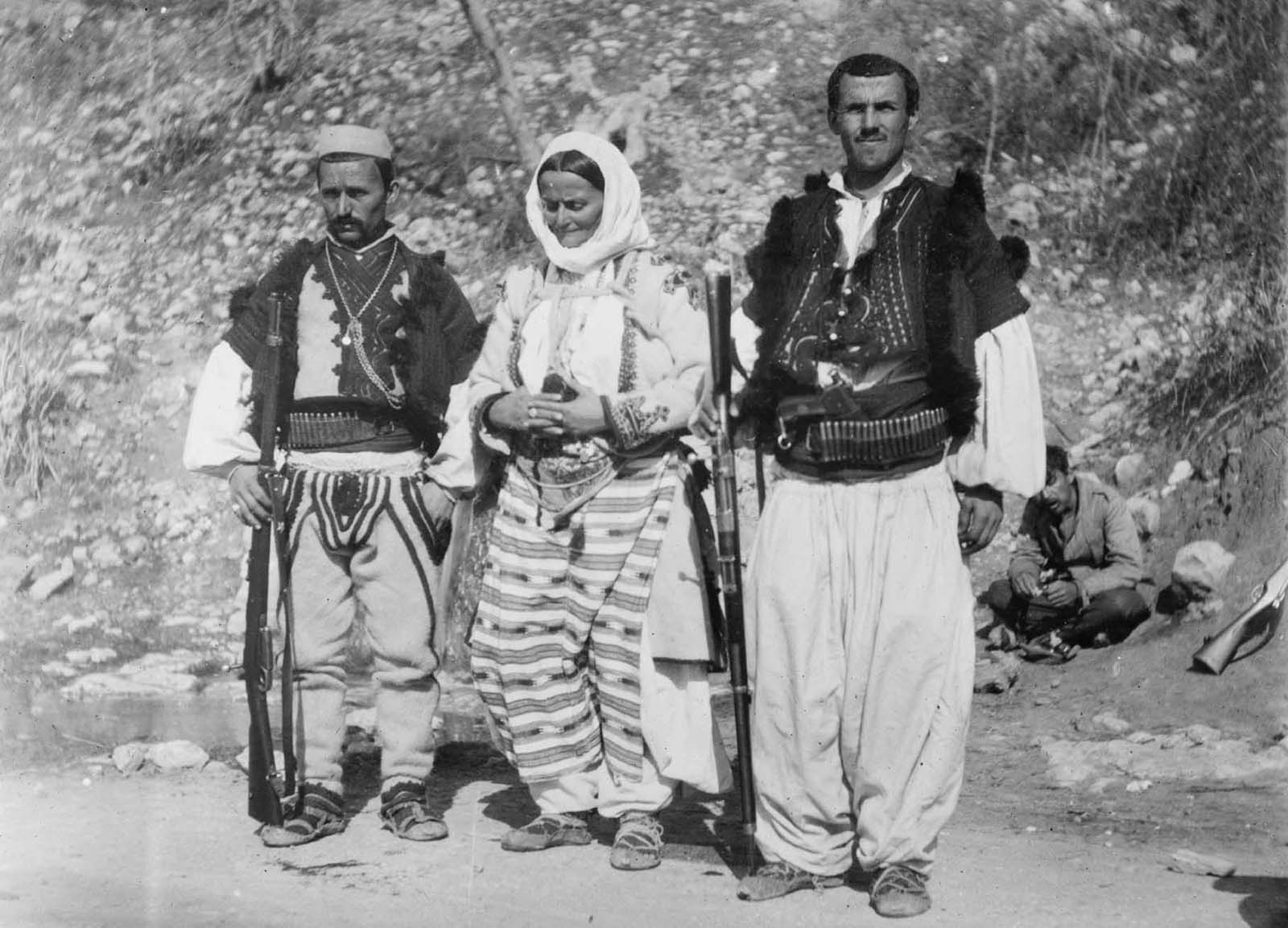 “Albanians In Their Own Land: Although Albanians are considered the world’s greatest ‘gun toters’ they are not at heart as warlike as the indiscriminate brigands they are frequently reputed to be…. Although women frequently carry guns it is generally known that the Albanians’ regard for the sacredness of his womankind is such that anyone accompanied by a woman may go wherever he chooses and be entirely left alone.” 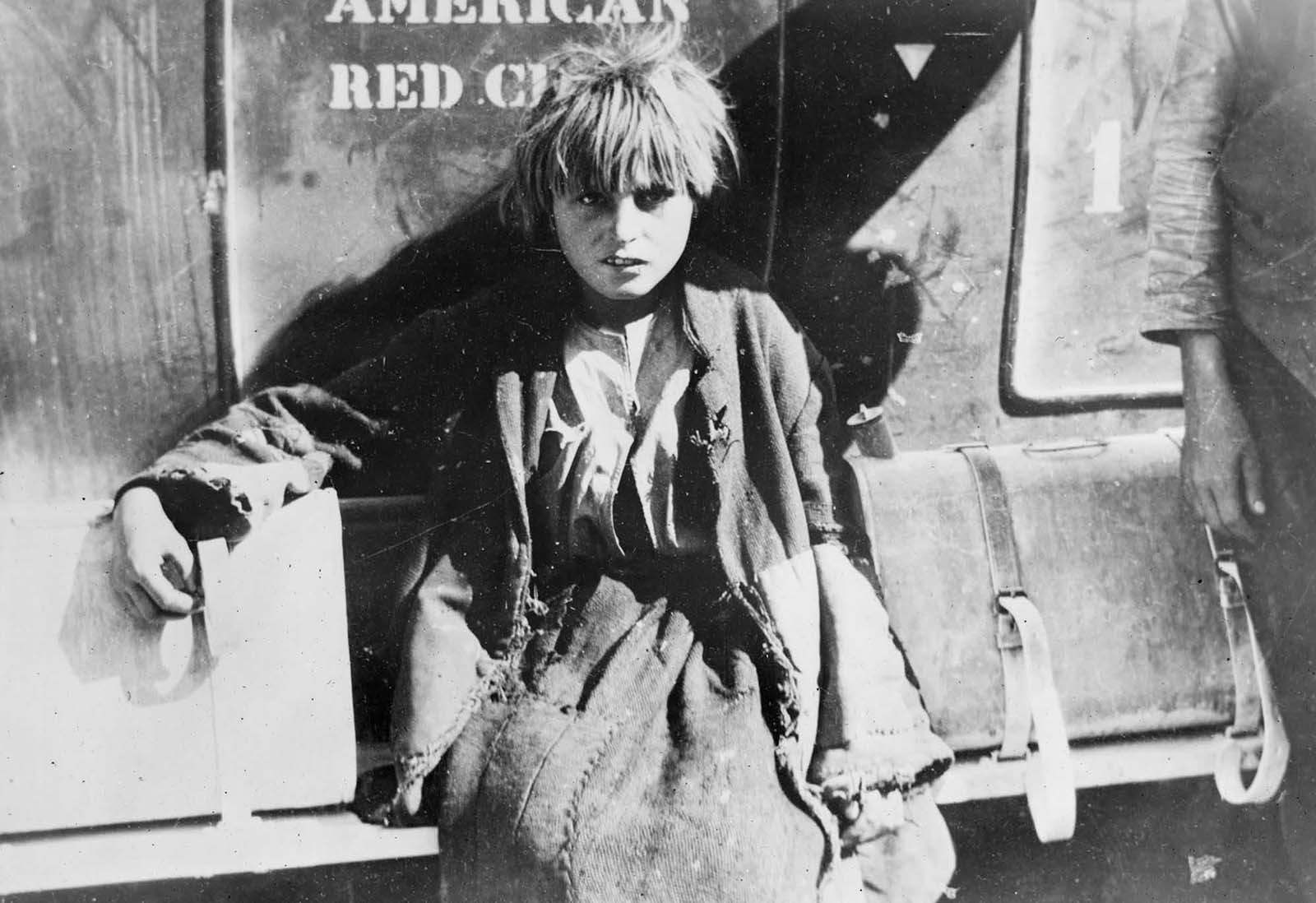 “A Little Blonde-Haired Montenegrin Waif Picked Up On The Road: The little girl lost her parents during the war and had been begging by day and living with 31 other waifs in a cave near Podgorica. She was placed in the [Red Cross] school at Cetinje. The rags she wears in the photo were exchanged for warm American clothes. She is now getting regular meals, living insanitary surroundings, and learning the three “R’s” (reading, writing, and arithmetic).” 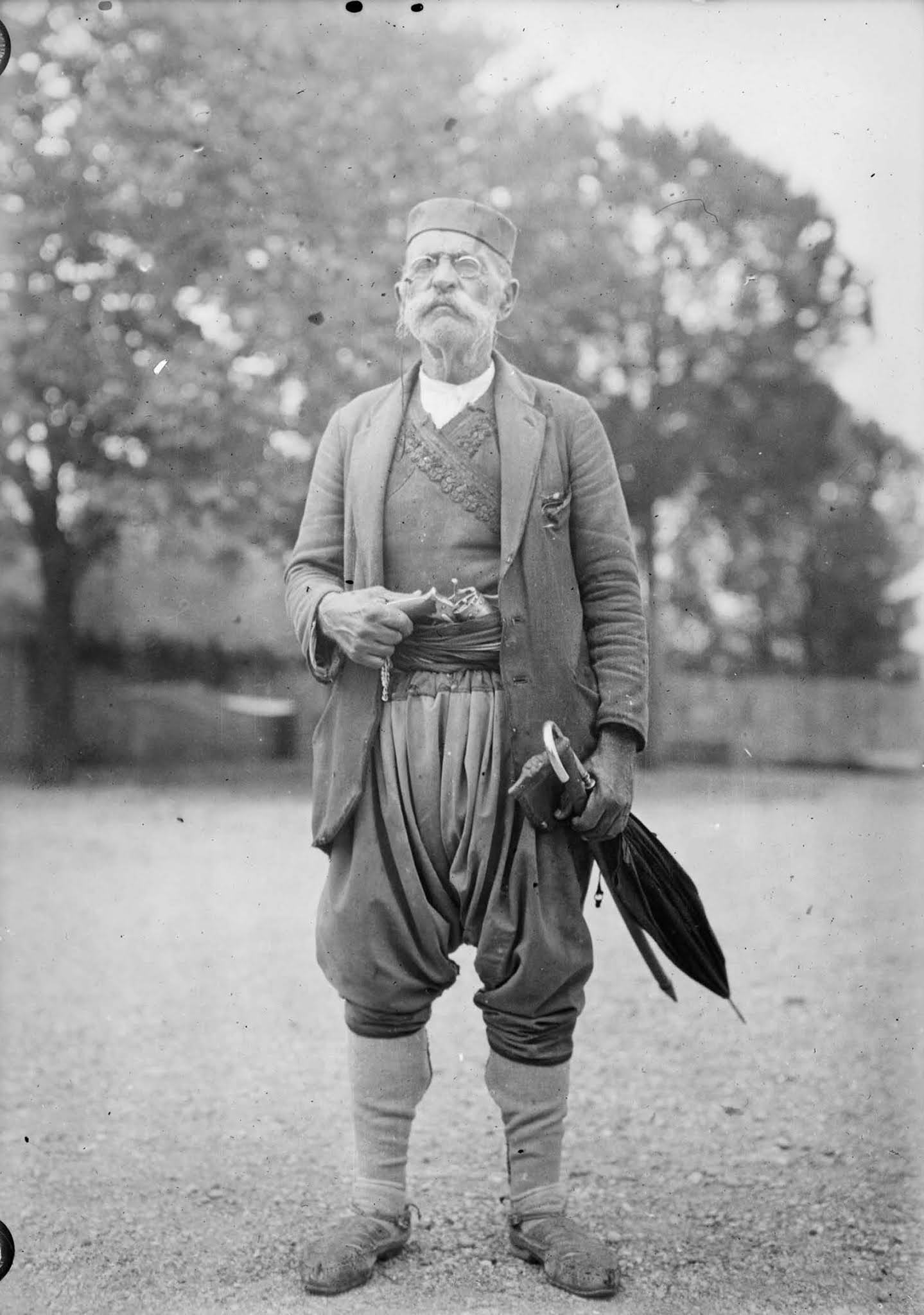 “A Fine Type Of The Old Montenegrin Whose Bravery And Strong National Spirit Is A Byword In Eastern Europe: They are known as the tigers of the Balkans because they still have a country despite conquests by half a dozen stronger nations. He is dressed in his Sunday best for a visit to his son who is a patient at the [Red Cross] hospital in Podgorica. Men of his stamp are not dependent upon the law to protect them, as the revolver [stuffed into his waistband] and bayonet indicate.” 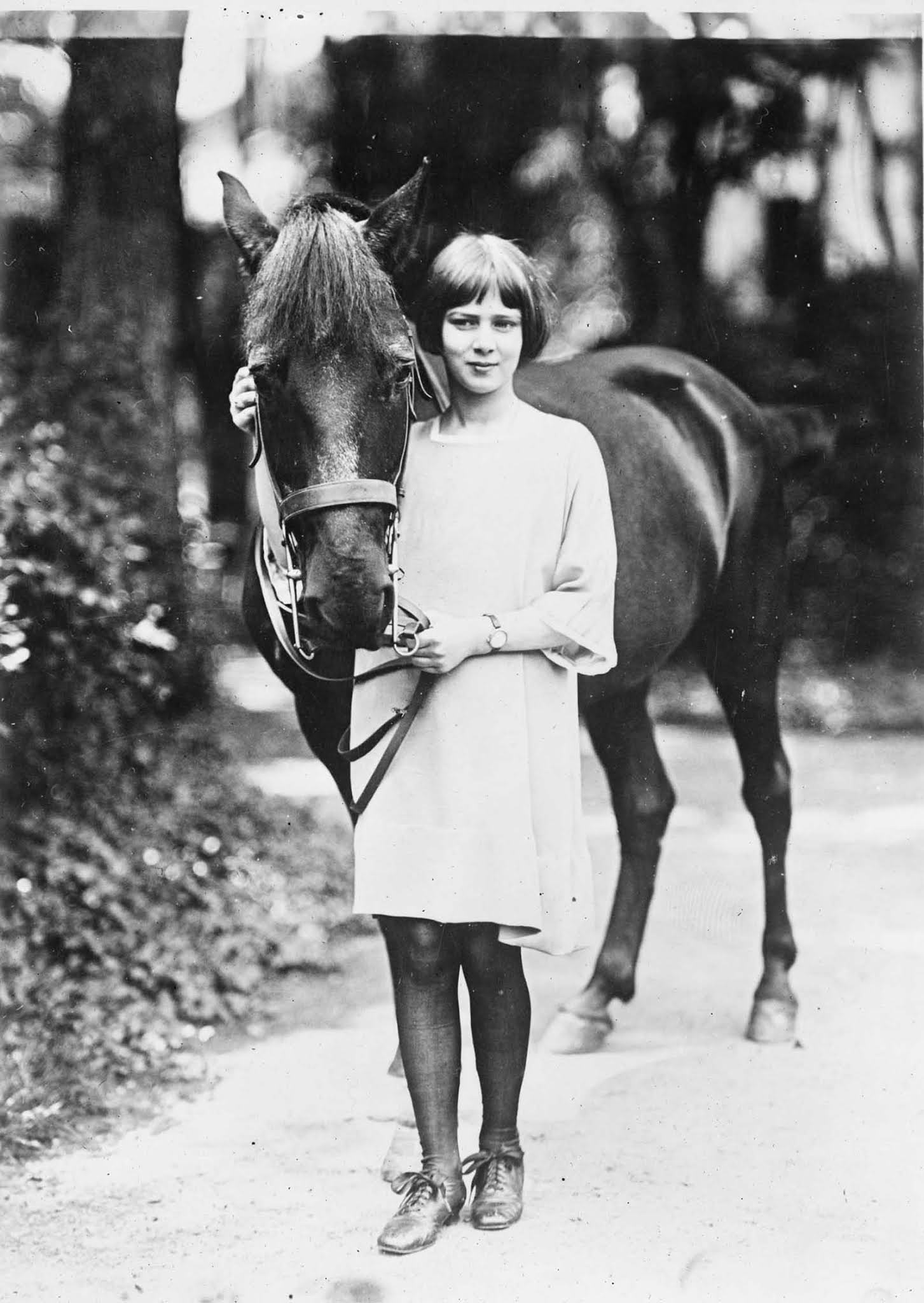 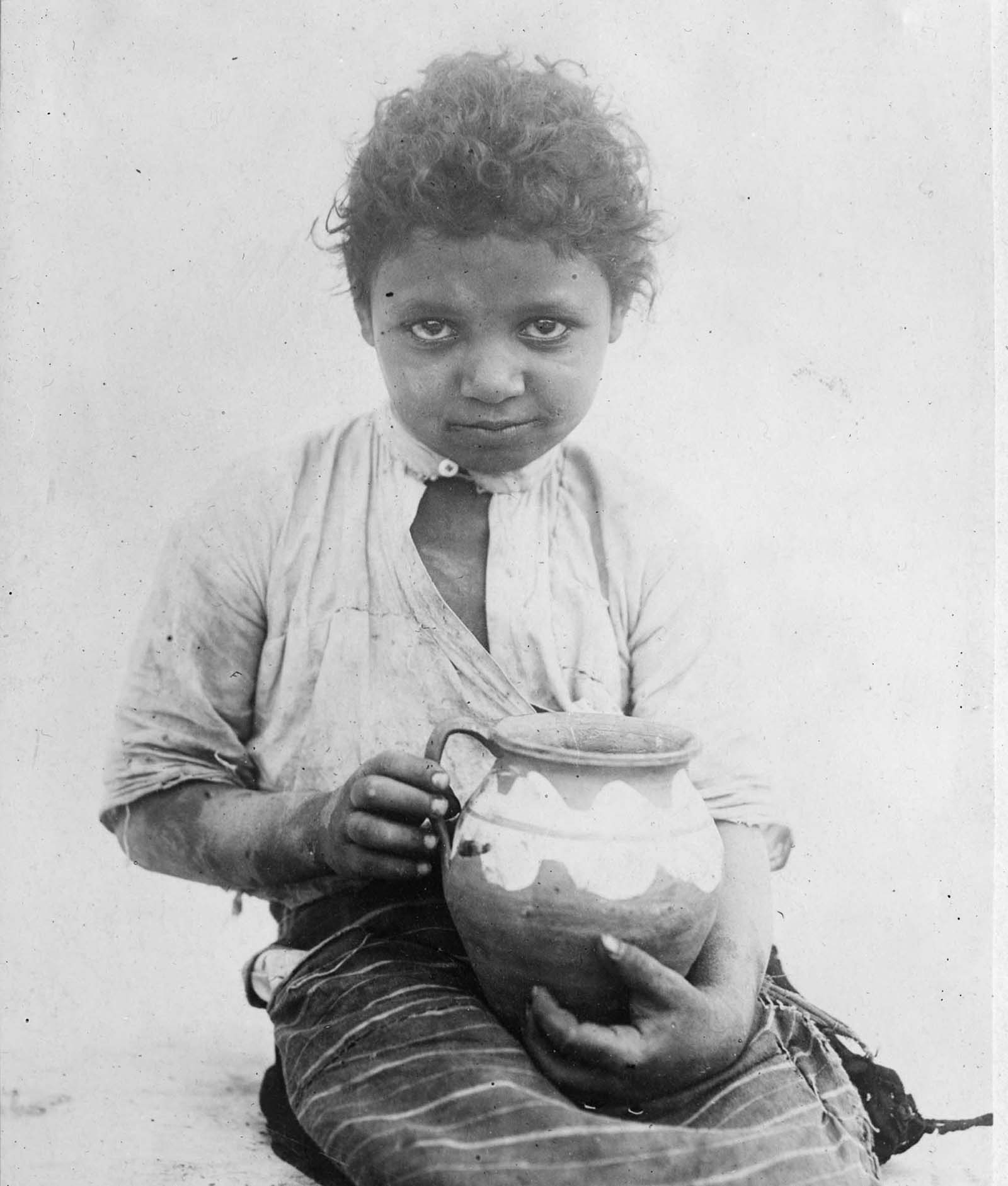 “A Typical Gypsy Girl In The Balkans: In this part of the world gypsies are found in large numbers. During the recent fight against contagious diseases, these wandering families have been a great problem for the [Red Cross] doctors. This little girl was snapped while selling pottery on the street.” 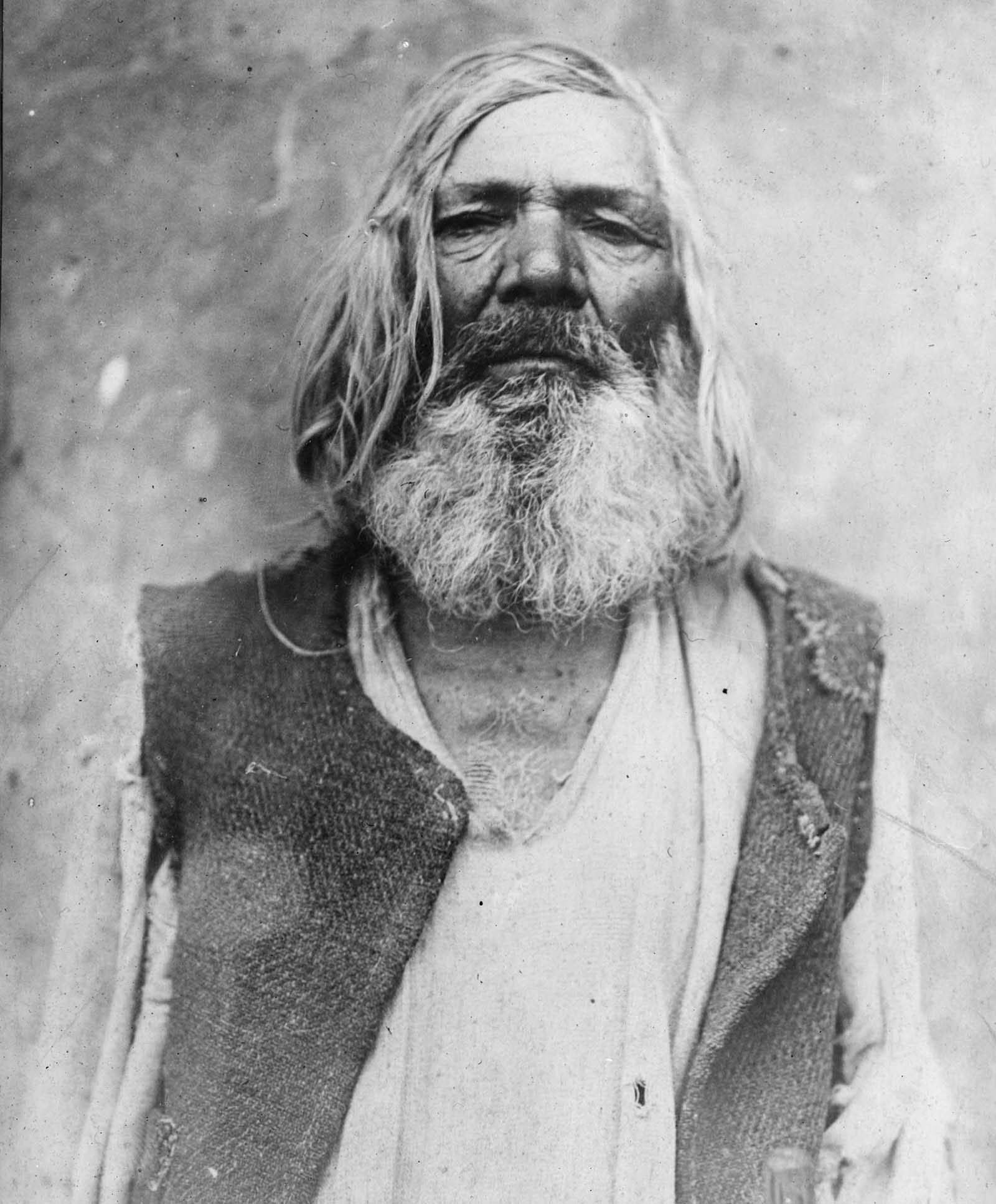 “Barbers Mean Nothing In Life: A horny-handed son of the Balkan soil. He has lived the allotted three score and 10 years and then some. And despite the vicissitudes that have swept Romania, he still believes in the future of his country and the goodness of his God. He was a patient in the [Red Cross] hospital but refused to remain if his hair was cut. It is a 50-year growth and he wouldn’t part with it.” 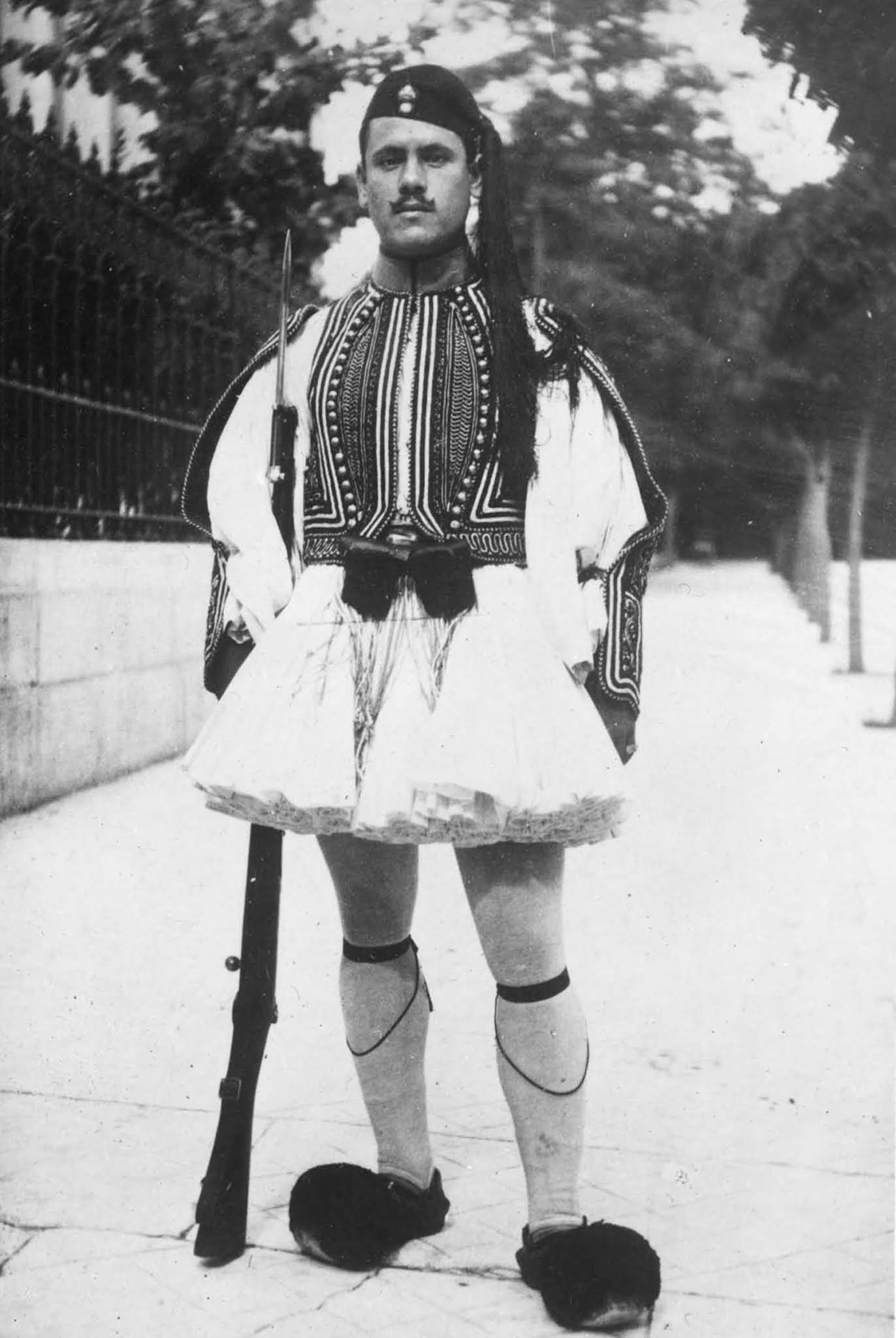 “Greek Army Flower In Bloom: The flower of the Greek Army is the Evzones, or Royal Guard, made up of men specifically selected for their ability to wear these particular clothes. In the Balkan military stylebook, this costume is officially known as the ‘modified Albanian.’ This picture was taken of the guard assigned to the [Red Cross] headquarters in Athens. Incidentally, he is the man who sped from the Royal Palace one day to summon a Red Cross doctor to treat the king, who had been severely bitten by a dog.” 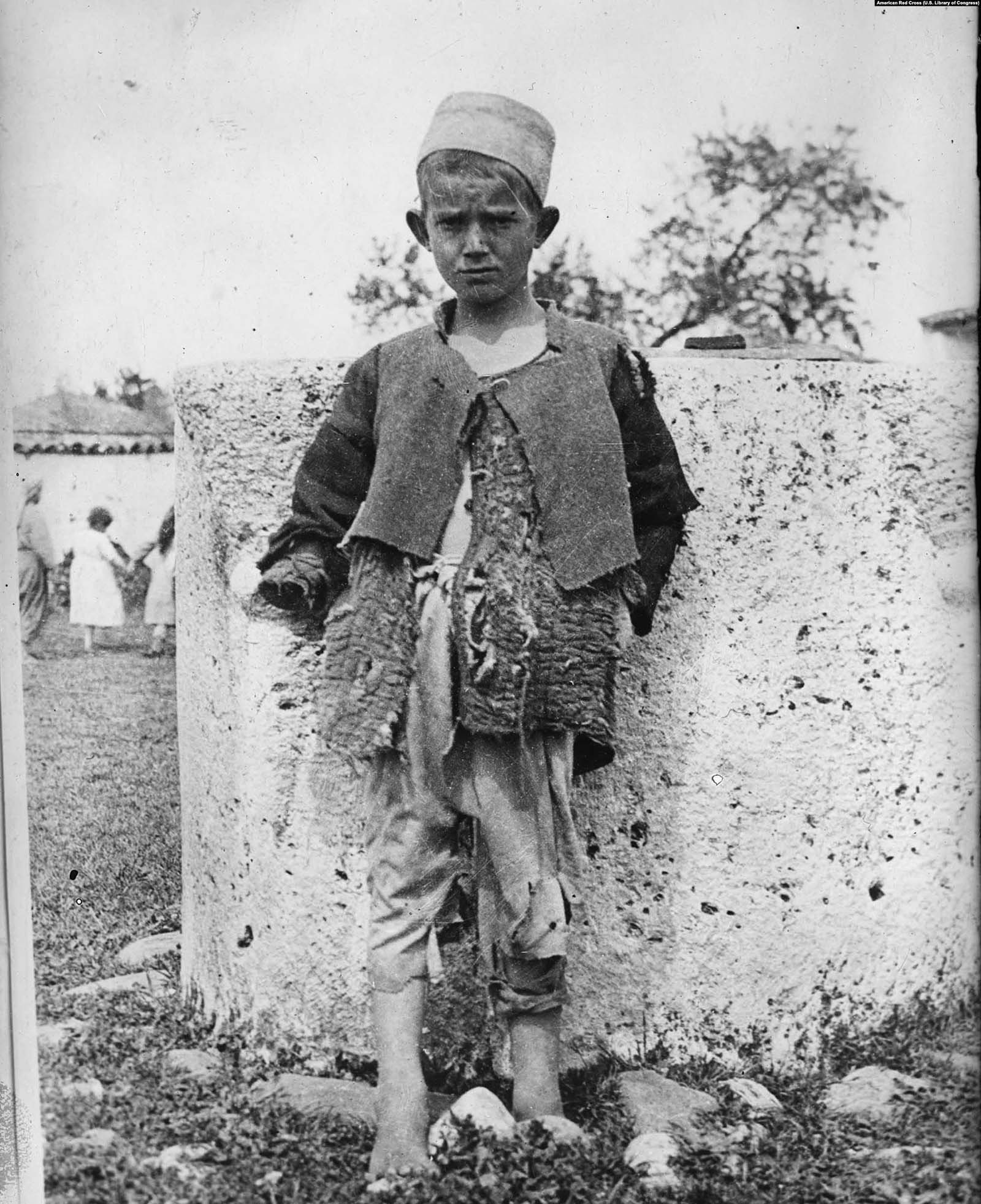 “War Veteran At The Age Of 12: This boy was [5 years old] when he lost his arm in the Balkan War of 1912. That year he appeared in the town of Tirana with one arm a stump; a refugee from a fighting area in the hills some miles away. The Balkan villagers took pity on him when they found him fighting with the street dogs for scraps of food. When the Junior Red Cross came to Tirana they found a home for the youngster, who is now 12 years of age and a veteran of two wars.” 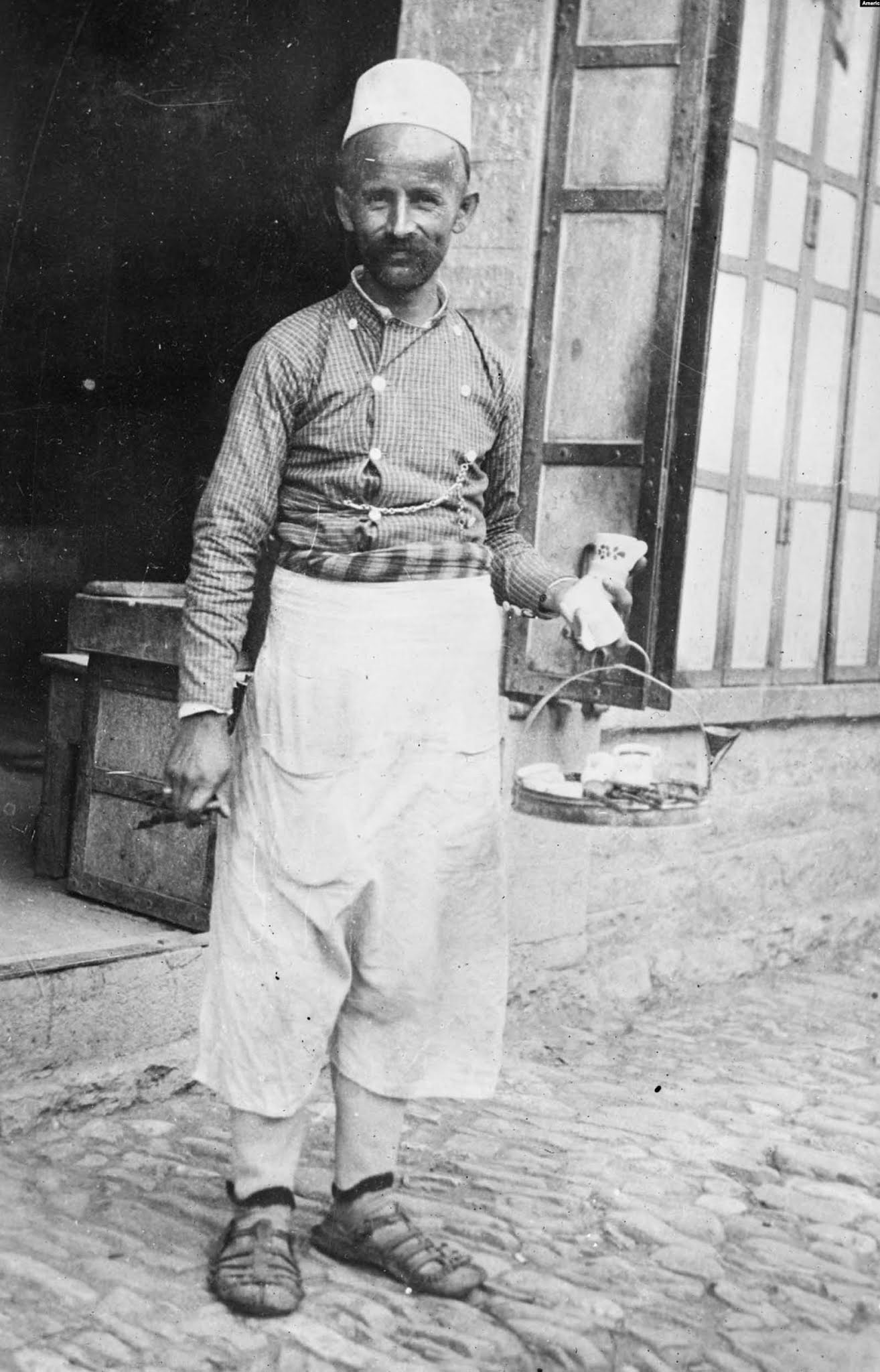 “No Need Of ‘Dry’ Campaigning Here: The national beverage of Albania and all other Balkan countries, where the influence of the Turk has been predominant for many years, is coffee. Little wine or liquor is used. So strongly has the taste for coffee been developed that it is hawked on the streets. This shows one of the typical coffee vendors in Tirana, announcing his coming by scraping a tuning fork along the walls. He dispenses a thick, fragrant liquor for one cent a cup. But all business is so bad in the Balkans today that even these popular merchants have been forced to appeal for aid to the [Red Cross]. This particular ‘coffee man’ is wearing trousers made from pajamas presented [to] him by the Red Cross.” 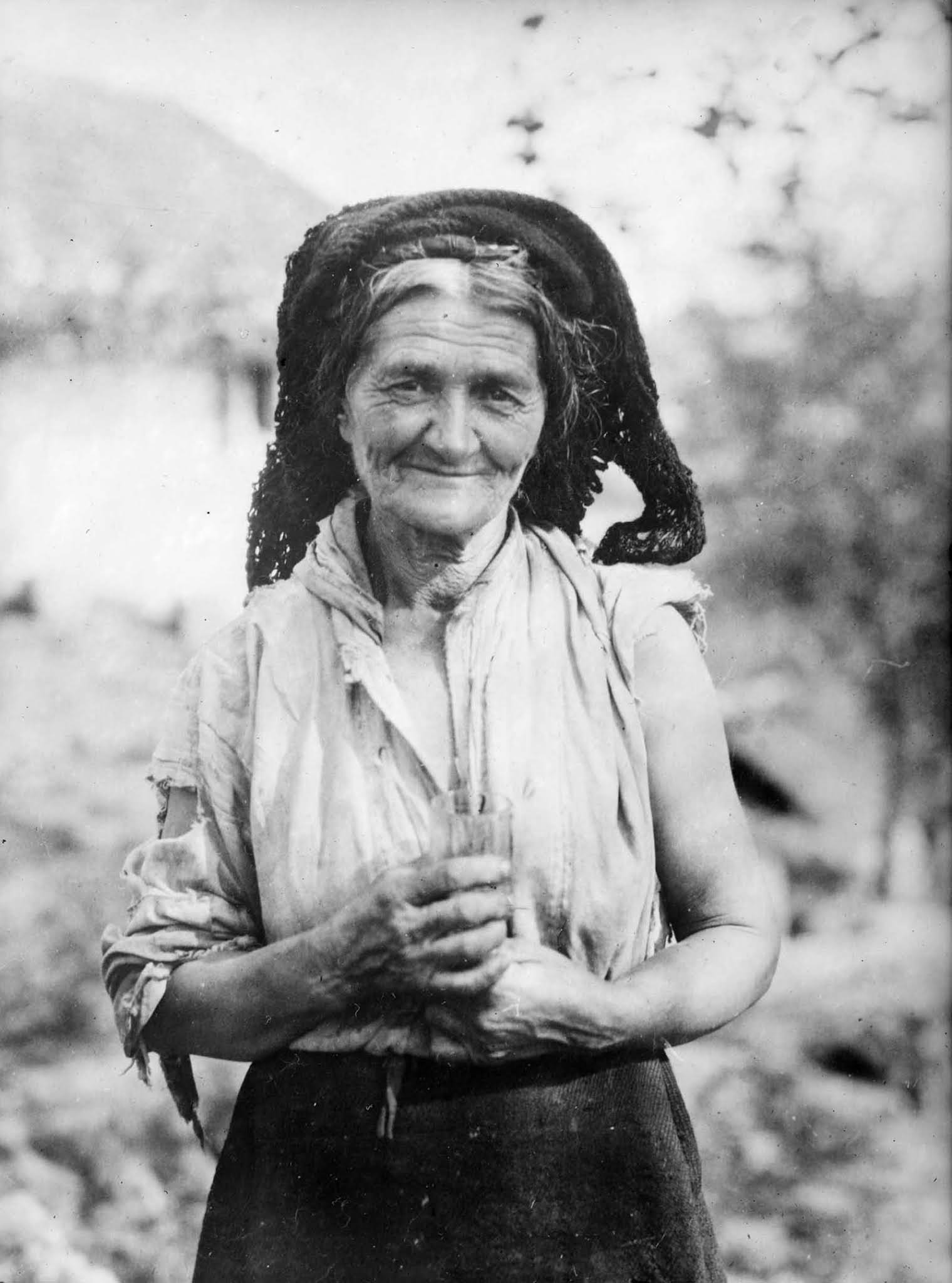 “Courtesy And Poverty: An aged peasant woman of Montenegro, who was so pleased with having her picture taken that she insisted on bringing out the jug of homemade wine for her visitors. Courtesy is an inbred trait with these destitute mountain people of the Balkans. For every effort that the [Red Cross] puts forth on their behalf, they give something in return, a bouquet of flowers, a few eggs, or some trinket. Refusal to accept means keen disappointment to them. It is the custom of their country to return every favor in one way or another.”