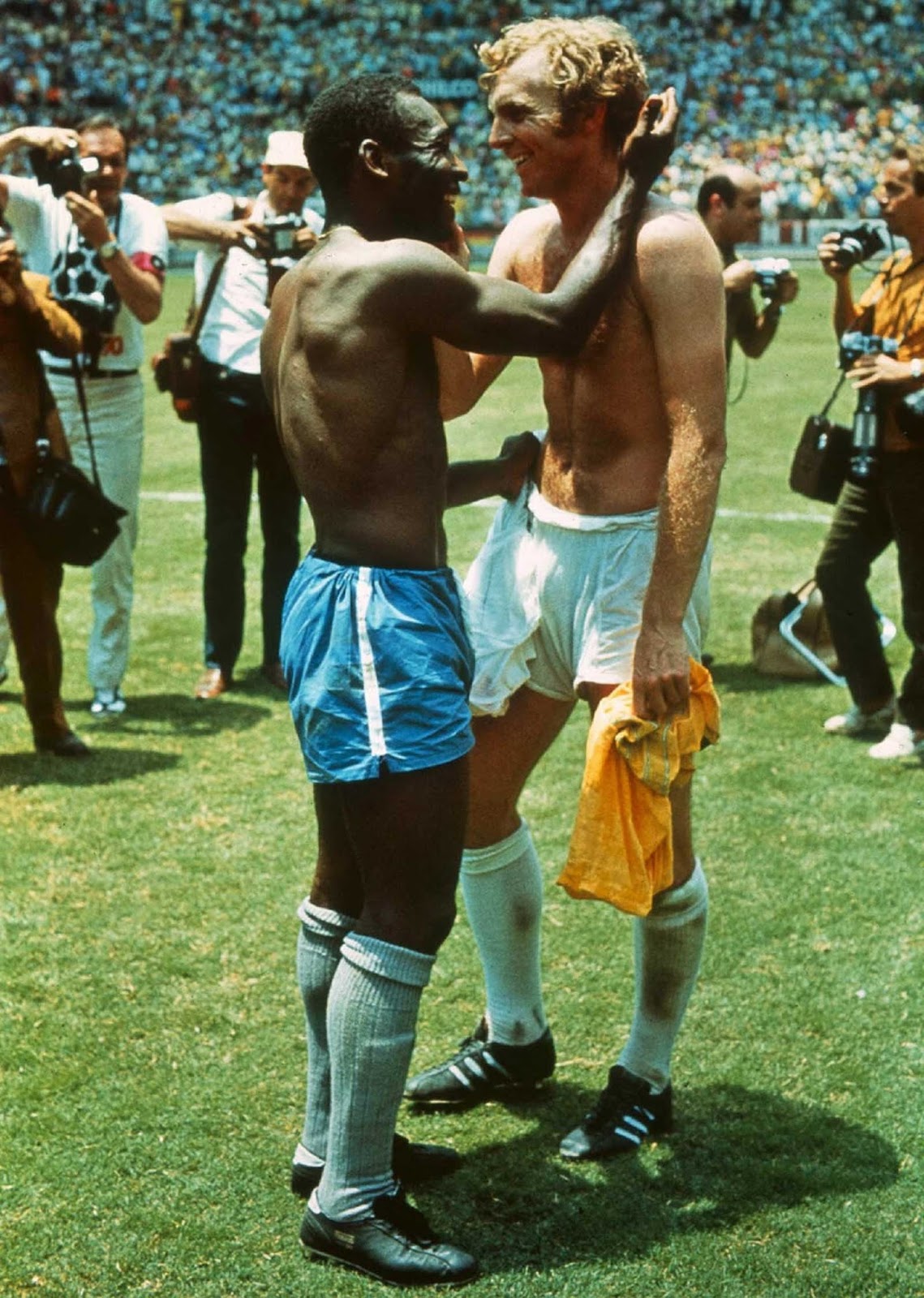 Brazil beat England 1-0 in the group stages, the game featuring a number of personal battles between Moore and Brazilian superstar Pele. This exchange between the two after the match says it all about their mutual respect.

This picture was taken during the 1970 World Cup in Mexico, where England, the 1966 champion, lost the trophy. Brazil won the match, 1-0, in Guadalajara and went on to win the tournament, fielding perhaps the finest soccer team ever.

Above and beyond that, this photograph captured the respect that two great players had for each other. As they exchanged jerseys, touches and looks, the sportsmanship between them is all in the image.

No gloating, no fist-pumping from Pele. No despair, no defeatism from Bobby Moore. The Times wrote that this picture broke down racial prejudices (which might be a little hyperbolic).

Moore, in many eyes the most accomplished English defender ever, died of cancer in 1993. He regarded this photograph as his favorite in a career during which he captained his country 90 times, including the day England won the World Cup.

Pele, the three-time winner of the World Cup and the most complete player in history, still considers this picture a defining moment in his life. “Bobby Moore was my friend as well as the greatest defender I ever played against”, Pele said after Moore’s death. “The world has lost one of its greatest football players and an honorable gentleman”.

The 1970 World Cup tournament was won by Brazil, which defeated another two-time former champion, Italy, 4–1 in the final in Mexico City. The win gave Brazil its third World Cup title, which allowed them to permanently keep the Jules Rimet Trophy, and a new trophy was introduced in 1974.

The victorious team, led by Carlos Alberto and featuring players such as Pelé, Gérson, Jairzinho, Rivellino, and Tostão, is often cited as the greatest-ever World Cup team. They achieved a perfect record of wins in all six games in the finals, as well as winning all their qualifying fixtures