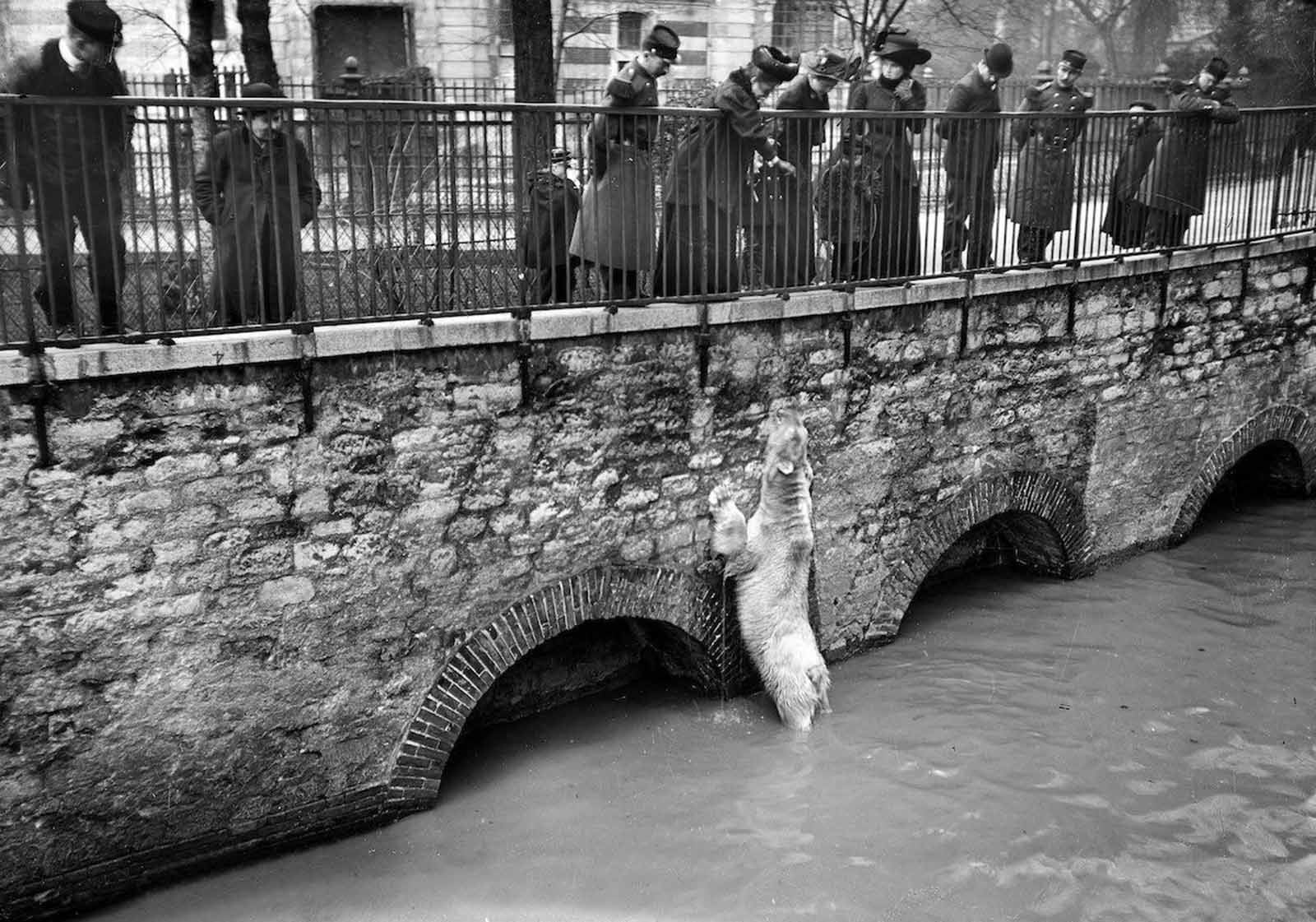 A polar bear in the flooded bear enclosure in the Botanical Gardens.

The waters did not overflow the river’s banks within the city but flooded Paris through tunnels, sewers, and drains. In neighbouring towns both east and west of the capital, the river rose above its banks and flooded the surrounding terrain directly.

Winter floods were a normal occurrence in Paris but, on 21 January, the river began to rise more rapidly than normal. Over the course of the following week, thousands of Parisians evacuated their homes as water infiltrated buildings and streets throughout the city, shutting down much of Paris’ basic infrastructure.

Police, fire-fighters, and soldiers moved through waterlogged streets in boats to rescue stranded residents from second-story windows and to distribute aid. Refugees gathered in makeshift shelters in churches, schools, and government buildings.

Although the water threatened to overflow the tops of the quay walls that line the river, workmen were able to keep the Seine back with hastily built levees. 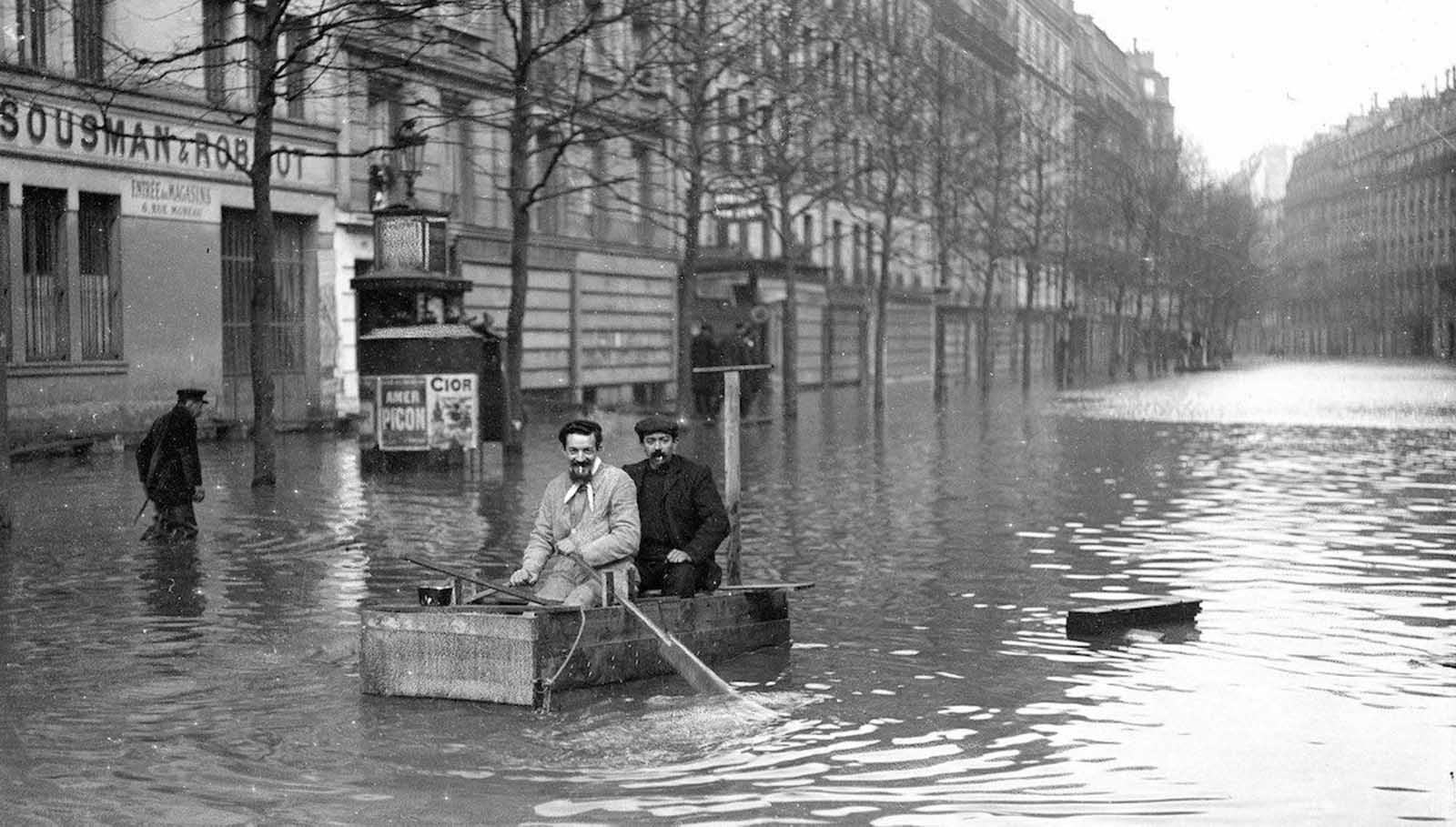 Two men travel down the street in an improvised boat.

Once water invaded the Gare d’Orsay rail terminal, its tracks soon sat under more than a metre of water. To continue moving throughout the city, residents travelled by boat or across a series of wooden walkways built by government engineers and by Parisians themselves. On 28 January the water reached its maximum height at 8.62 metres (28.28 feet) above its normal level.

Amazingly, despite 35 days of flooding, thousands of evacuations and an estimated $1.5 billion (accounting for inflation) in damages, not a single person died during the flooding.

This was partially thanks to the police and armed forces whose well-organized efforts minimized the effects of the disaster. The water achieved its highest level after 10 days and after 35 days the water was gone completely. 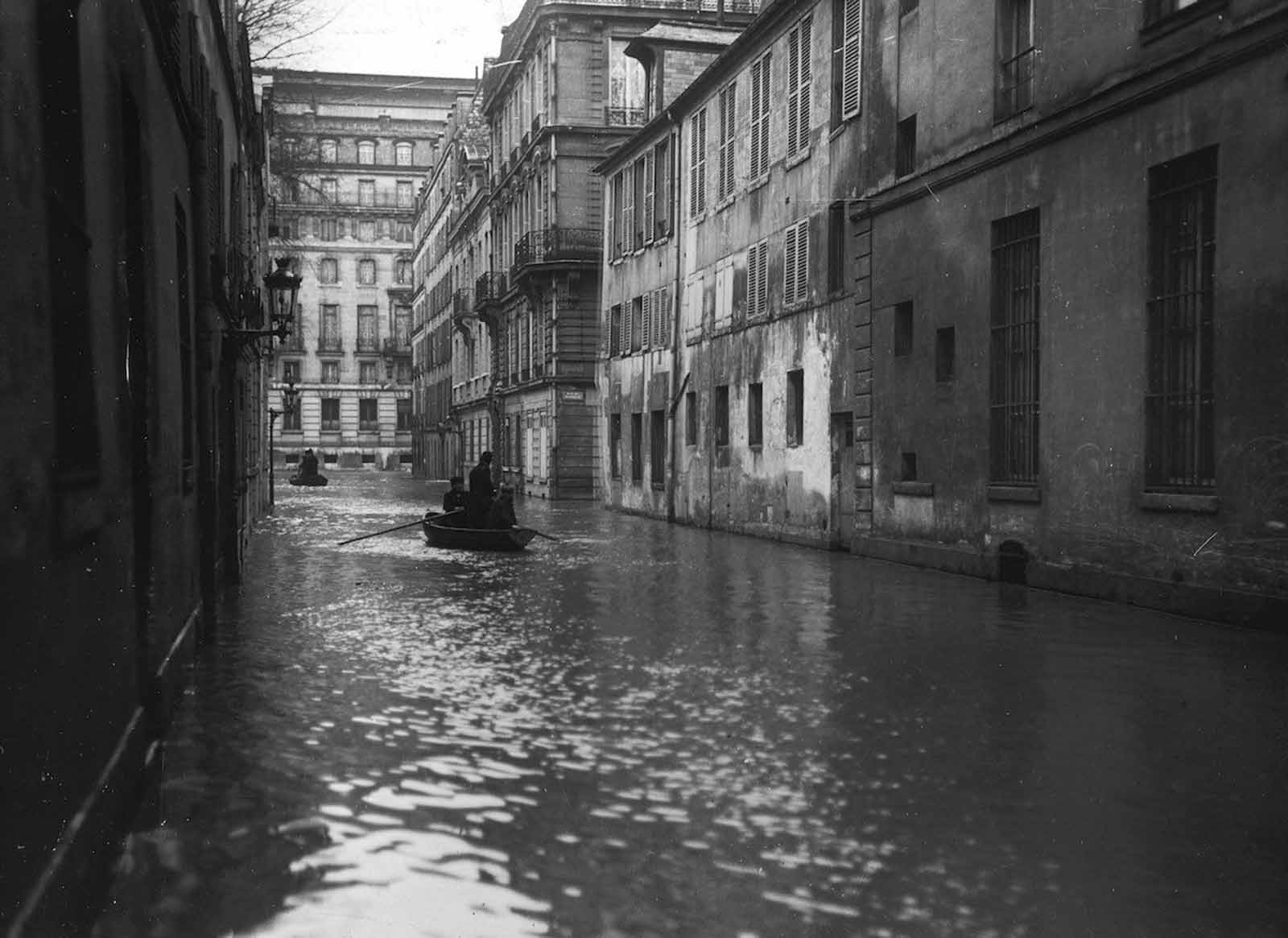 Rowing down the street in Poitiers (VIIth arrondissement). 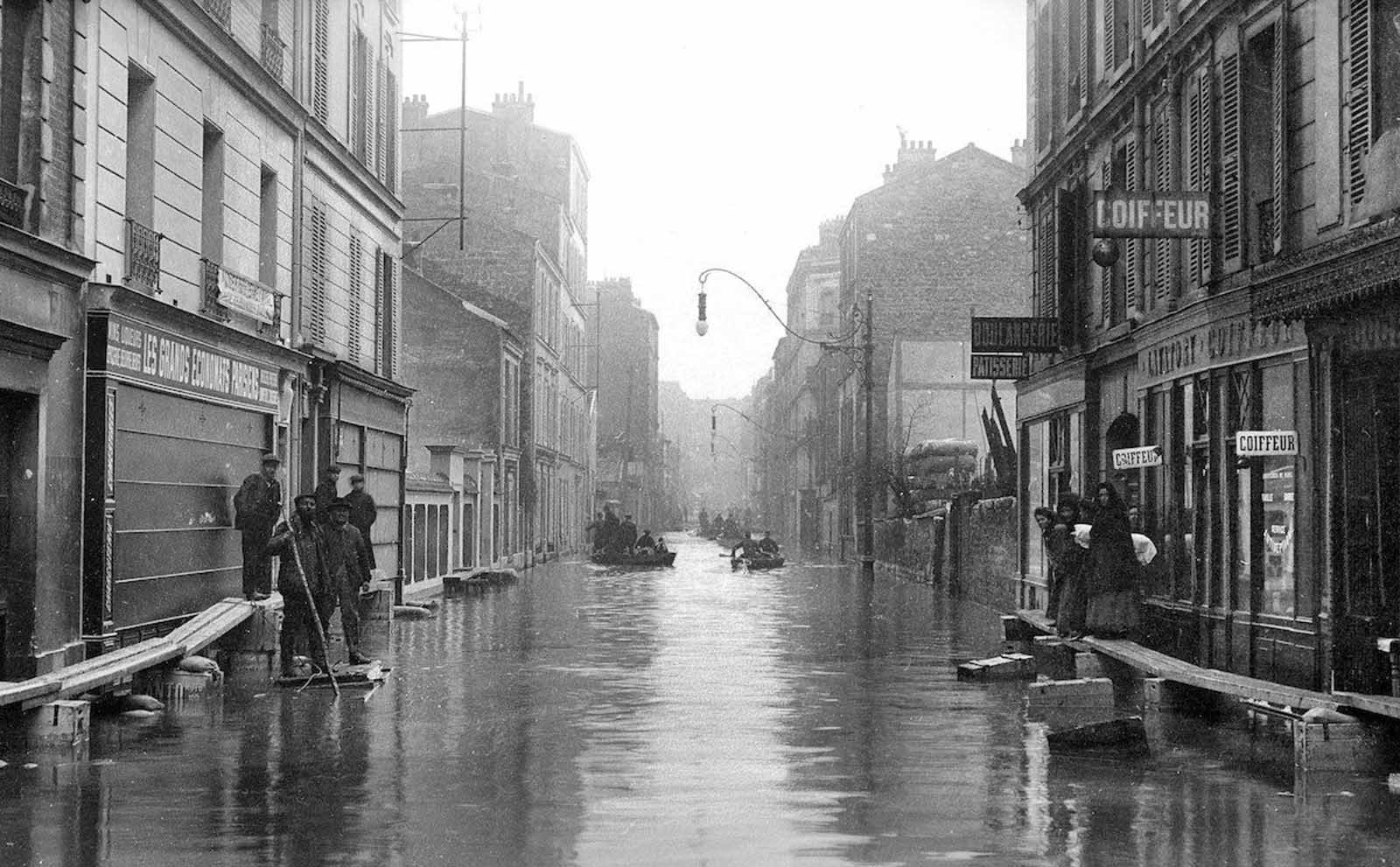 People skirt the edge of the street on improvised pathways. 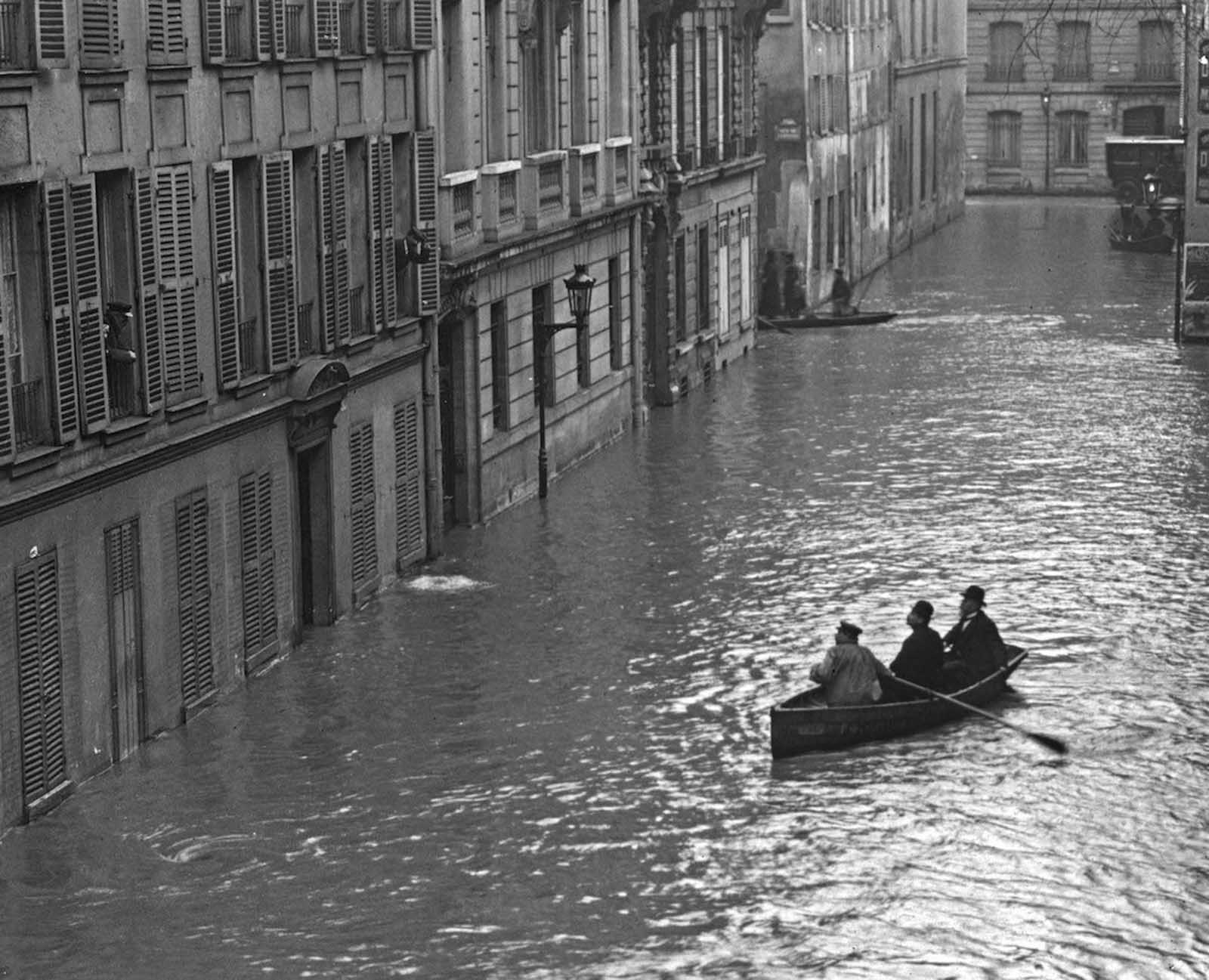 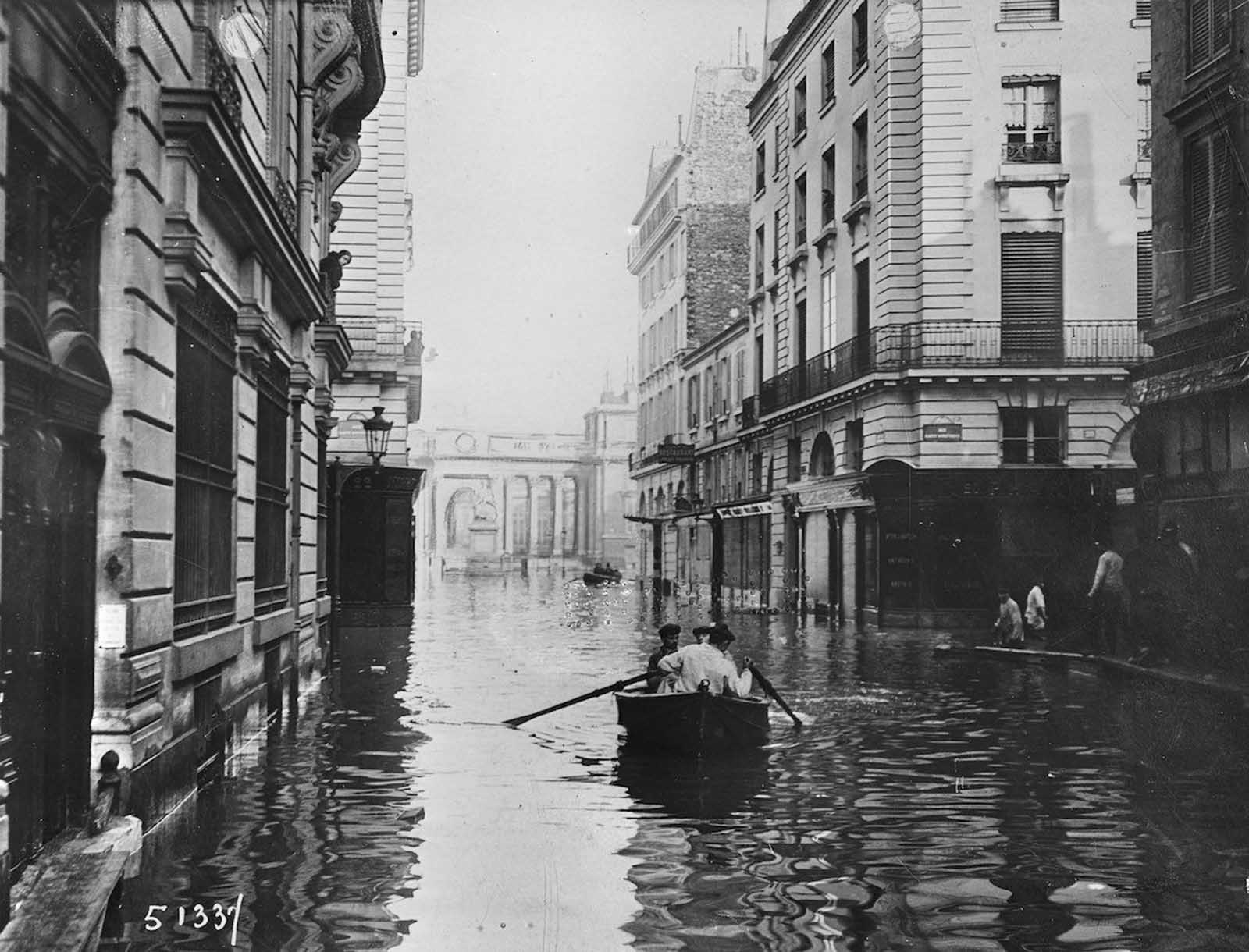 A street of Bourgogne (VIIth arrondissement). 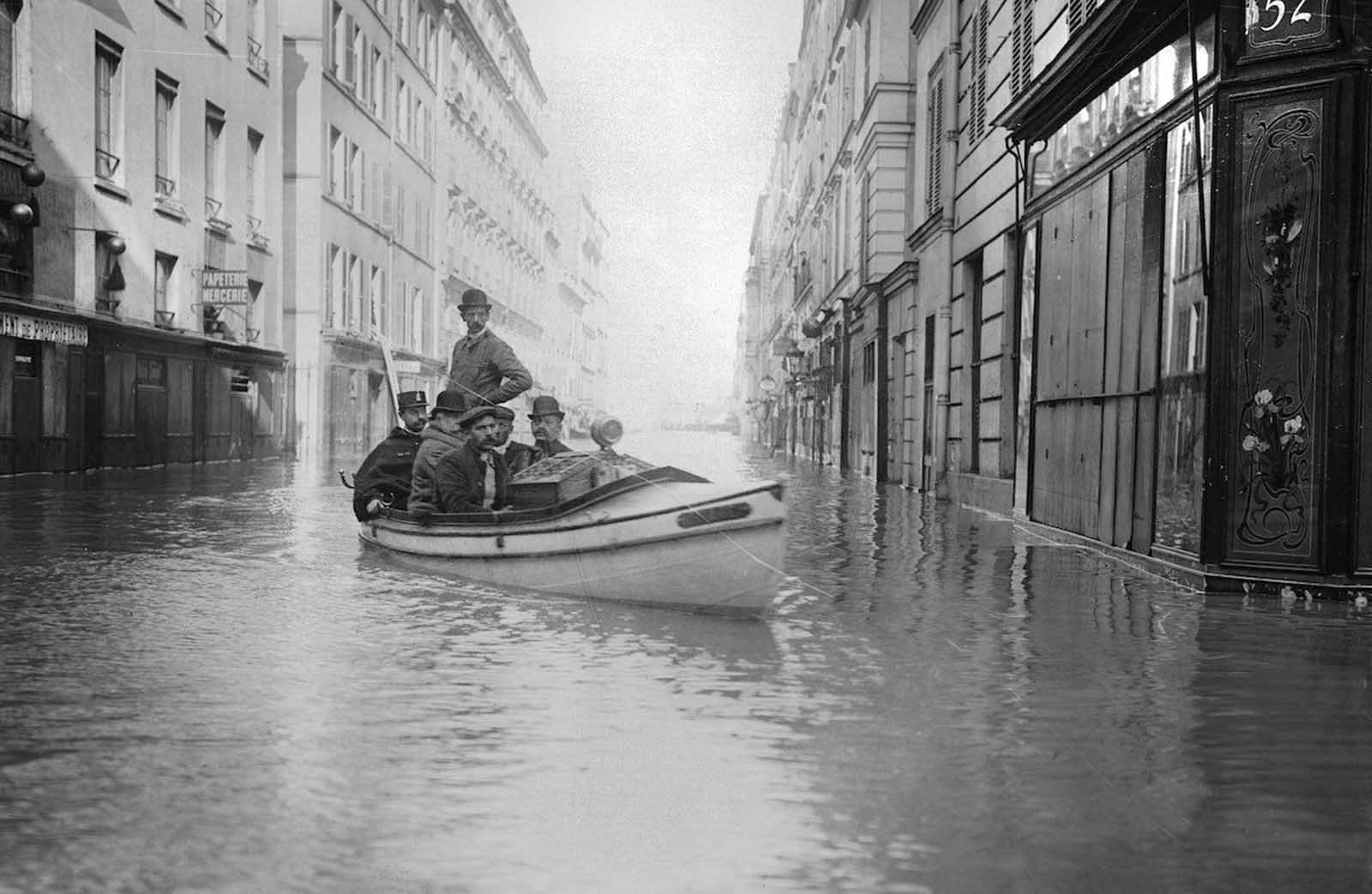 A street of the Universite (VIIth arrondissement). 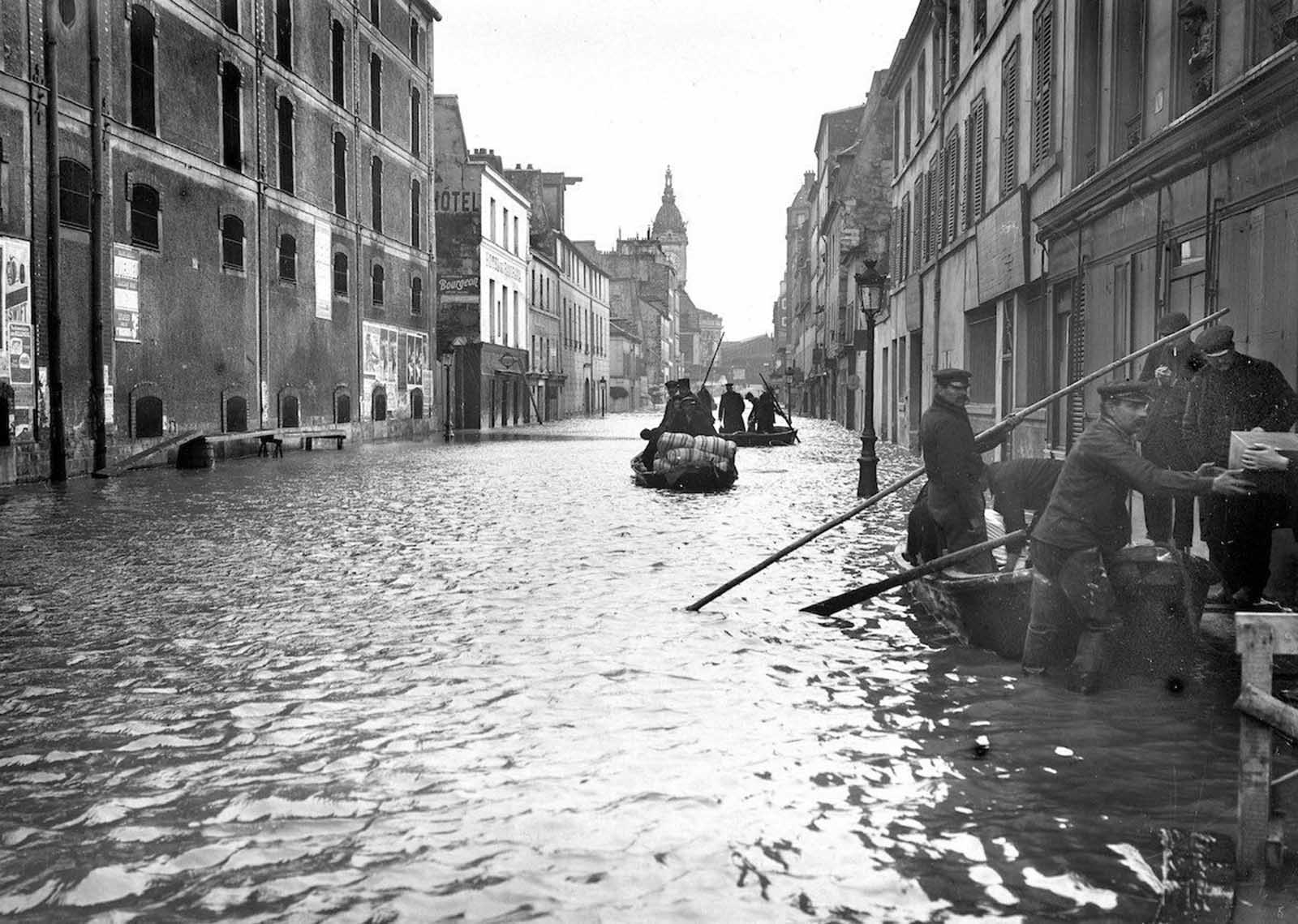 Paris is transformed into Venice. 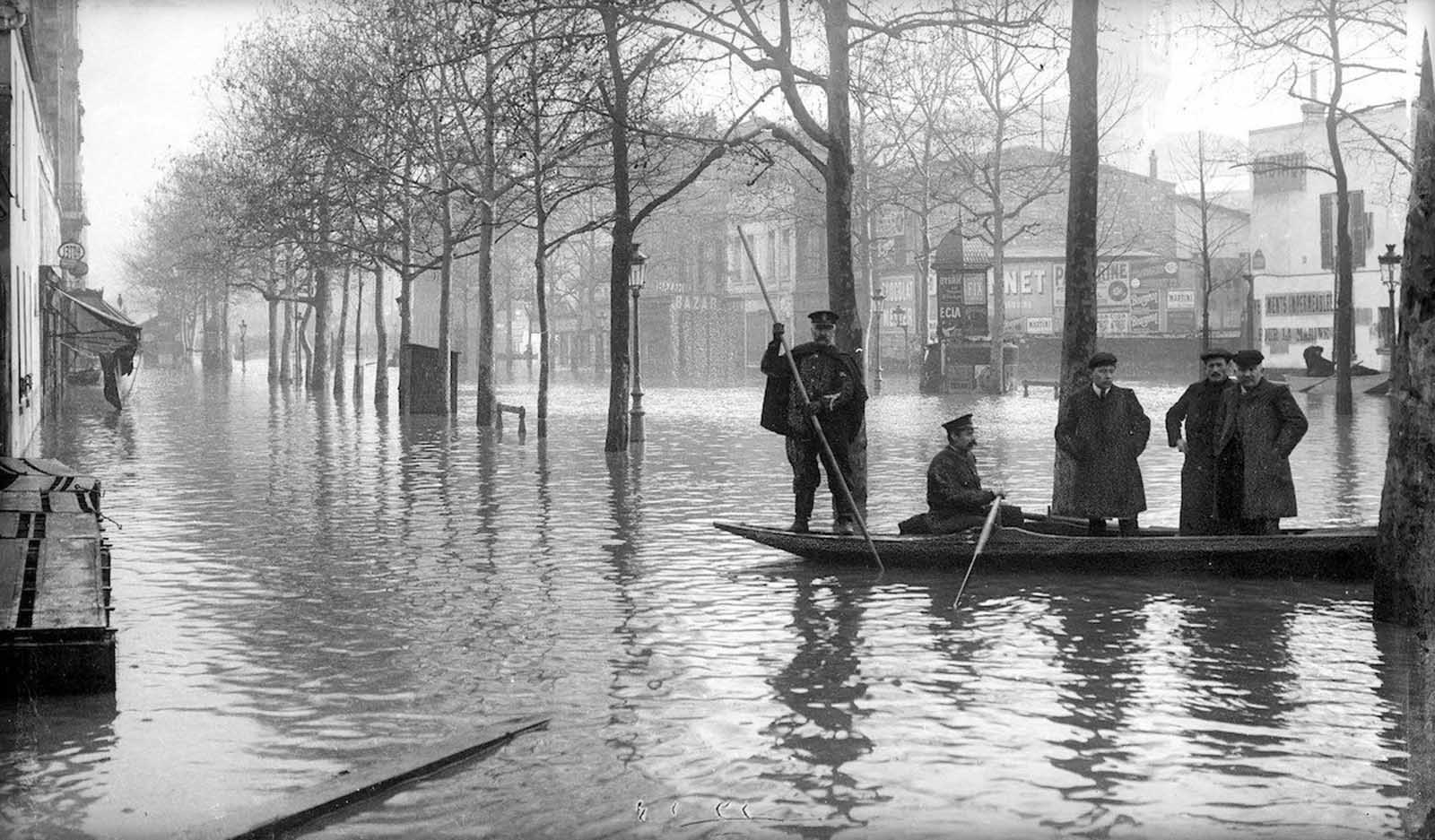 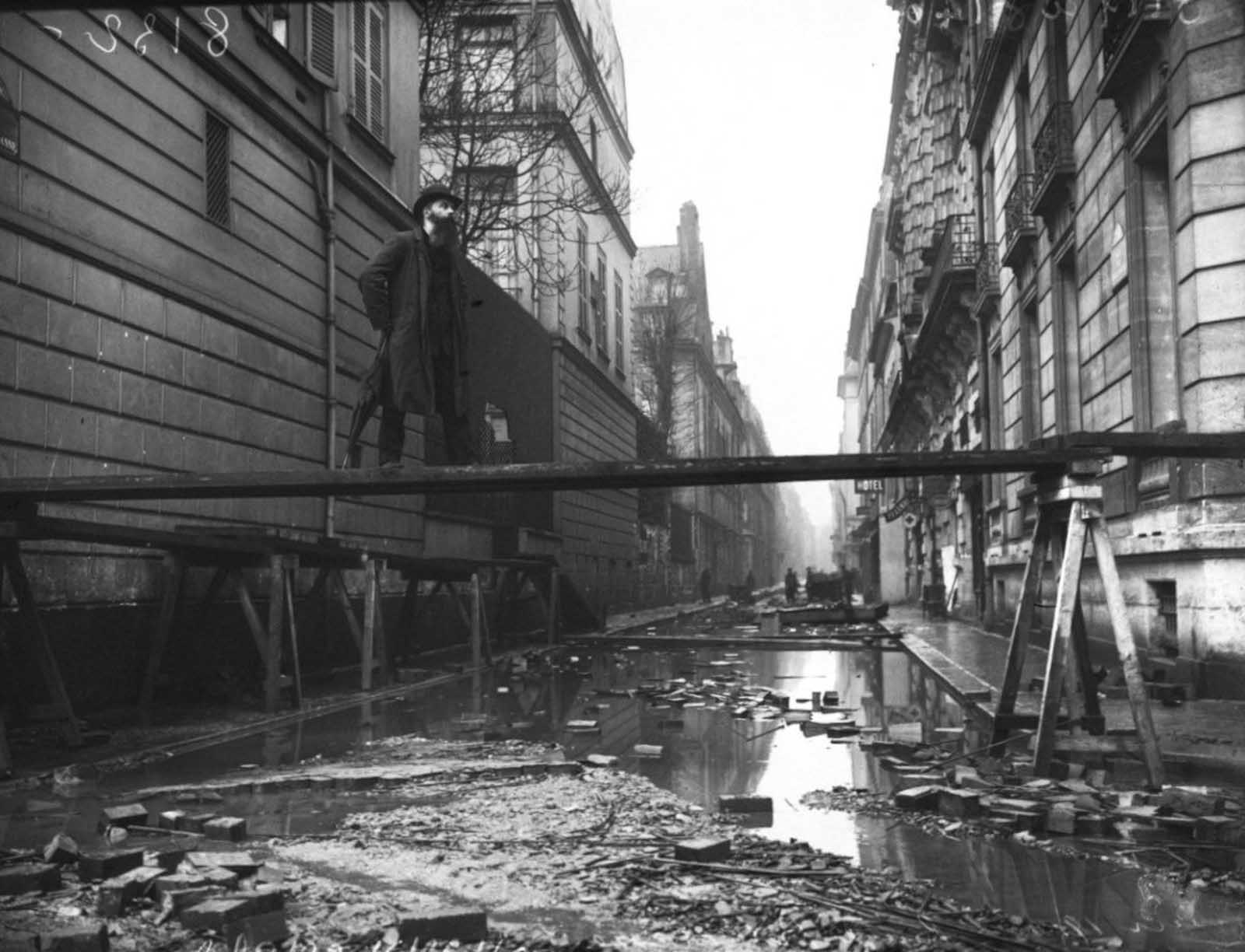 A bearded man stands on a high walkway. 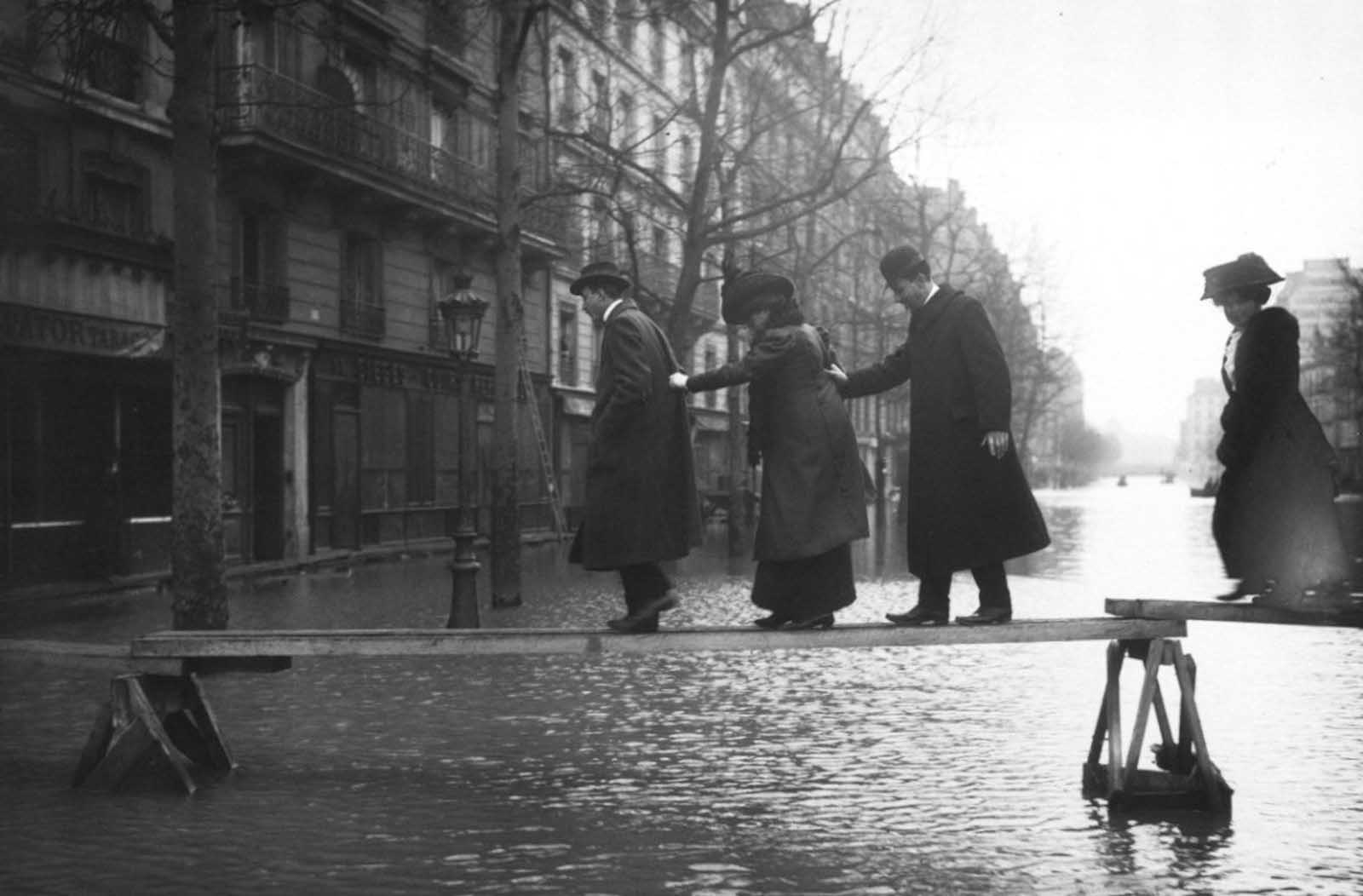 People gingerly cross the street on a wooden plank. 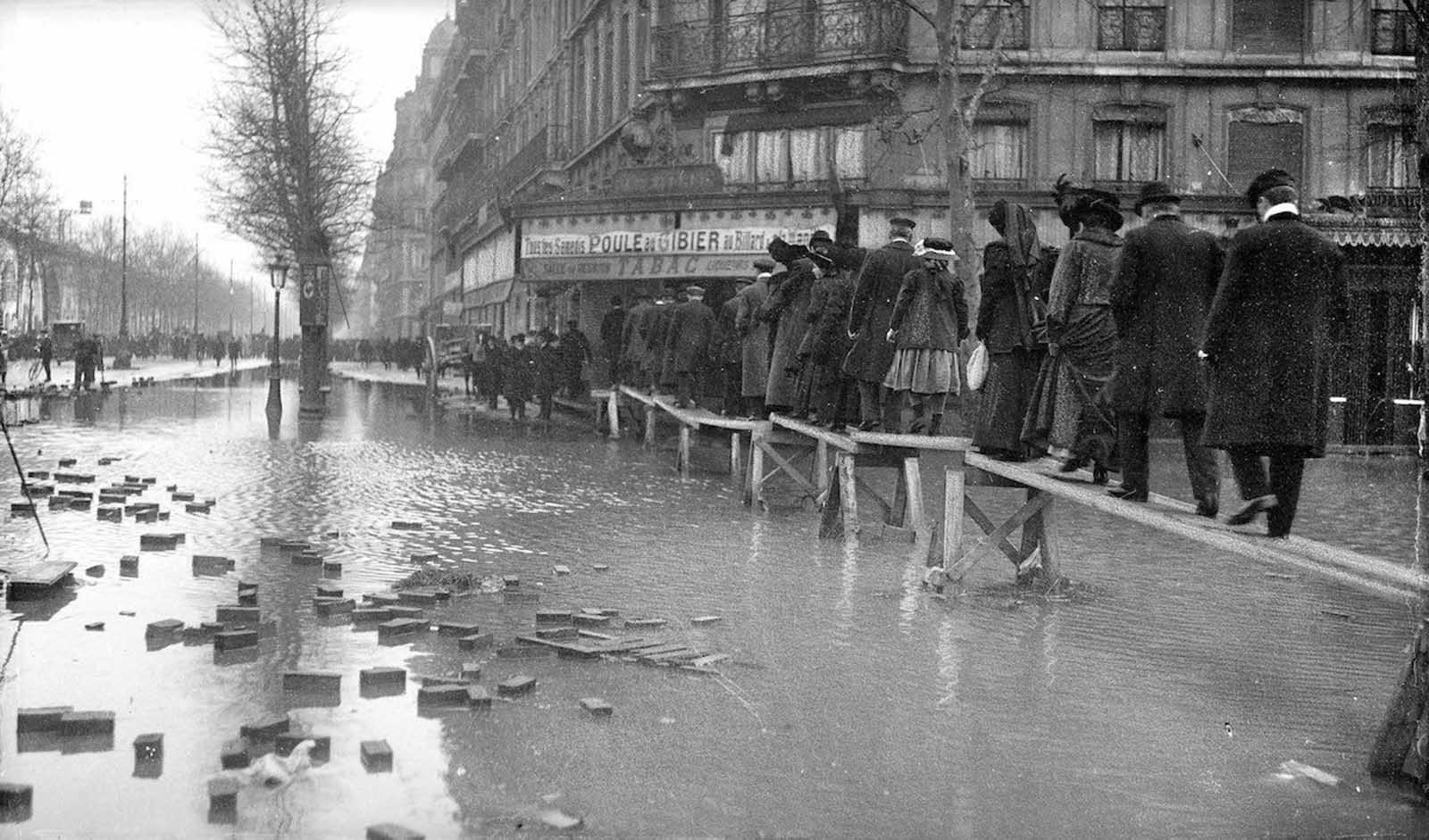 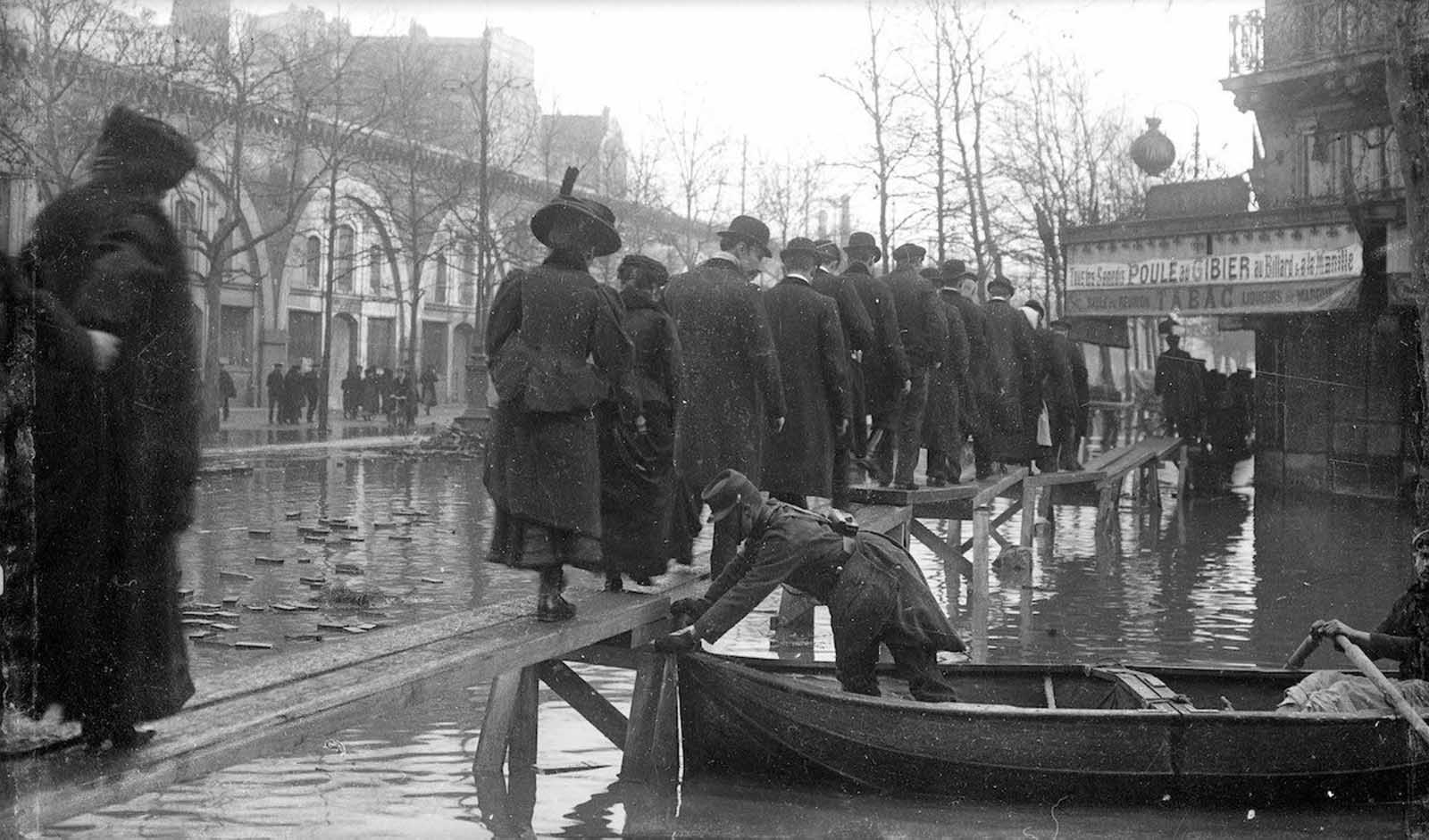 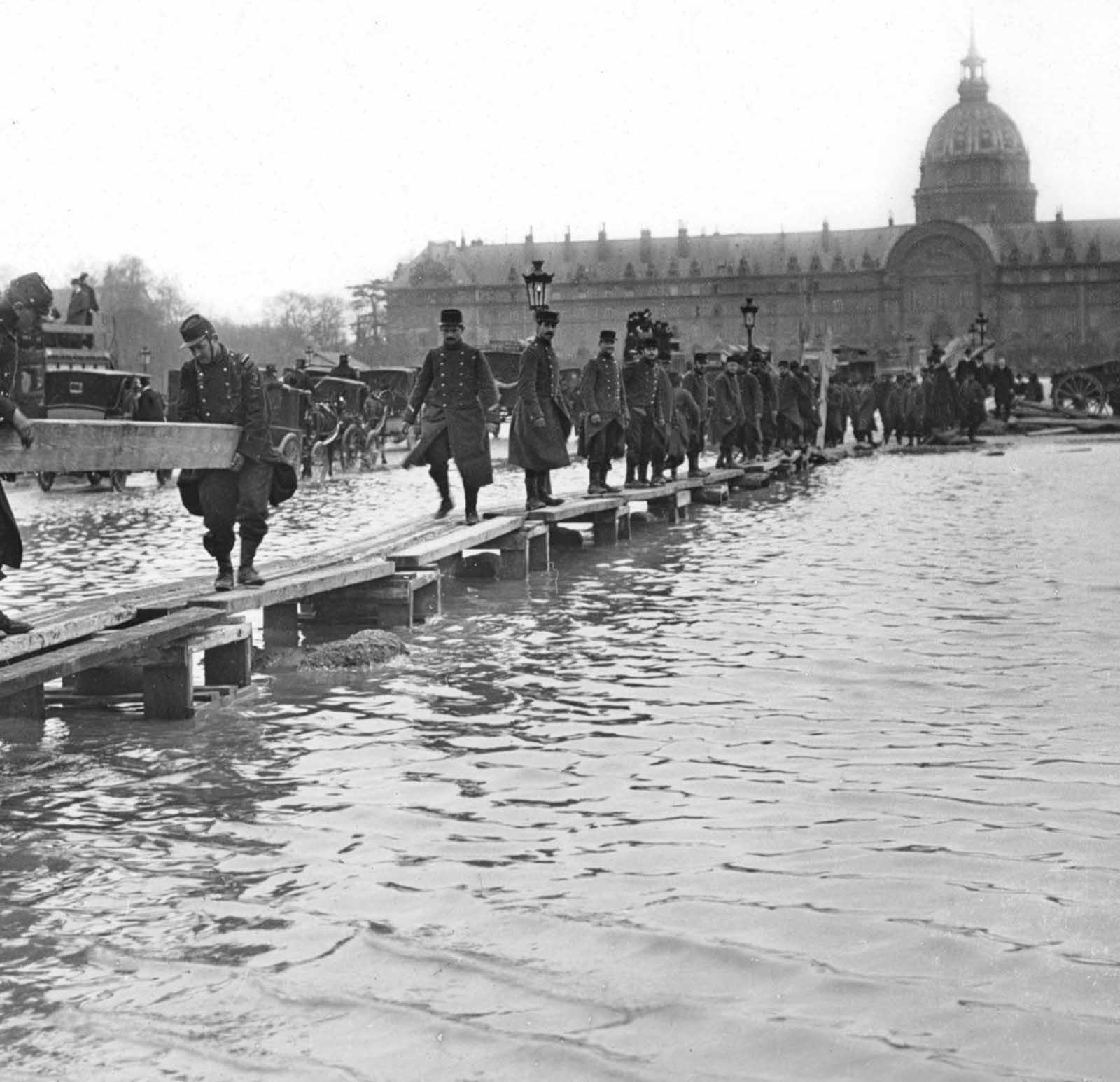 The army lays down a wooden walkway. 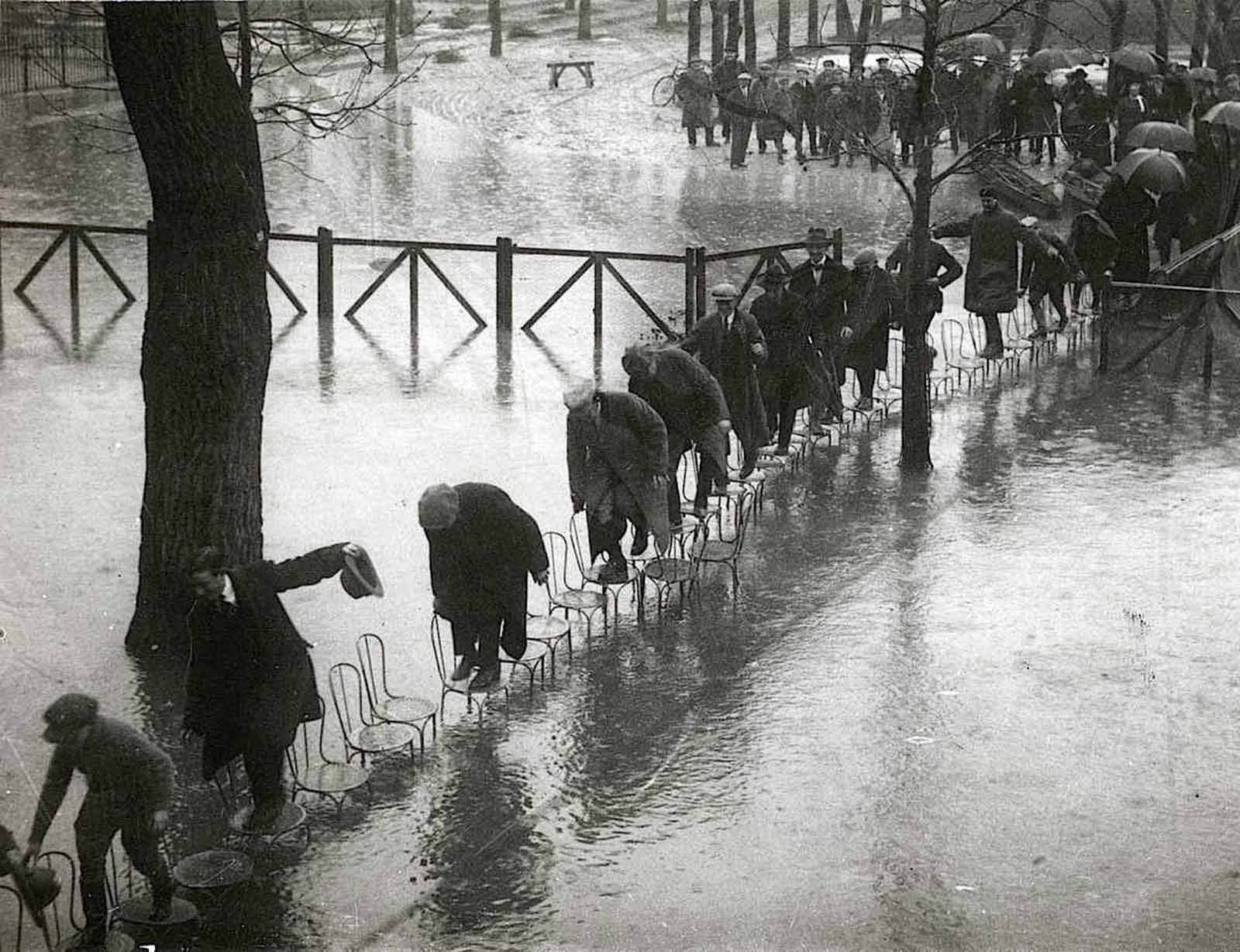 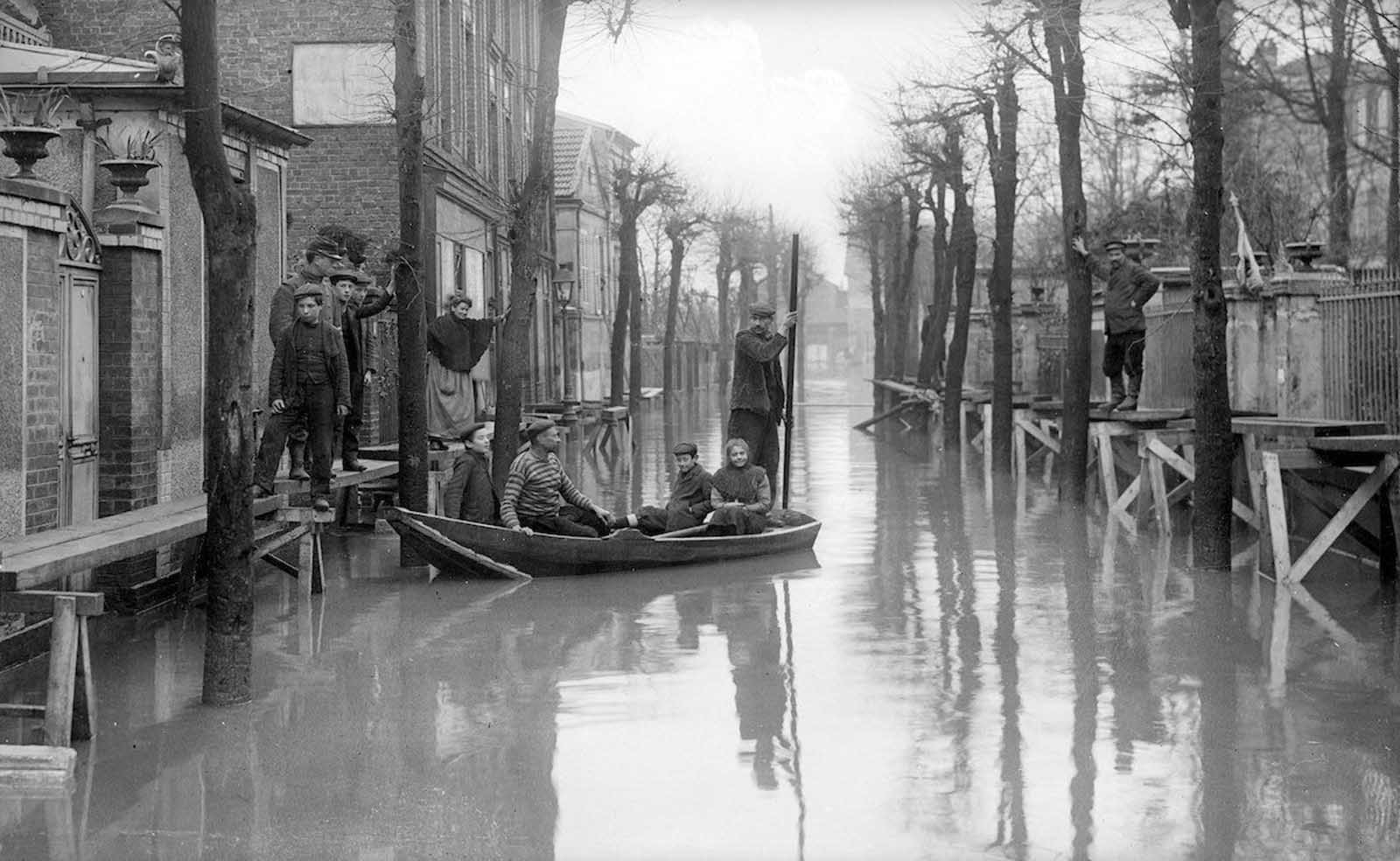 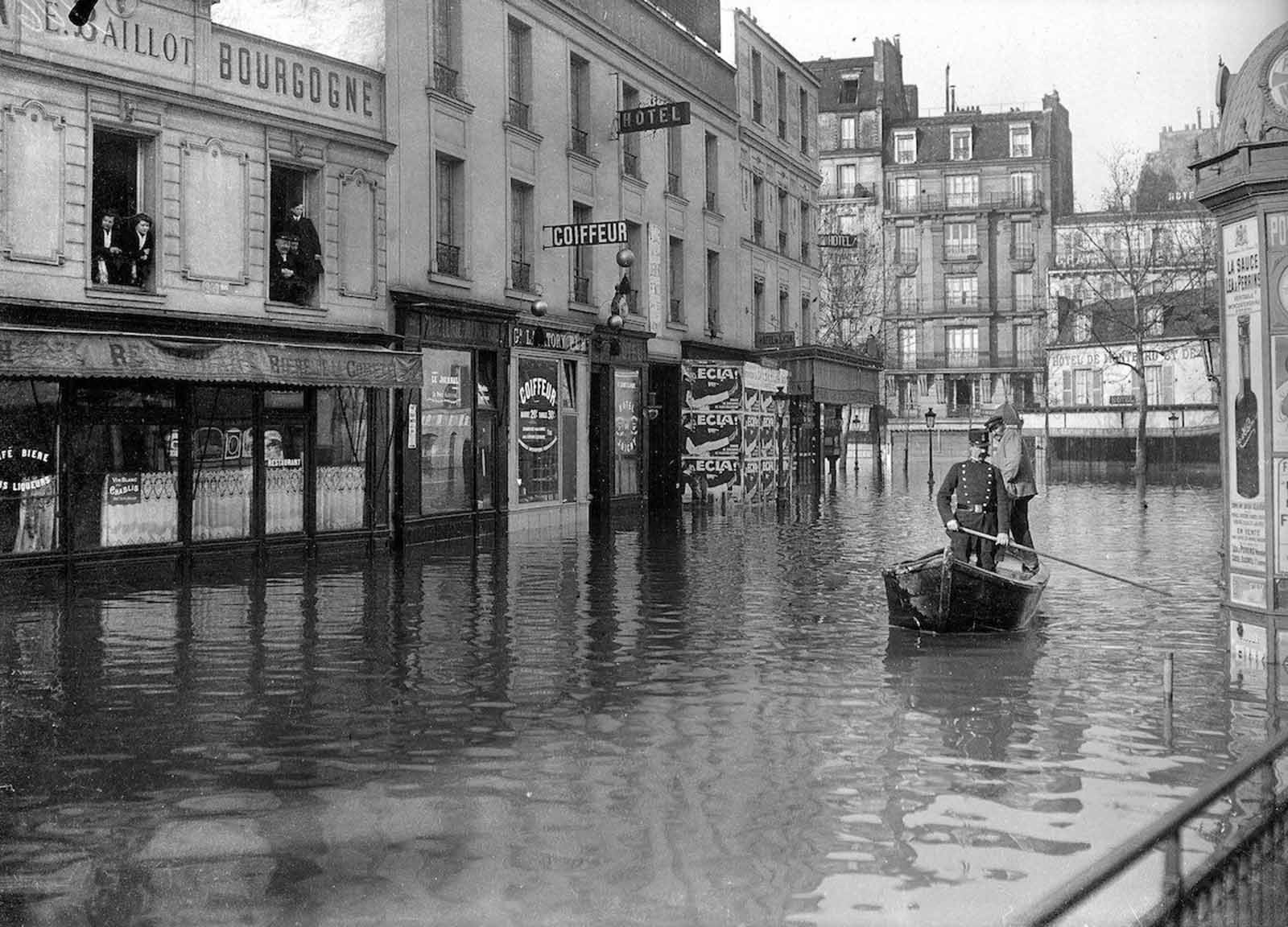 A uniformed man punts a boat as people at first floor windows look on. 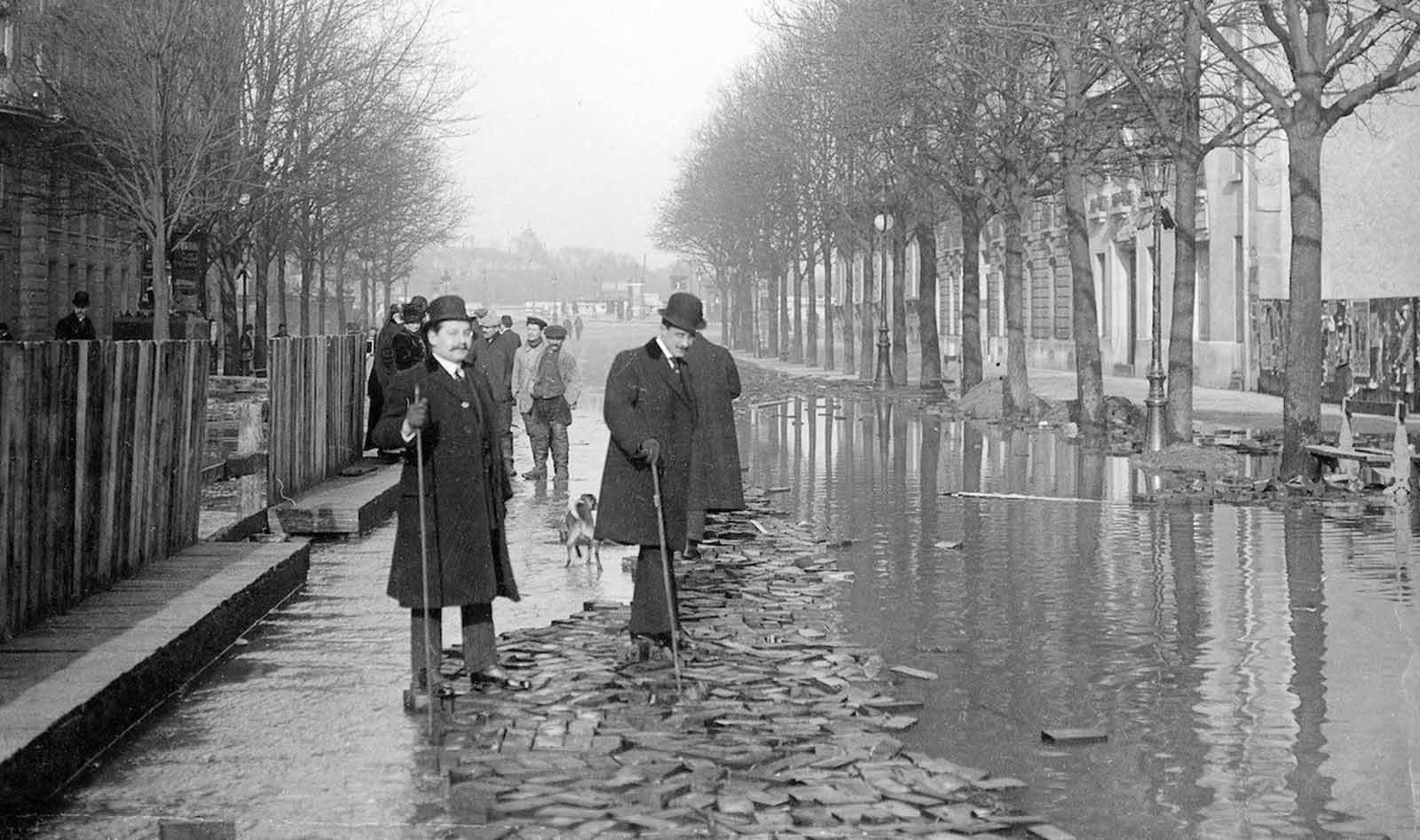 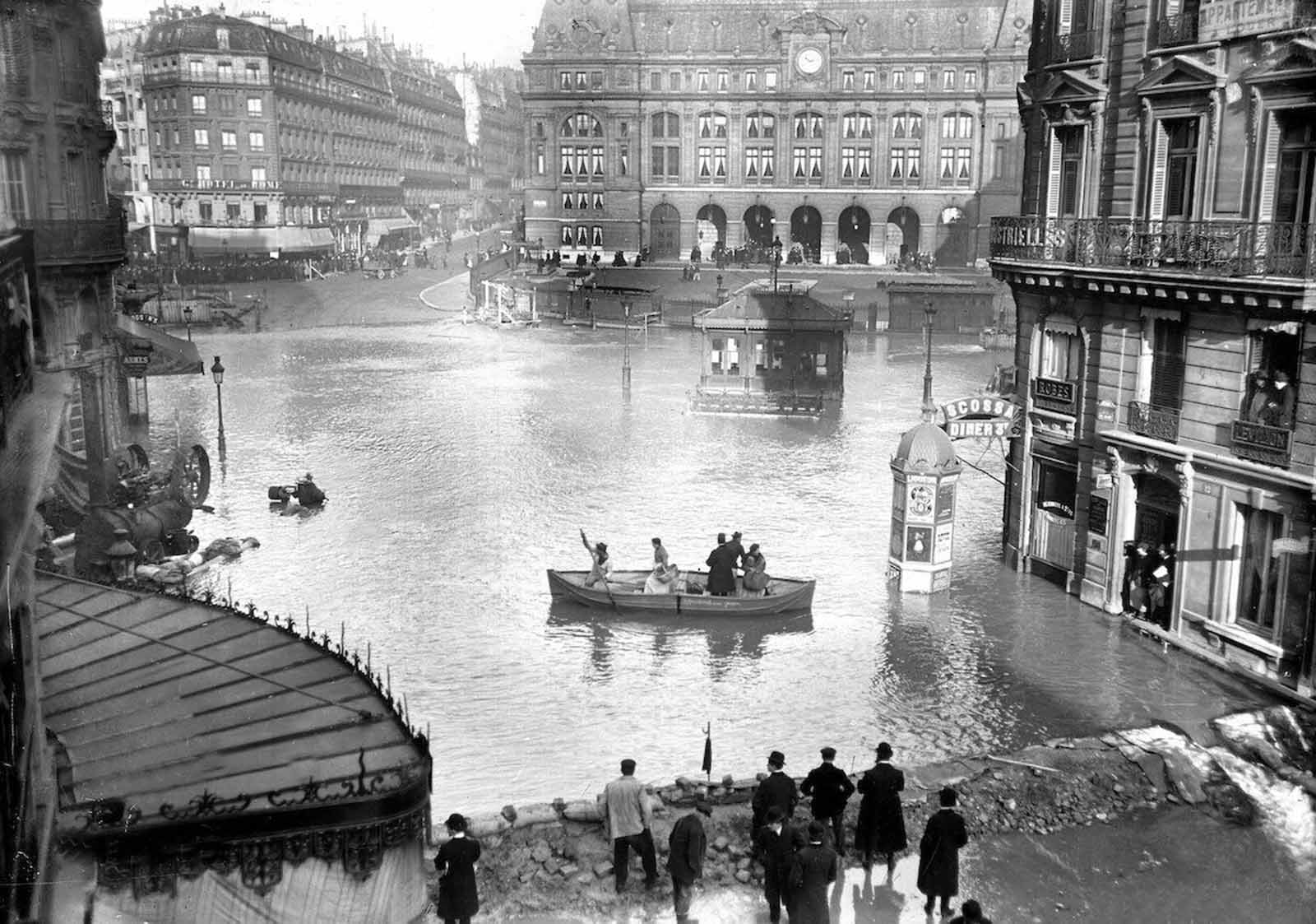 In front of Gare Saint-Lazare. 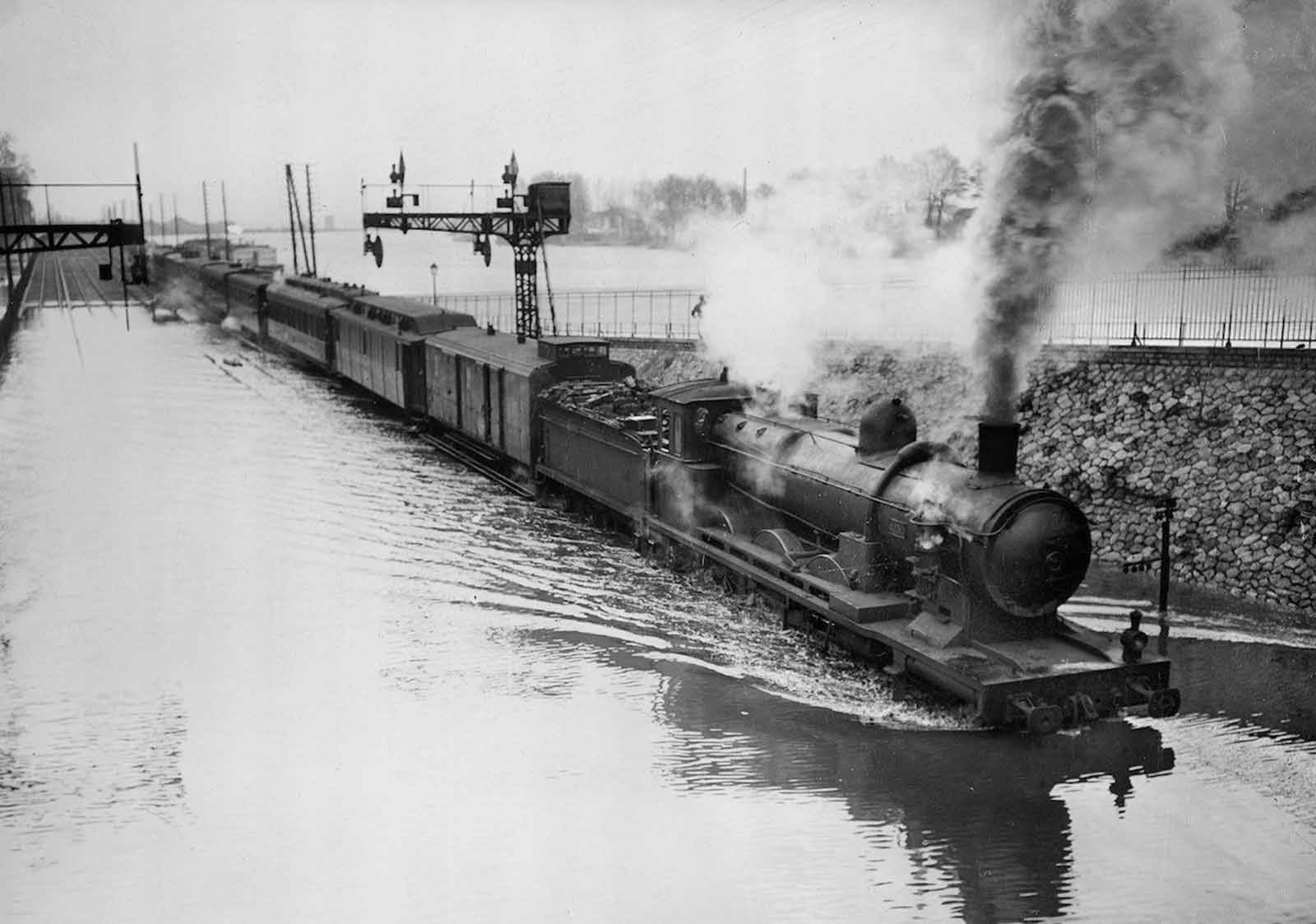 The Paris-Limoges express at the station in Choisy-le-Roi (Val-de-Marne). 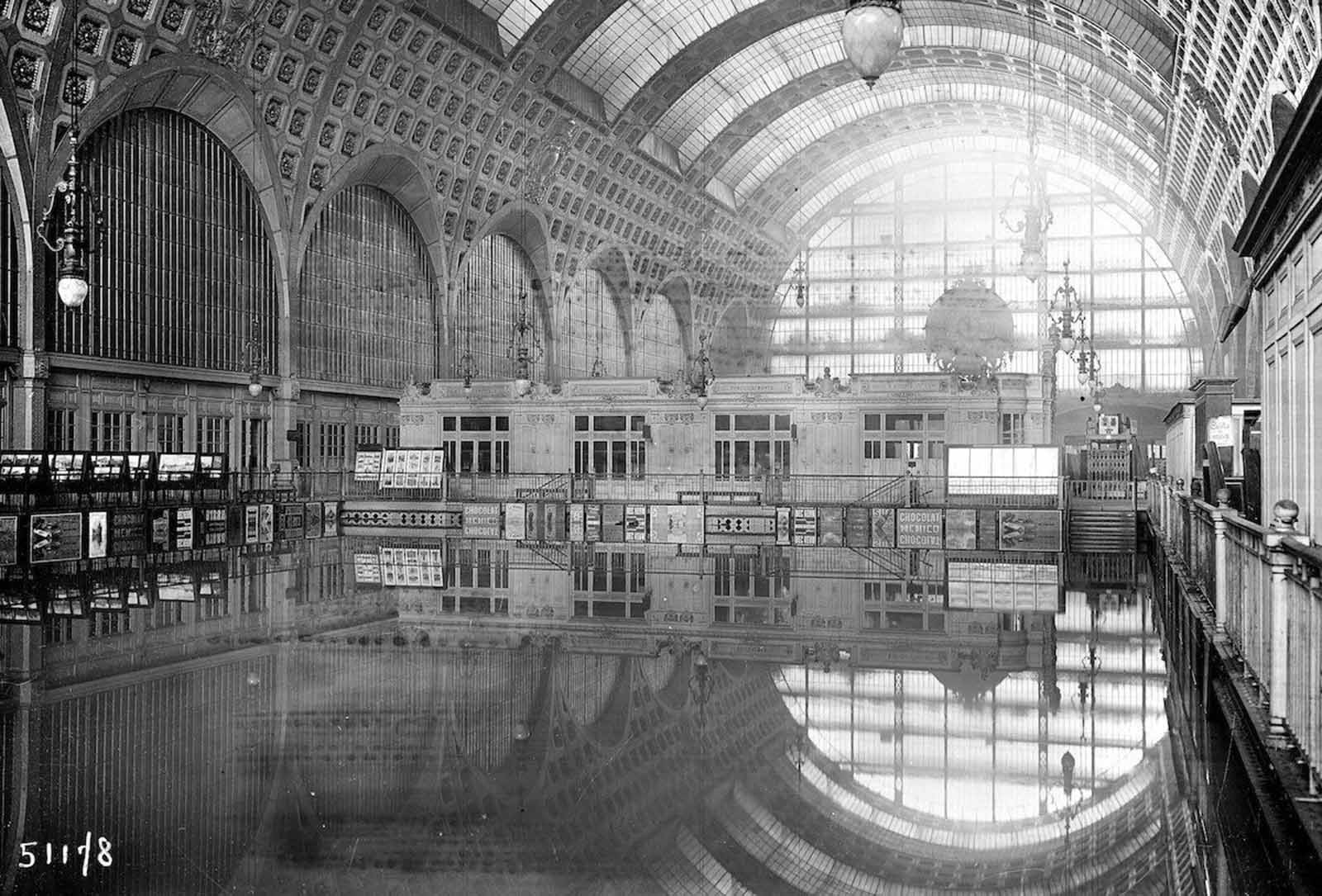 The interior of Gare d’Orsay. 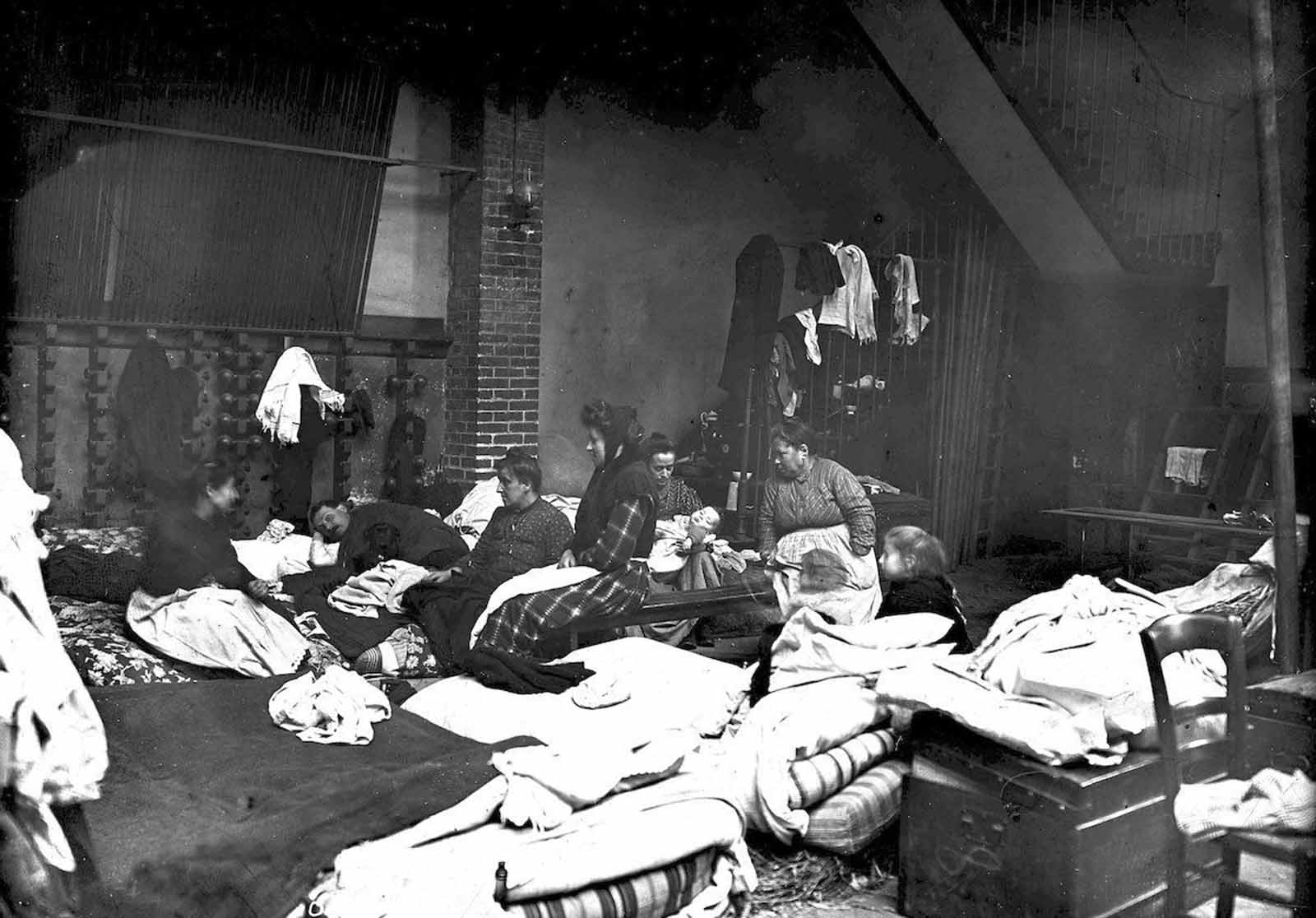 A shelter in a gymnasium. 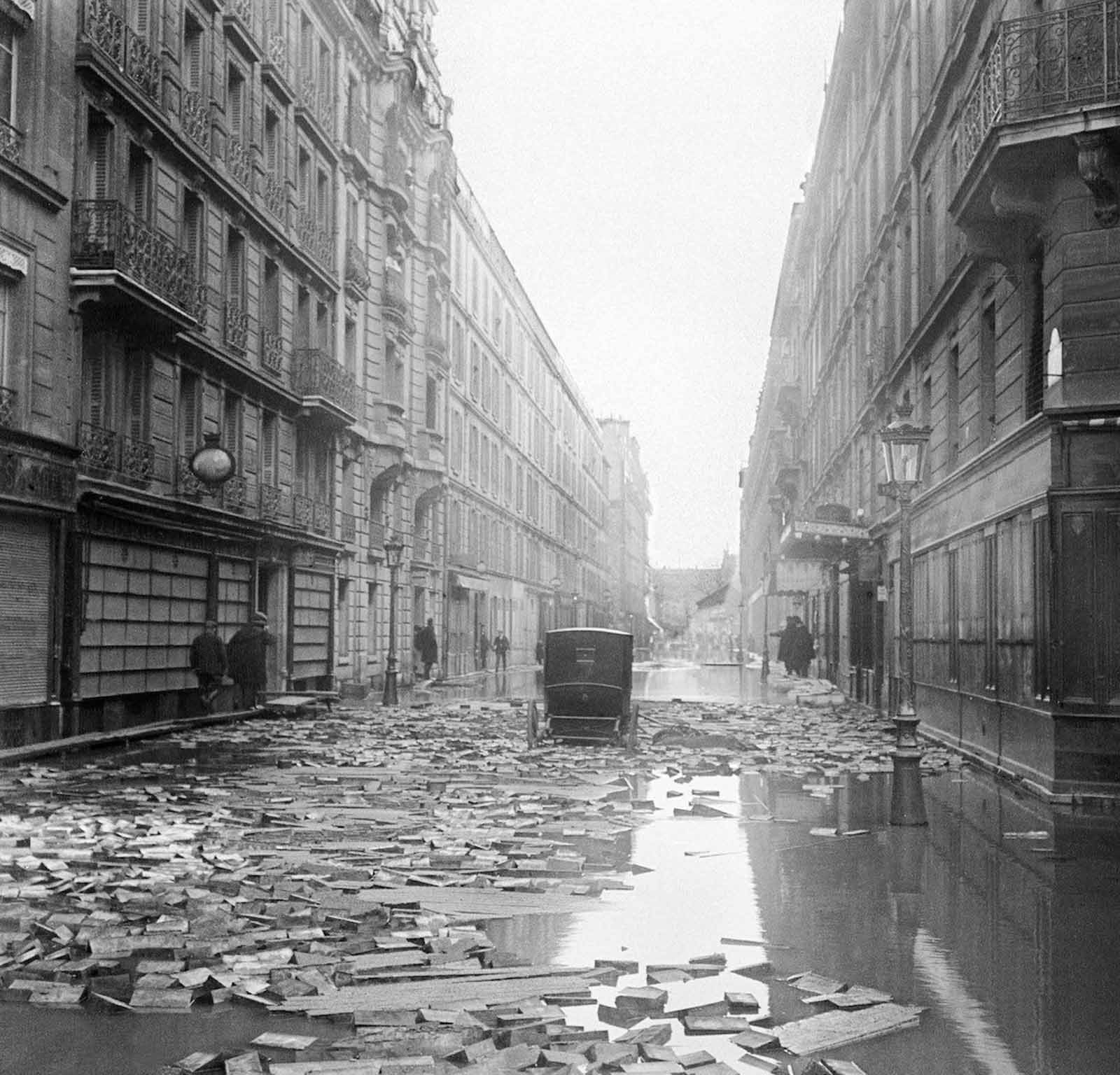 Wooden paving blocks are scattered on the ground, which is still covered with water. A carriage sits abandoned. 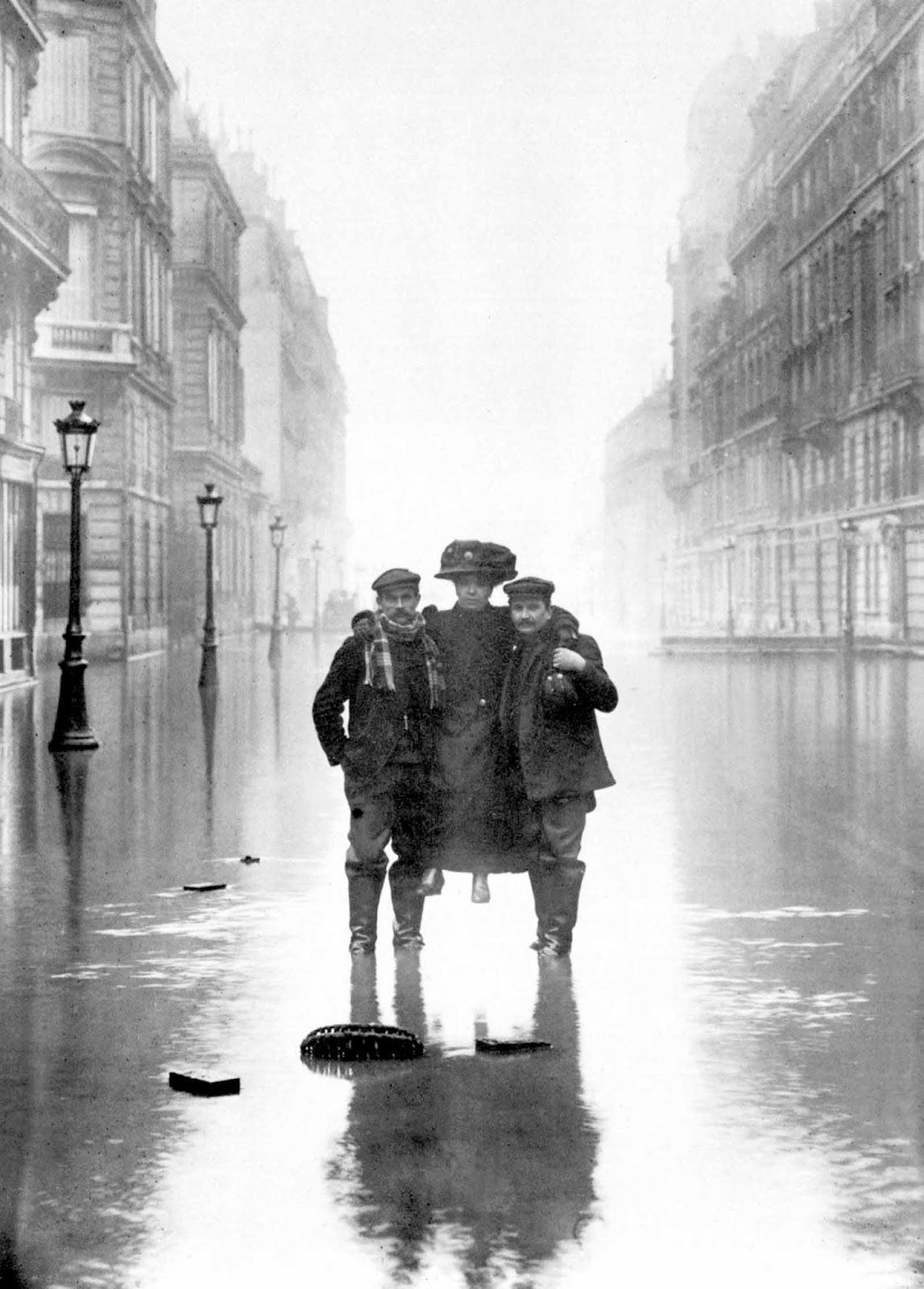 A woman is supported by two men.