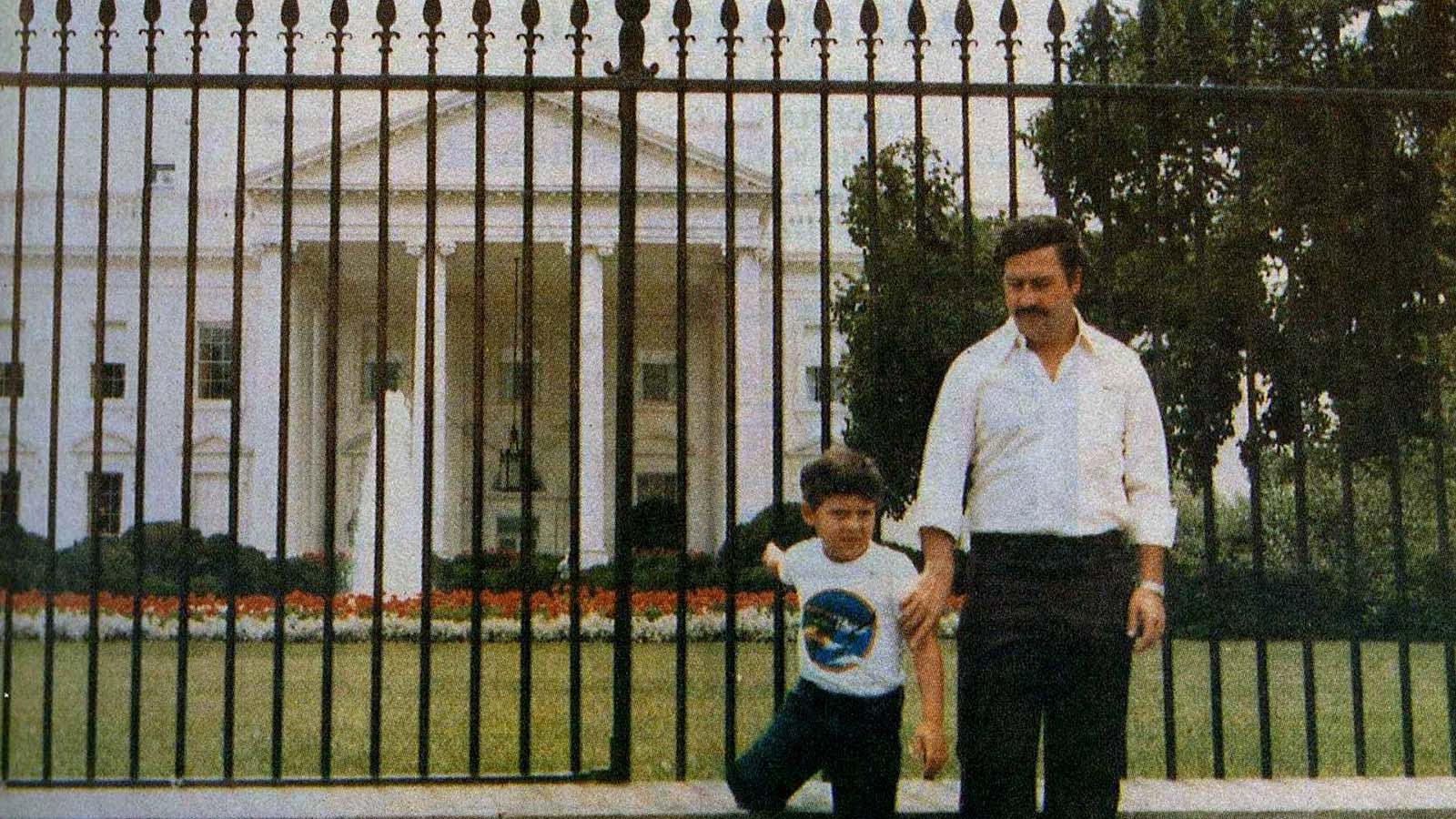 A rare photo of one of history’s wealthiest drug lords posing in front of the White House. 1981.

In this infamous photograph, we see the notorious Colombian drug lord Pablo Escobar standing in front of the White House in Washington, DC. The boy standing beside Escobar is his only son. He also took his family on a first-class trip to Disneyland at about the same time.

That’s the White House’s North Portico, and that means that Escobar and his son are standing on the sidewalk adjacent to Pennsylvania Ave which at the time was open to vehicular traffic. Any pedestrian could walk along the street and pose for a similar photograph – and in fact, you can still do so today, though the fence has gotten higher.

The photograph, taken by Escobar’s wife, Maria Victoria, appeared in a 2010 HBO documentary “Sins of My Father,” which tells the story of the drug kingpin’s life through the eyes of his only son, Juan Pablo Escobar, who has since changed his name to Sebastian Marroquin.

During the time this picture was taken, Pablo Escobar was in the process of trying to make himself appear a “legitimate” politician in Colombia. He was first on the City Council in Medéllin and then became a substitute Congressman.

He had a diplomatic passport and that is probably what he traveled to the US on, though that’s not verified. Or he simply used fake passports which he could have easily obtained through his political connections.

In the 1982 parliamentary election, Escobar was elected as an alternate member of the Chamber of Representatives as part of the Liberal Alternative movement. Through this, he was responsible for community projects, such as the construction of houses and football fields, which gained him popularity among the locals of the towns that he frequented.

However, Escobar was vilified by the Colombian and U.S. governments, who routinely stifled his political ambitions and pushed for his arrest, with Escobar widely believed to have orchestrated the DAS Building and Avianca Flight 203 bombings in retaliation.

At the height of his power, Escobar brought in an estimated $420 million a week in revenue, supplied 80% of the world’s cocaine, and smuggled 15 tons of cocaine into the US per day.

Escobar’s legacy remains controversial; while many denounce the heinous nature of his crimes, he was seen as a “Robin Hood-like” figure for many in Colombia, as he provided many amenities to the poor, while his killing was mourned and his funeral attended by over 25,000 people.