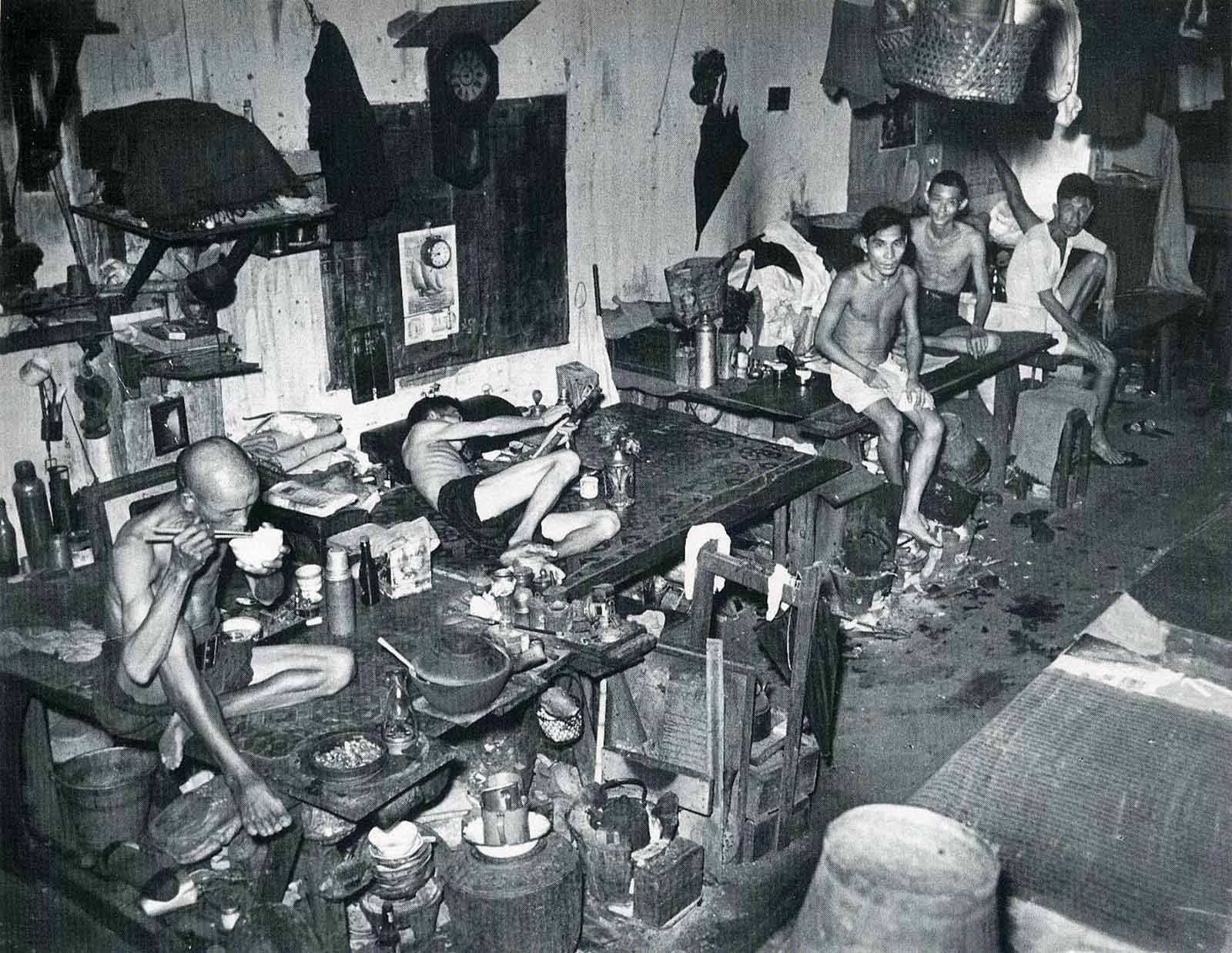 Despite being targeted by law enforcement across the globe at the start of the 20th century, opium and opium dens were prevalent fixtures in east Asia, the United States, and Europe up until the mid-1950′s. In this photograph, opium smokers in Singapore relax in a sparsely furnished opium den, suggesting that the clientele were mostly working class. It was a place where you do opium and hang out, then do more opium. The social impact was huge and damaging, with addicts prone to sell all their possessions to feed their habit. Many men ended up homeless doing nothing but smoking opium.

An opium den was an establishment where opium was sold and smoked. In the Western world, opium dens were frequented by and associated with the Chinese, because the establishments were usually run by Chinese who supplied the opium as well as prepared it for visiting non-Chinese smokers. Most opium dens kept a supply of opium paraphernalia such as the specialized pipes and lamps that were necessary to smoke the drug. Opium users would recline in order to hold the long opium pipes over oil lamps that would heat the drug until it vaporized, allowing the smoker to inhale the vapors. 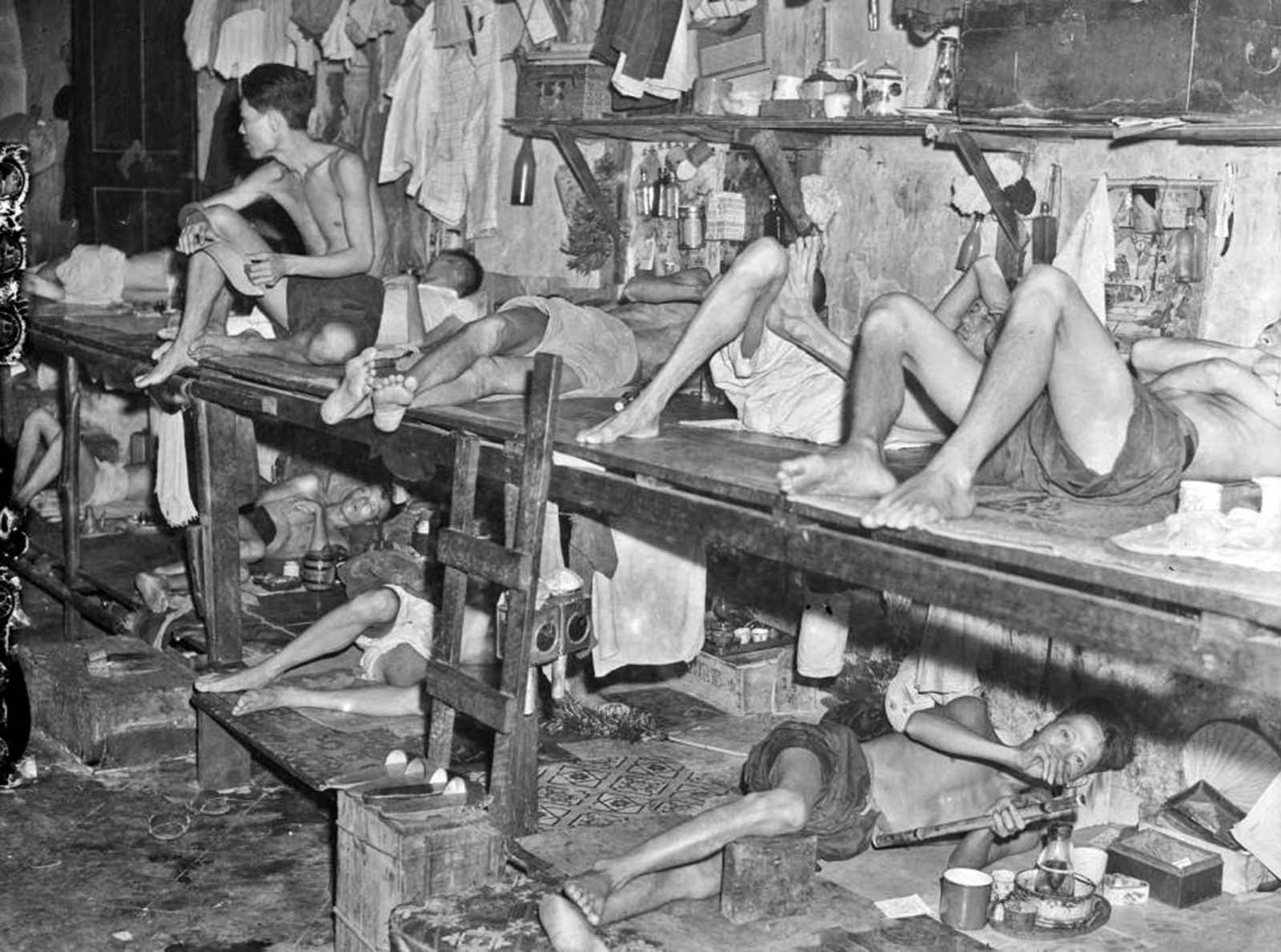 An opium den was an establishment where opium was sold and smoked.

In urban areas of the United States, particularly on the West Coast, there were opium dens that mirrored the best to be found in China, with luxurious trappings and female attendants. For the working class, there were also many low-end dens with sparse furnishings. These latter dens were more likely to admit non-Chinese smokers.