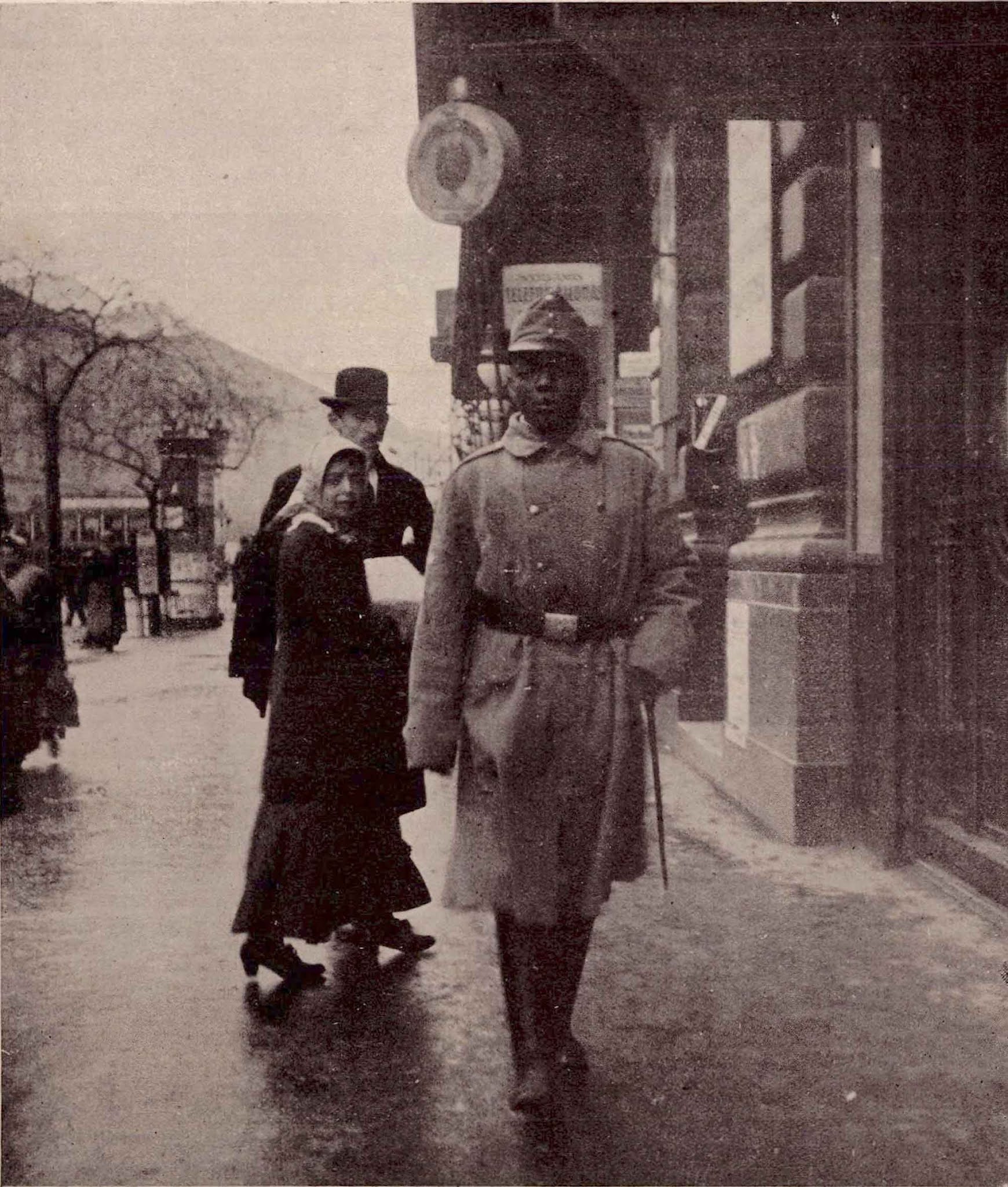 Simon Perris (Ali Mahmud): The only black soldier in the Hungarian army throughout Hungarian history.

According to news reports of the time, Simon Perris (also known as Ali Mahmud) was born in either Congo or Senegal and came to Hungary when he was a little boy. Originally he was a servant for a Turkish man who lived in Budapest.

After his master’s death, he worked as a porter at a cinema in Nagyvárad (now Oradea) and spoke fluently Hungarian, reportedly very skillful at using colorful insults. While certainly a curiosity in early 20th century Hungary, he was apparently well-liked in the city for his good humor and he was also very patriotic and proud about Hungary.

Ali Mahmud applied to join the Austro-Hungarian army but was rejected because he was a foreign national. But he didn’t give up. He repeatedly tried to apply again, even going to the Secretary of Defense. According to a news article of the time, he declared “I am very ashamed that as a Hungarian I have to sit at home when others can fight. I want to fight for my homeland.”

Eventually, he was accepted into the army and fought on the Russian front in 1915, earning several military awards and was promoted to corporal.

It was during this time that this photo made it to the front page of various newspapers. They wrote: “a man with a completely black face is walking down the streets of Budapest in Hungarian military uniform”. He was described as a szerecsen (Saracen).

While szerecsen is derived from Saracen, it refers to black people, though its usage fell out over time. Saracens were quite often used for the Arab and the Turkish soldiers of the Eastern Mediterranean, it was used during and after the Crusades and it had some respect in it. They were deemed as enemies but still skilled soldiers.

When an officer asked him why he wanted to become a soldier, Ali Mahmud replied “because I want to merit a Hungarian girl!”. Sadly there are no later records of him, whether he survived or married someone. Hopefully, he found a Hungarian woman and lived a happy life. 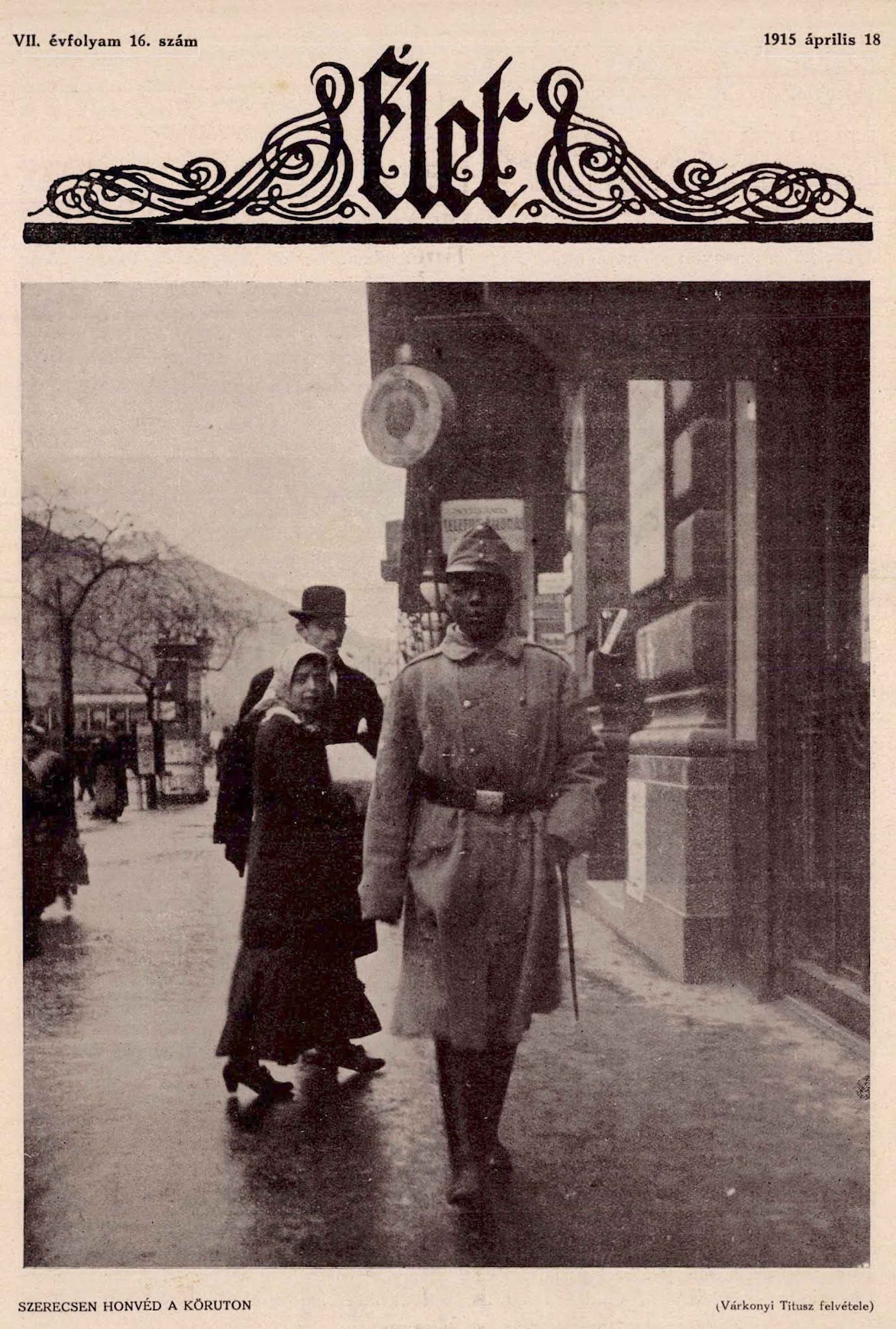 The picture as originally published in a Hungarian newspaper.

This picture was taken during the Great War and the Austro-Hungarian Empire was perhaps the only European empire in that time that was built not around nationalism, but universalism.

The Empire consisted of and recognized over a dozen distinct ethnicities that used diverse languages, followed different traditions, and had different histories. The only thing uniting the Empire was the fact that all these people were subjects of the Emperor, regardless of their ethnic origins.

This was a big problem during the war that Austro-Hungary had so foolishly started, as troops often did not really want to fight, especially during a war started purposely to avenge the death of Archduke Franz Ferdinand that nobody, including the Emperor, really liked. Even more so, Slavic troops usually did not like the idea of fighting other Slavs.

We can speculate but it seems very likely that this picture was very useful as a propaganda tool, showing that even someone coming from such a remote country can identify himself as Hungarian. Even such people are willing to fight for their country and are allowed to do so, showing the unity that the country was so badly lacking.