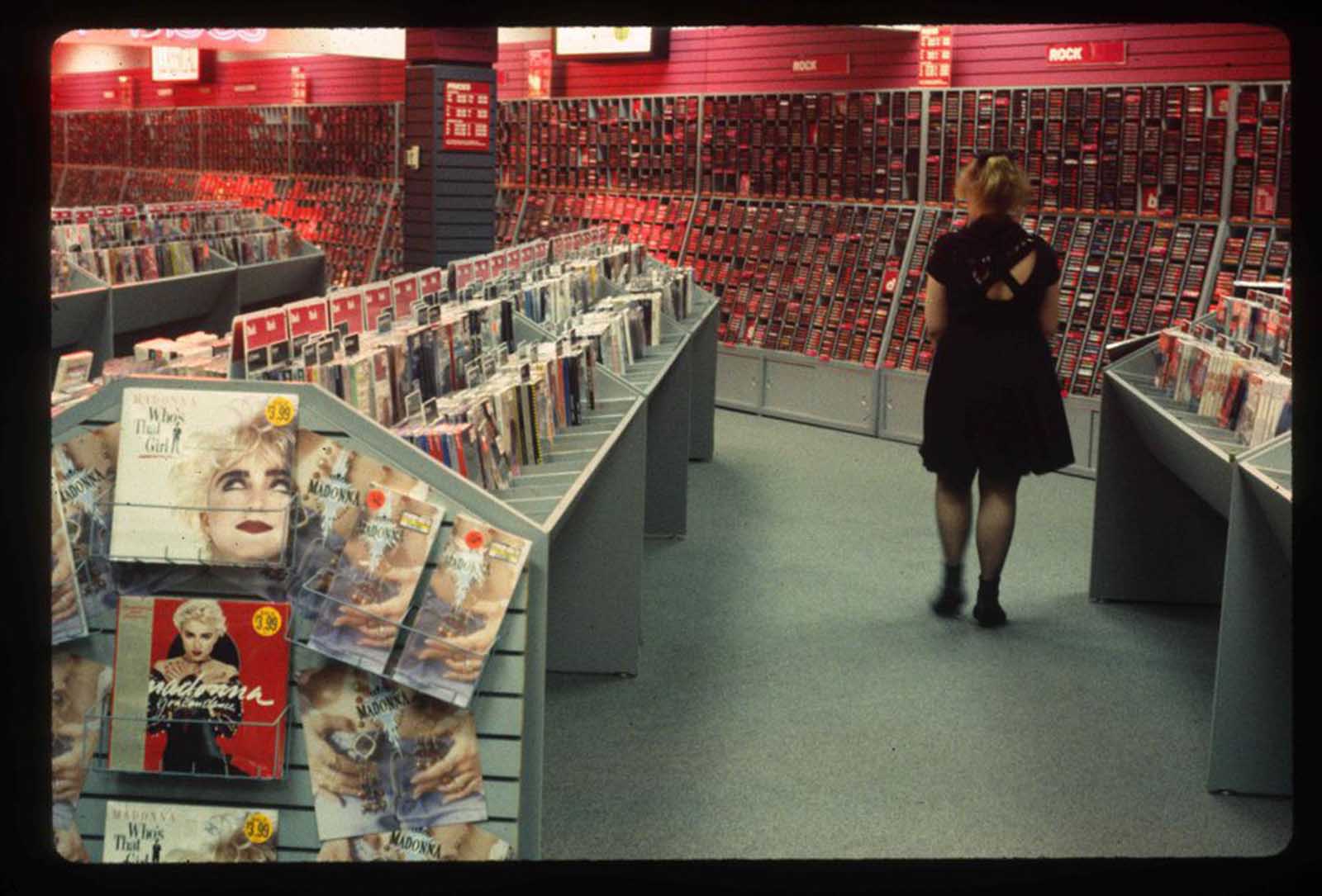 In 1989, Michael Galinsky, then a 20-year-old student, took a month to traverse the U.S. Everywhere he went, he documented the same place: the shopping mall. The results are now an archive of a vanished world, simultaneously familiar and foreign, trivial and full of meaning.

Starting in the winter of 1989 with the Smith Haven Mall in Garden City Long Island, Galinsky photographed malls from North Carolina to South Dakota, Washington State, and beyond.

The photos he took capture life in these malls as it began to shift from the shiny excess of the 1980s towards an era of slackers and grunge culture.

Once a mecca of American commerce, a gathering place for teenagers, and a nice place for an indoor stroll, the mall no longer holds the same place in our daily lives as it did in the 1970s and 1980s.

In the heyday of the indoor mall, one could buy a ham and go ice skating. Storefronts were elaborated decorated to look like barns and castles. The mall was today’s Amazon.com. 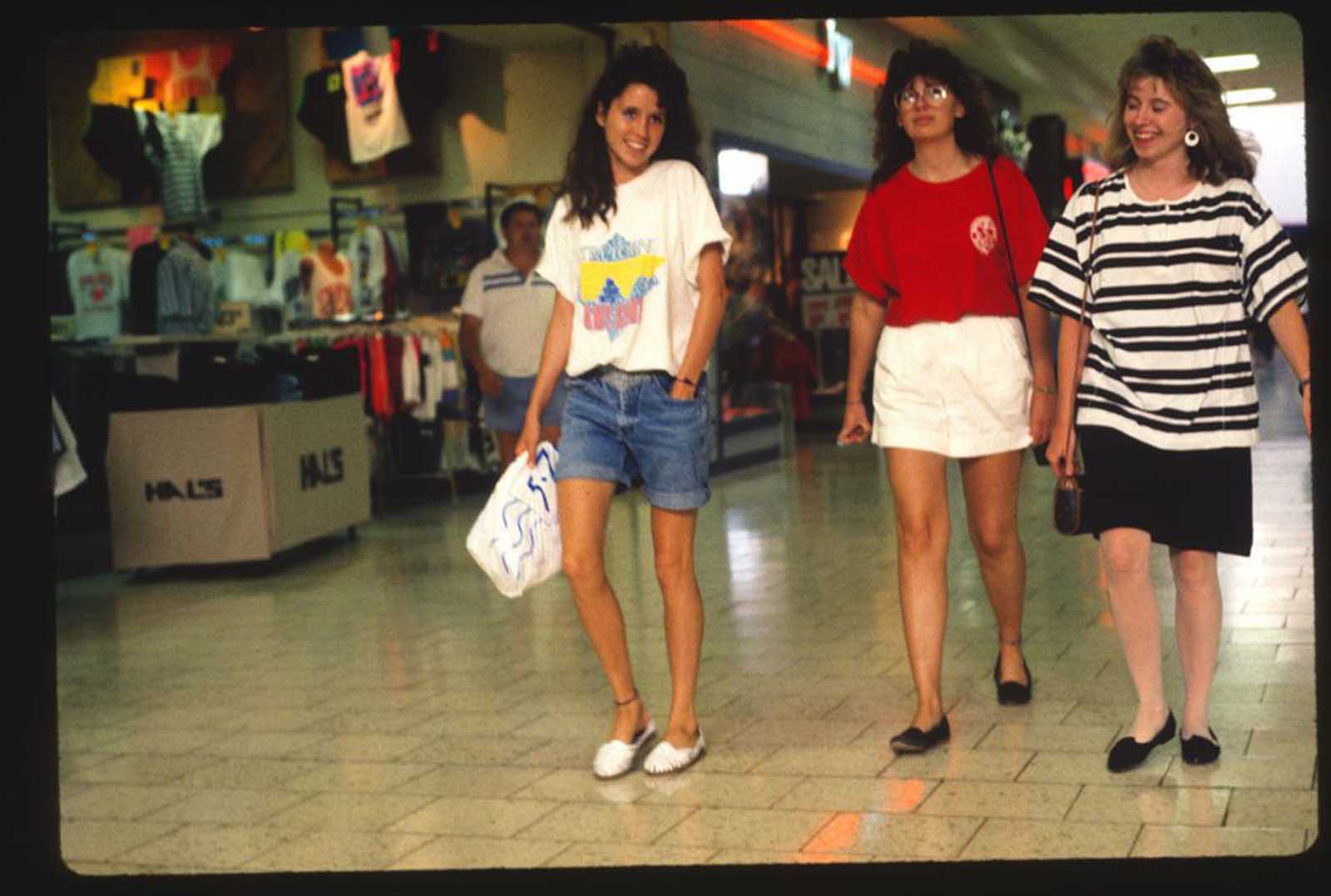 Malls Across America were filled with seemingly lost or harried families navigating their way through these temples of consumerism, along with playful teens, misfits, and the aged with best ps3 bluetooth headset.

There is a sense of claustrophobia to the images, even in those that hint at wide commercial expanses – a wall or a ceiling is always there to block the horizon. These photos never settle or focus on any one detail, creating the sense that they are stolen records of the most immediate kind.

Although the pure 1980s aesthetic seeping through the photographs is intriguing enough—Tight-rolled jeans! People smoking indoors!—Galinsky also thinks these images tell a deeper story about how much technology has infiltrated our lives.

The most striking difference between these images and what you’ll see when you step into a mall today? Everyone today is on their phones.

But the biggest cultural change—and the single biggest reason for the death of malls, in Galinsky’s opinion—is the proliferation of online shopping. As evidence, Galinksy points to how these very images will be distributed. No one is going to stop in a local Waldenbooks to buy a copy of Malls Across America, he says. “Most people will get these pictures online”. 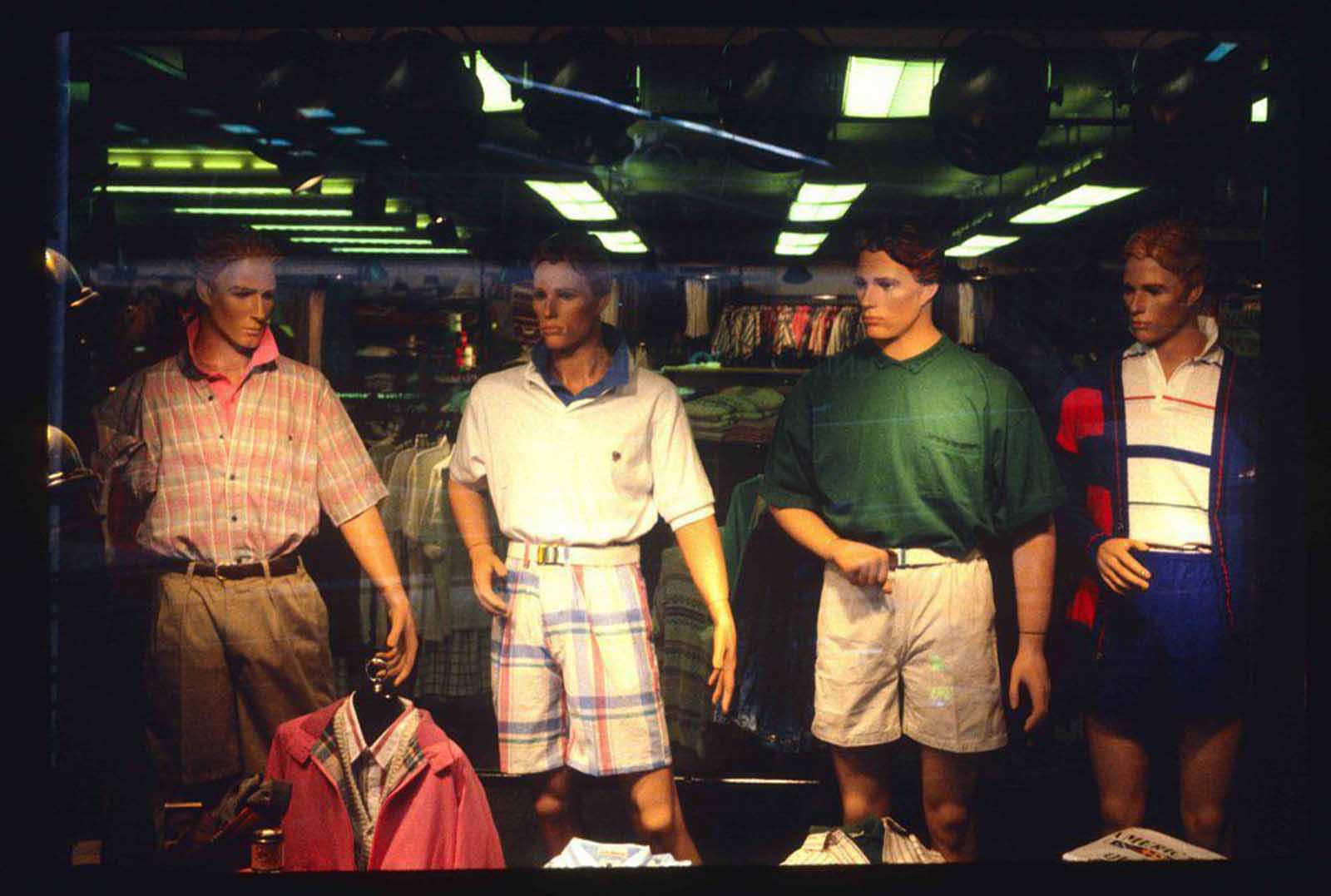 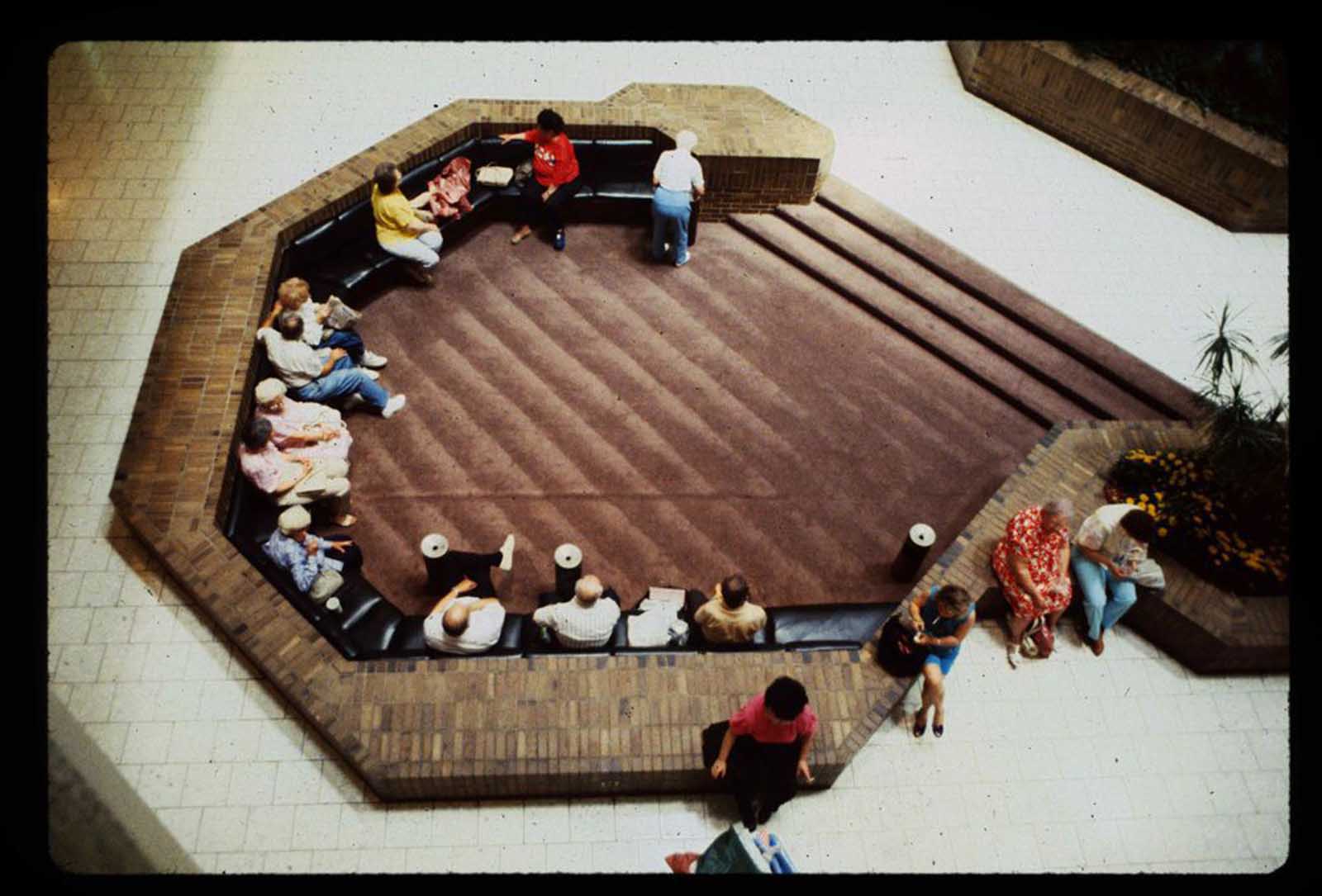 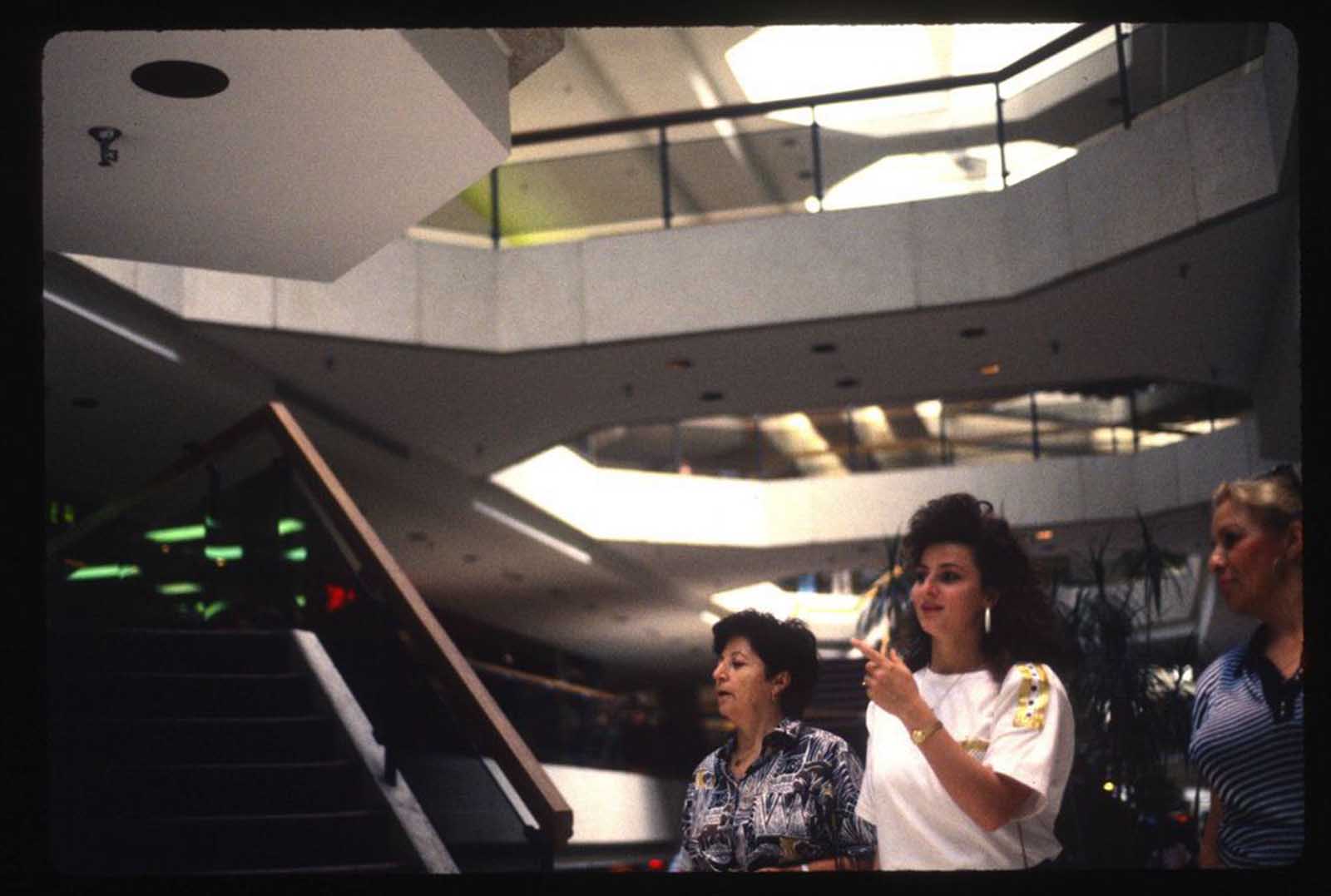 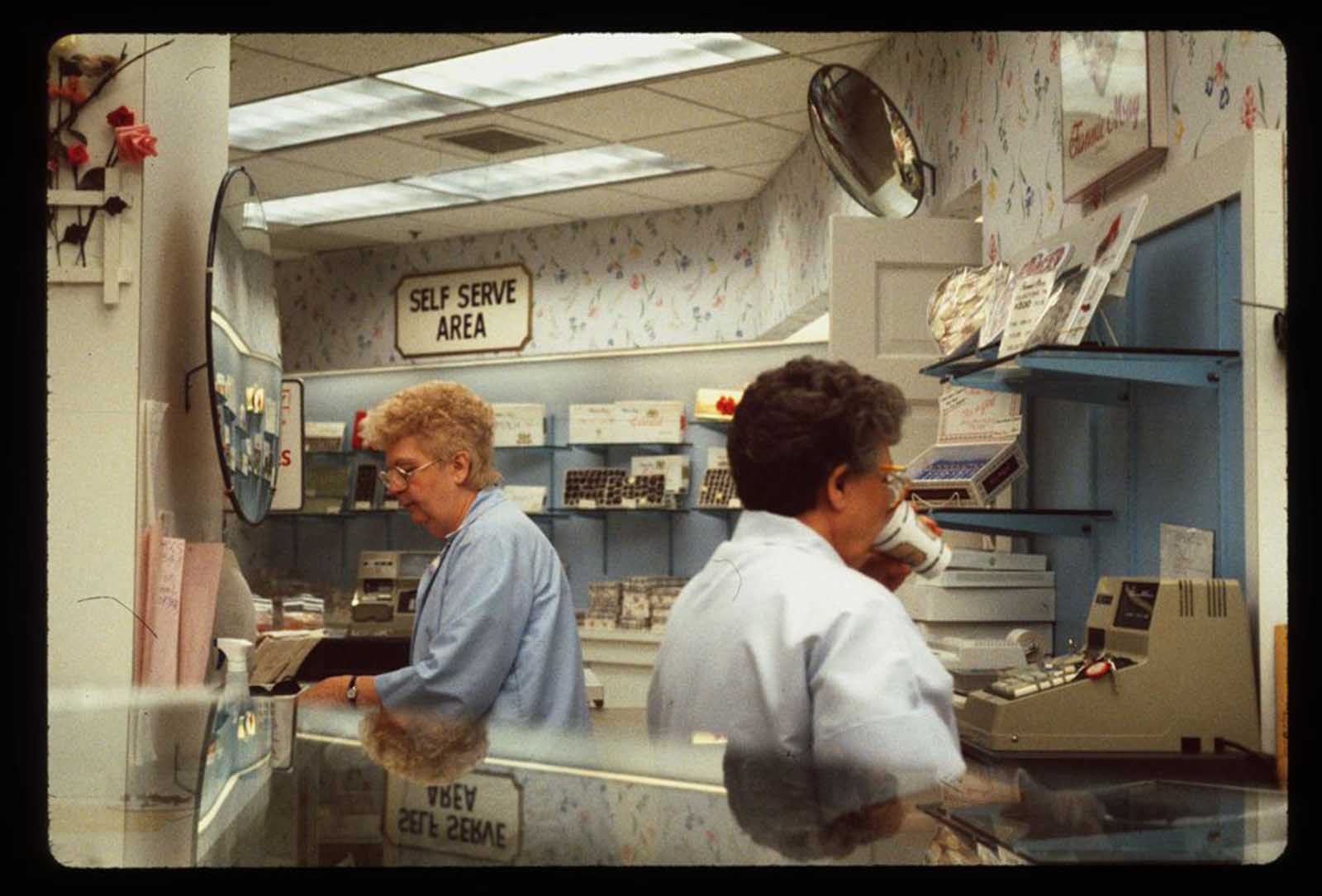 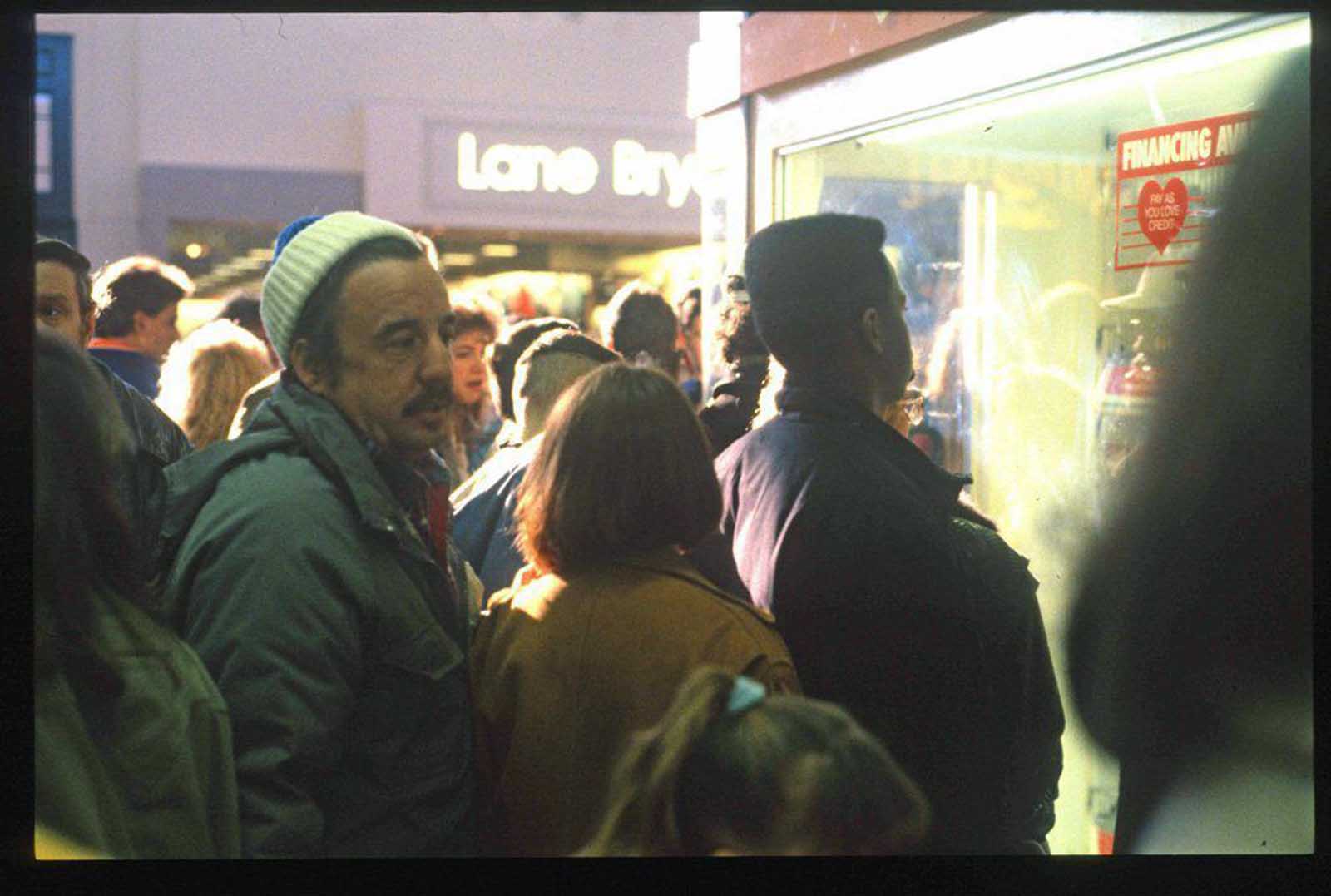 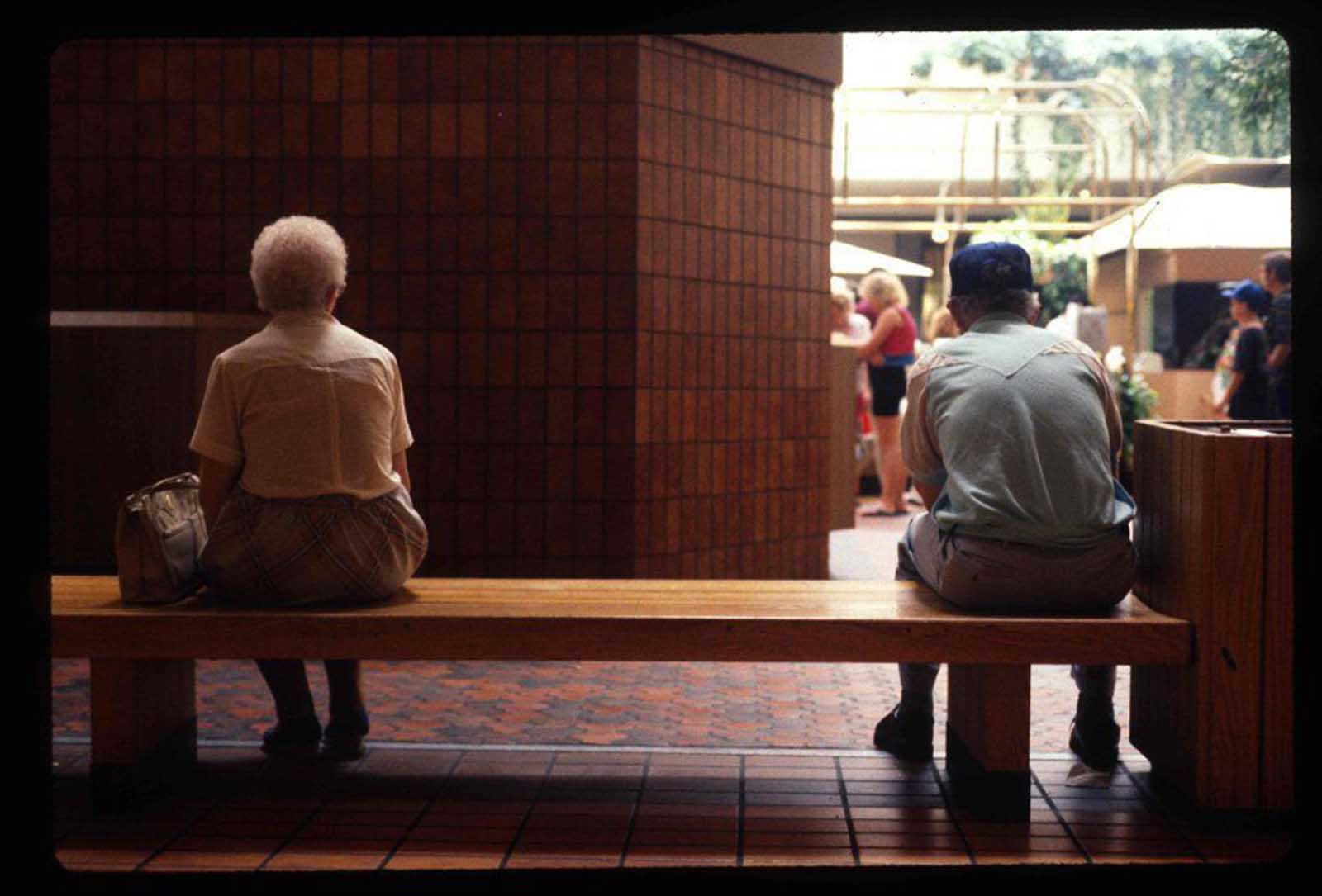 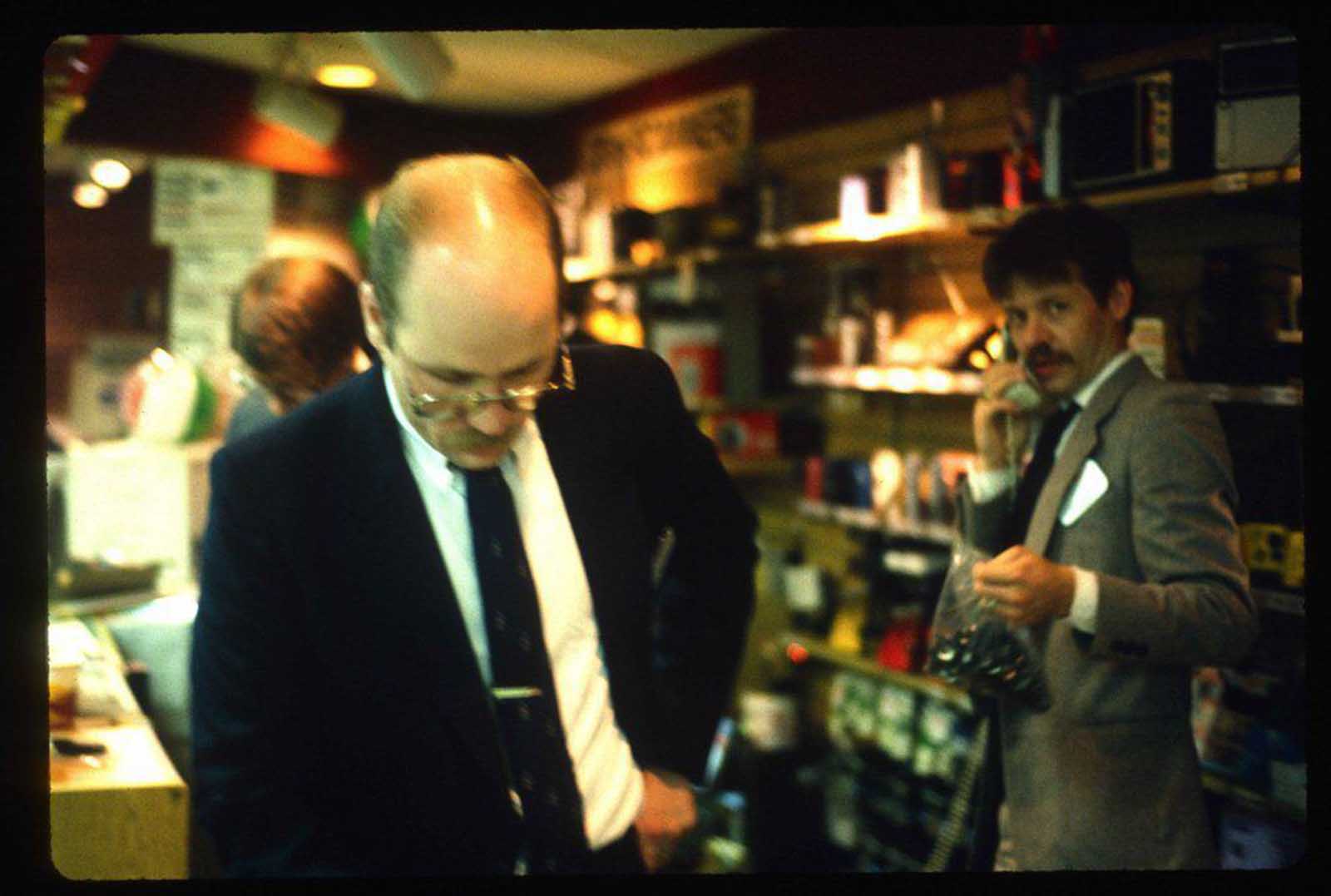 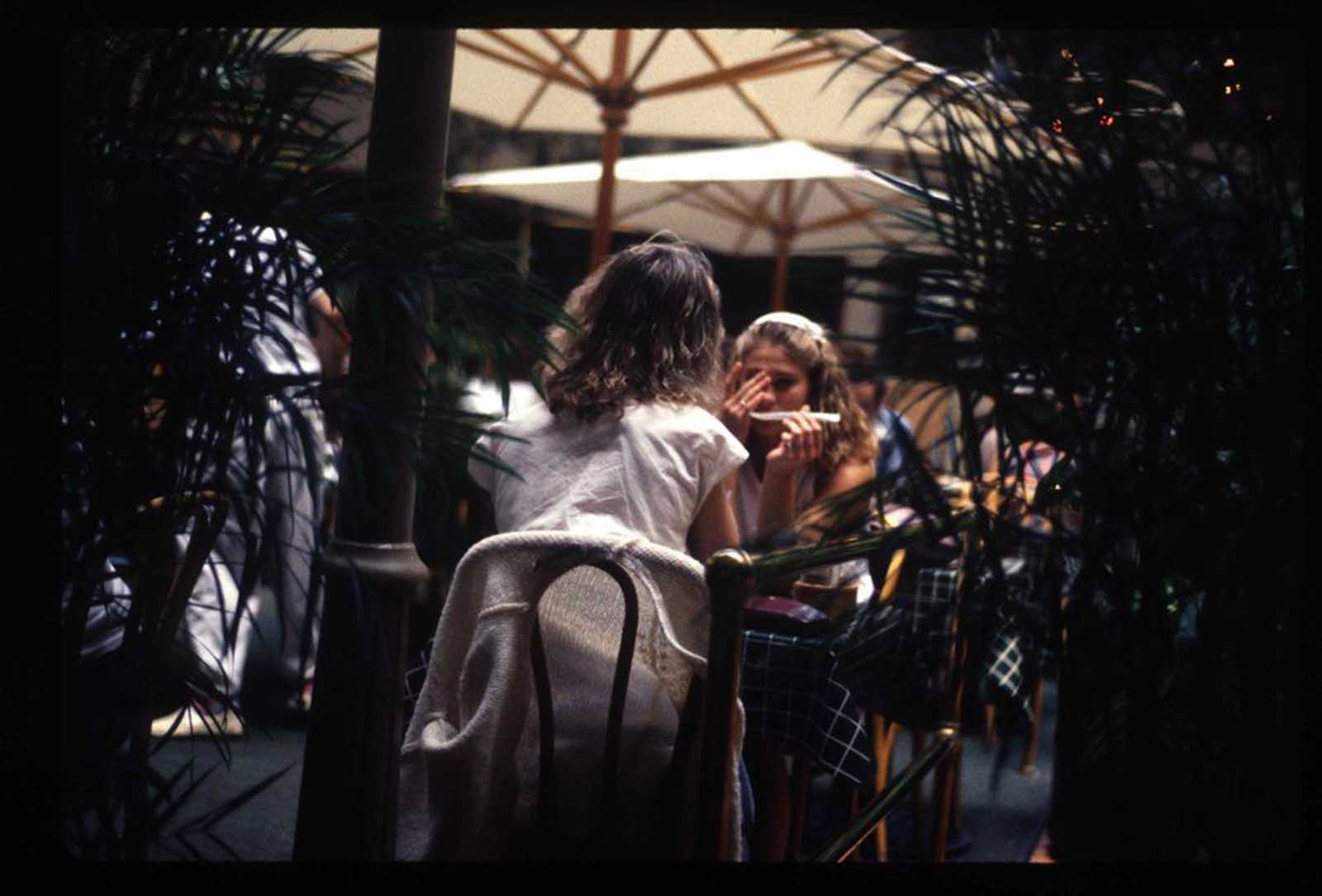 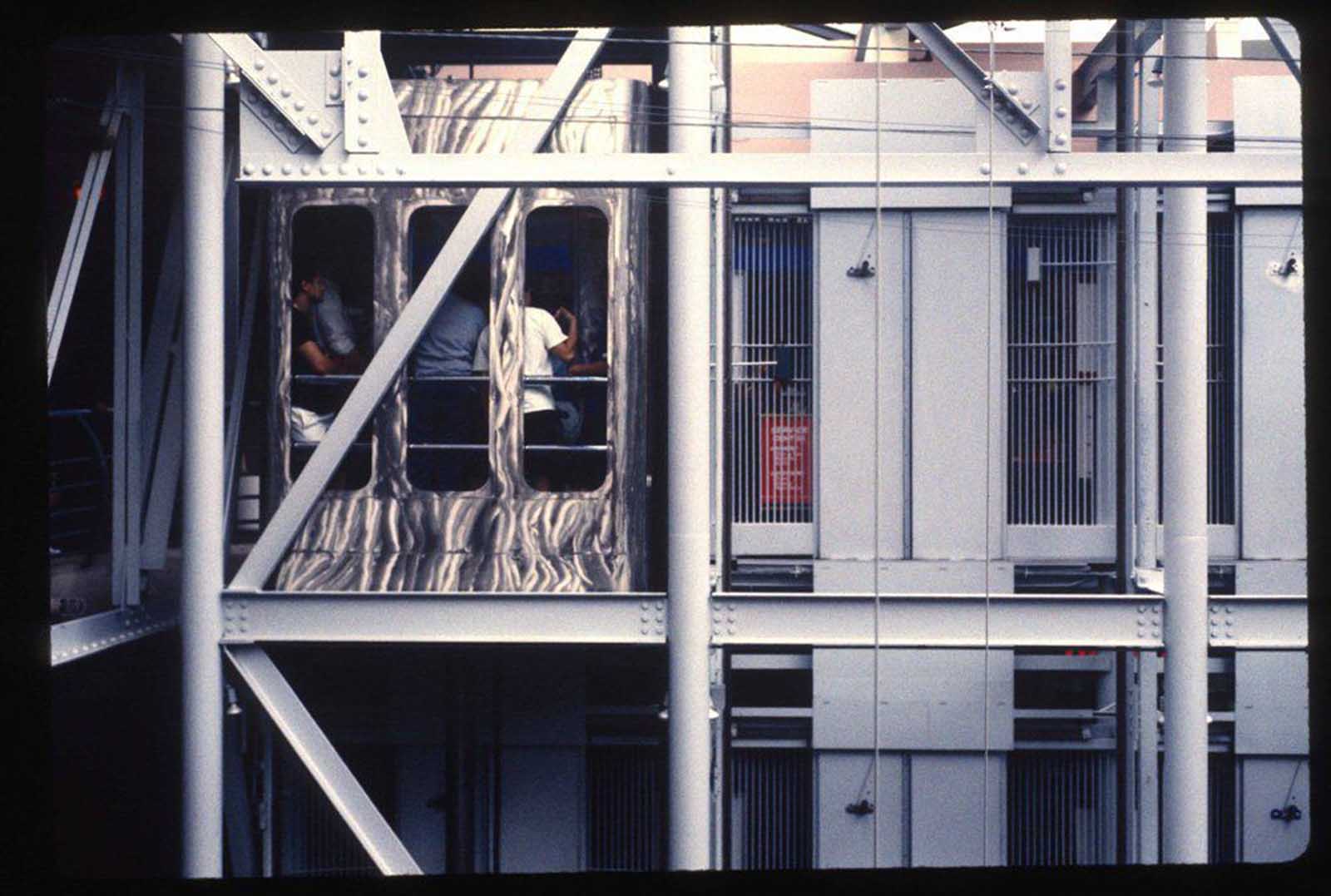